Peace brother, thanks for letting us ask you a few questions! We really appreciate what you are doing and your incredible work ethic. How do you feel? How did you experience this last troubled year with everything that happened out there?

NOWAAH THE FLOOD: “Peace. I feel great. It has been business as usual for me, except for being unable to travel like I want”.

Your name has been resonating in the underground circuit for just a couple of years, since you released Trill Life Mathematics with the producer Architect in 2018, but you’re not a young man though… So can you tell us what’s your personal story? When and how your rap career has started ? Where have you been before and what did you do?

NOWAAH THE FLOOD: “Yes, I’ve been doing this since 9 years old — rapping at block parties, talent shows and all that. When I started it wasn’t easy to get on unless you lived in the NYC or LA area. So I’ve always been nice with the music, even though I just started putting out songs on SoundCloud in late 2016. By 2017 I was on all the blogs from Mass Appeal to Insomniac Magazine, leading up to my debut with Bay Area legend The Architect in 2018 and that’s where it all started”.

What’s the story behind your rap name Nowaah The Flood? Where does it come from?

NOWAAH THE FLOOD: “Nowaah is my righteous name, it comes from being a knower or one who does the knowledge. The Flood was an add-on from one of my mentors and needless to say that name stuck”.

As we said your work ethic is crazy. In a couple of years you released a great amount of projects…But let’s start from the last one you released last month, “Right Over Left” entirely produced by the british beatmaker Giallo Point. How did you connect with each other and how did the idea of ​​collaborating with him for an entire album come about? How was the process and where did you get the inspiration for this album content?

NOWAAH THE FLOOD: “Me and Giallo Point already had joints from “The Imperial Flood” and “The Piece With The Magnetic” albums, so it was only a matter of time.
The process was easy, just picking the beats and going from there. My inspiration comes from life experience on all level”.

What’s the meaning of the album’s title “Right Over Left” and behind its cover artwork?

NOWAAH THE FLOOD: “The Title “Right Over Left” means to stay steadfast on your square (commonly known as B-Boy stance). The artwork was done by Dani, one of my frequent collaborators, and it shows an image of Malcolm X amongst the evil media shining! ”

Even if you have been mostly active since 2018, your catalog is already insanely dope and deep: In your opinion, what’s your most defining project and why? 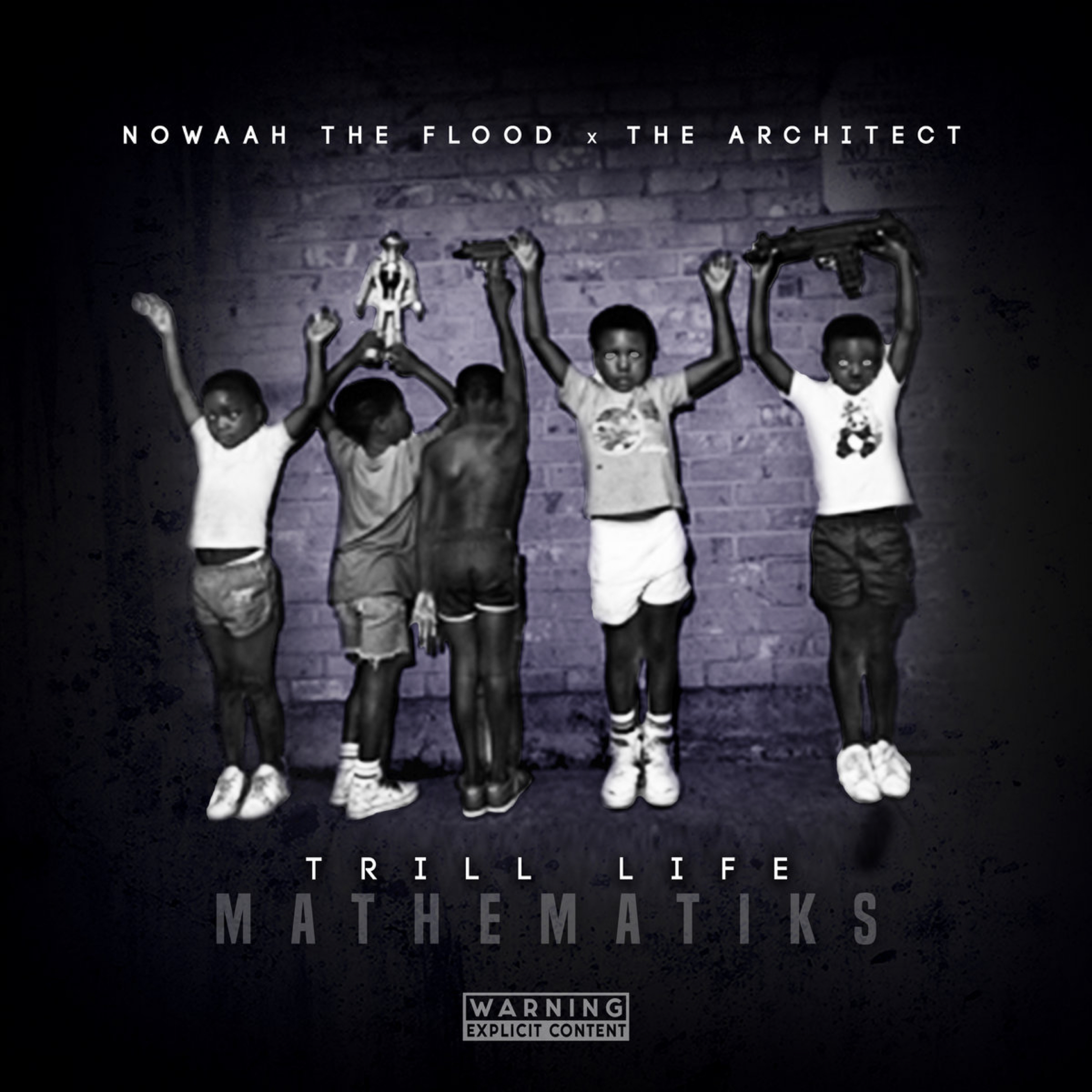 In addition to Giallo Point, you already worked for entire albums with The Architect, Stu Bangas, DirtyDiggs, El Maryacho. In fact, you often like to collaborate with one producer at a time, why? How do you usually work with them? Have you had the opportunity to work directly in the studio with any of them? Which other beatmaker do you think you will collaborate with in the near future? Who’s in your bucket list?

NOWAAH THE FLOOD: “Mostly because everything is already sonically intact. Usually I get beat packs over the net. I work with The Architect and Dirty Diggs directly.
There’s no telling who I will work with in the future. My bucket list is JuJu (Beatnuts), Showbiz (DITC), Preemo and DJ Quik to name a few.”

You are one of the finest representatives of this “new golden era” / “renaissance” wave of dope underground Hip Hop music. What’s your feeling about it? Why has there been a comeback of this “dirty” and grimy underground Hip-Hop, in your opinion?

NOWAAH THE FLOOD: “Thank you. I feel good about it, finally!

Everything comes in circles so eventually the raw Hip Hop sound was gonna come back to the forefront”.

You have also linked up with some of the dopest underground MCs of this wave out there, such as Estee Nack, with whom you collaborated on the El Maryacho album “Planted Seeds”, or Recognize Ali, Al.Divino and Ca$ablanca: How did you know them and how were these collaborations born? Who are the other MCs you usually love to collaborate with or would love to?

NOWAAH THE FLOOD: “Planted Seeds was a producer album (El Maryacho) where both myself and Estee Nack were featured, but it was peace rocking with my brothers in truth. A lot of them are just be one degree of separation. Ca$ablanca’s my neighbor so a lot of joints just happen on the whim. A dream collab would be working with Jay Electronica”.

How do you keep your pen this sharp despite the many releases ? What keeps you inspired ? And what influences you artistically? And what’s about your top 5 MCs ever?

NOWAAH THE FLOOD: “For me keeping my pen sharp — that’s natural. Life keeps me inspired. My top 5 are Half-A-Mill, Big L, Ghostface, Biggie, and Nas.”

This is a very interesting topic for us and, unfortunately, there is not enough knowledge about it here, so we would like to better understand the meaning of these powerful messages for what our means and possibilities are. In fact, in your rhymes you often refer to the lessons of the Nation of Islam’s father, Elijah Muhammad: What do they mean to you for you? What’s their importance in life and In which way do they influence your art?

NOWAAH THE FLOOD: “I have been a Five Percenter since age 12, so you’re gonna always hear a jewel here and there in the music.

What’s your plans for the future? What are you working on, now?