Roc Marciano, born Rakeem Calief Meyers in 1978, grew up in New York in the Hempstead neighbourhood, specifically in the 100 Terrace Ave Projects. He came up in what citizens of the big apple call Long Island, an area further east than the better known boroughs of Brooklyn and Queens. This block has always been one of the poorest and most infamous in the city so inevitably young Rakeem (Roc Marci) found himself caught up in the street life. However Rak, or Rocky as his friends called him, had a special talent for rap music and was encouraged by his older peers to follow the path of a career in music. He took on the stage name Roc Marciano in honor of the undefeated Italo – American boxing champ. Although Long Island isn’t as famous as other New York boroughs for its contribution to the Hip-Hop genre it has birthed some among the most legendary figures in the game, like Rakim and MF Doom for example. Roc Marciano would take inspiration from these cats as he was coming up, but he has revealed that his greatest influence was Kool Keith from the Bronx. 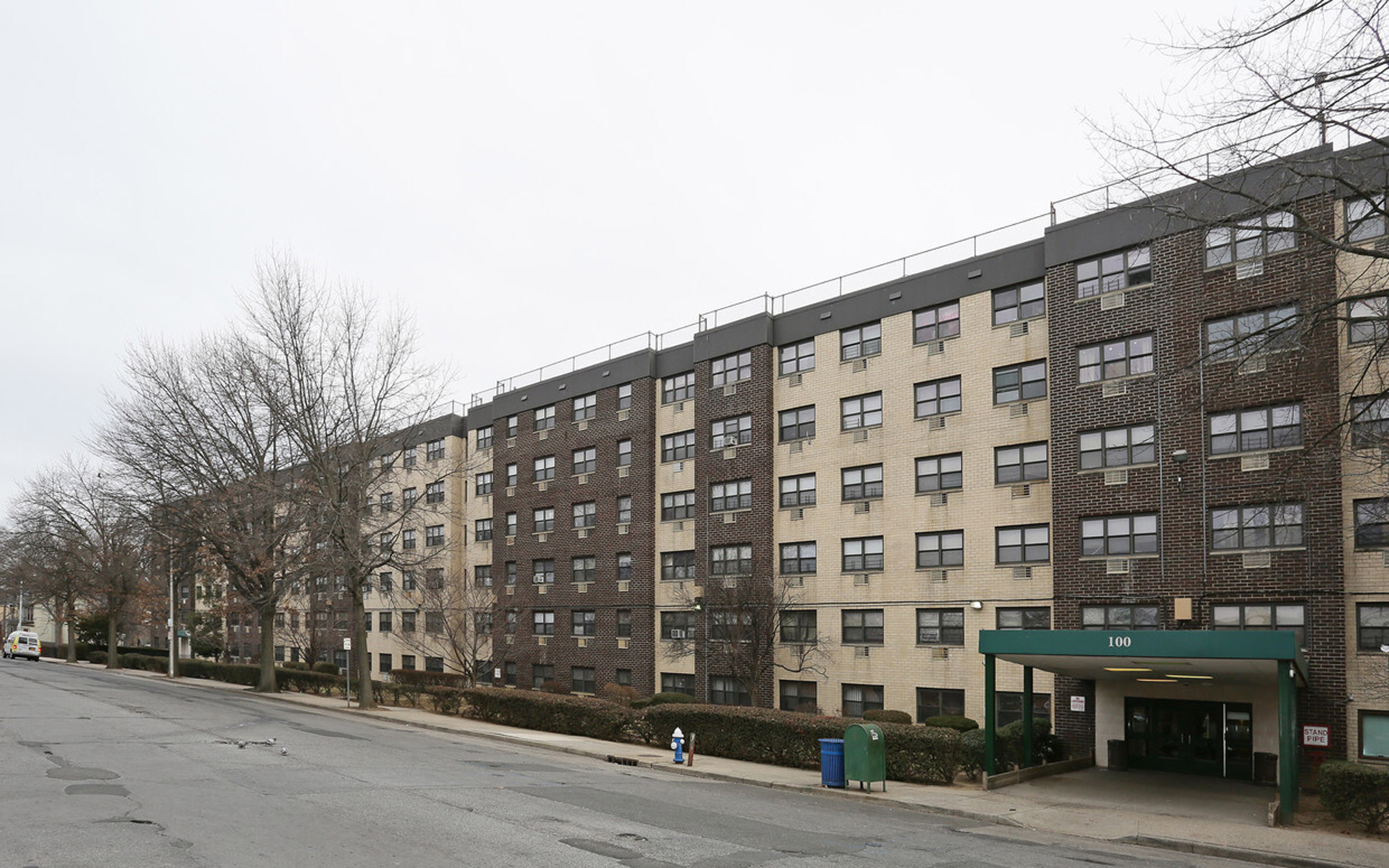 Despite his raw talent Roc Marci was not yet able to dedicate himself completely to his musical career without a record label investing a significant budget. He preferred to maintain a foot in the lucrative criminal activities of his neighbourhood. Since the end of the 90’s however, the Hempstead rapper had been in close contact with Busta Rhymes, an MC hailing from nearby Brooklyn, who was already very successful. Busta immediately became (and still is) one of Roc Marciano’s biggest supporters and invited him to be a part of Flipmode Squad, the super-group he had recently formed. He was featured on “The Heist”, a track off Busta’s 4th studio album “Anarchy” (2000). In this banger Roc Marci trades bars with Raekwon The Chef and Ghostface Killah of the Wu Tang Clan, two well established heavyweights in the game

The young and skinny looking Roc Marciano, fresh off the streets, featured on many tracks released by Busta Rhymes’ collective and showcased his talent. After a few years he left the super-group to follow his own path and express his potential to the fullest degree. This difficult choice caused the record industry shun his talent for a long period of time. 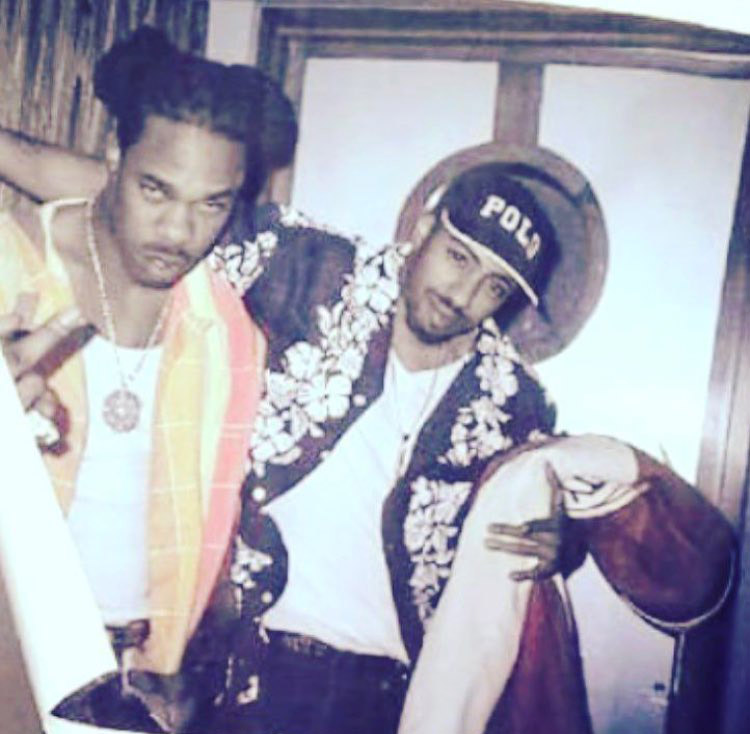 After leaving the Flipmode Squad Roc Marciano was no longer under Busta Rhymes’ protective wing. He continued to work on his music, producing his own beats, collaborating with beat maker Pete Rock and three MC’s by the name of Mike Raw, Dino Brave e Laku with whom he subsequently formed the U.N collective. With this new outfit he released, between 2003 and 2004, the mixtape “Strength & Honor” and the album “U.N or U Out”. Despite the strength of these dusty and claustrophobic sounding tracks, whose soundscapes perfectly depict the atmosphere on Hempstead’s blocks and the street attitude of Roc Marci and his associates, they reached a restricted audience.

Roc Marciano’s career in the mid to late 2000’s was slow moving. He only featured on the compilation “Wu Tang Meets Indie Culture” (2005) and Pete Rock’s album “N.Y’s Finest” (“2008). Finally in 2010 he dropped his first solo project “Marcberg”. A condensed powder-keg of crude, essential beats and rhymes in full New York style. This legendary body of work dropped just as the U.S rap market was shifting towards the deep south and Atlanta. The Big Apple seemed to be losing its role as a musical trend-setter in the game. 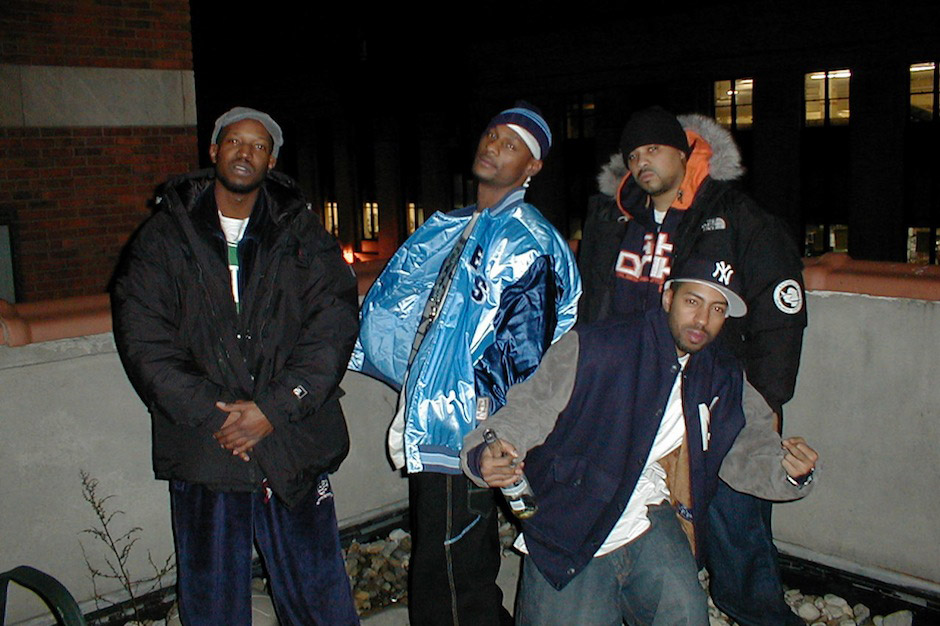 When Roc Marciano released Marcberg the music industry still followed old patterns, radically different from today’s rules of engagement. Promoting an album independently, without relying on a budget and the record label’s well oiled machine was complex and risky. Nowadays, thanks to the mass diffusion of internet, this is much easier and financially viable. Roc Marci though, ever since the release of his debut album, already had a clear picture of the kind of artist he wanted to be. His independent maneuvers paved the way and inspired numerous underground artists in the years to come.

In truth the Long Island rapper saw his music firstly as an artistic expression, in which lyrics had a prime role. In addition he stressed the importance of fitting rhymes to the beat just as the New York rhyme masters had always professed. Beats and rhymes were the only things which inspired Roc Marci. This is why he tied his artistic identity to this culture’s essence maintaining a raw, uncompromising sound that does not bow its head to the moment’s fads and trends. His penmanship in fact was ever more distinguished by witty and intelligent verses while still remaining steeped in street life imagery.

I learned from the old heads, Invest the overhead
Don’t let what was said go over your head
Don’t go and bet the whole loaf of bread
So many soldiers bled It left the ocean red
Open your head, Brain matter fell on the Pro-Keds
Broker deals with the cokeheads ,It came when the culture was dead
I shocked the game Rose rose from the bed
Frankenstein with the bolts in the neck
I’m approaching the home stretch I only took a break to give the stove a rest…
…To get a different template I’m hot tempered
To get away from pigs as children
We hopped the fences To the project benches
The blocks was hot We was sprintin
Could’ve tried out for the Olympics, but I didn’t
Took a hit, got knocked, but pops was redented
Locked in prison on the block
Where White Suprem’ists rock swastikas
Even though the odds was against us God was with us
Roc Marciano-“CVS” Rosebudd’s Revenge 2 – 2018

Roc Marciano, the undisputed champion of the underground

Marcberg is recognized today as one of the timeless classics in New York style underground Hip-Hop. However, at its debut it was ignored by most journalists and blogs. This project only began to make noise and attract attention when Sean Price (R.I.P) decided to jump on the Snow remix.

But Roc Marciano didn’t stop here. He continued to widen his prospects and strive to better himself. In 2012 Marci released a new album titled “Reloaded” which definitively attracted the public’s attention and got great reviews. Marciano’s original style became his trademark and caused a large number of underground rappers to follow in his footsteps.

True to himself, Roc Marciano, continues to release his music through independent channels and is cornering an ever growing niche in the market which has made him even greater in the eyes of his peers. In 2013 he came out with the mixtape The Pimpire Strikes Back and his third album Marci Beaucoup.Marciano is extremely selective when choosing collaborators. He needs to have a strong personal connection as well as an artistic fellowship. His circle is very tight and includes friends and esteemed artists such as KA, Knowledge The Pirate, The Alchemist, Action Bronson, Westside Gunn and few others. As well as being a sharp and able MC, Roc Marci dedicates himself often to producing “tailor-made” beats characterized by his massive use of 70’s samples. Not to mention his pioneering of the “drumless beat” sound.

Even in the era of digital streaming, Roc Marciano has been able to hold up a profitable business model, which has since been greatly imitated. First he releases his digital products on his own website and only subsequently he uploads them to streaming platforms. This enables his fans to show their support directly to him.

In 2017 he released his fourth album “Rosebudd’s Revenge”, however 2018 may have been his most inspired year. During this time period he released a series of incredible projects such as the sequel “Rosebudd’s Revenge 2: The Bitter Dose”, “Behold a Dark Horse” and the extraordinary collaboration with Dj Muggs titled “Kaos”. In 2019 he dropped “Marcielago” and confirmed his status as a legendary leader of the Big Apple’s underground scene.