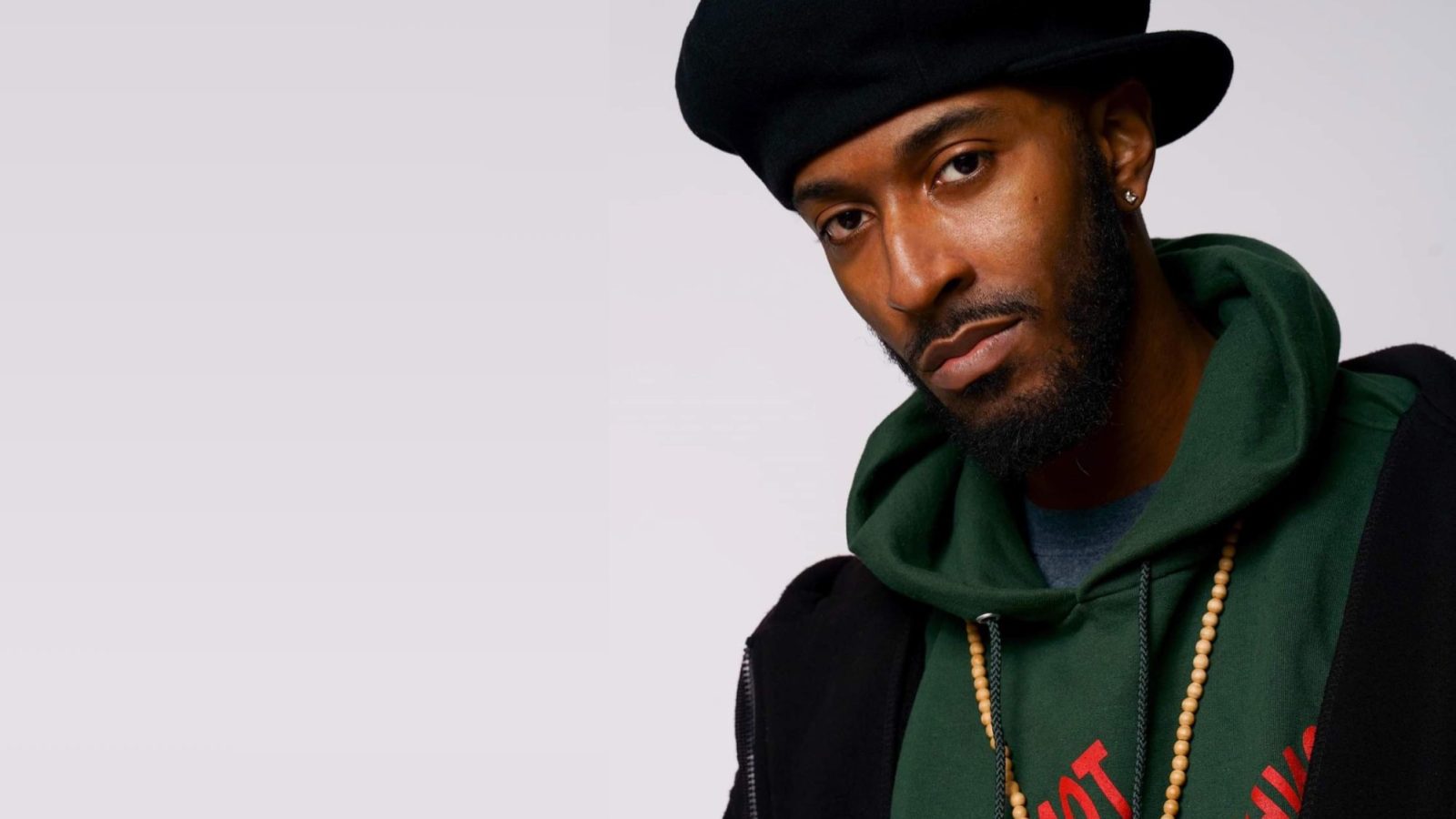 Hi Cee Gee, thank you for your willingness to answer our questions. We appreciate it. For those who don’t know you, how would you describe your “insider” role in the Buffalo Hip-Hop scene and beyond?

CEE GEE: “I am a record producer, DJ, historian, supporter, 1/2 of Green Giant, associate/affiliate of Griselda and co-founder of B.A.R. Association..”

Can you tell us what’s the feeling of being a “Buffalo kid”? How was growing up in Buffalo?

CEE GEE: “It was basic time for me growing up in Buff, even tho once when i got in my teenage years later on, the city starting to crumbles with the crimes, stores closing down, houses/buildings being torn down, folks moving in or out to Buffalo and a lack of support system in the city at that time.

For me I was that dude who has a knowledge of music, likes to play video games and trying to fit into the environment. Not knowing that music will be something I would do in the future at that time but I have had a media lifestyle DNA since my childhood”. 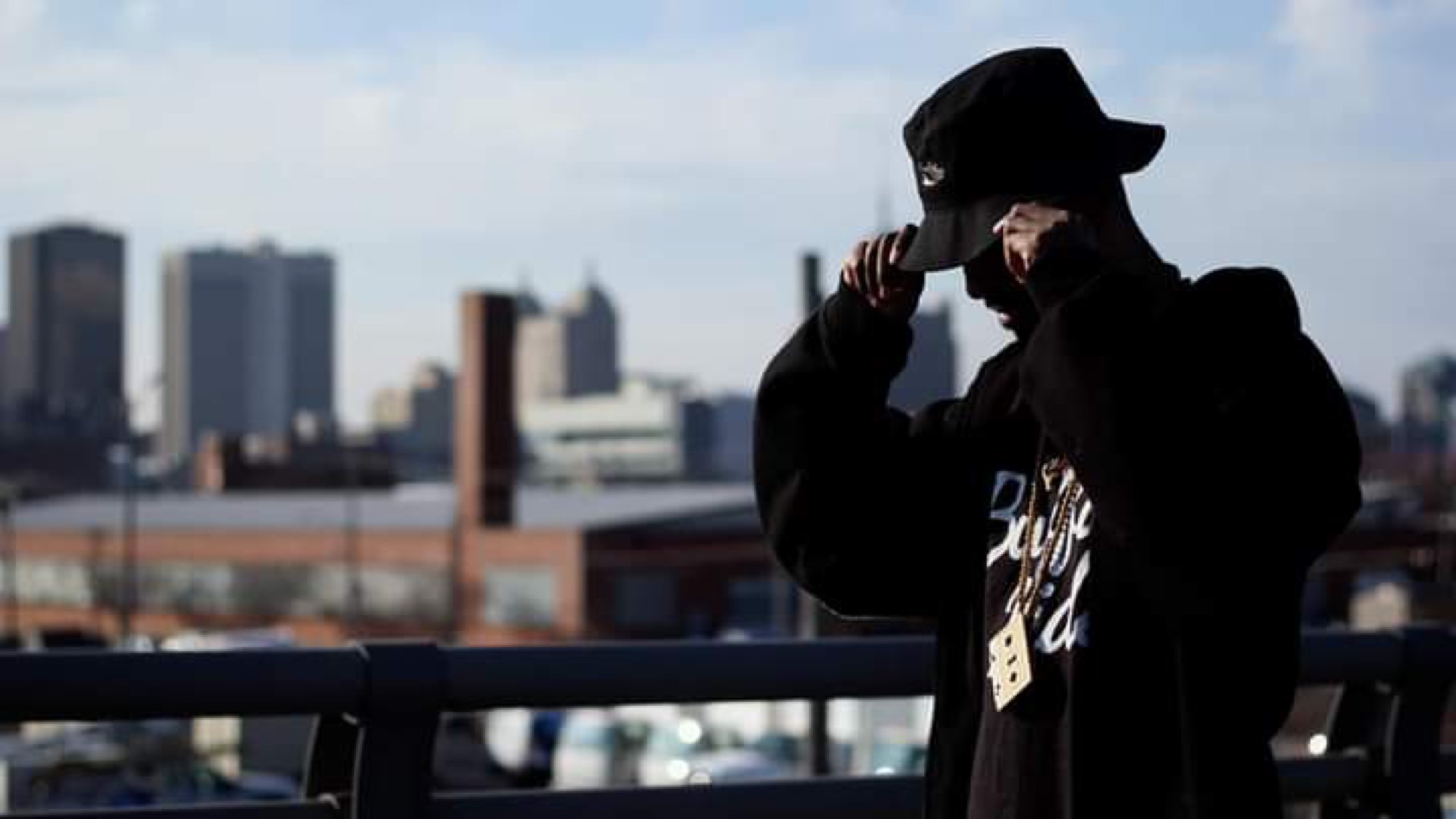 Can you talk about your merchandise and the whole Ceegeeology project?

CEE GEE: “Last year i put out my second album Classical Gifted in the early of 2020, a month before the covid pandemic storms up the world. While we was quarantined, I’ve came up the idea to put together my third album and finish up the trilogy of albums I did like The Research and Classical Gifted.

Concept-wise, I was approaching my 30’s during the making of the album you can tell the drawing evolution of myself drawn by the partner Seth Sketchr.

It was a quickest project I’ve ever worked on unlike my other two I’ve spent two years and a half working on each of them”.

“It was my personal album to me because on the album I’ve started it off talks about my legacy, the in the middle i got my father on the album and the closing track was my fellow B.A.R. Assoc. member Genecist tells a story about my life and career. Also this album was introduction to my crew B.A.R. Association which stands for Beats Arts Rhythms, folks like my fellow Green Giant, Bro Frigid Giant, Genecist, Mizzark, R&B sensation Sauce the Artist and Female MC Big Steph who later i added to the crew when I’ve dropped an Deluxe version of this album.

Merchandise wise, I do shirts, hoodies, limited copies of the album, etc.” 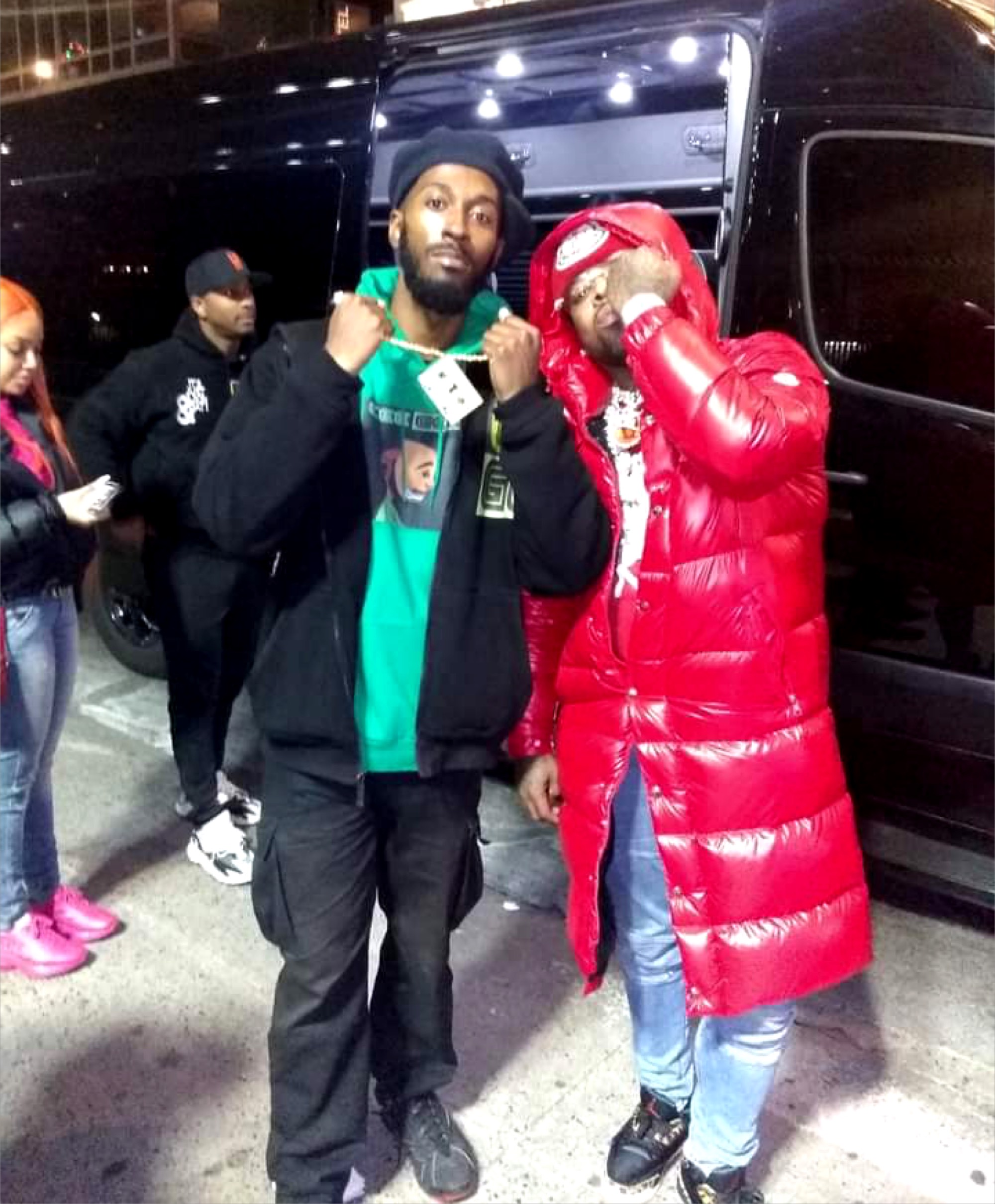 How did you end up working with Griselda and how the connection developed within you guys through the time?

CEE GEE: “I’ve met Westside Gunn back in December 2014 when he put together an event in Buffalo for promotion Hitler Wears Hermes 3. Also, he brought Skyzoo in town after they shot a visual for the song “Rolacks” off HWH3.

I’ve already met Daringer when he was on the DJ mode before I’ve got to know him as a producer, also that was an same night I’ve met Conway and then months later met Benny.

I was approaching to do music with them since day one but at that time, I was very unknown and brand new to the scene and they were unknown outside of the city as well, so i will link up wit them musically when it time is right until 2019 when I appear on Westside Gunn‘s seventh installment of Hitler Wears Hermes produced the track “Broadway Joes” and then Conflicted Soundtrack produced the track “Mission Accomplished” with Westside Gunn, Armani Caesar and Benny the Butcher.

You have contributed to the creation of one of the best albums of the year, Mach-Hommy’s “Pray For Haiti”: what was your role? And how was the making of the album?


CEE GEE: “I don’t have much details of making that album with them but I knew they working on it in the beginning of this year after West and Mach reconnected after they were split for few years. They recorded few tracks (including my produced track) off from that album in Puerto Rico around the end of April and the beginning of May.


When WSG announced the tape is dropping on Haitian Flag Day (May 18), I was amped to hear the project, keep in mind this was around my birthday week (May 20), unfortunately it officially drops a day after my born day. The same time I’ve dropped my third album as well”.

Can you describe to an outsider like us how it was exchanging ideas with masterminds like Westside Gunn and Mach-Hommy? In your opinion, what’s the characteristics that made them so ahead compared to the current Hip-Hop?

CEE GEE: “It’s all about the art, that’s basically what it is, because most of the time I’m not in the studio wit West. All I know that I can make dope joints depends what works for them”.

Did you collaborate on the creation / production of other albums? Which ones?


CEE GEE: “Not really, I’ve been sending beats package to WSG ( Westside Gunn) for him to curate other albums whether for his team or executive producer on other artists. I was supposed to do more joints after HWH7 was on top, West wanna hear what else I got cooking up, so I kept on make more beats to be prepared for them to reach me. For awhile i did some work with their circle like Rick Hyde, Elcamino, Camoflauge Monk, Keisha Plum, that’s basically all for now”.

A year has passed since the death of the late Dj Shay (R.I.P.) , a very important figure for the Buffalo Hip-Hop scene … How was meeting / working with him? And how would you describe it?

CEE GEE: “I’ve knew about Shay since the 90’s when he was a part of this rap group called The Brotherhood Nation, there’s a video on YouTube called “New Stylee ” you can look it up if you want. Then 2000’s, he was that guy in the city when he put together those Unsigned City projects and founded a label called Buff City Records, got a brother who was pushing this R&B group Off The Block at a time was an artist on the label.

I didn’t officially meet him until 2016 when i was at DBGB’s to see Large Professor perform. He was very cool and very visionary about bringing these talents to his studio establishment right across from the Zoo in Buffalo.

A year later, when he invited me down there to chill and work on something. I needed a studio home to record the first Green Giant album with Frigid, so I put up the money for recording sessions, reach out to him to use a spot for me and my partner record and the rest is history.

I was one of the last few guys to record that spot because me and Frigid finished record the album then later released it in 2018, the studio was no longer around once him and the rest of Black Soprano Family became who they are successfully, all of this before and after Benny dropped Tana Talk 3 it took him and his crew to the higher level”. 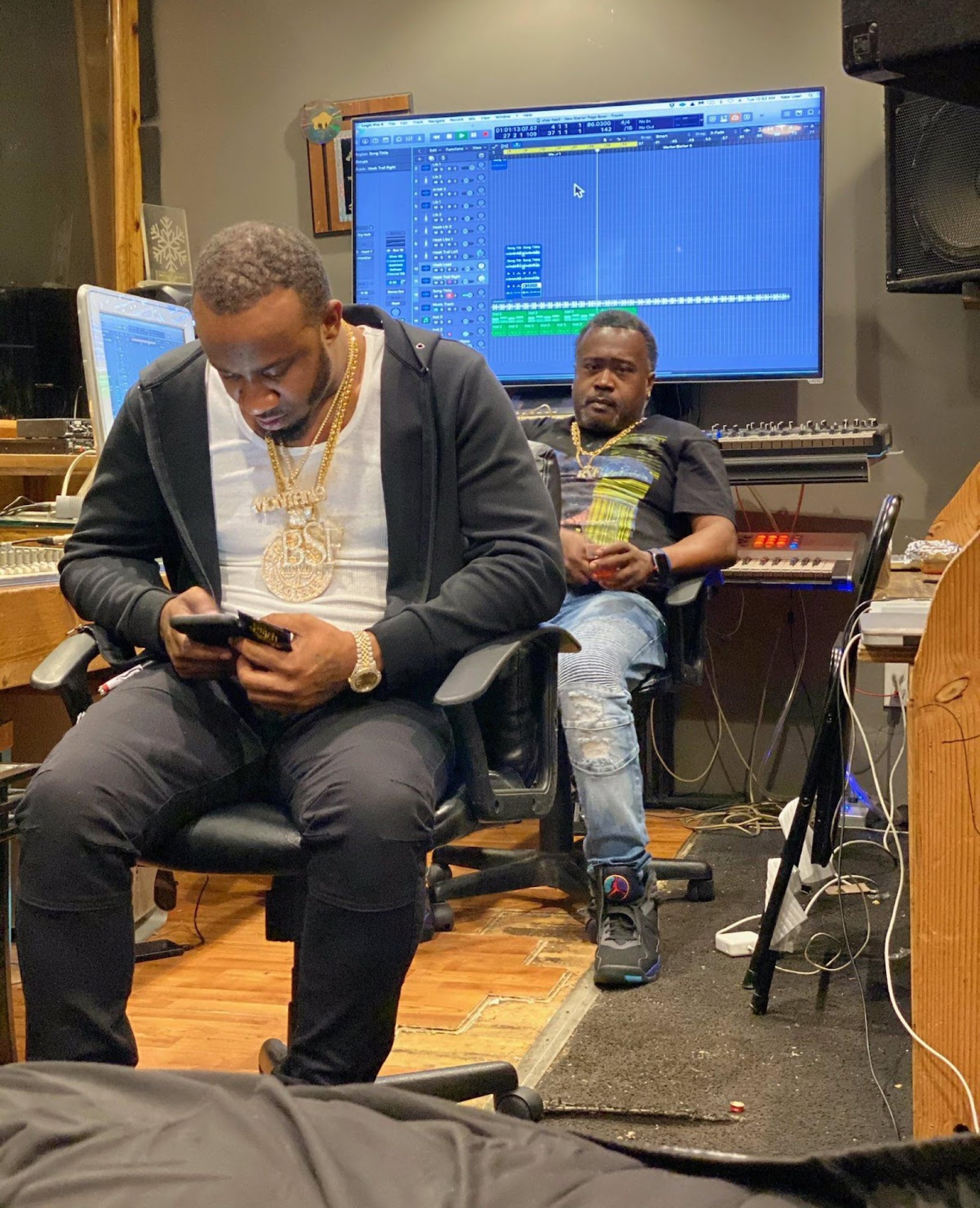 “My last time talking to Shay was when he called me and needed my assistant to help out his beat machine, he uber me to his house, he stayed across from my partner Genecist’s crib, I got over there to his basement to help out, there wasn’t that much it was some button pads to be fix. After that, it was my last time I’ve officially talked to him in October 2019 few months before his untimely death in August 2020”.

Could you describe the Buffalo Hip Hop scene before and after Griselda’s impact?

CEE GEE: The scene back then was very unique when I first came around in 2014. For the most time, I’ve met a lot of artists in town and shows up their events to support from 2015 to 2020. The impact in the Buffalo scene did change as the years came on when it comes to music, arts, fashion and entertainment before and after Griselda did got everyone’s pay attention and pushing their passion very strong like yours truly”.

What are your favorite albums of 2021?

Which album in Hip-Hop history would you have wanted to take part in to make it a classic?

Can you tell us 3 artists that you are interested in working with in the nearest future?


CEE GEE: “Little Brother, Elzhi and Skyzoo. I did had an opportunity to met them and I’m willing to do some production wit them. Even though I am working on a production album with Deuce Ellis titled The Green Ouroboros, named after the song title off my third album CeeGeeOlogy. Me and Deuce will be co-producers for this project and will be curating artists to appear on it as well, hopefully you will be hearing one of them on there”. 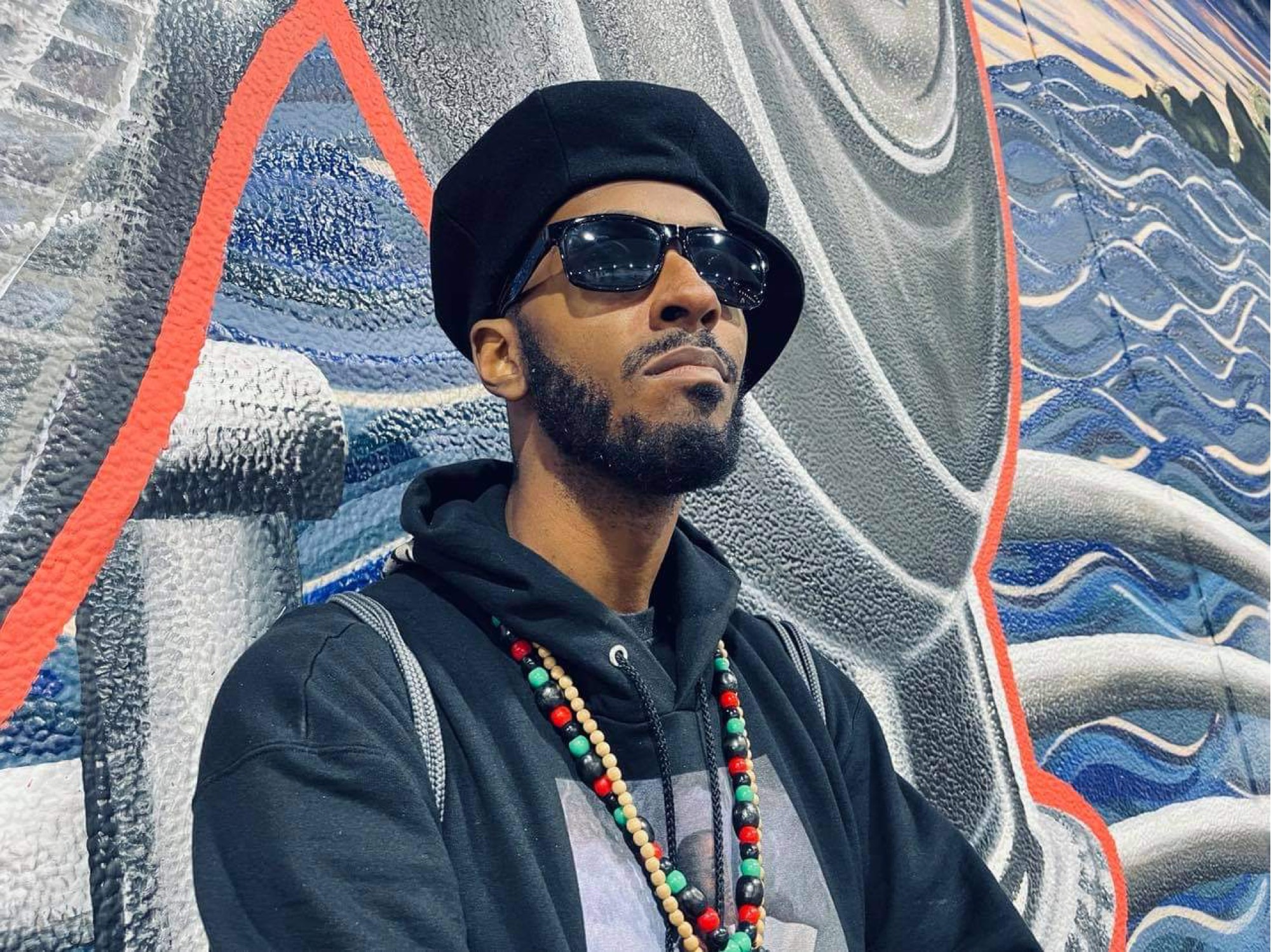