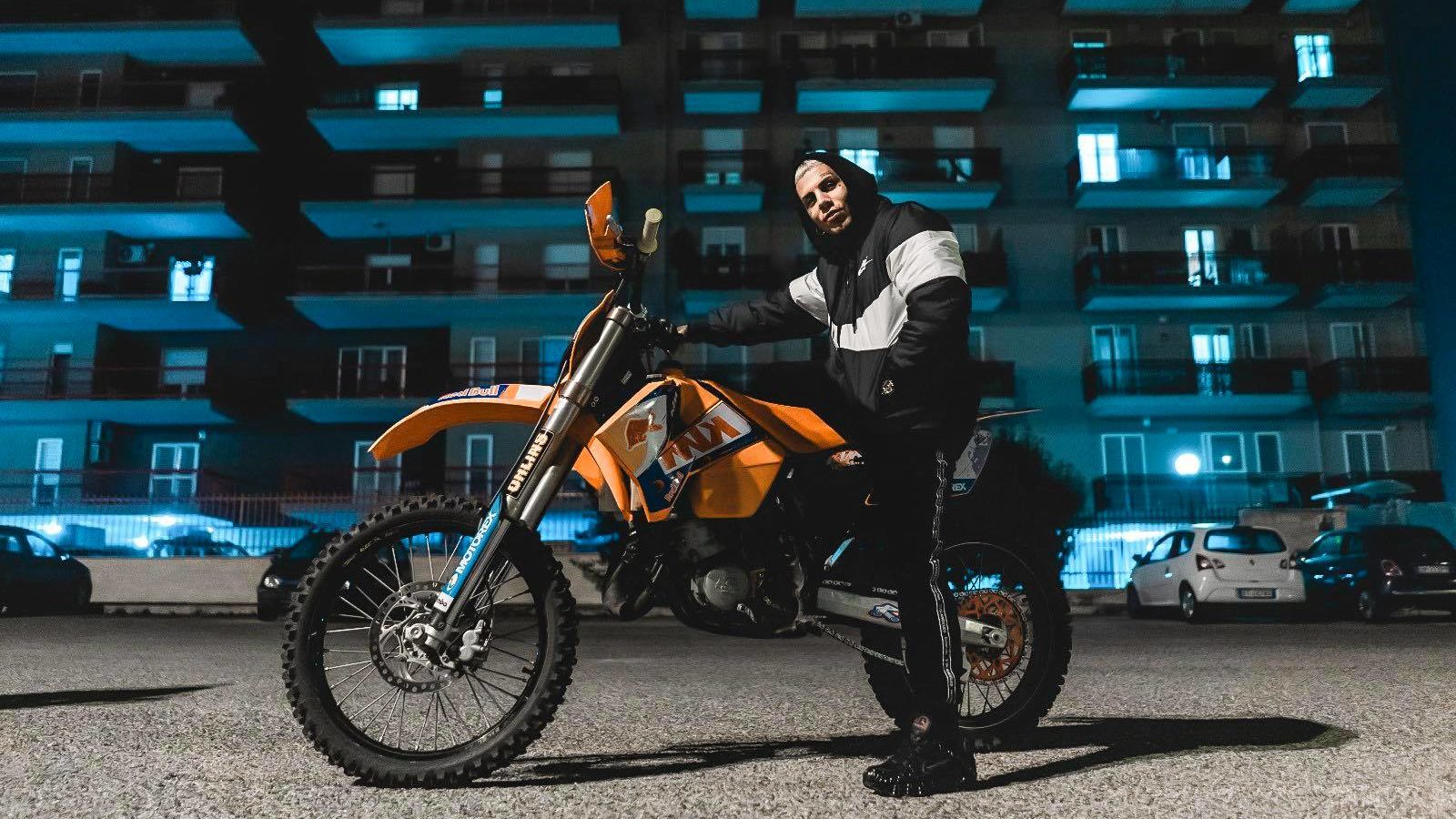 Hi Max, let’s start the interview! Tell us a bit about yourself, who is Max Il Nano? How and when did your love for the Hip Hop culture come about?

I fell in love with Hip Hop when I was 12 years old: I saw Bomfunk Mcs live at Festival Bar. That’s how I discovered breakdancing. First I started breaking then, after a few years I began writing rhymes.

If someone was to listen to one of your songs for the first time what track would you choose? Why?

I think the song that most represents what I’m about is “NOI”, which is probably one of my most underrated tunes. In it I fully describe how introverted I actually am, although at first I may appear to be an extrovert.

Many of your songs are in the Bari dialect, why did you decide to take this route? How is it possible to represent your hometown through the use of its dialect while at the same time striving to reach the whole of Italy with your music?

My dialect is a part of me! I use it on a daily basis and it seems, these days, it has become a source of national pride, like the neapolitan accent. I still want to use it, although it does mean that breaking out of the local scene is a lot more difficult… but I’m the only one trying to do this! Obviously I also drop songs in Italian.

Unlike many other artists you have decided to stay close to your roots and remain in Bari. Can you tell our readers why you made this decision and how come, in spite of your talent, you have not benefited from the same mainstream exposure as a lot of your colleagues have?

I never left Bari because I didn’t have any connections in Milan and just going there to work normally would take time off music production without any added benefit. I think that a lot of my colleagues would not be where they are at right now without the help of big industry names. I believe that if these guys were from Bari they would have quit ages ago. On the contrary i still keep at it, even though I see these other artists doing bigger numbers, because I believe in myself and I can see I’m achieving great results without major labels pushing me or without spending for promotion.

“Crudo di mare” is your latest project! How did you get the idea for this album? What tracks are most significant to you?

“Crudo di mare” came out after a hiatus of nearly 4 years. I was working with my group Bari Jungle and was no longer feeling stimulated to work on my own stuff. Then one day I woke up and dropped this album which in 5 months totalled almost 1 and a half million streams on Spotify! In it you can find tracks like “Karma”, “MLVT” and “Wagnedda Me” which I am particularly proud of!

In the past you have collaborated with famous rappers such as Marracash (on Roccia Music 2) and Clementino (with the Bari Jungle Brothers)… who would you like to work with in the future?

Everybody knows that I would like to work with SALMO! He’s my Idol!

Many times we have heard you say that music saves kids from the streets, it can be a means to escape the life of crime. Meanwhile some of your fellow rappers unfortunately put out a conflicting message… Can you explain in detail how this process works?

Those who talk street and act like a gangsters in music videos are definitely not about that life. If they knew half of what they are talking about they would probably shit their pants! I can assure you that acting tough in Bari would get their little balls ripped off immediately! Trust me! Our streets are real!

Nowadays, compared to when you started out, Hip Hop has become a universal language in all of our cities… From your viewpoint what is the state of Bari’s Hip Hop scene and how is the culture received by the youth? Is there any new talent in your city?

The mindset of rappers from Bari hasn’t changed a bit. If anything it has gotten worse! There is no unity and new jacks hate each other even more than the veterans did back in the day! It’s a shame because the city is full of talent. I’m not sure how many of these kids will manage to develop a career. However, I can mention cats like the South Squad, dope young rappers with a very American sound.

What can you tell us about the Bari Jungle Brothers group which you are part of with Reverendo, Walino, Ufo, Miss Fritty and all the others who are part of this collective? Do you have any future plans? How did this collaboration start?

We are a family! A brotherhood! The project started as a tribute to our city. Now we have all taken separate directions musically speaking, but we still hangout and even share a recording studio.

Do you have any suggestions for kids, especially from your city, who want to become rappers and follow in your footsteps?

Think about music and not about the money aspect. If you only think about money you will never make it! Music and art will feed you only if you always stay hungry!