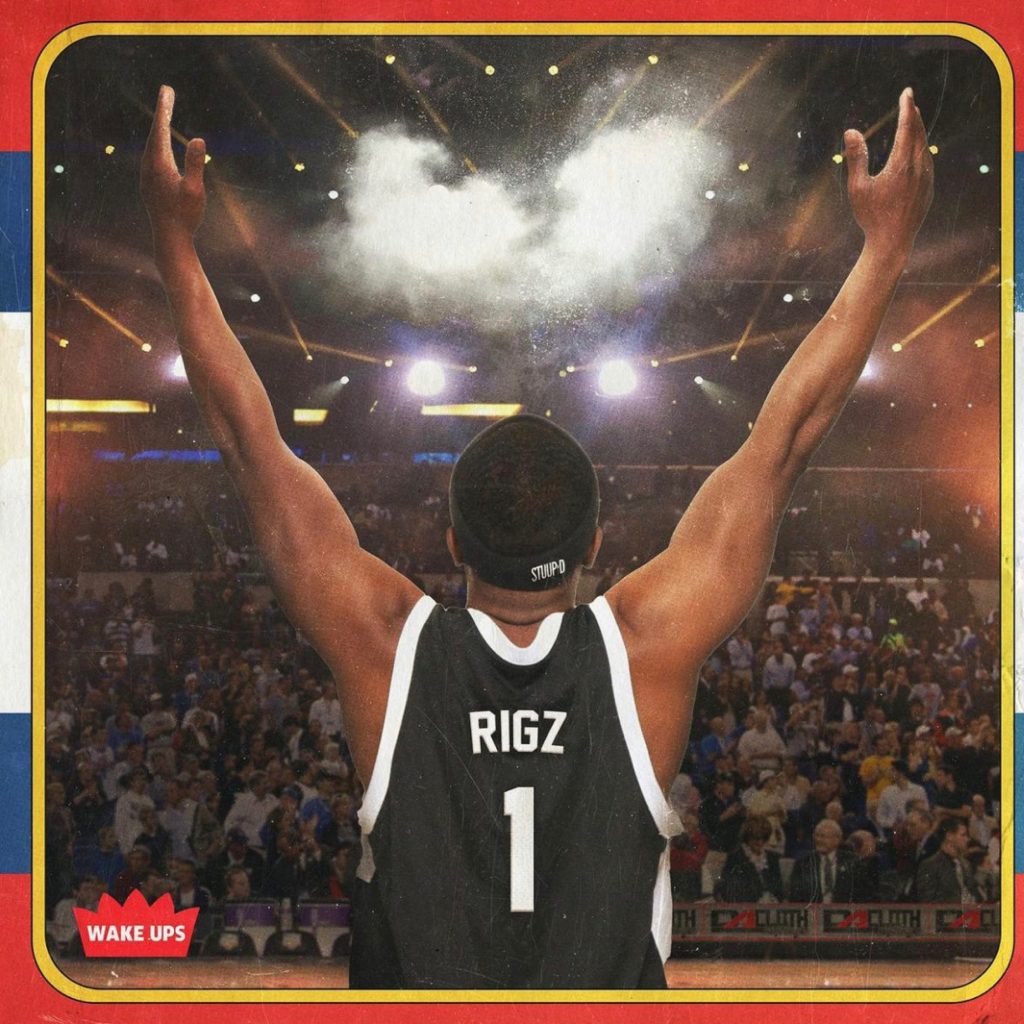 Rigz, rapper of one of the US east coast strongest collectives, the DaCloth, is back with a new album, entitled Wake Ups. First of all, this new project by the young talent from Rochester (N.Y) literally represents a wake-up call for those who thought that hardcore, grimey and raw street rap was dead years ago. The DaCloth crew and its members, in fact, collect the torch left by Mobb Deep’s rap and what was, for example, the whole Queensbridge scene, in the late 90s and first 2000s. If, compared to the era of the infamous 41st Side Queens duo, times have changed and the streets of the Big Apple have changed with them, the dark and cold sounds, accompanied by the raw street rap of Rigz and the other members of DaCloth, illustrate what today the gloomy and freezing streets of Rochester and the other towns of Upstate New York on the border with Canada, represent. 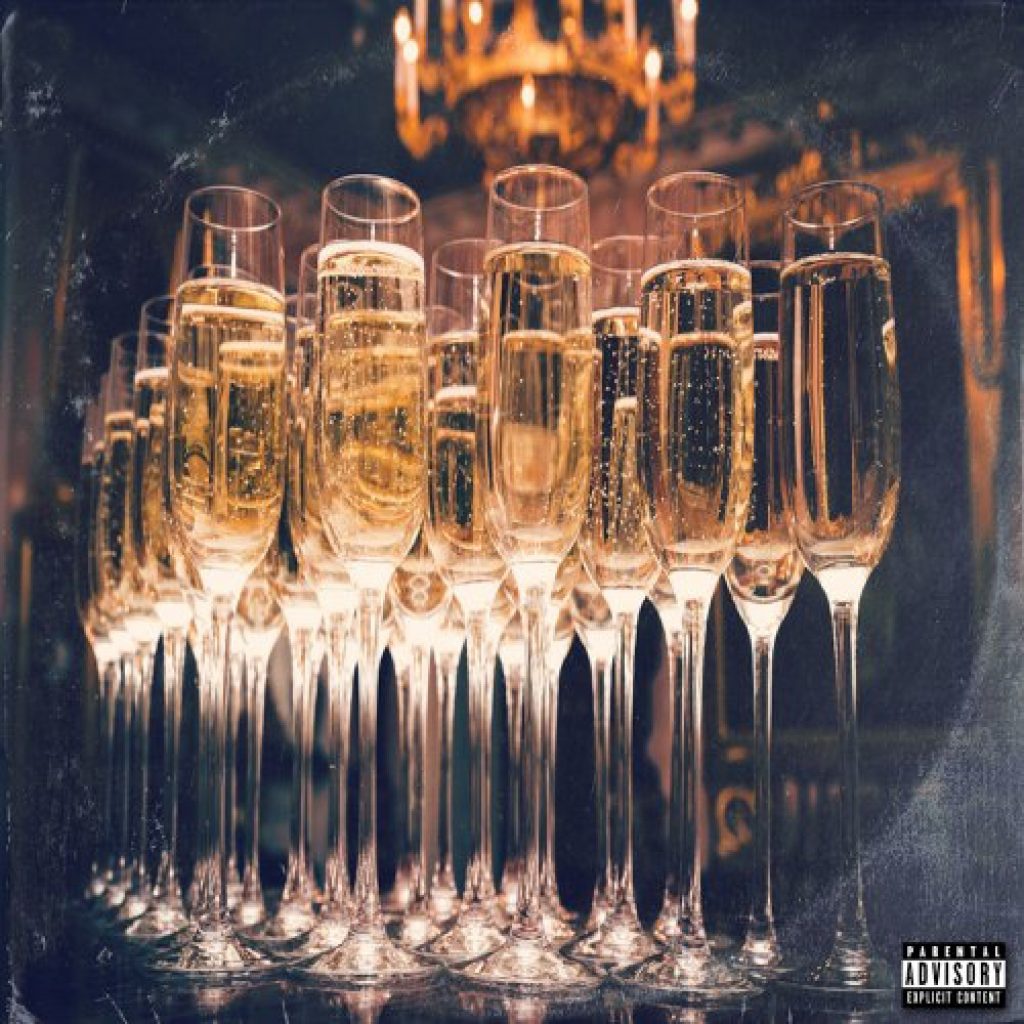 For Grand Rapids (Michigan) native, Willie The Kid, Rap is just something like a hobby. Nothing more and nothing less than for a wealthy shareholder of a big corporation it could be playing golf with friends in his spare time. Yes, because for this talented MC, with something like a 10 years career at high levels in the US underground scene, spitting rhymes on a microphone is not the main occupation nor the main source of income. With several businesses and companies set to swell his “cash flow”, spitting rhymes and selling his records is “only” one of his main passions and one of his many talents.

Having started from the bottom, this self-made man with artistic talent has a fine palate not only when he has to choose the best wines or champagnes, but also when he is in the recording booth composing his albums. In fact, on beats made by some of the best tailors of the underground scene (from V-Don to Chup), Willie The Kid is ready to show off through his refined flow, lessons of class and finance, for ghetto’s entrepreneurs Keep Watching The Fly is another valuable record to hang in your collection. 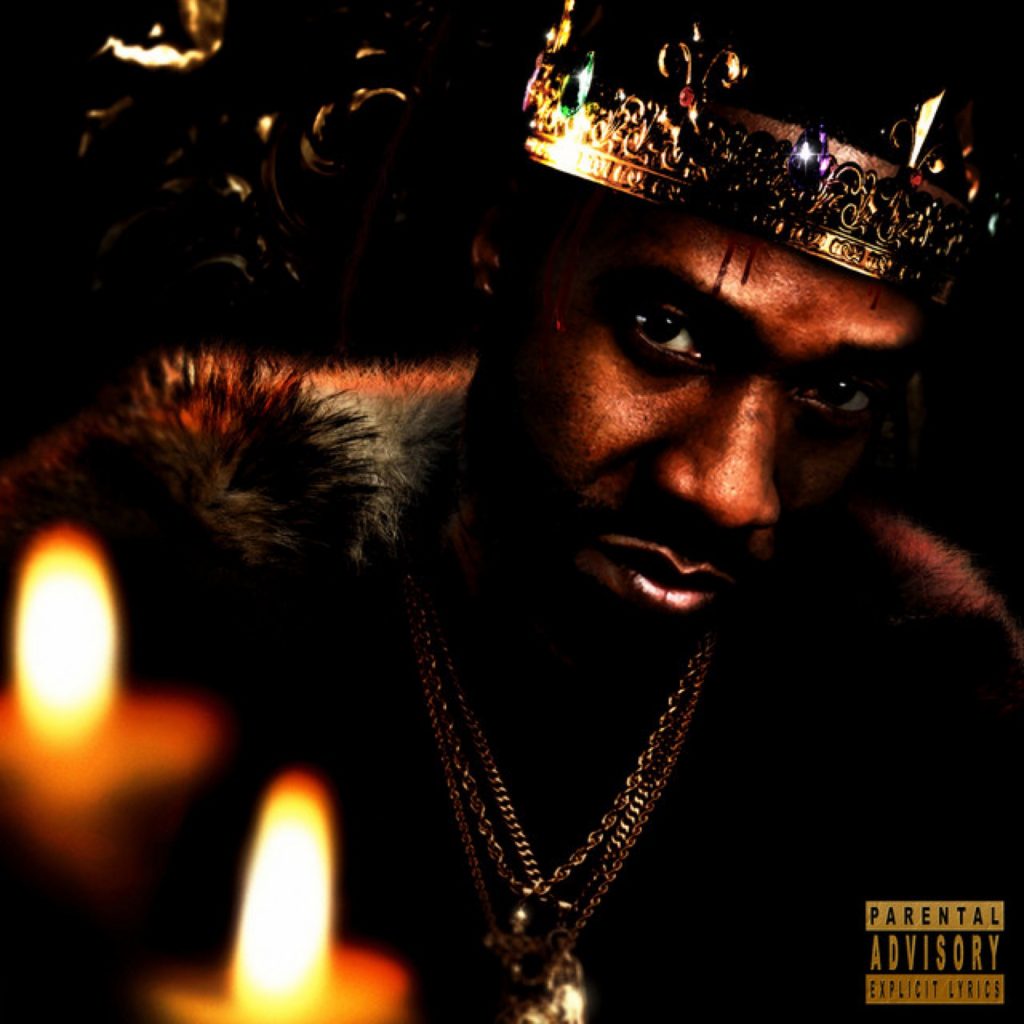 The New Jersey MC, Ransom, is another one of those names that often comes up on our monthly albums advices. In addition to being honored to be able to give him an interesting interview on our pages, he was in fact, in our opinion, among the best rappers, if not the best pound for pound of 2020, based on the level and the quantity of content released. Ransom has found an unfulfillable hunger: the hunger for the respect that is due him.  He wants to take back those honors, that crown and that throne, which in years and years of proven quality and results in the battlefield of lyrical excellence and microphone skills, unjustly, have never been sufficiently recognized. That is why in an increasingly dense plot, this “Game of Thrones” of MCs, Ransom is overtaking, one after another, the rivals out of the controversial “lists”. Flanked this time by producer Big Ghost Ltd, with “Heavy Is The Head”, referring to the burdens of being a king, he conquers more and more ground in his battle for the throne.

Listen to "Heavy Is The Head"

The new “mixtape” by Relo, one of the most interesting talents of the Marseille underground Rap scene, could not fail to be present among the best albums of this hot July, also musically speaking. As stated by Relo himself in our interview, the style of the Marseille rapper traces the Hip-Hop tradition of the South of France town, represented by historical groups such as IAM and Fonky Family, both in style and in the writing approach. However, these peculiarities are refreshed by the Marseillaise MC with Algerian and Guadeloupe origins, with a modern style and enriched with refrains that sound perfectly and at the same time, in a certain sense, catchy. If you miss the pure lyricism of the French golden age, the new seven fire tracks with Argoésie vol.1 released by Relo are what you are looking for. 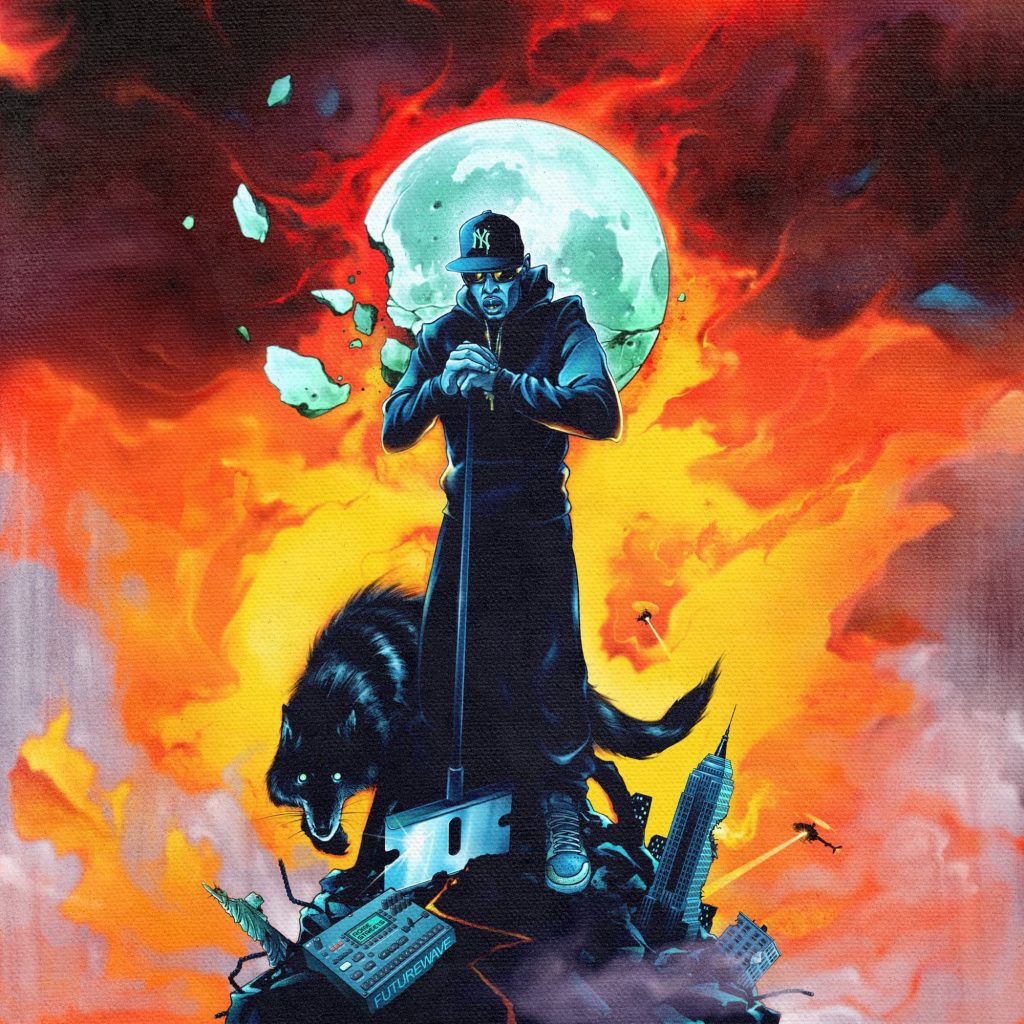 If you follow our column on the best albums of the month, here, you will have noticed that there are some names that are appearing recurrently on these pages. It may be that we are a little repetitive, but these talented MCs and beatmakers are being damn prolific and inspired, continuing to outdo themselves at a crazy pace. In a stagnation period occurring in the mainstream, they are showing and proving that it is among the underground Hip-Hop scene that you need to look at today, to find the freshest ideas and the most vivid talent.  And the proof of this is that more and more listeners thanks to this flood of bars, skills and high class lyricism and previously fed up with the no sense “rap” that has clogged up the market over the years, are more and more realizing this wave of talent, which is emerging in surface and flooding the streets.

In New York, one of the most prominent names is the Brooklyn rapper, Rome Streetz, which is making its way, sabering sharp bars, an innovative style and some pure lyricism, as the best Big Apple tradition recommends. His umpteenth project of the year,entitled “Razor’s Edge”, produced, this time, entirely by Canadian beatmaker Futurewave, is a great point from where to start, if you’re not yet familiar with the raw rhymes sprayed by this Brooklyn MC. Like a graffiti writer who in the 90s bombed the New York subways, so he paints whatever production he comes across, representing the darkest and most hidden corners of the city. If, on the other hand, Rome Streetz is already one of your favorite MCs of the moment, you already know what we are talking about. 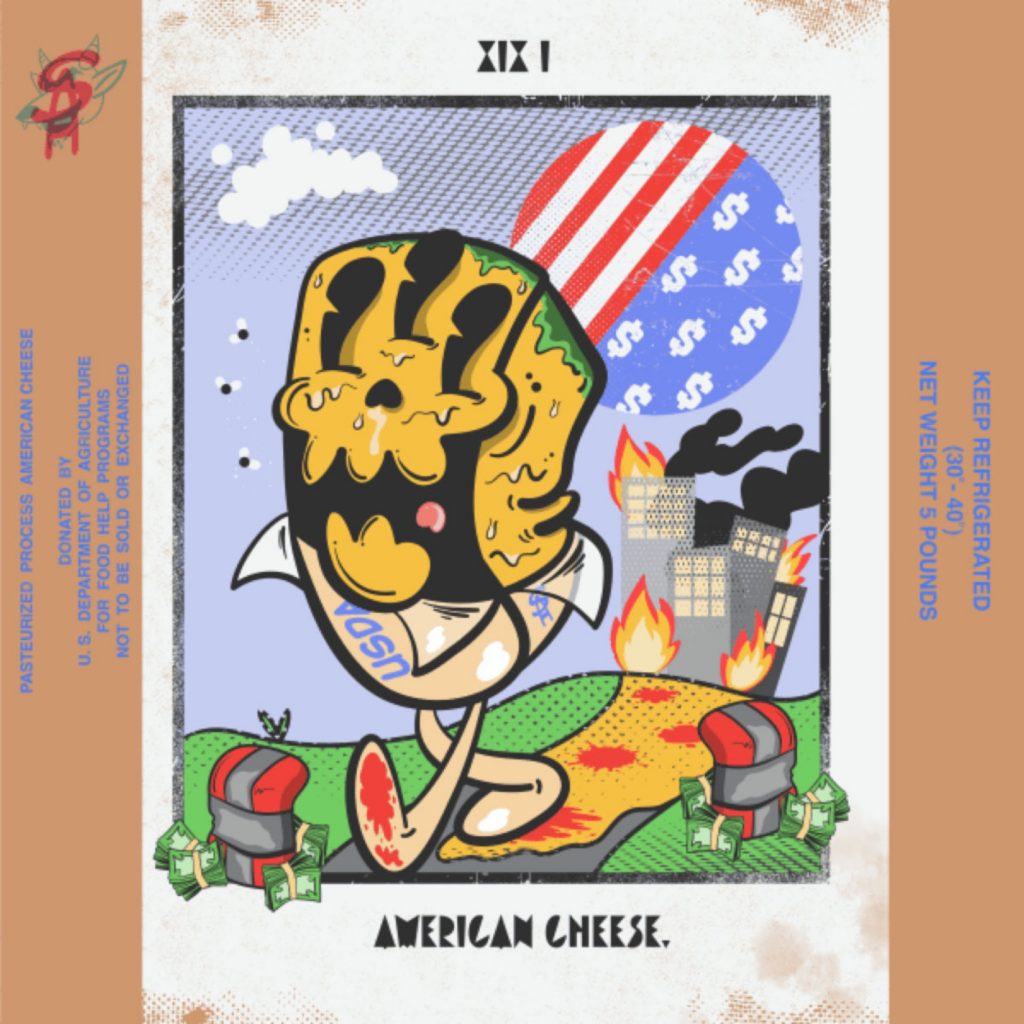 Let us say it: the legendary producer and DJ of Cypress Hill, DJ MUGGS is in a kind of trance state. In fact, the quantity and quality of projects produced in the last couple of years by the Soul Assassins’ “grand master” is unmatched in the entire music industry. His murderous productions, in fact, are lethal weapons donated, by turn, to some of the best microphone killers, carefully selected by Muggs, according to his personal vision of the world and with a precise mission to accomplish.

This time the chosen beats hitman is Hologram, New York MC of ​​which the supporters of Action Bronson will remember for being members of The Outdoorsmen together, along with Meyhem Lauren, both obviously featured on the album. Once again DJ Muggs, always inspired, knows how to choose the right weapon for his assassins and taylored on Hologram, the perfect suit for the unorthodox style of the New York MC. Oh, the dark master of Cypress Hill also takes care of all the visual aspects of his murderous missions he orders from his lair, from covers to videos. Genius. 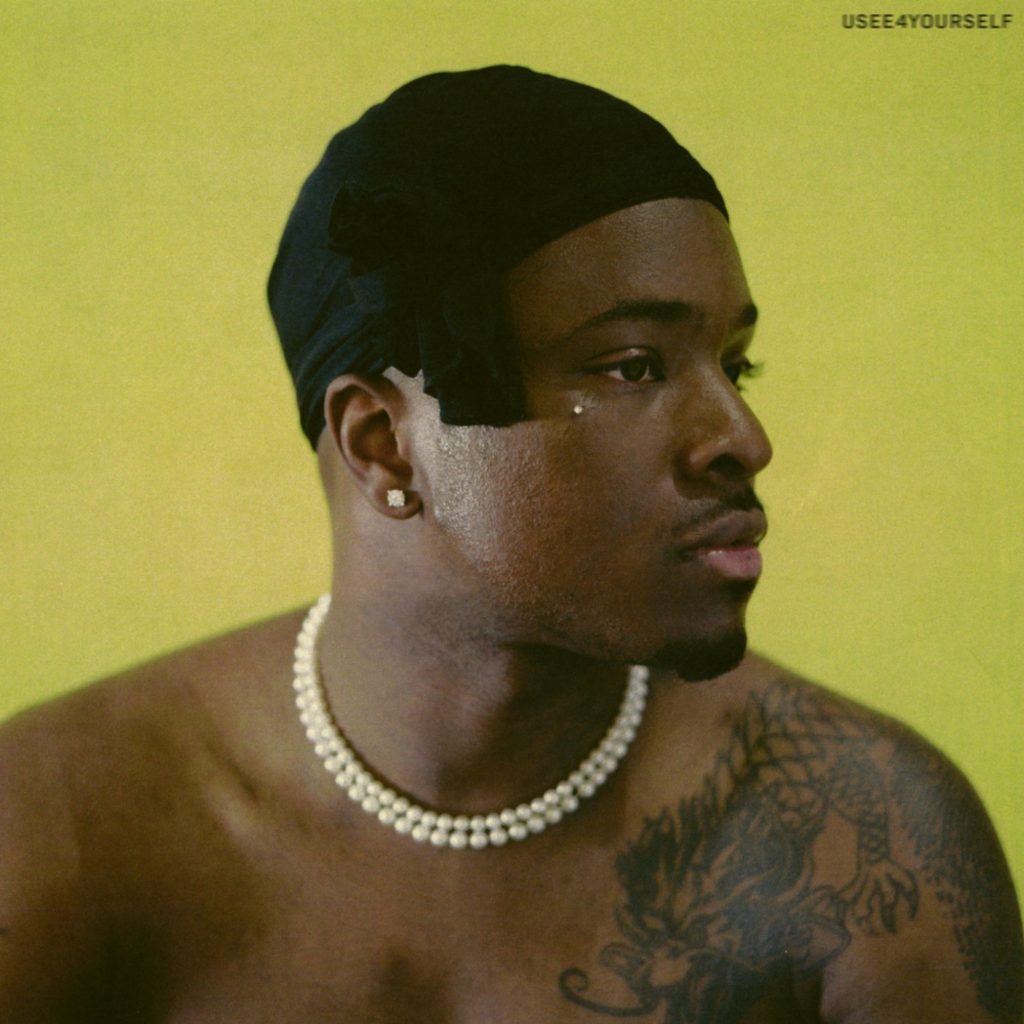 Reading the tracklist and the guests names on “USEE4YOURSELF“, it would be legitimate to ask which crazy man would be able to dare so much, besides Kanye West (This says a lot about the blurred boundary between genius and madness …). Only among the best “trolls” of the Chicago rapper and producer could ever coexist, MF Doom, Westside Gunn, Slick Rick and Jay Electronica side by side with OFFSET, Swae Lee, T-Pain and Young Thug. The crazy man who made all of this real, making it sound damn good and natural, is not from Chicago, but from Maryland and goes by the art name of IDK (Ignorantly Delivering Knowledge). A London native, moved to the States, IDK is a 360 ° artist. Raps, sings and produces and knows how to do all three things quite well.

USEE4YOURSELF is an album where the author talks about his relationship with love, religion, music and family. Beyond the contents, it is a album that sounds good and that manages to bring out the best from decisive and apparently contrasting languages ​​and personalities, bending them to the common thread of album narration and its protagonist, which thanks to its versatility manages to adapt to any song, without being eclipsed. 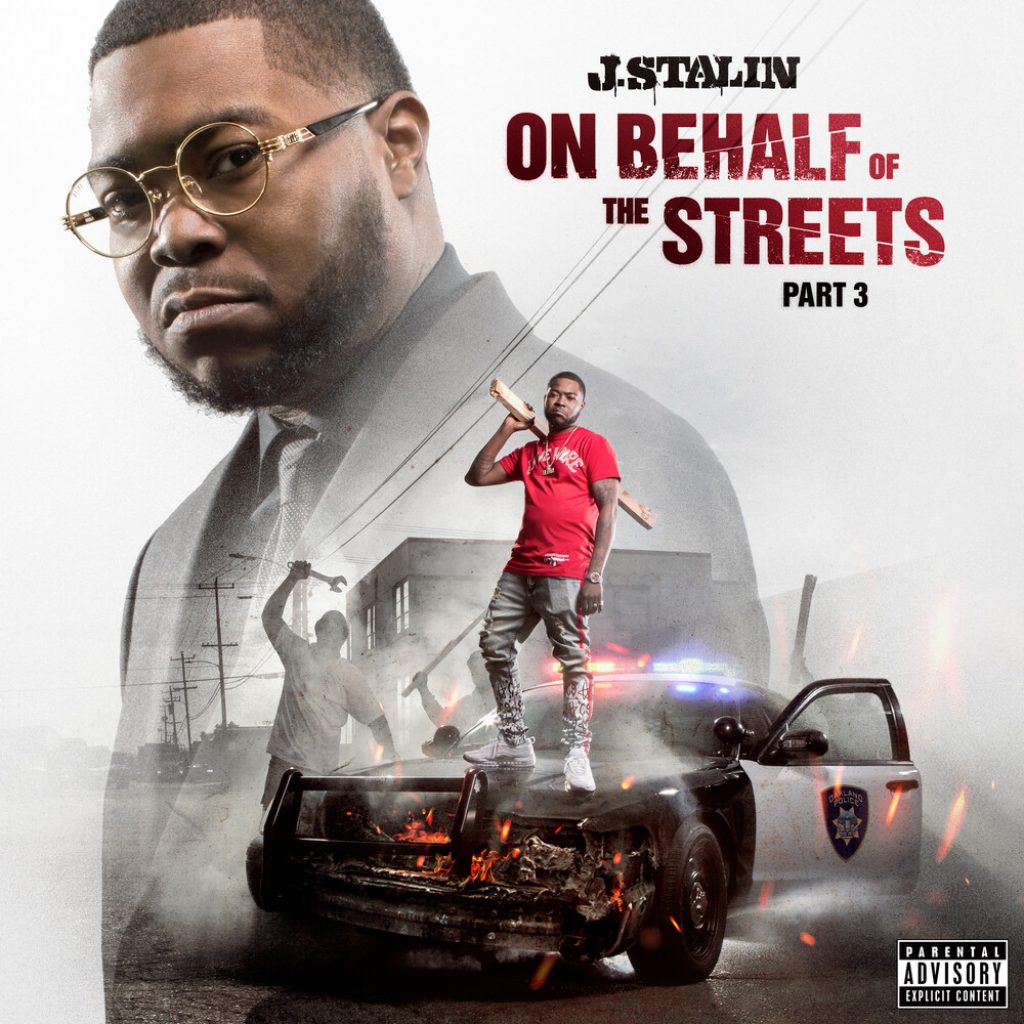 On Behalf Of The Streets 3 J-Stalin

The  Oakland and the San Francisco Bay Area Hip-Hop scene has always followed a different path than what happened in other American states. While, in the rest of America the sounds and models that dictate musical trends, over the years, have increasingly gone to homologate, the scene around the two ends connected by the Golden Gate bridge, has maintained an  unmistakable identity. Legends such as Luniz’s Yukmouth, Too $hort, E-40, Mac Dre (R.I.P), The Jacka (R.I.P) have forged a unique way of interpreting Hip-Hop, born of the particular reality of the region. J-Stalin, an Oakland native, with in common with his predecessors and mentors a story of redemption from a complicated youth between poverty, drug dealing and prison, has been carrying on this tradition for about a decade, representing the streets of Oakland and the characteristic Bay Area Hip-Hop sound. 14 years after his debut On Behalf Of The Streets 1, he churns out the third chapter of the saga, produced almost entirely by the duo of beatmakers, obviously from Oakland, The Mekanix, never switching the shirt on his shoulder

Listen to "On Behalf Of The Streets 3" 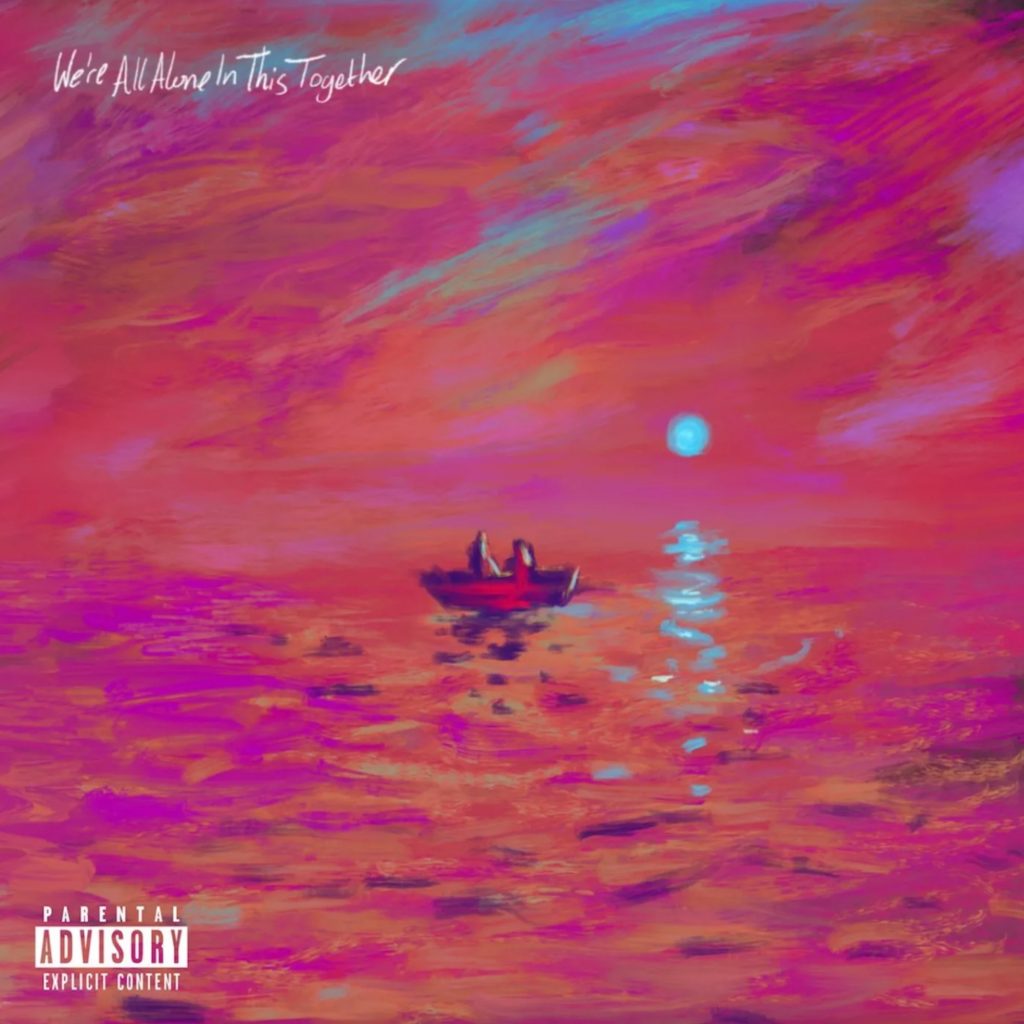 We’re All Alone in This Together Dave

The second album by the London rapper, Dave, is undoubtedly one of the best projects of the year. Dave, despite his young age and a relatively recent presence in the scene, demonstrates an artistic complexity of a veteran. We’re All Alone In This Together is a real introspective journey into Dave’s world, which shows a marked maturity in dealing with certain episodes of private life and dealing with very delicate issues such as English colonialism, gutted in one of the best tracks, called “In The Fire”. The sound of this album is far from the trending ones of the UK drill, with a nod to a decidedly classic style, as evidenced by the choice of samples and the flows used.

Listen to "We’re All Alone in This Together"
0 comments