Peace king, you are probably one of the most iconic rappers of Latin origins coming from the Harlem area in the last decade… Could you describe to those unfamiliar with the N.Y.C dynamics and who live in another part of the globe, how it is growing up in Harlem and, more precisely, in Spanish Harlem, where you grew up?

BODEGA BAMZ: Peace King. I appreciate those kind words! Really humbling to hear that! Growing up in Spanish Harlem for me was incredible, dangerous, sad, and proud all at the same time. The hood or ghetto has many disadvantages but also has advantages, and one of the advantages is when you born and raised in the hood, most have this sort of armor on you, this confidence because you have nothing to lose and everything to gain.

What are the main differences between your area and other Harlem’s areas? How has the social context of the area been changing over the years, from your point of view?

Main difference between Spanish Harlem and Harlem I would say are the people. If one area lacked the other area had. The underground gangster history runs deep in both areas, but particularly in Harlem. Spanish Harlem is like the little brother of the two. And like most areas in NYC, old ways and the old guards pass away and new ways come in with new faces and people. Change is needed to survive

Obviously, you fully represent Spanish Harlem, also, thanks to your Latin background as Spanish Harlem is the most known NYC area for its Central and South America population and influences… Can you tell something more about your family background and story? And how your cultural background has actually influenced your life and your career? And do you feel as if you are representing a voice for the “second generation” Latinos in New York and America ?

BODEGA BAMZ: For sure I am representing a voice for the new generation. My dad is from and was born and raised in Dominican Republic. My mom was born here in New York, but she is Puerto Rican. My mom’s mother came from Puerto Rico over 50 years ago. Made a life here.

My Dad came into this country in 1980, I believe, and worked odd jobs because he was an illegal until he met and married my mother and became a citizen.My father is somewhat of a trailblazer in his family. He’s the first of his four brothers and six sisters to come to the USA from Dominican Republic and make a life here.

It’s risky doing that at the time he did it, to venture out into a whole other world, but he was determined. He snuck in by first going to Puerto Rico and his friend, who he came with, was caught in the airport trying to sneak into the US and my father wasn’t. He seen immigration police take his friend away and he couldn’t say or do anything.

My pops is my hero. My mother is too. Both have huge influence on my life and how I conduct myself and how I operate career wise. Never to give up. To keep fighting and believing in God.

In fact, even your albums are heavily influenced by your background, as for example your latest release, entitled “El Camino”, where, as usual, you made a lot of references and paid homage to your Latinos culture, from the rhymes to the productions samples…Can you tell to us something more about your last project? How was it born?

BODEGA BAMZ: “El Camino” started in 2019. The first song I wrote for this project was the title track “El Camino” and honestly, I treated this project as a goodbye to music. Riding off in the sunset, so to speak.

That’s why the song “El Camino” sounds like a goodbye to this journey. But then 2020 happen and I knew it wasn’t time yet to leave music alone. So, I had to get back the ambition. But I treated this like it’s my last.”

In our opinion, one of your most defining albums that helps the listeners to better understand your personal story and how proud you are of your origins, is P.A.P.I, the album you released in 2018. Can you explain to us why you decided to do an album somehow dedicated to your father ? What led you to make that album at that particular time? Your only collaboration on that album was with Lil Eto (whom we reached for an interview recently as well), why did you choose to have only him for that album?

BODEGA BAMZ:Well, it didn’t start off dedicated to my father. It kind of became that later on in the process. My brother Ohla came up with the idea of using his immigration card as an album cover, which I thought was dope because I couldn’t think of anyone who’s done that before 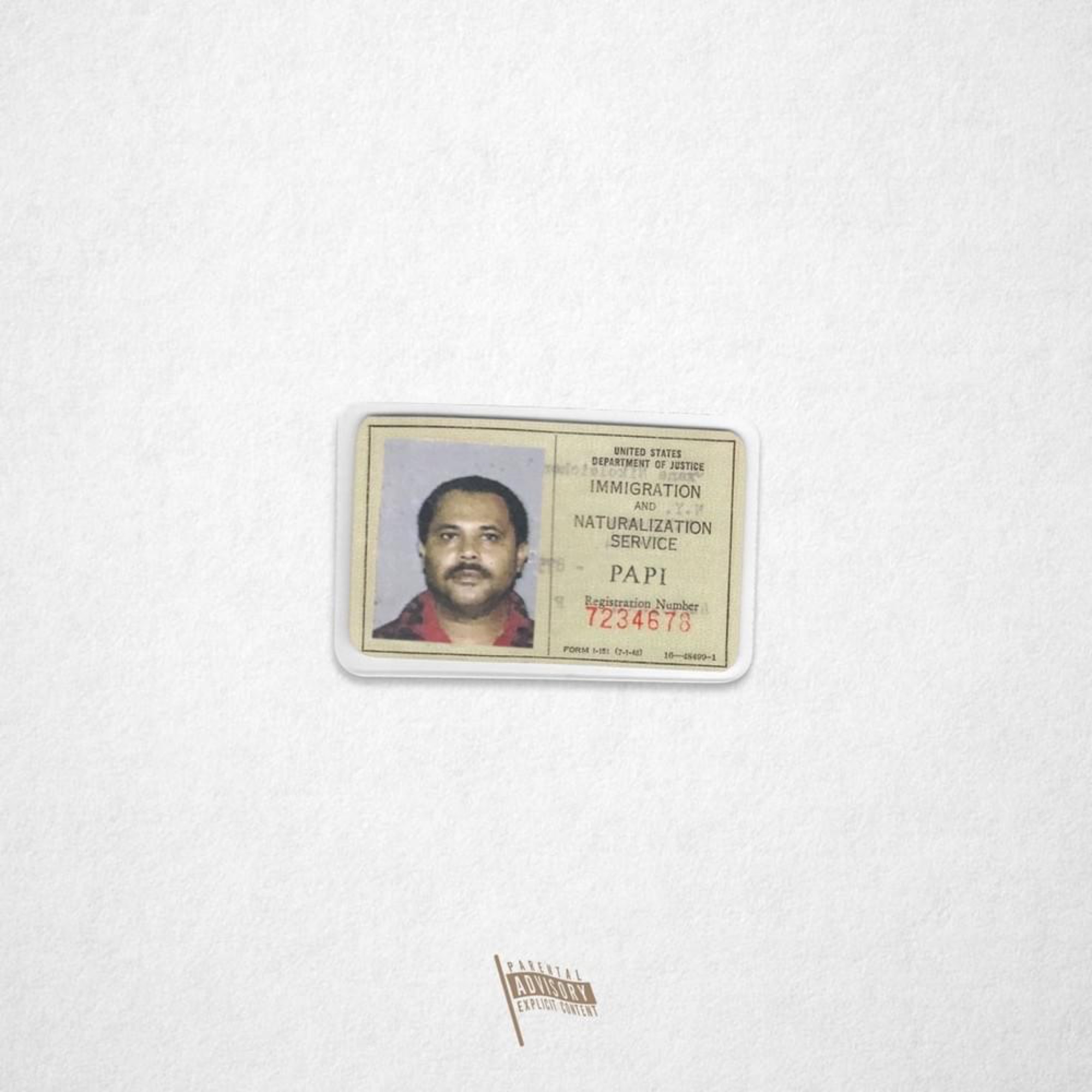 But my fathers story and journey is inspiring. Something I would want to even make a movie or series for television about. My father is our hero, man. I love my father.
He’s taught me a lot. A real human being

And that song with Eto was hard and VDon made the beat. The less features you have
on a project, the more you make it about you, the more personal the album becomes.

But how did you get into Hip Hop as a kid and who were your idols that you feel you have been most influenced by growing up? And when did you realize you wanted to take rap seriously?

The moment I believed in myself, I started to take it seriously. But when my son was born, that was moment that shaped me. Now it was a sense of urgency. I had to make it happen. My back was against the wall.

Last year, releasing a project entitled “Yams heard this” you paid homage to A$AP Yams ( R.I.P), one of the most influential figures of the New York Hip Hop scene of the last few years…You and him were very close. Yams was also featured in one of your most important projects, “Sidewalk Exec”: how did you and Yams know each other and how were you so strong related? Why in your opinion is his legacy still so important for New York?

BODEGA BAMZ: His (A$AP YAMS) legacy is still important because there are still influential and powerful artists and people who he personally impacted and they don’t forget. And as long as we keep saying his name, it can never die. That was my brother. My friend. We were one in the same in many ways and that’s one of the reasons we had a strong bond. We related on many levels, not just rap but culturally. We had a lot in common. And he helped me in ways that I can never repay him. All I can do is honor his memory and legacy. His mom is like my mom. And since his passing I’ve been there for her and I will always be here for her.

Your first mixtapes and albums as “Strictly 4 My P.A.P.I.Z.”, “Sidewalk Exec” and “All Eyez Off Me” have given you some good success and they were critically acclaimed too… How has Bodega Bamz changed and evolved since those albums? At what point of your career do you feel now? Looking back, which are your top 3 projects ever in your opinion?

BODEGA BAMZ:I’ve changed with the times, man. I’ve growing. I’m getting older not younger. So it’s important to learn new things become wiser and more understanding, to continue to grow and not stay stagnant mentally. And when you grow mentally, everything else will, from your taste in music, fashion, movies, faith. So, I’m glad that I keep getting better. I’m aging gracefully and I’m not stuck in the past. The journeyman. “El Camino” has evolved me and continues to do so.

Can you tell us something more about your passion for acting and the roles you played ? Where did your passion come from? Will you play any other role soon?

BODEGA BAMZ: My passion for acting started when I was a child, watching movies and then acting in a few dramas. Even In school I was a class clown.I was always acting, doing something to make people laugh or watch. It’s been in me. I believe it’s God given.

What’s next for Bodega Bamz this year musically? Are you going to release something else? Who would you collaborate with?

BODEGA BAMZ: I wanna collaborate with the greats and elites of the industry. The world is next, and wherever God intends to put me in it.