The saying goes that in a room full of people the quietest is always the most deadly. In observing James Clay Jones III, who goes by the stage name Boldy James, one has the impression of a quiet, detached person who is never phased by anything going on around them. The same sensation arises when listening to Boldy James kick his raw raps. The Detroit MC narrates street life stories set in a decadent Motor City with cold, almost menacing, apathy. This is the attitude of someone who knows a lot but prefers to keep things on the down low, without the exaggerated flossing which many of his colleagues fall for. It is not a coincidence that the West Detroit block that Boldy James grew up on has the motto “Bold and Cold”.

Boldy James’ childhood and the downfall of Motor City

Actually Boldy James was born in Atlanta, Georgia. This is where his father, a Detroit native, moved the family for work related reasons. After a few months however, James Jones Jr., a cop with dubious moral values, was hit in a shootout and forced into early retirement. He therefore decided to move the whole family back to his home town in Michigan. After his parents’ divorce, Boldy james spent his days between the east side and the Stahelin Hell Block on the west side of Detroit. Once a productive industrial hub with a great musical tradition (the legendary label Motown Records), the city was now slowly falling apart due to a devastating crisis in the automotive industry during the late 90’s.

While his father was a corrupt cop, Boldy James’ uncles were dope fiends and dope dealers. This family environment coupled with the wrong friends caused Boldy James to get into deep trouble very early on. As an adolescent, after quitting school and being convicted of grand theft auto, he ended up in a Juvenile detention center. 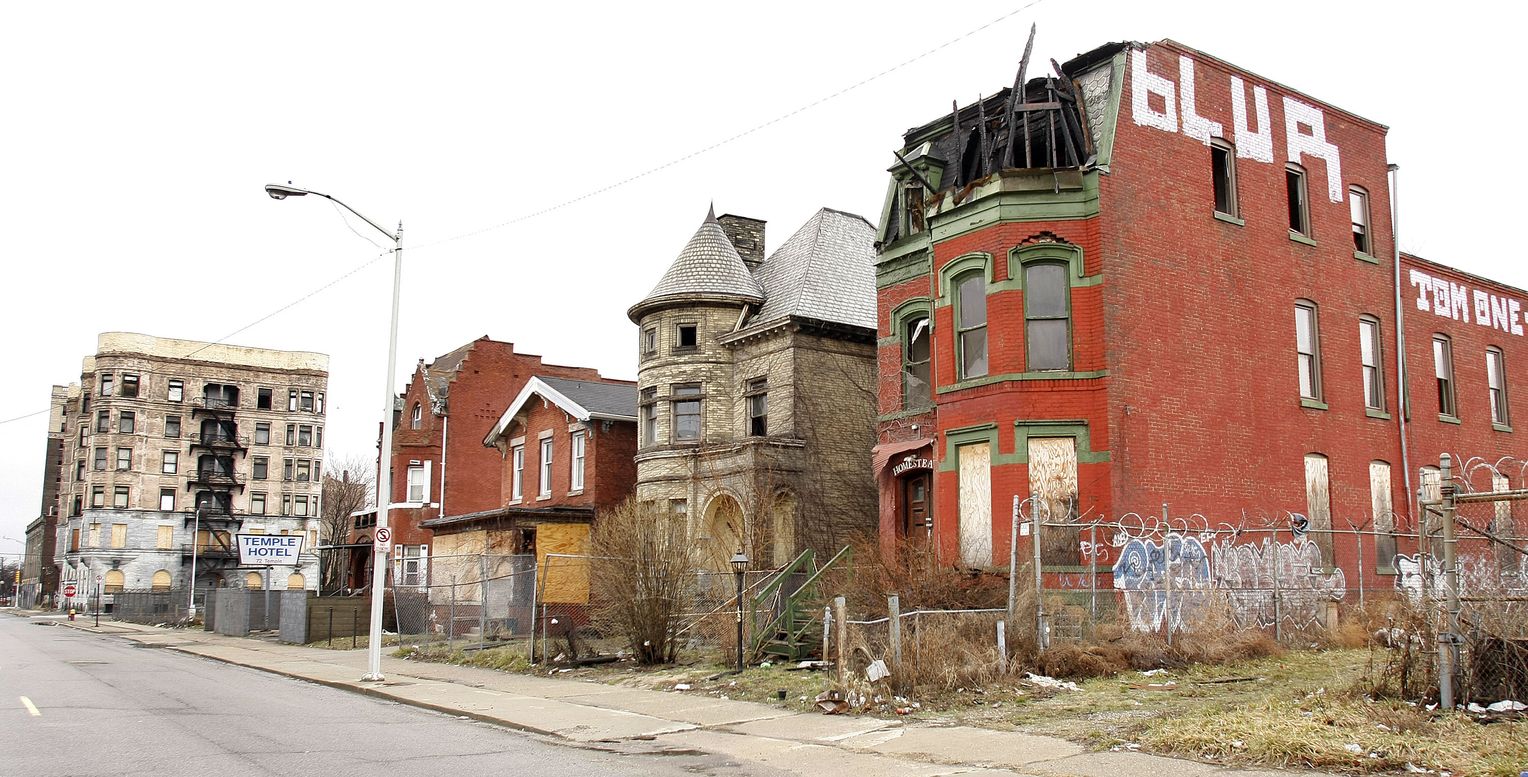 DETROIT, MI – MARCH 23: A row of abandonded buildings is shown March 23, 2011 in Detroit, Michigan. The new census figures show that Detroit has lost 25 percent of its population in the last ten years, bringing the city’s population down to its lowest since 1910. Bill Pugliano/Getty Images/AFP== FOR NEWSPAPERS, INTERNET, TELCOS & TELEVISION USE ONLY ==

The start of Boldy James’ musical career and his heritage.

Attracted to the life of crime, young Boldy James was also influenced by musical talent running in the family. His cousin, known as Chuck Inglish, was a well known rapper and producer, part of the Michigan based duo The Cool Kids (Together with Sir Michael Rocks). He would be the one to insist that Boldy James abandon the dangers and paranoia of the street life in order to dedicate himself fully to rap. When he first started his musical career the nickname “Boldy James” actually belonged to a friend and mentor who was a big time hustler in the neighbourhood but also happened to share his given name James Jones III. Before being killed the real Boldy James agreed that the rapper could use his moniker to start off a career as a music artist.

J.Dilla’s influence and the start of a collaboration with The Alchemist.

Detroit, the city where  Boldy James was growing up, wasn’t just a hotbed for traditional black music genres but was also functioning as fertile ground in which underground subcultures such as Hip Hop and Techno could thrive. Closed factories, abandoned houses and dirty avenues can often be, as a matter of fact, the best inspiration for artists. Boldy James obviously came up listening to the music of Detroit artists who had an indelible impact on Hip Hop. Among these, one name stood out: the legendary producer J Dilla (R.I.P). Boldy James would eventually be part of one of his posthumous albums “Rebirth of Detroit” (2012).

As was mentioned earlier, Boldy James took his first steps in the music industry thanks to his younger cousin Chuck Inglish and his associate Sir Michael Rocks, part of a group called The Cool Kids. In 2009 he appeared as a guest on their mixtape “Merry Christmas” but his personal debut only came in 2011, with an official mixtape titled “TRAPPER’S ALLEY – PROS AND CONS” followed by “Consignment: Favor For A Favor The Redi-rock Mixtape” and the EP  “Grand Quarters” both released in 2013. In 2013, still thanks to his cousin, Boldy James met the Californian producer The Alchemist who was immediately struck by his talent and promptly invited him to his LA studio. This was the beginning of a friendship and musical liaison which continues till this day.

A debut album entirely produced by The Alchemist and the deal with Nas’ Mass Appeal records.

Initially the collaboration between The Alchemist and Boldy James was just supposed to be an affair of a few tracks but soon turned into something very different: an entire project produced by the iconic beatmaker. The chemistry between the two artists was so good that Boldy James debut album, “My First Chemistry Set” (2013), was publicly praised by Nas himself. The Detroit rapper’s narrative talent impressed the New York legend and music mogul so much that, in 2014, he signed him to his newly established independent label, Mass Appeal Records. Boldy James, released via this platform, during the next few years, a stream of mixtapes and unofficial projects: Trapper’s Alley 2 (2015), House Of Blues (2017), The Art Of Rock Climbing (2017) Live At The Roxy and Caps&Tabs (2018).

Boldy James is surely not the type of rapper enjoys the limelight. It just isn’t his style. Therefore, despite having accrued prestigious cosigns, he remains evasive and always true to himself. This is definitely one of the strong points which enabled him to never dilute the potency of his music. Throughout his whole career he has managed to remain uncompromising and he has slowly built up an army of followers while staying out of sight for the most part. It isn’t a fluke that Boldy James still is one of the few MCs “chosen” to collaborate with the legendary underground producer The Alchemist. Two exceptional projects were released by the duo between 2019 and 2020, Boldface and The Price Of Tea In China.

Slums of Detroit, drugs from the port,
plugged with the source
Gun in my shorts, blood was the sport
Jumped from the porch, hung like a horse,
Ones with the Force
Drunk in a Porsche, trunk full of corpse
Dump with the torch, run for the Ford, love for my daughter
Son was the fourth, youngin’ on the run with a warrant
Motherfuck a judge and the courts, club full of dorks
Got it out the mud in my ‘ports, had to let the love run its course
Cousin up North, plugged in New York
Plugged on the Coast, doves and them storks,
tub full of dope
Road trips to Ypsi’, what’s good with the coke?,
Real niggas like Nipsey give a hood nigga hope.

The talent of this unique rapper from Detroit, who is able to conjure up realistic images of the street life with his cinematic and cold “blues” delivery, was also soon noticed by Westside Gunn, the leader of Griselda Records. A close collaboration has since ensued between the two and it seems that in future we will hear an entire Boldy James release under the artistic direction of the Griselda boss.