Thank you, Ty! It’s really an honour and a pleasure for us to ask you some questions and try to give you the chance to shine even more out here in Italy and Europe as you are a super dope emcee… We would like to start asking you something about your long career and personal journey along this Culture: how and when did you move your first step in this Hip Hop thing?

I started around 2000 watching my cousin going to the studio. He was trying to get a demo done at the time and I would just write a rap because I was in the studio doing nothing else.
From there I started battling guys in my neighborhood for fun.

We did our research and we have found out you came up as a dope battle rapper (you were also known as T-Flame and 40 Flame) and You were related to Proof (R.i.p) too, weren’t you? Can you tell us something more about that period? How has your career evolved broadly since then?

Yeah so back then in Detroit battling was the only way to get recognized for the most part. Me and my boy Famous were battling people at the flea market weekly and traveling around the city battling. I’m not (blood) related to Proof but that’s my brother feel me? I met Proof at the legendary St Andrews where he was holding 8 Mile style rap battles. From there me and my partner gave him mixtapes of our music and he reached out after hearing those.

Are you born and raised in Detroit, right? In your works, especially in the “No Cosign, Just Cocaine” tapes, you honestly talk about the hardships and roughnesses of life in the streets of Detroit… How was growing up there for you? and what’s the importance of representing the bad sides of the streets without glamorizing them as you do, in your opinion? And How has Detroit changed over the years you grew up?

Yeah I’m Eastside Detroit finest. I grew up very poor. No exaggeration with the hardships in my music. It was tough growing up going to school with less than other kids. I didn’t even have a house phone in high school. Which led to me trying to sell drugs. I was ashamed of my conditions and I know that made me cold and emotionless over the years.

I was Cold, mislead down the wrong path
Walk the plank or get your throat slashed
So I backward-flipped into a cold splash
Survival rate is no chance
Grew up poor, baking soda, no Colgate with my cold baths
How does hot water feel? (Cold)
Picture your designated driver drunk and they lost the wheel
That’s my life in a nutshell, it took time for my heart to heal
Go out in a blaze of glory ‘fore my daughter see her father kneel
Live off the land, no farmer skills
Just fiends and pharmaceuticals (Cold)
The darkest musical provide the thoughts of art that’s beautiful
You pushin’ a fly whip, let me guess, it’s parked in neutral
Whatever I write, bet your last dollar, it’s outside the cubicle
Out the box for you bozos with your clone flows
You niggas lyin’, you ain’t walkin’ the streets with a long nose

As I got older and able to provide for myself I matured and understood that you have to embrace that journey; it’s what makes you who you are. Detroit changed alot in my eyes. I think it may be a little easier and safer these days (just my opinion). My neighborhood felt like a warzone with gangbanging and drug dealers warring daily.

We think that Detroit is one of the most iconic cities in the world from a musical and artistic creativity standpoint and for its underground culture. It has had some of the Soul, Jazz and Funk G.O.A.Ts and some of the most influential music labels ever, such as Motown. Furthermore you had some of the greatest Hip Hop artists ever as J.Dilla (R.i.P), Slum Village or the Eminems, the Royce da 5’9’s and many others… also the underground Techno movement was born in Detroit… So why do you think, as a Detroit native, there is such an artistry that runs through your city veins? And how do you feel this influenced you?

Yeah Detroit is a gumbo of different sounds and waves of music. I wasn’t influenced by the music that much. I grew up listening to Scarface & Ice Cube because of my uncles. But as i got into the music i learned about the rich history of Detroit and that began to influence my approach to music. For example to the high level of lyricism that the Em‘s (Eminem) , Nickle‘s (Royce da 5’9’’) and Elzhi possess.

You released your last project back in November 2020, entitled “Wired Different”, teaming up with the Toronto producer, Bozack Morris: You’ve already collaborated in the past, but how did you link up for an entire album? What is the concept behind that? And in your opinion what are the highlights of the project?

Yeah we decided mid 2019 to work on a project. Two of the songs end up being on No Cosign Just Cocaine 3. I did a feature for the J Scienide project (produced by Bozack Morris eds.) and after that I said “we gotta do a whole project”.

The concept was to just make songs that was in the same breath of what i’m doing but approach different from writing and sound of it. The highlight of the project is me showing other sides of me. More personal and introspective

In our opinion, “No Cosign Just Cocaine 3” is still one of the best tapes of 2020… How did this project come about, since you have also connected with some of the best spitters and producers of the underground scene such as Eto, Eddie Kaine, Flee Lord, Stu Bangas etc? How was the response about the project? And what’s the meaning behind this series title?

Thanks fam. Yeah it started with part 1 in 2018. The concept of it is basically the bars (Cocaine) will get me to where I wanna be without a Co-sign. After Proof passed it’s really just been me out here grinding. No label or investor or any help from a bigger artist. Just a pen and pad”.


Another fire project of yours is the one with the dope and underrated Chicago’s MC, WateRR, called “Bulls vs Pistons”: can you tell us something more about this project? And what’s your favourite Pistons team ever?

Yeah me and WateRR linked up after a mutual homie suggested we work. My man Ill Brown. My favorite Pistons team of course is the 89 Pistons. 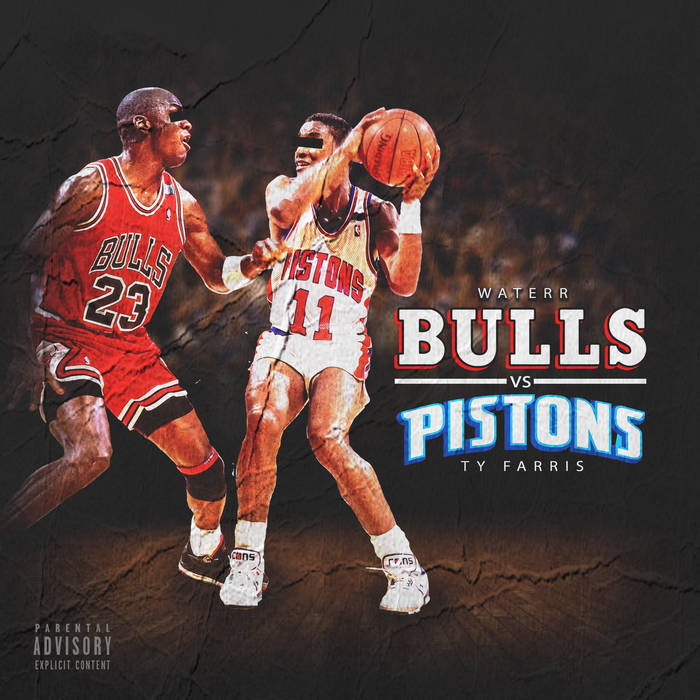 Beside those,in your opinion, what are your best and significant projects ever, and why?

My best project is probably Room 39 still. The songs and feel of that is what really got me going in this wave. Shout to Trox (the album’s beats producer).

My most significant project is No Cosign Just Cocaine 2. It really was received well by the people and established my name in the wave.

You have launched this “Bars over bullshit” (BarsoverBs) brand: could you tell us something more about that? And what do you think of this new wave of underground spitters with a lot of meaningful bars that are finally getting the deserved attention?

Yeah I came up with BarsOverBs 2018ish. I’m always about business and the hustle. I saw an opportunity to brand my style of music and message. The underground is flooded with spitters and its dope to see. For the most part we all get along and work with each other.

My favorite Detroit up-and-coming artist is Sada Baby. He’s Detroit as Detroit gets. My brother Pahlavi is another favorite. He paints pictures with helluva wordplay and has the potential to make noise in the wave of spitters. Favorite battle rapper is Loaded Lux. Dre is the guy who taught me work and keeps working until it’s perfect. I’m a perfectionist because of Dre. I study his music like it’s the hip hop bible.

Again, Thank you for your time man..we got a last quick question: After this “Wired Different” do you have something else on the way?