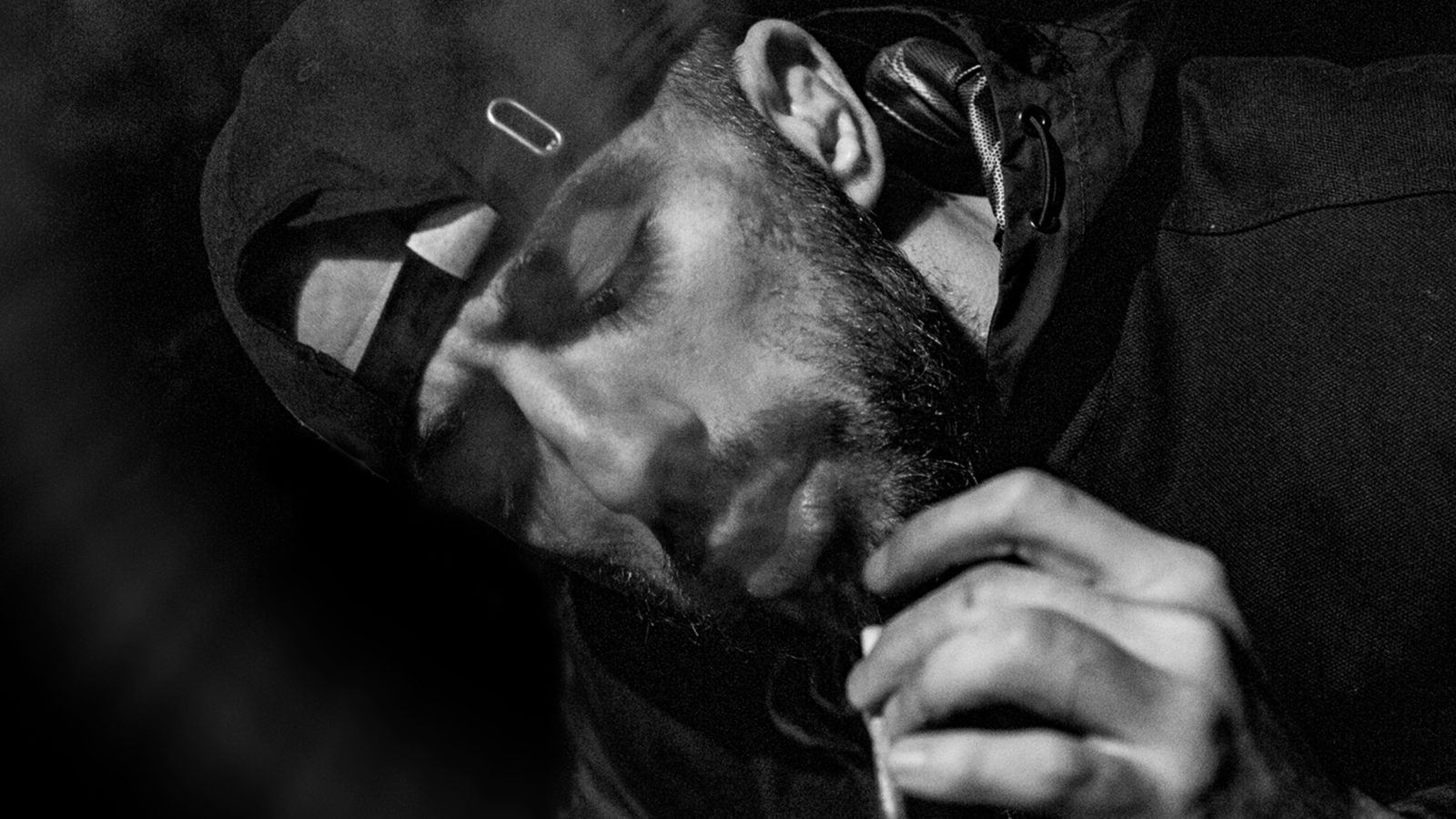 Waddup Silla and, first of all, compliments!
Its safe to say that 2019 has been a very satisfying year for you artistically and you have started off 2020 even more focused with “Dioscuri Tuxedo” and your latest EP “Pericle in Quarantena”.

In this latest body of work “Pericle In Quarantena” we noticed many references to your hood in South Milan. Tell us about how this area shaped you as a person and as an artist and why this sense of belonging to Milan and to your hood is a recurring theme in your lyrics.

Hi guys, thanks. I am happy that you noticed how much work I have released in the past years. By nature I am not inclined to be idle, still I am fully aware that delivering 3 albums in less then a year is quite an achievement! As regards my city and my hood, I admit that these themes are an integral part of my writing, however this is not my only source of inspiration. I have deep ties to the place where I was raised because of many important memories and because of people there who are part of my life to this day. I’m not a street rapper, I’m not a thug. My life is intense but normal. When I write I use vivid imagery and flashbacks of my past and my neighbourhood.

Back in the days we didn’t have social media or instagram stories to portray our attitude, on the contrary, we would rather not talk about certain things and we were very careful not to let sensitive information slip. Nowadays everything is different, everything is exposed. How has the hood raised me? For sure it has instilled some negative behaviour but it has also taught me how to interact with people in different and uncommon ways as well as to know when to speak and when it’s best to shut up. My persona and my studies are the things that qualify me most as an artist. What transpires is that I’m a good guy, raised in a well to do family which greatly valued the education of its children.

In one of your verses in “Dioscuri In Tuxedo” you say: “even thirty year olds need music that speaks for them”… Do you think that in Italy there isn’t enough music on offer for people of your generation? How come? In general what Italian music (Hip Hop or other) represents you at the moment?

Yes I do think so, although, at times, I may purposefully exaggerate this concept in my music. Obviously rap is a young genre for young people and therefore it’s easy to see why kids may feel that lyrics penned by someone their own age hit closer to home than mine. I absolutely have nothing against this way of thinking. However, I believe that in Italy this phenomenon is exaggerated. Rap is often seen as a transitory genre between ages and our audience is more immature than in other countries. I am now 33 years old and I’m sure that to a large portion of listeners I am already perceived as being too old, especially because I am not trying to simply maintain my fanbase but, rather, I am also trying to attract new listeners.

In our opinion your style of writing may be stylistically compared to rappers like Roc Marciano… how would you describe your lyrics? Who else inspires you? Do you believe this new wave of underground Hip Hop can take hold in Italy?

Listen, I can tell you right away that Roc is one of my favourite artists because of the way he set up his solo career. He made me understand how my musical musings could be actually made reality. He has always been a concrete example of how things should be done. Maybe we share a common love for super soulful yet obscure moods and, from a writer’s standpoint, he seems to have the ability to construct songs with multiple levels of imagery while mixing rough and smooth bars. Aside from these shared interests, I don’t think you can compare us: I do not have his audience or his hustler-pimp mentality (lol).

In your lyrics you often refer to classic and contemporary art… tell us about this passion of yours and why you like to overlap urban Hip Hop themes with artistic or literary content.

All the answers I have given you so far are also partly an answer to this question. I do not make street rap but I have been in the streets. I don’t write intellectual raps but intelligent raps. In the past years I have increasingly been attracted to contemporary and classic art, this interest has helped me to find a job in a modern art museum about 4 years ago. The balance between the various aspects of my past and present as well as my dystopian attitude towards the future are the main ingredients in my lyrics and also what sets my writing apart from the rest

Another dimension you often delve into is that of combat sports, which, by the way, we are also interested in… so tell us about this. Who are your favourite fighters at the moment and do you see any parallels with the world of Hip Hop?

Yes, I love combat sports. At 16 I had my first taste with Thai Boxe but I quit after a year. Then, when I was 20, as I was helping a dear friend who was opening a streetwear shop in Via Gola, I met my dear friend Spen, who was living in the area and was practicing Thai Boxe as well. he convinced me to give it another go and took me to a gym where I started boxing. Since then I never stopped. I have tried boxing, grappling, wrestling and luta livre. I still feel the need to work on my physical form and find ways to release tension. Sports are an essential part of my being a man, mens sana in corpore sano as the Romans used to say.

I don’t really have a favourite fighter. In boxing I could say my favourites are Miguel Cotto, Felix Trinidad or Winky Wright for his defensive abilities. In grappling my favourite is Marcelo Garcia in wrestling Saitiev and our own Chamizo. In MMA there are too many fighters to name that have inspired me. As regards finding parallels between fighting and music I’m not entirely sure, but maybe music is similar to sports in the sense that it also requires time and self sacrifice in order to succeed.

Back in the days your stage name was Lu Prinz… how has your style evolved since then? In what area have you improved the most?

My first stage name was Prinz, then I was Lukiddu then finally I became Silla in 2015. Each moniker coincided with an artistic phase: an insecure and unripe beginning, an evolution during which I still tried to fit too many concepts into a verse and my present state in which I think I have found the right balance in all aspects of my writing. Lately I have started doing my own cover art and beats because i like the idea of being artistically independant. Of course I feel I have improved throughout the years. I have been writing for ages and my generation of rappers is known to let months go by before actually hitting the studio, so when I turn on the mic I really know what I want.

You and Weirdo have great chemistry and complete each other: how did your collaboration begin? tell us about your studio sessions together? Aside from Weirdo what producer would you like to work with? What about other rappers?

Weirdo is one of Italy’s best beatmakers, it’s not up for debate. I am happy he chose to work with me and decided to spend his time and energy with an artist who is starting again from scratch. We are both adults and, understandably, sometimes other criteria aside from artistic necessities become more important but this is not our case luckily.

Maybe we work well together because we have both found artistic maturity and we have the same refined taste. We usually don’t work in the studio. We both do our thing individually at home, then eventually, we meet up to smooth things out in the studio. We have very different schedules and production routines so it wouldn’t be feasible to dedicate entire days to making music together. He makes the type of beats I like and now I’m trying to produce on my own stuff as well. At the moment I can’t hear this type of sound anywhere else in Italy, maybe I haven’t looked hard enough though. I am not pressed to collaborate with other artists, however,  in the future you will certainly see me on tracks with other rappers. When this occurs it is always because of mutual artistic esteem.

Now that you and Weirdo have started making noise in the underground scene what do you expect to happen? Have you asked yourselves where you are heading and what steps you should take next? Do you have specific objectives or ambitions?

Honestly I have no expectations, expectations can kill you as well as your art. I will continue making music as much as possible but at the same time I’m chilling. Although I have released a lot of material in the past year I haven’t had any concrete results so its best not to think about numbers and hype, sometimes these figures can give you a truthful but unhealthy vision of reality.

Your latest project is titled “Pericle In Quarantena”… first of all why is it referred to Pericles? How have you spent this lockdown period? How do you feel about everything that is going on?

“Pericle in Quarantena” is a project that I started from scratch and finished in about 10 days at the start of this emergency we are all experiencing. I managed to bring a microphone, a sound card and other necessary items, just in time. It was the right choice because it helped me to keep my mind busy. I wrote all the tracks, produced 3 out of 5 beats and worked on the cover art all in 10 days. The result was a raw but well put together product and I’m satisfied with it.

I chose this title because this health emergency we are living in reminds me of the situation that Pericles, a political leader in Athens around the 5th century B.C, experienced. He died of the plague during the Peloponnesian war after deciding to lockdown the whole populace within the city’s walls to avoid a direct confrontation with Sparta. If you want to know more about this I suggest you read Thucydides. Today’s world is difficult to decipher. It’s too soon to say what we will experience politically, economically or socially in the following months or years. One thing is for sure, science has proven itself to be vulnerable: we have heard everything and its opposite concerning this virus during this phase. We are weak and medical science has to go through failures before it can declare victories. This is what we are currently witnessing in this situation.

What projects are you currently working on?

At the moment I’m stocking up on beats for my next releases and, with Weirdo, we are setting the foundations for Dioscuri In Tuxedo 2. We are currently working on a collaboration with a legendary Italian rapper which makes us both very proud. In addition we have a couple other big collaborations we are working on but we will reveal all when the time comes…