Hi Lanz, how are you? You are closing the year by participating in “Inganni”, a new collaboration with the DJ and producer Dropsy, a veteran of the Italian Hip-Hop scene. How was this collaboration born? Where does the title come from and what does it represent?

LANZ KHAN: “Hi! I would say that everything was great , despite the kilos taken during the holidays. The collaboration stems from our friendship and mutual artistic respect. I would say that it all started very naturally. We wanted to do something very Hip Hop, far from the logic of today’s single”.

“Being a lover of the world of graffiti writing (especially of  the Milanese one); at a certain point, I had the idea of taking the episode involving Drop in the Inganni metro in 1991. I proposed it to him and the idea immediately convinced him. Beyond the episode itself; “INGANNI” represents an attitude”.

How did you and Dropsy meet? Did you meet in the studio for the recording of the piece? Did you immediately find artistic chemistry and, in general, what was it like working with Dropsy? What did you find different compared to other producers you have worked with?

LANZ KHAN: “We met Drop in person at some party or event, but we already know each other by name. At the time he was already a prominent king of writing and an established DJ, while I pushed my records (with some good feedback) into the Milanese underground. We obviously found ourselves in the studio (I take this opportunity to thank the Caveau Studio) and we finalized the song together. Drop was very present during the finalization of the piece, while for the composition he gave me full confidence. He has an artistic vision matured with experience and this is a rare value nowadays”.

Hi Dropsy, it’s a pleasure to hear from you. You called Lanz Khan to rap on your new beat. Where did the idea for the song come from and why did you choose Lanz to rap on it? Will it be part of a larger project or is it just a single?

DROPSY: “It’s a pleasure for me too. The idea of the single was born spontaneously. I have known Lanz for a long time and there is a great mutual respect”.

Inganni refers to the Milan red line subway stop, where exactly 30 years ago I was involved in a shooting while I was painting graffiti on the side of a train. Luckily there were no consequences for me and the other guys involved as we were able to escape.

Dropsy, how was working with Lanz? Did you work together in the studio and what amazed you the most about his way of working?

DROPSY: “If I can define it with an adjective, I would say very“ stylish ”. The track was closed in one afternoon. It is a very raw and direct piece, only bars, no refrain: rap in its essence. Either you know how to do it or you don’t. Lanz has a very refined and studied writing, nothing casual and low-key, 100% pro”.

In fact, Lanz, returning to you, you started 2020 by releasing “Pearl Necklace”, an album that demonstrates what Drop just said: how did that album come about? Did you get the response you expected? What are your favorite songs from that album and why?

LANZ: “The album went well (in my opinion). The feedback was more than positive and I am very happy about this. Physical copies (on vinyl and CD) also did great. Obviously, then, we always aim to do better. Among my favorite songs are the title tracks “Collana di Perle“, “Kandinsky Innamorato” and “NotreDame“. The first, which contains a tribute to Franco Battiato ( my absolute favorite artist), is a journey: interior on life and death through numerous symbologies and fully summarizes my feelings about it”.

“Kandinsky Innamorato” is, on the other hand, one of the most anomalous pieces of my musical production, but at the same time one of the most “mine”. We talk about love in an urban setting and I feel that the atmosphere of that piece pervades me when I listen to it again. Also, Eddy Veerus’ refrain, which I have known for a decade now, embellished the whole thing”.

Songs always carry stories that increase their value for those who make them. NotreDame, on the other hand, is a bit like the ideal completion / continuation of “Collana di Perle“

Your rhymes are often full of references, sometimes even cryptic and “esoteric”: where do you get your inspiration from when you write a text? In general, what kind of films and books (or other) have inspired you the most in your artistic path?

LANZ KHAN: “Certainly films, books and pictorial works of art are very influential on my way of graffiti writing. I like to think of words as images and colors. I absorbed suggestions from Magritte, Caravaggio, from Byzantine art in general, from French symbolists and much more. As for the cinema, certainly Kubrick, Scorsese, Polanski, Takashi Miike, Argento and, in a broader sense, the strands of the 70s thriller, noir and yakuza movie”.

“As for the esoteric aspect, however, I’m a big fan of it and I’ve devoured a lot of books about it. For me it is an approach to philosophy (in a broad and non-academic sense) through symbols. Inevitably, all these inputs somehow manage to find a strange harmony in the lyrics”.

Where did your name Lanz Khan come from and in general, do you remember, when and why you started rapping?

LANZ KHAN: “Lanz is a phonetic evolution of my first name “LANCE” (hence the historical nickname of Lancetti). I decided to add “Khan” to emphasize the impactful and somewhat warrior attitude I’ve always had in rapping.

I started around 2003/4, when rap was still not in fashion among my peers (indeed!). The world of Hip Hop for me represented (and represents) a territory essentially of expressive freedom. It was probably this aspect that struck me at the time, in addition to the stylistic wonders that this culture had generated up to that moment”.

Who are your major musical influences instead? Who are your favorite artists of all time? And the albums you have heard the most in this 2021?

LANZ KHAN: “The bulk of my influences go back to the rap I listened to when I was younger. I can quote you: Kaos, Club Dogo e le Sacre, Danno, Truman Simbio, Don Giulio, Ghost Dog and many others”.

“Among the Americans certainly: Jay Z, Wu Tang Clan (plus the solo paths of its members), Jedi Mind Tricks, Griselda etc. Surely it’s a cheap list, because in reality (as we have already seen) the things that inspire me are many more and often not always musical”.

“Among my all-time favorites, in addition to the aforementioned Battiato, there are certainly Santana, Charles Mingus (which I exhausted this year), Howlin Wolf, Tom Waits and many others”.

Dropsy, on the other hand, as far as you are concerned, do you have any artists or albums that you have listened to more than others this year? And what has inspired you the most in the last period?

DROPSY: “I listen to a few new releases. I am much more inspired by the classics, from the 70s to the 90s, from reggae to rap and more. The only album I’ve entirely listened is the one of Dj Khaled, because I’m a fan and because I like his attitude and his open-mindedness” 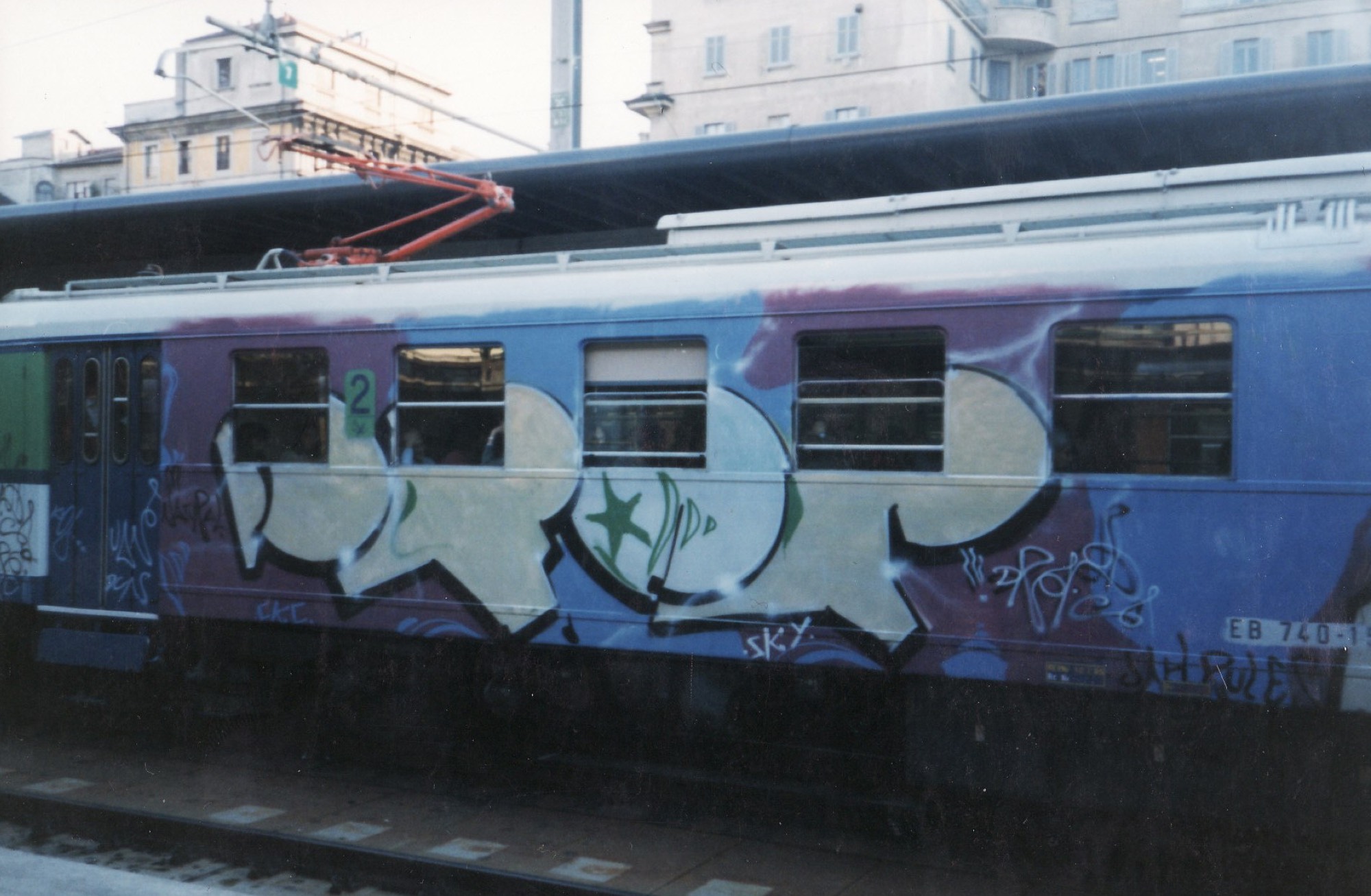 Cease Gunz: «I changed names and sounds like graff writers change their tags to experiment»