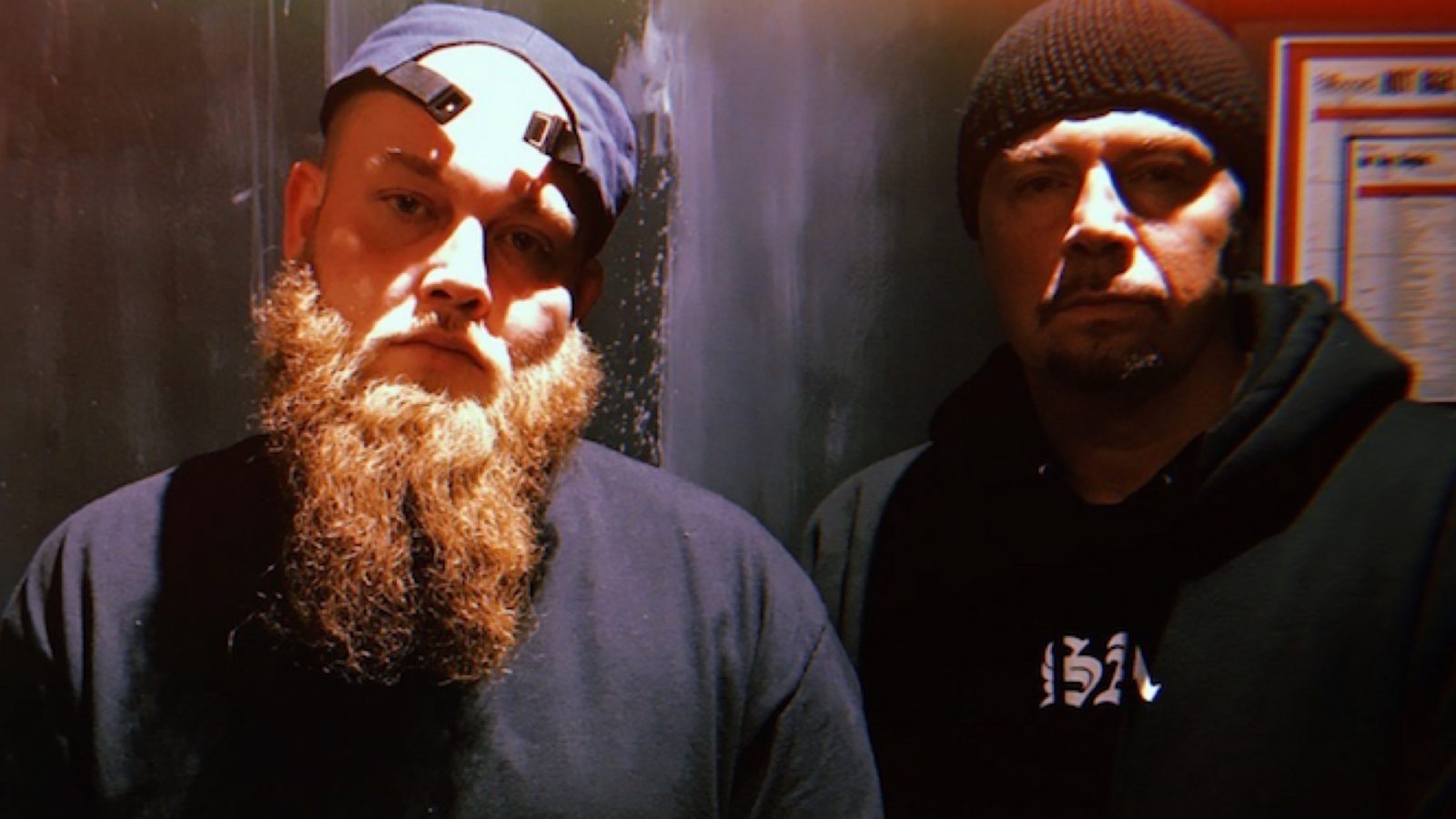 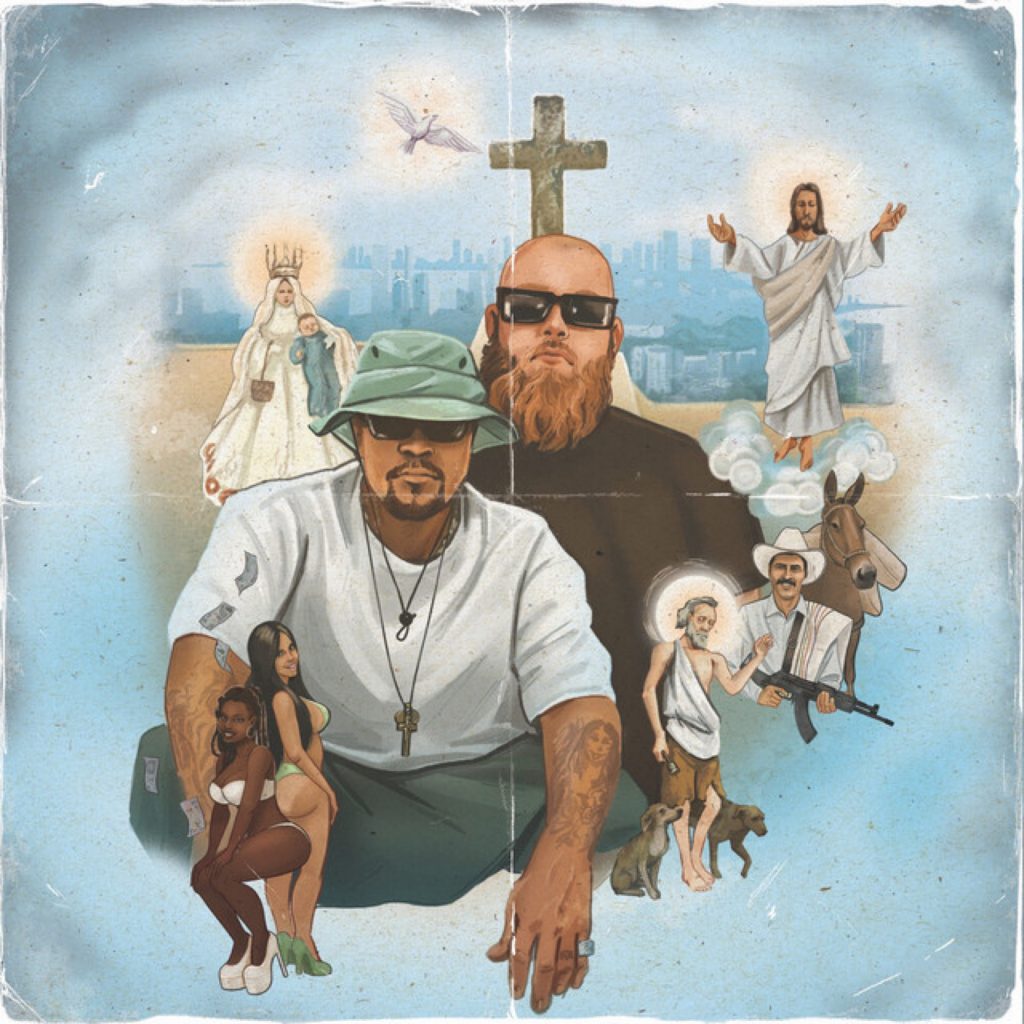 Who among us fans wouldn’t dream of embarking on a trip to a tropical country with the legendary and visionary Cypress Hill producer DJ Muggs? However, we know how the brilliant mind behind Soul Assassins Records, is selective in choosing the companions of his artistic adventures and beyond. So then we just have to be transported to the second stop of his journey in the streets of Colombia, (this time to Cartagena, after the 2019’s Medallo ), with an incredible soundtrack specially packaged together with CRIMEAPPLE, rapper from New Jersey with Colombian origins, guide of Muggs for the occasion.

In designing the musical carpet and the visual testimony of this journey in the Colombian barrios, accompanied by the mezcla of flows and languages ​​of CRIMEAPPLE, DJ Muggs gives us, once again, a glimpse of his genius: the Californian producer, in fact, is now moving in a parallel dimension with respect to the musical panorama of the international Hip-Hop scene. After 30 years of honored career, spent experimenting sounds combinations, which transformed in music his way of being and thinking into music, with the perseverance and dedication of a Shaolin monk, he has perfected an art that no other producer in the world could imitate, of which he is an unattainable master. 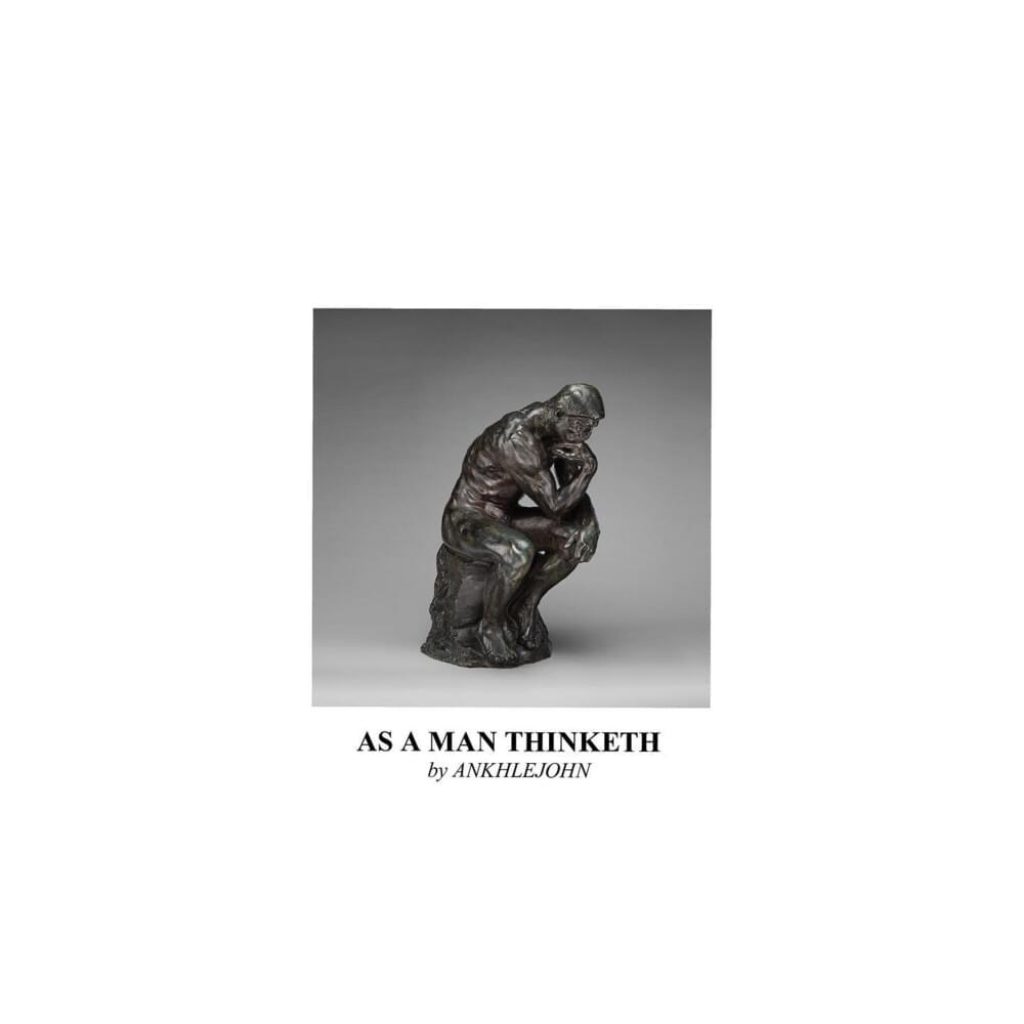 As A Man Thinketh ANKHLEJOHN

For those who follow us, it is no secret that this MC from Washington D.C., known as ANKHLEJOHN is among our favorite names. For some years he’s been surprising us, despite the considerable amount of projects he releases every year. (First only on direct contact, for those who want to directly support his art and later on streaming platforms). His latest work “As A Man Thinketh“, in our opinion, essentially demonstrates what the strengths of this creative emcee are, the ones which make him one of the leading elements of today’s incredible American underground scene.

First of all ANKHLEJOHN has developed an unique style, voice and flow, seasoned with a great personality, which, only apparently, contrasts with his small size. The crackling character that distinguishes the Washington rapper emerges, above all, from the use he makes of his aggressive and frank lyrics, mixed with a pungent irony and a creative use of ad-libs. Another reason, which in our opinion, makes his projects always extremely enjoyable, is ANKHLEJOHN‘s exceptional ear in selecting the beats to ride. In fact, the contrast between the strong irreverent and direct spirit of ANKHLEJOHN and the soul samples of the productions, create a brilliant synthesis.

Listen to "As A Man Thinketh" 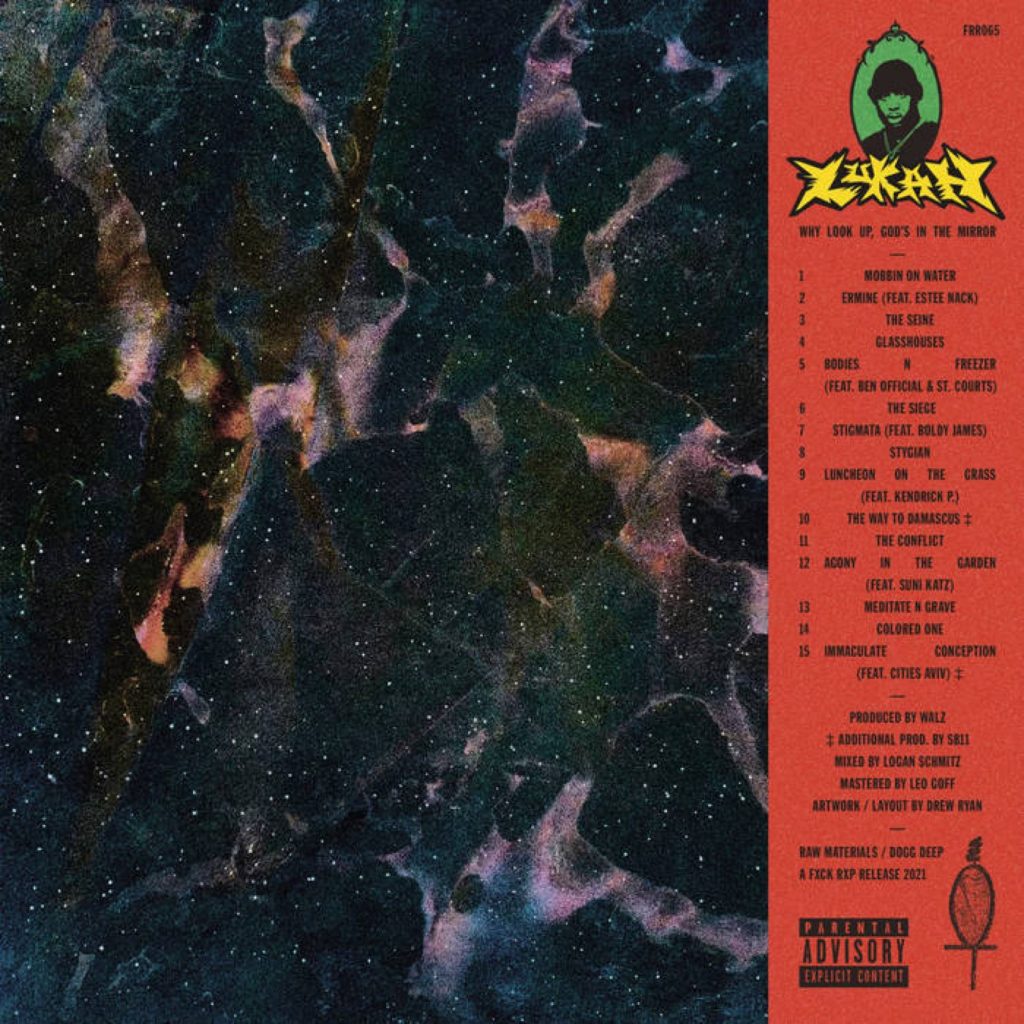 Why Look Up, God’s in The Mirror Lukah

Memphis, (Tennessee) is undoubtedly one of the great capitals of American Hip-Hop, but the rap that came out of its hoods has such a recognizable imprint, still today influenced by the innovative sounds and flows, made popular by the Triple 6 Mafia , before, and from the various Yo Gotti, Young Dolph and so on, today, that really few, listening to the sounds of “Why Look Up, God’s In The Mirror“, would ever suspect that Lukah could be a rapper from South Memphis.

Actually, by carefully listening to the lyrics and absorbing the atmosphere of this new Lukah’s album (topped off by the featurings, among others, of Estee Nack and Boldy James) it’s clearly possible to perceive the influence that the city, which laps the shores of the Mississippi River, plays on the music of this skilled lyricist. Lukah pours through the 15 tracks of “Why Look Up, God’s In The Mirror“, in an introspective way, the accumulated anger, experiences, frustrations and sufferings, growing up in the streets of Memphis.

Listen to "Why Look Up, God’s in The Mirror" 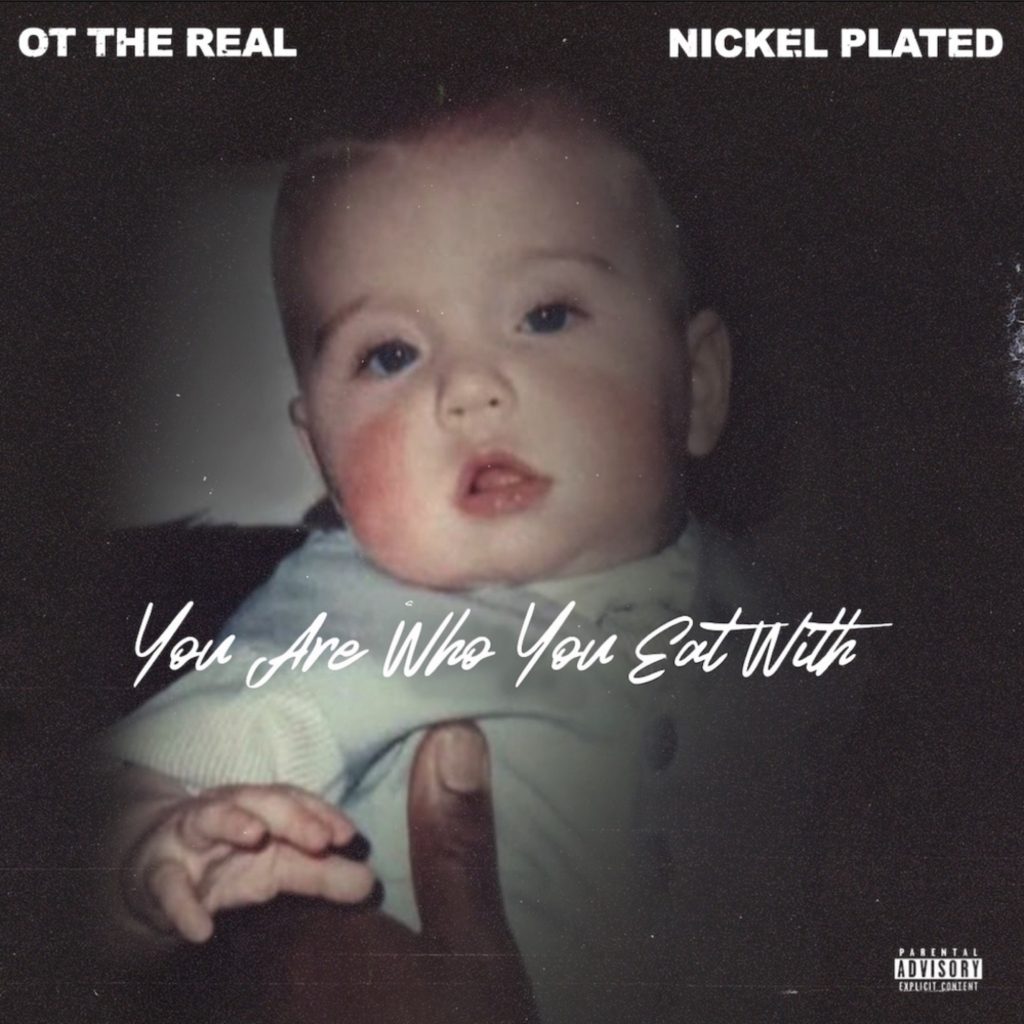 You Are Who You Eat With OT the Real & Nickel Plated

“You Are Who You Eat With” is the third project of 2021 for the Philadelphia rapper, OT the Real, who again proves to be in great shape and particularly inspired. OT is one of those rappers able to tell his life in a frank, sincere and credible way, and the streets of the Rocky Balboa’s town, recognize and respect the status earned on the field (see the featurings with Lik Moss and the co-signs of legends such as Freeway or Beanie Sigel). In fact, when someone has really dirty his boots on the battlefield, he does not need, nor has the will, to shout from the rooftops, be pleased and brag about his own experience.

His credibility shines through in the music and rhymes, thanks to the experience gained and the scars of the wars carried inside. So in the 9 autobiographical songs of “You Are Who You Eat With”, OT the Real gives an honest insight into his past and his survivor mentality, a result of the past mistakes. Among the featurings, you can find Flee Lord, Lik Moss, Nems and Big Leaf, while he musical production is entirely realized by Nickel Plated.

Listen to "You Are Who You Eat With" 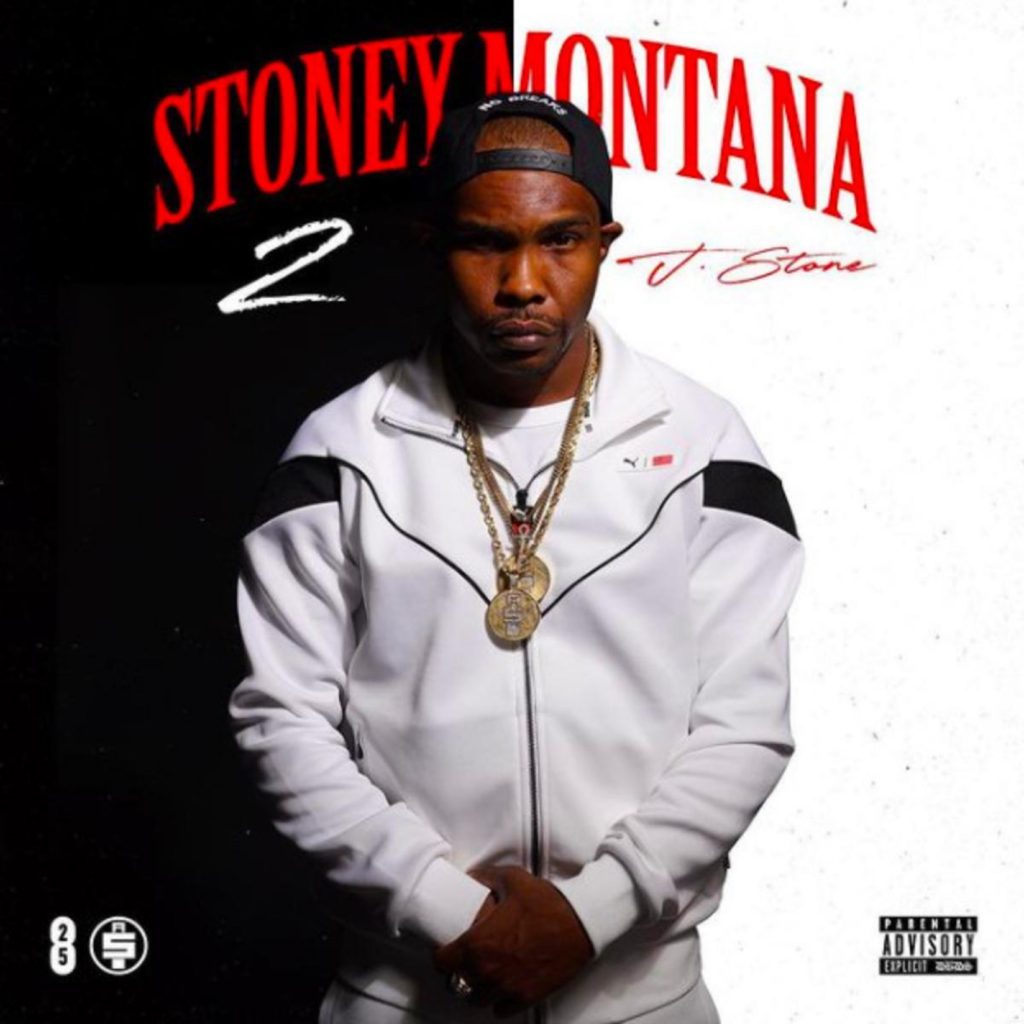 Los Angeles boasts a tradition of lyricists who have taken over, from generation to generation, the torch of that West Coast-style gangsta rap that has revolutionized the world music scene. Each historical phase has had its performers: from the moment in which N.W.A and Ice-T, indelibly opened a new front in the Hip-Hop scene, bringing the gangsta rap of the Los Angeles ghettos to resonate throughout America; then it was the turn of the Snoop and DRE’s G-Funk revolution, passing through the Tupac Shakur (R.i.p) poems for gangsters, until the torch arrived in the hands of a young leader, by words and facts, Nipsey Hussle (R.I.P).

The murder of Nipsey indelibly shook the Los Angeles scene, which lost its leadership, but the example of Crenshaw’s late hero could not remain infertile and the Marathon could not be stopped. One of the main candidates to inherit the heavy burden of this tradition is Long Beach rapper J. Stone, not surprisingly, one of Nipsey’s loyalists and affiliated with his All Money In label. J.Stone, as he demonstrates in Stoney Montana 2 (more like a street album or mixtape, as they were called a few years ago, than an official album), takes it upon himself to carry on the tradition of Los Angeles street lyricism and values embodied by the Marathon represented by Nipsey Hussle and, in our opinion, he does it very well. 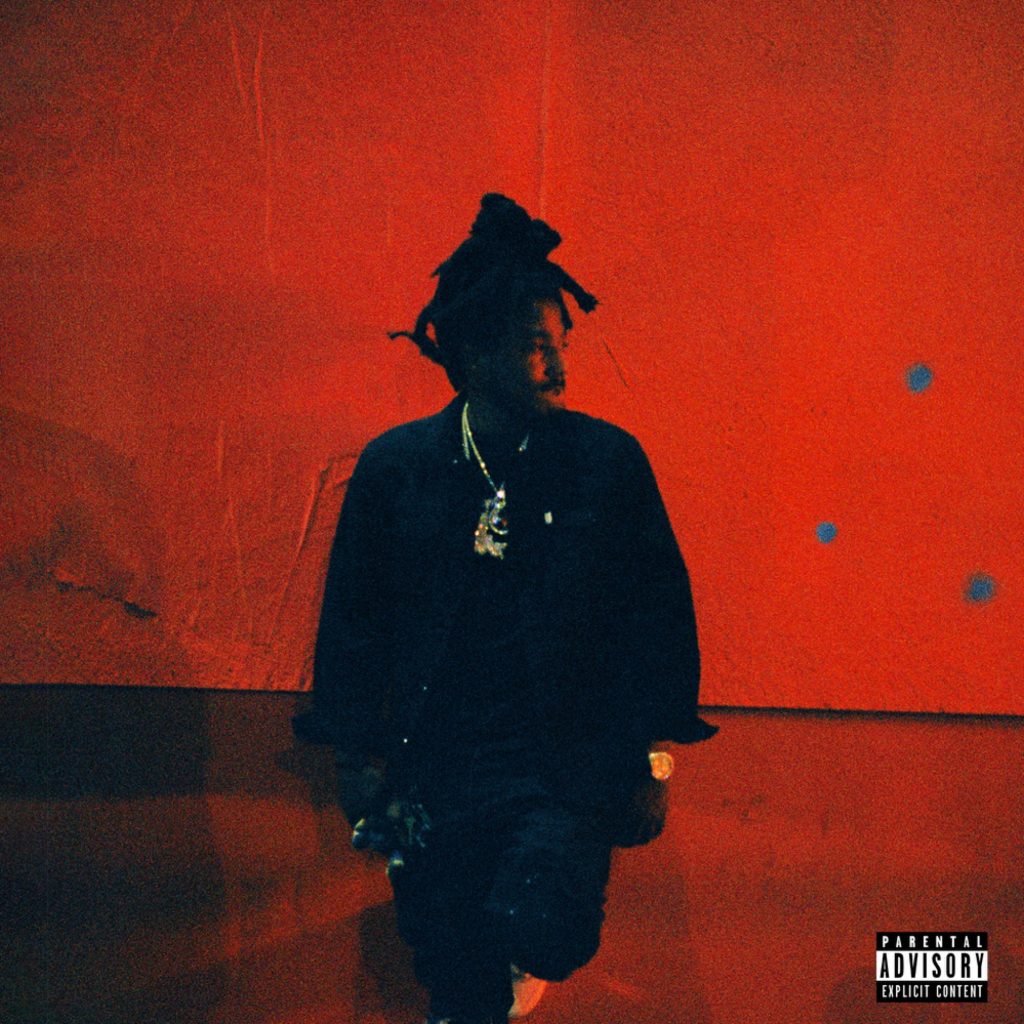 Probably, many of our non-American readers do not know that in reality the capital of the state of California is not Los Angeles, but Sacramento. On the other hand, no one can be blamed. In addition to the NBA franchise, objectively, we do not remember many occasions in which this city of not even 500,000 inhabitants has been talked about, beyond the Californian borders, unlike the giant and glamorous “City of Angels’ ‘. Also, the Hip-Hop scene, we would like to say, has not received particularly significant contributions from Sacramento in the past (apart, perhaps, C-Bo and a few others with a limited impact, however, only to the West Coast). Who, in recent years, has had the merit of having put Sacramento on the Hip-Hop map, album after album, rhyme after rhyme, was the native rapper of the Oak Park neighborhood, Mozzy.

Mozzy has not only become, in a short time, a well-known face of the city and Californian music scene, but a cover man, point of reference and legit heir to the West Coast gangsta-rap movement. With this latest project, titled “Untreated Trauma”, Mozzy shows off his consistency in continuing to want to give voice to the streets of his city, without watering down music and content, despite its popularity having long since crossed the borders of the state of California. 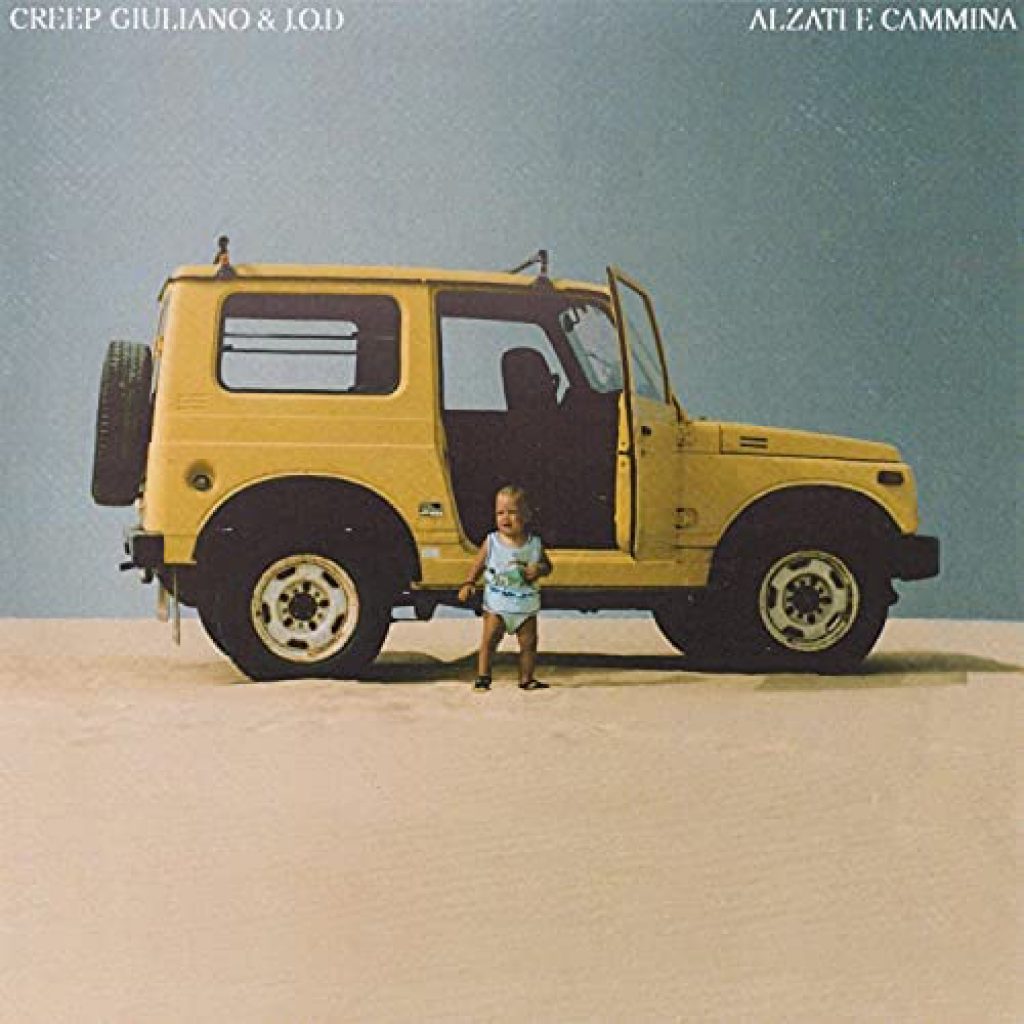 From our point of view, looking at the surface of the Italian Rap scene today, one cannot but notice a flatness of ideas, contents and sounds. If on the one hand, we must give credit to the exploits of several young kids who try to express the discomfort of the outskirts, on the other hand, the artistic and content direction of the industry on the Italian Hip-Hop scene seems to be extremely homologated and banal. If before they cloned Atlanta trap sound and swag, today clones of clones of UK drill or French rap are born like mushrooms. There is a lack of original ideas and alternatives, but if you dig deeper, some examples of well done rap, with original ideas and lyrical depth, that represent a more mature audience, exists.

The rapper from Florence, Creep Giuliano is certainly one of them. Take his latest work, “Alzati e Cammina” ( “Get Up and Walk)”, entirely produced by JOD: It’s an introspective and honest journey into the most and least pleasant moments of the rapper’s life, declined with great lyrical qualities on classic-flavored productions, accompanied by the excellent featurings of Montenero, Il Turco, Kazawi, Louis Dee and the American Smoovth. This is an example of when Rap that is not only entertaining, but also it makes you think. 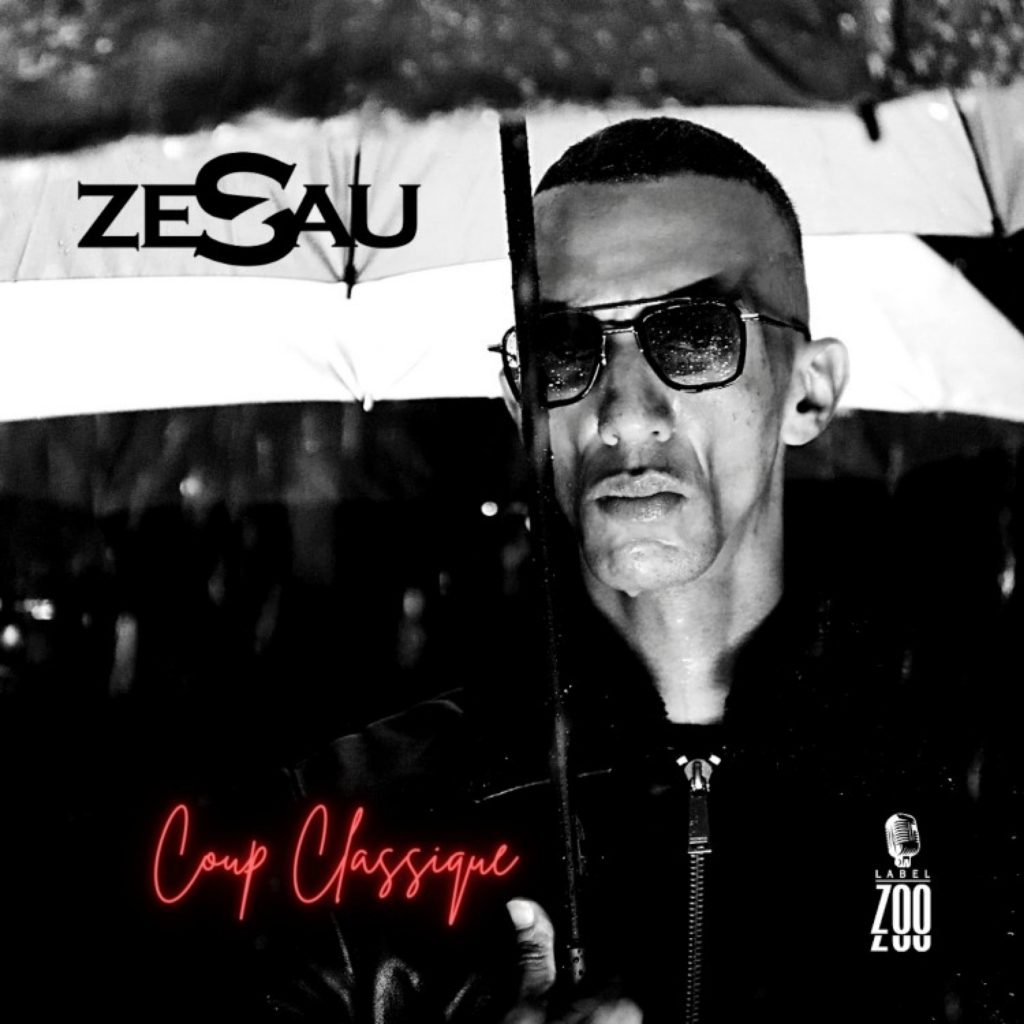 Let us be clear, it is not the kind of sonority that an artist relies on as a carpet for his rhymes and his message, which makes a quality result, nor the technical level of joints and complexity of his rap. This is not our school of thought: we look at the final product, the message, the artistic depth and who or what it represents. Take for example Coupe Classique, the new Ep of Zesau, the Parisian veteran MC of Martinique origins. Zesau has gone through the different phases of French rap, knowing how to adapt his Rap to different eras and sounds. Coup Classique demonstrates the versatility of the French MC, which goes from drill to a more classic sound and more melodic moments, without compromising the integrity of his rap, his message, the artistic vision of his Rap and what he represents, demonstrating in 2021 to still be relevant in the French scene.