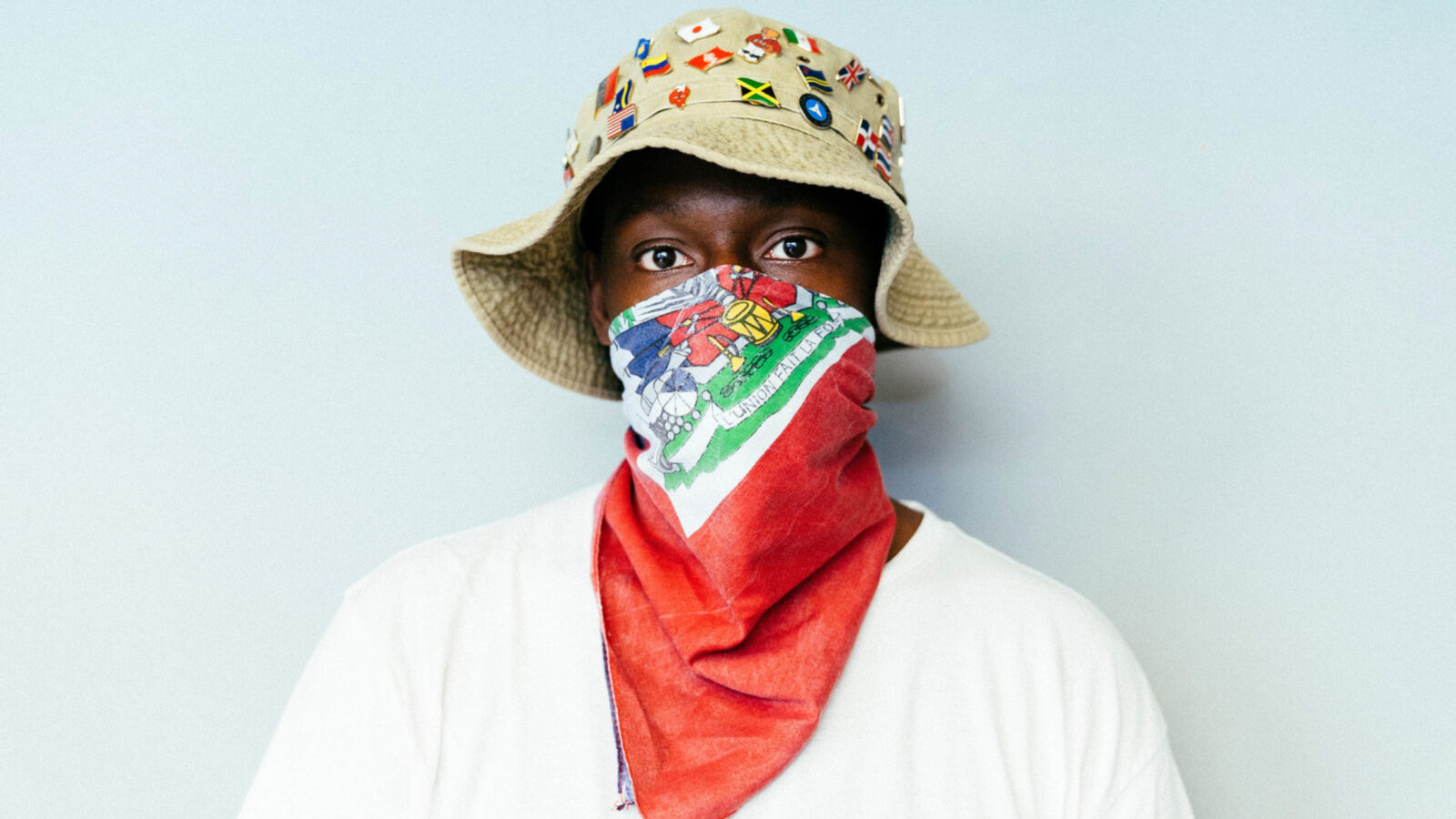 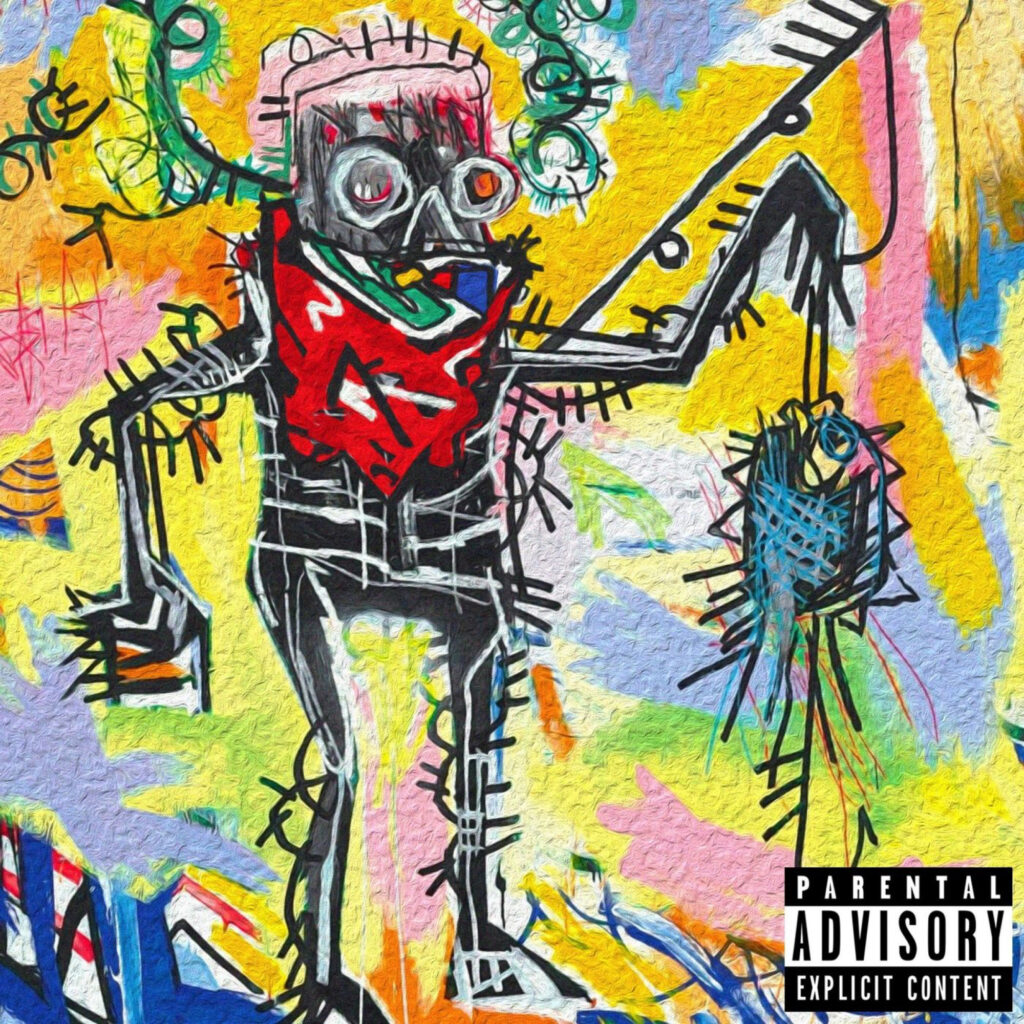 It was around the 2016 when the eclectic and mysterious character, known by the stage name of Mach-Hommy, native of the poorer half of the Caribbean island of Hispaniola, the former French colony of Haiti, and grew up in New Jersey, was recruited by the charismatic leader of Griselda Records, Westside Gunn. First as a videomaker and then as a brilliant MC, Mach-Hommy, thanks to his artistic fancy, immediately entered the graces of the ambitious and visionary rapper and entrepreneur from Buffalo, who had immediately involved him in various projects, including the “FlyGod” LP, “Don’t Get Scared Now” (one of GxFR’s cult projects of the first hour) and directed his HBO (Haitian Body Odor) album.

The artistic idyll between the two, however, suddenly cracked, when in 2017, some disagreements between God Fahim and Westside Gunn came to light, and the Haitian rapper took the part of the first one. After having continued, undeterred, for a few years, each one his own amazing artistic path, the reserved rapper of Haitian origins, despite he has definitely never cared about the spotlight, keeping himself apart of the social media clout chasing, thanks to his unique style, in which often mixes English with Haitian Creole, he has found favor of the most important Hip-Hop tycoon in the world, Jay-Z himself.

We imagine that the powerful billionaire owner of Roc Nation, a deep admirer of the artistic genius of both, played an important role in the rapprochement between Westside Gunn and Mach-Hommy, knowing the potential of a return to the latter’s Griselda home. We will probably never know the background of this story, but what we can tell you with certainty is that the eclectic Haitian MC returned under the Griselda umbrella, with “Pray For Haiti“, has given to all lovers of Hip- Hop a jewel, which shines for originality and aesthetics. Fantastic news for lovers of this culture and an important signal for this “Renaissance” period.

Listen to "Pray For Haiti" 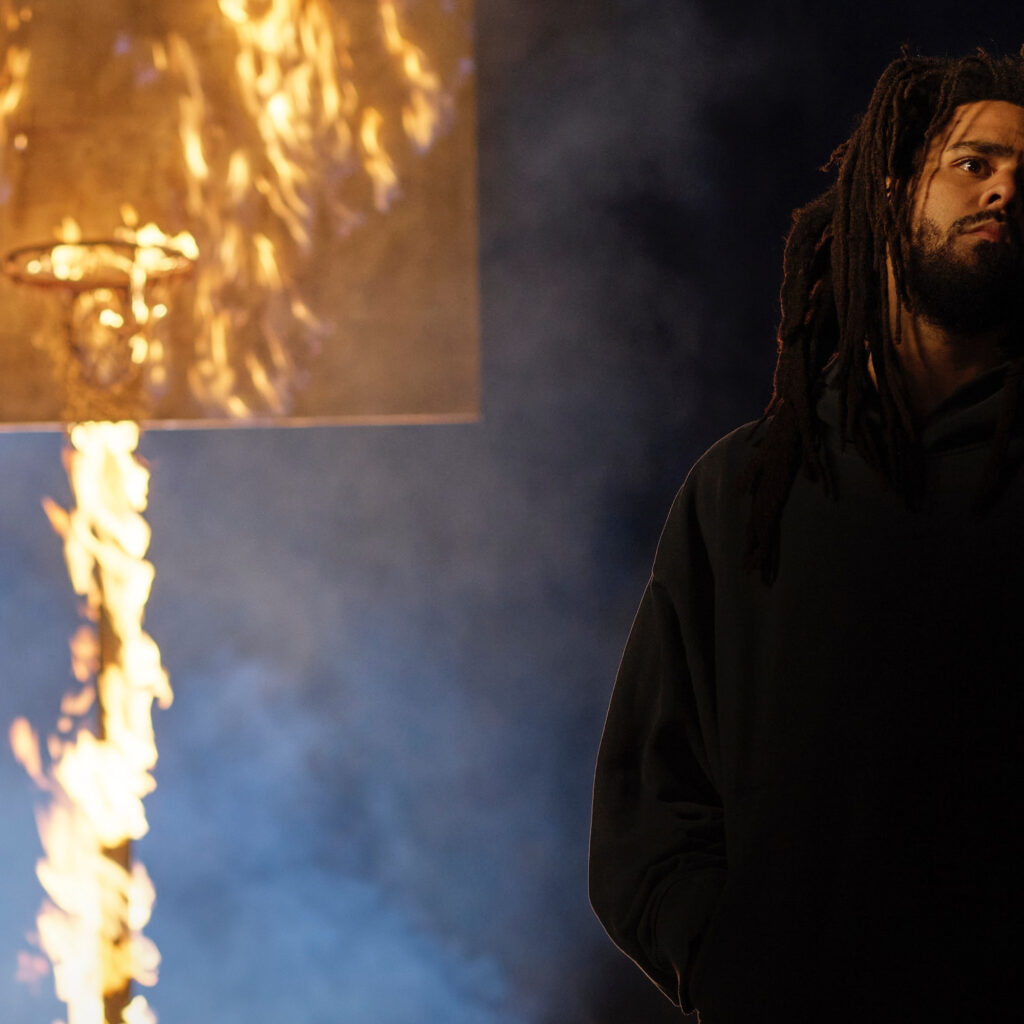 The long-awaited return of who is considered one of the strongest lyricists of the last decade, J. Cole, almost 3 years after his last solo album K.O.D., has already topped the US charts in a few days. A great success, in a certain sense, unexpected, given that the new Off-Season album embodies a more mixtape attitude than the highly personal and “reasoned” albums to which the MC of North Carolina had accustomed us previously.

A freer approach, as some off-season schemes, has perhaps rewarded J. Cole, even if Off-Season still remains a purely Hip-Hop record full of intelligent ideas, like the ones we got used to in the past from him. Indeed, we could say that this lighter approach in the construction of the album, while maintaining an above average level of content, has given J. Cole the freedom to try his great lyrical skills, adapting his flow to the different atmospheres, without feeling the burden of being trapped in an “overthinking” process. Another, perhaps optimistic, explanation of this success could be that in America, too, some of the large Rap audience have finally got tired of the gummy and commercial music that has dominated the charts in recent years.

Listen to "Off Season"

In times of troubled waters and stormy seas, those who most of all know how to keep their route and get out of their shelters, moving at ease between sharks and storms, are the pirates. And there is a seasoned pirate who for years has been wandering, under the radar, in the abyss of the New York underground scene, known by the nom de guerre of Knowledge The Pirate. Those who have been more attentive, would probably have heard about him in the past several times for being alongside the legendary captain of Long Island (New York), Roc Marciano. Knowledge The Pirate sail through the murky waters of the streets of New York, with the experience and wisdom of an old sea dog, guarding a treasure of experience and knowledge of inestimable value. But a good captain can’t go anywhere without an equally good crew. To assist him, in fact, He recruited a crew of some of the most valid in circulation of which E.L.E.M.E.N.T at the rudder of the productions, Stove God Cooks and Rome Streetz with sharp rhymes between their teeth, ready to attack enemy vessels. “Hidden Treasure”, the latest venture by the New York rapper, is already a legend on the seas, those less traveled by the mainstream routes. 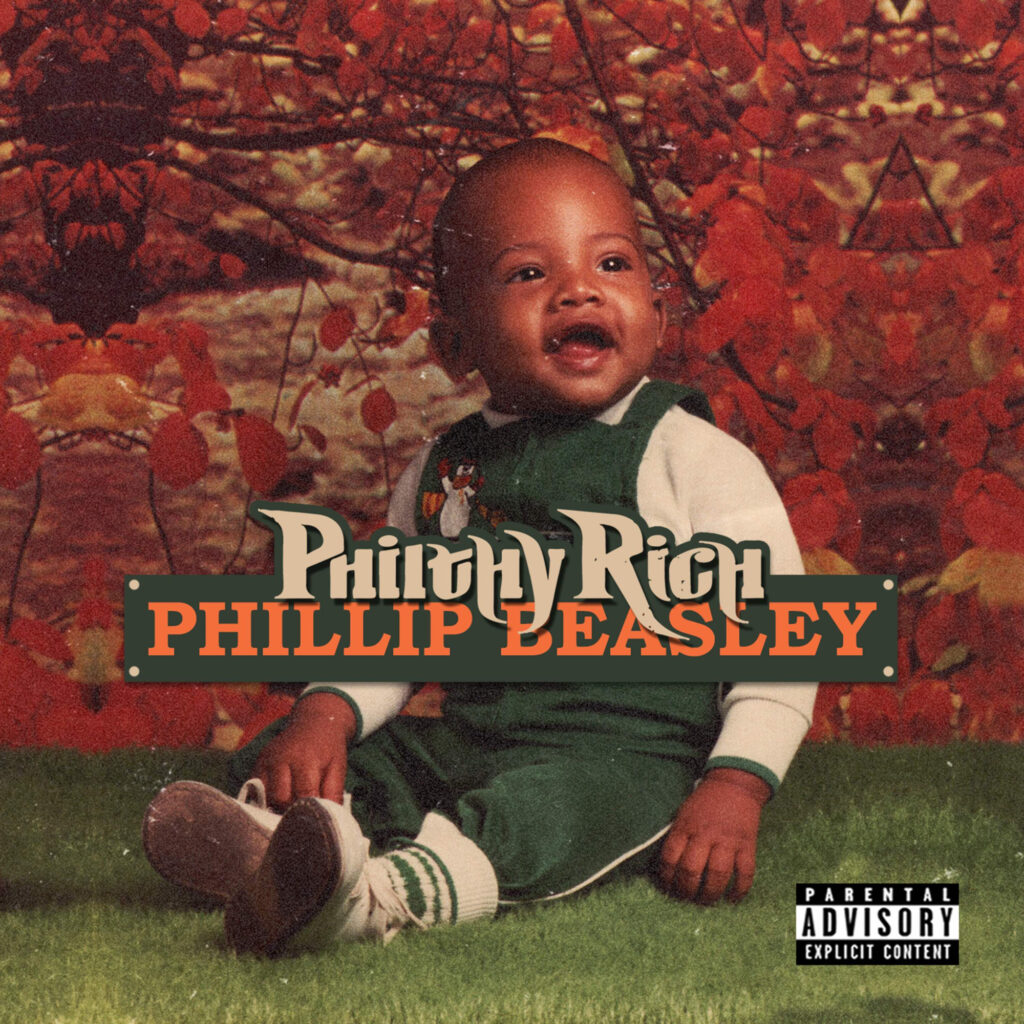 Philthy Rich, for those unfamiliar with him, is a prolific rapper from East Oakland, in the so-called Bay area in California, with a decade-long career behind him and dozens of mixtapes and official albums. Long before he considered pursuing a career with rap, however, Philty Rich had gotten trapped down in the streetlife, going back and forth from jail. East Oakland, where he grew up, has always been one of the most difficult realities on the West Coast of the United States, but Philthy, being tired of leading a lifestyle, that is more harmful than anything else, has decided to pick up the microphone, despite having already well past his twenties, deciding to focus on music and joining Thizz Entertainment Records, the label of legendary Bay Area rapper Mac Dre (RIP). After having released numerous albums and projects, in just ten years, Philthy Rich, who in the meantime has also founded his own independent reality with which he helps the young kids of his neighborhood to make music, is now at the peak of his artistic maturity. His latest album “Phillip Beasley” is, indeed, a personal and solid record. The clear demonstration of his path and where dedication and passion can lead you. 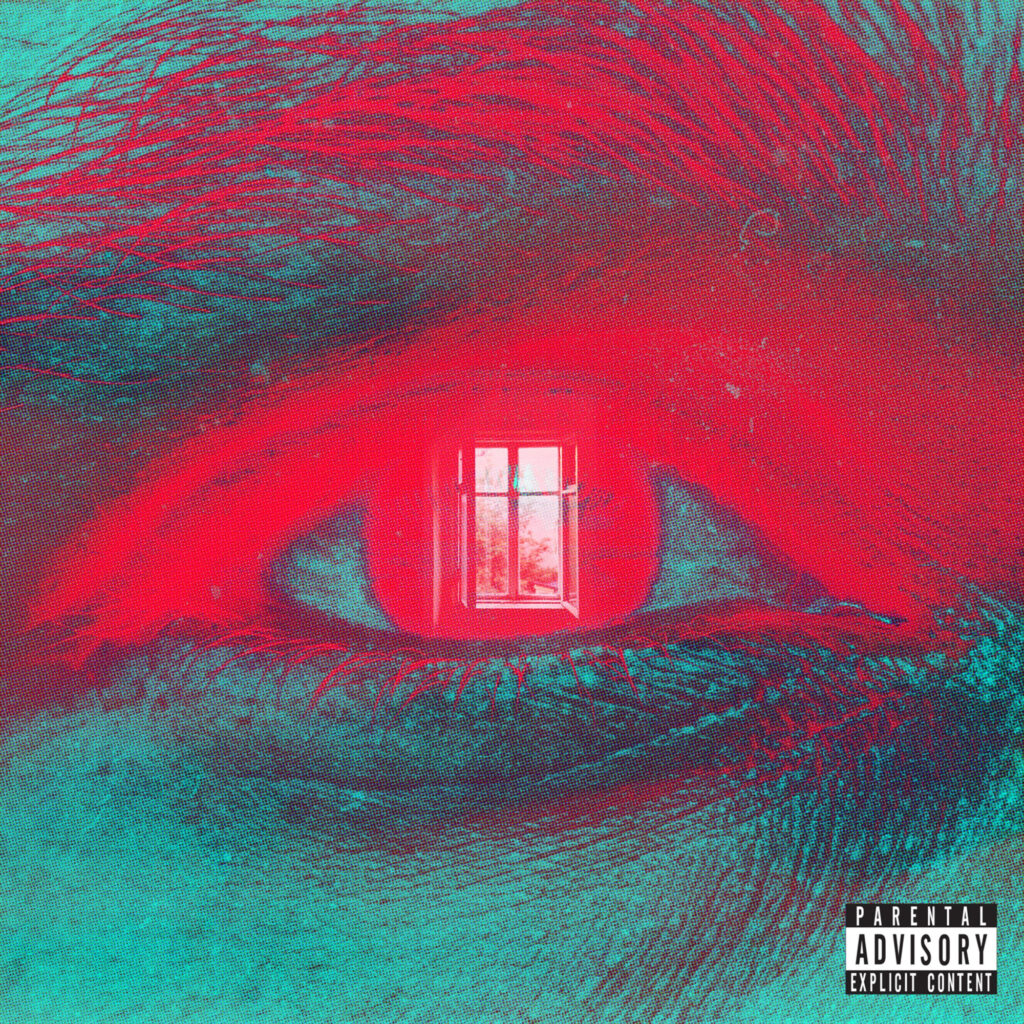 There are only a few miles that divide the Canadian city of Toronto and the northern border of the state of New York and this has certainly had a decisive influence on the growth of the underground Hip-Hop scene in the capital of Ontario. In fact, the musical influences from the U.S northern region, from Rochester to Buffalo, have helped motivate dozens of Canadian MCs to persevere to stick to a classic and dirty Hip-Hop sound and focus on their lyrical skills.

Asun Eastwood, a native of Belize, but raised on the lake side of Ontario, is certainly one of the most valid representatives of this wave of talent and for some years has continued, project after project, to cement his reputation, becoming one of our favorite lyricists in absolute. His latest album, entitled “S.O.U.L“, acronym for Science Of Understanding Life is, so far, the most representative work of Asun Eastwood’s narrative talent. A talent, which is not the consequence of a particular innate gift, but which is the result of constancy, of the many life experiences lived on his own skin and of his ability to elaborate them in lyrical form, in this case, on the Finn‘s excellent beats. Asun Eastwood, who is a grown man and a father, with SOUL offers us an autobiographical tale of his past in the streets of Toronto, with the maturity and analytical skills of those who have overcome and chewed the many obstacles that life put in front. In short, if you were looking for grown-man Rap, Asun Eastwood will certainly offer you several interesting hints. 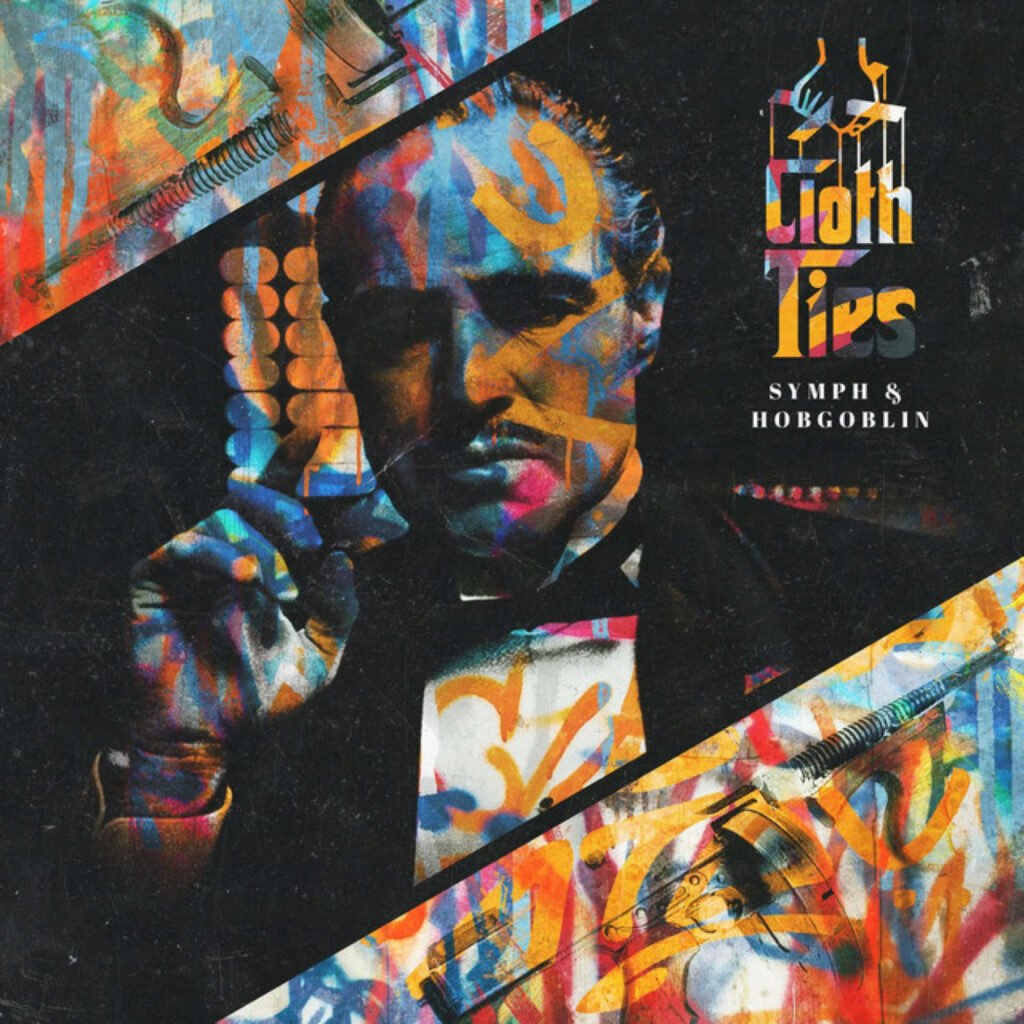 Those who follow us will surely have already read on our pages how Rochester, a town in the northernmost part of the state of New York, has in recent years been the fulcrum of a prolific and exceptional movement of hardcore underground street-rap, rough and grimy, which fits perfectly the cold and dark atmospheres of Upstate NewYork. Among the main actors of this wave there are certainly the members of the DaCloth crew, of which, alongside names such as Rigz, M.A.V, Mooch and others, also includes Symph, which assisted by the productions of the British beatmaker Hobgoblin, has released a project that perfectly embodies the spirit and vibes of the crew he represents.

Symph‘s latest album, “Cloth Ties”, is, in fact, a journey in dark colors in the streets of Rochester, with atmospheres that take us back to the underground street rap that once represented the sound of the New York five boroughs and demonstrates, for those who were not yet aware, of how the DaCloth crew is increasingly one of the strongest and most hardcore collectives out there. 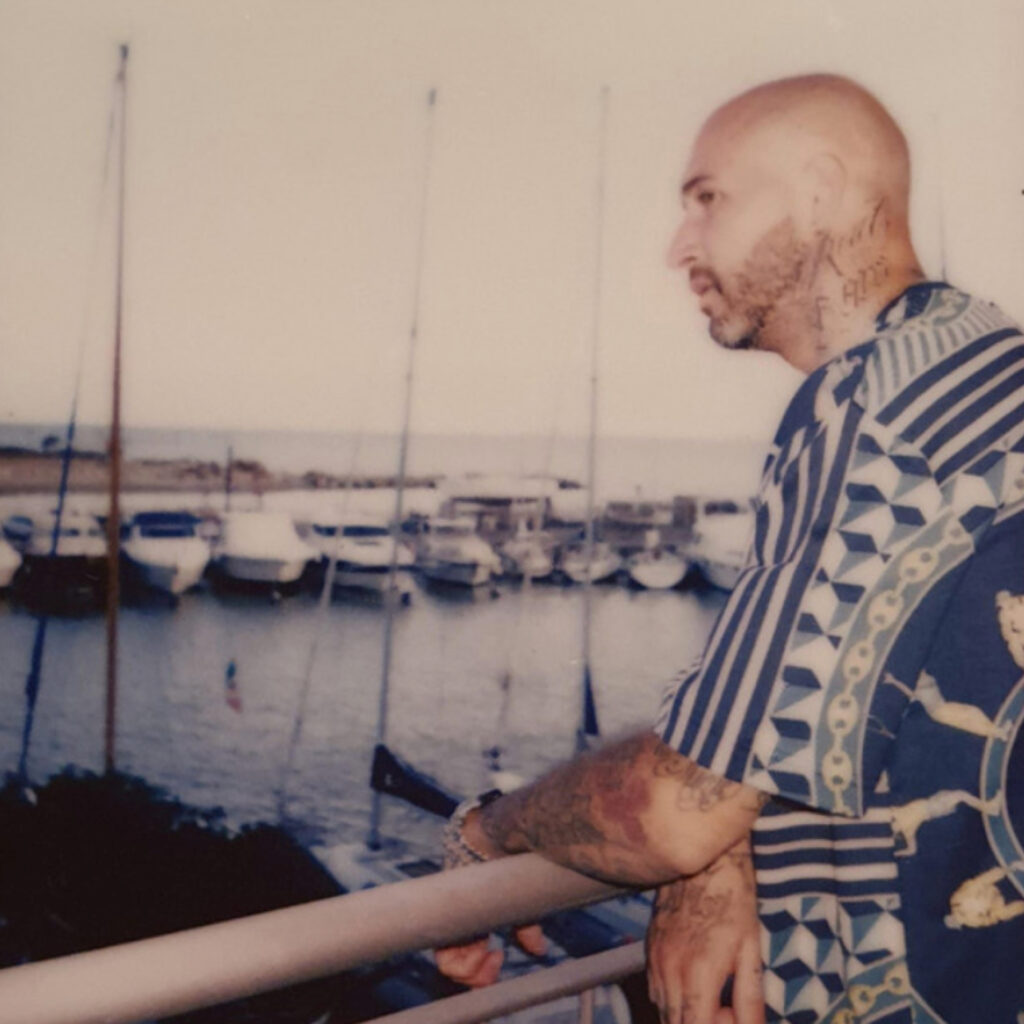 When behind a work, albeit short-lived, there is a clear artistic vision and awareness of what is being created and what you want to communicate, the result is an evident musical coherence and originality. A project intended as a work to be taken as a whole and not as a collage of attempts to succeed with a single hit. Creep Giuliano, a unique rapper on the Italian scene, has succeeded in this difficult task, choosing to accompany his own simple and fresh, but never banal or obvious, rhymes, a beautiful musical carpet created by Alsogood, which in other periods would have been perfect as the background for a posh aperitif on the seafront. Creep Giuliano confirms himself as one of the names to keep an eye on within that Italian niche that looks at the healthier American underground scene, drawing inspiration and trying to bring that fresh and positive air here in Italy too. Something that the Italian scene needs like oxygen.