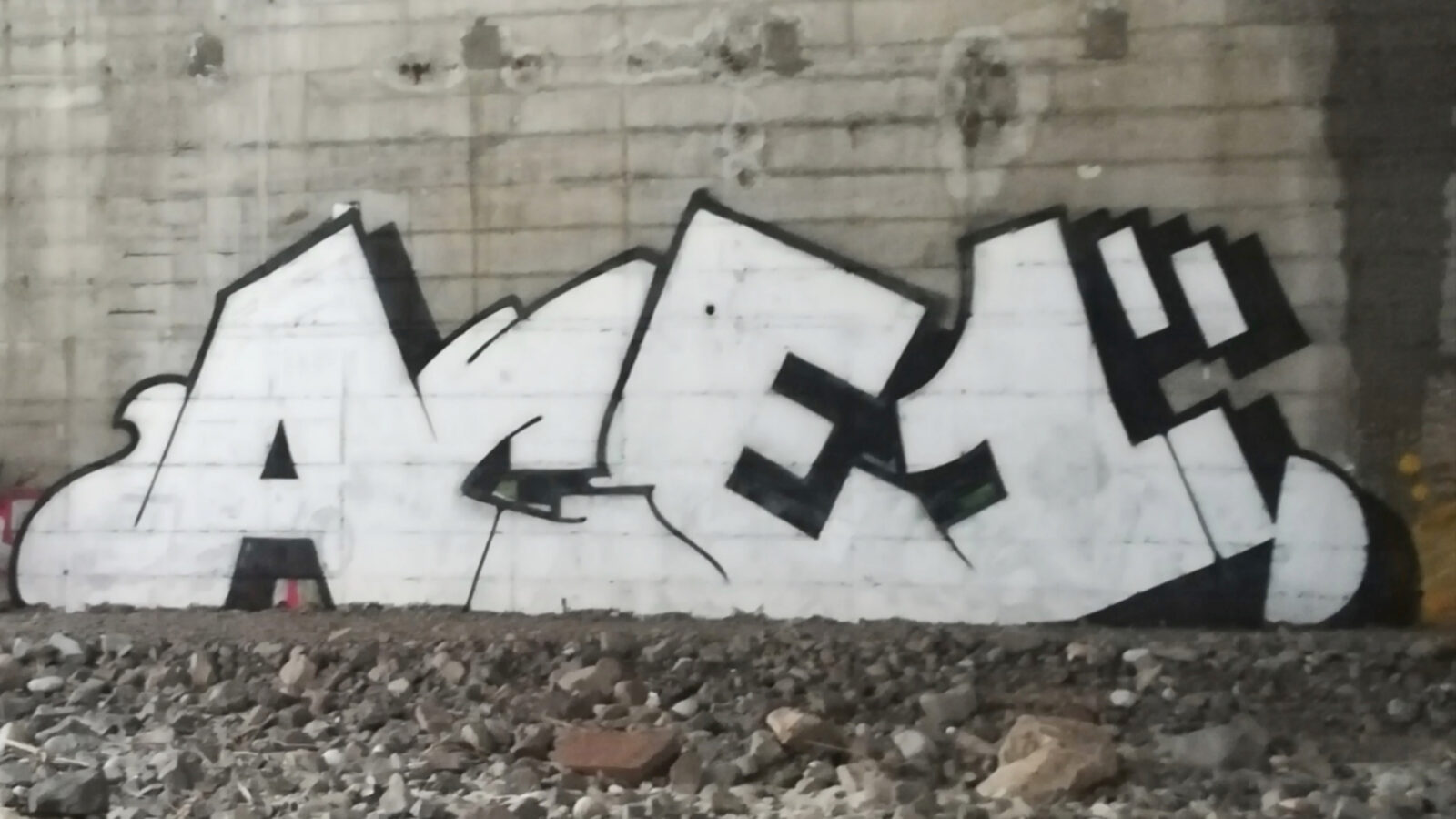 Hi Aceuno, it is really a pleasure and an honor to be able to ask you some questions. We would like to start by asking you to introduce us to your story as a writer: Where do you come from? When and why did you approach graffiti?

Hi, I’m from Rome and I started painting in 1996. It all started with the marker tags on the school bus. Then I continued with flops and pieces in black / silver on the streets and along the lines of the capital trying to have them in all the most visible places. At first, seeing my name everywhere was the only important thing… Then I tried to refine and speed up my style so that I could also be present on trains and hall of fame. 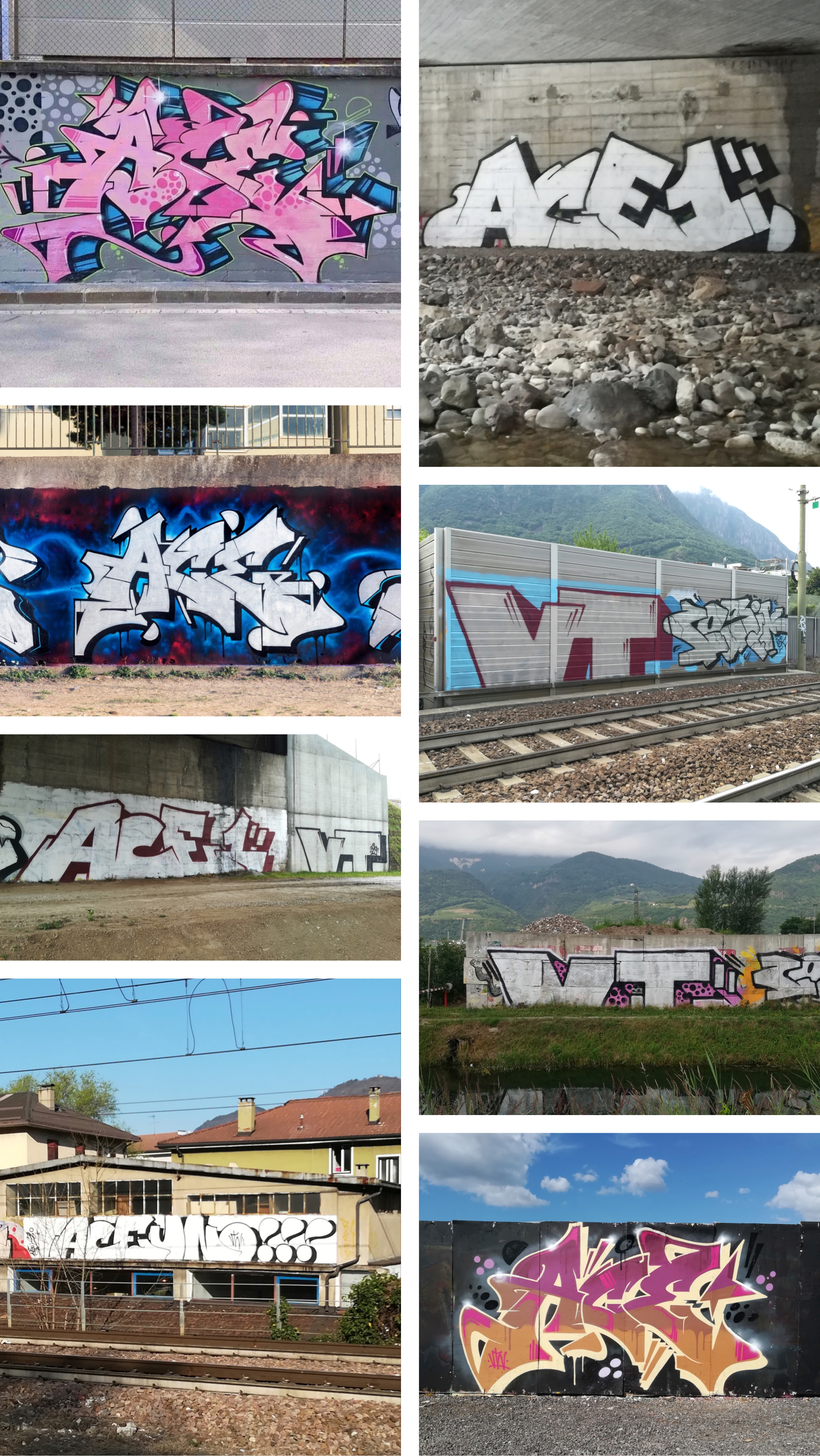 Moving the first steps, what did it mean for you to be part of the Hip Hop culture and the graffiti movement? Do you remember your first feelings?

I come from the underground Hip Hop of the capital. It was cool to tag during the Colle or Piotta’s concerts! What pushed me was the constant feeling of challenge with the other writers to become more visible, making each day more and more pieces. The 90s and early 2000s were fantastic in Rome in terms of writers and Hip Hop.

How did you choose your name? What were the first crews you were a part of? Do you have any anecdotes to tell us about your spray adventures with your crew?

My tag simply comes from the mix of 3 letters that I liked to sketch… they don’t have any symbolic value .. only the one was added later because it was so fashionable during those years. I’ve always been part of the VTPowerz crew… the crew of my city and my friends. With them I spent nights bombing the streets and highways of the Capital… I painted at big legal events like Write4gold. For a short time we created together with others the Roma Violenta crew which for a few years has really broken a lot in the capital. 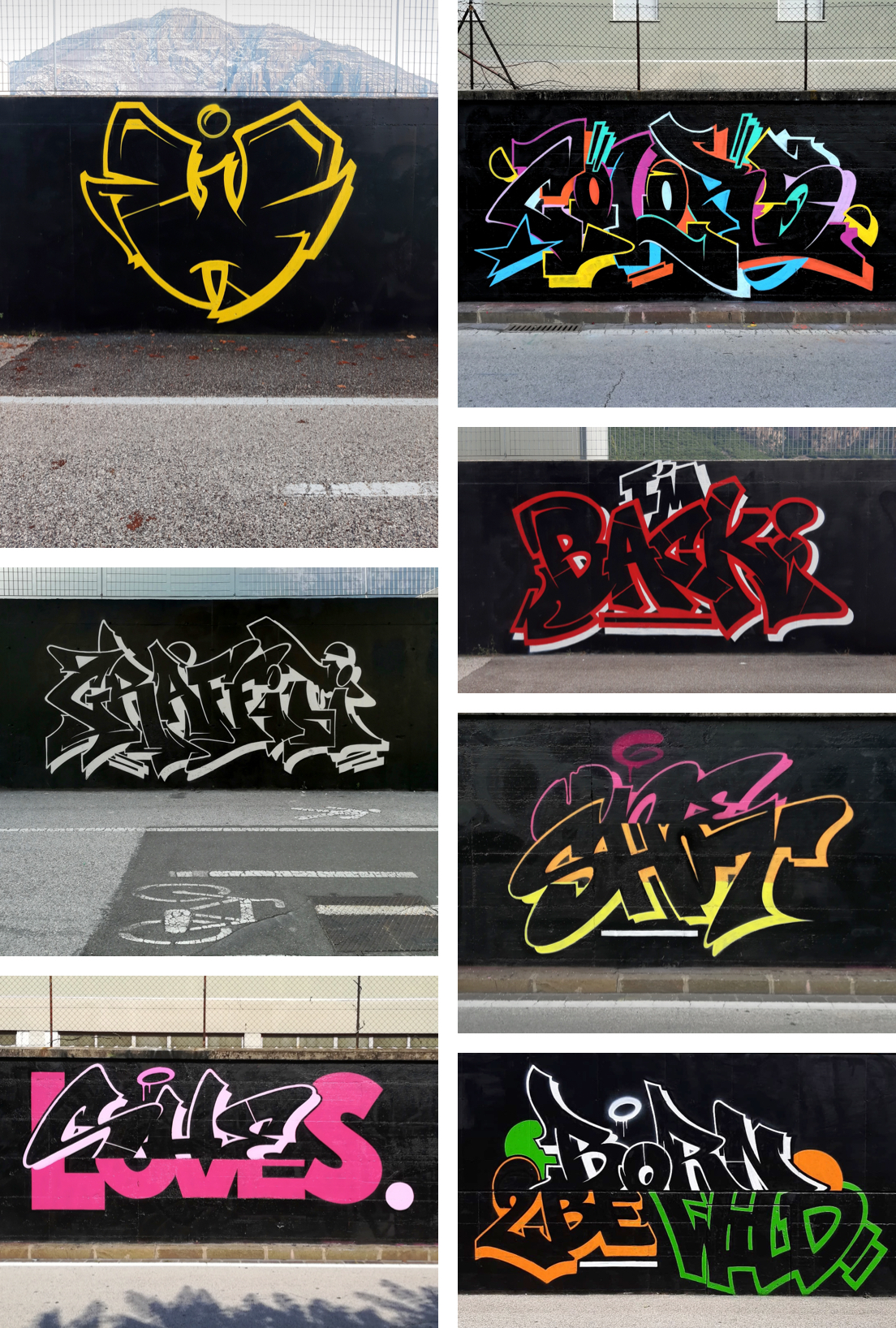 What crew are you still part of today? And what still inspires you to carry on this passion for writing? What “keeps the flame burning”?

I am still a member of Vt but otherwise I prefer to work alone. The biggest stimulus now is to have my own style and make it go around the world with travel or social media.

How would you define your style? In your opinion, what are your most evident skills and which are you the most proud of?

My style comes from the American pioneers but trying to create something original. I like lettering and that’s it basically. That’s what everything is based on… I don’t need effects or anything. My pieces are mostly sketches made with the maximum skills I have. If you like my letters, good; if not, there is so much more to look at! I love the loops and the structure of the letters. 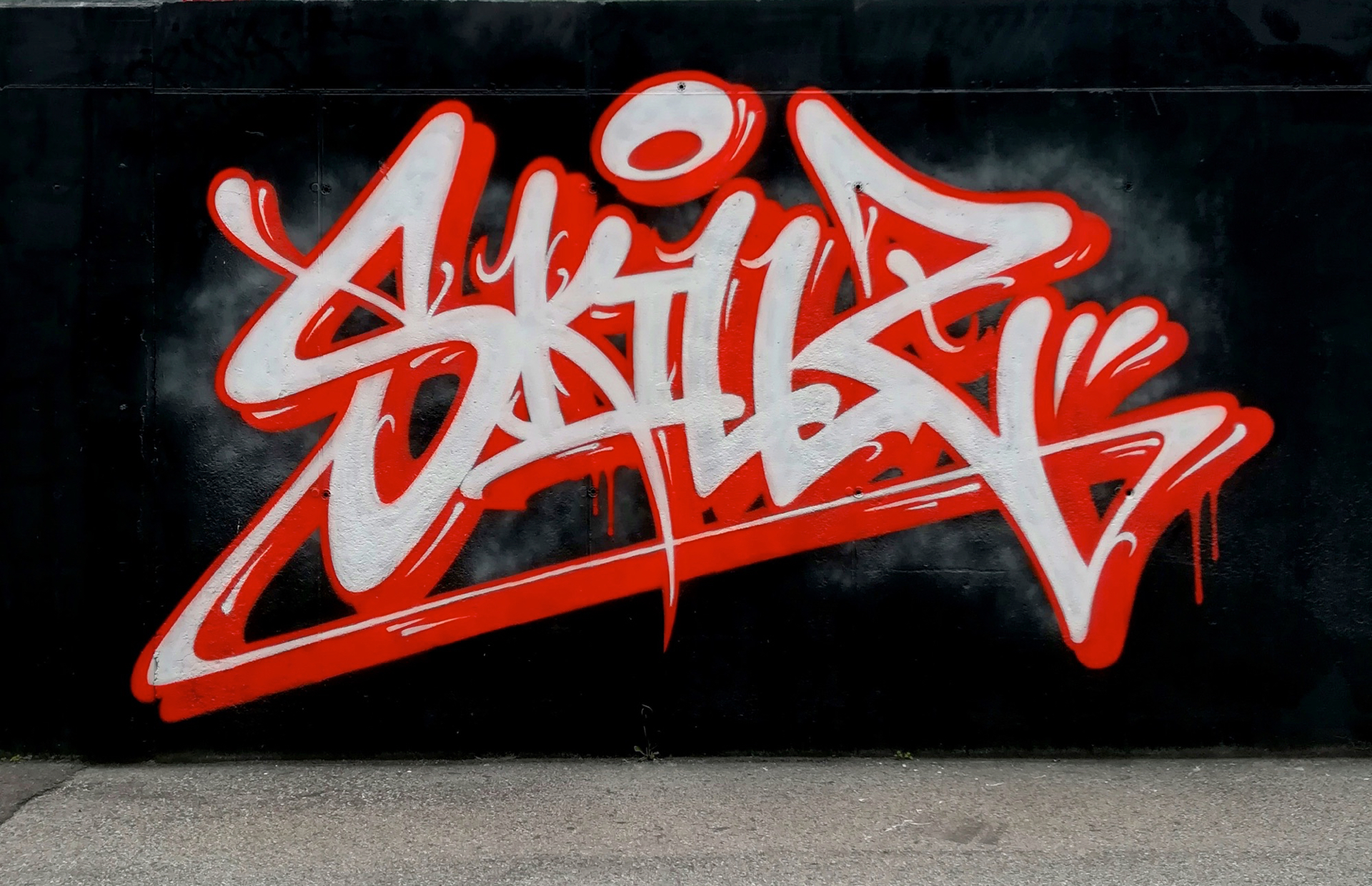 How did you come to have such experience with colors? Do you have any technical advice?

Actually the only thing I feel master of are lettering and drawn. The colors go according to the impact I want to give and the meaning of the word. The only advice I can give is not to copy and try to be original, otherwise all of this make no sense.

What were the proving grounds that helped you grow as a writer? What did allow you, more than anything else, to reach the level of skills you have today?

I think illegally painting led me to a very Basic style. I never had too much time for things such as colors .. I preferred to have more pieces around. Now that I paint more legally, I just want to show my letters … that gives me satisfaction. 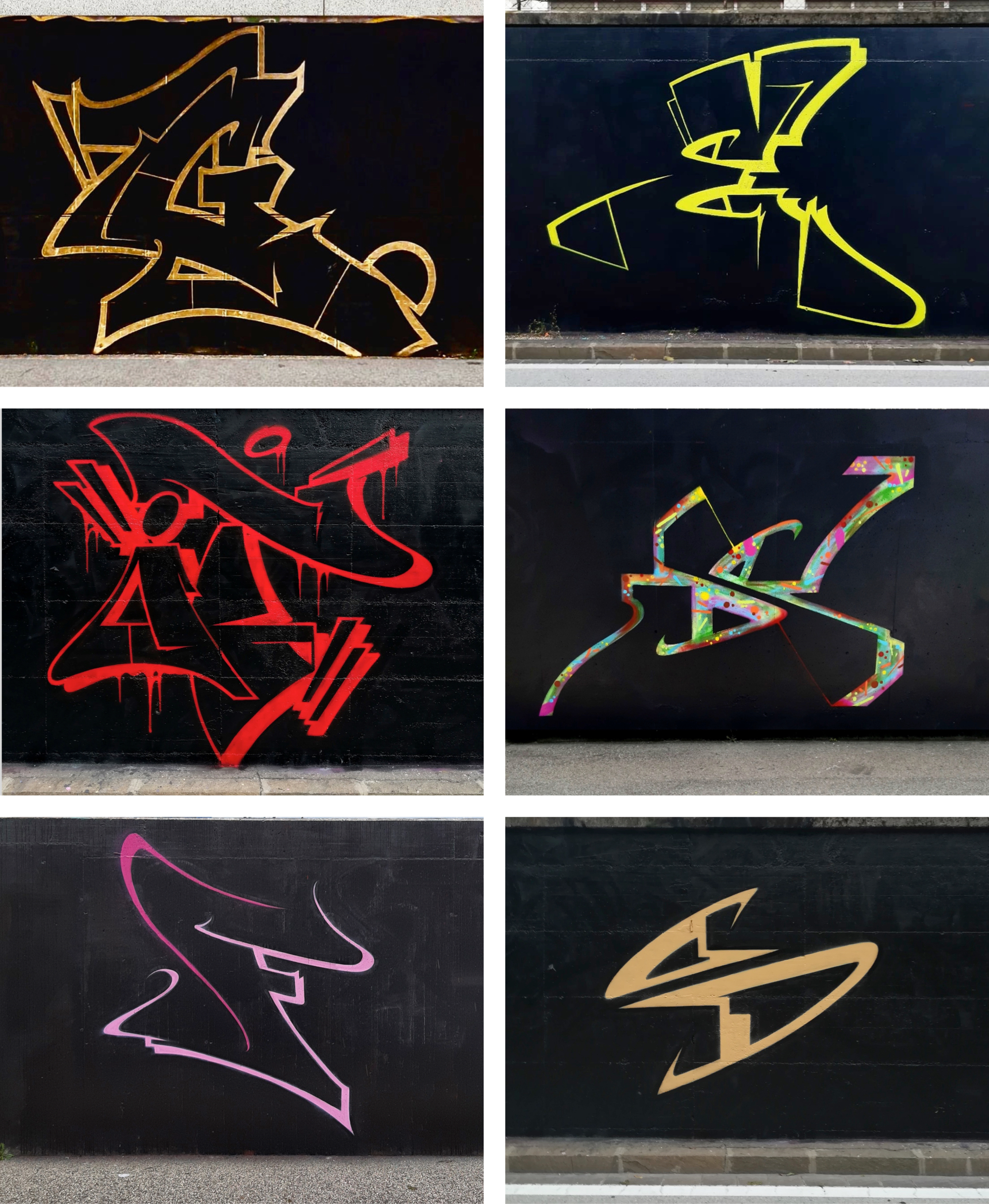 Who have been your greatest sources of artistic inspiration over the years? And what or who still inspires you the most today?

Always and only the first New Yorkers… I also have some influence from the German style which is in my opinion the strong visual impact .. Give to understand. I really like calligraphy and I have taken something from there over the years.


What are the most important advice you would give to a boy who has recently started experimenting with this discipline?

Have fun and be original… or at least try!

How has this pandemic affected your art? And how do you think society’s perception of graffiti culture will evolve in the near future?

With the pandemic, social networks have become a useful tool to continue sharing the passion of writing… I have many friends I met on various social platforms. The important thing now is to return to freedom and be able to see yourself again.