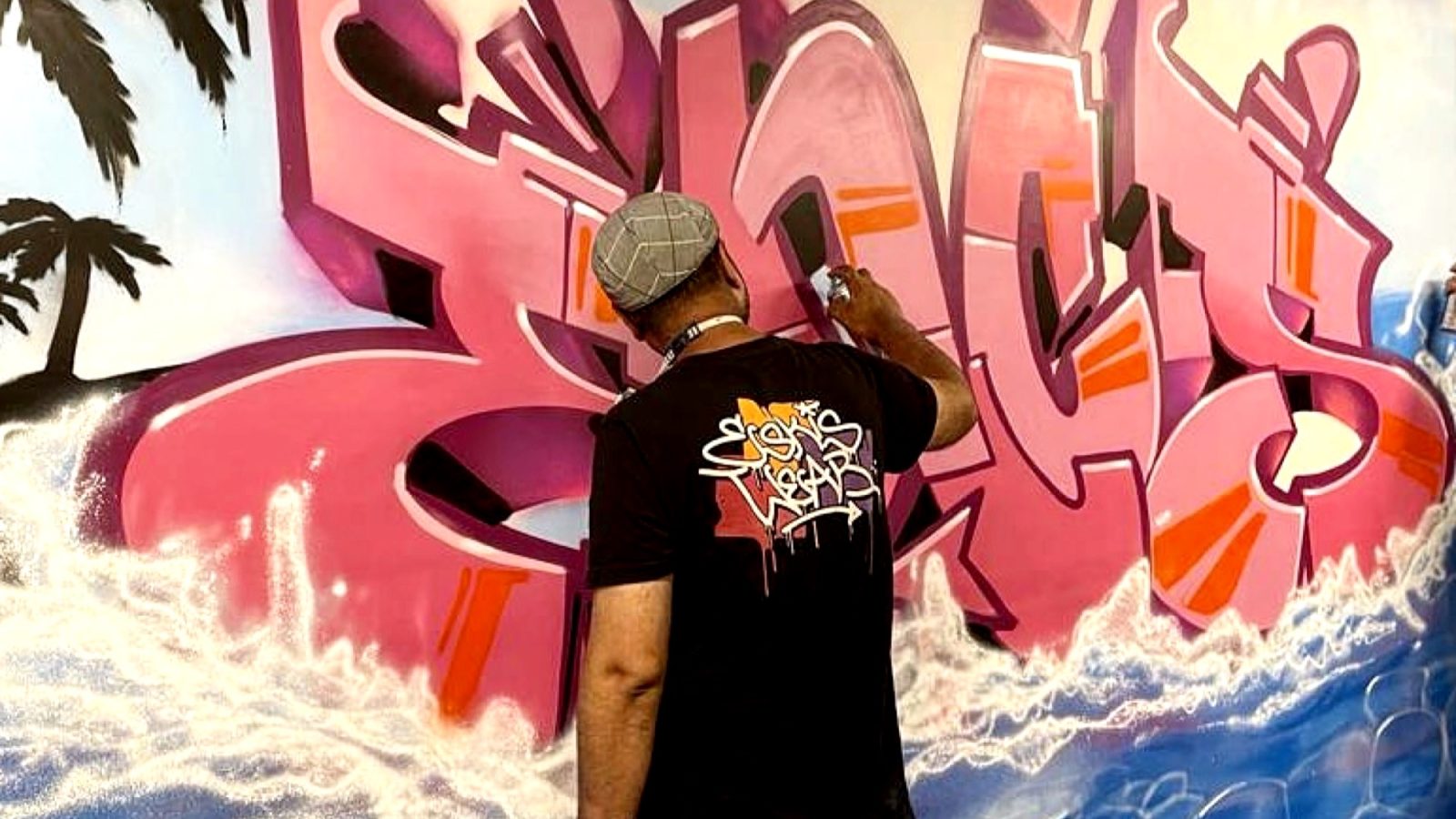 Hi Encs 1. Thank you for your time and availability for this interview. Can you tell us a little more about your background, the city where you come from and how you approached Hip-Hop culture and graffiti? How did your stage name come up?

I started to paint graffiti around 97/98. I come from Montreuil, the capital of Parisian graffiti. Back in the days, no other city had so many spots to paint. My neighbor was printing a magazine called “Radical”. One day he gave me several issues. I was never a big fan of rap, I didn’t dance and to be a dj, you needed turntables. It was more the era of manga like dragon ball saint seiya that inspired me. I would spend days copying it and later on brought this influence to my graffitis.

Do you remember your first actions with the spray cans?

The first time I touched a spray paint we skipped school with some friends and went on the Rer A tracks at 4 p.m. I made a disgusting chrome piece and then we heard the train horn and left. I came back later on to finish my piece and take some pictures of the walls. A good memory despite everything…

How do you think the graffiti scene in your city has evolved since your beginning? How have you been different since the start?

I think that today it is different. The young generation is painting more than us and they are clearly doing the job as there is no longer a street without a tag. However the notion of a hall of fame has disappeared. Back in the days, painting over someone who was better than you and telling him it’s ok because it is a legal spot was not tolerated. 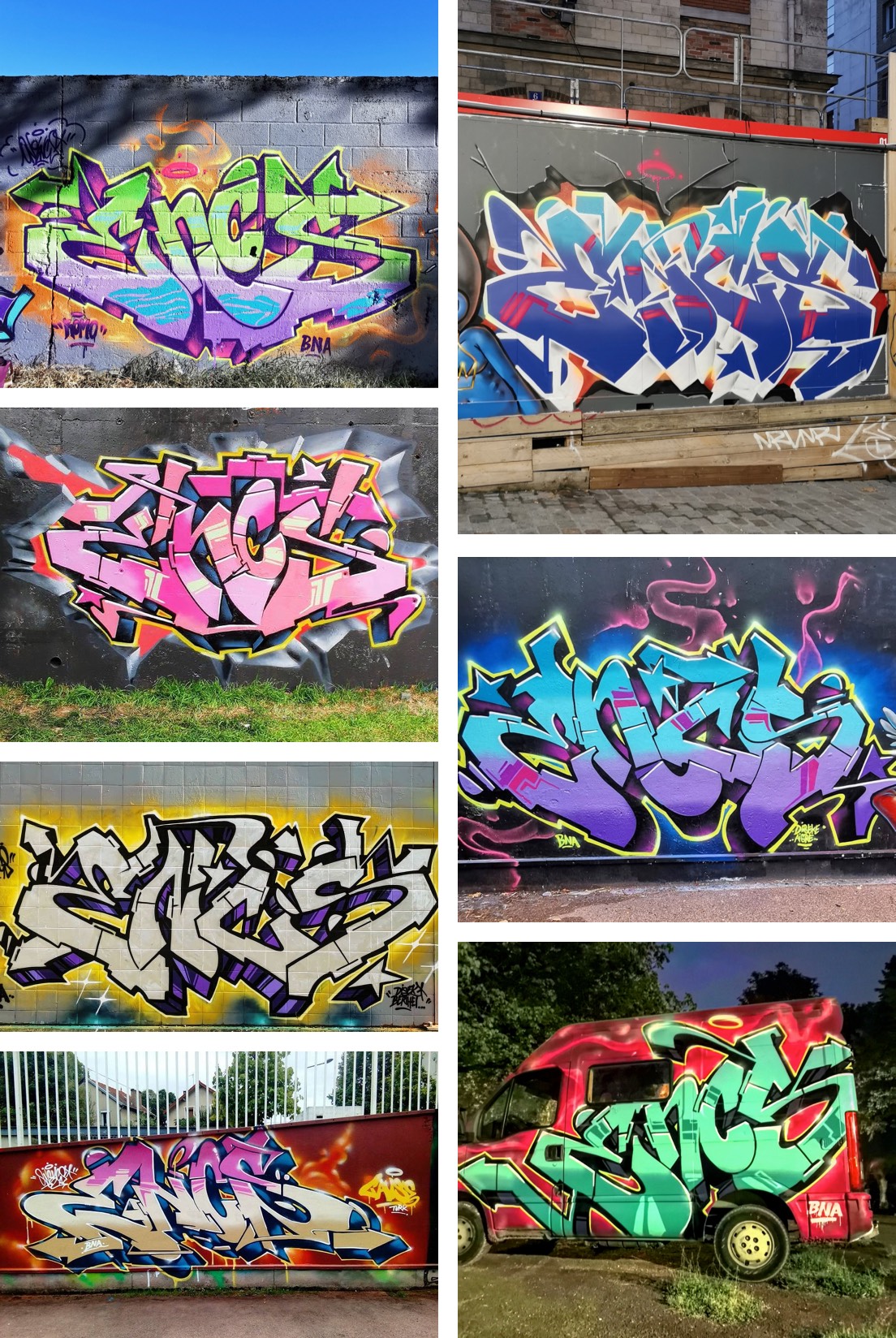 Talking about the illegal side of graffiti,such as trains and subway, how is the situation today in France compared to the past?

There are also periods during which everything is exploding and you can see several new panels in a day and other periods more quiet during which nothing seems to happen for a while. Of course this is my personal point of view as an observer of the scene. While painting near the bridge of 6 some time ago, I had the impression of being in STYLE Wars.

How did your style evolve over the years? Do you also use other techniques and supports? Which one?

Last year with Disek we painted a lot without thinking too much. I am also lucky to have chill spots. It gives me the time to concentrate on a piece and take an extra day to finish it if necessary. I take all the time I need from tracing to the final tag. my neighborhood. The youngest writers in my hood see my graffiti and understand the trick. I hope the future Mode2 will come from here haha.

Tools have evolved. As we see more and more graffiti on social media, styles are necessarily being influenced. However drawing on paper or on iPad remains the thing that made me evolved the most. 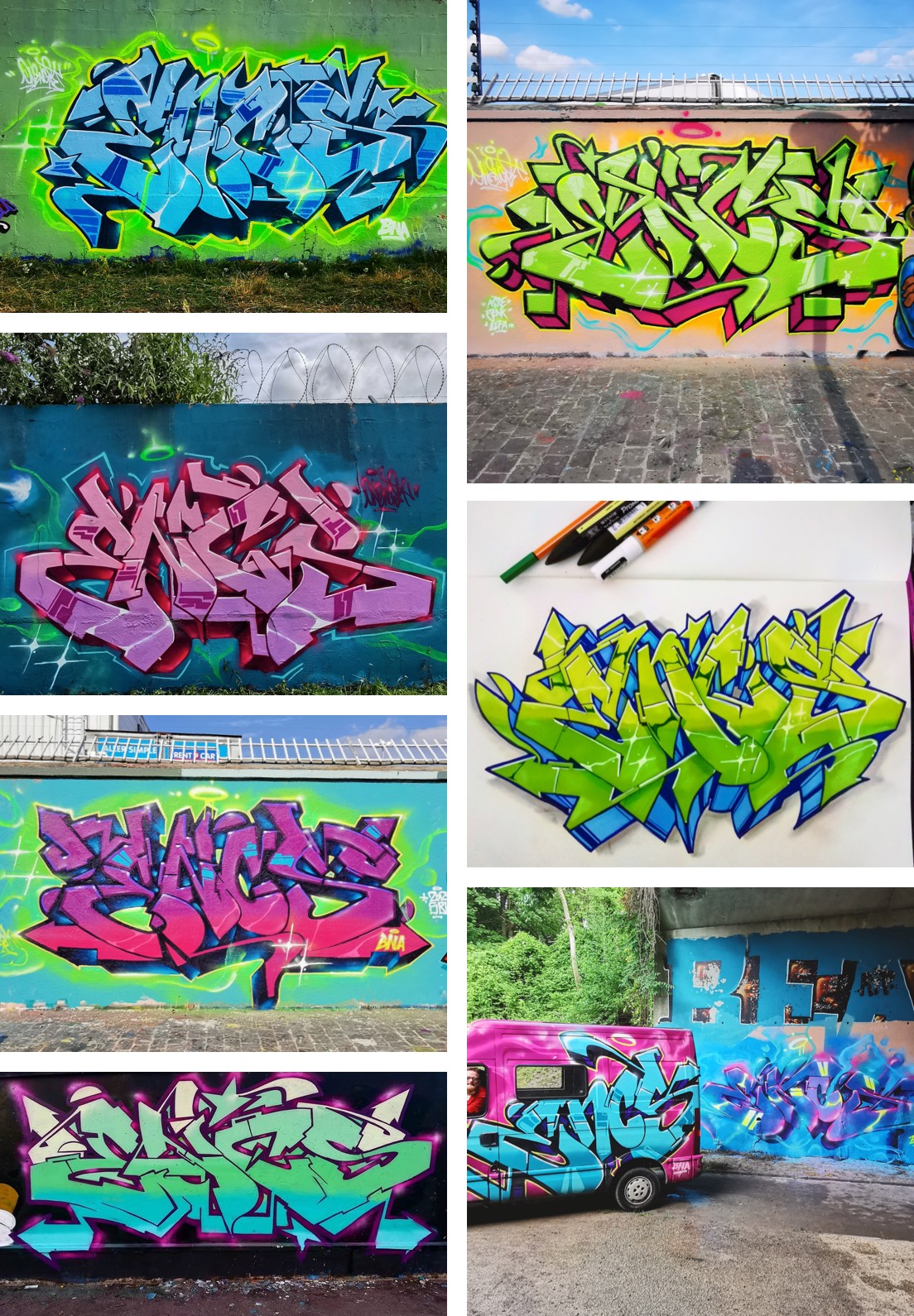 What is the craziest spot that you have ever hit?

Who have been your artistic reference points and the graffiti writers that inspired you the most over the years?

The people with whom I have painted and who work around me: Disek for the color ideas and his ease of understanding things that I do not; Seyb for the wall side and realistic landscape, Disco for the motivation and the focus, Jenk for the clean lines and the flow. The list is long. I also love the classic new york styles such as CES, Bates, Can2, Doves, MEKS. I inspired myself from all these styles to pain.

What connections do you have with the other elements of the French Hip-Hop scene? Are you on good terms with any rappers? What music do you like to listen to when you paint or sketch?

I don’t listen to rap much. I prefer reggae. When I paint with Berthet we never paint without music.