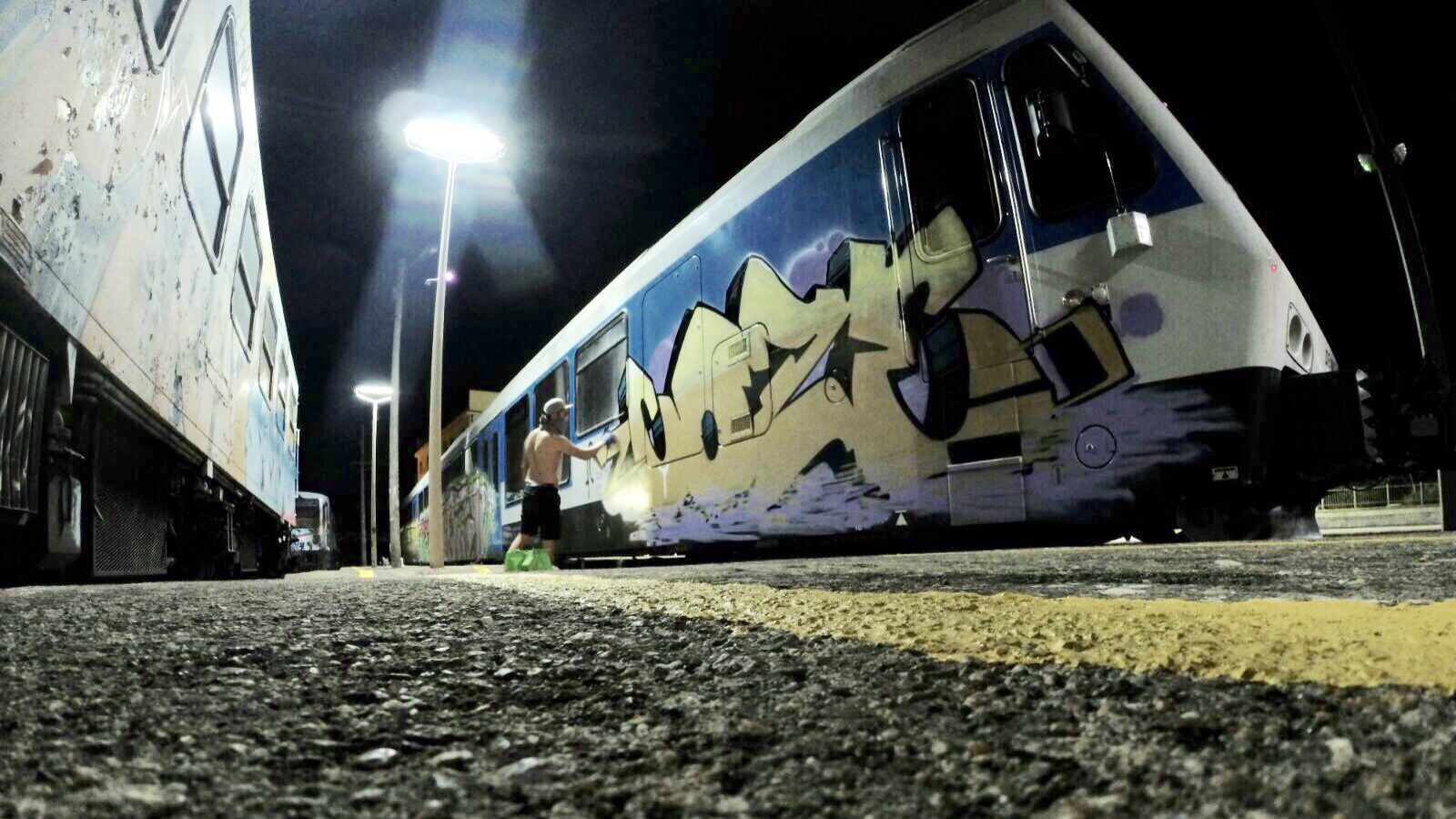 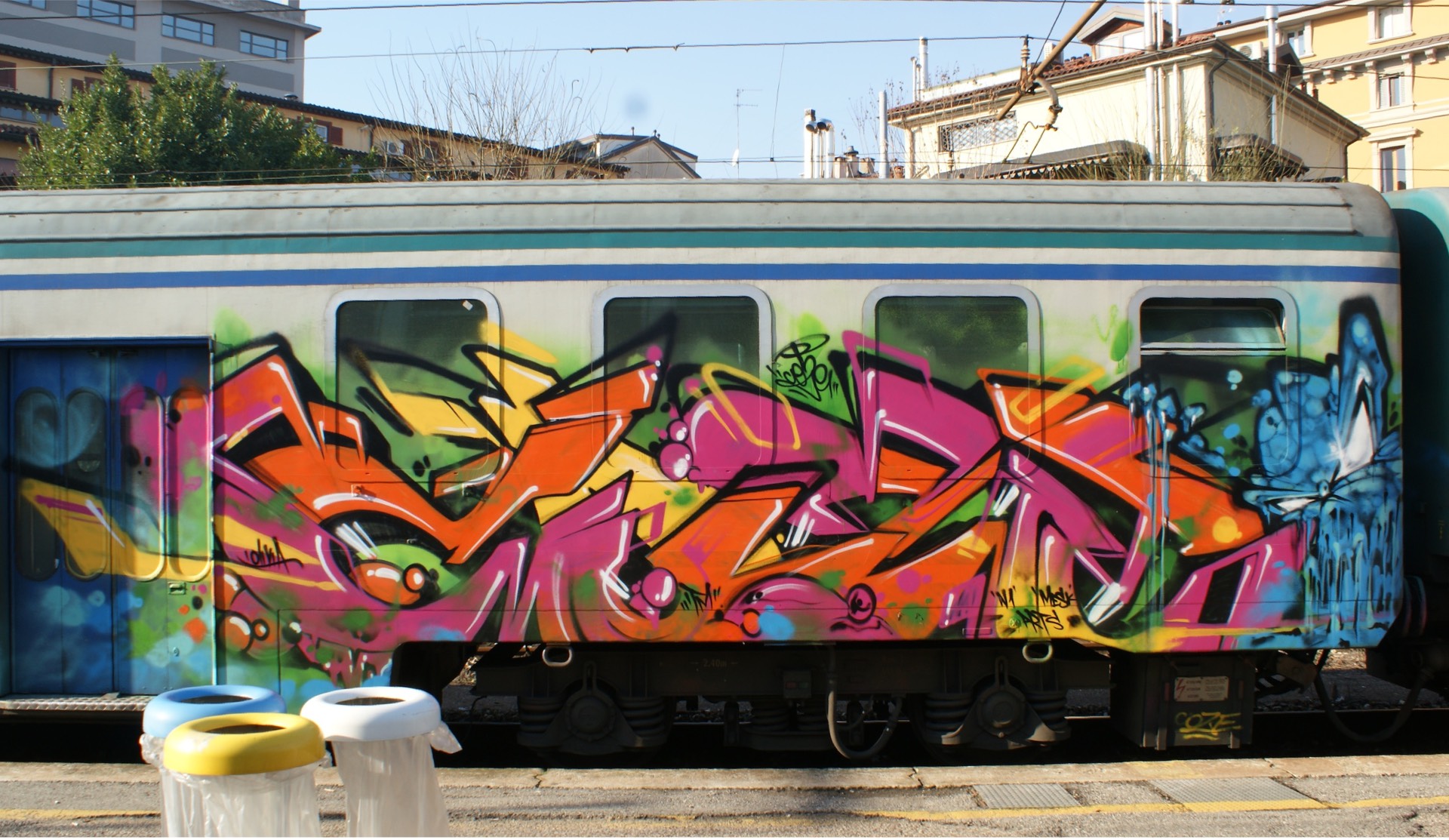 Hi Coze, let’s begin with some usual questions… when did you started painting? Tell us about your first experience with the spray cans.

The name “Coze” born towards the end of 1995 inspired by a special page about graffiti in the comic strip of Topolino (in english ‘’Mickey Mouse’’); which I read weekly. From that, I tried to replicate a piece of “Psycho” by Seen, on a motocross track at Catanzaro Beach. It was daytime when we started painting after stealing two spray cans, one blue and one black, from the hardware store. After this rude start, I met a guy on the same page about graffiti. That was the time of the first tag as “2A”. 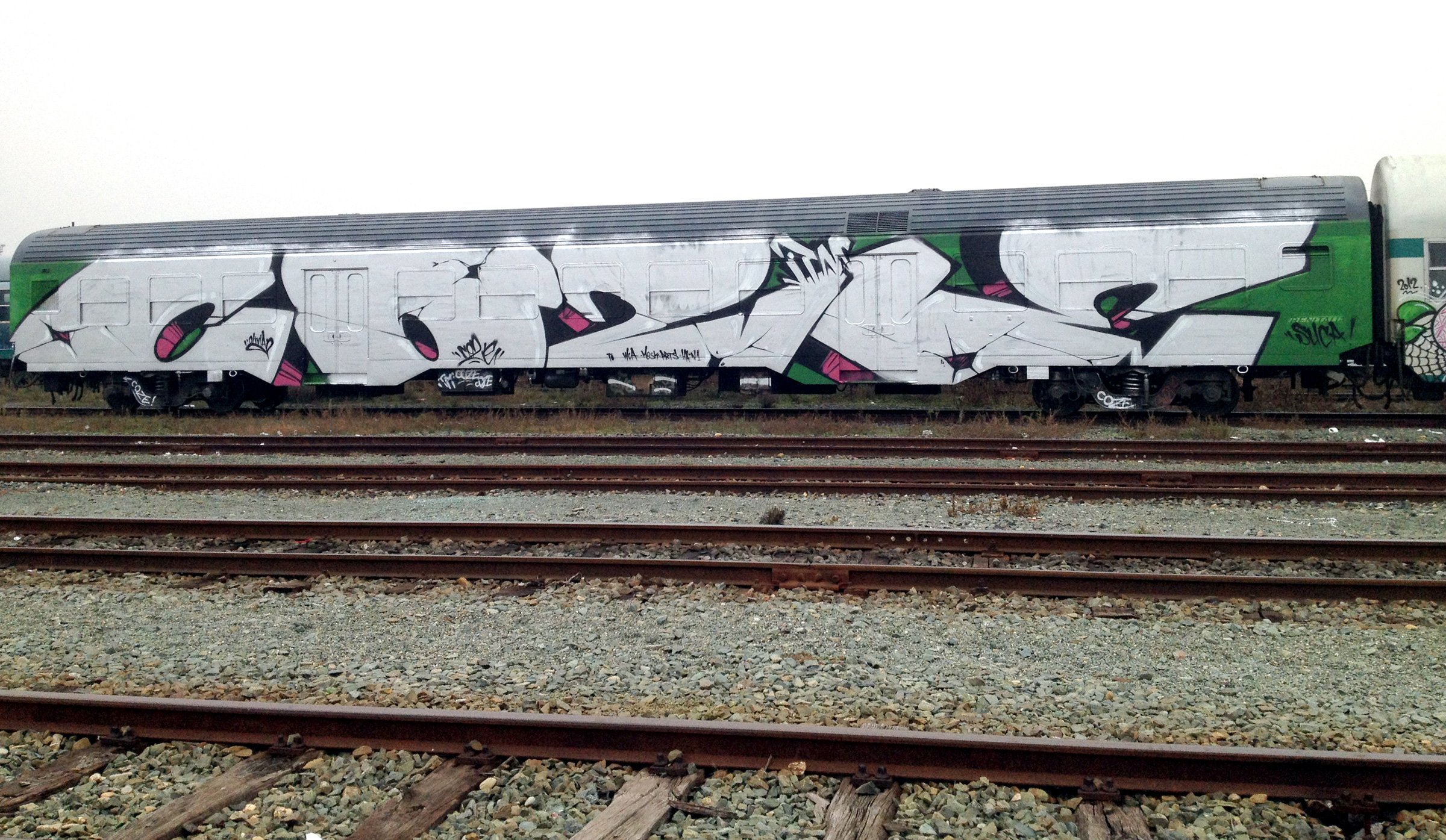 What’s the story behind your name? Do you have a special memory related to the name ‘‘Coze’’? Tell us About It.

Only after few months I put my hands on Tribe Magazine and Aelle, or what was left of it. This was enough to help me build the tag COZE; mostly chosen for the combination of letters. Now I’m almost 40 with a family and a life abroad Italy. I still paint but less as before. I also opened a Tattoo shop where I draw all the time and I feel very lucky about it.

Did you start painting alone or were you tied to one or more crew? Which is your source of inspiration? Where does it come all of your knowledge?

As said in the bio, I started by myself but a small group / crew born really quick. That group was inspired by an old crew of Catanzaro (a city of the South of Italy) around the ‘80s called ‘‘I Graffi di Luna’’ (in english ‘’ Moon’s scratches). Mainly I was inspired by the magazines founded around and by the wagons of trains coming from the North. Above all, the inspiration was given by the magic around this form of expression: a mixture of art / vandalism / adrenaline kept me away from other ‘’bad’’interests. 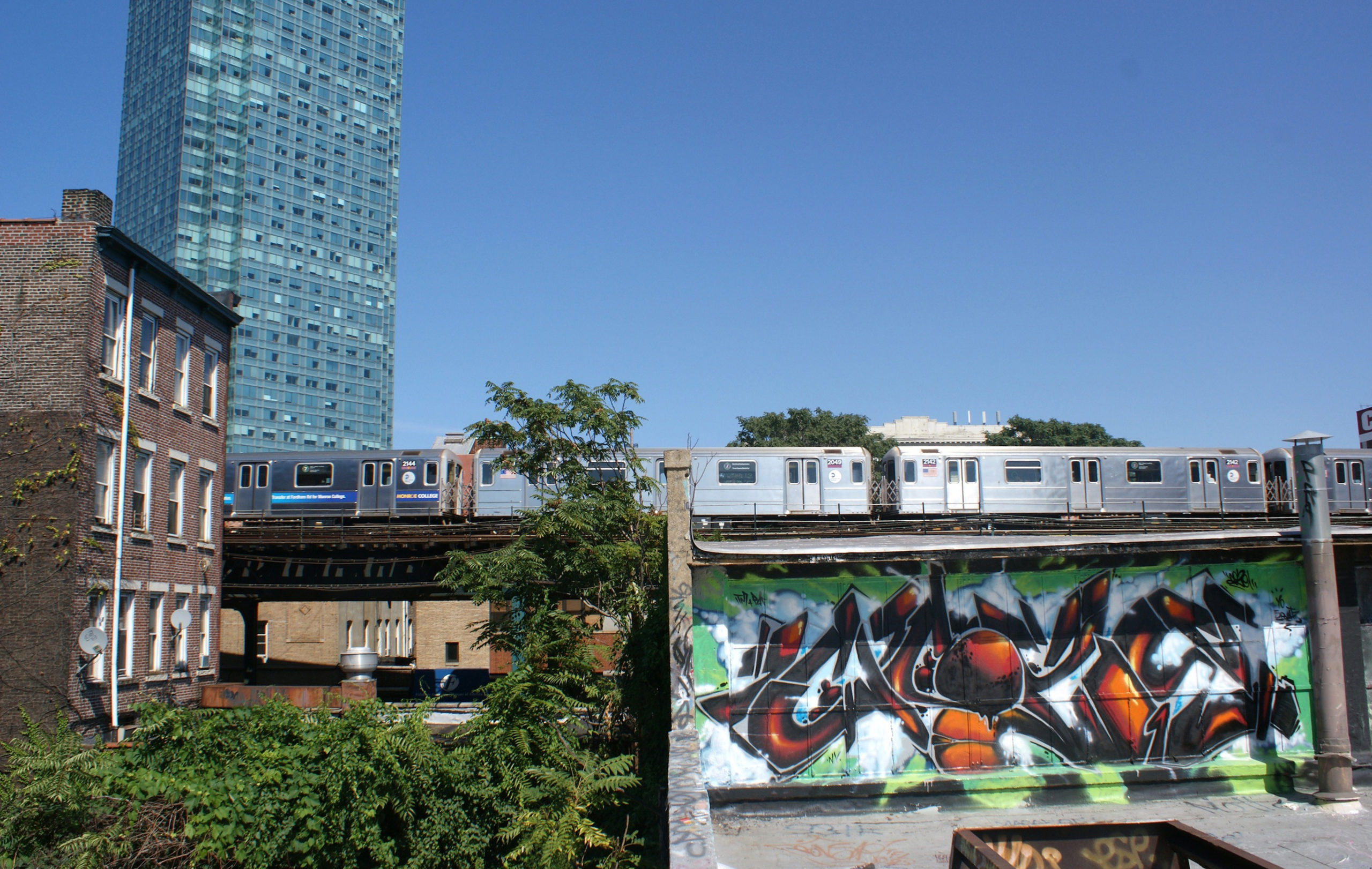 Which are the important steps on graffiti writing, rules, behaviors and evolutions of this style that should be transferred?

It would be nice to pass on all the situation of the past, especially those different habits when internet was only a dream and we believed of the “must be”. I reckon the main value to pass on is to respect those who have done the most and before.. 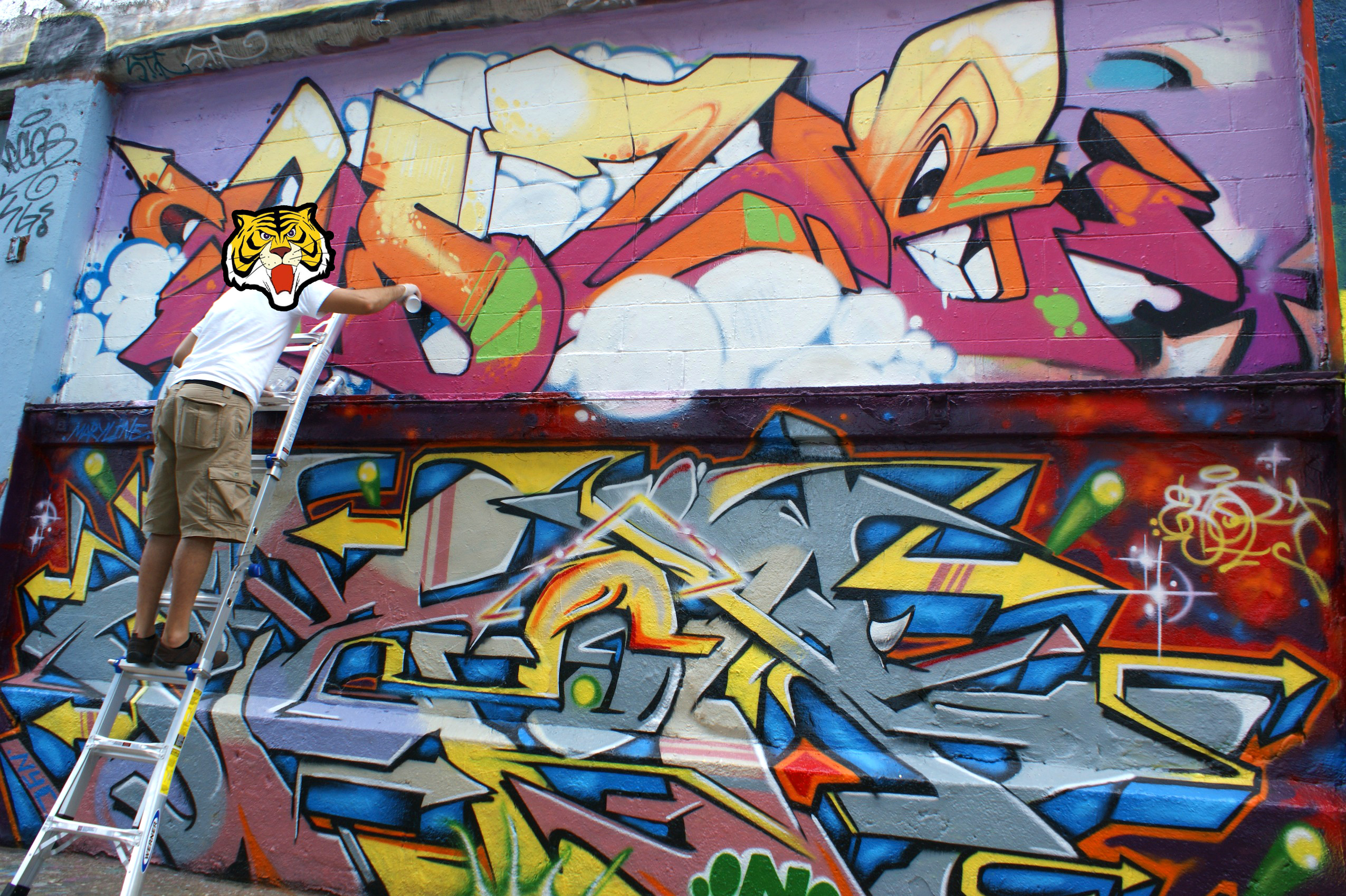 Have you seen any evolution in this culture over the years? Any changes? How did your style evolve time after time?

I reckon that rather than an evolution there is an involution due to the globalization. I’ve been also influenced but not that radically, as my style evolved in parallel with my knowledge, personal experiences and economic possibilities; while maintaining the dynamism that a simple block can give without stressing too much.

When did you notice to have a role in this game and a reputation as graffiti writer?

I’m aware of having contributed to this game bringing something different to the stage while started travelling a lot. But I never expected to get known and appreciated, which is always very nice. I felt really into the European scene after taking part of the N1 crew in 2013. Together we lived various situations sharing memorable moments that helped us growing either professionally and as a person. 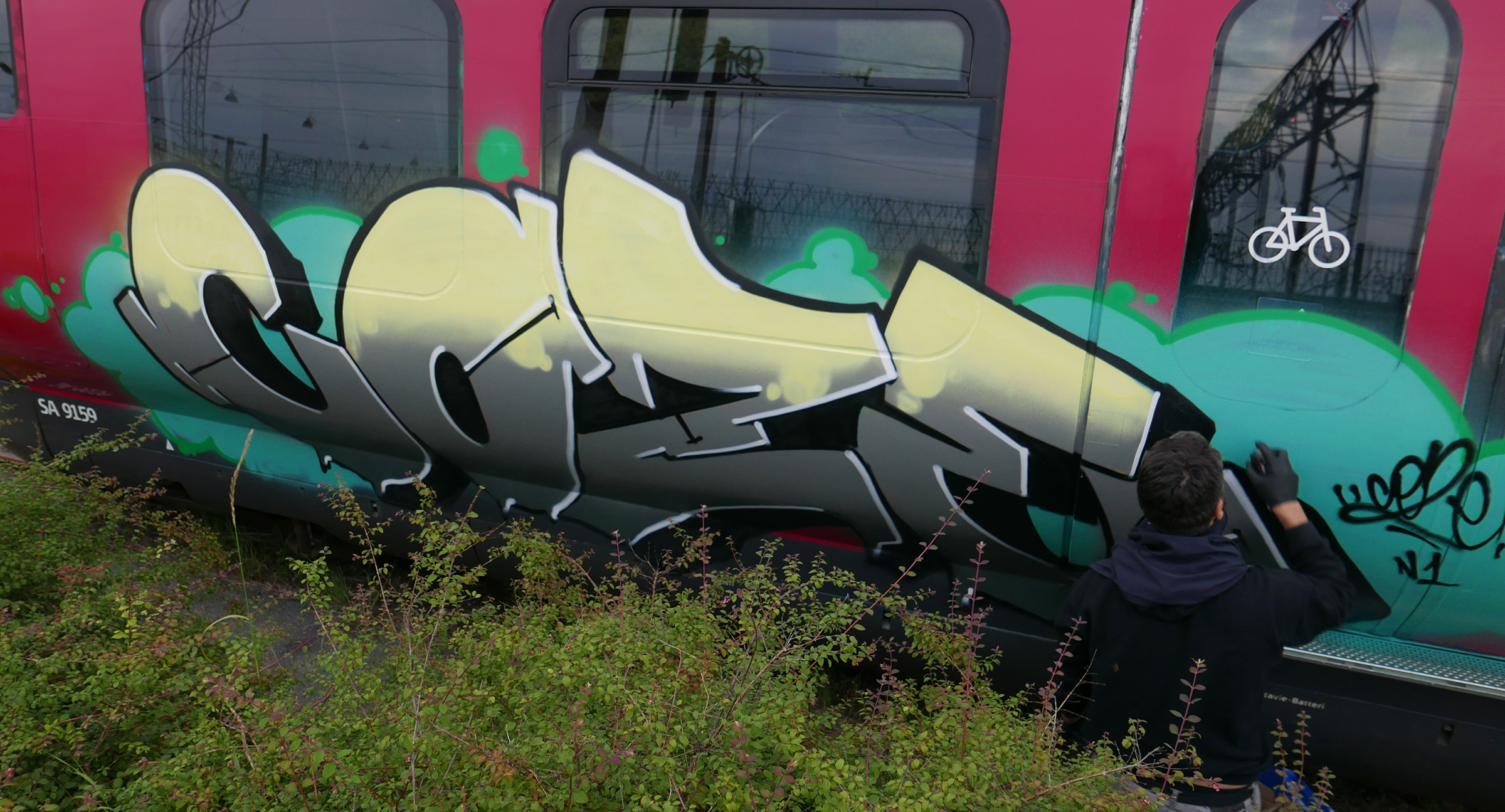 What is the link between your works and your unique features? Tell us about the move from the spray cans to the tattoo machine.

I’ve always been attracted either by the texture and the consistency of letters and on what they can represent for artists like DARE, CANTWO, ZEBSTER, DAIM, DELTA, ROBIN, SWET, CASE2 and other kings. I’ve always tried to communicate feelings and emotions into my works while maintaining a balance between shapes and colors by putting also a personal interpretation. I always liked tattoos even if I started tattooing myself very late. I tried to start in 2003 but I preferred to continue with the graffiti and getting back into it around 2012. I feel like it was a quite natural transition.

Tell us about the difference between Bombers and Graffiti Writers and their different approach.

I think that a ‘’Bomber’’ is a Graffiti Writer with a different attitude but anyway it’s a crucial step/activity for graffiti.

What’s the feeling and the adrenaline when you get into a yard to paint a train?

Entering the yard is great! It seems always like the first time. Time after time, this loop of emotions comes up even with different companies and places. It makes you feel alive… Especially if you run away … A yard is like a nice pussy: if you treat her right, you’ll be both delighted… 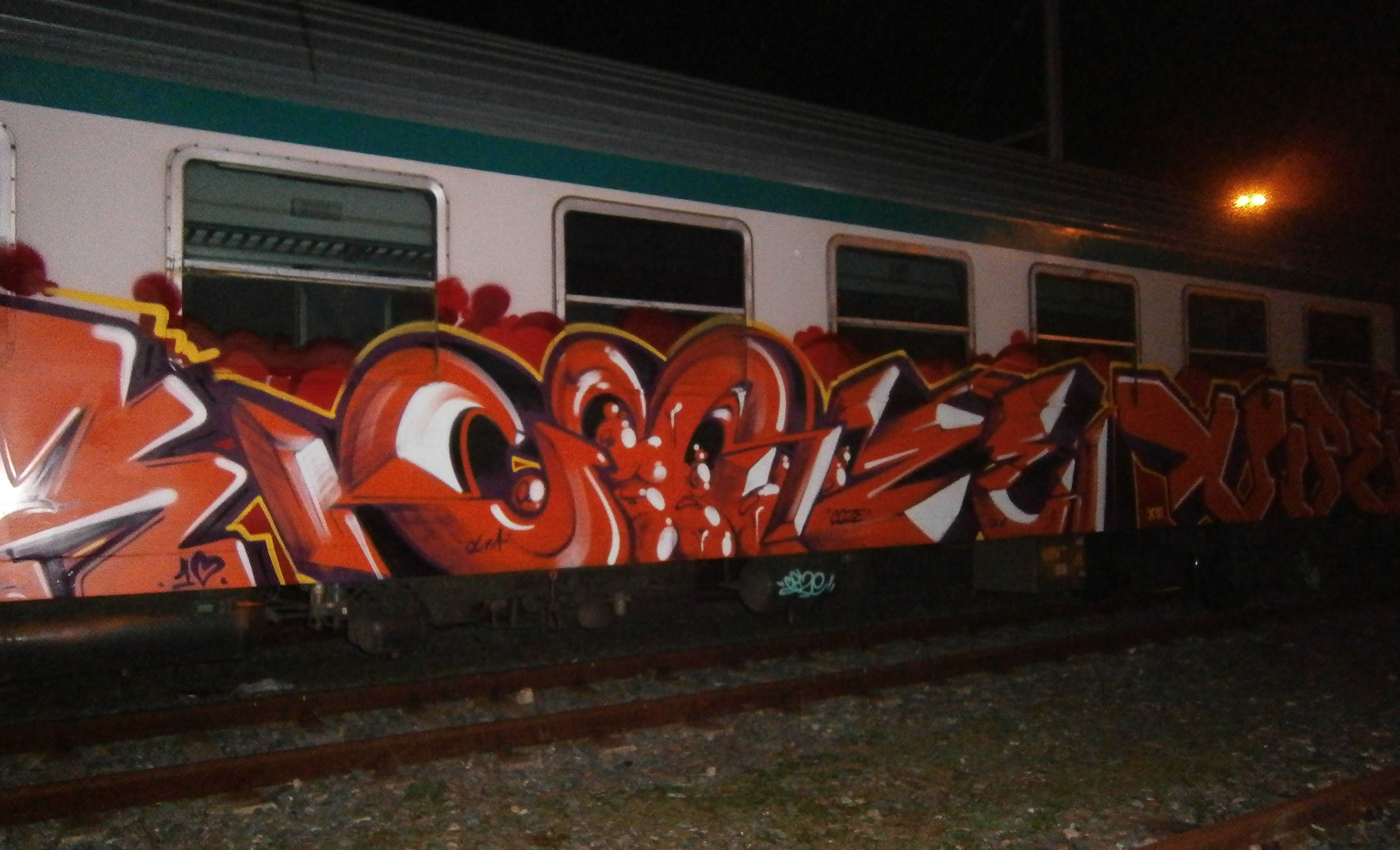 What should do an emerging artist to be remembered over time? Which advice would you give to a guy approaching to the world of graffiti writing?

Today everything is based on social media and how social media tag you: that’s crap! Maybe I’ll be obvious saying that the skill of an artist ain’t based to the number of followers (or likes). My personal advice is to face everything with more humbleness and respect, looking for valuable results building a network of real friends, who appreciate you for who you really are. 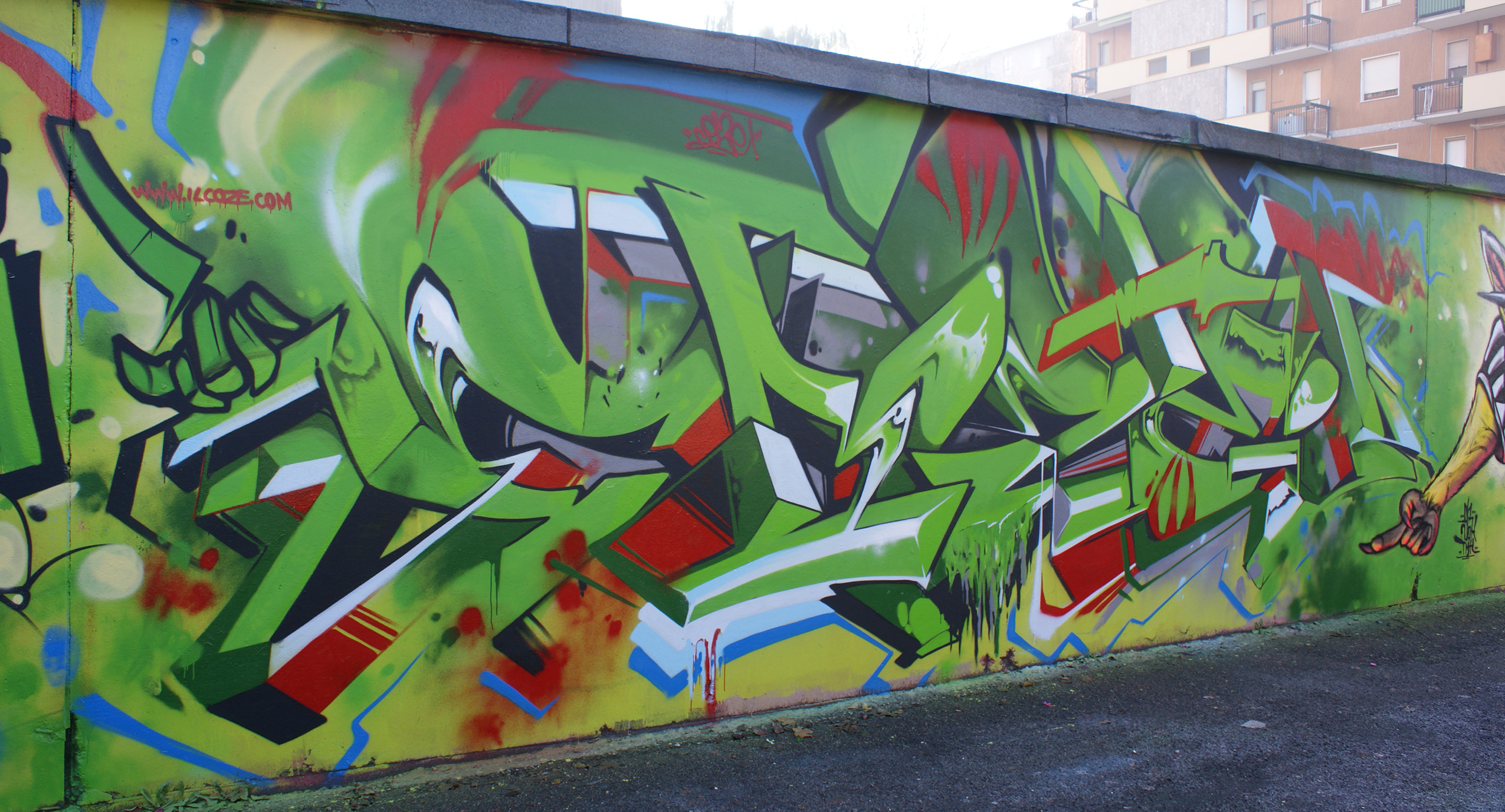