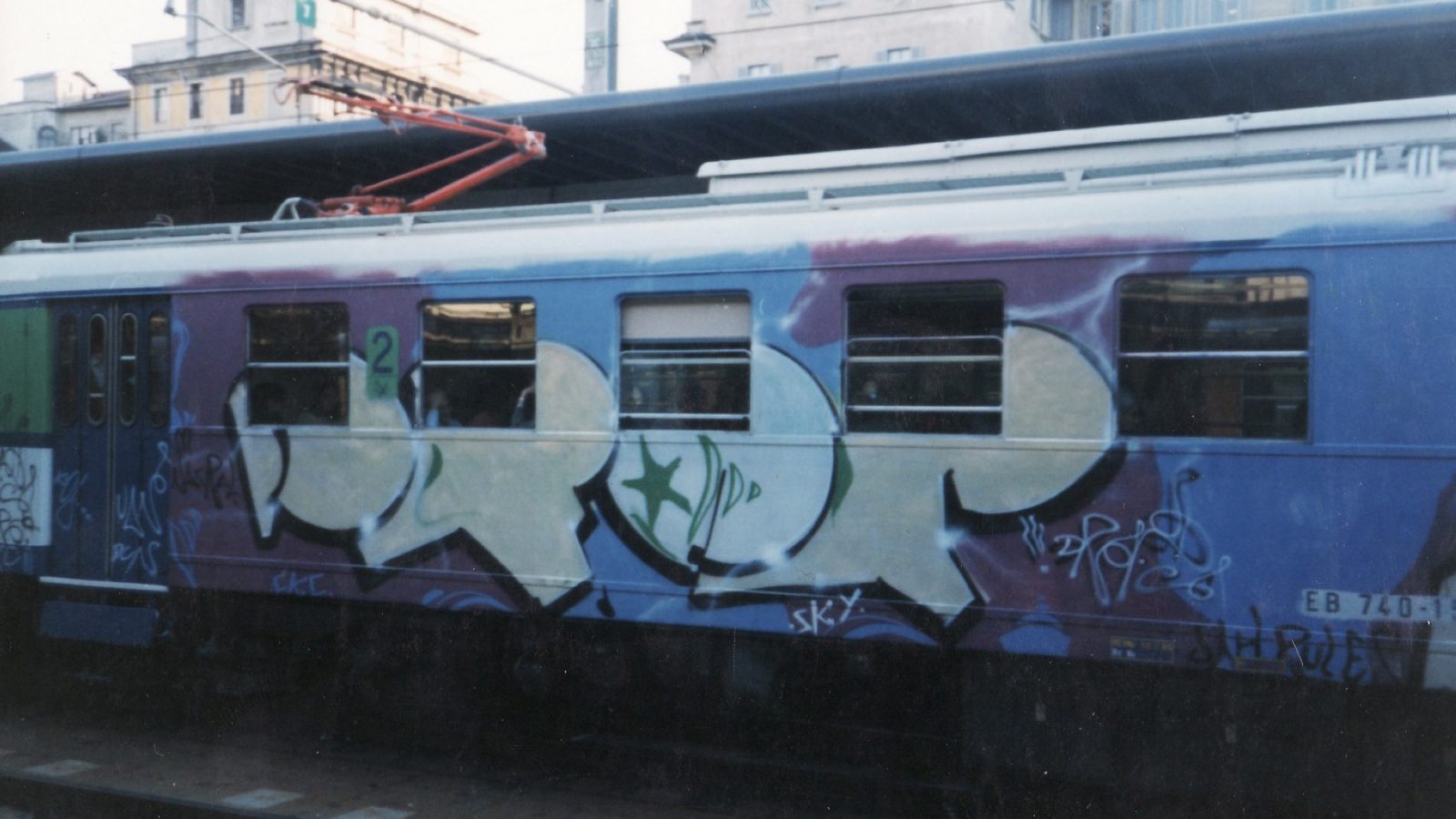 Peace Dropsy, it’s an honor to be able to ask you a few questions, because, even if your name may not be known by the “mass”, you are one of the most influential and active people of the scene. Can you tell us when and how did you discover Hip-Hop culture? What were your first steps in this world?

1988 was the year when I started painting and listening to rap. Consider that, among others, there were 3 sensational releases that still represent stones and that influenced me a lot: “Straigth outta Compton” by NWA, “Tougher than leather” by RUN DMC, “It takes a nation of millions to hold us back” by PUBLIC ENEMY. I also remember, in the same year, the film “Colors” talking about a Los Angeles gang story with the soundtrack of ICE T. 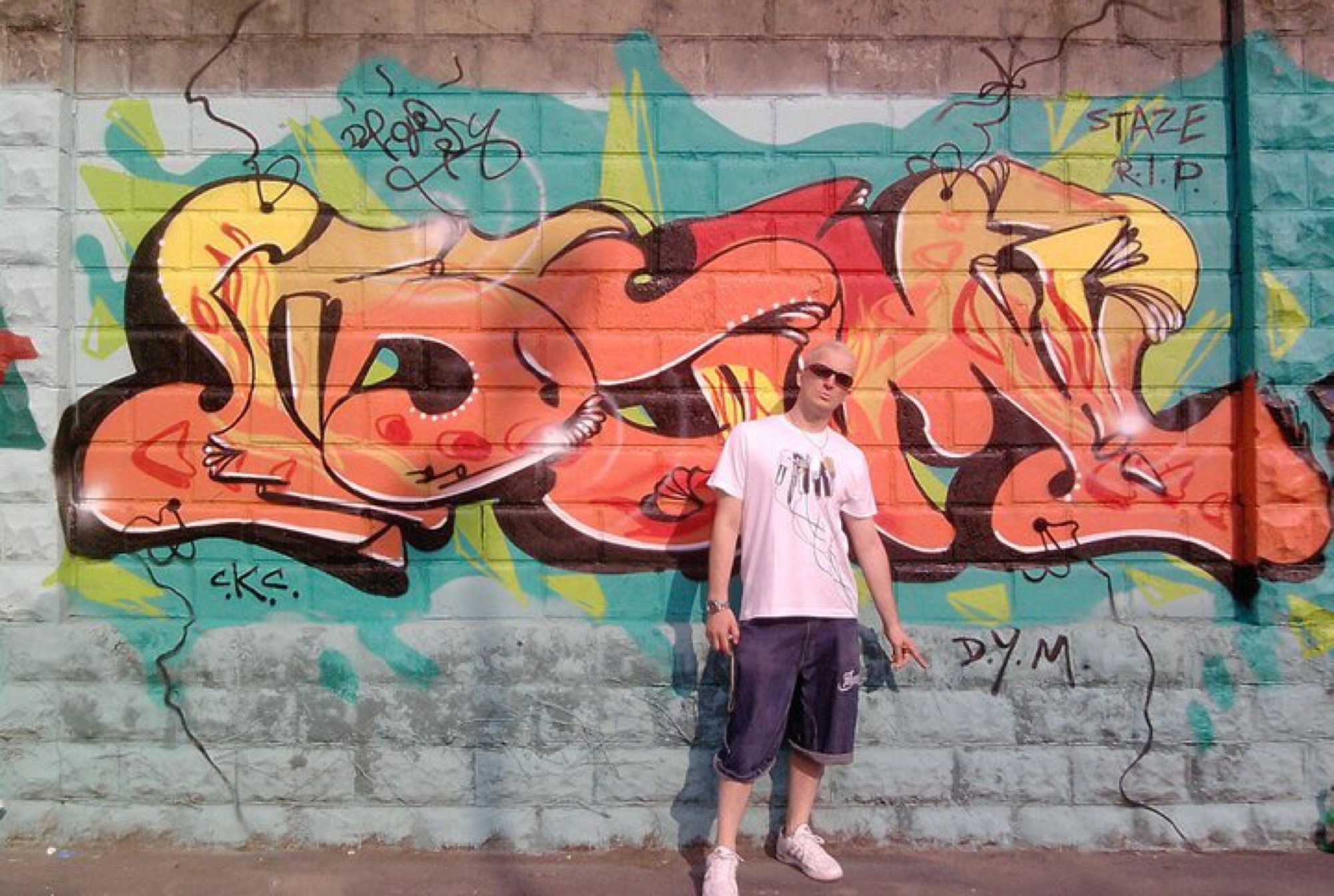 You have been part of the CKC crew for a long time: how did you become part of it? Can you briefly tell us the story of this well-known crew and some anecdotes?

I’ve been part of the crew since day one, May 1st 1991 as a founding member. I remember that night we went to paint freight trains in Lambrate, all dressed in black except Bread, who had a completely white outfit and looked like he had just come out of a nightclub! What laughter, what a legend!

When and how did you start to get passionate about graffiti? Today, do you still carry on this passion?

As I mentioned before, it’s since 1988. Passion is always there, it’s a lifestyle! I’ve never stopped drawing. 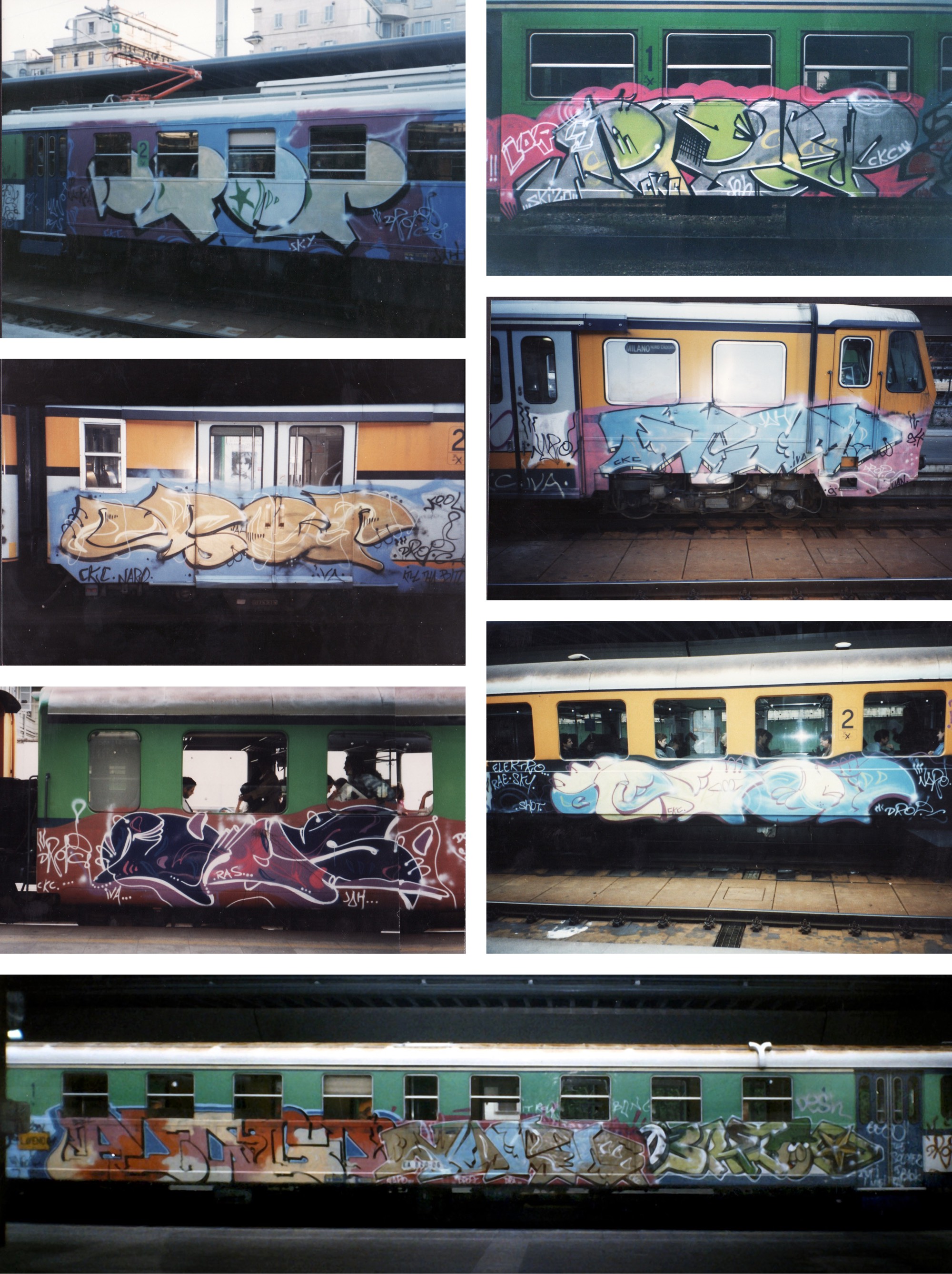 Nowadays, we can say that your main occupation is DJing … When and why did you start to put your hand on this discipline? Do you remember the first Hip-Hop records bought and where about?

I got the turntables in 1999; until then, I had bought mostly CDs and music cassettes. However, vinyl as an object has always fascinated me and it was one of the reasons why I approached DJing. Also consider that, in those years, I often frequented Dj Skizo, who is an absolute master of turntablism and I believe that, in a completely spontaneous way, he sent me the desire to try my hand and deepen the subject. I bought the first Hip Hop vinyl a few years earlier from Merak music and it was “If i ruled the world” by Nas!

For years, you have been playing in various clubs, concerts and evenings all over Italy. But when did you realize that you could turn your passion into a job? How did you become the official DJ of Jake La Furia?

I think you should believe in what you do, your passion must necessarily become a job, otherwise it remains a hobby! The hard work, at times, doesn’t mean salary or immediate payment, but it means sowing daily and then reaping the fruits, sooner or later. Nobody does anything for nothing, don’t believe in fairy tales. The ups and downs are there for everyone but the most important thing is to never give up on your dreams. With this attitude I have built a career and a credibility, then what comes from what. As for Jake, we have known each other since the nineties and there is a relationship of respect and friendship that goes beyond the working side. 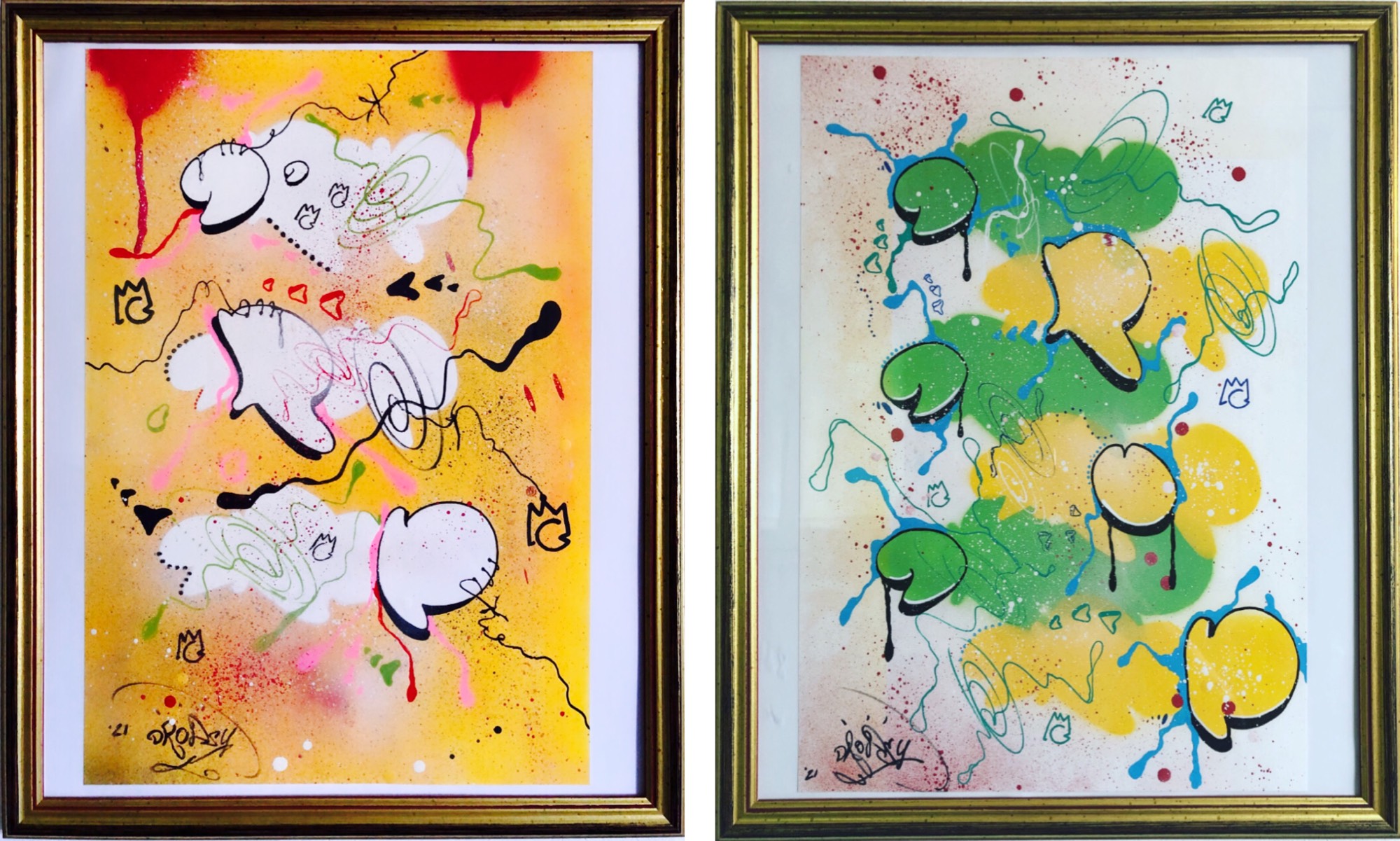 Have you had the opportunity to play abroad over the years and collaborate with American and international artists? For example, we have seen photos on your social networks together with the legendary DJ Drama, or with MCs like Ras Kass, Shabbaz The Disciple … How did you get in touch with these artists who have made the history of this Culture?

Yes, I’ve also played abroad and it’s a very rewarding thing, to meet new realities and see how things work in other places. I met the artists you mentioned in different working situations. Dj Drama was invited as a special guest in a club where I played, while in Ras Kass I was a DJ for his live show and I participated in studio sessions with him. Together with Shabazz The Disciple I had an evening, as a special guest, in the canton of Bern. Good vibes!

In recent years, we have seen that there has been a comeback of vinyl collecting, but as a DJ, do you still play LPs in the evenings? And what do you think is the substantial difference between the two ways of mixing music and playing in front of the public?

Nowadays it is difficult for me to do a public performance with real vinyls, it’s very rare. Analog and digital are totally different. I’ll be direct: 99% of those so-called “DJs” of today, who have never gotten their hands on a turntable with real vinyls, would almost certainly not be able to mix and match two songs in time. Technology has made things easier and lowered the level in every sense. It has killed professionalism in many areas, including this one. By now in many clubs you see improvised characters in consoles who, if they had to use and buy vinyls, would never have been DJs. I come from the period when either you knew how to do it or you didn’t. A return to vinyl would be cool, there would be natural selection and the clowns would go back to the circus instead of playing fake phenomena. 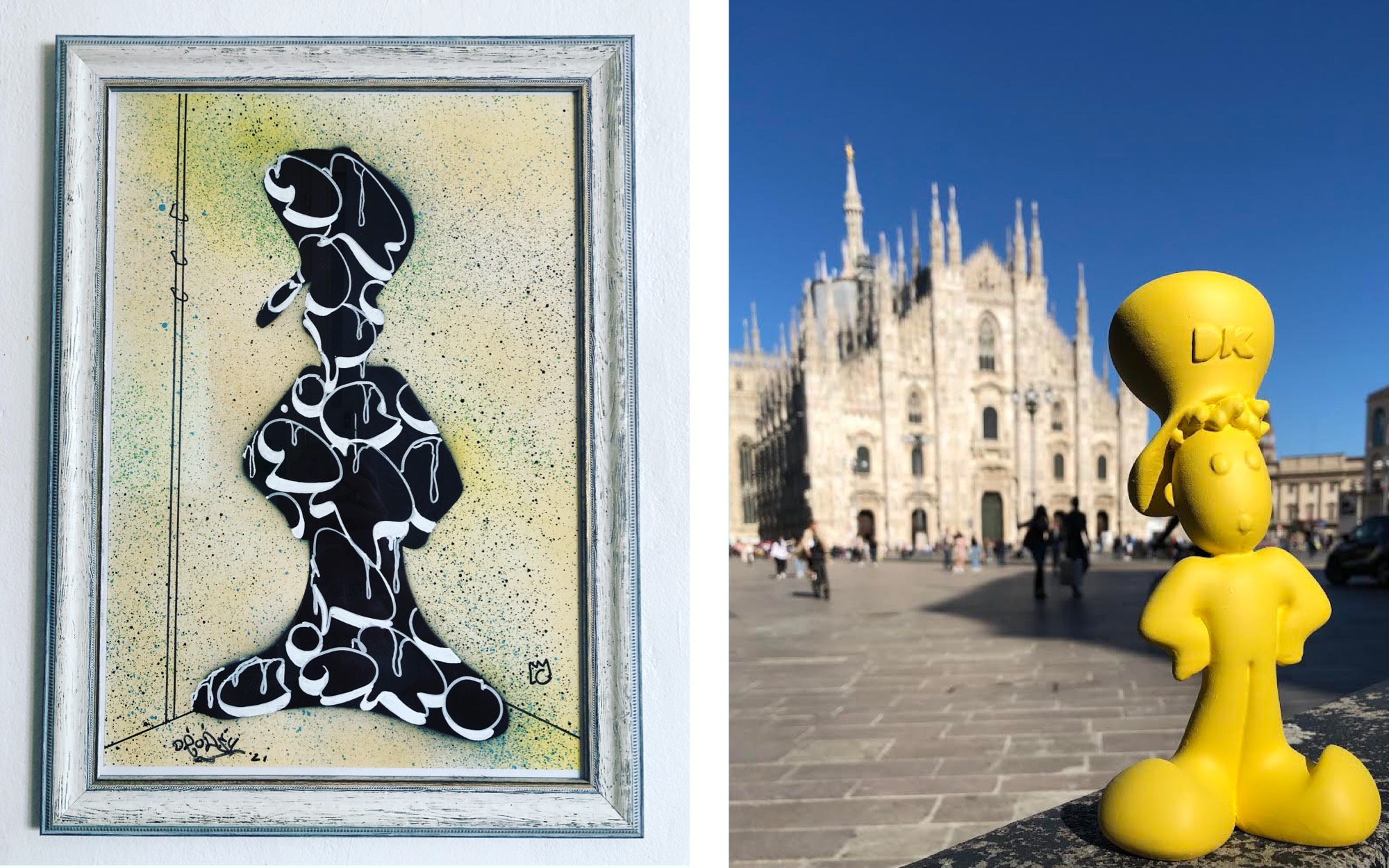 Tell us about Devils Killa, your art toy…

It was born in 1991; the year in which I created the first sketches and over the decades I constantly improved and modified it. The name “Devils Killa” literally means “killer of devils”, a character who fights the evils of the world and who takes sides against injustice. Lately, I it got real in 3D and it will be available in a super limited edition on the international platform.

Do you also want to tell us something about your “Otro Nivel” brand?

Otro Nivel is my nickname among other things, it’s a lifestyle more than a brand: taking everything you do in life to another level. On a commercial level, there have been some drops of t-shirts, sweatshirts etc and surely there will still be. Stay tuned!