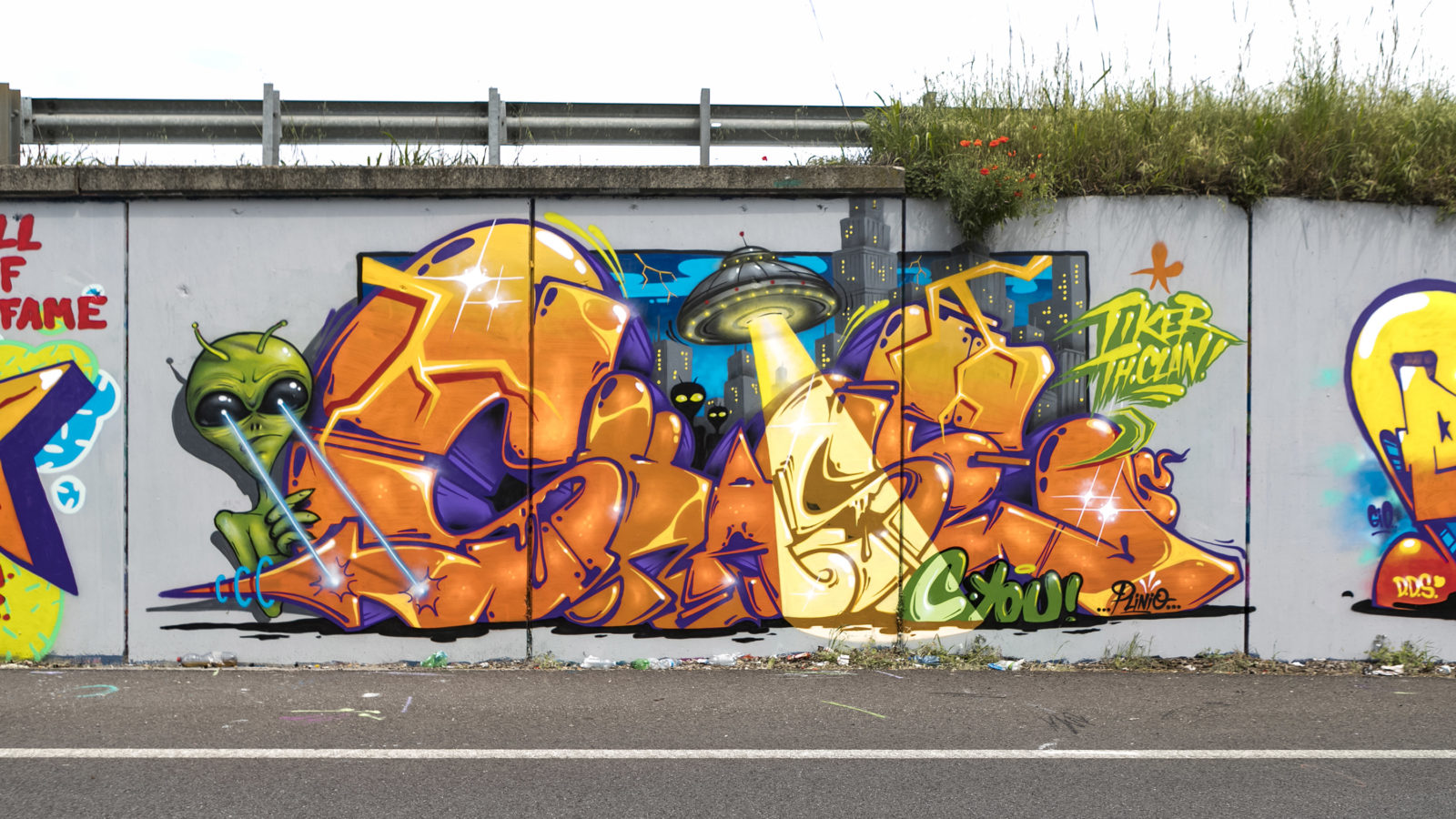 Hello Skase. Why did you choose this name? How and when did you start writing? What are your first memories as a writer?

I first started using this name in 1998. It was inspired by a rapper from Rome called Giga SCSI. One morning, in class a friend said to me: “Why don’t you start tagging Giga Skase?” I liked it but it was too similar to that rappers’ name so i left out Giga and only Skase remained. At first me and a school mate would go and hit up the city with tags. We didn’t really know what we were doing. After only a few months my friend quit. I began to hang out with the Tiker Crew and the TH CLAN.

Step by step they taught me all I wanted to know about graffiti and Hip Hop culture. I remember the first piece I made in the streets. As I approached the wall I had chosen I was really gassed. I had driven 20 Km on my moped just to get the spray cans. When the piece was finished I was very disappointed: It didn’t look anything like what I had in mind! The colour patterns were terrible and the letters didn’t even look like letters. That was the my motivation to keep going. 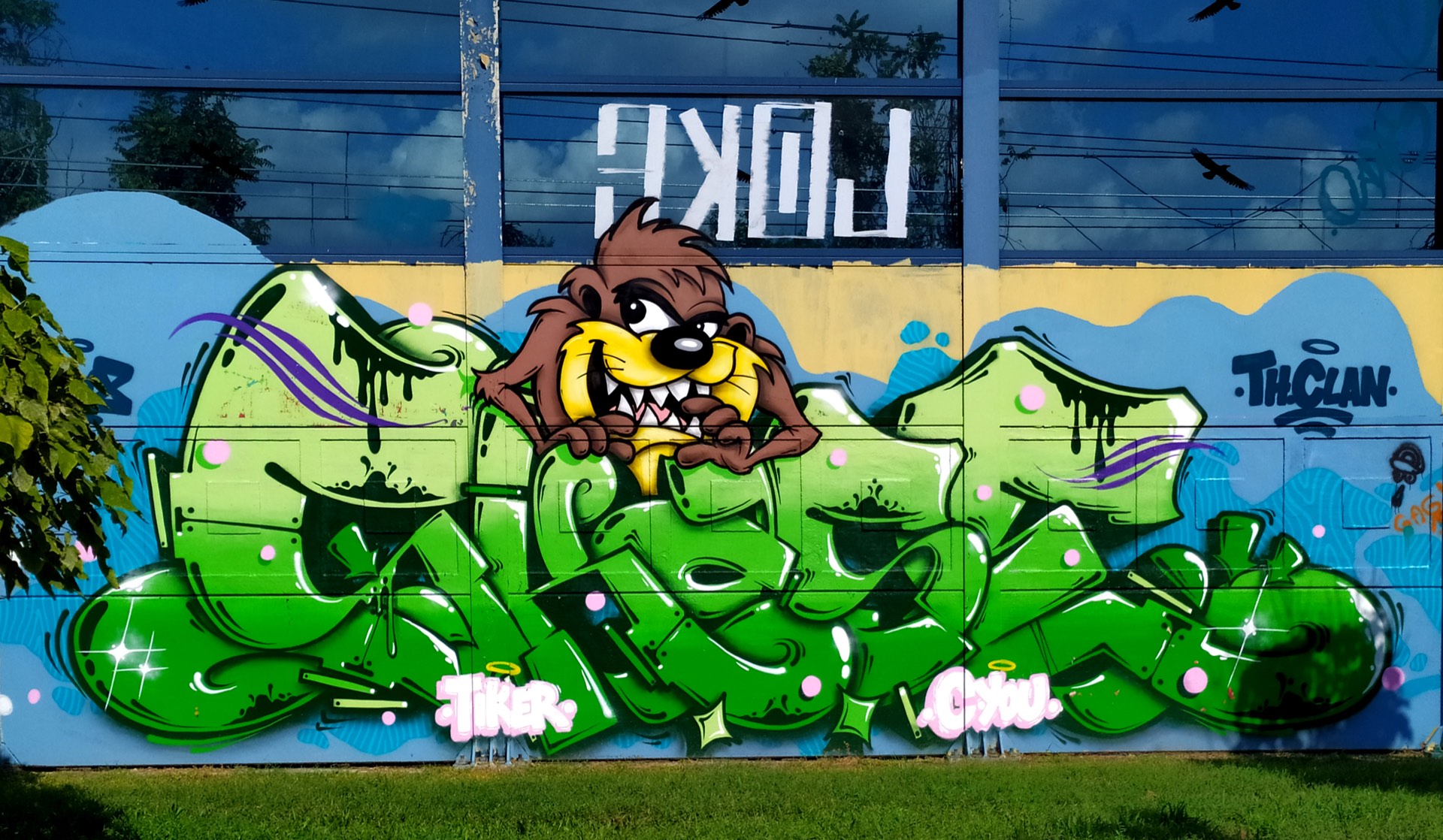 What inspires you? How do you feel when you are painting?

I am often inspired by comics, especially for backgrounds and backdrops. When I’m painting I feel completely absorbed by what I’m doing. I only think about having fun with my people!

How has your style evolved throughout the years? What supports do you like painting on? Are you part of a crew?

When I first started I was inspired by the writers in my hometown. Internet wasn’t a factor and fanzines were hard to come by. In time I started checking out the north European scene. I was fascinated by the letters and backgrounds that writers like Cantwo, Dare, Swet and Bates were using. Still today I believe that having a “clean” piece is of the utmost importance. The wall is my favourite surface but I will paint any kind of surface. I am a member of four crews: RC’s, TIKER, TH CLAN and C.YOU.

Tell us about your “throwup” skills and the color combinations you use.

My throwups are actually pretty basic. I usually trace them with a skinny banana cap, although I have a penchant for the raw look of original caps. The colours I use are completely random, basically whatever I can get my hands on. As long as there is a strong contrast between the outline and the filling. 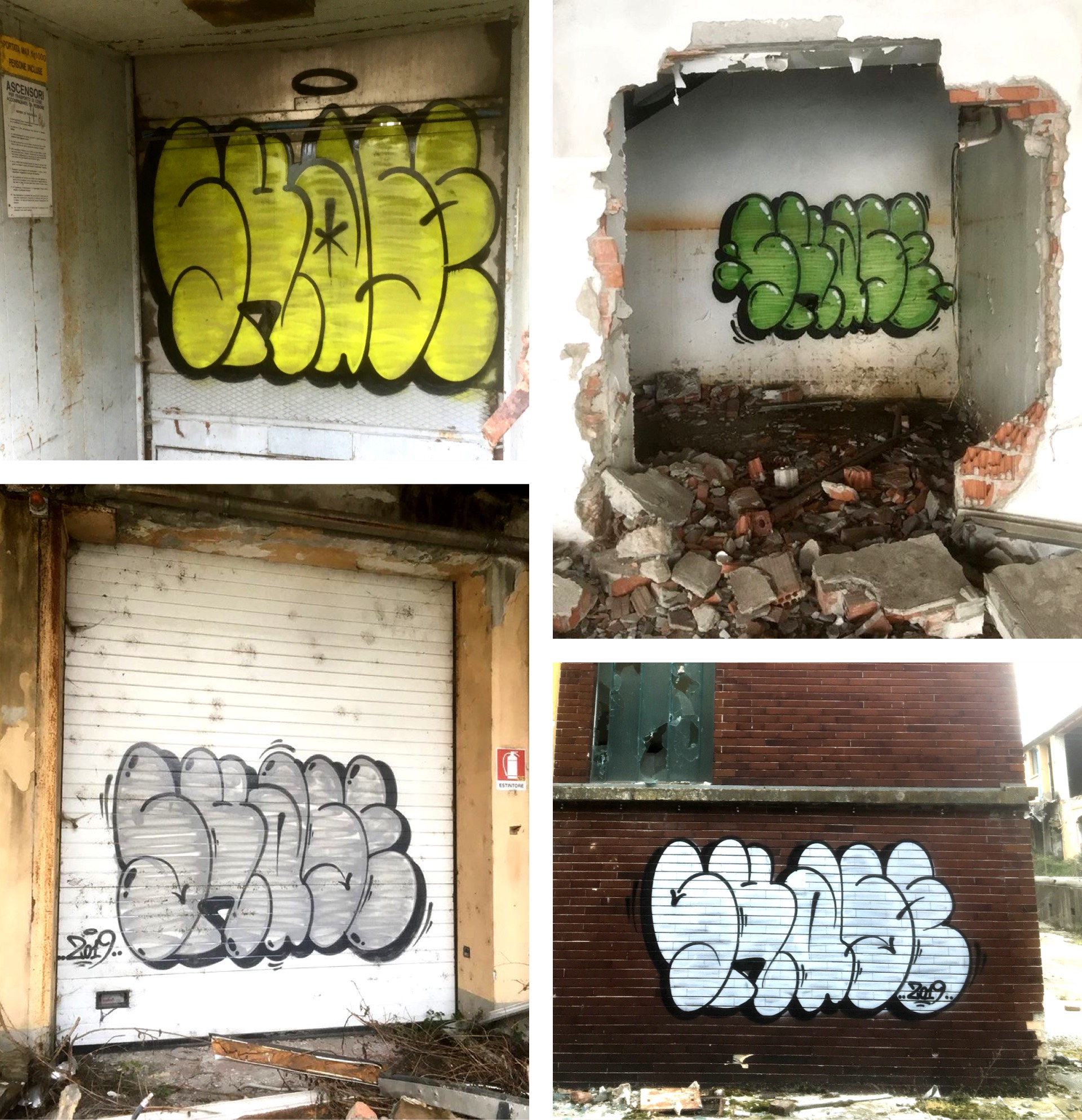 Is there a common feature in your work?

I like my pieces to look gummy, dynamic and clean.

You have an unusual talent, making miniatures. How did you get this idea?

Lately I have been making miniatures or dioramas, whatever you wanna call them. I have been doing this for years ever since I studied architecture and set design. I decided to use this medium because I was sick of always painting on canvas and I wanted to try something different. 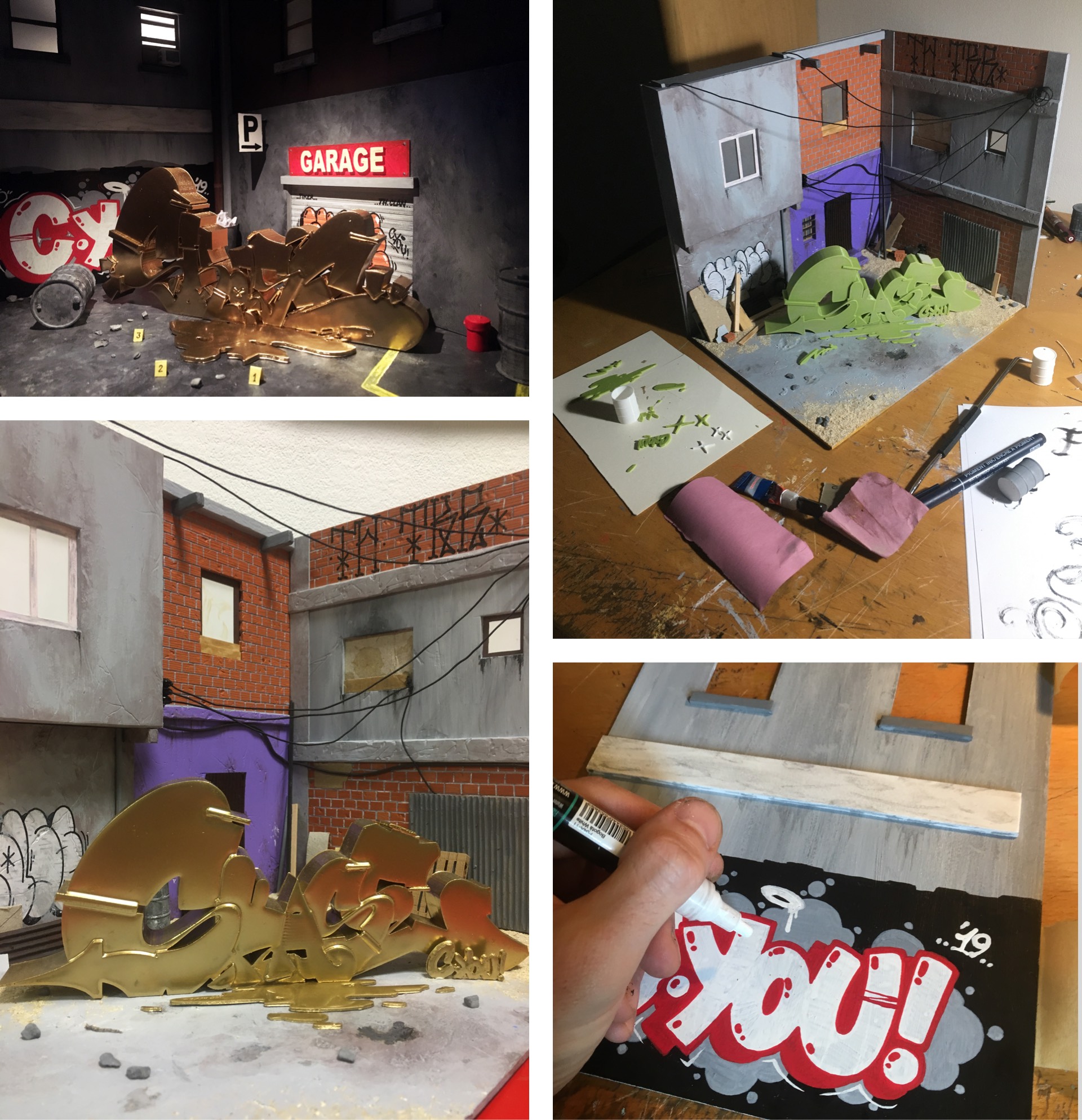 When you first started what was the writing scene like? How has it changed during the years?

I don’t think that the scene has changed much compared to when I started out. I can see the same beefs and friendships. Just a lot more people involved nowadays. Back then kids had a lot of respect for those with more experience, that no longer seems to be the case unfortunately.

What has this noble art taught you? Has it been an influence on your character?

Before I got into writing I was very introverted. Constant contact with people who share my interests has definitely made me more sociable.

What are your future plans? Do you have other passions besides writing?

I don’t like to dwell on the future too much. I want to dedicate as much time as possible to graffiti and art in general. I will take it step by step and do whatever suits my fancy.

Do you have any suggestions for those who are starting out as writers today?

I don’t really see myself as someone who should be giving advice, however, the only thing I can think of is: try to be yourself when relating to others and when you are studying and perfecting your letters. 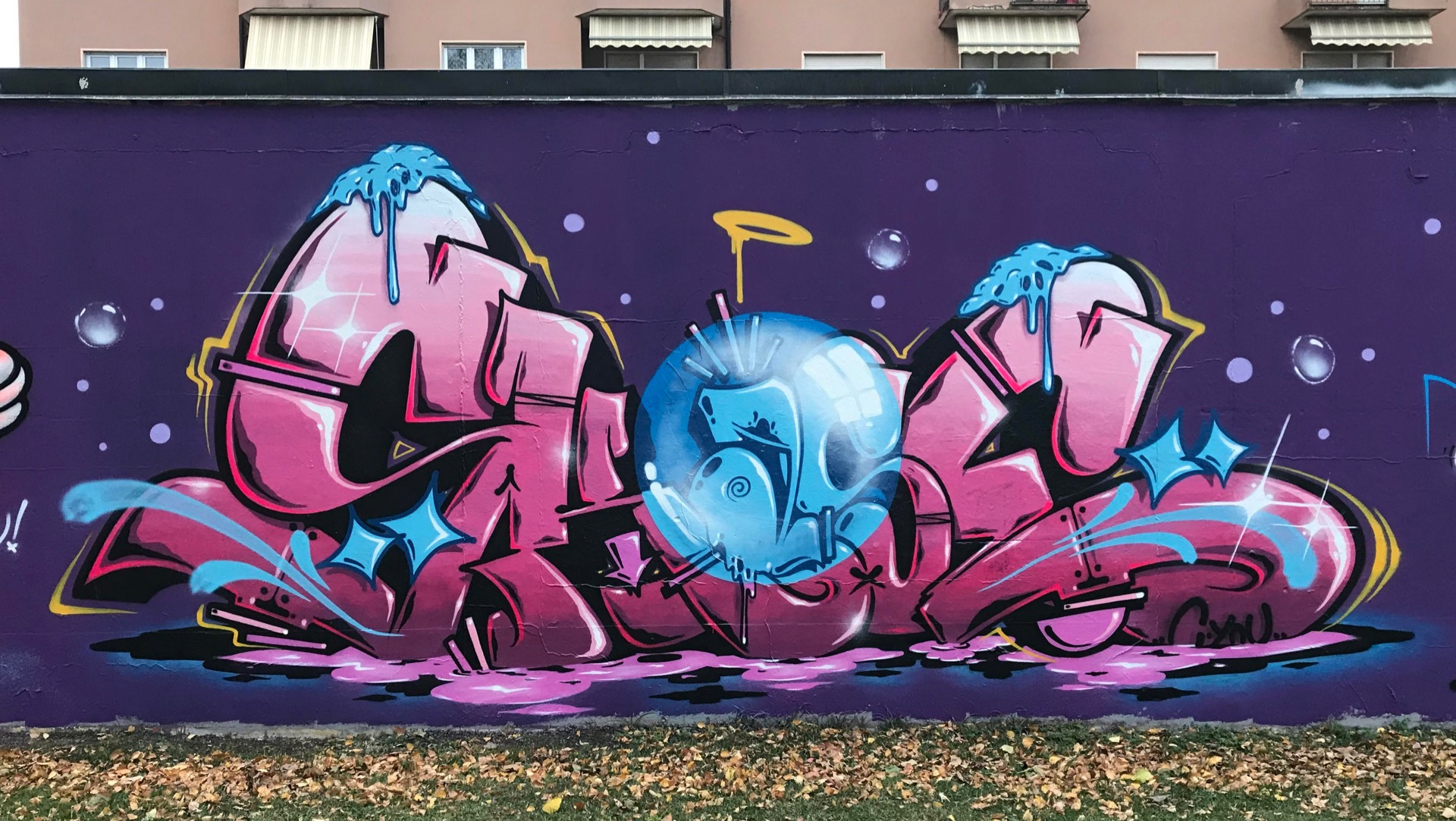