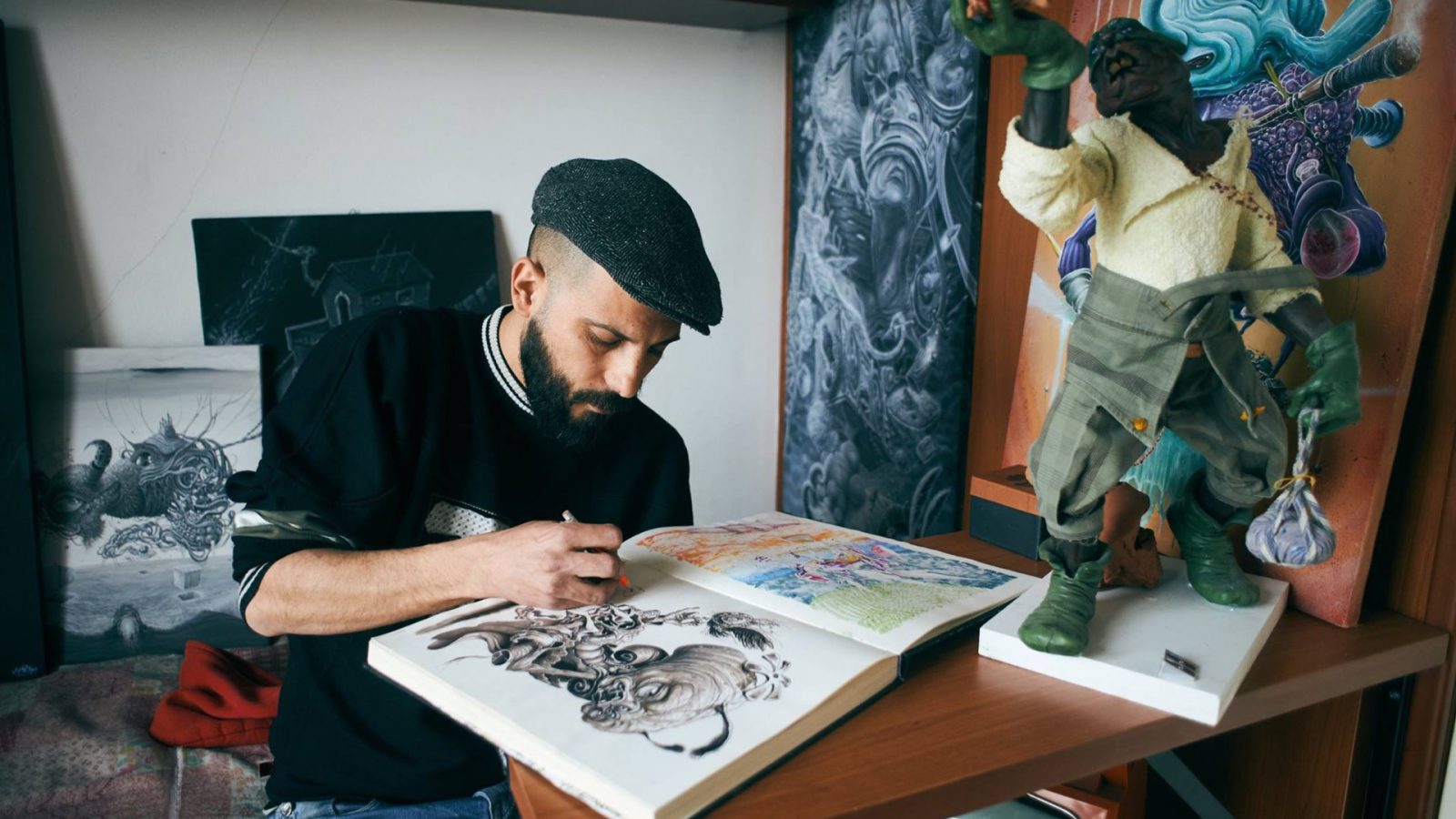 Let’s begin with some usual questions… Why did you pick the name Korvo? When and why did you approach the Graffiti Culture? What are your first memories?

Hi fellas! I began in ‘94 when some older brothers came back from Berlin with some postcards of graffiti. I was so impressed by those pics that I tried immediately to reproduce them bigger on the wall.
At that time I used to read The Crow (Il corvo in italian), the 80’s comic cult created by James O’Barr. I got fascinated by the icon of this animal and its meaning… I realized that this bird held a prominent position: think for example at the crows of God Odin. It’s also considered as one of the most intelligent birds… so I choose the name Korvo (crow); often associated to his zoological name “Corax” replacing the C with the K: KorvuzKorax!

Since day one I knew I’ve got some skills. I don’t remember a single day without painting. Writing has a unique sound, I mean… “to drill” is difficult if you don’t have a yard, your walls … It was just me painting in the province , dealing always with cops. Moreover, a long-term journey to Urbino, a small italian city, forced me not to paint much: from ‘94 to the early 2000s I had very few possibilities … You start to realize that something is changing when you get invited around; when people come to watch you…. it’s a blast! To be honest, I have no idea which is my spot in the scene. I still feel like a beginner. My concept of Writing is something else … Do you have a team? And what do you think about this game in the south of Italy…

From this summer I’m officially part of the DRAK crew of Battipaglia, a city near Naples. Our friendship goes over spray and walls… Love them! I’ve always been a loose cannon, hahaha! As I said before, I started alone and the real approach to this world happened few years later. The DSK crew was founded with the partner SMAKE and the best DES. Even if we rarely painted all together, they are my brothers! In the South of the country I’m always welcomed: the scene is “warm” in all senses!

When people say I’m on fire, I smash it (on a technical point), I think they don’t give me a shit! I never feel strong enough or at least not as strong as I’d like. I reckon, life gave me a gift: a surreal and prolific imagination to create different and unique pieces. I love Surrealism and metaphysics. I adore Marijuana, used to follow my imagination… I feel in another dimension with some Hip Hop beats, canvas, brushes and a spliff… Right now, in the background it’s playing “Dimensioni Mistiche” the song of Maury B: such a coincidence… This piece explains some concepts in the right way: MindElevation! Which other supports do you use in addition to walls? Which techniques do you prefer?

We believe your distinguishing features is the sculpture. Tell us about it…

I attended for a long time the studio of Salvatore Troiano, Master of sculptor, painter and brother (take a look!). I learned some ancient techniques practised also to built some sculptures. Unfo, I left it on the side atm but I’ll be back soon on track. When did you started, how was the writing scene? What’s the difference now? Have you been inspired by any artist (s) over the years? Do you see any new star?

Do you have any future projects? Do you think about an evolution of your style? If yes, in which direction?

Btw… I’m seriously thinking to start using brushes and rollers along sprays. I’d like to use mythological icons reviewed with creativity. My goal for the future is to survive to this world!

What is the lesson learned from this noble art?

Wow, so many things! For example, I learned that many friends of mine that had bad grades at school, received such a boost from this discipline, creating further their own style without any predictable sign. Today they got big! Success and dedication are not the same thing. That’s a rule, no written laws. At the end, what’s matter is that there is a reason why I’m on the same page with many bro’s of mine!