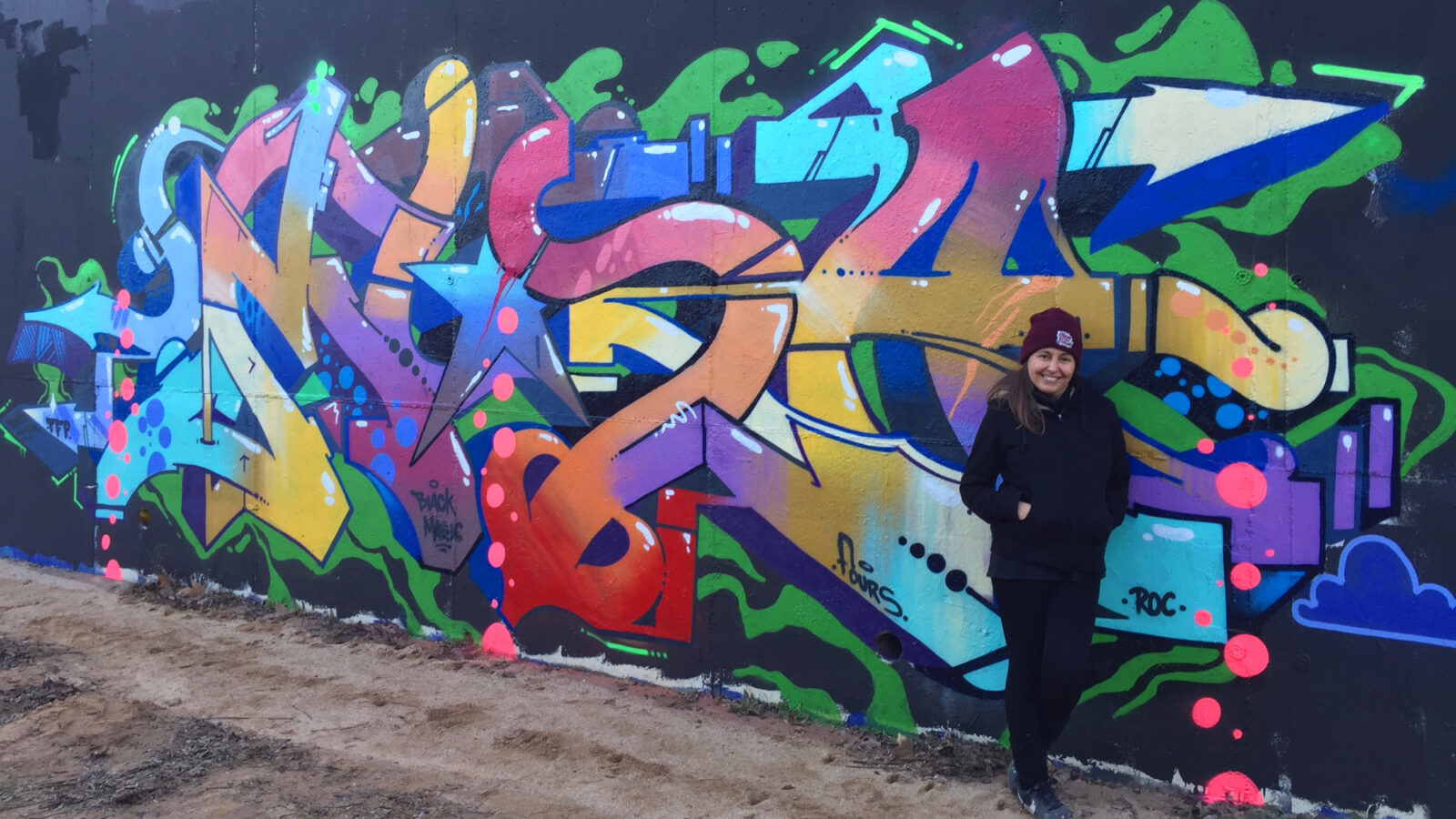 Hi Musa, it’s a great pleasure and honor to be able to ask you a few questions. We would like to start with a question that might be obvious but useful to learn more about your story: Why and when did you approach the Hip-Hop and Graffiti culture? What are your earliest memories handling a marker or spray can?

The first time I consciously knew that graffiti existed was during the first year of secondary school. The first day I was late and I had to sit in the last free seat in the classroom. It turned out that my classmate was a b-boy and a graffiti writer. I used to see him doodling on the paper instead of taking notes on what the teacher was talking about. That became a constant. I asked him what he was doing, but I don’t remember what he explained. Memory is a curious mistress, it tells you only what you need to hear. So my next memory was seeing Futura2000 painting on the Passeig del Born, on my way home from lunch and on my way to school. His galactic appearance, the fact that he painted without touching the wall… the halo he gave off made it seem magical to me.
Although I had to use markers because I didn’t have the money to buy sprays, the only thing I remember was how much fun it was to use a can, and how difficult it was to have any control over the result. Basically my earliest memories are linked to helping Kapi fill in his pieces. 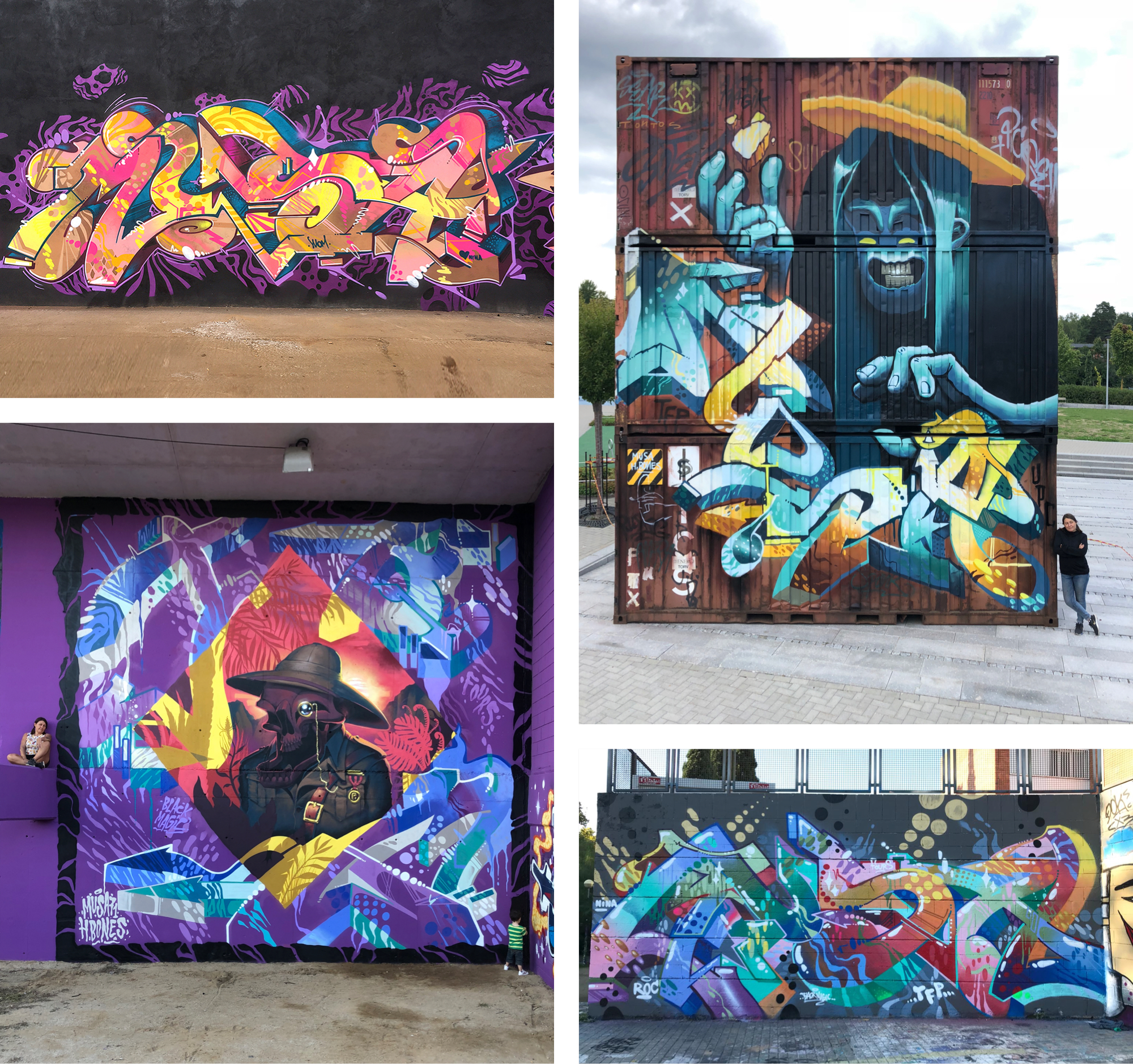 If we are not wrong, you are currently living in Barcelona, Spain: anyone who has been there at least once, cannot fail to have noticed many pieces and walls around this city … What is the state of Graffiti and Hip Hop culture in the city today and how has it evolved over the years? What do you think was the “golden” period of graffiti in this city?

I don’t live in the city now, and I don’t know what’s going on at the moment, but I imagine that the dynamic of the last few years must be the same. When graffiti hadn’t taken over the streets, in the 90s, it was very easy to paint in the city, in the 2000s with the rise of street art, everyone came to Barcelona to try their luck and make a name for themselves. Then came the civic law and it was no longer possible to paint “peacefully” anywhere. Nowadays, associations regulate the city’s legal walls and people who want to paint and have their picture taken in Barcelona can do so without having to worry about facing a fine. Graffiti writers, however, are looking for walls that last longer and paint in these legal walls on some occasions.

Regarding the golden era, all times are good if you have the will to do it. I am of the opinion that a graffiti writer looks for a way to paint however she/he can, and adapts to the circumstances or creates their own opportunities.

Are you part of any crew and how did you become part of it?

I am part of the following crews:

FHJ, with two Dutch writer friends, an English friend and another friend from Barcelona, we created it between all of us during one of the occasions when we travelled together.

Black Magic, a graffiti crew from Spain, with very active veteran writers. A friend decided to create it and I wanted to be part of that energy.

TFP, a legendary graffiti crew. I met Sento many years ago on one of his trips to Europe, but it wasn’t until 2010 that he decided to bring me on board.

Fours, a crew of American and European writers, friends for years.

TDS, another legendary crew, although I’m in it and have friends within the crew and it was the great Part1 who got me into the crew, I want to meet him personally so I can feel part of that legacy. 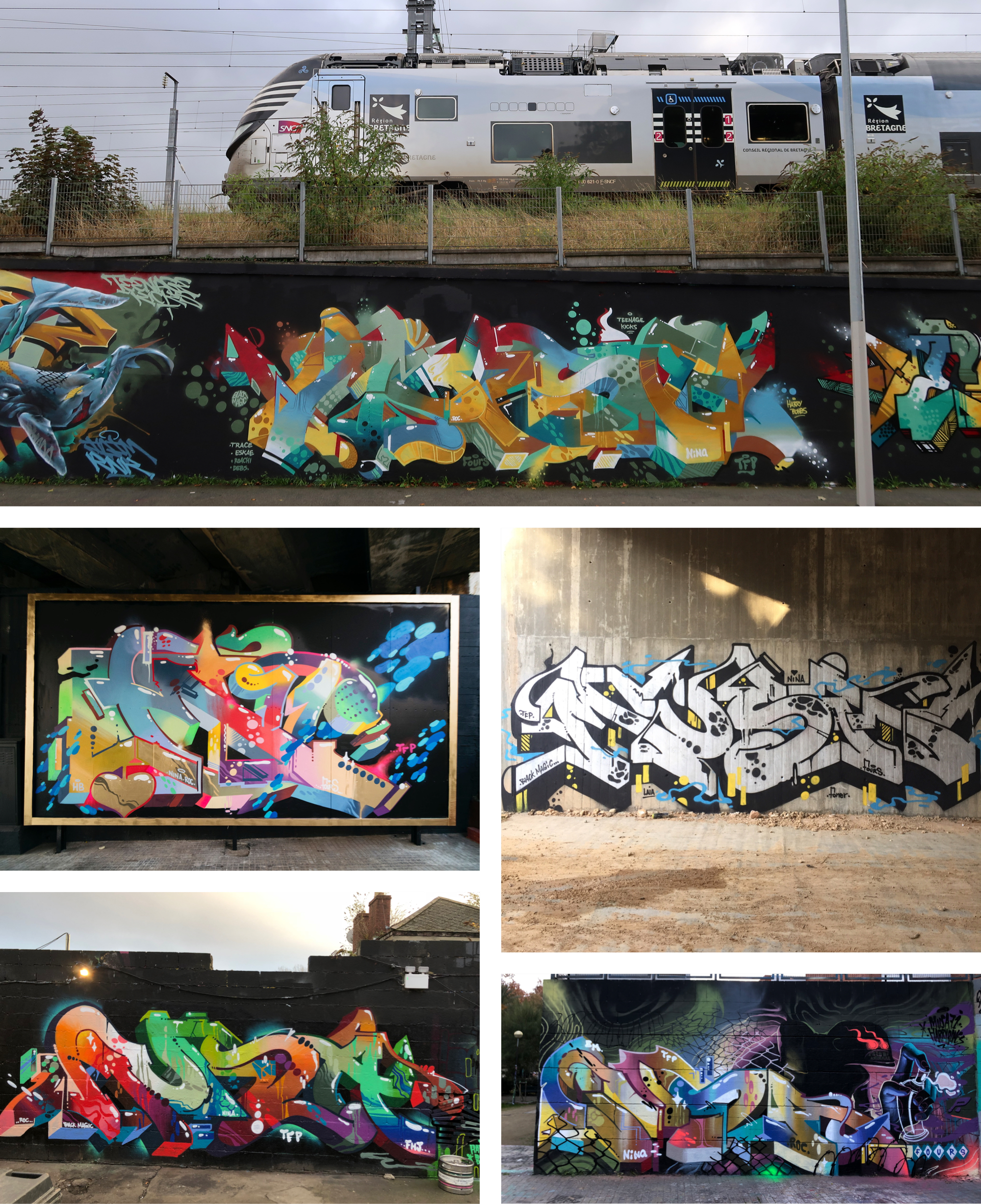 Who are the idols and names that have inspired you the most over the years (Spanish and abroad)?

At first, of course, I was inspired by what we knew about graffiti in New York (I still love it). Later on, I was impressed by German wild style, in particular in Berlin. Right now, I’m impressed by writers from all over the world who try to strike a balance between the classical and their own language.

In your opinion, what are the elements that most identify and characterize your style today? And how has it evolved over the years?

I guess what characterises my style is the constant search for that balance I mentioned. I try to find the limits of understanding the lettering by using the language of traditional graffiti but “trying to go a little further”. The use of color to enhance or merge the letter with the background is another of my struggles. As for walls, I like difficulties, puzzles and walls that are already saying something without the need for a piece. I like to try to fit a good style within those walls. 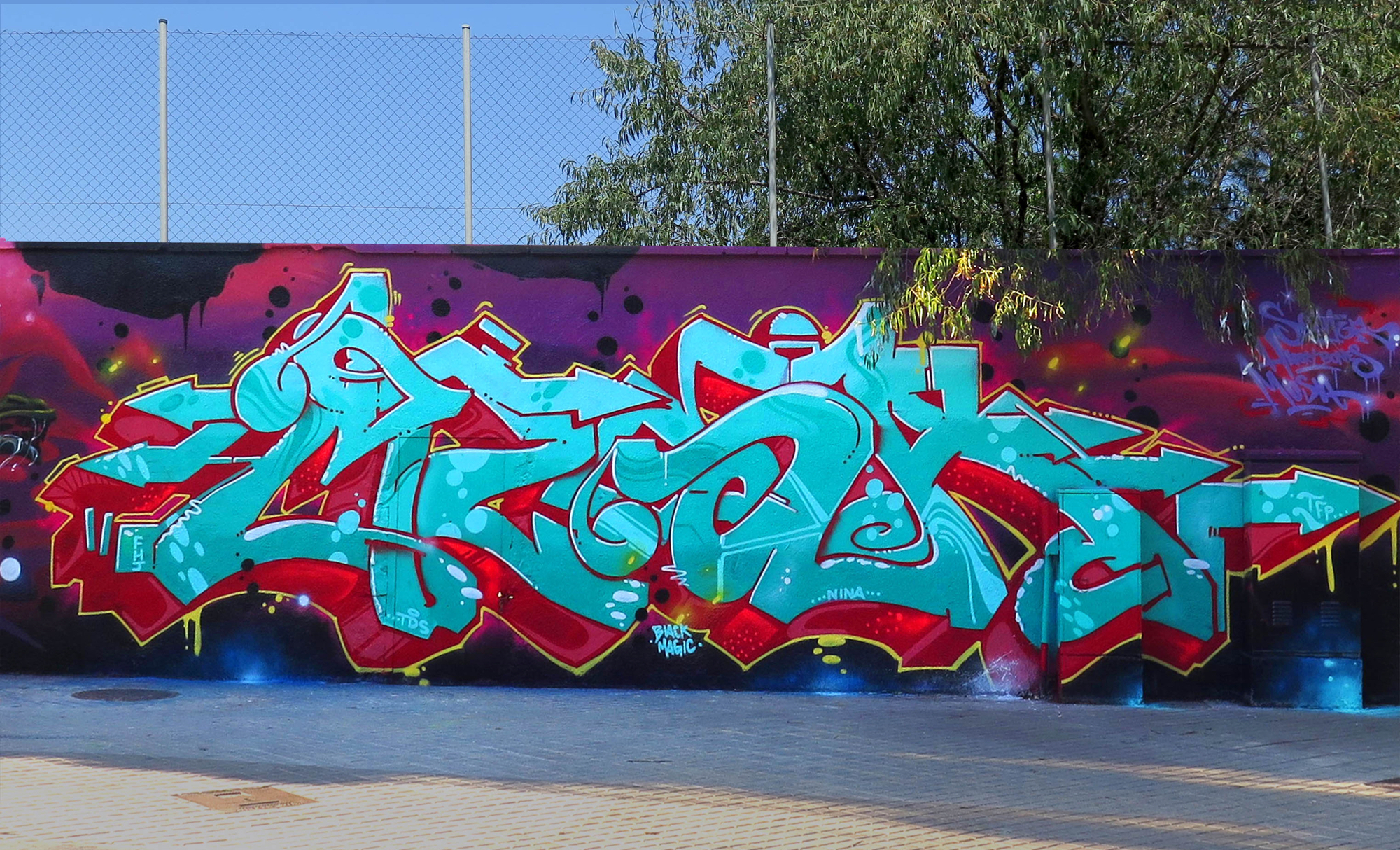 What’s your approach when starting a new wall? What drives you to choose certain walls and colors?

Recently, due to the restrictions of the pandemic, I have spent as much or more time looking for new spaces. As we (Harrybones & me) find new places we decide what kind of piece we are going to do. I like walls with souls. I like imperfect walls, and abandoned places that can be given a new life. As for colors, it depends on my mood and the music I’m listening to at the time.

Unfortunately, at least here in our country (Italy), the perception is that the female component involved in the graffiti movement and in general, Hip Hop, has often been a minority: what do you think about it? Are things changing in recent years? From your point of view, how could the female universe be more involved?

Tricky question. There are a lot of women doing good things in graffiti, each one in her own ways. Maybe what needs to change is men’s perception of women. In general it is still the man who dictates what and how it should be done. This navel-gazing needs to change, women need to stop being held to certain standards. 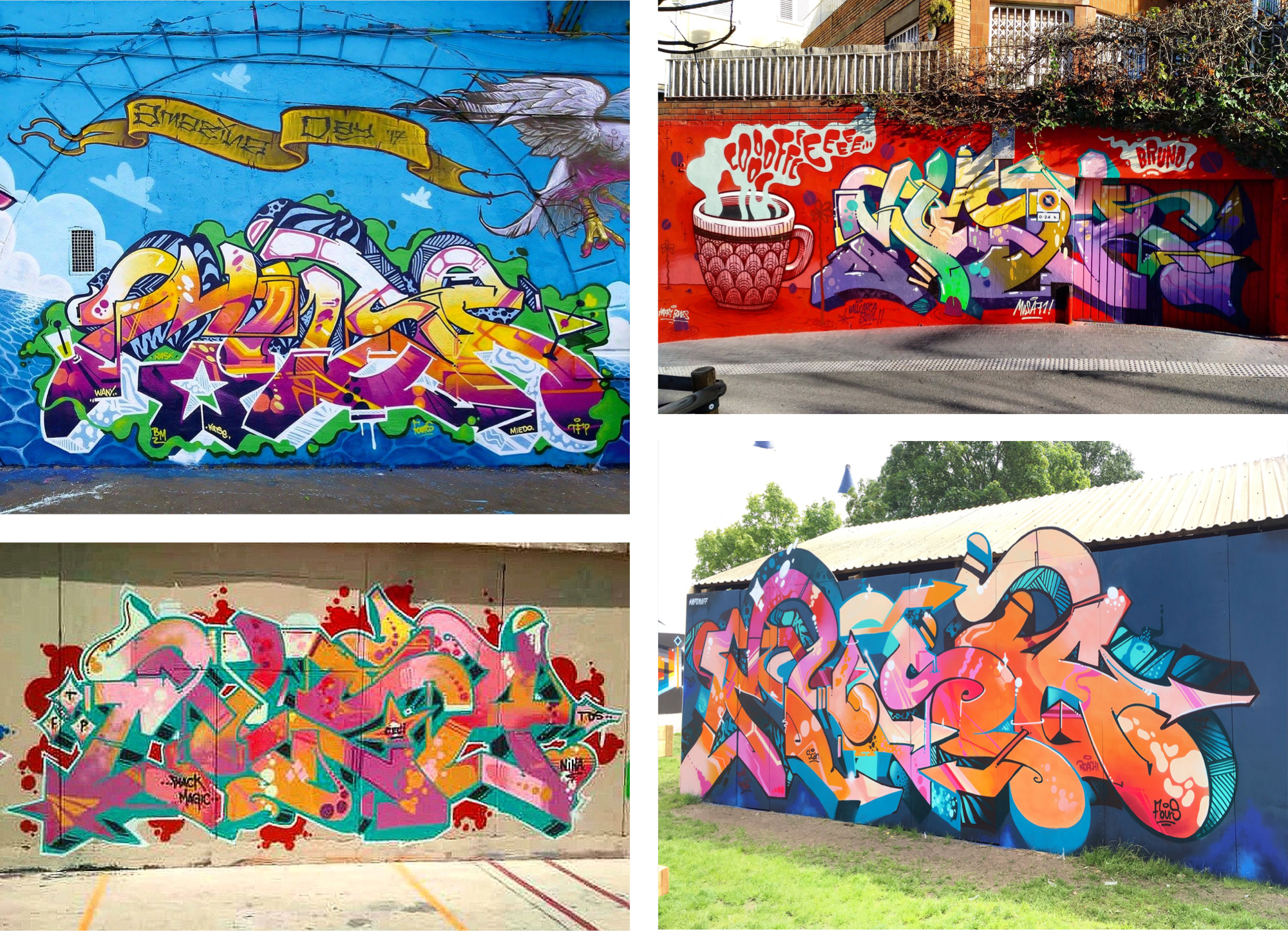 After so many years in this context, what keeps burning your passion for this culture?

Graffiti for me is a way to connect with myself. To face my demons, and to express my feelings. It’s a mathematical exercise when I want to do something different and like an old shoe when I just want to be comfortable. I can’t get enough of it.

What do you think are your greatest results achieved and which are the works made that let you be most proud of, along your path?

I always hope that the best is yet to come. It’s the only way not to lock yourself into something. It will be seen when I’m gone what my legacy is, if any, and who I can be of use to.

How did this pandemic affect your artistic inspiration? Did it favor it or, in some way, cloud it? And how do you think this period will affect your art, even after this emergency will fade?

The pandemic has obviously affected freedom of movement and that’s something that feeds my creativity. But as I said, it has made me adapt and look for new places, new ways to paint. This is another enigma/problem that needs to be solved and it all adds up. 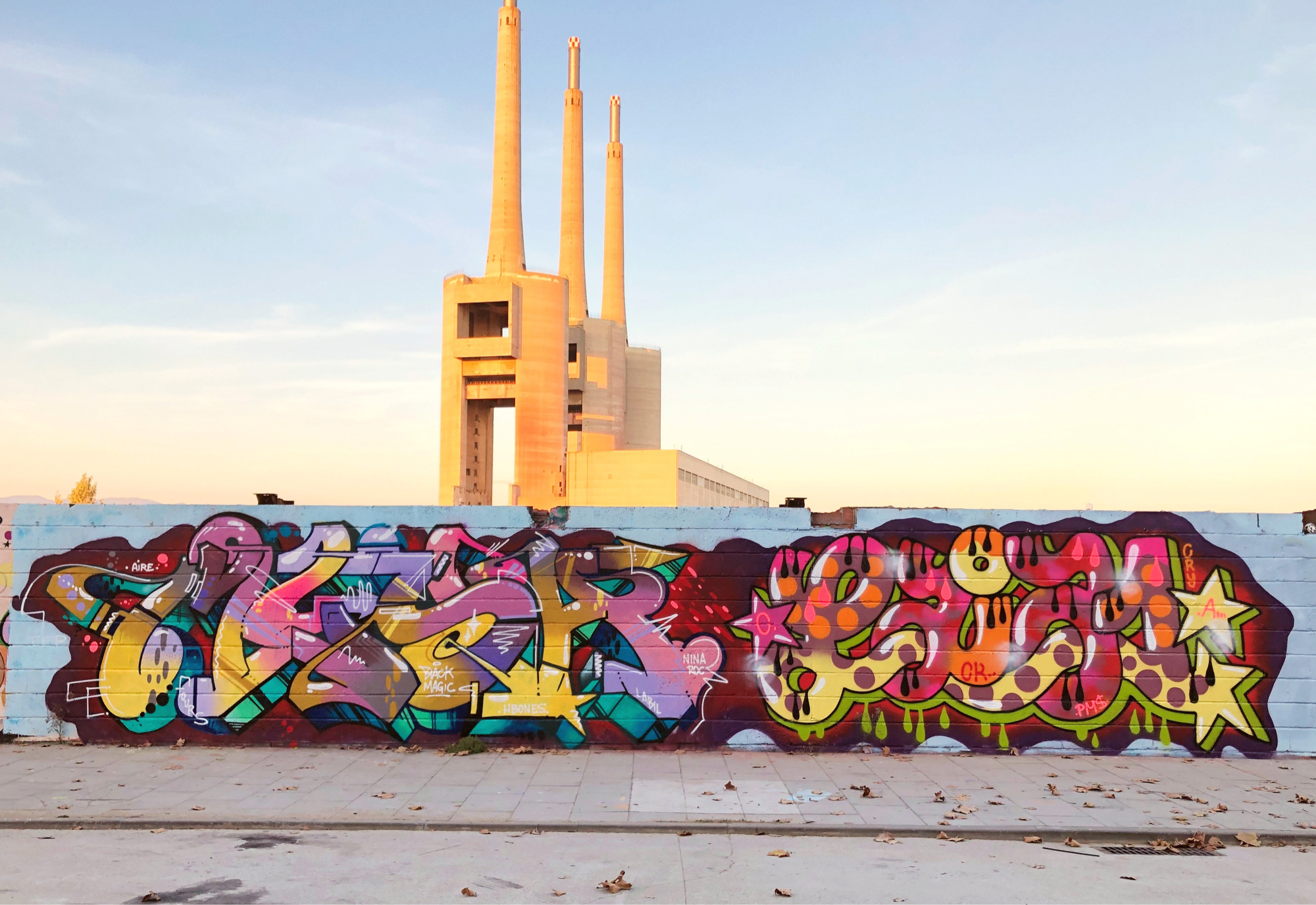