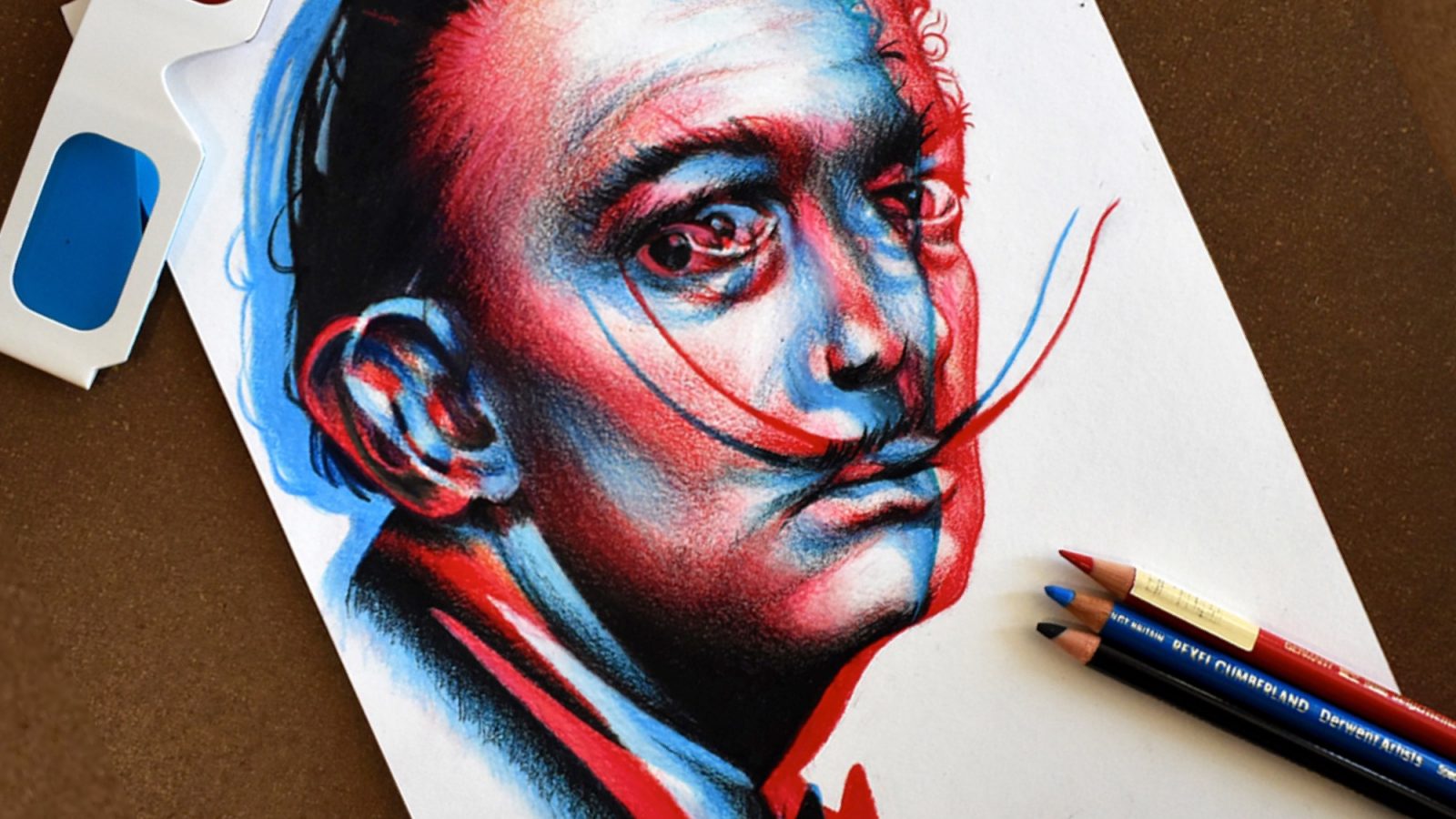 Hi Pongo, it is an honor for us to be able to ask you a few questions! We thank you very much for this possibility. First of all, could you please tell the people that might don’t know you about your beginnings as a writer. When did you start writing and what prompted you to pick up the spray cans? How was your stage name born?

Hello everyone and thank you for the wonderful occasion; the honor is all mine. I started painting on walls in 1988 at an amateur level, in total chaos and without a line to follow. When I was young, in Italy, the Hip Hop culture wasn’t yet formed.
The first American influences came up through skateboarding, which most of us practiced. At that time, I was often in the USA for my father’s work and I was also lucky enough to be able to buy a skateboard and either to see the famous NYC bombed with the colorful MTA.

When I returned to Italy, I was very influenced by those words around and also through subway art that I bought in the USA.
In Italy there wasn’t much around as the Internet wasn’t like today. My very first name was Future, a striking copy of Futura 2000 which I was very much in love with. Then I moved on to Crank and eventually to Pongo. The reasons were many. First of all due to an easy and immediate reading and then because I was very fluid, especially with the breakedance that I practiced assiduously at the time. 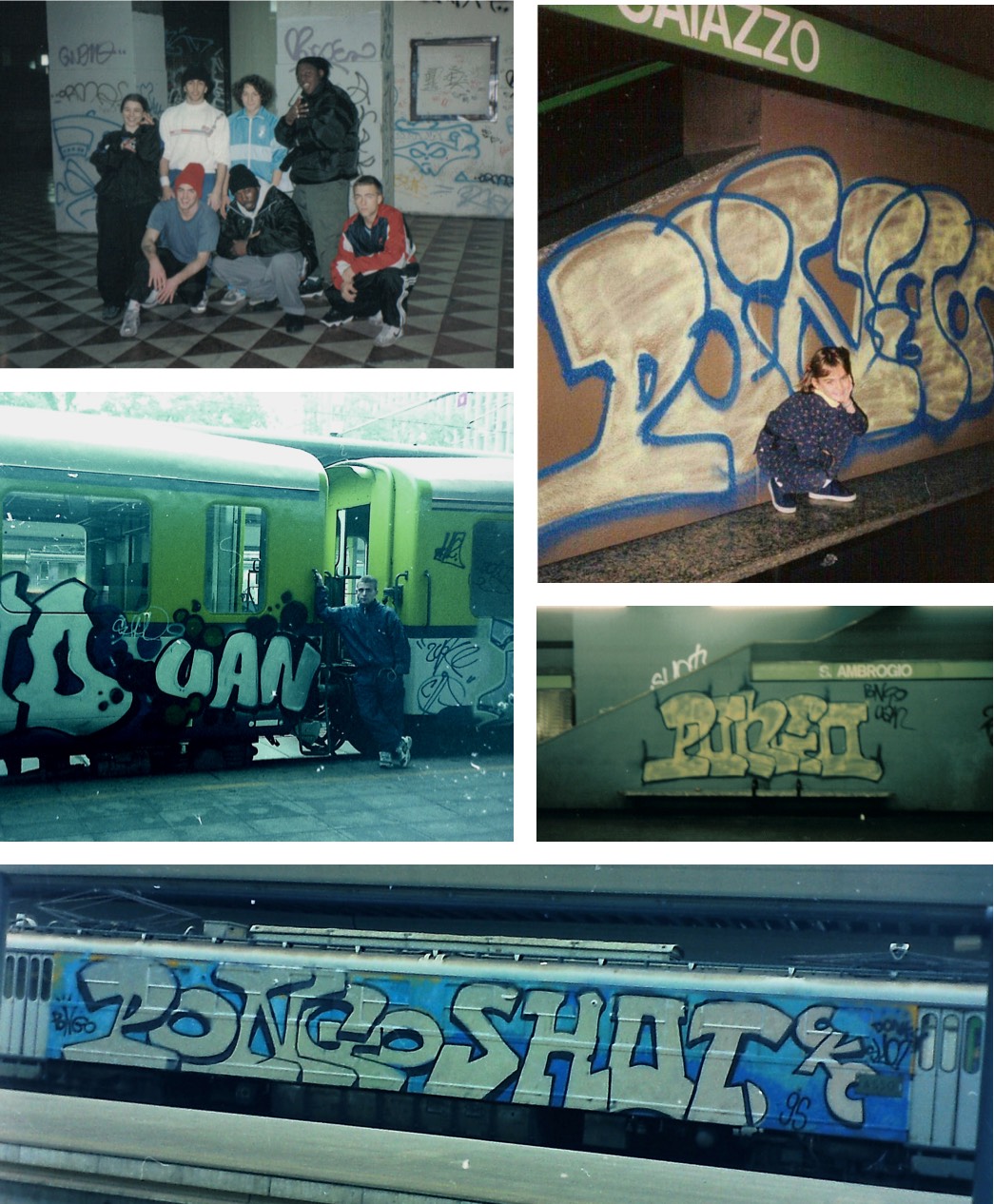 You lived the beginnings of this culture in Italy. Could you tell us what the scene was like in that period and how it changed? Who were the most important names in Milan at the time and where do you find your information on this culture and the sprays?

The scene was totally different in many aspects, first and foremost the niche was narrow and the rap wasn’t like today; it was not mainstream. But it was in some ways more refined, MTV for example had its own MTV yo rap program, let’s say there was no fashion. What has changed? Basically everything is now a mainstream culture where graffiti writing has become a branch of street art. There are positives and negatives to all changes.

The biggest names in those days were all from NYC, TAT, TNB, Dome, Vulcan, Phase2, Spon, etc; at least the ones we were looking at, then there was the European branch like Delta and Mode2 that inspired me a lot. We found the information directly by writing to the artists or by traveling. It was the same with the sprays that you could take from the paint factory or as the lucky ones traveling abroad. I remember taking them both in NYC and Paris spending a bang on shipping. 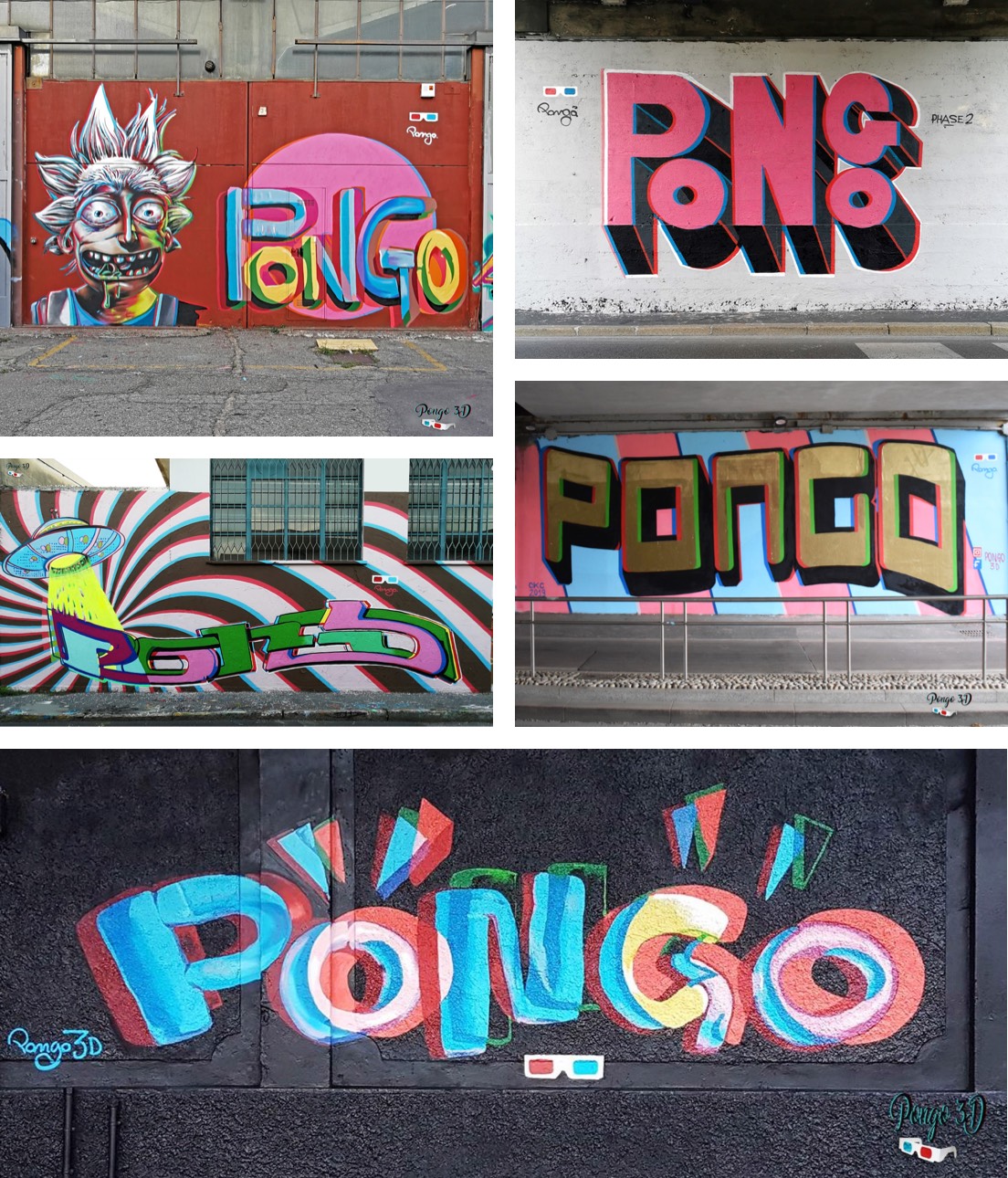 Can you tell us something about the history of the CKC crew and your legendary adventures around the subway and yards in the 90s?

Let’s say that the adventures are many. They can be classified, to make it easy, in trains and subways. We did the trains outside Milan so we needed someone with the car while the Metro went in a few.In many interviews I have told anecdotes so I want to tell you an unpublished one. Shot and I went often in pairs bombing the docks and we did more than one per night.

We used to meet after work at the restaurant going down to my basement to smoke and wait for the right time. When the moment arrived; we hit a platform and did another one on the opposite side of the city, often moving around the city. We saw the ATM patrols looking for us or running between one station and another because the alarm went off … but they always got late.

At the time, platforms and subway trains were painted a lot and, in general, the main component of graffiti was illegal … In your opinion, when and how did the writing movement and its perception by society change?

In my opinion, there are many reasons. First of all, the street art with illustrative and realistic subjects made the culture appreciate even to the non-experts. The approach of companies is another reason. The legalization of free walls is another. The intensification of the anti-graffiti task force. Social media. Let’s say that the illegal component is always present but it’s a niche. I know German writers who, at the age of 50, still make only trains. 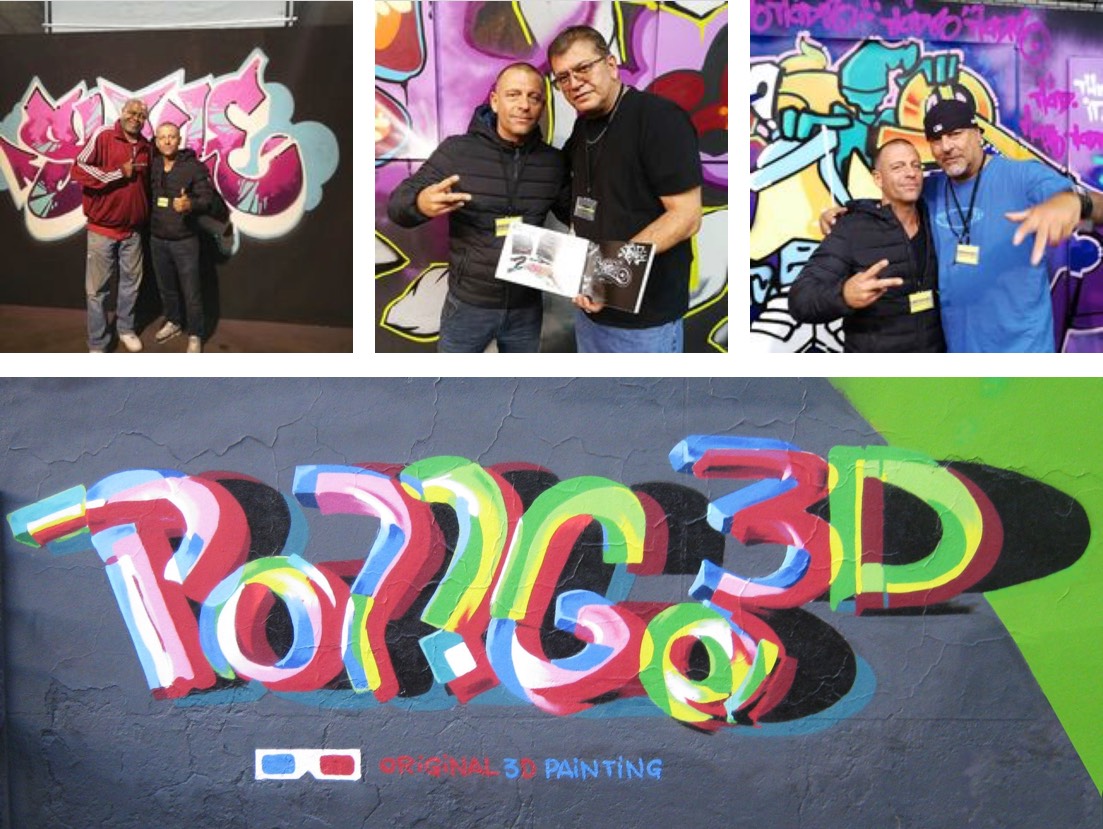 Instead, when was your personal artistic turning point? And what reasons led you to move towards the “legal art”?

Thanks for the question. In fact, many know me in the 90s as an assiduous bomber, which is very right, but many do not know that the legal aspect has always been present. I made various commissions in those years, for shops, for advertising such as Gaggia for example. My personal path also includes art school and the basics of drawing, painting and art history.
Obviously in the 90s being a graff writer and artist was more difficult than today.

Tell us about your stylistic evolution, from the beginning to the incredible 3D technique developed that became your distinctive style. Where did this technique idea come from and what are the main difficulties as technical or other, that you have found?

As I said previously, I’ve always developed various techniques also through an academic path. Therefore, I was also very influenced by the history of art absorbed over the years. I reached a point where writing was no longer enough for me and I wanted to go further. Since then, in 2008, I started to develop my 3D style that is simply based on the concept of falseness and deception. From there, I studied and experimented various ways to achieve it and I ranged between painting on canvas, on the wall and pencil drawings as well as of course the Tattoo. 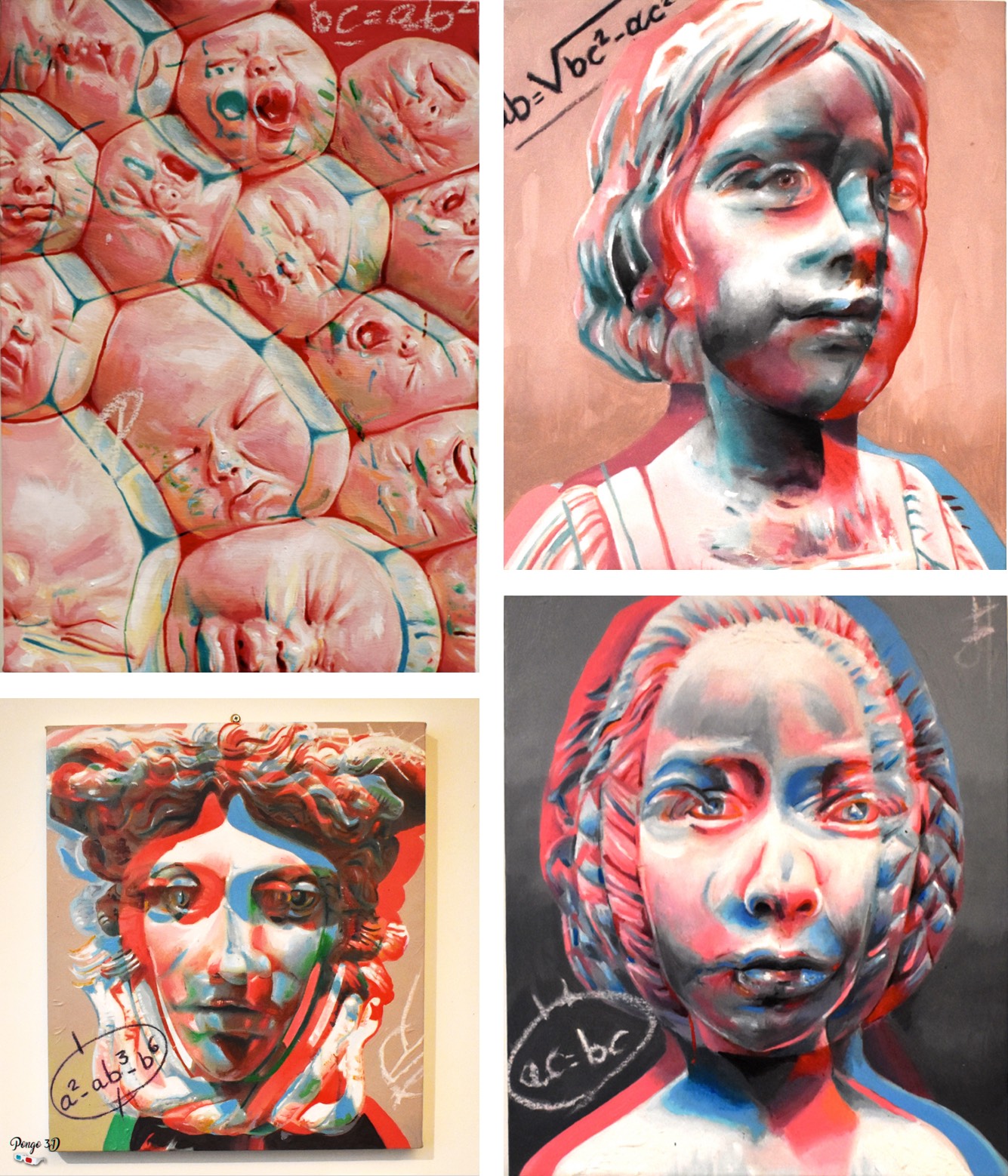 I have personally experienced the technique through attempts because it goes beyond the traditional technique and furthermore there is a different method between a wall, a canvas or a drawing; and it is constantly evolving. Mine is still an experimental path, a starting point where I don’t know if there will ever be an end.

In your opinion, when could an artist reach his artistic maturity? Can we say that it consists in being able to transform one’s artistic vision on a physical support, through one’s own original style? At what moment, do you think you have reached your artistic maturity?

Artistic maturity is a utopia. There is no artistic maturity, there is perhaps an awareness but I don’t think maturity will ever arrive. An example can be Picasso and his evolution. Let me better explain with another example: we all have concepts that we think are immutable; then for one reason or another they change. “I will never get married” and then it happens that they get married. “I will never do this ..” and promptly the opposite happens.

I could give many examples but the concept is simple, man is a flow that varies according to the external environment, internal experience and unpredictable factors. Considering that, there won’t be artists who say he is mature. 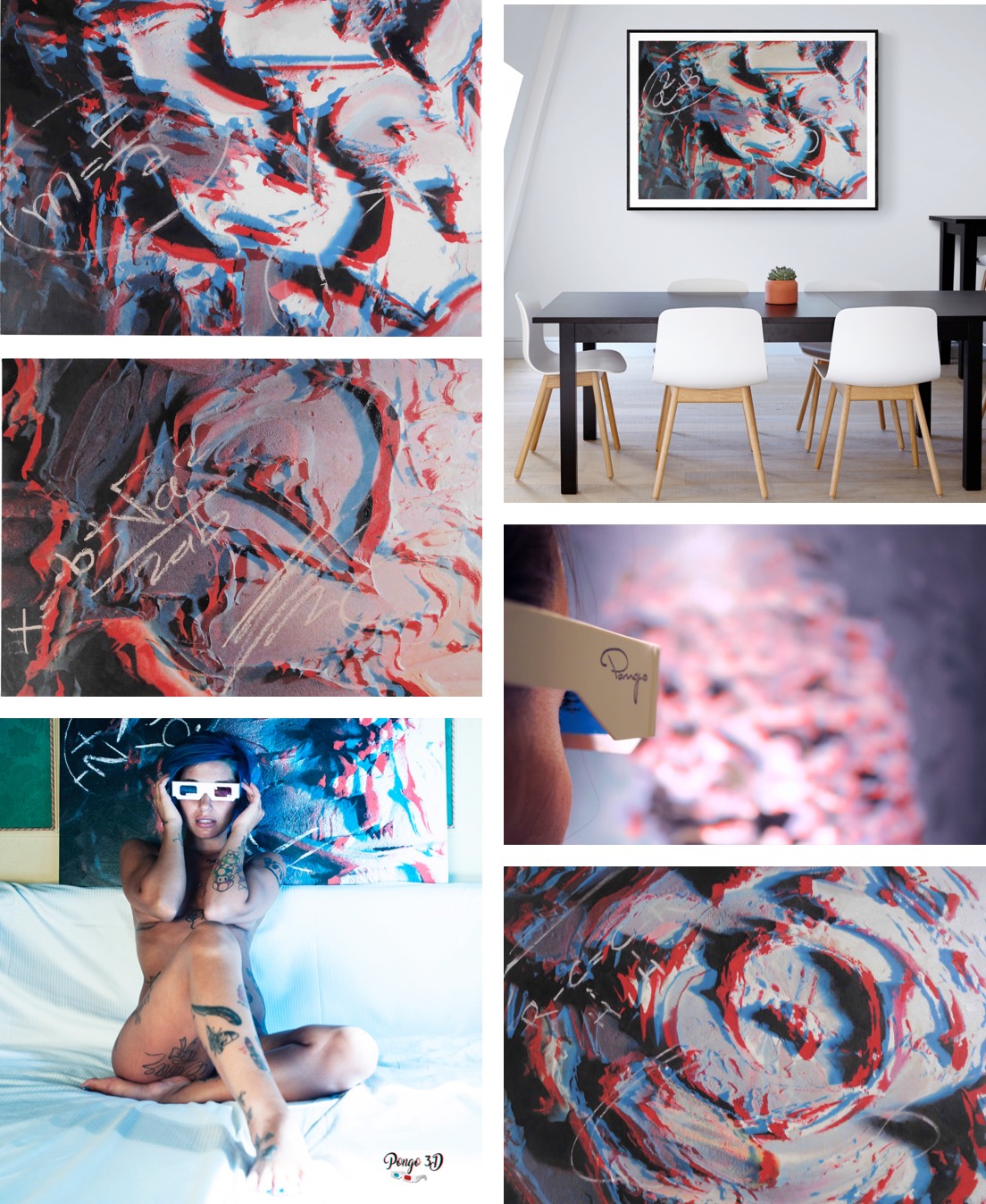 Do you get inspired by anyone or anything during your works?

I don’t have a precise reference honestly. I like many artists and in some cases I do a tribute dedicated to them. I always try to bring out something of my own and I try not to be influenced as much as possible. More than anything else I can reinterpret a subject. I love renaissance, pop art, satire, cartoons and wild style. I often try to mix everything based on the artistic address; if it’s a canvas I will move in one direction or if it’s a wall in another.

You are also a tattoo artist that has been able to use your style even with tattoos. In your opinion, what is the main difference between the works on skin compared to canvases or walls?

They are two completely different things both in terms of subjects and technique. The skin has its own rules compared to other supports as the skin is alive. So when I make a subject for a tattoo I have to take into account several factors: subject, skin, technique, client, etc.

The wall, on the other hand, can vary from plaster or structure but is totally different from the tattoo. The wall is there and it doesn’t move by the way. The same goes for canvases or drawings, each medium has its own different approach. 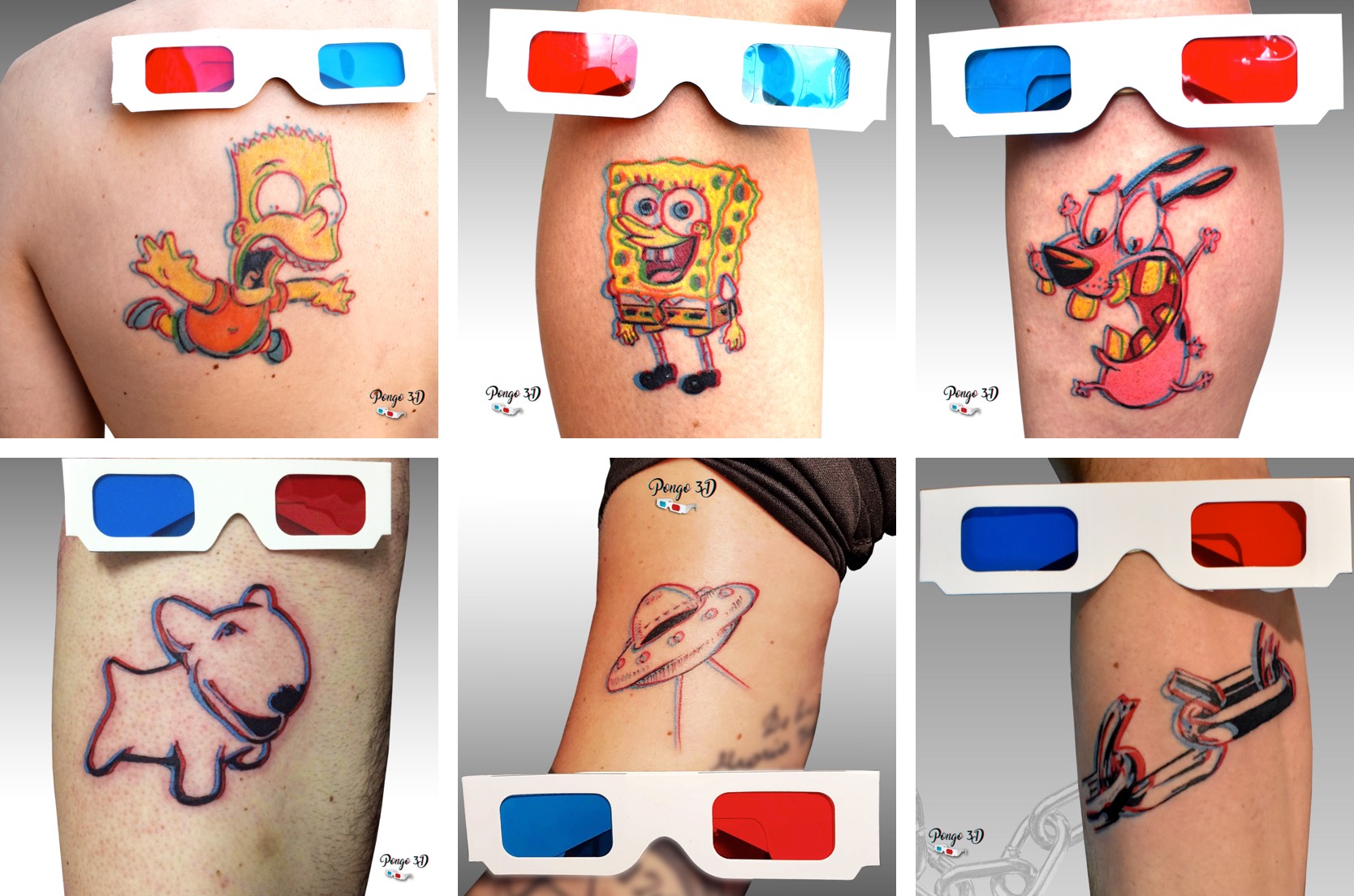 What are your latest works, projects or exhibitions? Have you ever gone abroad to exhibit your works in the past? What are your plans for the next few months?

During the pre-pandemic period, we organised an Affordable art fair for contemporary art that stopped for obvious reasons.
I also had some projects in the USA that are currently frozen. Let’s say that the pandemic blocked many sectors, including art.

In fact, previously, as you point out, I exhibited abroad with extremely positive feedback as many of my collectors live abroad.
Due to the period of restriction, I’m currently paying more attention to walls; while for tattoos I continue to work constantly in Milan and for the future I have no particular projects since everything is unpredictable. We’ll see what is in store for us! 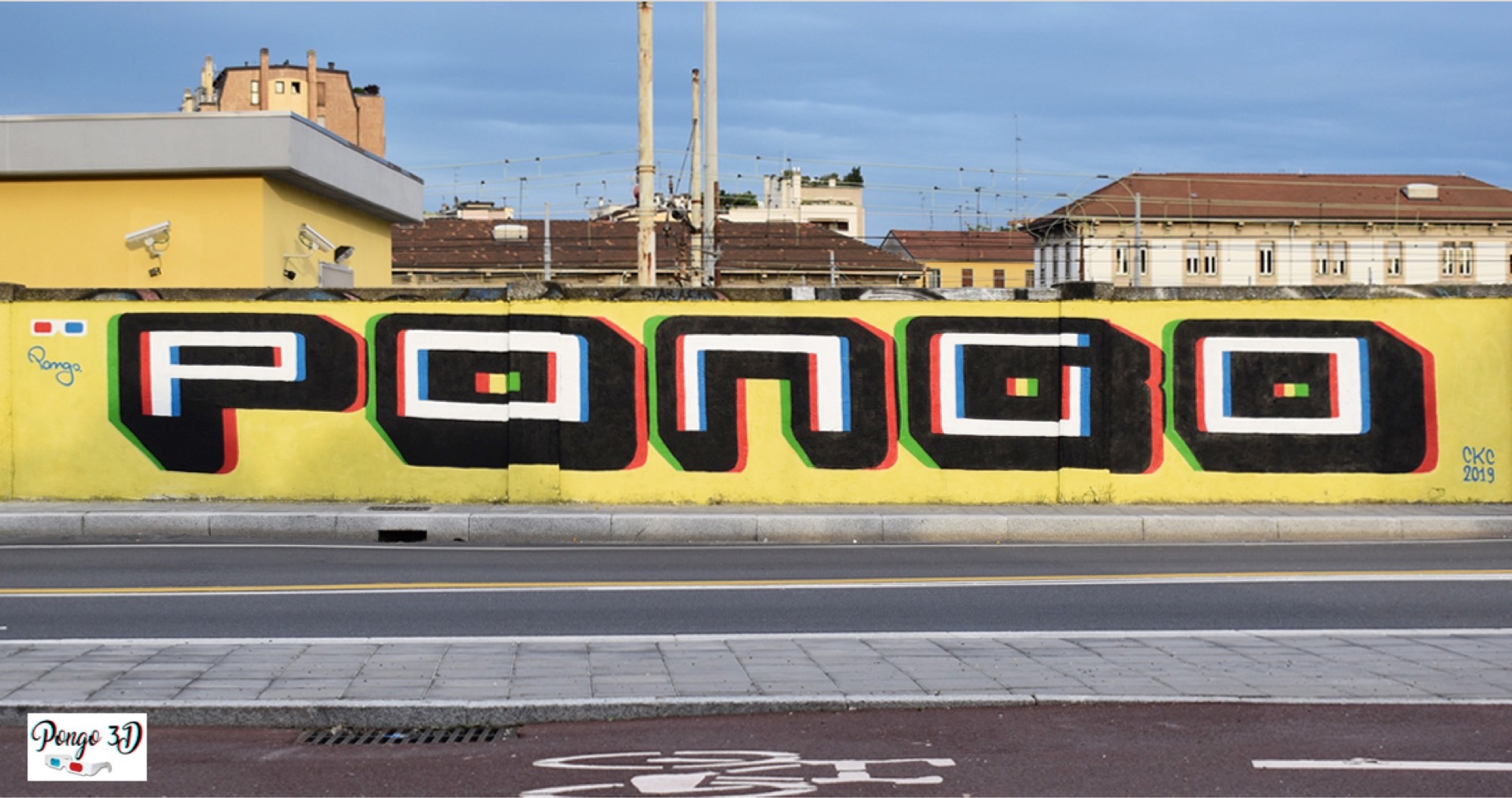