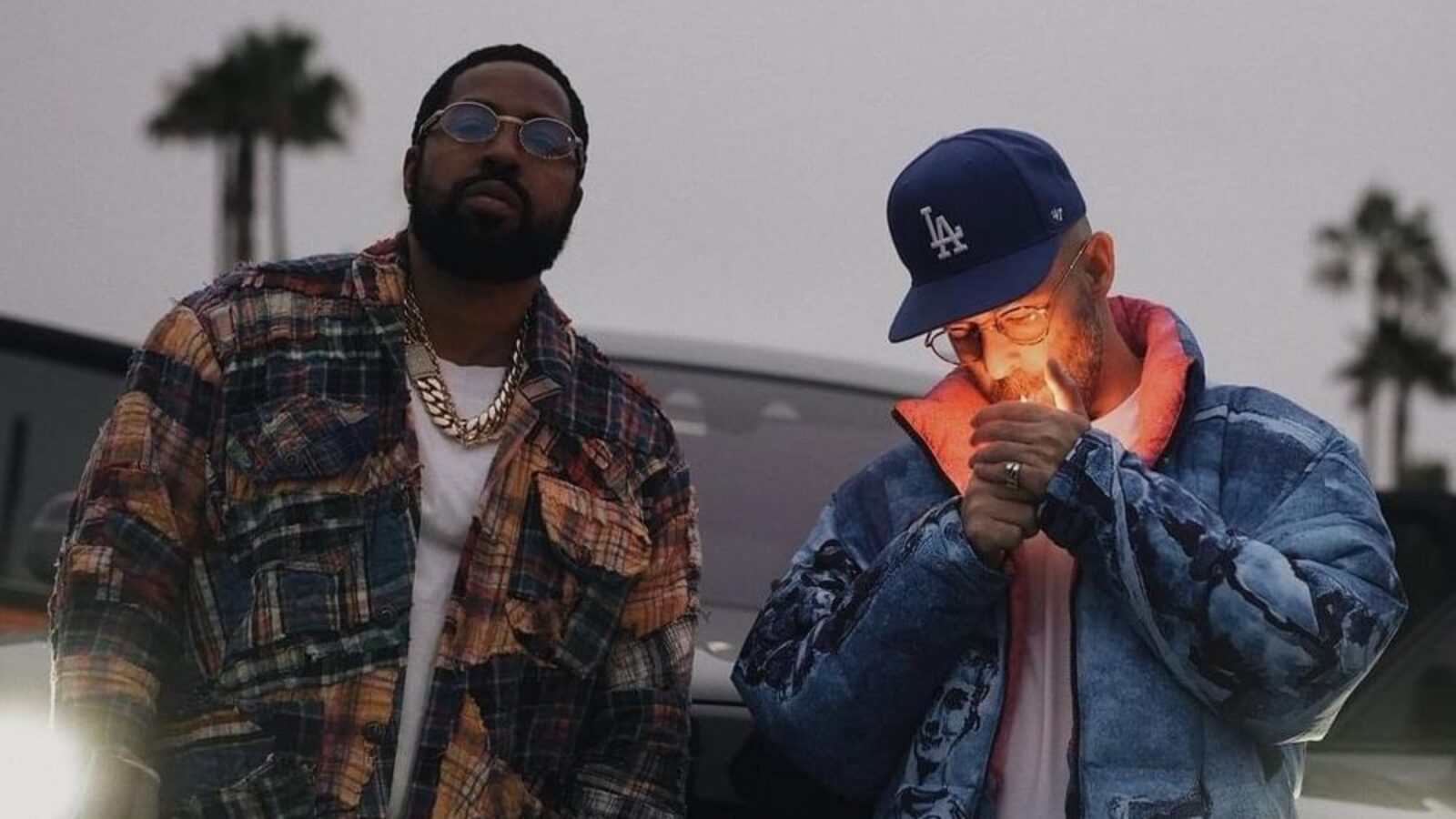 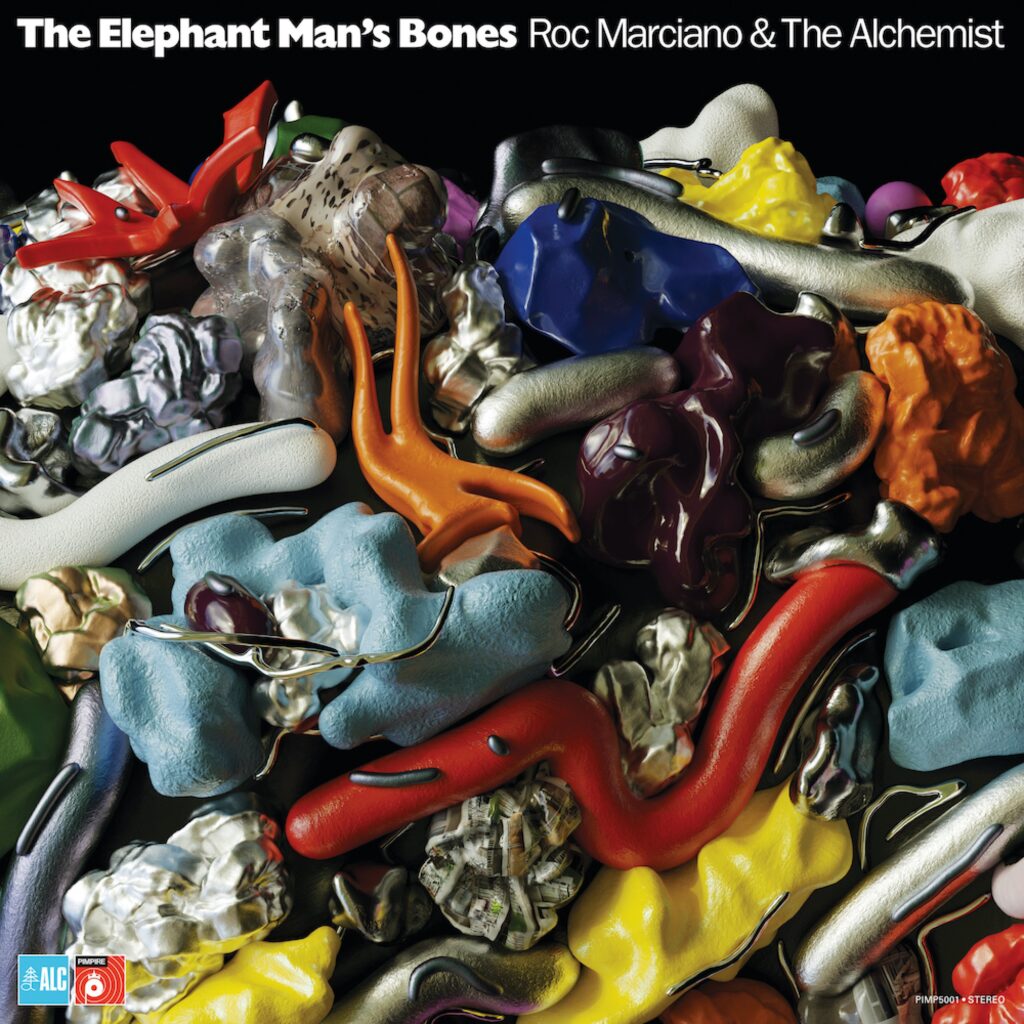 There is a Rap scene and then there is Roc Marciano and The Alchemist. Both in their sphere of competence, play a separate championship, where they have no competitors. They have earned their status thanks to the masterpieces they released over twenty-year careers. Now they handle their art like very few others and their artistic aesthetic, the way they conceive and realize Rap and produce music, is for extremely refined palates, outside any conventional or “already seen and heard” scheme. In the universe there is only one Roc Marciano and only one The Alchemist, you can’t even try to imitate their style, the result would be light years away. The legendary rapper from Hempstead – Long Island and the brilliant Californian producer, with already numerous collaborations in the past, have finally decided to give light to an full lenght work, synchronizing their visions and artistic vibrations. Listening to The Elephant Man’s Bones, the new album by Roc Marciano and The Alchemist is a bit like being in front of a work by Pollock: it may not please the common taste, you may not understand it, but you cannot fail to see the genius.

Listen to "The Elephant Man’s Bones" 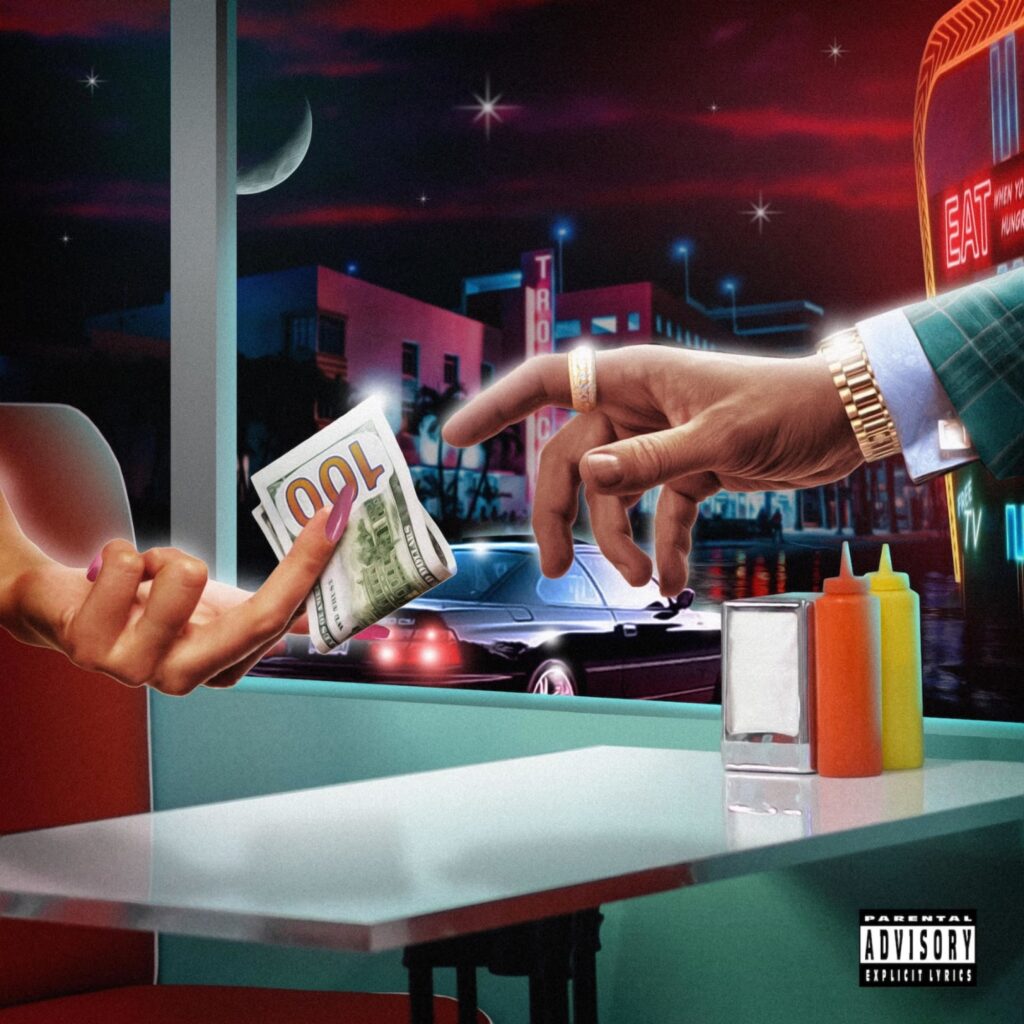 Summer is ending… but the new album by the rapper from Compton (Los Angeles), Jay Worthy, and the New York super-producer, Harry Fraud, will help us, without a doubt, to bring us the best summer vibes even along what’s left of the year, as if we too could ride by in a european coupè along the Venice Beach promenade or on Melrose Av. with the arms out the windows. The phenomenal beats of Harry Fraud, inspired by the 80’s Funk and R’n’B samples and breaks and accompanied by the relaxed flow of Jay Worthy crystallize the vibrations of the warm Los Angeles evenings, blowing a cool breeze on our sultry days and for the agitated thoughts of those returning from holidays (for those who were lucky enough to have them…). Jay Worthy, grandson of the legendary Freeway “Rick Ross” (the real one, not the MC of the same name), brings back the authentic G-Funk in a new millennium version, with healthy motivational Rap for gangsters who do not wave guns on social media, but collect their earnings, thanks to hustle & grind. You Take the Credit, We’ll Take the Check is already one of our favorite albums of the year.

Listen to "You Take the Credit, We’ll Take the Check" 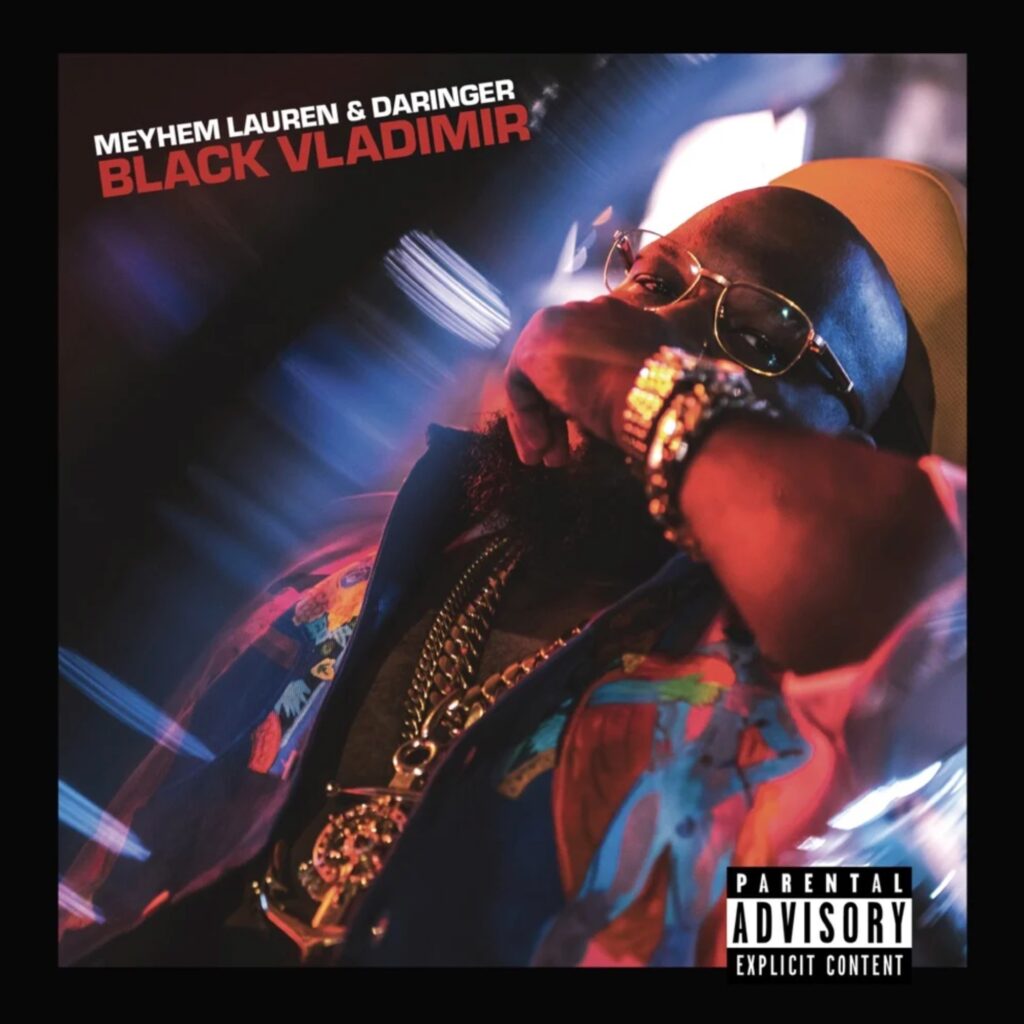 For months, if not a couple years, rumors have been circulating of a joint album between Meyhem Lauren, one of the leading MCs of the Big Apple underground Hip-Hop scene, and Daringer, producer of Griselda Records house who, although he always loves to keep a low profile, has had a leading role in the extraordinary ascent of the legendary label / group from Buffalo, NY. Finally, these rumors have materialized, giving us just what we would have expected from this lethal combo: the dark, cold and dusty loops made by Daringer constitute the ideal sound carpet for hardcore rap and killer bars of the Queens rapper, returning that raw Hip-Hop essence, typical of the streets of New York, today an increasingly rare commodity. 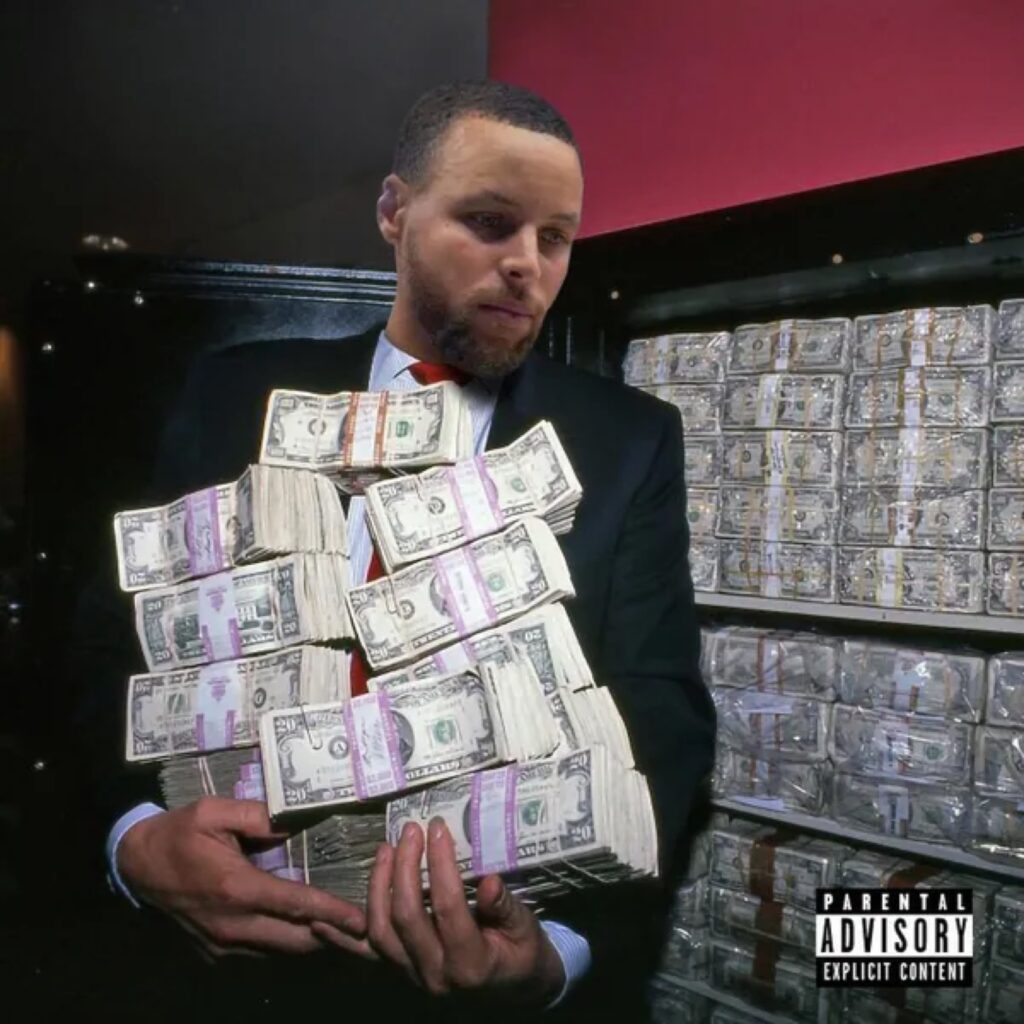 Before the advent of Hip-Hop, the culture and musical genre that had influenced and revolutionized American society in such a radical way, arising from the suffering and expressive need of the African-American people, was Jazz. The Afro Caribbean rhythms that arrived on the coasts of Louisiana and in New Orleans played a fundamental role in the creation of those sounds, which in the following decades filled the music halls of New York and around the world, delighting the white bourgeoisie. Listening not only to the beats and their samples, but above all to the flows of the protagonists of Dollar Menu 4, Mach-Hommy and Tha God Fahim, and the interpretation they make of Rap, we almost naturally got carried away on this mental trip. In fact, the two emcees, assisted in several songs also by the New York rapper of Ukrainian origins, Your Old Droog, make their voice flow on the beats as if it were a musical instrument, fitting words to the rhythm with incredible naturalness, as if they were improvising a solo of trumpet or drums. It is perhaps no coincidence that, in addition to having an out of the ordinary personality and an incredible artistic attitude ( the same of the Atlanta rapper, The God-Fahim) in the veins of Mach-Hommy, a native of Port- au-Prince, Haiti, the rhythms and influences of Afro-Caribbean origin that played a central role in the formation of the musical culture of Jazz, first, and then Hip-Hop, flow even more deeply rooted. You can, perhaps, get in tune with our journey, letting yourself be carried away by the rhymes and rhythms of Dollar Menu 4 too. 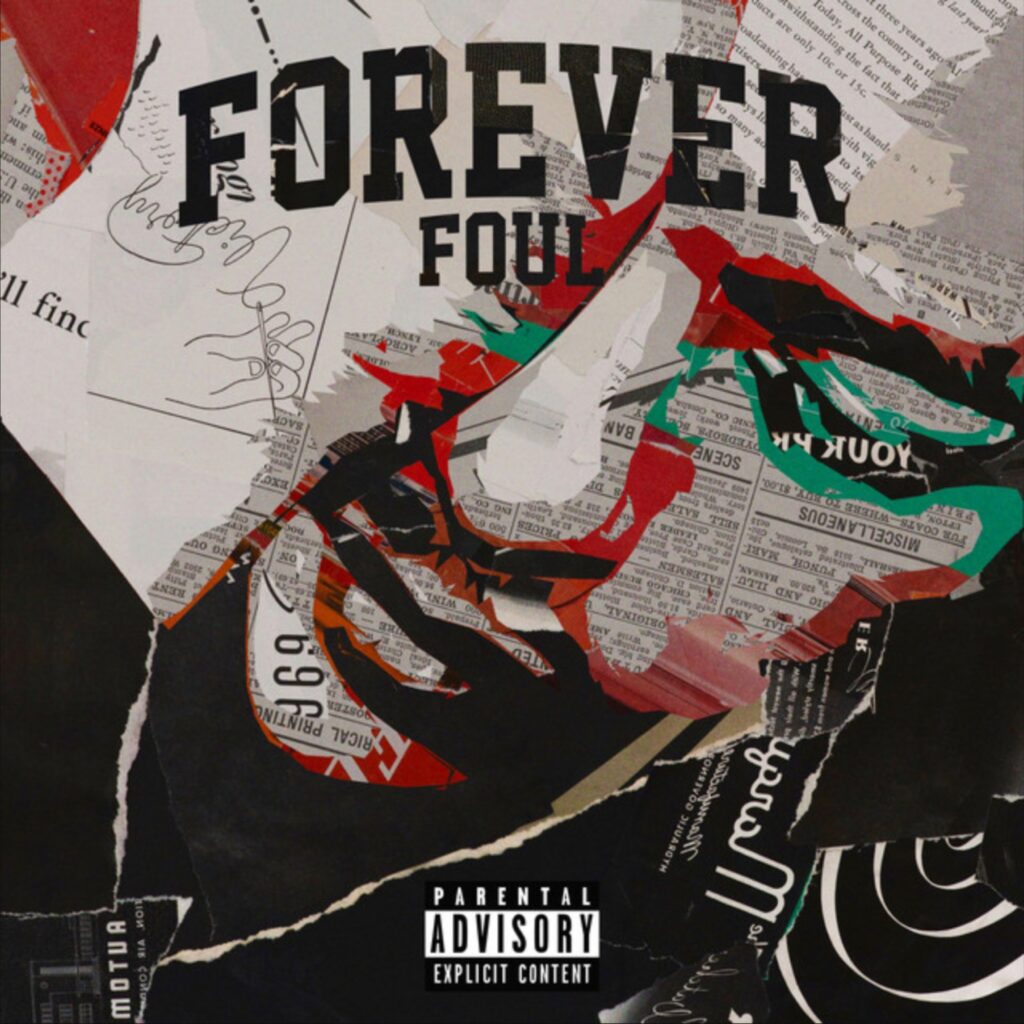 The new phenomenon of the underground on which to focus your eyes carefully today is called Umbrella Collective. Collective, movement, crew or an independent record label, call it what you want, but from every point of view observe the energies that emanate, or the musical aesthetics and strategic vision that the members of this formation are pursuing with resilience, almost military, you will notice how Umbrella is slowly gaining more and more ground and consistency in the American underground scenario. One of the lethal weapons available to this “cartel” of MCs is definitely Pro Dillinger. The firepower of the voice, coupled with the coldness of his rhymes, make this NY area rapper one of the most dangerous individuals with a microphone in the hands at the moment. His latest work Forever Foul is just a taste of his potential. 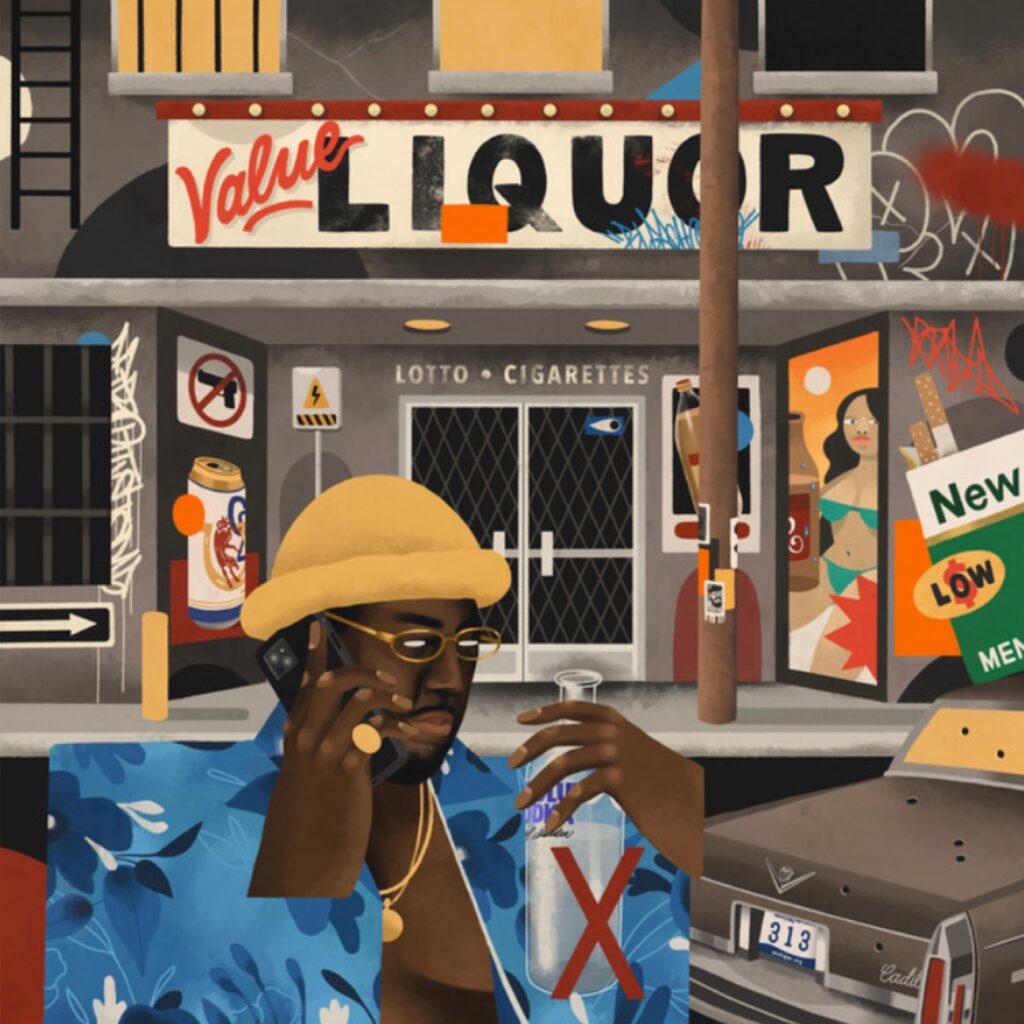 No Liquor Before 12 Mickey Diamond

The Umbrella Collective, this month, scores a double in our column thanks to “No Liquor Before 12″, the latest project by one of the most enigmatic and charismatic exponents of this cell of microphone terrorists, Mickey Diamond. The Detroit rapper, endowed with an immediately recognizable vocal timbre, chops rhymes with an almost intimidating coolness, capable of making you perceive the atmosphere of the gray streets of Detroit, over the excellent beats selected for this project, exchanging some sparring blows with some of the most valid emcees of the current underground scene.

Listen to "No Liquor Before 12" 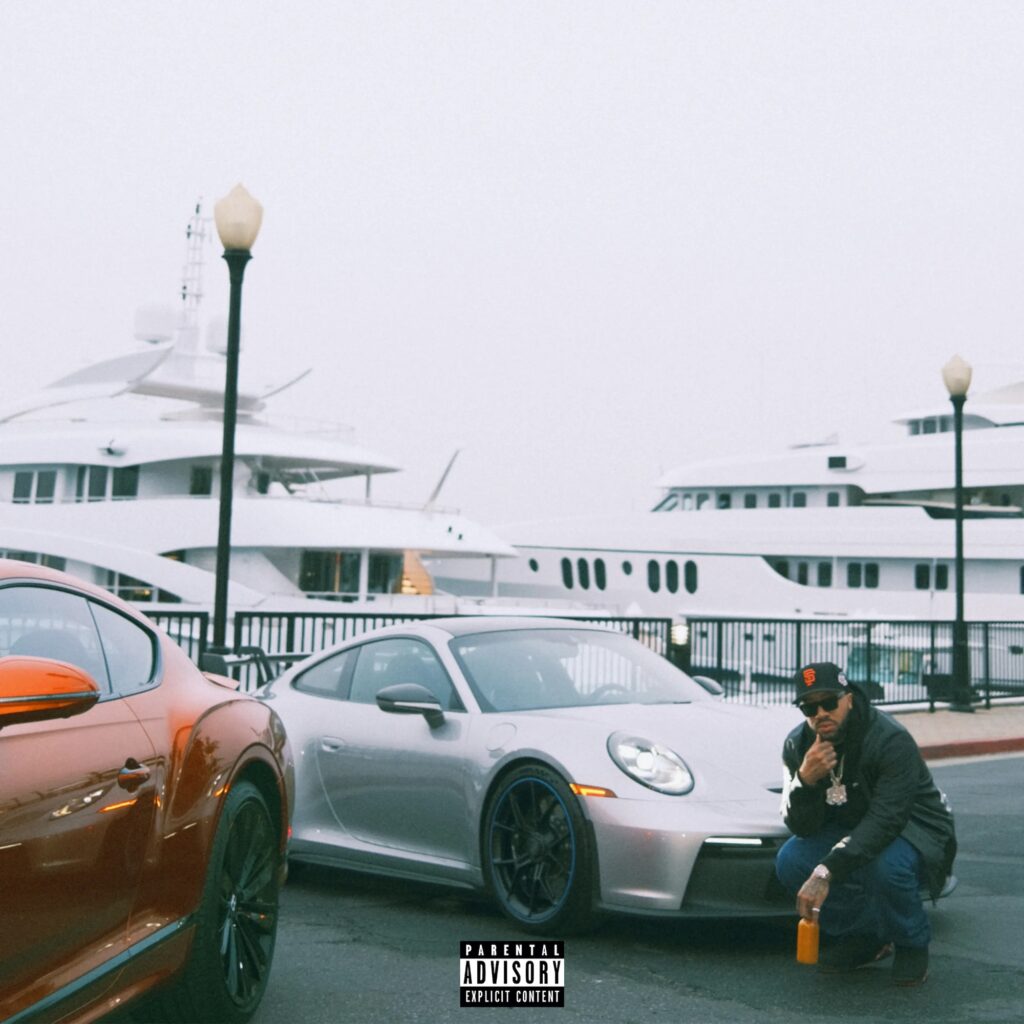 Spaceships on the Blade Larry June

Our regular readers already know that San Francisco rapper Larry June is often one of our favorite artists. If you are looking for good vibes, great productions with a Californian funk flavor and some advice on how to best enjoy your life, even financially, all declined with a calm and hypnotic flow, this new album by Larry June will absolutely do it for you too. Spaceships On The Blade is a must have for the last days of the summer and, once again, the San Francisco rapper will put us in difficulty in drawing up  the “end of the year” rankings, with another exceptional album, between contagious ad-libs and a selection of 5-star productions, which again demonstrate how Larry June is gifted with a superfine musical ear. We must underline the collaborations within the album with The Alchemist and 2Chainz, as well as the usual Curren$y’s one. “Ye-Ye!”

Listen to "Spaceships on the Blade" 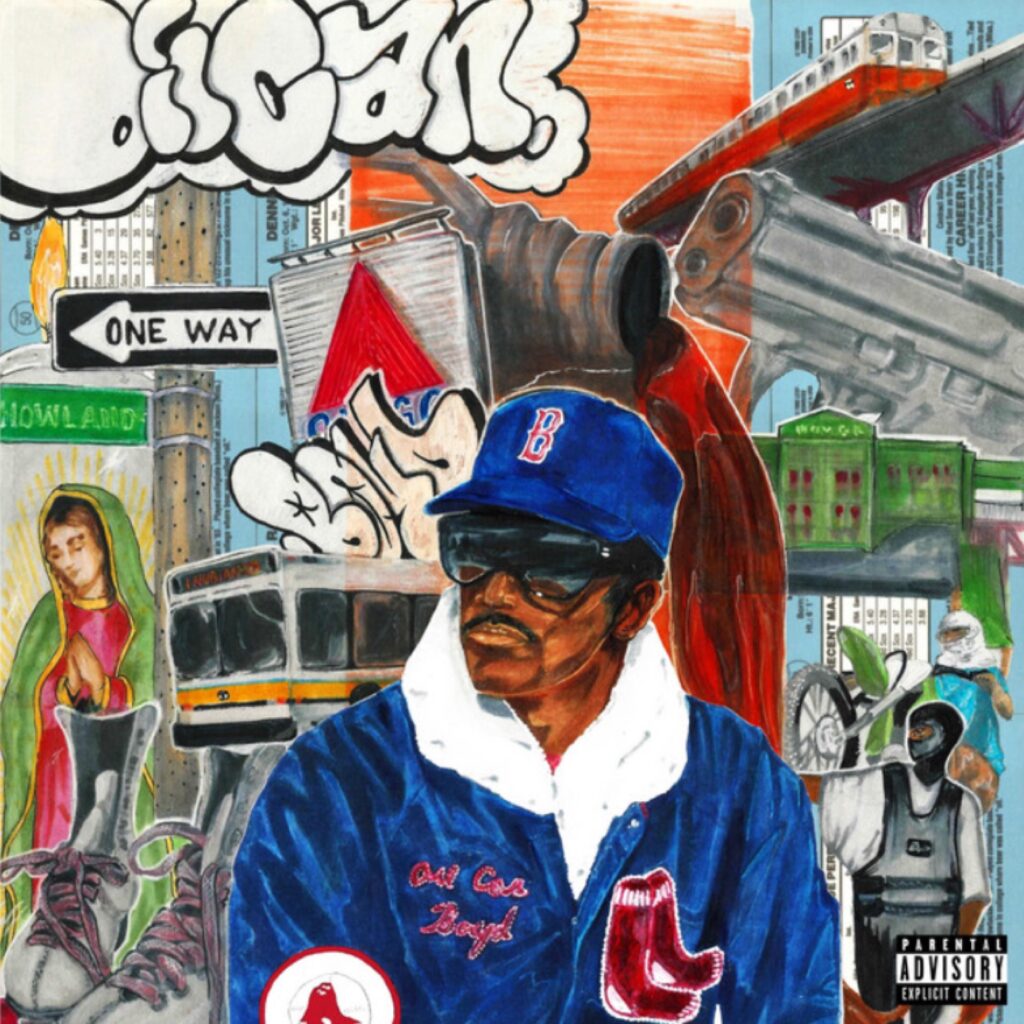 We have already told you how one of the epicenters of the underground scene movement on the U.S. East Coast has undoubtedly become Boston, Massachusetts. Estee Nack, Al.Divino, MichaelAngelo, Primo Profit, for example, are just some of the rappers and producers protagonists of this lively scene…  Another name you would like to note and keep in mind is that of Grubby Pawz, producer who, not to chance, he often and willingly collaborates with people of the caliber of Al.Divino and Estee Nack for example. For this new project, entitled “Oil Can“, Grubby Pawz prepares, with his always excellent beats, the background and the canvas for the rough and full-bodied brushstrokes of another very valid Boston MC (precisely coming from the Dorchester area), of which we hope to hear new projects soon, called SPNDA.

Listen to "OIL CAN"
0 comments