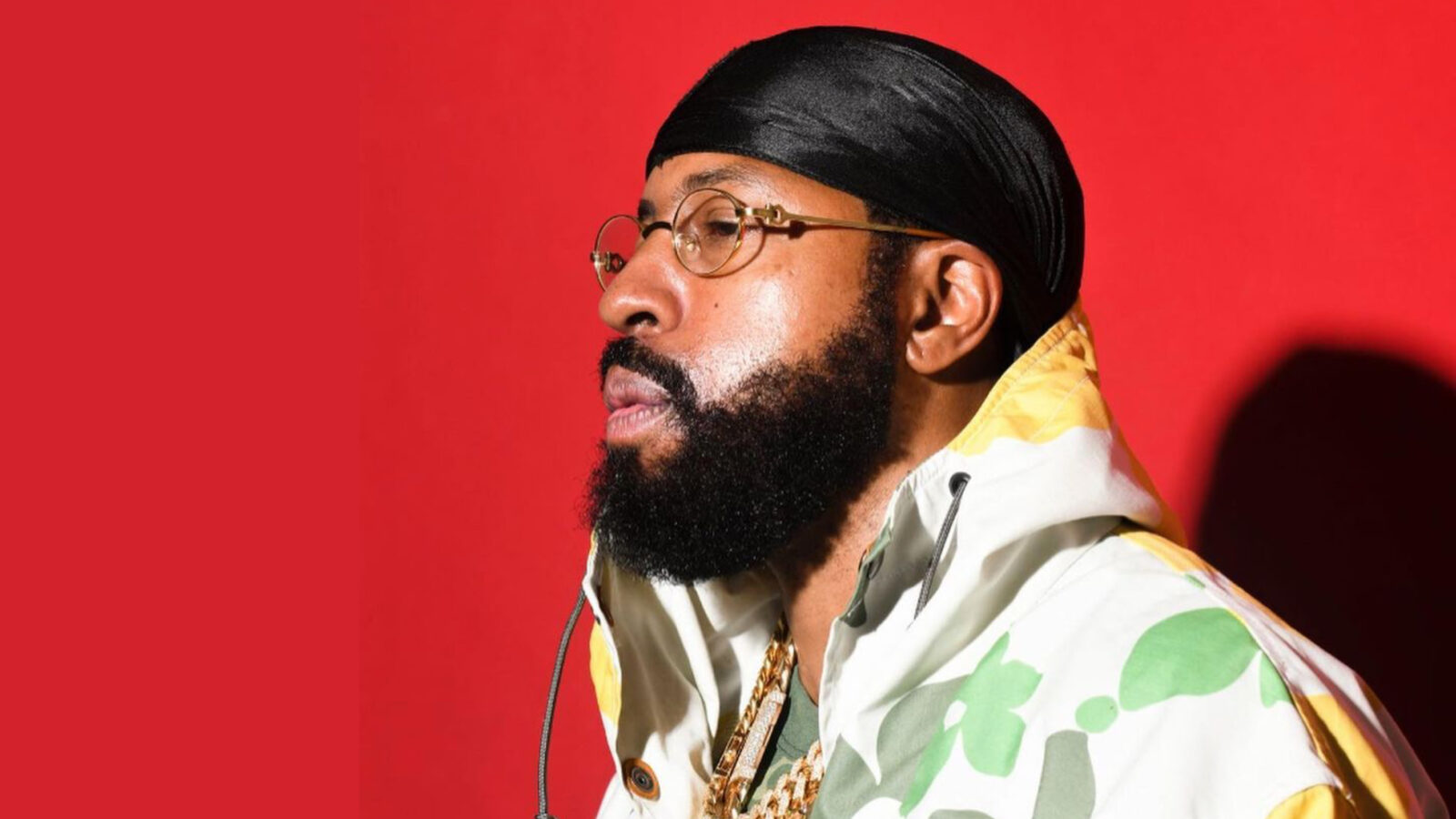 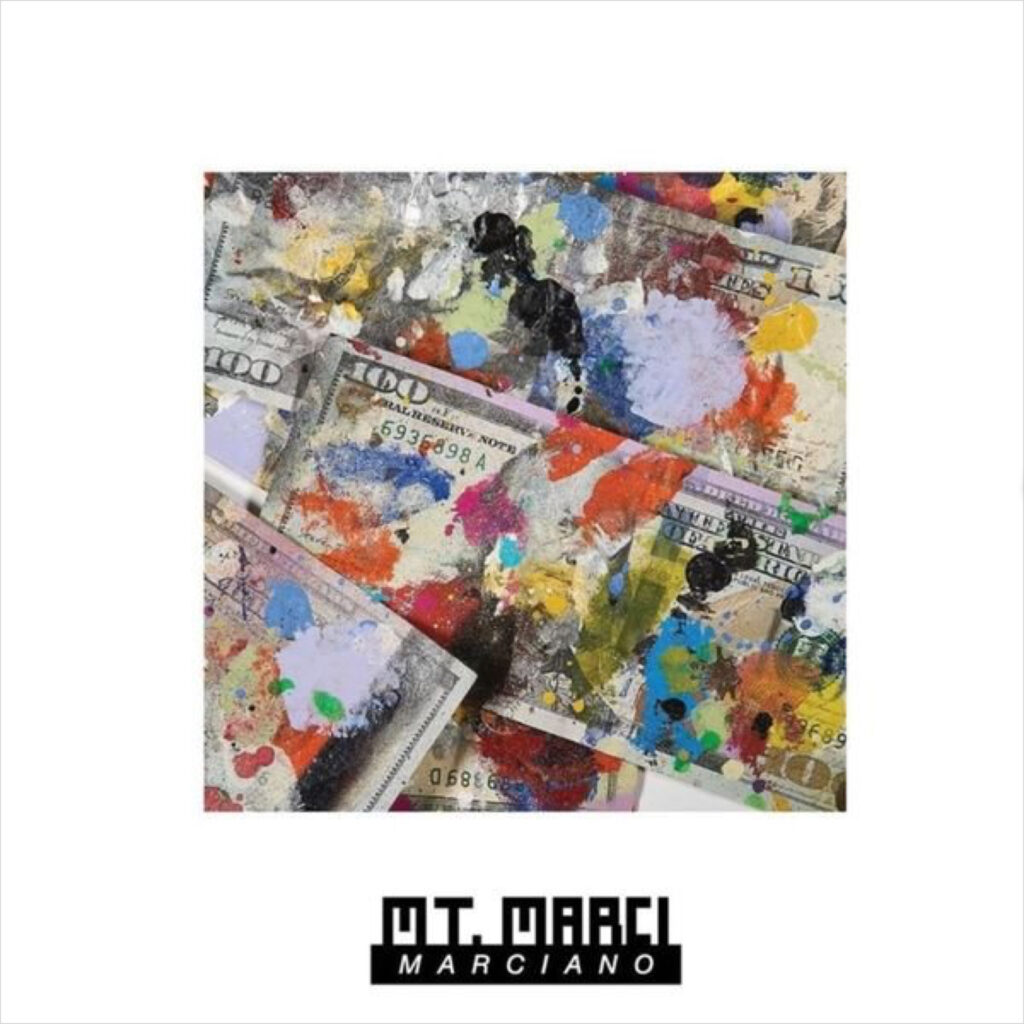 During the last couple of years, the US hip hop panorama has undergone a series of aftershocks that deeply changed its conformation. Underground eruptions have broken the dullness of the music industry by reshaping the musical landscape and giving birth to monumental monoliths such as Griselda and other similar acts…Before this epochal change came about, only one solitary pinnacle was visible in the surrounding musical desert, a peak which was strongly connected to the magma pools bubbling underground. This is the closest possible analogy we can make to describe Mount Marci, Roc Marciano’s latest album. The Hempstead, Long Island MC is undoubtedly the most solid and visible pinnacle of the american underground Hip Hop movement. A series of other mountain ranges have developed around this imposing mountain, which also represents the epicentre of the earthquake that caused all the shock waves which have recently remodeled the hip hop scene. When Roc Marciano erupts, usually close to the year’s end, everyone falls back and takes notes. Roc Marciano is also deeply innovative in his sales strategy. In utter contempt of fast food music and streaming services, if you want to admire the exclusive view from the mount Olympus of rap you must support the artist in the most direct way, bypassing the middlemen, be it for a digital download or physical copy. So if you want to stream this album you will have to wait a little bit longer than usual.

( P.S. it is now available on all digital platforms) 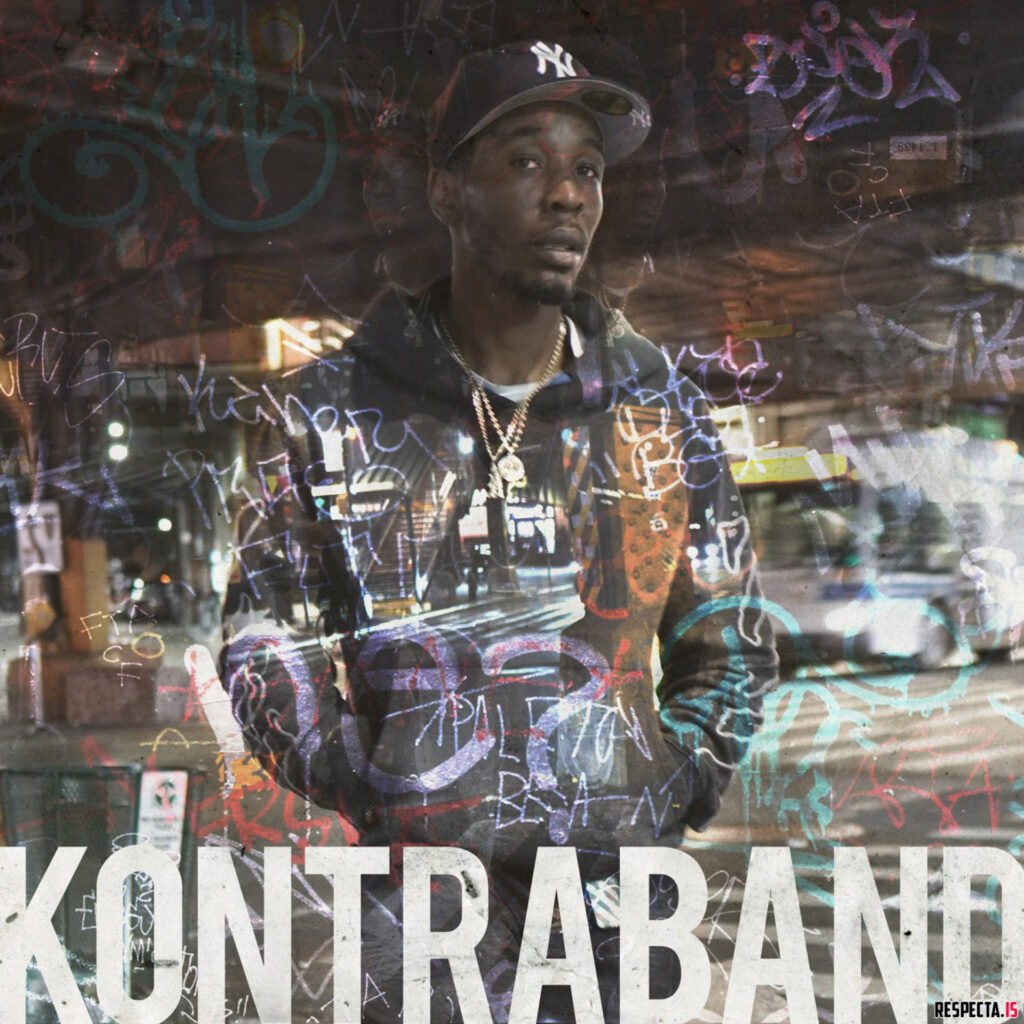 If like us you need a daily dose of hardcore rap, street rhymes with no gimmicks, raw and classic sounding beats, able to take you on a ride through the darkest tunnels and corners of your hood, then “Kontraband” is made for you.  The New York native MC Rome Streetz once again sets out to confirm his narrative talent and always seems to put his rhymes together with uncanny ease. He is honest about his past as a drug pusher and manages to project this imagery impeccably: all types of drug paraphanalia lying around, junkies calling for a fix at any time of the day or night, prostitutes hanging on the sidewalk waiting for punters. The soundtrack for this dark and violent movie is provided by Farma Beats, one of the dopest UK producers on the scene. Once you press play you will find yourself immediately catapulted into a “hardboiled” movie filmed on New York’s darkest and dirtiest streets. 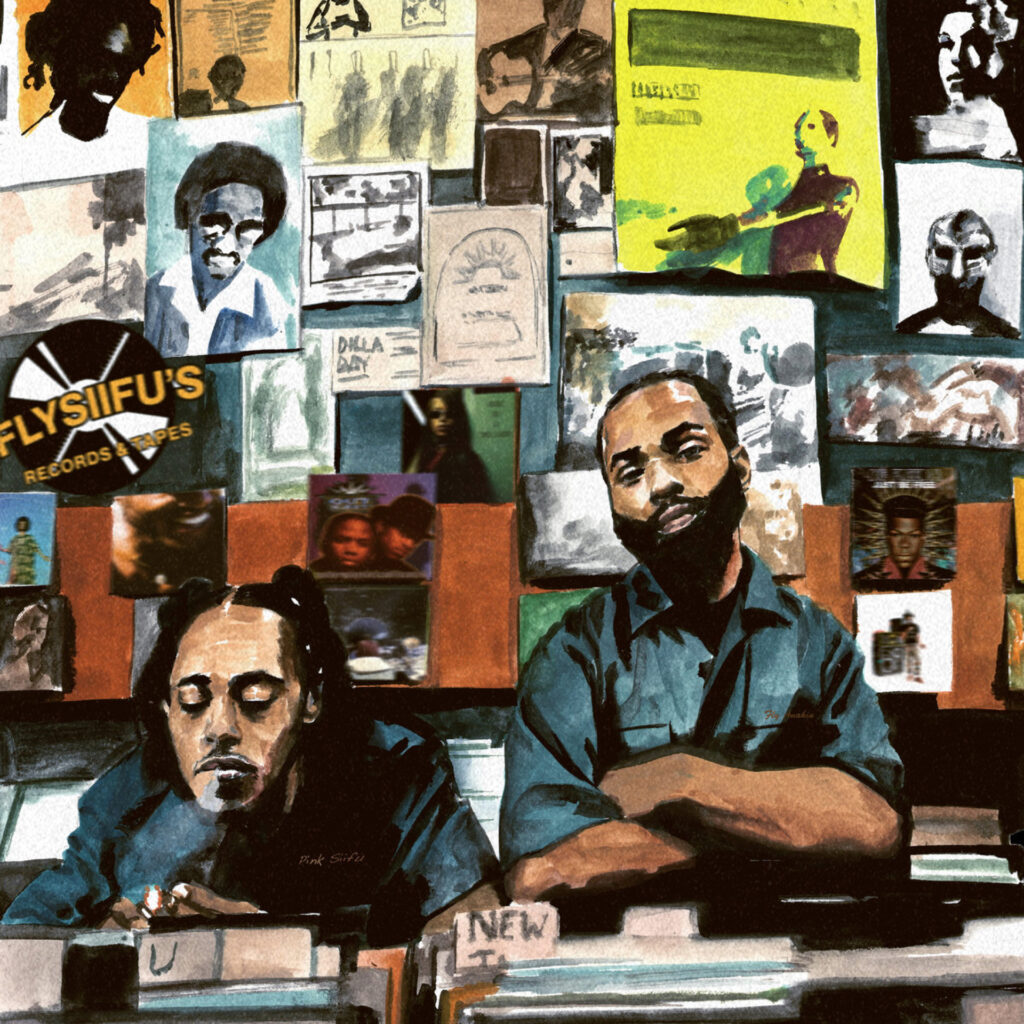 The match between Alabama native Pink Siifu and Fly Anakin, an MC hailing from Virginia and a member of the incredibly dope Mutant Academy crew, could only result in something extremely creative, eccentric and original. Both artists bring their own unique styles to the table and manage to blend them together perfectly in this new album which is aptly titled FlySiifu. This exceptional fusion exalts the talent and peculiarities of both MC’s who have the ability to use their voices as if they were an integral part of the beautiful jazz – funk instrumentals composed by some of the underground’s best producers among which Madlib, Animoss, Greymatter, Ohbliv, Budgie and Jay Versace. The resulting soundscape united with the creative artistry of Fly Anakin and Pink Siifu, who rap with intelligence and irony, make FlySiifu one of the most interesting and original drops this year. 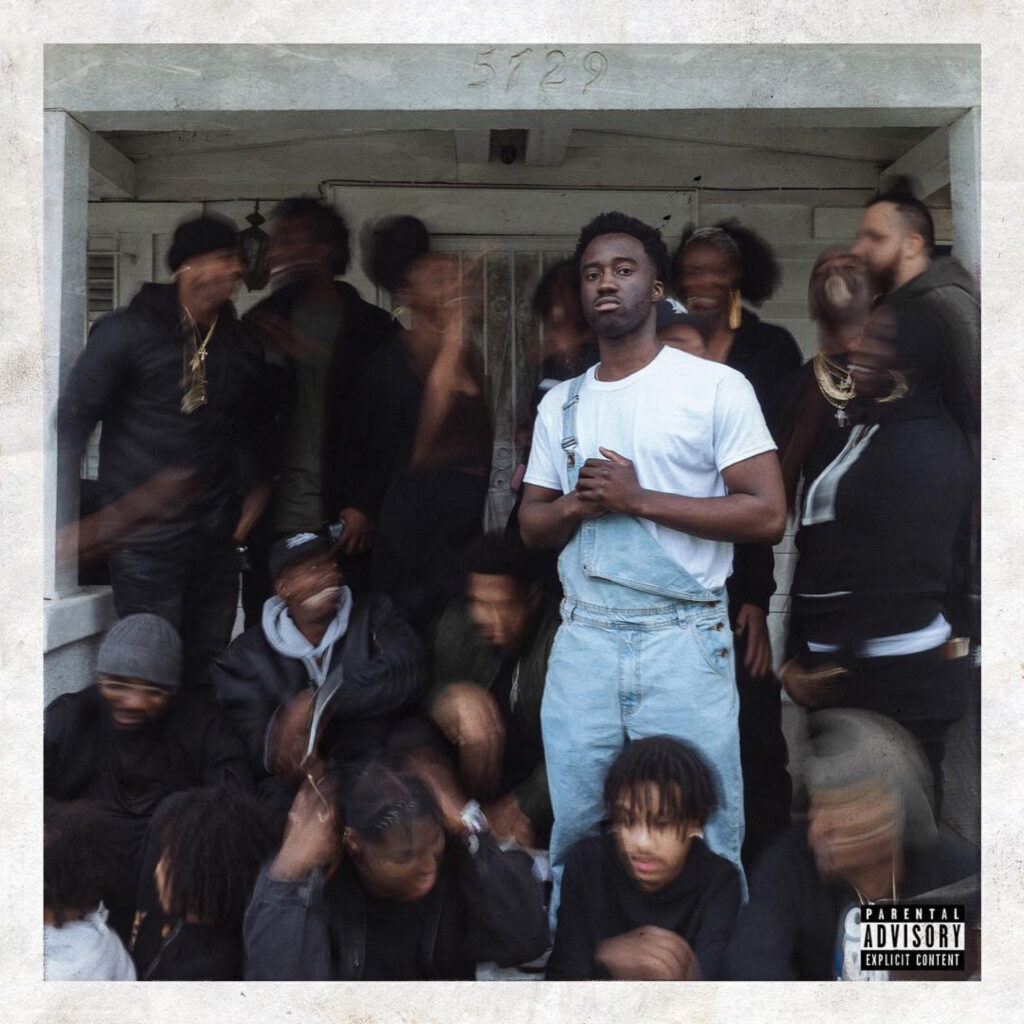 The public image of neighbourhoods like Crenshaw – Compton ( Los Angeles) is often unfortunately tainted by negative events and bad press. These areas, famous for being impoverished and dangerous, gang infested and for the death of their community leaders like Nipsey, generate large numbers of clicks and views with these negative headlines. However, there is a very different reality and message being conveyed by Nana in his debut album titled “Save Yourself”. This up and coming rapper who has lived in Compton every day since his birth, gives us a different perspective on his surroundings and everyday life, not simply the usual  gangbangin’stereotype we have been accustomed to. Nana raps with honesty and transparency about his ordinary life, trying to find his way in this world despite the many contradictions he witnesses daily in his hood such as: unemployment, police brutality, dead homies, violence and drugs. Nana paints a clear picture of the hood’s true values which seem to be completely opposed to the common insecurities and daily problems that kids face in this environment, searching for a way out through music.

Listen to "Save Yourself" 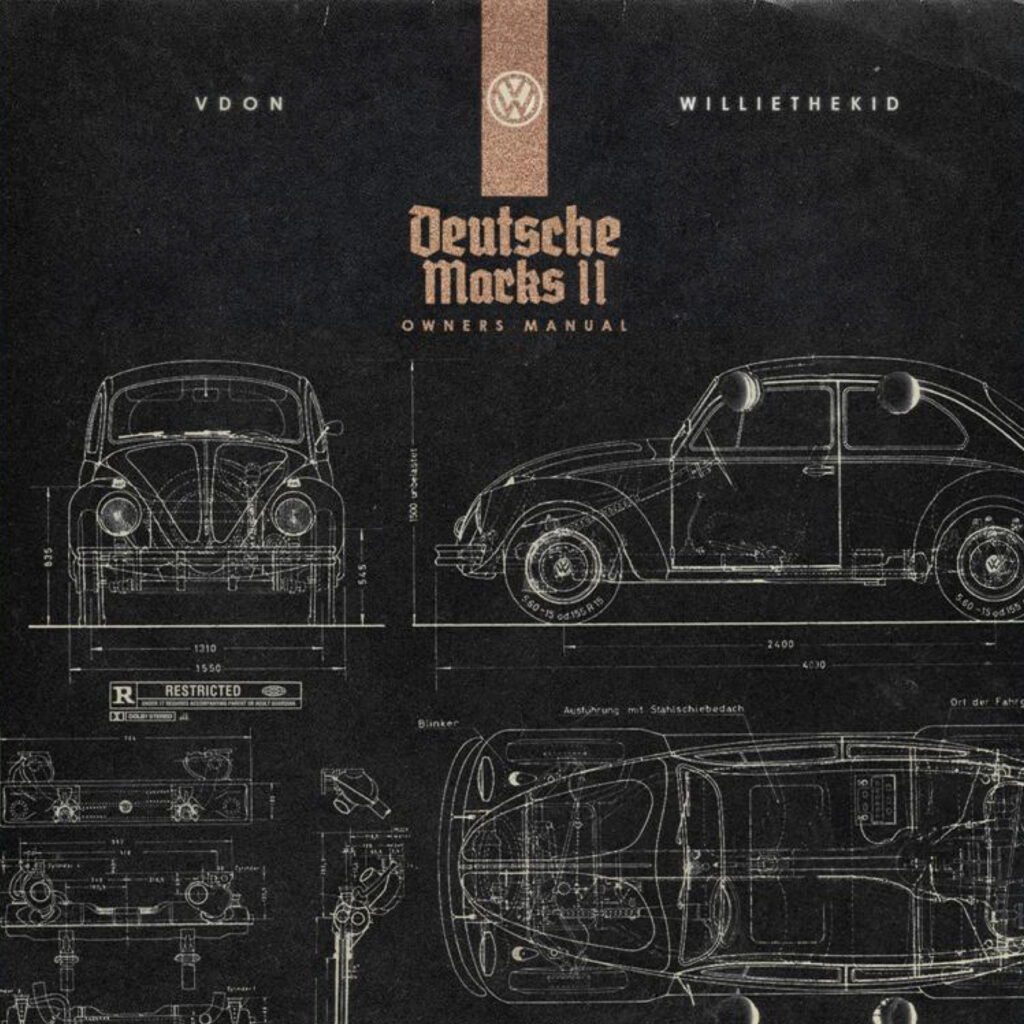 V-Don is without a doubt the most criminally underrated beatmaker in the US Hip Hop scene. The name of this producer, in his thirties, from Harlem New York is written all over countless street bangers recorded by the big apple’s finest MCs. Born in a musical family (as his father was a local DJ) V-Don soon developed his own trademark sound, wether sample based or not, and has since proven his incredible talent and dedication over and over again. In Deutsche Mark 2 he revives the winning combination with dope Michigan MC WIllie The Kid, who always seems to be particularly inspired when rapping over V-Don instrumentals. Whenever these two cats collab they put together a classic and long lasting product with the dependability of German cars or currency. 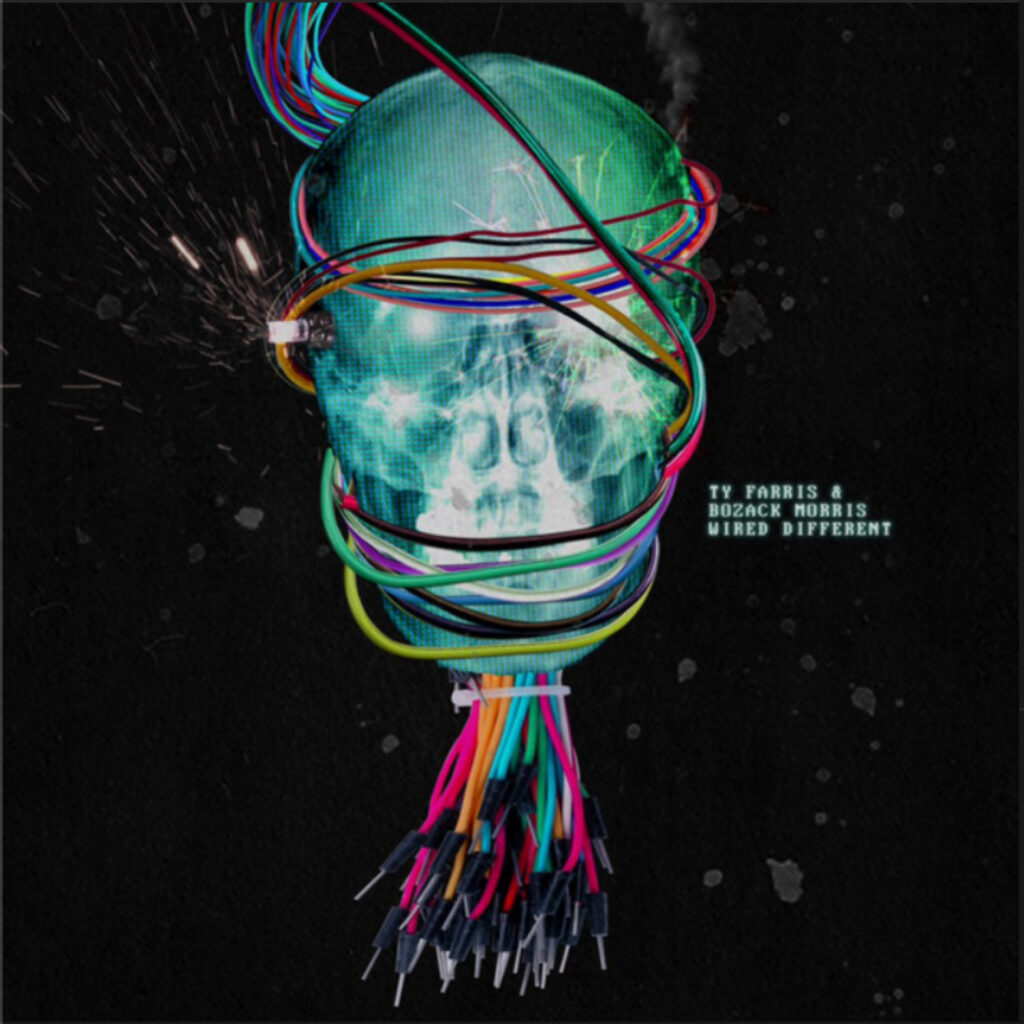 Ty Farris has been living Hip Hop in the flesh for over a decade in the Detroit underground, among the motor city’s streets and freestyle battles. He has the talent, experience and street credibility that many rappers in the limelight can only dream of. He comes from an era in which you had to fight for what you represented and for your beliefs, whereas, this new environment, in which fast food music is king and values are cheap commodities, just isn’t his natural habitat. He seems to be cut from a different cloth. However, ever since the new underground wave has taken hold in the United States and freed artists from the dictatorial policies of the record labels, enabling musicians to access their fan base directly, lyricists like Ty Farris have finally managed to create their own market niche without having any sponsors or cosigns. After dropping excellent projects at the beginning of the year such as  “No Cosign”, “Just Cocaine 3” and the ep “Road Of a Warrior”, he returns with an album entirely produced by Bozack Morris, dope producer from Toronto, Canada. These two cats are simply “Wired Different”. 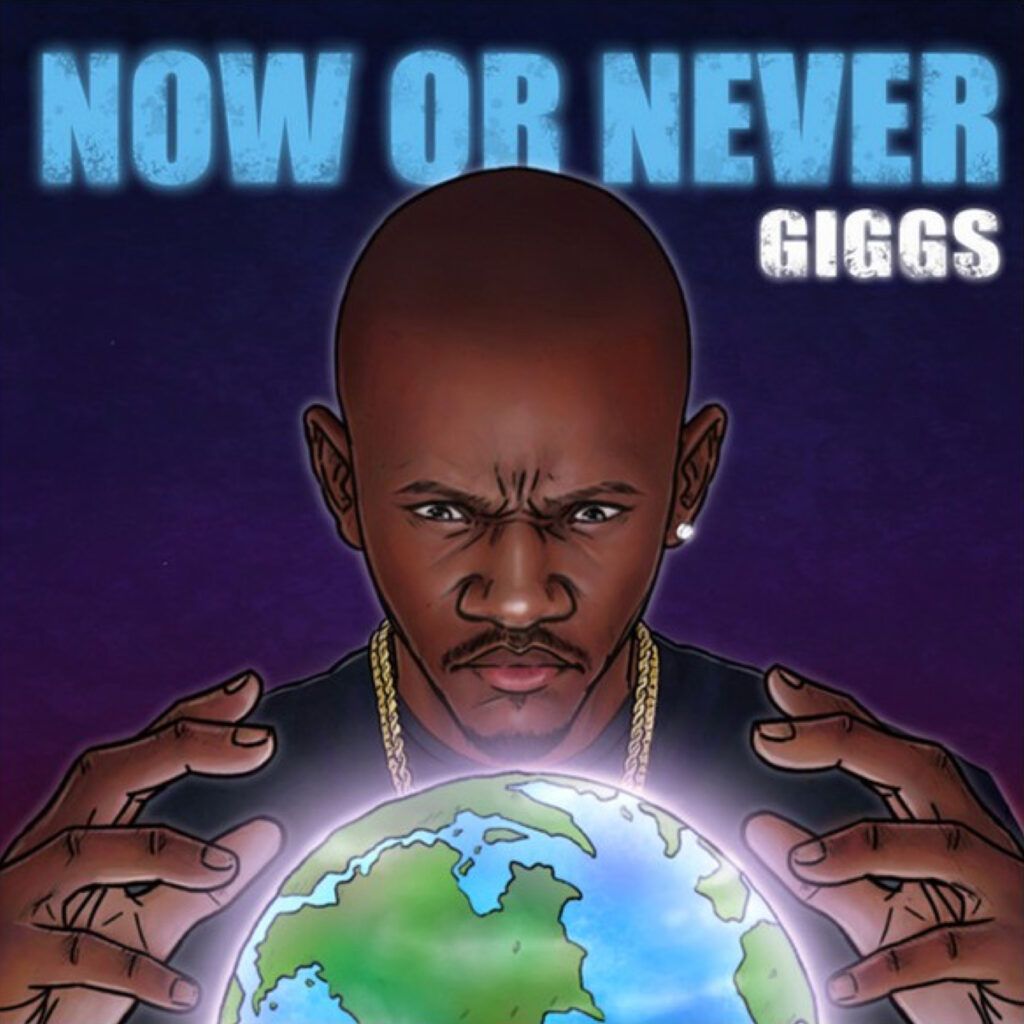 Giggs is certainly among the most important artists to come out of the UK in the last 15 years. He is a trendsetter with a long list of hits under his belt. A Peckham native with Jamaican origins, Giggs brought his trademark voice and cadence to the top of the charts without ever turning his back on the South London streets he grew up in. “Now or Never” is the much awaited return of this british “gangster and gentleman”. This mixtape covers a wide variety of sounds with its 16 tracks: from drill to dancehall tunes and club friendly bangers without ever losing his identity or lowering his high standards. There are quite a few features on the project, among which A-Boogie Wit da Hoodie, Jorja Smith, jamaican singer Demarco and fellow brit Dave. All of them play a secondary role without ever dimming the shine of the Peckham rapper. Giggs proves himself to be a monumental figure in the UK rap scene once again thanks to this banging mixtape filled with dope production, heavy-hitting bars and “big chunes”  .

Listen to "Now Or Never" 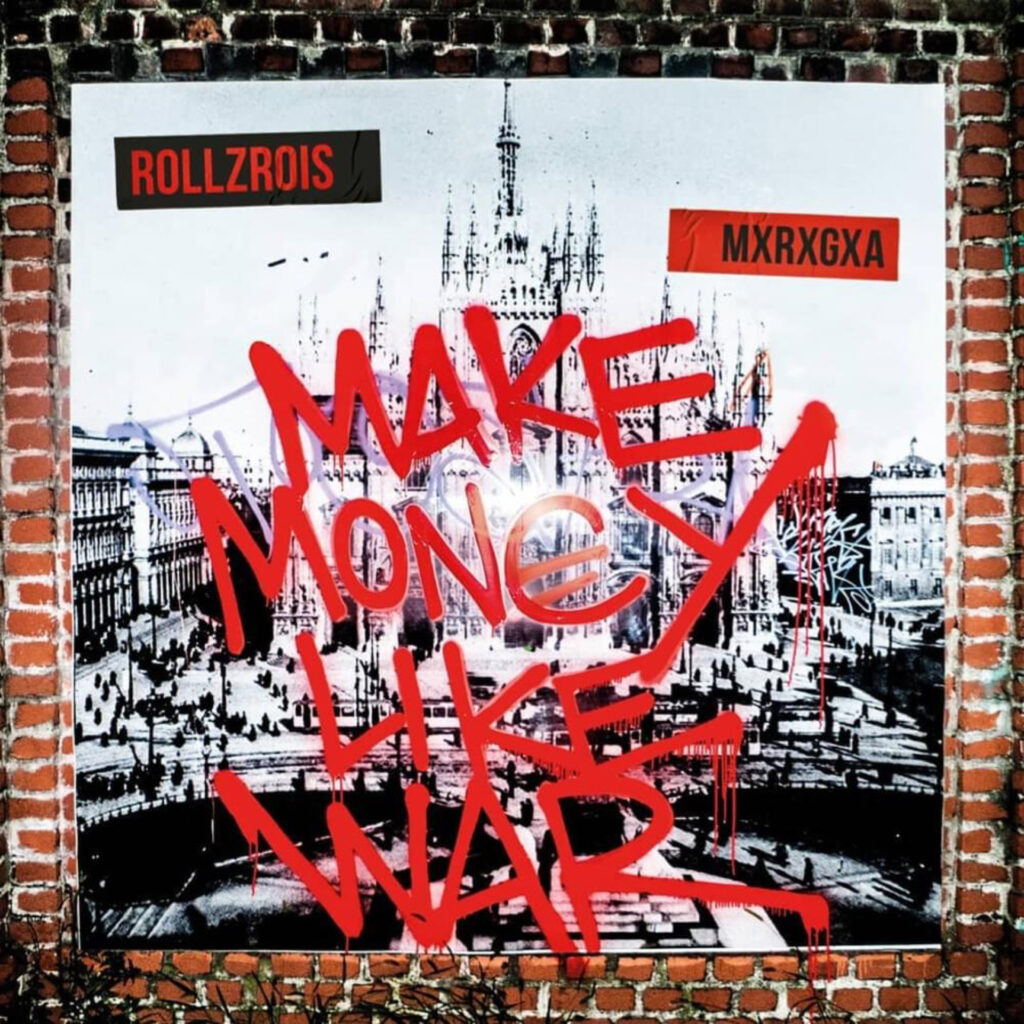 If you are sick and tired of todays “microwavable” commercial Italian rap music that always sounds the same with repetitive flows and content, you will be glad to know that we are now witnessing an underground rap reneissance in the boot as well! Much of the credit for this process is due to Gionni Gioielli and the M.R.G.A collective who anticipated the change in taste of many listeners who were, by now, tired of the pre-packaged, corny and even trashy sounds that the music industry graced us with in the years passed.

The main condition for the return of raw Hip Hop in Italy was always the discovery of a fresh sounding, competent MC. There are quite a few names in the scene at the moment who could fit this description, but Rollz Rois, a young rapper from Milan, seems to stand out among the rest because of his writing skills and dope flows. His debut album “Make Money Like War”, released under the M.R.G.A banner, is like a breath of fresh air for the Italian rap scene and could possibly reconnect listeners who had previously lost all interest in the genre. We sincerely hope that young talented MCs like Rollz Rois and Armani Doc  will manage to give the rap game more balance and increase respect for this thing called Hip Hop.