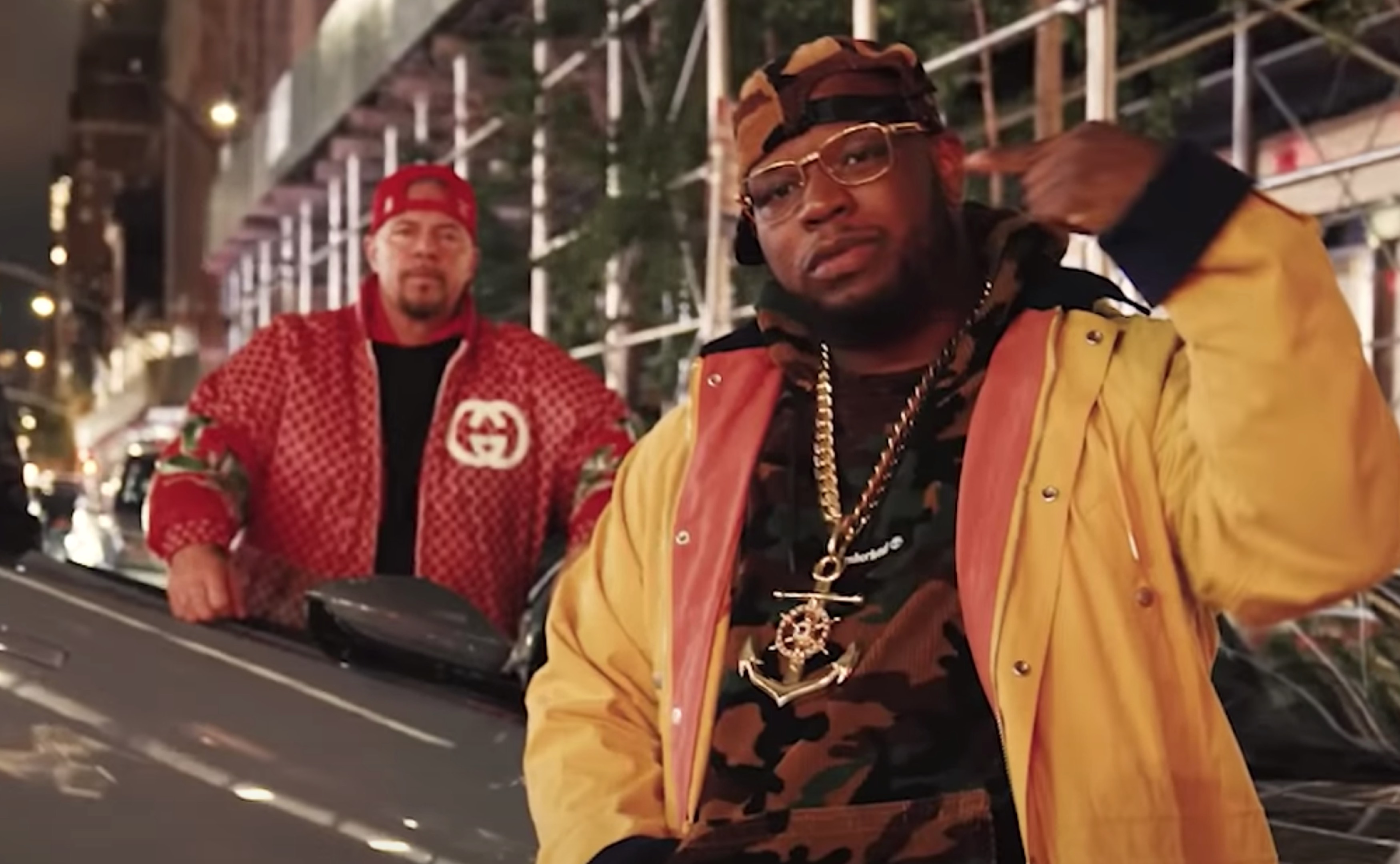 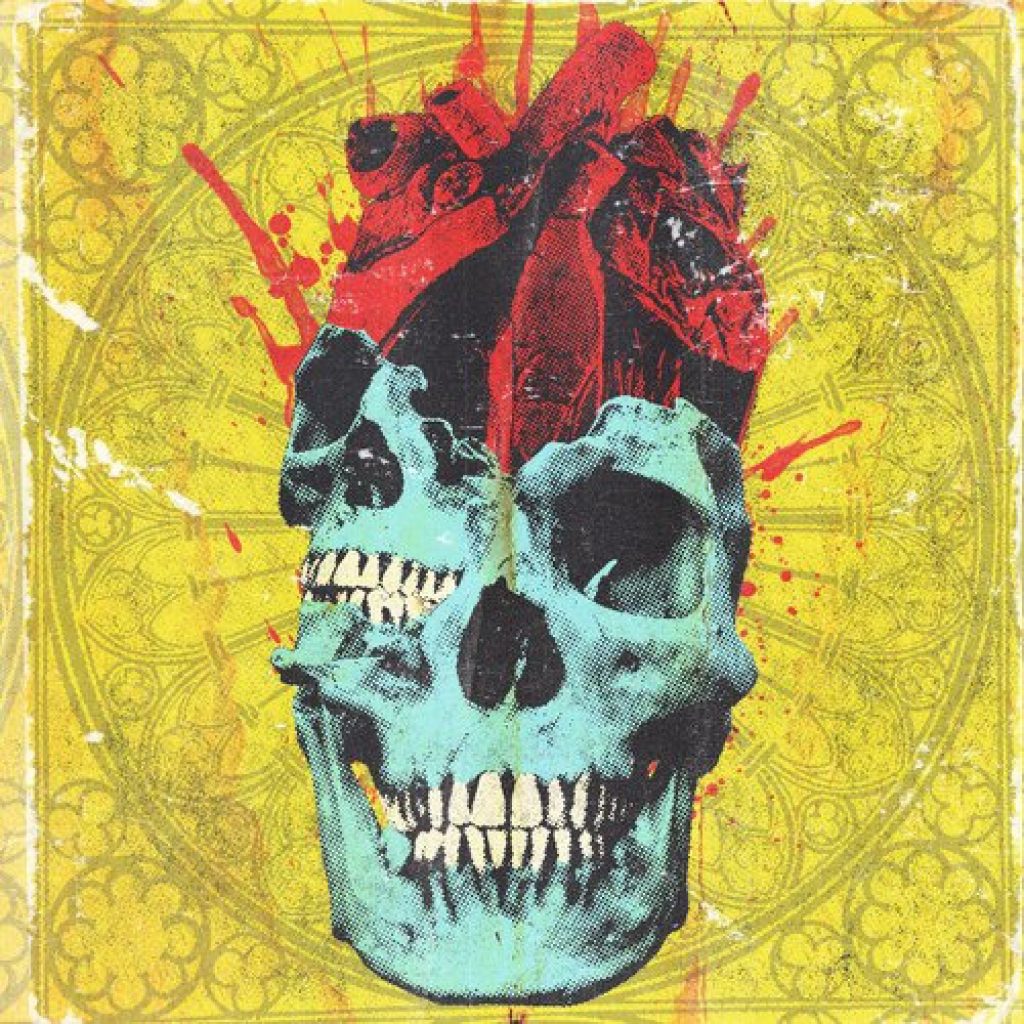 This year, in our opinion, no one on the global Hip-Hop scene deserves more recognition than the iconic and legendary DJ Muggs. Except that these awards and honors for mortals, such as Grammys and so on, are probably at the bottom of the concerns of the obscure and enigmatic historical producer of Cypress Hill. In fact, as we have already had the opportunity to tell you in our pages, Muggs has reached such a status that he moves his pieces and presses the keys of his machines from like another underground dimension…  A “middle world” with completely different references compared to the canons on the earth’s surface. From the depths, he selects chosen assassins who can plow through the murky waters with him.

“Winter 2”, in fact, is yet another 2021 album produced by the brilliant general of Soul Assassins Records, after having already enlisted, in this calendar year, Rome Streetz, Crimeapple, Flee Lord, Hologram and Yelawolf, for some entirely produced albums. With this new work of his, he brought the cold and the frost for this season ending, by calling on a dozen of his loyal soldiers, including Roc Marciano, Ill Bill and Meyhem Lauren. Iconic. 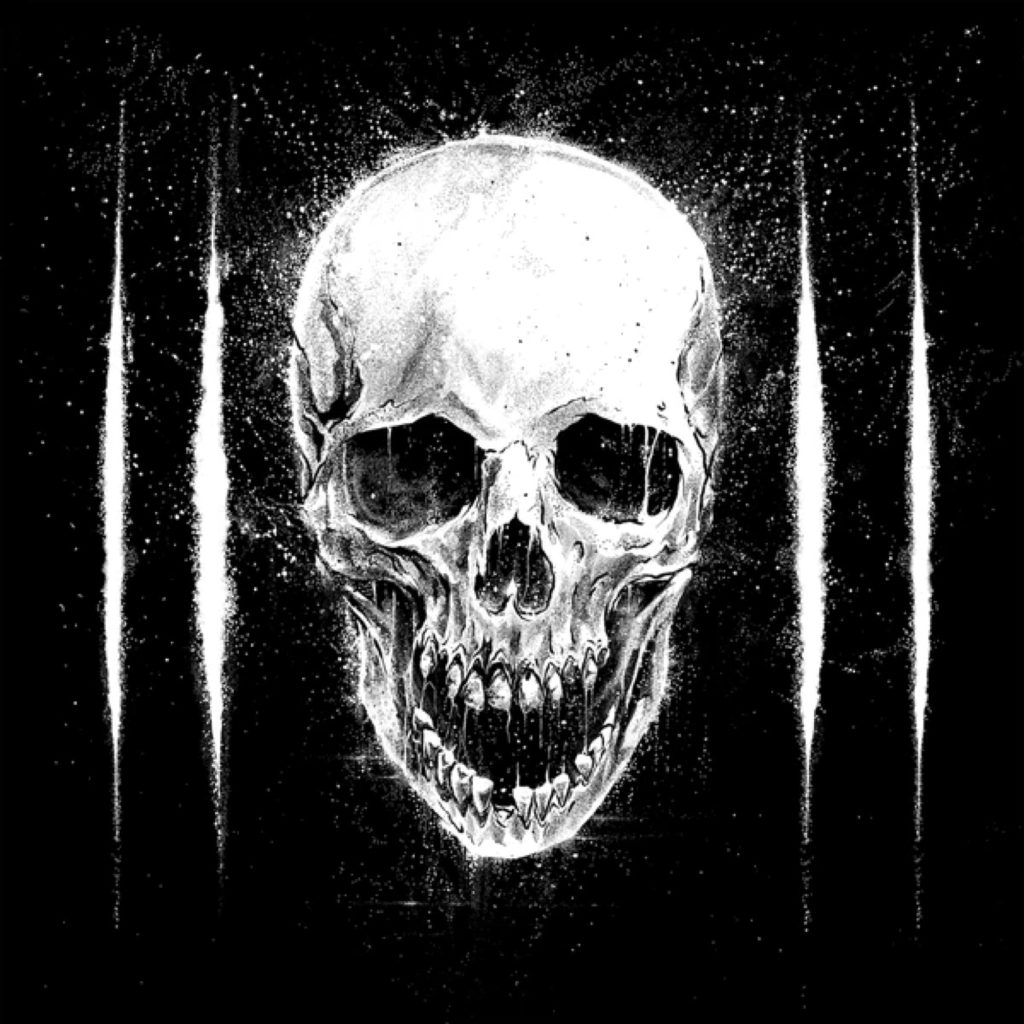 Ty Farris’s story could be briefly told to those who do not know him, as the cliche’ of the rapper who has built for himself a career only with his own hands, coming from the bottom of the bottom. In a film script, he would be the classic underdog fighting to get to the top, against all odds and without any external support. Born and raised in extreme poverty in one of the most deprived and infamous areas of Detroit, the 6 mile, in fact, he made his bones for years in freestyle battles and then has continued to pursue his dream, bar after bar, record after record, without majors or external support, as he told us in his interview .

In November, Ty Farris returned with the 4th chapter of his “No Co-Sign Just Cocaine” series, a title that exemplifies his mindset, made of a solid determination to get the respect it deserves. Along the 14 tracks of the album, produced by some of the best producers of the underground scene on the US east coast, the Detroit MC, thanks to vivid and crude rhymes, trademark of his repertoire, can transport the listener into the dark streets of the capital of Michigan, where “where there are no street lights, dice games in the alleys, watching junkies fight”. At the same time the Detroit rapper, however, demonstrates with his example how one can finally live a normal decent life, bringing out the best of himself, despite coming from nothing and growing up in the most difficult conditions.

Listen to "No Cosign Just Cocaine 4" 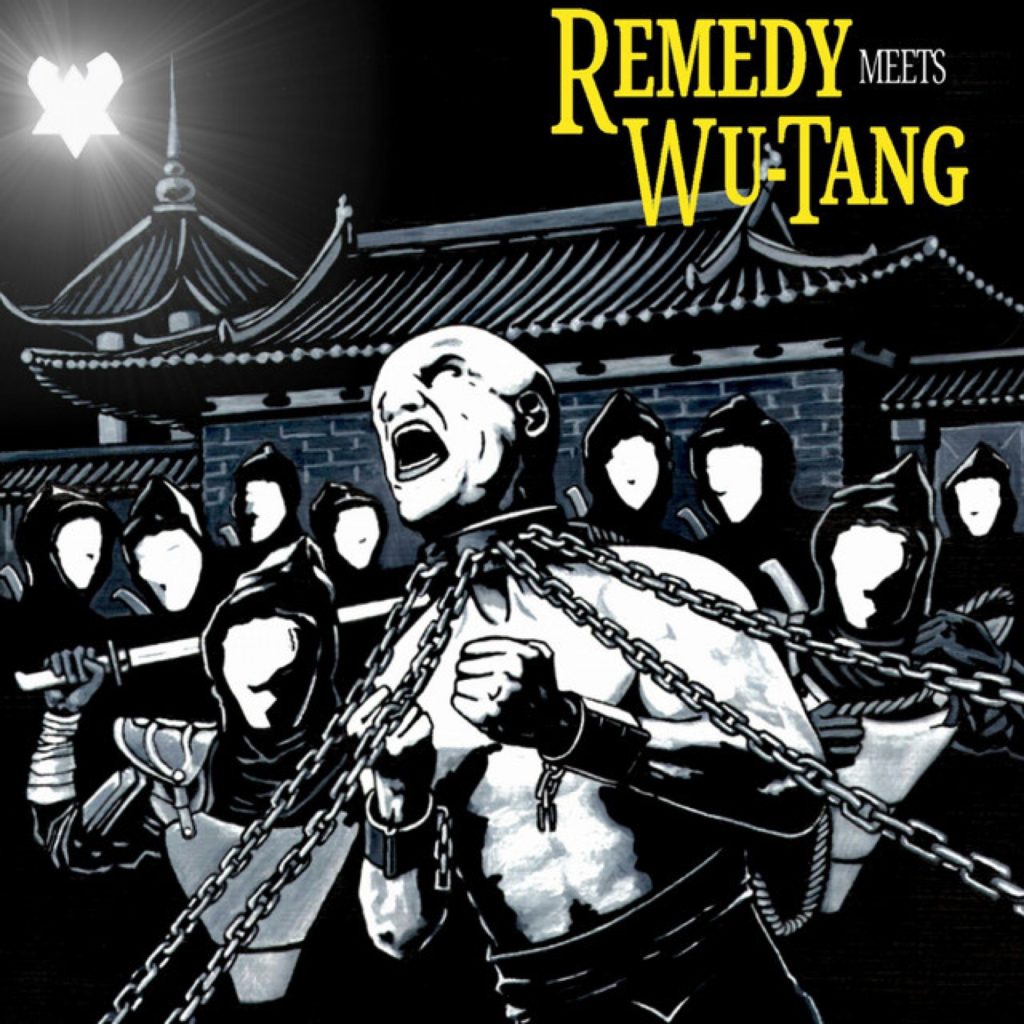 Wu-Tang Clan fans will surely remember the compilations album Killa Bees: The Swarm (1998) and The Return Of The Swarm (2007), where several affiliates of the Staten Island supergroup, from the Sunz Of Man to Killarmy, raged over WU-flavored beats. Among these, there was also Remedy, rapper and producer of Jewish origin, who is also a longtime affiliate of the legendary group and friend of some of the top members of the Wu, with whom he grew up together on the streets of the New York island. In “Remedy Meets Wu Tang“, as the title clearly states, the rapper and producer calls his old Wu friends and its various affiliates, with the heavy guest addition of Conway The Machine, orchestrating an album that evokes the atmospheres and sounds that made the Staten Island group immortal. 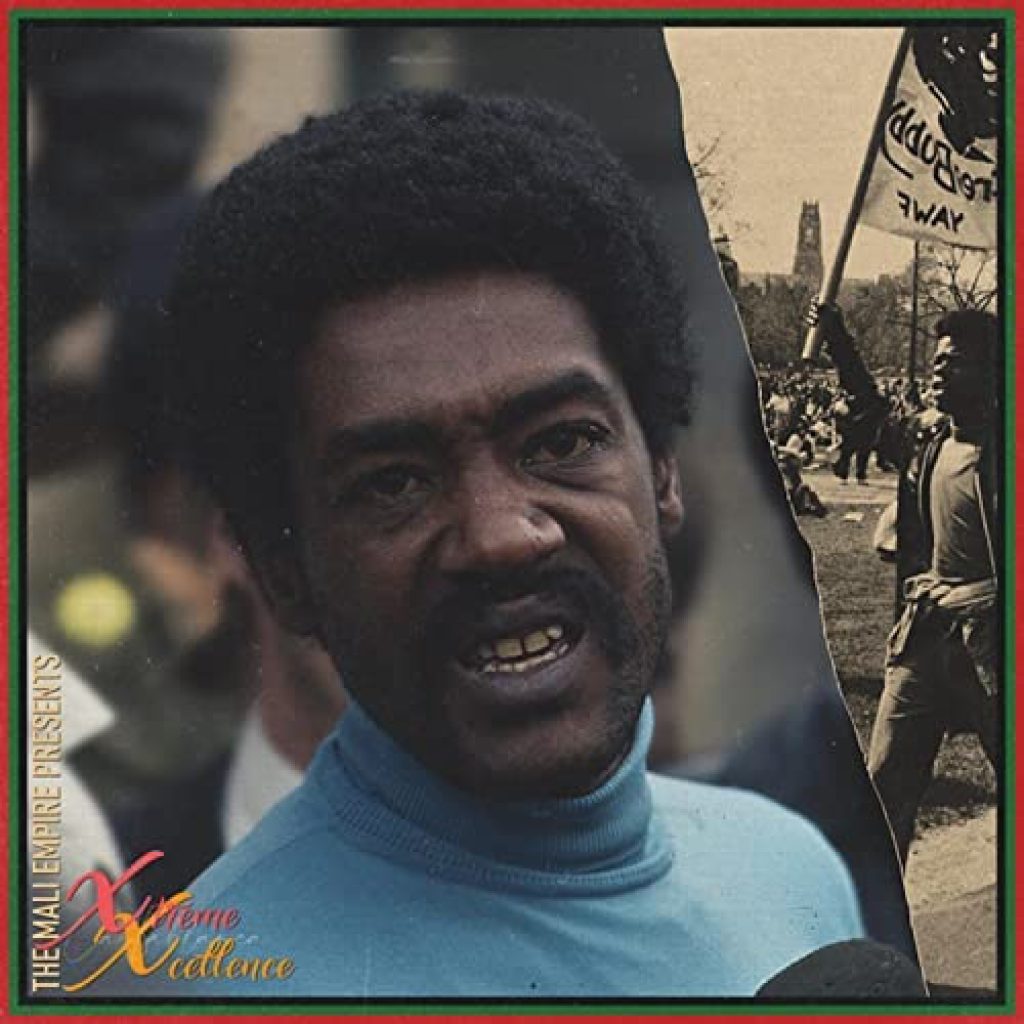 Fortunately, there still exists some “ugly, evil and dirty” Rap music, as a Sergio Leone spaghetti western movie. To find it, you just have to dig and avoid the avalanche of blockbuster stuff just filled with super special effects that the mainstream channels give you.  You should only be able to tune in to the right frequencies (like ours for example -: D) so that another perspective can be projected to you In this arid, bare and inhospitable landscape, for example, make his moves, on The Mali Empire production, the Texan rapper Ca$ablanca, assisted by his homie Nowaah The Flood (read the interview). In their project Xtreme Xcellence, raw rhymes flow wildly over dirty beats, catapulting listeners to a new-old world, far from the “civilized”, embellished and plastified one you might be used to, nowadays. 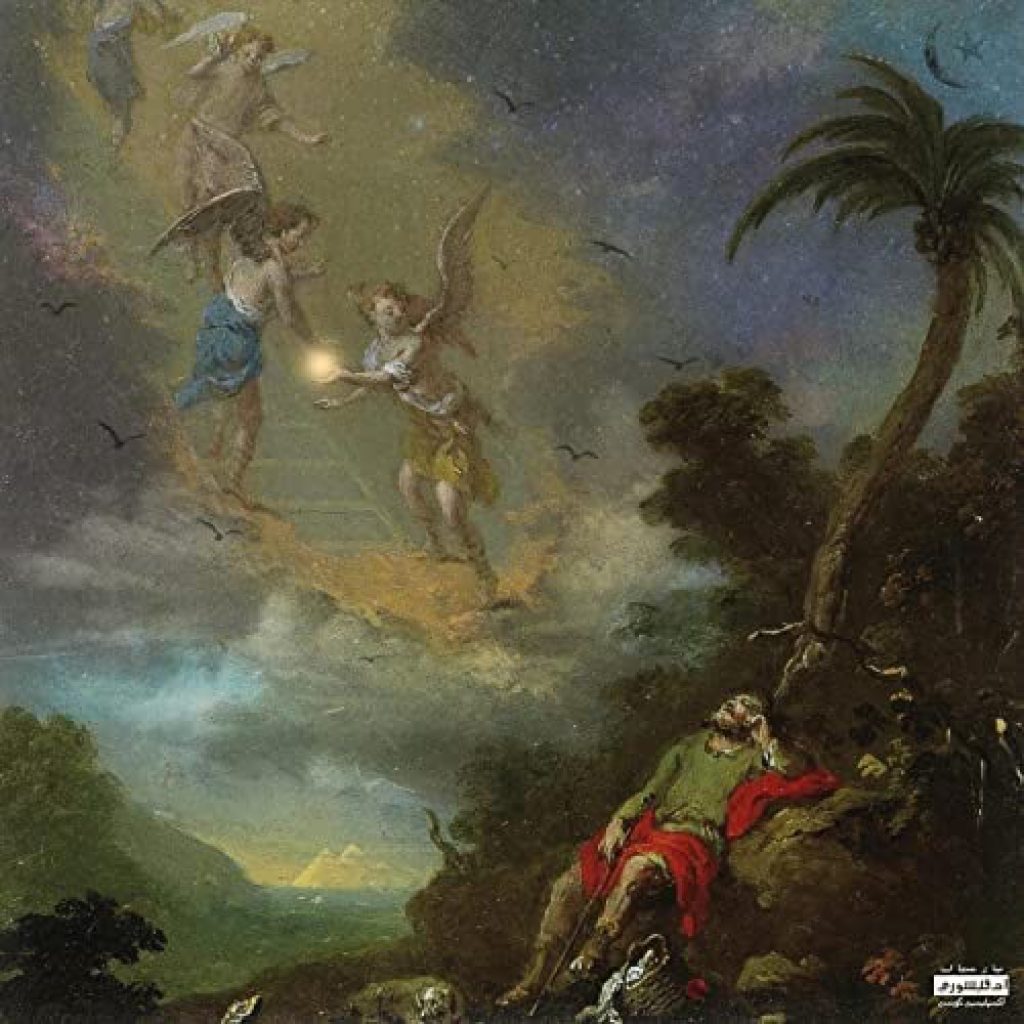 Another very interesting discovery, straight from the prolific meanders of the US underground scene, is “The Void“, the latest work by MC from Dover (Delaware), Chris Skillz. Write down this name too, because the pen of this MC has a great depth, as demonstrated along this introspective 12 songs journey, during which Chris Skillz touches with great sincerity various themes, from street issues to religion, from the relationship with music to the one with depression. Everything is also beautifully produced by Zain and accompanied by the illuminating lines of Planet Asia, Fashawn, Blu, Left Lane Didon and All Hail YT

Listen to "The Void"

Despite the age, IAM did not spare themselves in this 2021. After Troisième Vague, the historic French rap group published yet another EP that takes us back in time and makes us appreciate again the sound that in the 90s literally made listeners fall in love with that era. Akhenaton and his companions propose a mature project, with flows and productions that are relevant even after more than 20 years. Quatrième Vague sees the only collaboration of Relo, capable of carrying on the tradition of its city inspired by the Marseille hip hop group par excellence. A natural encounter that materializes in one of the most powerful songs of the album: Vos hommes ont les mains sales. A real gem for lovers of the most classic hip hop sound. 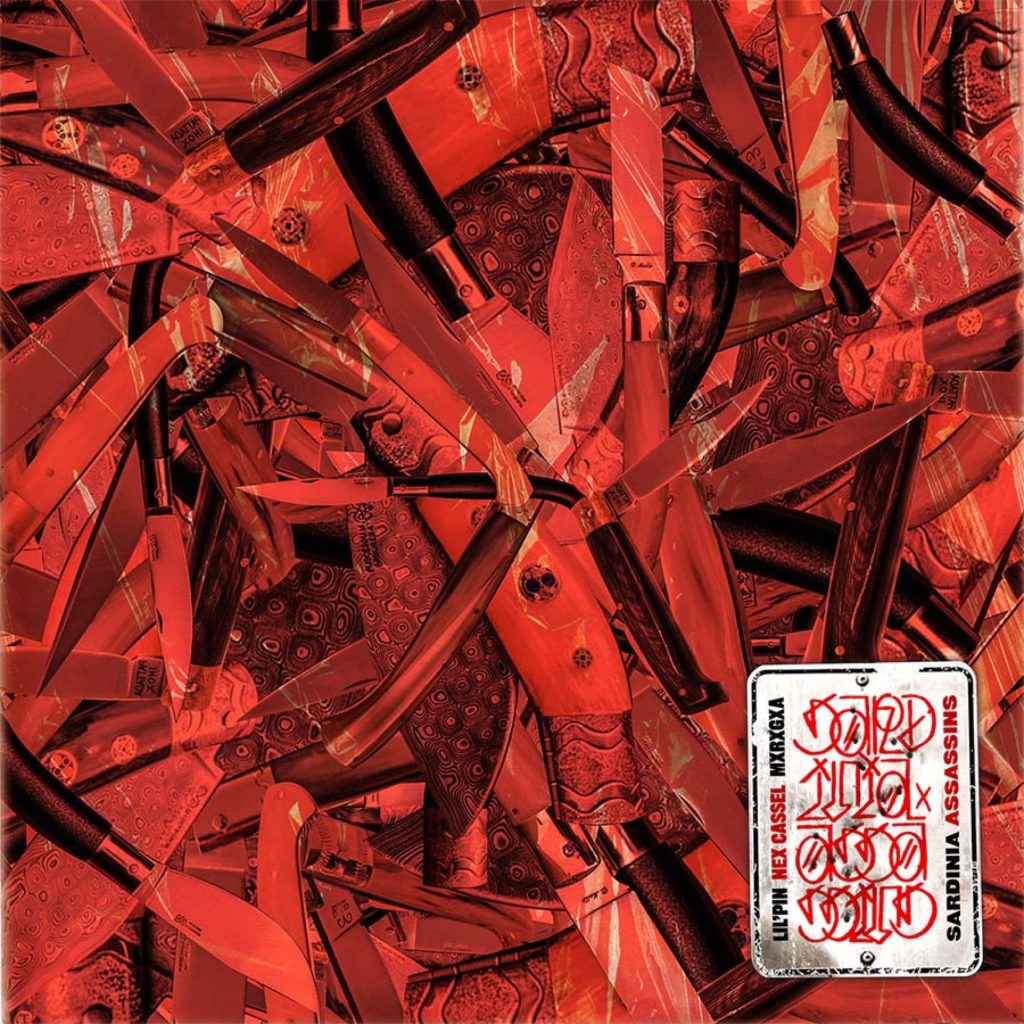 As We opened this page, dedicated to the recommended albums of the month, paying homage to the latest project by Dj Muggs, founder of Soul Assassins, we should close it with the tribute in Sardinian sauce, dedicated to the Los Angeles legend by the Cagliari rapper Lil Pin, with the assistance by Nex Cassel, in the unusual role of producer. Sardinia Assassins is a condensation of vitriol bars and rough beats during 12 songs, entitled to real or cinematic characters, who share a certain predisposition for violence or a superfine and glacial mind, in which Lil Pin demonstrates, once again, that he has few rivals in Italy when it comes to spitting crude rhymes on a microphone. The brand imprinted on Sardinia Assassins is once again that of MxRxGxA, one of the recent years most consistent Italian underground realities. The collective also provides Lil Pin with the sparring partners with whom the Cagliari rapper can exchange some special effects bars, in addition to the solid participation, as usual, of Gast. 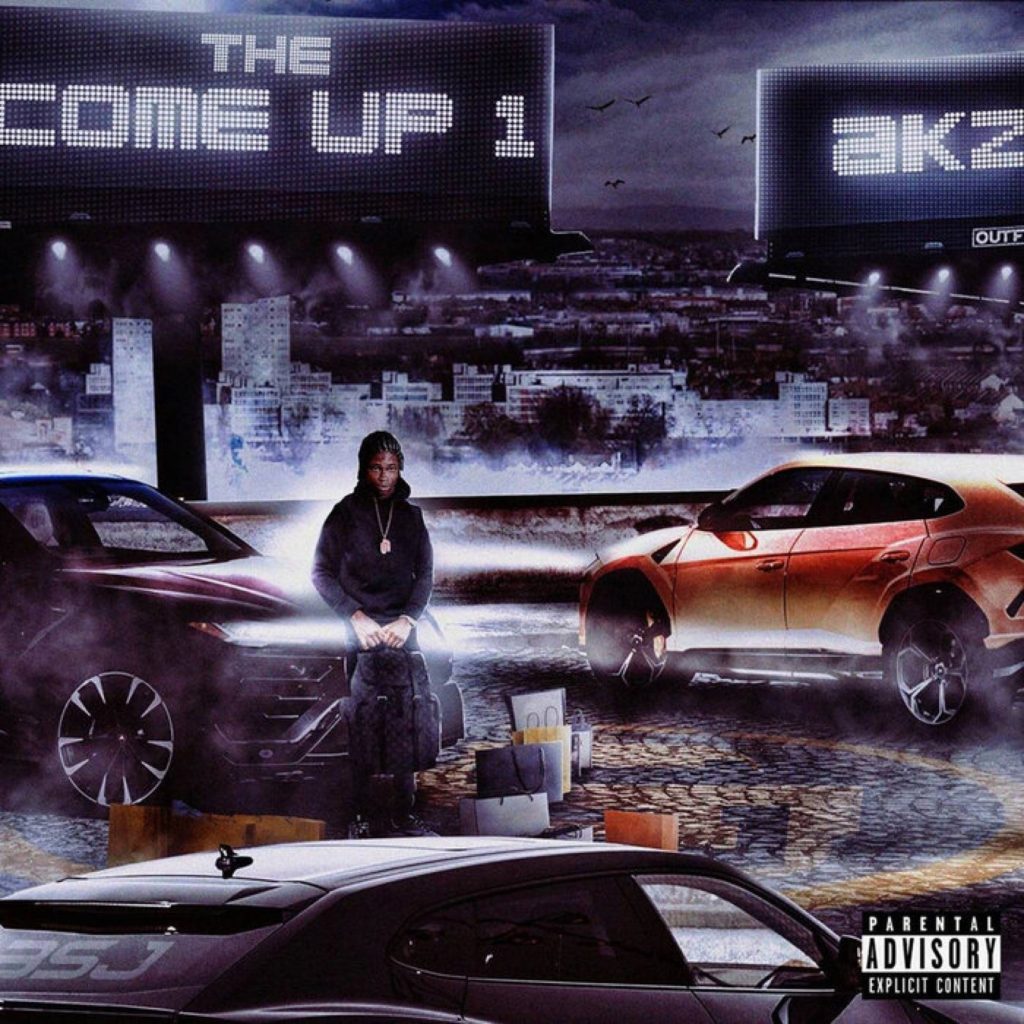 The Come Up 1 Akz

We are ready to bet that Akz, young rapper from the Broadwater Farm district (North London) and member of the Original Farm Boys (#OFB), crew of which also belong, among others, the most notorious Headie One and Rv, will be the next name ready to emerge in the competitive scene of the UK capital.  While all over Europe, languages ​​and attitudes of the London gangs are trending thanks to the “Drill” phenomenon, in the multi-ethnic hoods of the British capital and throughout all the Kingdom, this youth culture is nowadays well-rooted and stratified by longtime. For years, in fact, here the youngins have been competing for small portions of overpopulated and socially unequal areas, unfortunately, often resorting to harsh violence. Drill is, even before than just an Hip-Hop sub-genre or a way out, the way in which these young people communicate and think about their way of life. It’s their collective identity. Akz is also a son and product of this environment: in The Come Up 1 mixtape, his music still vividly paints the mentality and atmosphere that a kid trapped in these “trenches” lives, but in the same way, it also shows the genre of talents that, hopefully, can offer him a way out.