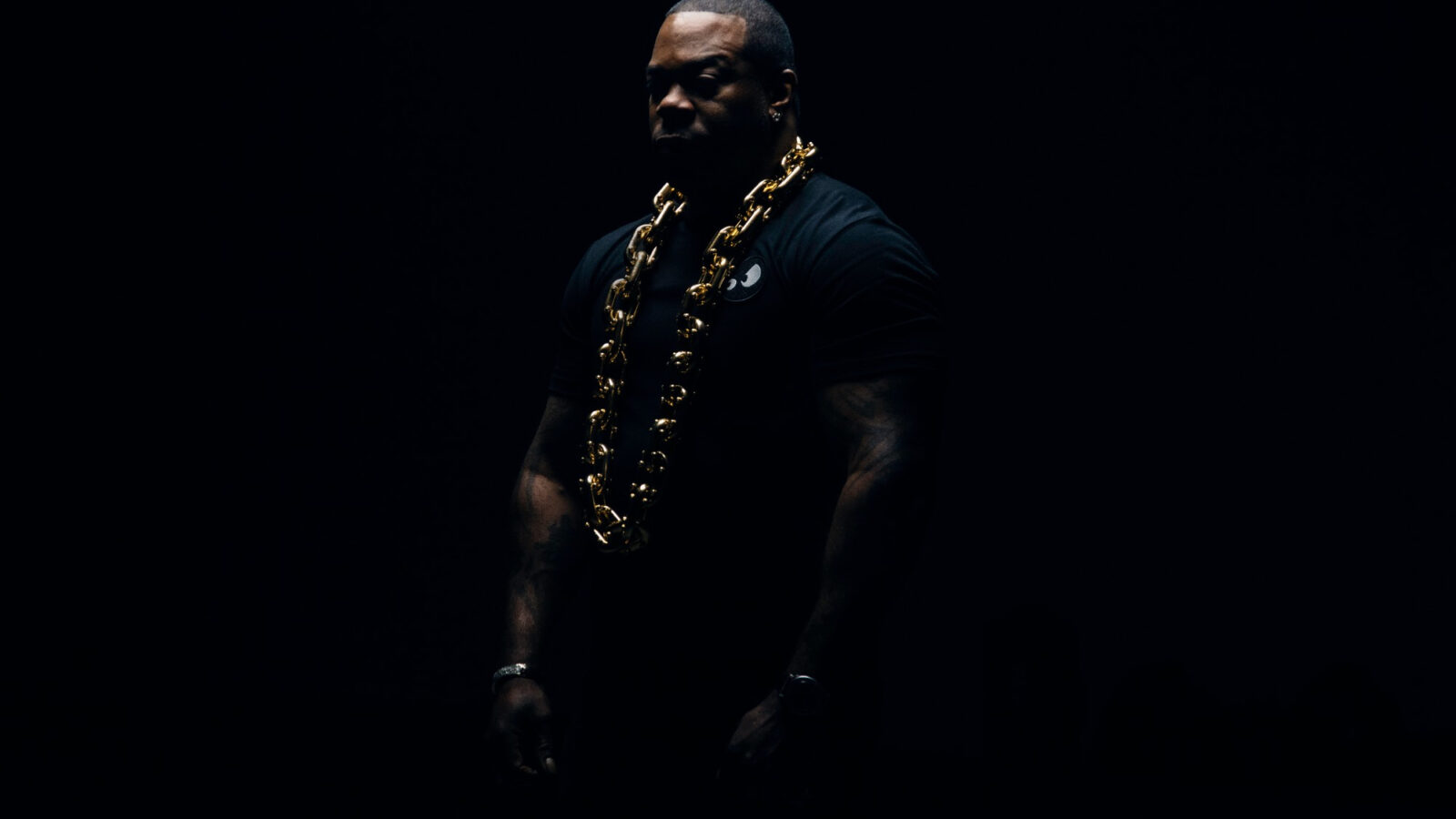 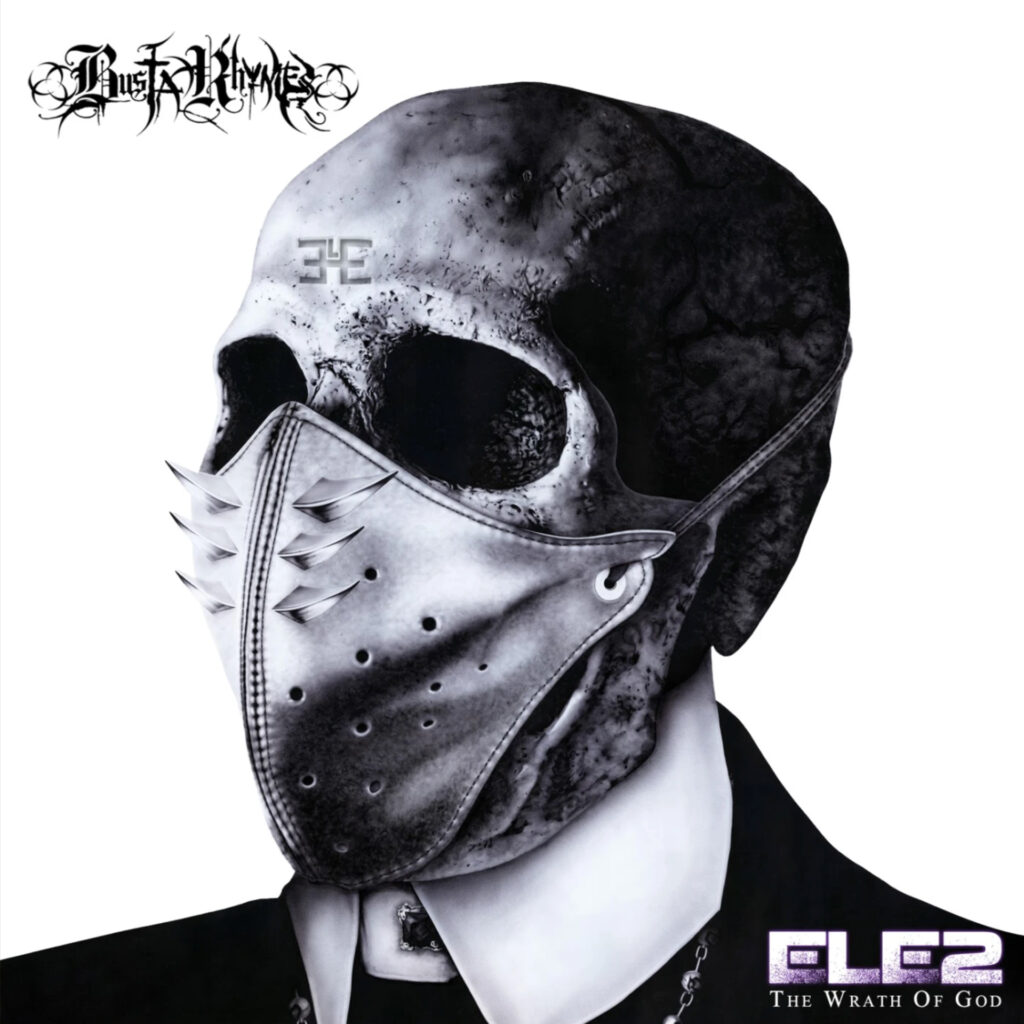 A little more than 20 years ago the whole world was nervously preparing for the change in millenium. In that same period Busta Rhymes prophesied a human mass extinction on his third album “Extinction Level Event: Final World Count” as if he was some kind of modern day Nostradamus or knight of the apocalypse. It was 1998. Luckily he was wrong. Incidentally the album received great praise and definitively launched the career of this Brooklyn rapper with Jamaican roots. Twenty years have passed since then and Busta Rhymes couldn’t have picked a better (or worse) moment to release the sequel of “Extinction Level Event”, aptly subtitled “The Wrath Of God”. Never has an album title been more appropriate given the historical moment of great uncertainty, with the whole globe teetering on the edge of a widespread pandemic. Just like St. John the apostle, Busta Rhymes, warns us of the coming apocalypse and invokes judgement day. At least within the Hip Hop industry. Busta has returned with a bang and incinerating all 22 tracks on the record. He absolutely annihilates all the infidels who thought he was musically finished and dishes out divine punishment to all the wack rappers populating the scene. “E.L.E 2” portrays the bitter truth underlying this accursed historical period with uncanny precision. Our system’s ridiculous contradictions have provoked the wrath of god. Just to make a statement, Busta Rhymes brought Rakim and the Minister Farrakhan with him in order to warn us through supreme mathematics about the inevitable precipice lying ahead…

Listen to "Extinction Level Event 2: The Wrath of God" 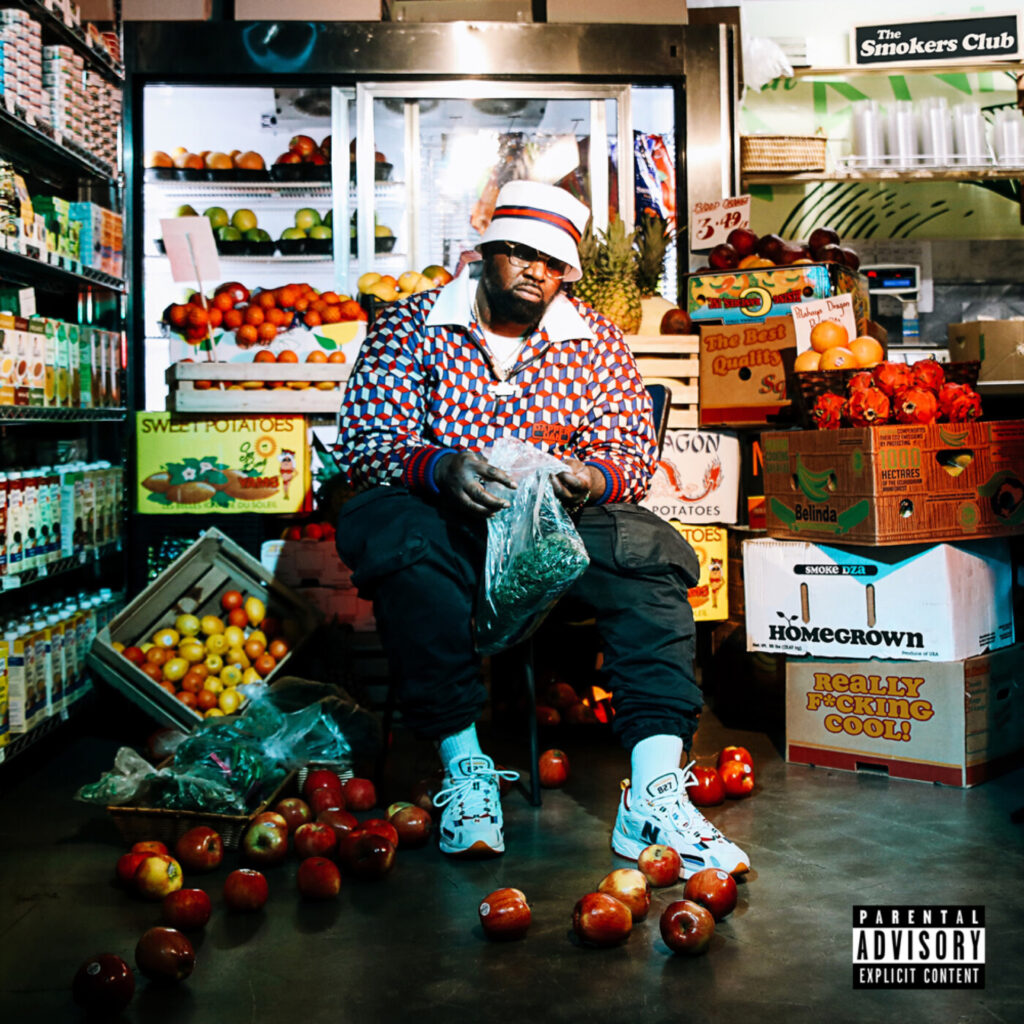 Is it better to be at the top of the charts for one year or to have a prolific career spanning decades like Smoke DZA? The answer to this question is clear in our minds. Ever since the end of the naughties this rapper from Harlem NY has experienced  constant and natural growth. He has planted his roots deeply in the fertile soil of the Big Apple’s Hip Hop scene. His wide catalogue speaks for itself, with dozens of official albums and mixtapes. He has progressively become a mainstay in the musical underworld of New York. When one’s roots are nourished by organic and natural nutrients, with no chemical additives, just like Smoke DZA’s long independent career, the fruits of labour will be regular and plentiful, healthy and genuine. This is the life force that permeates the whole universe. The Harlem native MC seems to be well aware of this if you consider his love for cannabis (he has even started a blooming brand and a platform “The Smokers Club”). It’s safe to say that his latest effort, titled Homegrown (with prestigious cameos by Jadakiss, Cam’Ron, Wiz Khalifa, Curren$y and Big Krit), is definitely one of the most mature and juicy projects he has ever blessed us with. 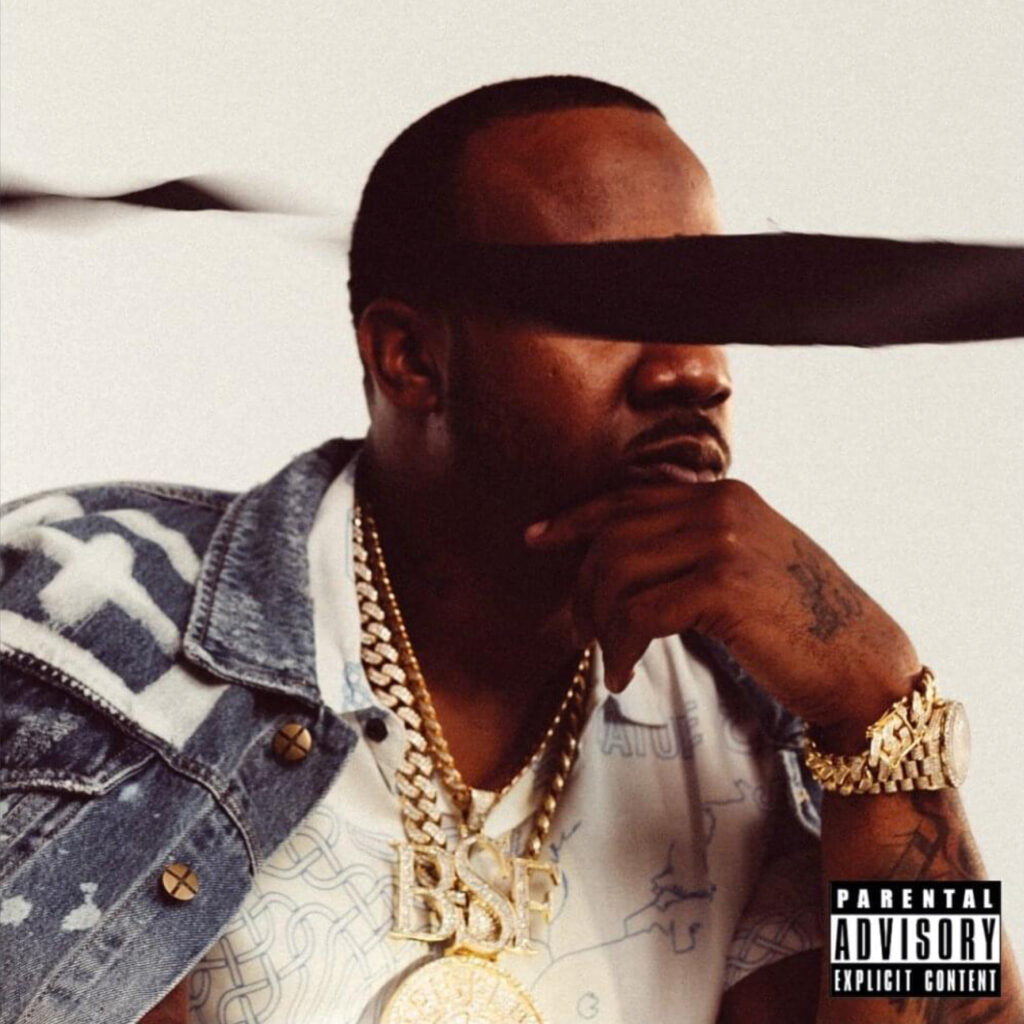 Burden Of Proof Benny The Butcher

When we first heard Benny The Butcher  we immediately had the sensation of having discovered an immense talent that spoke sincerely about things that 99% of successful rappers can only dream about. His storytelling was street but at the same time poetic and reminded us of Nas or Jay Z’s first debuts with Illmatic and Reasonable doubt respectively. Five years later Benny The Butcher has become your favourite rapper’s favourite rapper, incensed by the Nas’s and Jay Z’s, probably without having yet reached his full potential. “Burden Of Proof” elevates Benny’s talent and charisma to a mainstream audience and is a jaw-dropping album. Entirely produced by the Californian producer Hit-Boy, fresh off producing for Nas’ latest effort, this record may scare the more traditional Griselda fans as it is a long way from the traditional soundscapes used by Westside Gunn & Co. Now even the staunchest non-believer will be convinced that rappers like Benny are one in a million and this is another potential “classic” to add to the Buffalo rapper’s impressive catalogue. Word.

Listen to "Burden Of Proof" 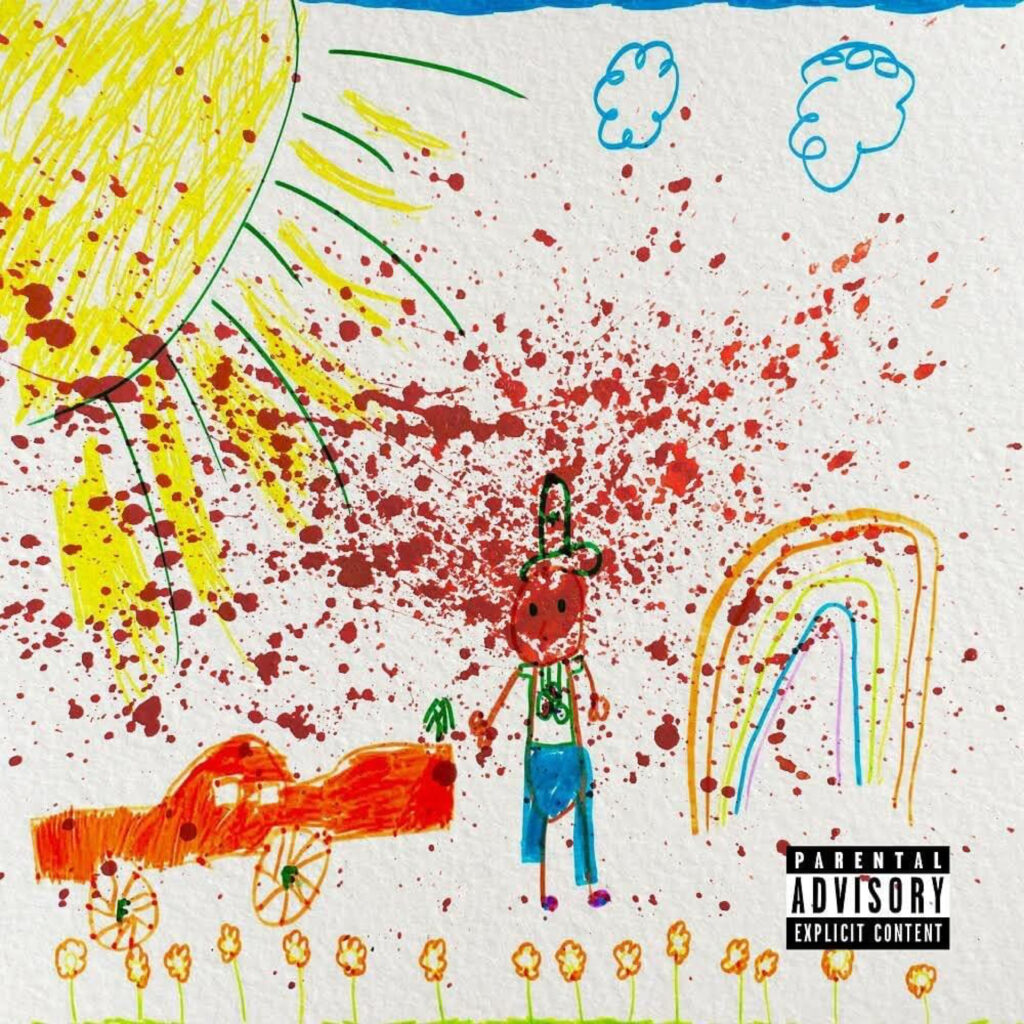 Who Made The Sunshine Westside Gunn

While the music industry was reeling in the wake of destruction caused by the pandemic, one small label stood out with its illuminated marketing style and just as brilliant CEO. A man who who put his genius to good use and stepped away from the customary habits of the scene with the instinct and self assurance of a natural born trafficker. Obviously we are talking about Westside Gunn, the patron of Griselda Records, a brand and record label which has undeniably changed the game for good. Starting as outsiders on the scene, these Buffalo natives have just secured the title for most influential music brand in 2020. While everybody seemed lost, the Griselda team took the final shot and established its dominion over the scene after a long marathon run that began in 2012. Since the start of 2020 the label has already released 9 excellent projects. They have flooded the market with product while the music industry was still trying to figure out how to absorb the loss of revenue caused by the impossibility to hold concerts. After the success of “Pray for Paris” and “Fly God Is An Awesome God 2”, the eclectic leader of Griselda Records Westside Gunn  released his third album (the first backed by major label Shady Records) in 2020 titled “Who Made The Sun Shine”. It is a refreshing and non-conformist album. Its production is surprisingly “sample free” and it has a number of interesting features among which a reborn and inspired Slick Rick, Jadakiss and Busta Rhymes. The rhetorical question that is answered here seems to be: who made the sun shine in this culture and bought hardcore street rap back to the forefront? The answer is simple: Westside Gunn. So as you should simply fall in line with his motto: “There is a God And There’s a Fly God, praise Both”

Listen to "Who Made The Sunshine" 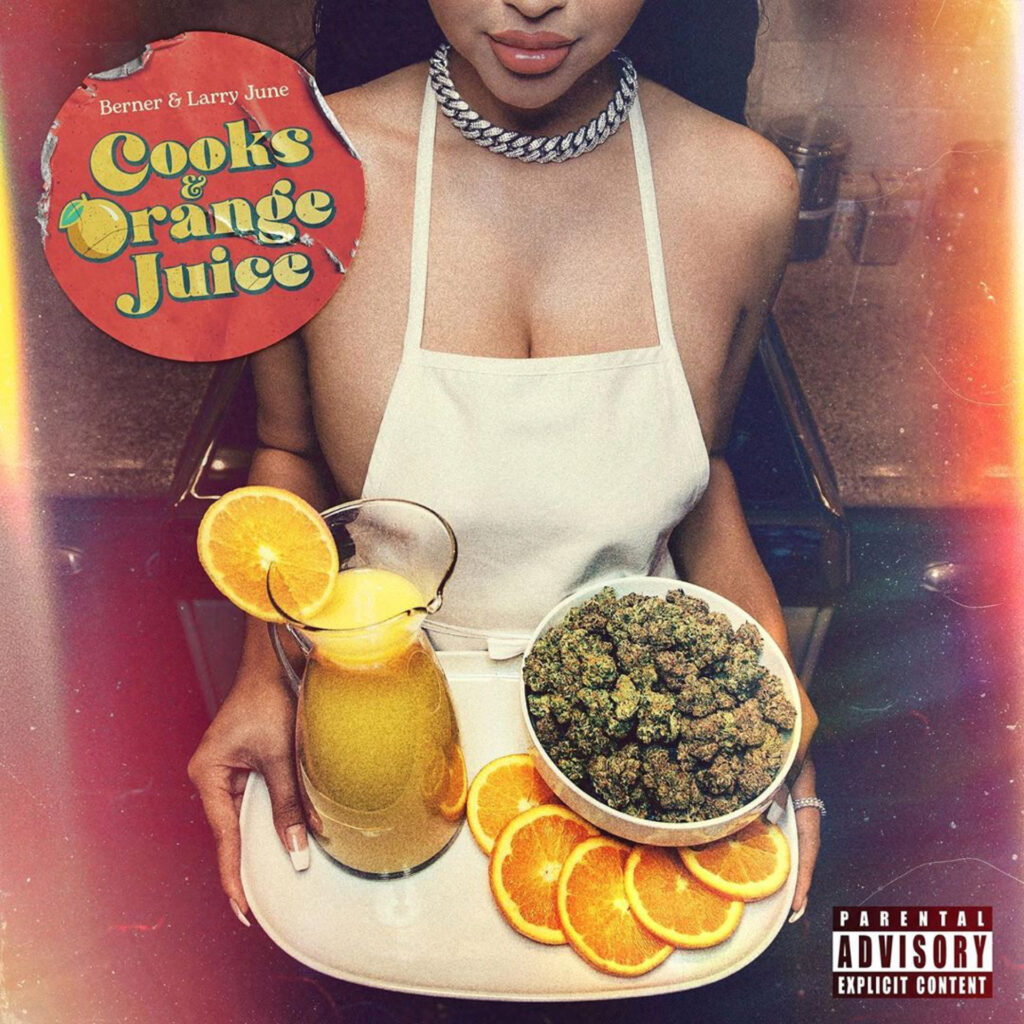 Being stress free and positive in this moment of great uncertainty is not easy. So here are a few easy tips that may come in handy: stick to a healthy fruit based diet, smoke good weed, entertain positive thoughts and listen to Larry June and Berner’s music on a regular basis. The two Bay Area natives have decided to join forces for this latest project titled Cooks & Orange Juice, mixing up the perfect ingredients to appreciate life to the fullest, in order to maintain a positive outlook and broaden horizons. These rappers have clearly found a way of facing up to adversities that has enabled them to attain many objectives and live a better life. Both artists have, in fact, built an independent music career and solidified their place in the game by launching successful brands: Berner with the legal weed ”cookies” and Larry June with organic juices and merchandising a healthy lifestyle. This album will make you forget that we have just entered autumn and will sweeten the sourness of this difficult period, transporting you all the way to a Californian beach. Good job Larry! Good job Berner! 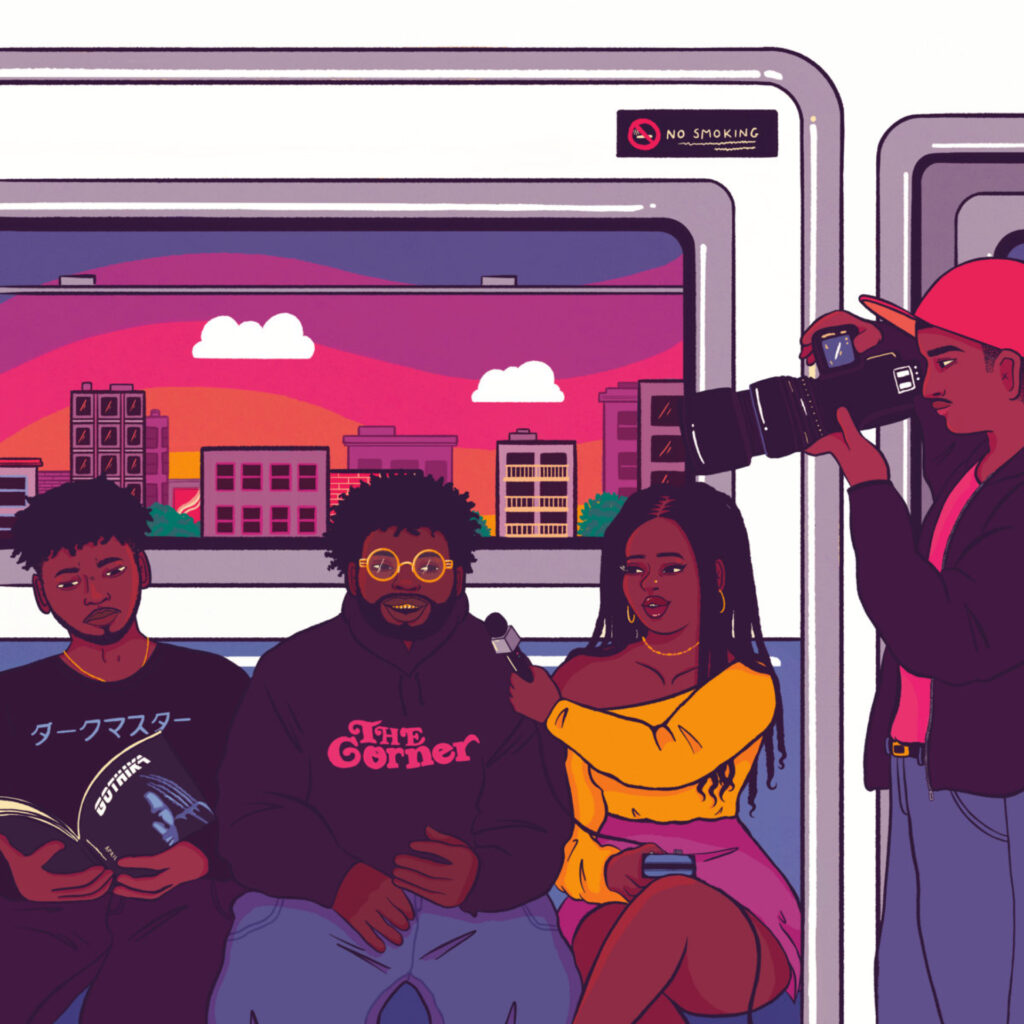 Lord Jah-Monte Ogbon, MC and self proclaimed “king of Charlotte”, is one of the most original and creative cats emerging from the U.S underground scene at the moment. He was born in Akron, Ohio, but moved to North Carolina at the end of his childhood years. We strongly suggest you remember his name as he will definitely leave many listeners surprised and stunned with his natural charisma and sharp self confidence. Take his latest project, Seventy Fifth & Amsterdam Side A, as a prime example of Lord Jah-Monte Ogbon’s incredible talent. His rhymes are a compendium of subtle irony mixed with typical rapper swagger and he seems to alternate references to street life stories and sexual bravado with more profound and thoughtful moments. His deeply original and hypnotic flow blends perfectly with the production imbued with funk, jazz and soulful samples. These contrasts, as well as his eccentric adlibs, take the listener on an almost psychedelic journey with impeccable musical taste.

Listen to "Seventy Fifth & Amsterdam Side A" 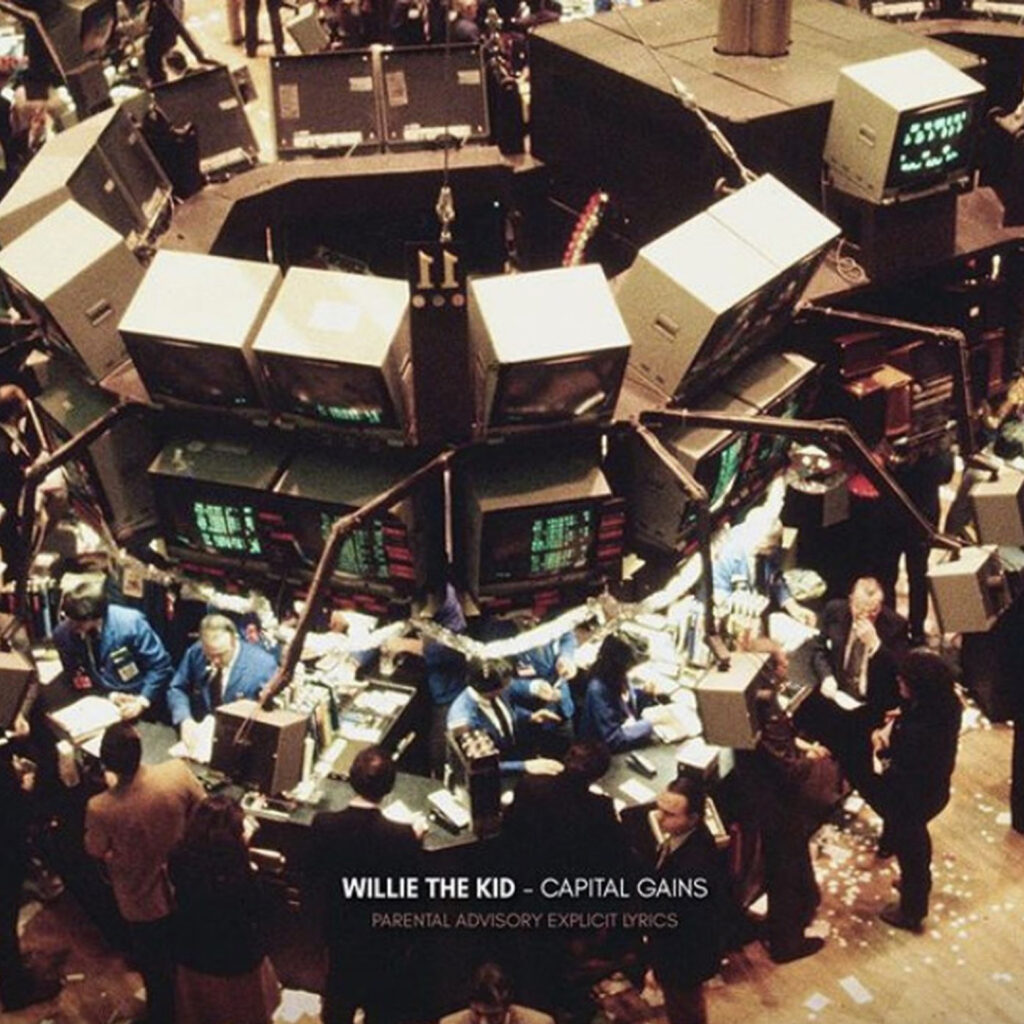 Many rappers, nowadays, choose to reinvest their earnings, making this sort of a side-hustle. However not many rappers can claim to be full time businessmen, capitalizing off their music and using the proceeds as a second source of income. Willie The Kid, the younger brother of Wu affiliate La The Darkman, is a striking example of this second category of rappers. This talented MC from Grand Rapids, Michigan, has built an incredibly successful entrepreneurial career in the fields of technology and catering, while at the same time continuing to make waves in the underground rap scene. In “Capital Gains” he tells us all about the approach and motivation he had to develop to become a successful investor. With features by his usual partners in crime Action Bronson, Curren$y, Roc Marciano and Eto, as well as dope production by Evidence, V-Don, Dj Muggs and The Alchemist, this latest project by Willie The Kid is sure to leave the listener satisfied. While the majority of the Hip Hop audience remains dazzled by expensive cars and jewelry posted on social media, real hustlers can show you the difference between investing money to make a bigger profit or squandering your earnings. We suggest you choose your idols wisely. 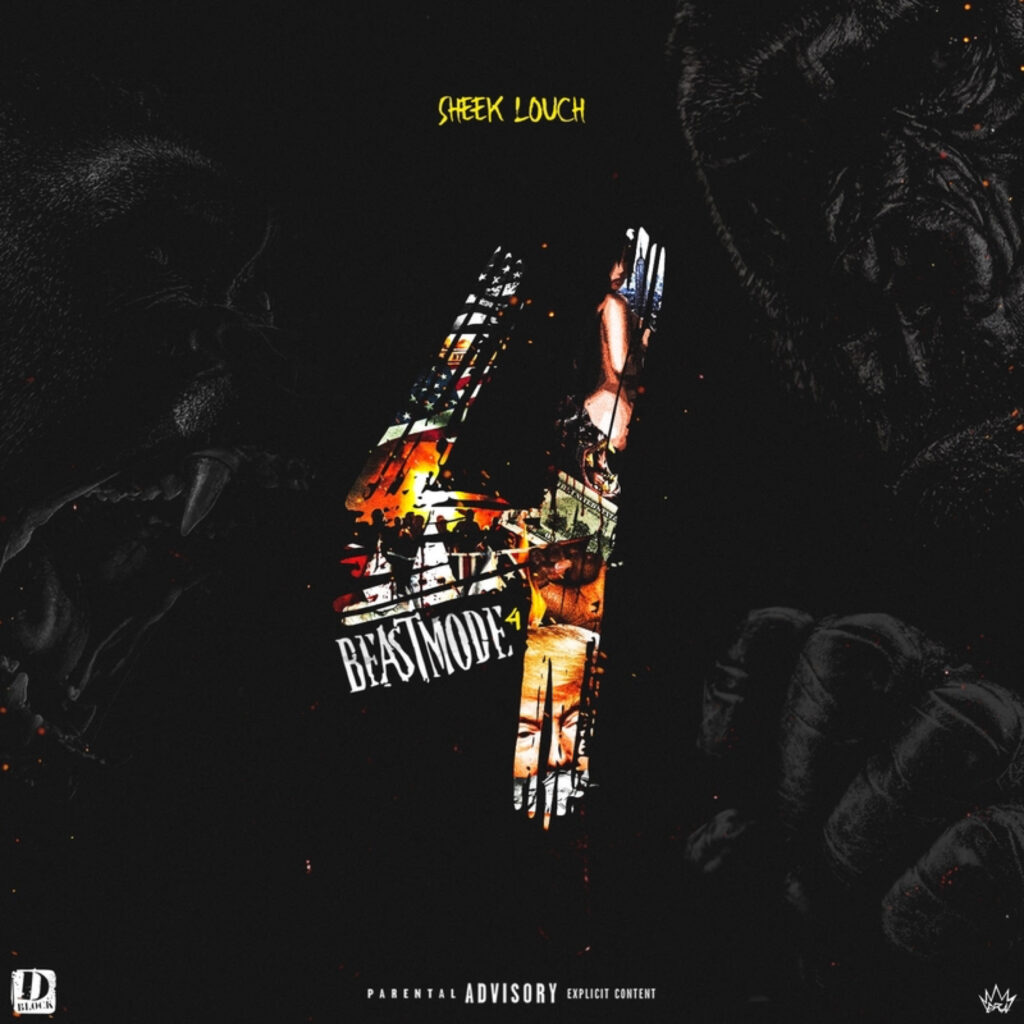 Sheek Louch is, by all means, a monumental figure in the Hip Hop scene: member of the legendary Yonkers trio The Lox and of the D-Block crew, after 25 years in the game he still hasn’t stopped bodying beats and representing the streets to the fullest. His partners Jadakiss and Styles P have enjoyed greater media exposure but Sheek Louch remains the beating heart of the collective. His rhymes are coherent, hardcore and always on point. Amazingly, at 44 years of age, this veteran spitter proves to have the same level of energy he started out with. In this latest installment of his “Beast Mode” mixtape series, the fourth chapter to be released, he showcases hardcore raps that consistently deal with the foundations and values of our street culture, with impeccable features by Jadakiss, Styles P, Tony Moxberg, Lil Fame from M.O.P and Ghostface Killah. Sheek Louch is still a Hip Hop champion! 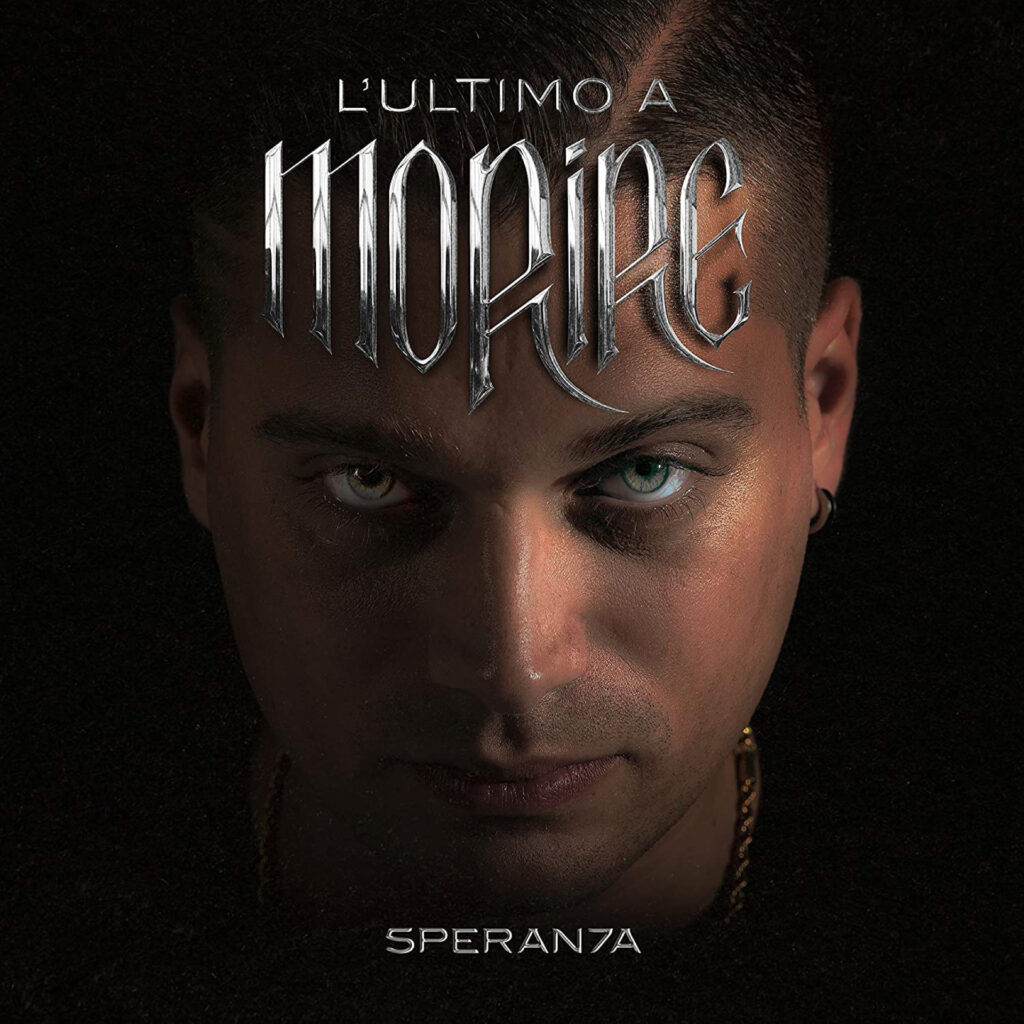 Speranza is a true blessing for the Italian Hip Hop scene: the missing link in the game, a rapper who is able to speak about difficult issues from the right perspective, with a new approach, never seen before in Italy. When the listener first becomes accustomed to his angry vocal tone and the intensity of his rhymes it feels like taking a left-right punch combo straight to the jaw. This bilingual rapper is from Caserta in Southern Italy but was born in the French banlieue of Behren-lès-Forbach. Therefore Speranza brings a new point of view to the Italian Hip Hop panorama: he is able to talk about the streets with the mature and conscious demeanor of a grown man who has experienced things first hand and doesn’t have to glorify gangsterism. Speranza’s music isn’t the usual self-aggrandizing street rap, but rather a humble yet angry critique of modern society, without any prejudice. His music speaks for society’s outcasts not your average social media user. In truth what else could you expect from someone who says “If I can’t make it in the rap game I’ll go back to the building site”. This mindframe is so rare nowadays, with all these wannabes in the game. We should all be supporting and rooting for Speranza.

Listen to "L’Ultimo a Morire"
0 comments