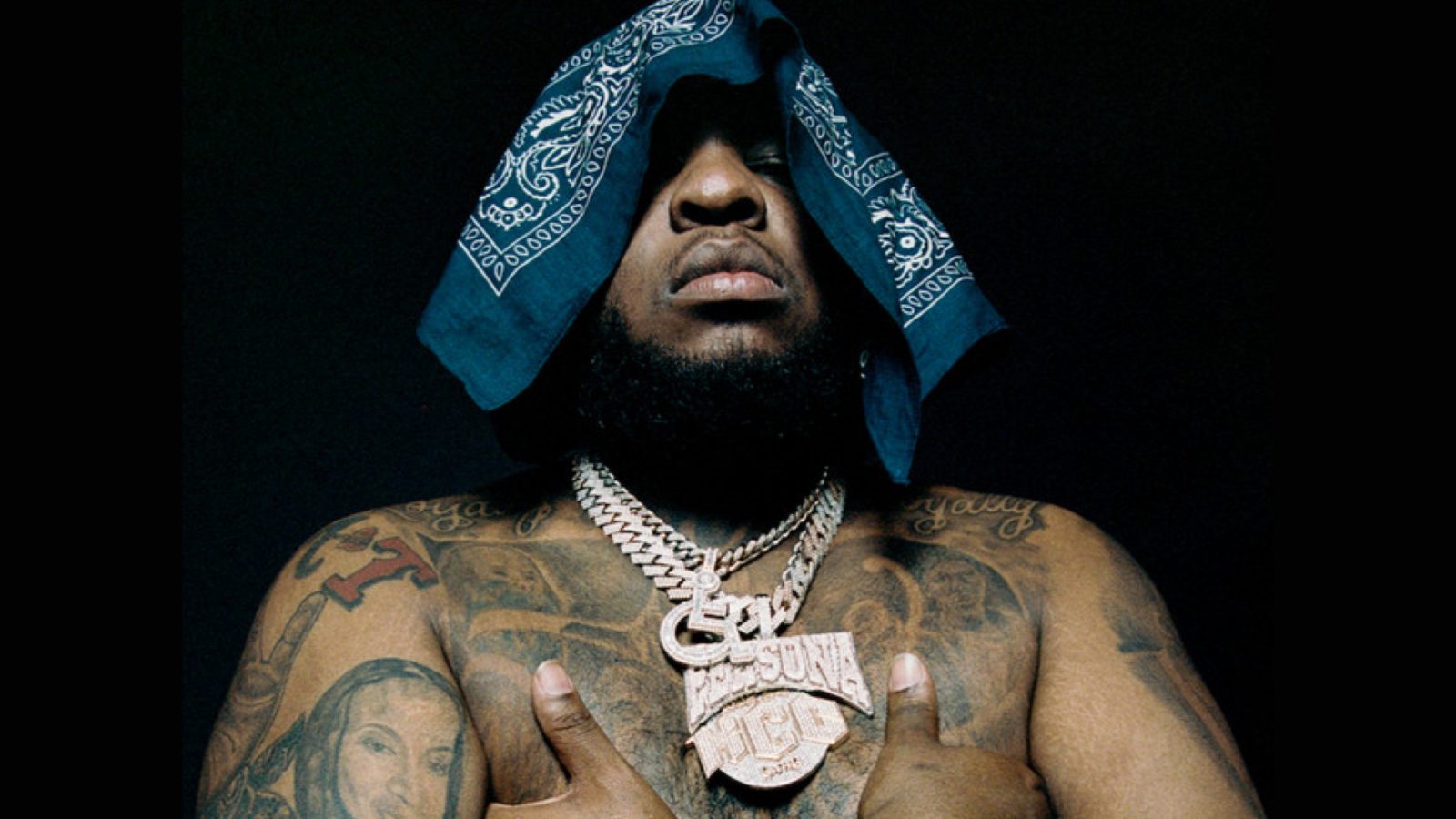 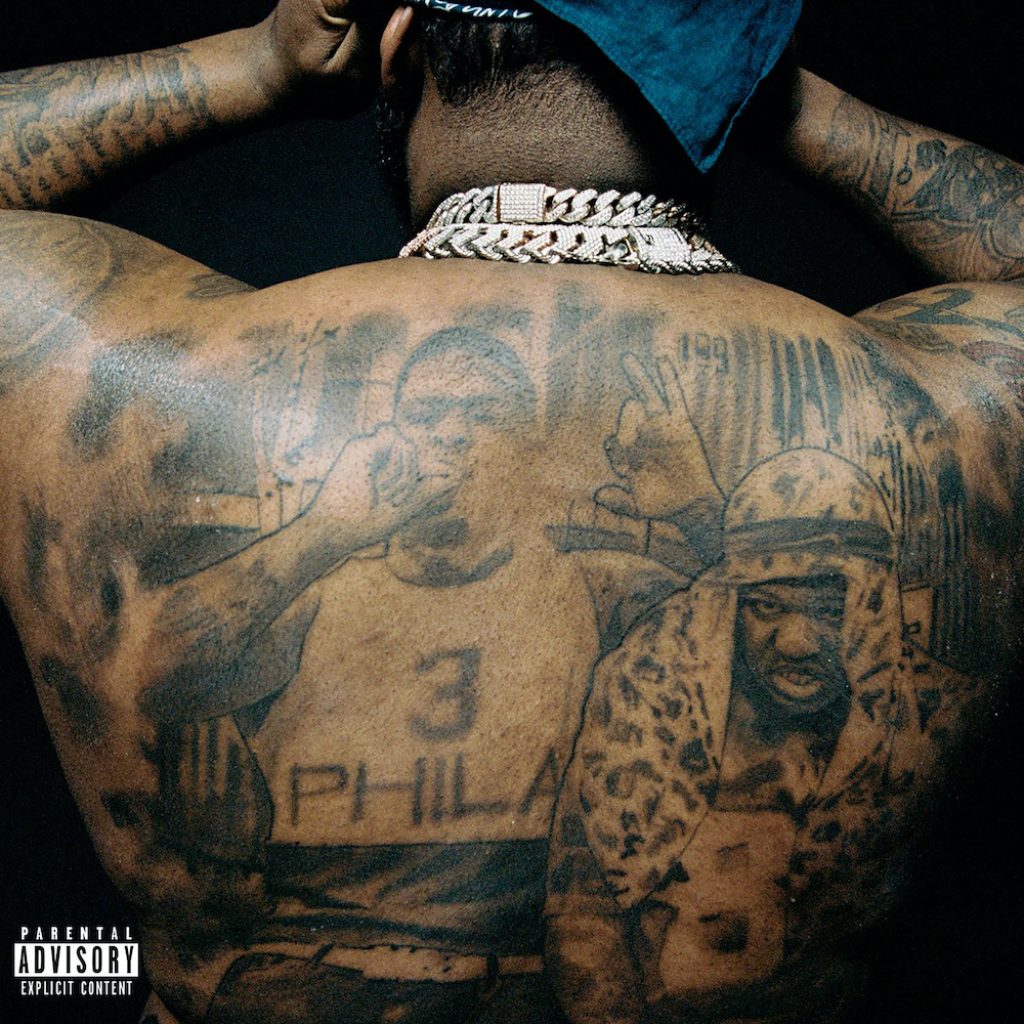 WEIGHT OF THE WORLD Maxo Kream

We had already talked about the story of Maxo Kream, the Houston rapper with Nigerian origins, in one of our first articles. At that time, Maxo Kream had just released “Brandon Banks”, the album that finally seemed to consecrate him as one of the best emerging rappers from Texas in recent years. It was 2019, but now it seems a century has passed as the world has changed radically since then, especially for Maxo. In fact, while the threat of Covid-19 began to explode in America, Maxo Kream‘s brother died, involved in a shooting in Los Angeles. From that moment, the Houston rapper’s lucky star seemed to have eclipsed and the rapper’s name disappeared from the mainstream spotlight, practically until the end of September 2021, when Maxo, released a new single and video, along with the 2020 Grammy winner, Tyler The Creator.

A combination, at least unusual, that finally anticipated the new album by the Texan rapper entitled, WEIGHT OF THE WORLD, released on October 21st, and which, among other things, in our opinion will prove to be the most mature and conscious work to date among the Maxo Kream‘s discography, artistically speaking too. In fact, Maxo‘s excellent storytelling is perfectly orchestrated along the 16 tracks of the album, which also boast the heavy collaborations, in addition to the aforementioned Tyler, of A$AP Rocky, Freddie Gibbs and Don Toliver.

Listen to "WEIGHT OF THE WORLD"

When two of the best street lyricists that the East Coast Hip-Hop scene has known in recent years decide to join forces the result can only be like an uppercut in the stomach. Mathematics is not an opinion, even if art often cannot be reduced simply to arithmetic sums of the values ​​in the field. But In this case, the enormous amount of talent involved is so evident that the result is already known, even before hitting the play button. Once you will immerse yourself in “Coup De Grace“, the new collaborative album between the New Jersey’s native, Ransom (read here the interview he gave us) and, the Brooklyn MC Rome Streetz, you will immediately be sucked into a hard boiled film or into a lyrical noir, where the two protagonists, through bars of immaculate precision and richness of details, relive their story: from hustling on the street corners of the slums, up to turning life, transforming their street knowledge and entrepreneurial instinct into legal ways of making money. Like John Travolta and Samuel L. Jackson in “Pulp Fiction”, Rome Streetz and Ransom are the perfect partners-in-crime, who will plant a couple of rhymes in the middle of your forehead, while they would recite your last sermon. 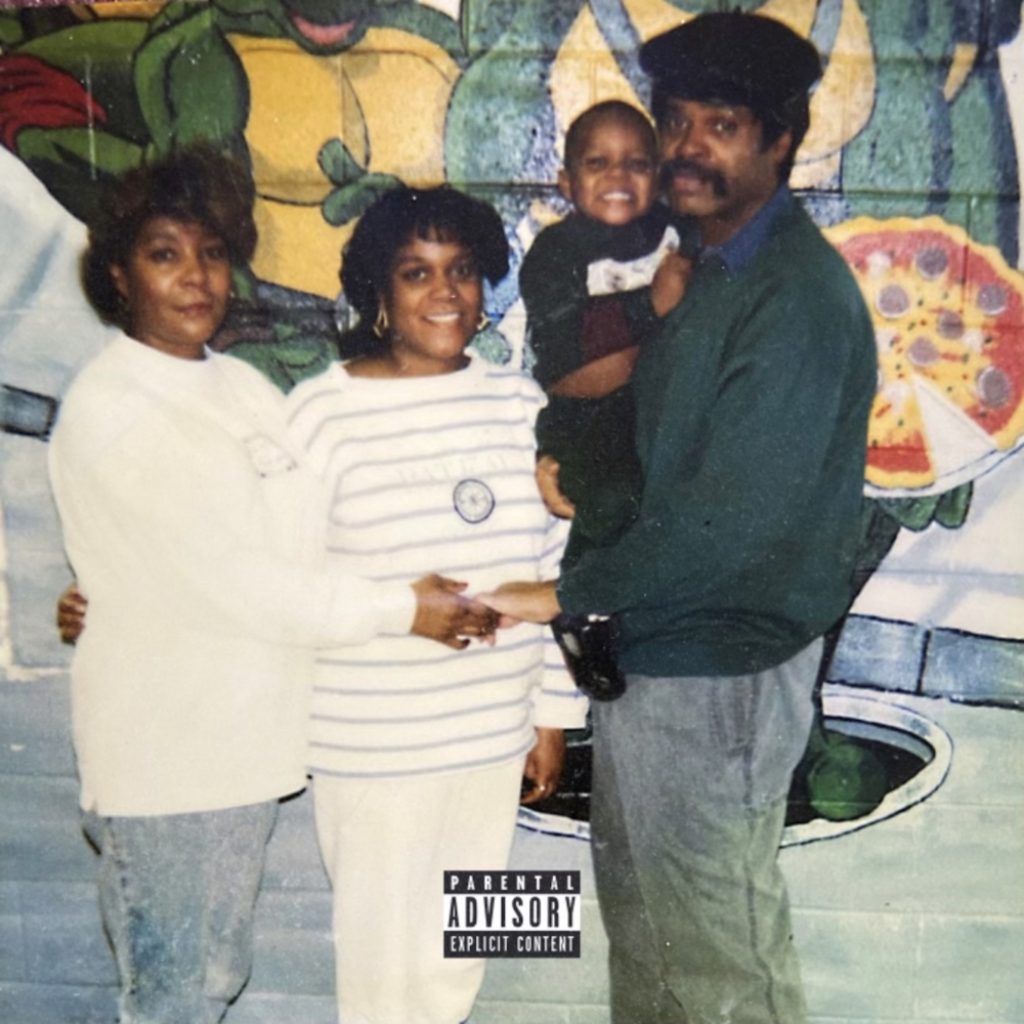 In Detroit, Payroll Giovanni is considered an institution: with the Doughboyz Cashout, in fact, he wrote the recent history of the City of Motors Hip-Hop scene, thanks to the numerous mixtapes released in the last decade by the group, which influenced the sounds of much of the Rap music coming from the capital of Michigan nowadays. Giovanni’s Way, the latest Giovanni Payroll album, as the title can easily guess, tells the hustler mentality and the journey that led the rapper to achieve financial success starting from the streets of Westside of Detroit. Giovanni’s Way is, in few words, a manual and direct testimony of what it means to be an hustler, illustrated by the authoritative and credible voice of its protagonist. To pay tribute to the artistic influence that Payroll Giovanni had on Detroit, we find among the featurings Kash Doll and Tee Grizzley, two rising stars of the US mainstream scene who are coming from the Motors City. 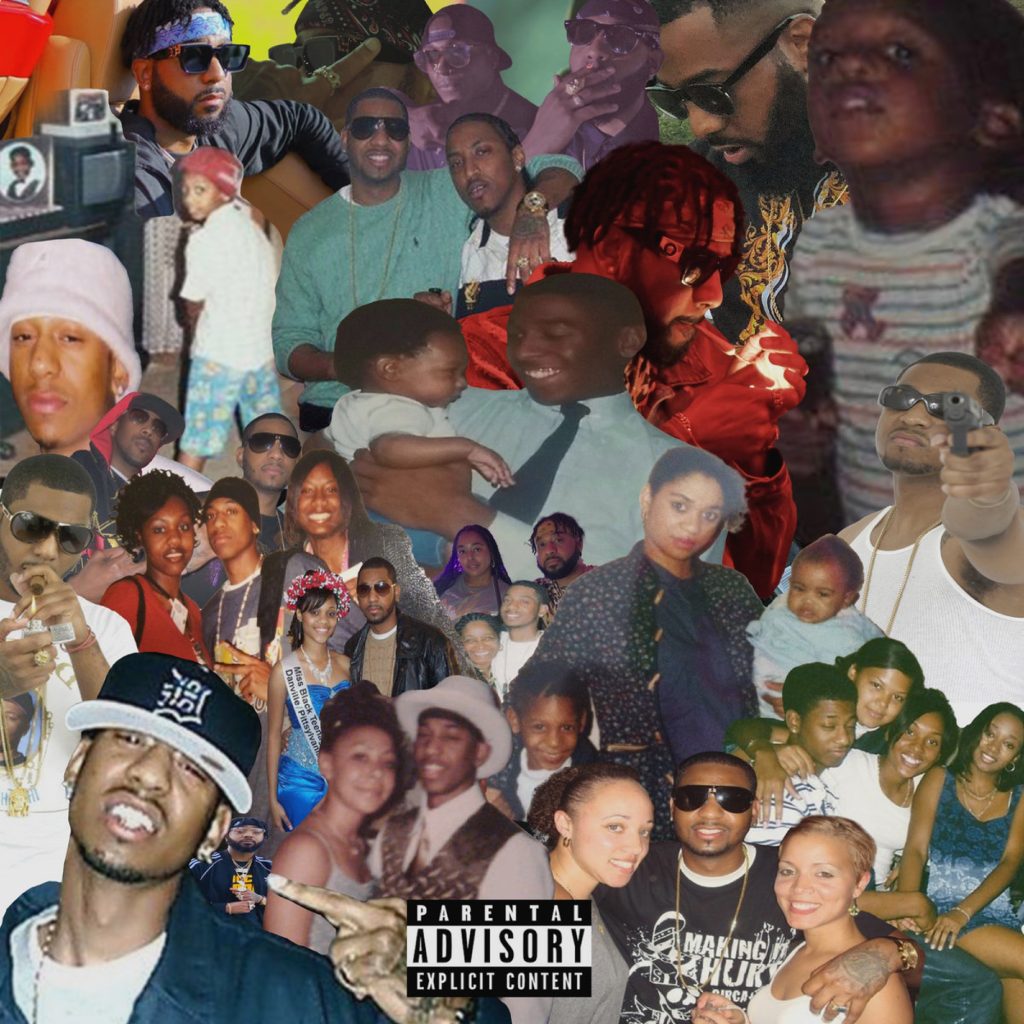 Player Made All Hail Y.T.

Raised between Texas and Delaware, All Hail Y.T. has a very interesting story to tell (and we will tell it deeply in our pages very soon…) and Player Made, his latest album, is undoubtedly the perfect synthesis and reflection of his personal and artistic journey. In fact, along the Player Made’s songs you can “breathe” the extremely different musical and cultural influences that have shaped All Hail Y.T., which moved from the hot deep South of the United States, a few hundred kilometers from the border with Mexico, to the temperate and peaceful state of the northeastern coast. All Hail Y.T. in Player Made, photographs the passages of his life, that formed him as a man, managing to amalgamate the wide spectrum of sounds that belong to his musical background and adapting them perfectly to his own style.

Listen to "Player Made" 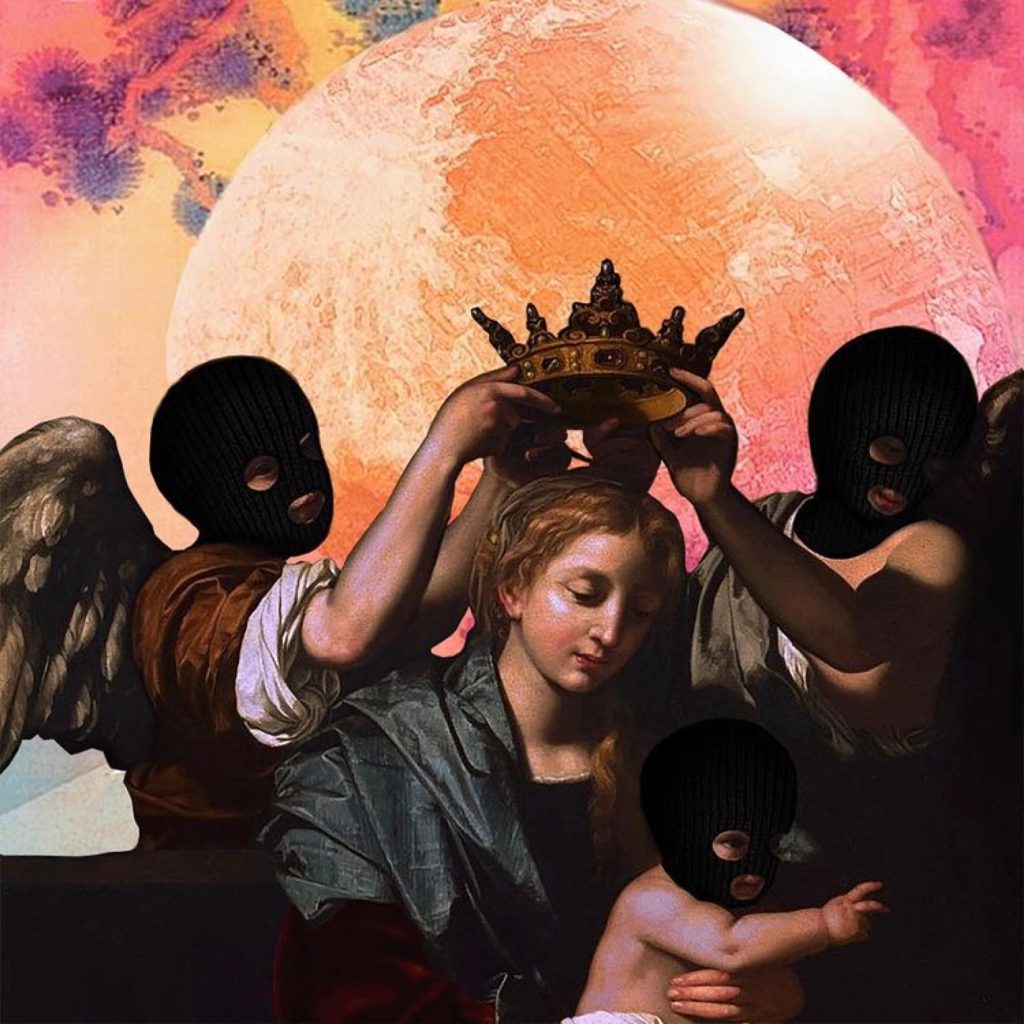 If You Know You Know Elcamino

The artistic and personal Elcamino maturation, rapper from Buffalo, NY, continues at astonishing rates and despite his relatively young age (27) and several legal problems on his shoulders for past mistakes, he boasts a prolific discography as an independent artist and is the CEO of a clothing brand (“Anti Gun Violence”). Sure, growing up under the wing and closely following the example of greats like Westside Gunn, Benny The Butcher, Conway or the late DJ Shay (RIP) can help, but if you don’t have the right approach, the will, resilience and the talent you won’t go nowhere equally. But Elcamino, instead, is coming a long way and is running on his own legs. His latest project, If You Know You Know, beautifully produced by another Buffalo kid, Camoflauge Monk (known to be one of Westside Gunn’s trusted producers since day one), is undoubtedly one of his best works up to this point. Throughout the 18-minute duration of the album, Elcamino pours his soul out describing the trials and tribulations he has suffered since he was a child, growing up in poverty between Buffalo and Baton Rouge. In short, the rapper from Buffalo is telling us his still in progress story of redemption, accompanied for this occasion by the exceptional beats of Camo Monk and by the high level collaborations, which include Meyhem Lauren, Billie Esco, Boldy James, Skyzoo, Jae Skeese and King Ralph.

Listen to "If You Know You Know" 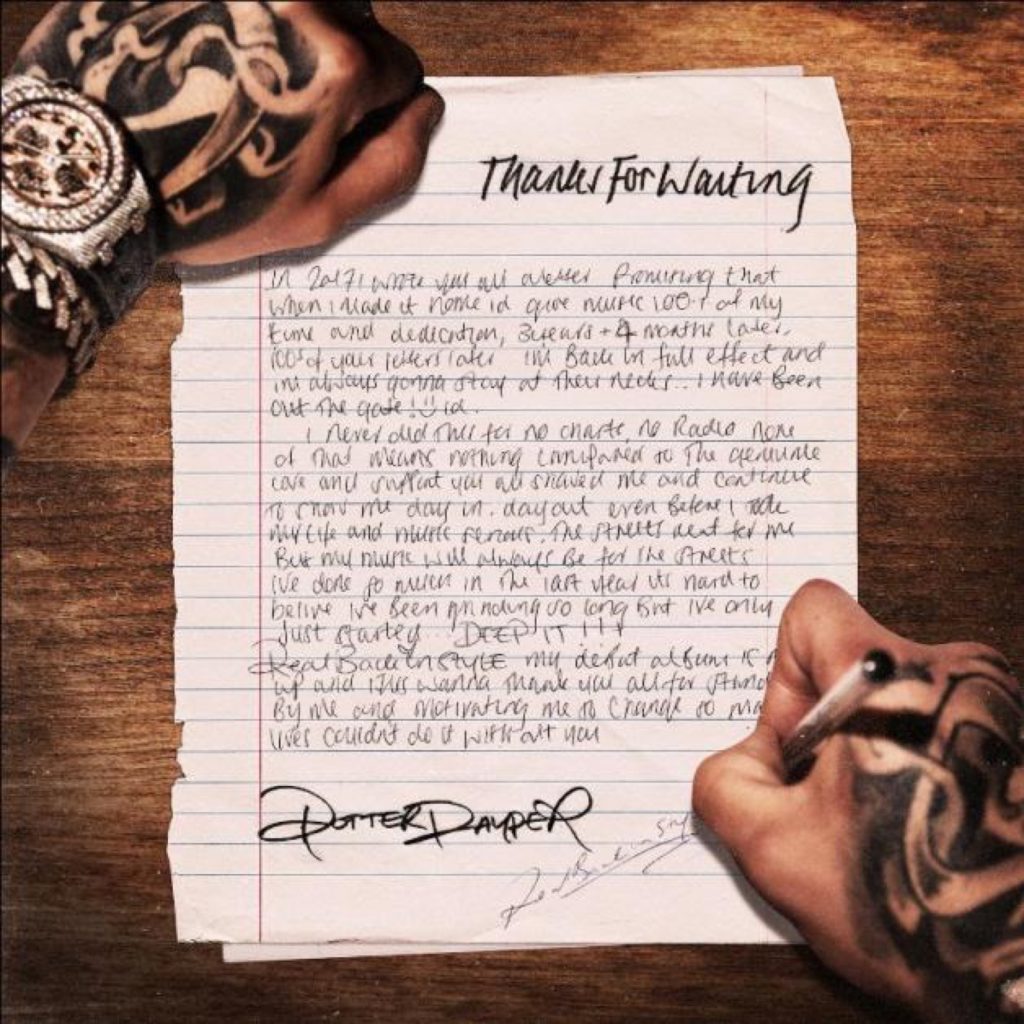 Thanks For Waiting Potter Payper

It was 2018 when Potter Payper, born Jamel Bousbaa, rapper from Barking (East London) was sentenced to several years in prison. His career was rocketering at that moment, but as we already know that you can’t fit two shoes with the same foot, so the street life, described with lyrical qualities and credibility by the English rapper, cannot coincide with a prolific music career and, sooner or later, it presents its bill. Released from prison in 2020, Potter Payper has however gained that awareness of those who went through hell’s fire and survived: He has paid for his mistakes and now can unleash his great talent, telling the scars he carries inside. With the new album “Thanks For Waiting“, Potter Payper thus rewards fans who have waited for him and takes over the UK scene as one of the strongest street lyricists around, with one of the best UK albums of the year.

Listen to "Thanks For Waiting" 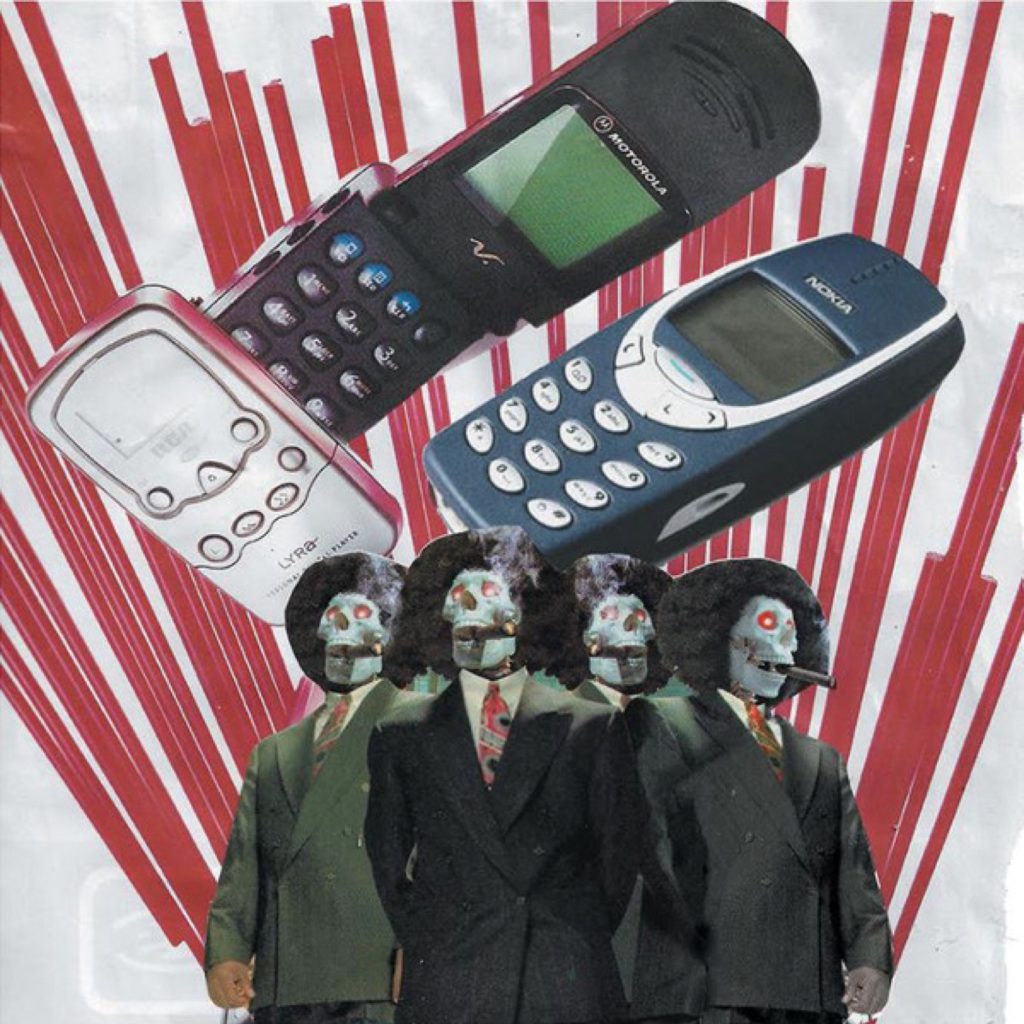 It is not the first time that in these columns we have told you about this Birmingham MC, aka SonnyJim. Indeed, his work ethic and the quality of the projects that he has been releasing for years, in our opinion, crown him as one of the most important voices of the UK and Europe underground Hip-Hop scene. This is also demonstrated by the connections that SonnyJim has made over the years with numerous overseas colleagues (from Vic Spencer to Buckwild and Kool Keith to name but a few) and with the main underground realities of the European continent, from the italian Tuff Kong Records to the Danish Copenhagen Crates, whose home producer, Machacha is also the author of the beats for this new SonnyJim project, titled “New Phone Who Dis”. The distinctive vocal timbre and style of the British rapper are perfectly accompanied, in fact, by the productions of the Danish beatmaker, making this “New Phone Who Dis” yet another solid project to add to SonnyJim‘s great discography.

Listen to "New Phone Who Dis"

Not a month goes by without the rapper from Milan (Italy), Poppa Gee releasing new music. Like graff bombers bomb city walls, Poppa Gee is trying to get his name to the people’s attention by spinning it around as much as possible. And if the Rap audience and the media will continue to pretend that this Milanese MC with the covered face and hardcore rhymes do not exist, turning their ears away, Poppa Gee will continue to bomb the scene with his vitriolic rap, as long as he will take the lead, the respect and attention it deserves. Like the protagonists of the 70’s Italian crime movies, often sampled in the skits of his projects, Poppa Gee represents those who are still tied to the sacred old school codes and values and fight alone with their own forces against the rotten system, where it seems no more principles exist. Here above the beautiful beats produced by GSQ in “Le Mani Sulla Città“, Poppa Gee  continues his war against the fakeness that populates the mediocre Italian Rap scene, including references to the underground world of graffiti and the old streets of Milan, which now seems to no longer exist as they were once.