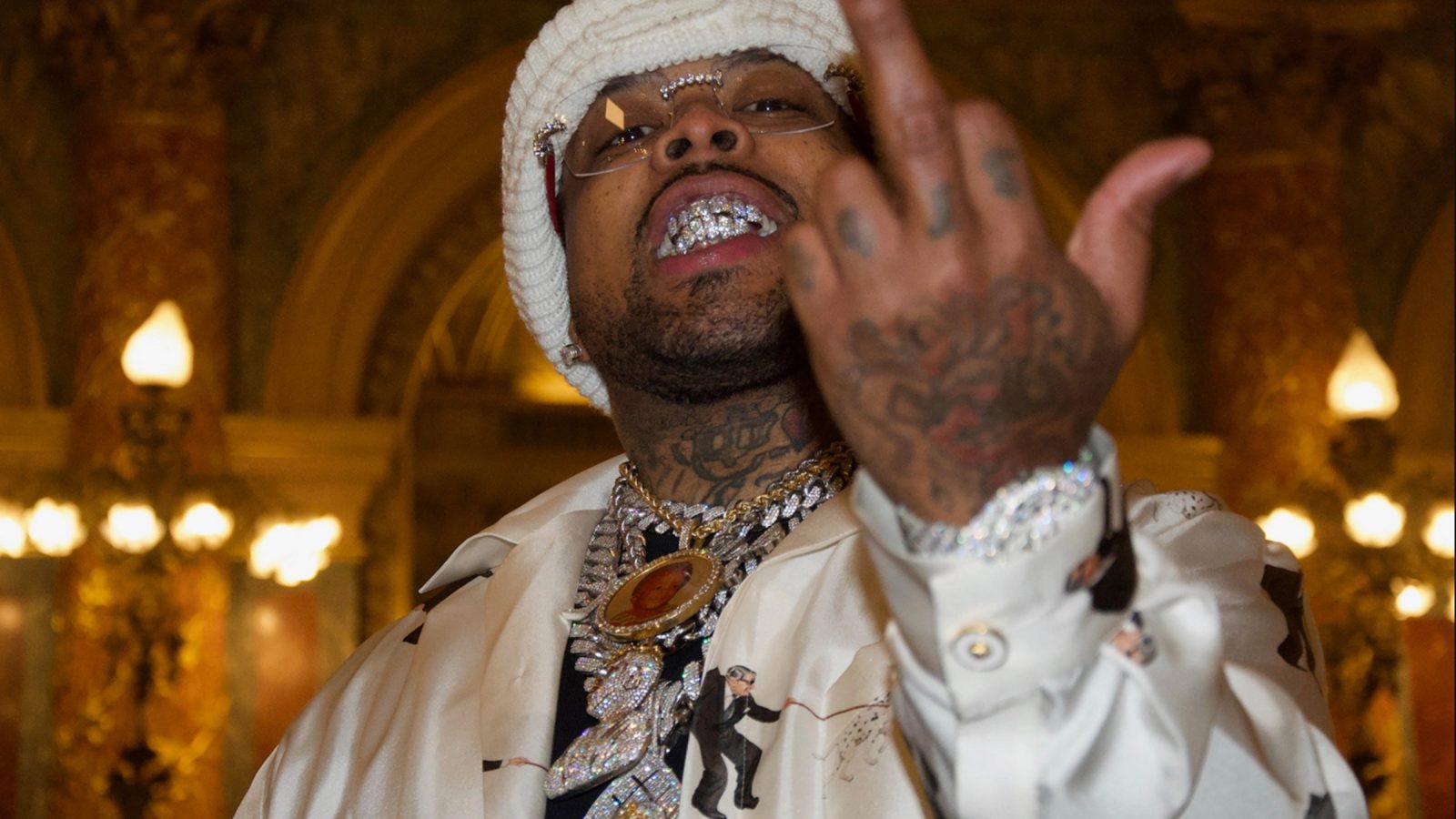 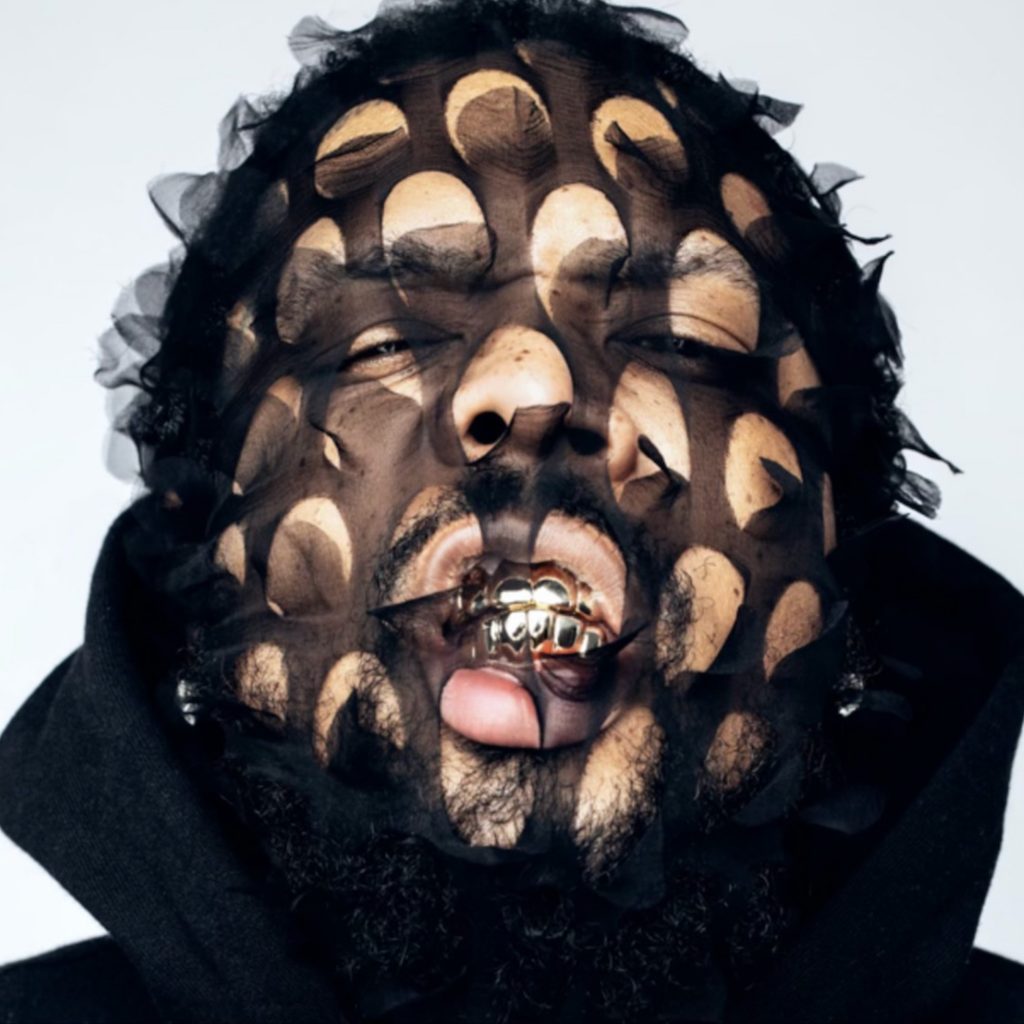 The incredible marathon of the visionary genius from Buffalo (NY), owner of Griselda Records, Westside Gunn, started 9 years ago with the first chapter of “Hitler Wears Hermes“, comes to an announced, probable, epilogue with the eighth part of series (as the subtitle “Sincerely” could also imply) that, objectively, has changed the recent history of this genre, making the classic and raw sound of East Coast street-rap popular again, thanks to the innovative twist that W$G has instilled to it. What, in fact, made Westside Gunn a game-changer, in addition to his brilliant artistic vision and approach to music (“I’m Picasso with the paintbrush“.), is definitely the originality of his thinking.

W$G is one of those rare individuals able to see firstly things that others do not see and daring to take paths, which others do not have the courage to take. A unique mind, one-of-one (one of one), as Westside Gunn himself often reminds us , between bravado and self-esteem, whose future moves remain unpredictable and, therefore, legitimize the doubt about a possible end to his career, as a rapper. In the meantime, let’s enjoy the present, that is the double album “Hitler Wears Hermes 8: Sincerely Adolf”, which with yet another clever trick W$G fragments into two tranches, postponing the Side B of the album. Another great news regarding his eventual retirement, is that the genius from Buffalo has guaranteed that he will continue to curate and direct the artistic production of his label’s music (perhaps not only), following in the footsteps of another visionary like Master P.

Listen to "HWH8: Sincerely Adolf (side A)" 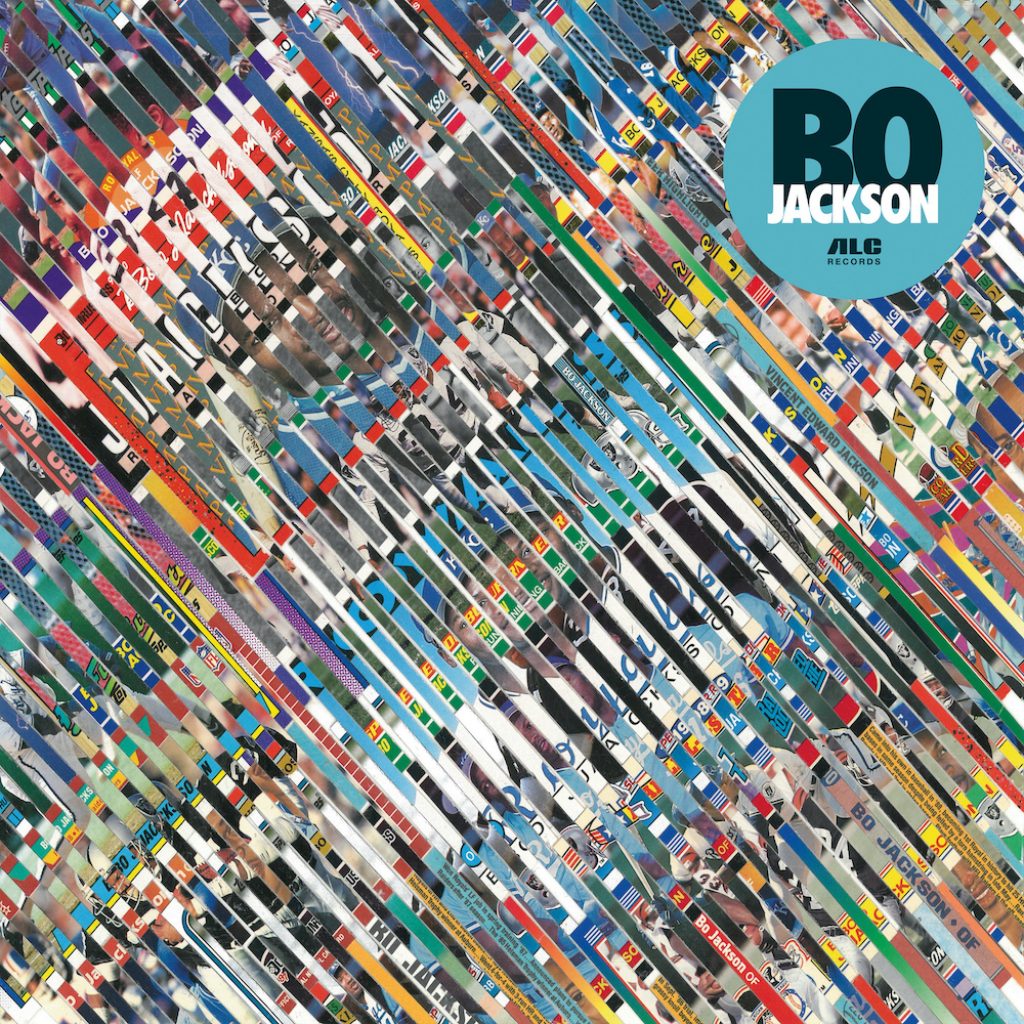 You don’t change a winning team. Last year, few pairs of artists proved to work as splendidly as the one between Detroit rapper, Boldy James, and Californian producer, The Alchemist. So, after the incredible The Price Of Tea In China, released in early 2020, the two with their new project, entitled “Bo Jackson” (legendary former All-Star of both baseball and football leagues), score their second touchdown, managing to equal or even exceed the level reached by last year’s collaboration. The chemistry between the gloomy beats provided by the (as usual) phenomenal The Alchemist and Boldy James‘ dark-hued ‘cinematic’ rap works magically like coke with baking soda, sucking the listener on a journey into the ghettos of the East Side Detroit. 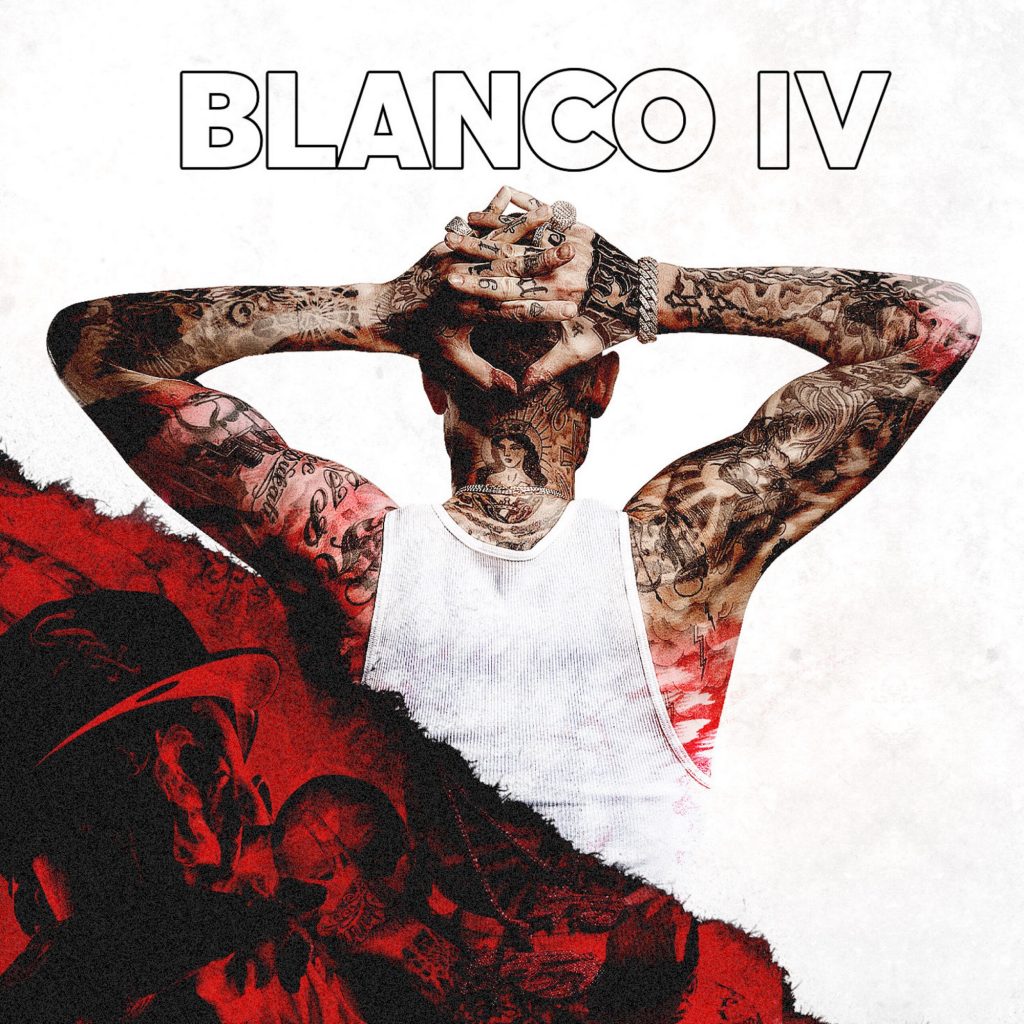 Often prejudices, even in music, can totally obscure our vision of reality, also preventing us from savoring and enjoying talents that we are neglecting due to some preconception that has infiltrated our heads. We suggest you not to make this mistake with Millyz, rapper from Cambridge, not far from Boston (Massachusetts). Yes, because behind this skinny boy, with Northern European hereditary traits, completely covered in tattoos, and his street lyrics, there is not the usual impostor served up by the industry labels, who need a product that can be sold to the masses of white kids. Millyz, in fact, over the years has earned both, his right for talking about the streets, being accepted by them, and his credibility as a rapper and artist, so much so that he was welcomed under the wing of a legend like Jadakiss.

2021 could be the definitive year of his consecration. After having released together “Pablo & Blanco” along with Harlem rapper Dave East, he returns with his “Blanco 4“, a project with several guests from Jadakiss to Benny The Butcher, passing from G-Herbo and Asian Doll, which exactly reflects the direction in which the music of the rapper originally from Cambridge goes. In fact, don’t even be fooled by the catchy hooks and autotune, Millyz’s rap is in fact excellent street lyricism that perfectly manages to combine current sounds with skills, contents and attitude of Rap of a certain mold. If you don’t trust us, ask Jadakiss. 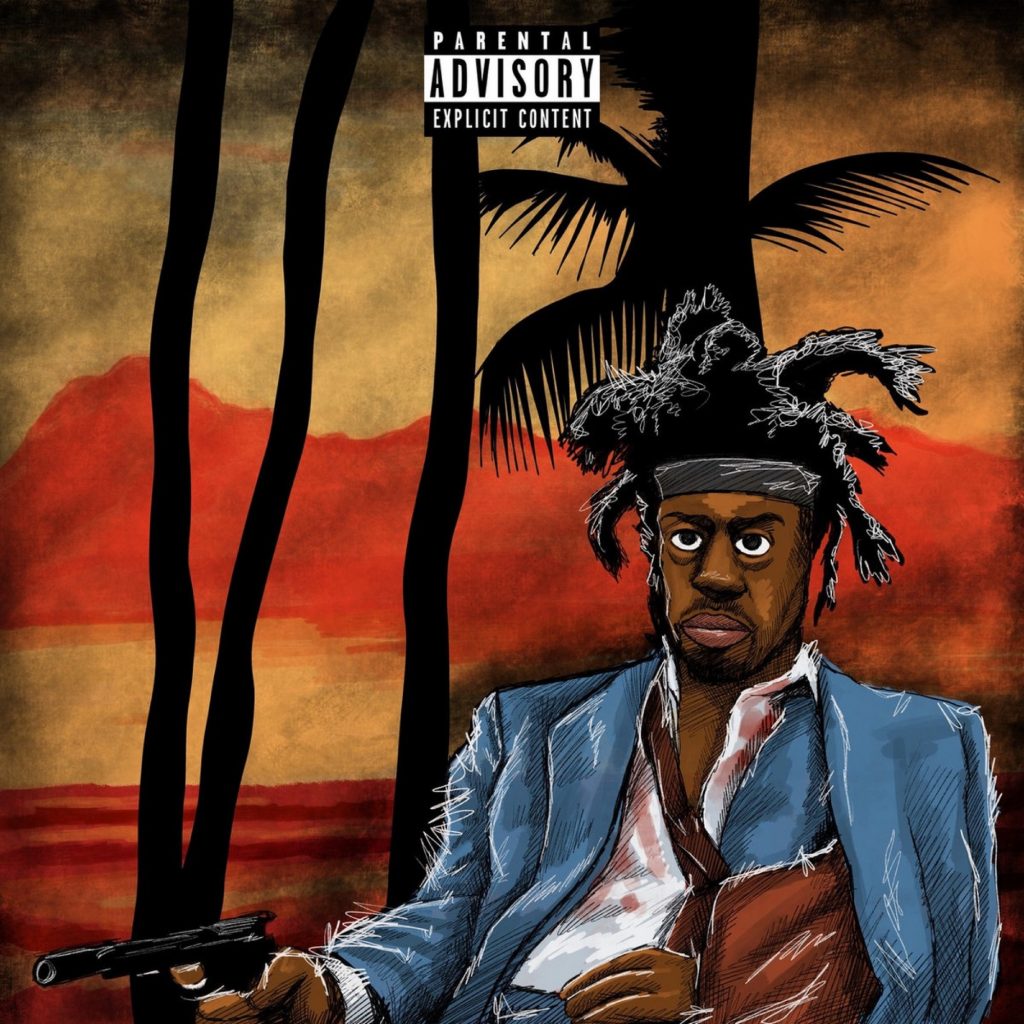 Right now, among the underground scene there are very few beatmakers capable of finding and cutting out samples like Canadian producer Nicholas Craven, while the Atlanta rapper Tha God Fahim, known for being affiliated with early Griselda Records, is confirmed as one of the most prolific MCs on the planet by far. In “Dump Gawd: Shot Clock King”, Tha God Fahim disseminates with some of his wisdom jewels the extraordinary 7 soul-flavored gems provided to him by the Vancouver beatmaker, supported by the always interesting participation of Your Old Droog, featured in 2 tracks of the EP in question. The self-proclaimed “Dump Gawd” (in a kind of neologism coined by him) rapper’s calm cadence and reflective rhymes match perfectly with the harmonious productions created by Nicholas Craven, resulting in a pleasant 15 minutes that also make you think. 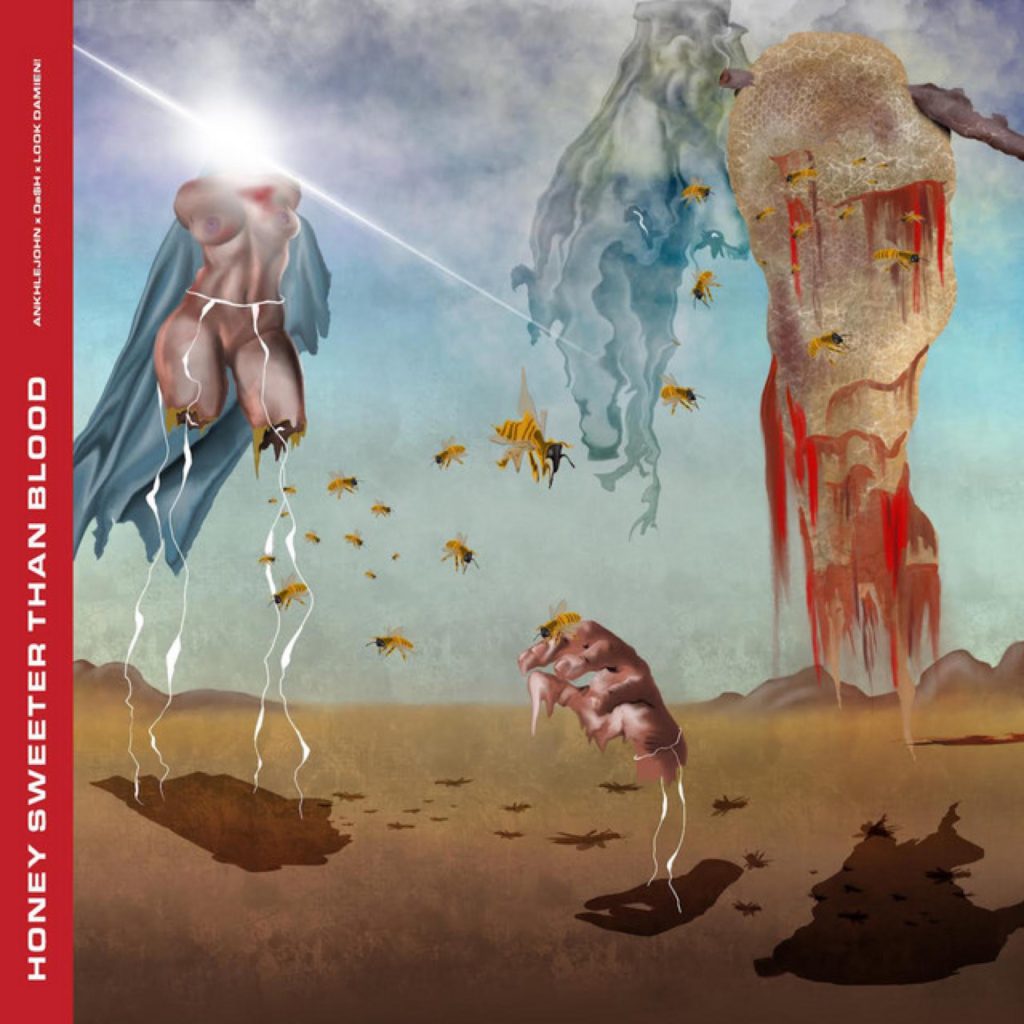 If we listen to “HONEY SWEETER THAN BLOOD,” the new project created by New Jersey rapper Da$H and Ankhlejohn, the Washington D.C. (Virginia) emcee and entirely produced by LOOKDAMIEN!, while staring at its cover, inspired by the surrealist paintings of Salvador Dalì, we would discover that the psychedelic effect caused in both of our sensory systems, in some way, is similar. We do not know if the result is wanted or not, but the style, the voice and the particular flow of the two rappers, unique in their kind, brush almost surreal and dreamlike visions on the canvases filled by the productions of LOOKDAMIEN! The screeching of voices, techniques, rhymes and productions creates an effect that makes perfect sense, in its “surrealism”.

Listen to "HONEY SWEETER THAN BLOOD" 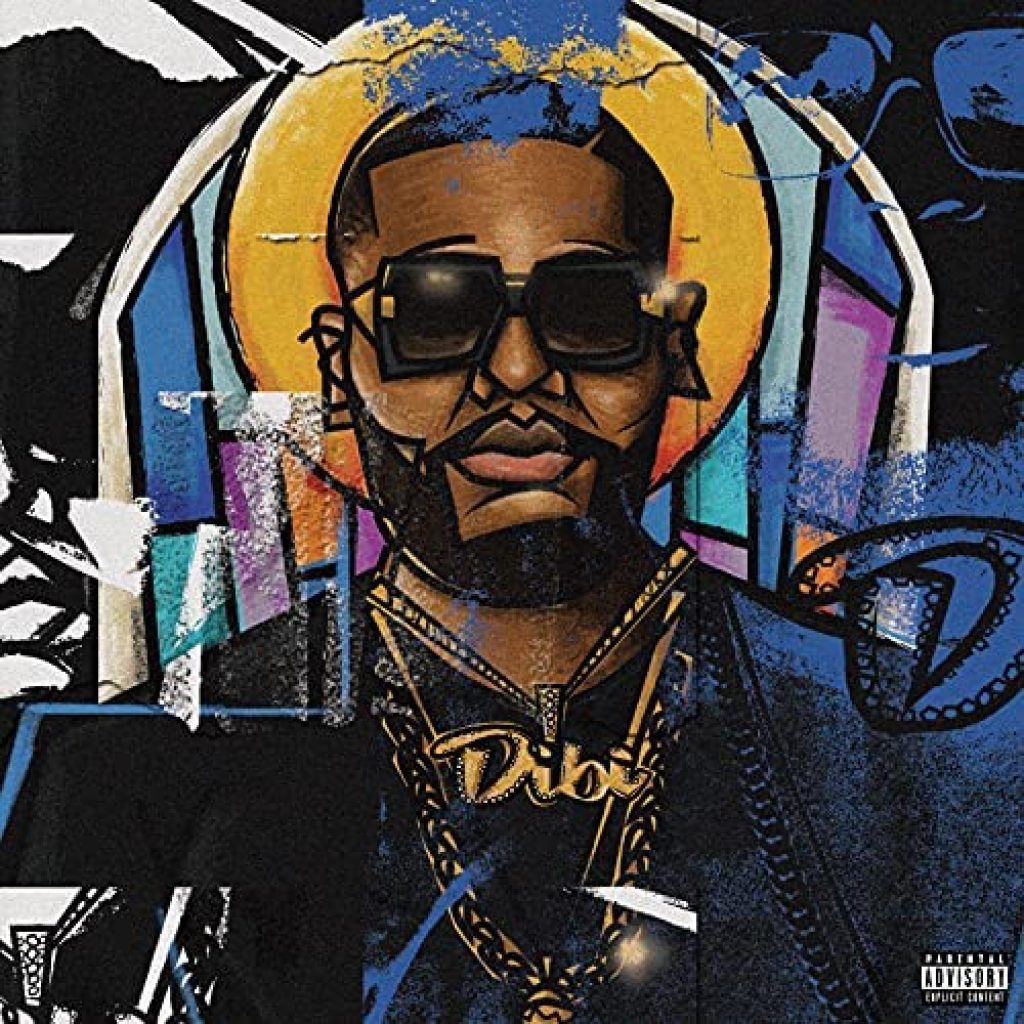 The American Hip-Hop scene is made up, also, and perhaps mainly, of local rappers, with a good following in their cities and states, but whose name has not yet succeeded, for one reason or another, to cross the borders of the state and enter the circles of the national and international media outlets.  This vicious circle, so to speak, has been highlighted by the history of Griselda, for example: the same Benny The Butcher and Conway, despite years and years of career and a moderate success within the regional borders, have had some resonance outside of these, only after their thirties. A similar story could be that of Dibiasi, a rapper in his thirties from New Jersey City.

Despite having a long apprenticeship in the local scene and possessing a not indifferent lyrical talent, as well as charisma and respect for his city, witnessed by a couple of murals with his face around his hood, inexplicably, his name struggled to cross the borders of New Jersey. With his latest EP, titled, “GODFIDENCE”, Dibiasi proves that his name certainly deserves much more ambitious stages. 7 songs of pure street lyricism and well executed rap, with also a featuring by his fellow citizen Ransom. 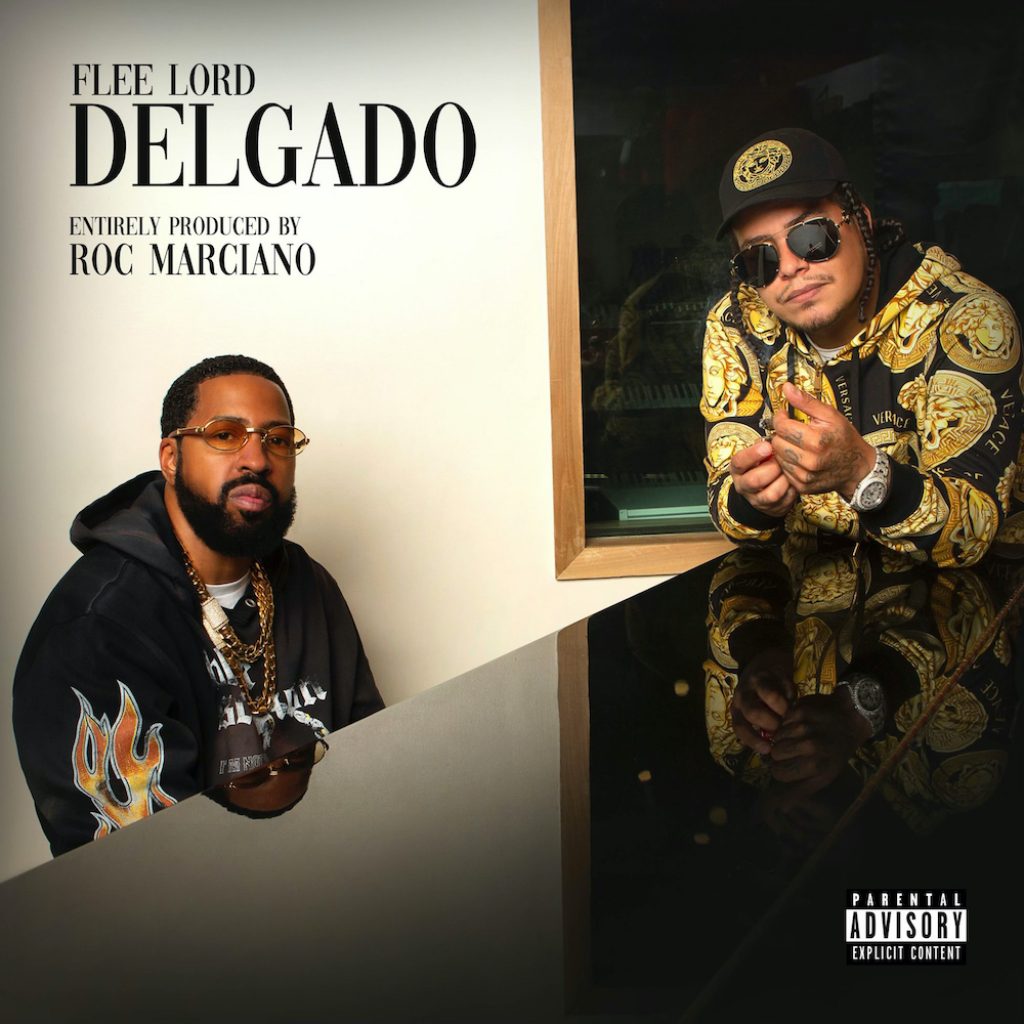 Many know the impact that Roc Marciano has had on Hip-Hop culture as a rapper, but his skills as a producer are still infinitely underestimated. Last year he had already tailored a very high-class suit for the Mc of Syracuse, Stove God Cook$, with “Reasonable Drought”, making it, net of the great qualities of the rapper, one of the best projects of 2020. So also this year, Roc Marci returns behind the machines as a talented producer, with a new project entitled “Delgado“, together with the Far Rockaway rapper, Queens (NYC), Flee Lord. The raw voice and the rough rhymes of the latter still “stink” of the streets and projects of the hood, but Roc Marciano excellently succeeds in the task of tailoring an elegant evening suit for the occasion. Accompanying Flee Lord, above Roc Marci‘s superfine beats, we find, in addition to himself, Conway The Machine, Ransom and Stove God Cook$.