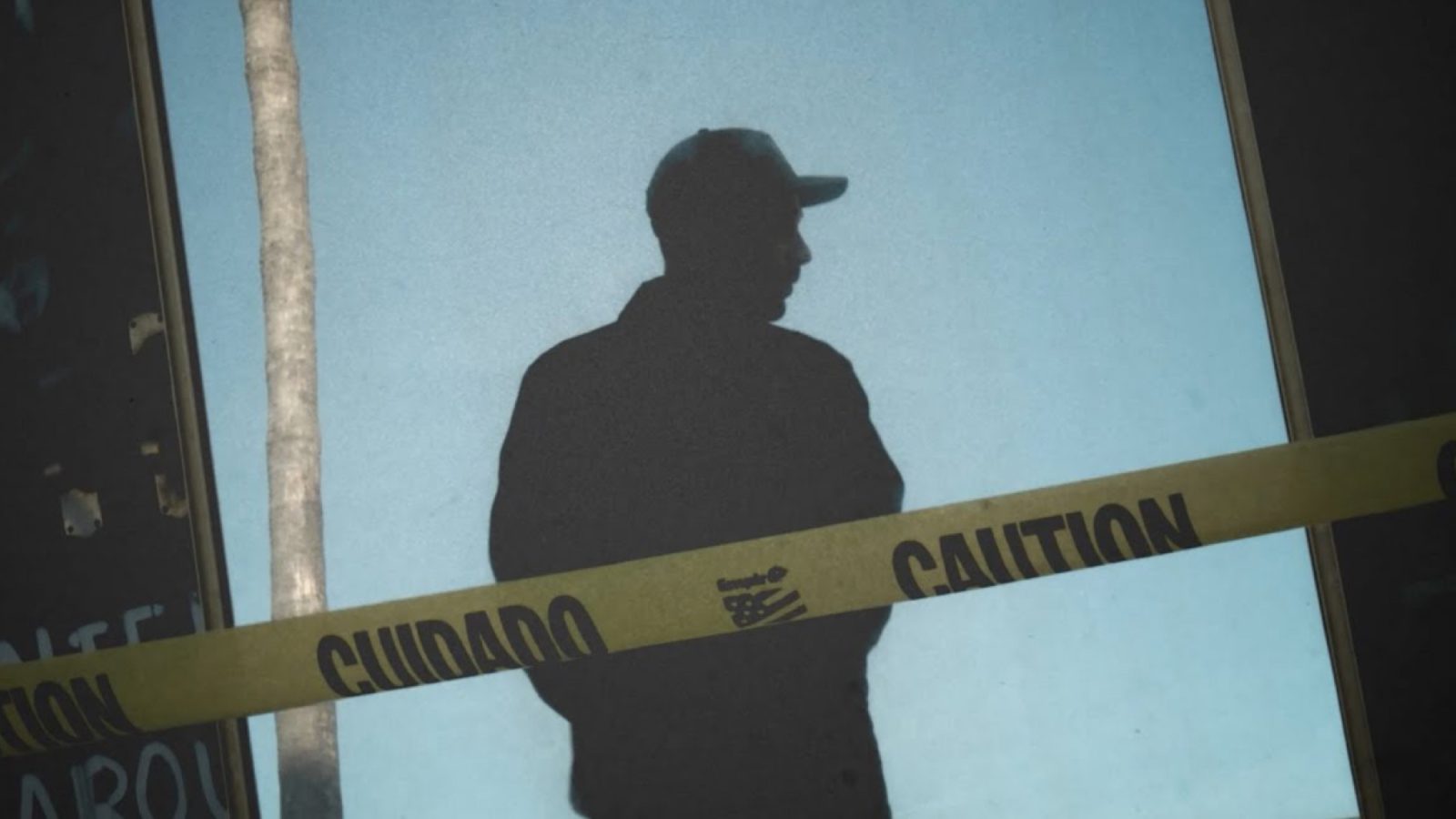 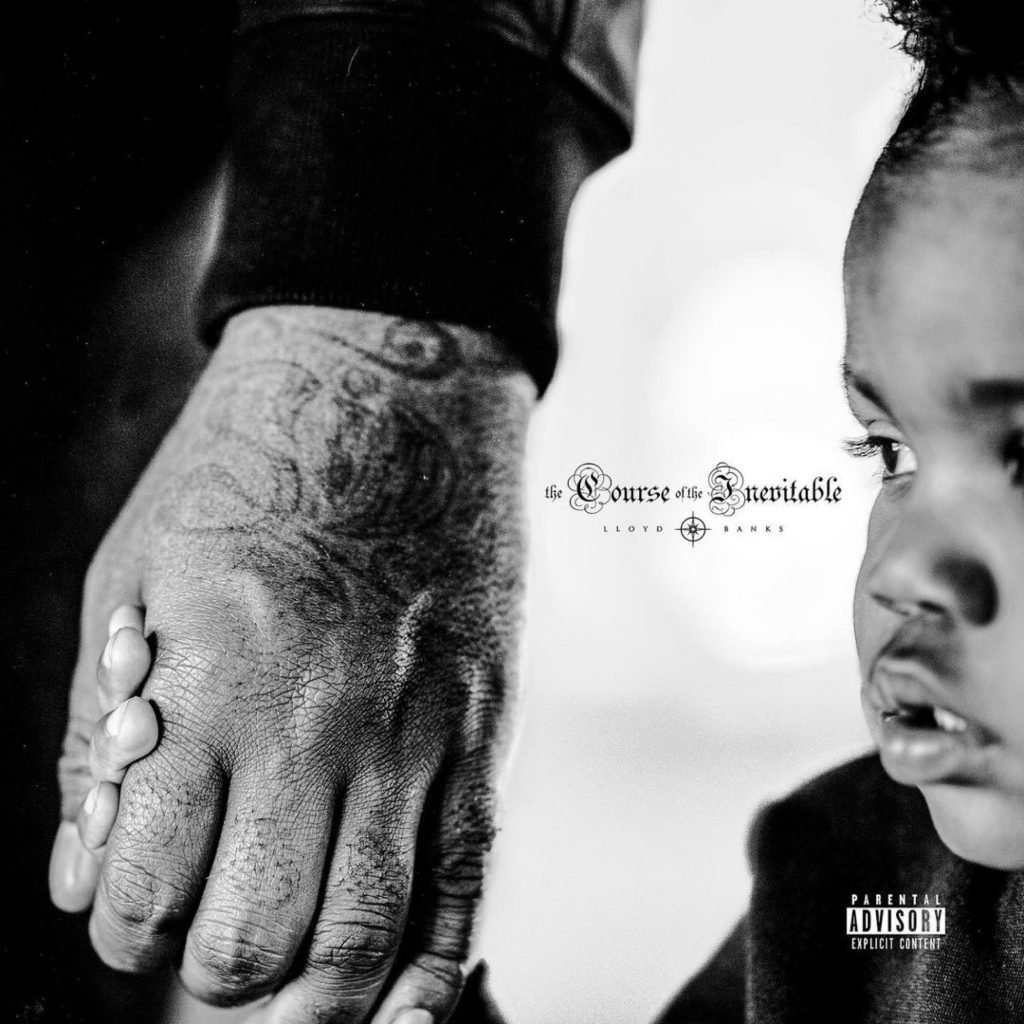 The Course Of The Inevitable Lloyd Banks

G-Unit, for those who grew up with the ‘00-’10 decade Hip-Hop, represented the last big blaze of New York gangsta rap, when it was still able to influence trends and dominate the world rankings, before the ball passed to new sounds that came from the Southern states. More than ten years after his last solo album,  the G-Unit member, known by the name of Lloyd Banks, who has always been considered the most lyrically gifted among the New York super group and, especially, the one that embodied its most underground and hardcore soul, is back with a new album, entitled “The Course Of The Inevitable“. If during the G-Unit period, 50 Cent’s powerful and bulky personality, perhaps, had overshadowed his incredible qualities, today, when the musical world has changed at a supersonic speed, in a way that period already seems Jurassic,  Lloyd Banks is back with an important statement for the game.

The Queens (N.Y.C) MC has, in fact, remained faithful to itself, to its values, and not even its music, with what it represents, has changed to pursue the newest trends. For this reason, within the album we find some of the most valid living street lyricists. There are, in fact, only those who are able to sit at the same table as Lloyd Banks, such as Ransom, Benny The Butcher, Freddie Gibbs, Styles P, Vado. No trendy names to attract new audiences.

The coherence of “The Course Of The Inevitable” paid off, however, also in terms of rankings and success, despite being a totally independent production. An important signal for a market, already saturated with the garbage with which the great labels and platforms have flooded the mainstream. Perhaps, there is an increasingly large slice of the public willing to invest in that quality street rap, too often relegated to the underground.

Listen to "The Course Of The Inevitable" 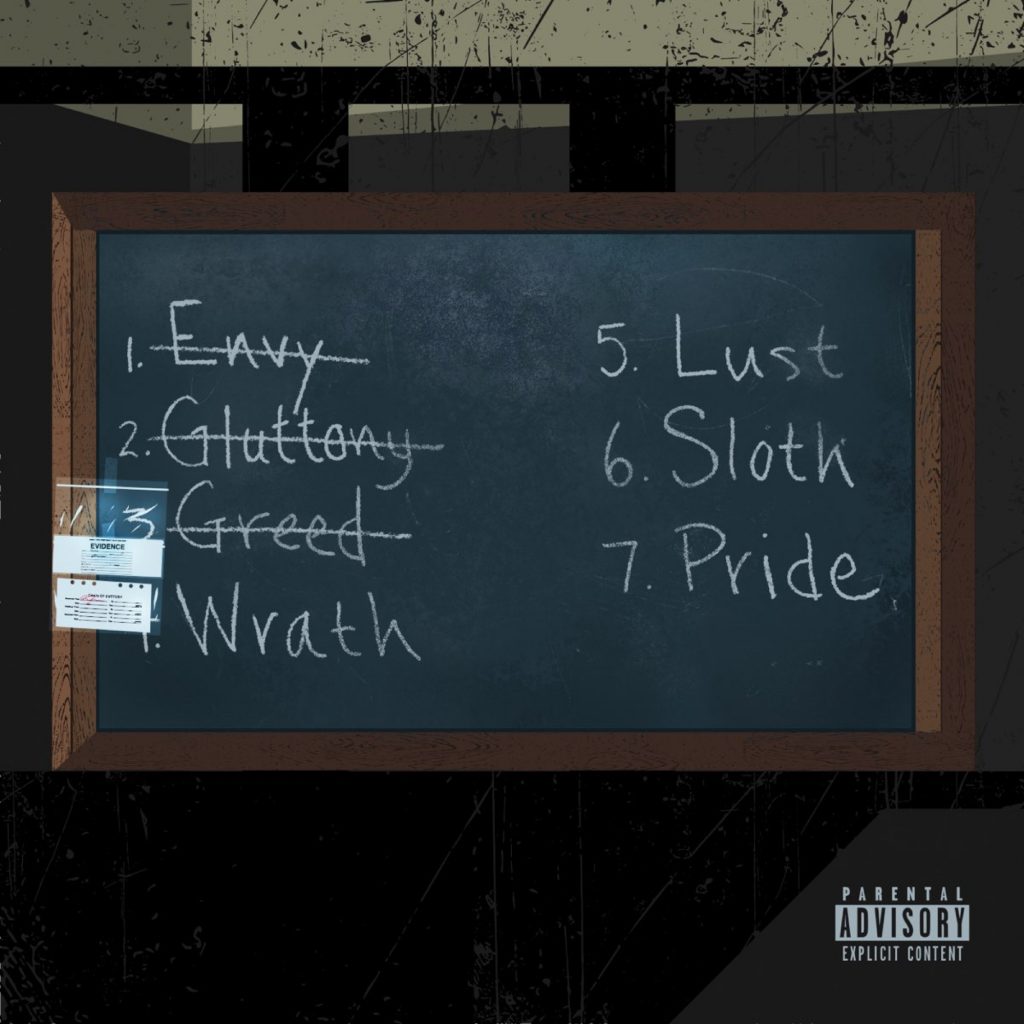 When the frustration of seeing your talent and work underestimated for years, the thirst for revenge and anger, can blind you, but if those feelings are channeled into a new competitive spirit, they could push you to outdo yourself. This is the case of the phenomenal MC from New Jersey, Ransom, who has, in fact, been in an unstoppable run since he picked up the microphone again, at the end of 2019.  Blow after blow he is working on the American Hip-Hop scene body, determined to make it yield and, finally, seeing its greatness recognized, taking home the title of best “pound-for-pound”.

For ThrowUp Magazine, thanks to his Director’s Cut series with Canadian producer Nicholas Craven, he had already earned the title of MVP last year. (Read the interview with Ransom). Ransom, despite an almost twenty years career behind him, is probably now in his prime. The temporary withdrawal probably allowed him to meditate and put the pieces back together to come back stronger than before.

Indeed, with this new project Se7en, inspired by the seven deadly sins and the brilliant thriller with Morgan Freeman and Brad Pitt, he picks up where he left off in 2020. By now, we can say that Ransom has reached a level of craft on the microphone, that he doesn’t even rap anymore, but he preaches. There are too many jewels in his rhymes that we could mention, but we leave to you the pleasure of finding as many as possible. 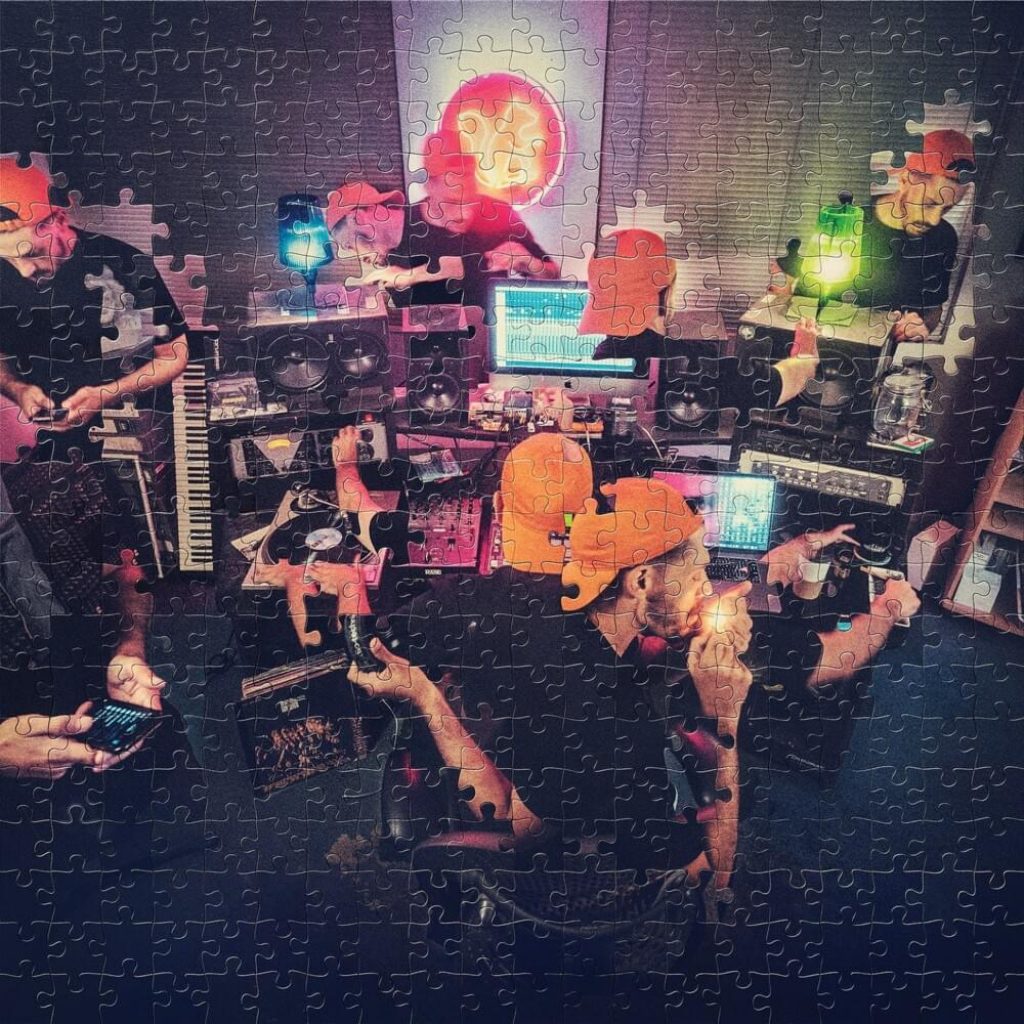 “Unlearning Vol.1” is the new solo project of the rapper, member of Dilated Peoples and ex-graffiti writer from Venice Beach, Evidence, considered, by now in all respects, an institution of the underground scene of the City of Angels (Los Angeles).  Once again, the rapper, born Michael Perretta, proves his strong creativity and ability to express his feelings and reflections with intelligence and skills, through the “slow-flow”, became a trademark during his twenty-year career to the microphone.

In fact, the MC hailing from Venice Beach has reached an artistic and human maturity, which allows him to analyze his life experiences with clarity as a man in his forties and father of a family. All this is accompanied by a mastery on the microphone refined over the years, an exceptional musical carpet, made by some of the dopest producers of the American underground scene, including The Alchemist, Daringer, Animoss, V-Don, Mr. Green, Khrysis, in addition to the Evidence itself.

Furthermore, Evidence seems to have found new inspiration and lymph in the underground movement we told you about earlier. Here are explained the names hosted on Unlearning Vol.1 as Conway The Machine and Boldy James, from Griselda, or Fly Anakin and Navy Blue. 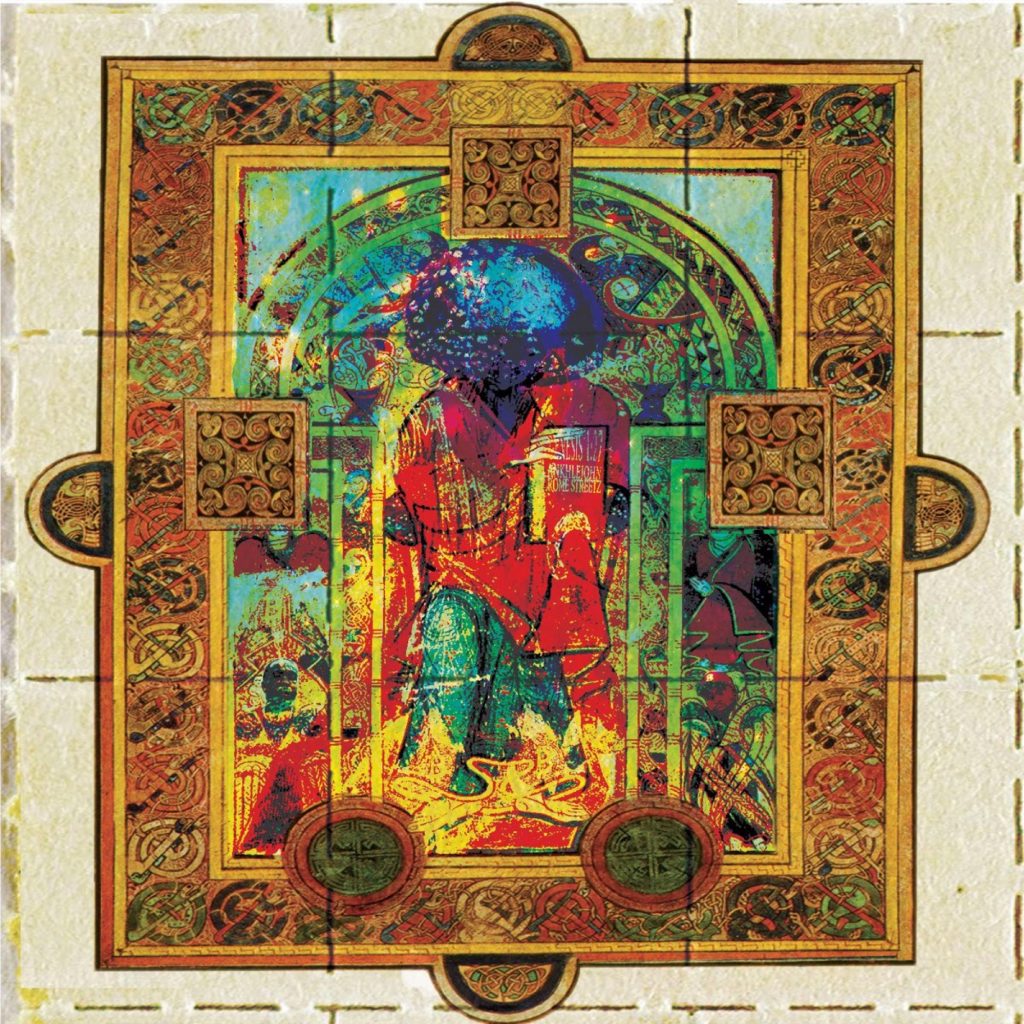 The names of the MC from Brooklyn, Rome Streetz and the Washington D.C. representative, Ankhlejohn, will certainly not sound new for those who follow our magazine pages. The first is back from an epic collaboration with DJ Muggs of Cypress Hill, a few months ago, already nominated to be one of the albums of the year. The second one continues to feed his solid niche of listeners with great consistency and projects of amazing quality.

They are among the best products of the exceptional golden moment of the American underground scene. Thanks to their unique and original delivery and their great work ethic, they both were able to build an immediately recognizable and distinctive identity.

In this Genesis 1:27 they thus decided to join forces, succeeding in the difficult task of amalgamating such strong and particular styles and personalities, in an album of excellent lyrical and qualitative depth, where the contrast between the samples and the raw rap of the two rappers, create that underground feeling of the city alleys. 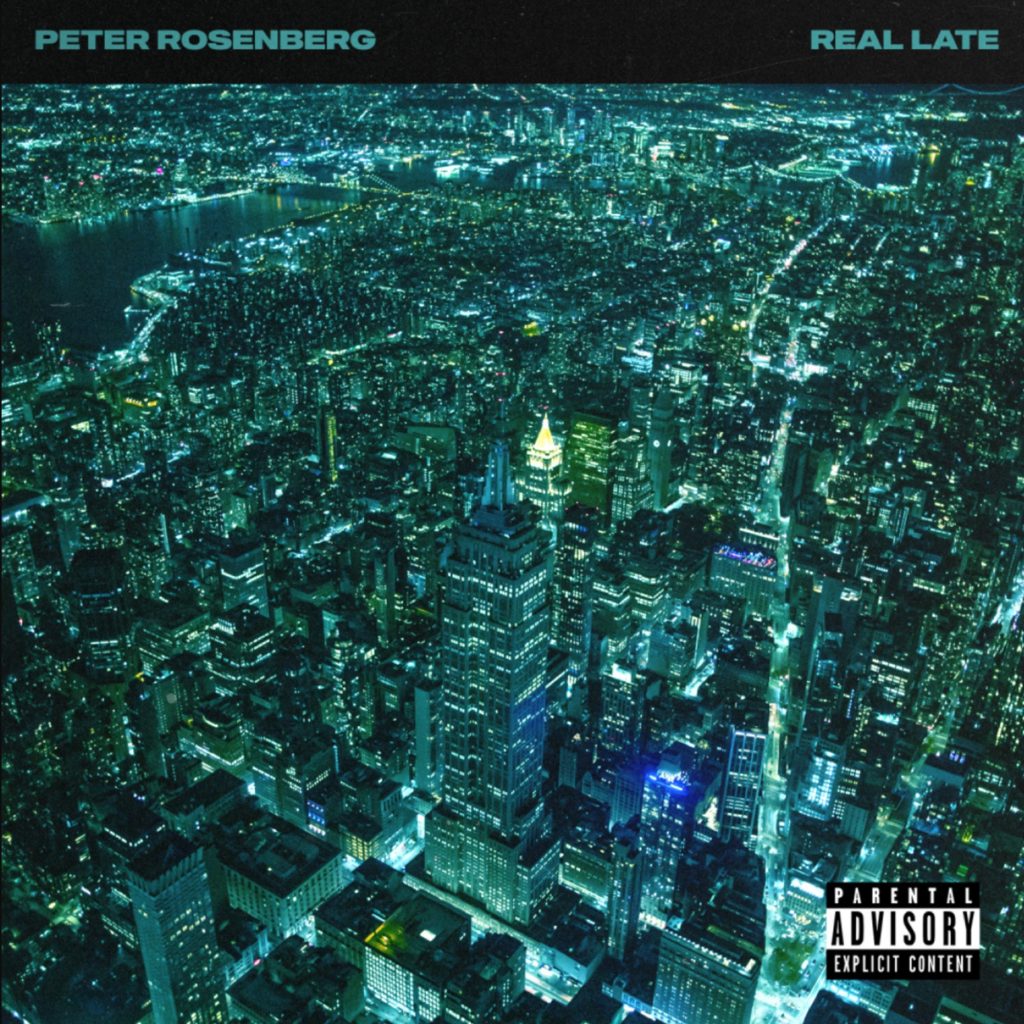 Peter Rosenberg, DJ and host of one of the most important and influential radio broadcasters (Hot 97) about Hip Hop in the States, has been for years a really prepared rap journalist, familiar with the deepest dynamics of the Hip-Hop scene in the Big Apple. He’s, in fact, a true Hip-Hop enthusiast and a student of this culture, attentive to what happens both in the mainstream as in its substrate. Rosenberg was, in fact, one of the first “insiders” part of an influential platform, to take an interest in the “new” underground scene, extremely rich in talent that’s finally emerging.

In addition to inviting some exponents on his radio show, he also managed to orchestrate an album that bridges the gap between the New York golden age and this present renaissance of the underground scene and thus attempts to immortalize the historical importance of this moment. In fact, in this new album-compilation entitled, in fact, Real Late (as the format that airs out late in the evening on Hot 97) Peter Rosenberg puts alongside, on carefully selected beats, legends who have written the history of New York Hip-Hop, such as the members of Wu-Tang, Method Man and Ghostface Killah, or Roc Marciano, to some of the most important exponents of the new American underground scene, from Westside Gunn to Eto and Flee Lord, passing through Fly Anakin, Jay NiCE or Vel The Wonder. Real Late contains several bangers recalling the nostalgia of the classic “golden era” Hip-Hop, in a new contemporary perspective. 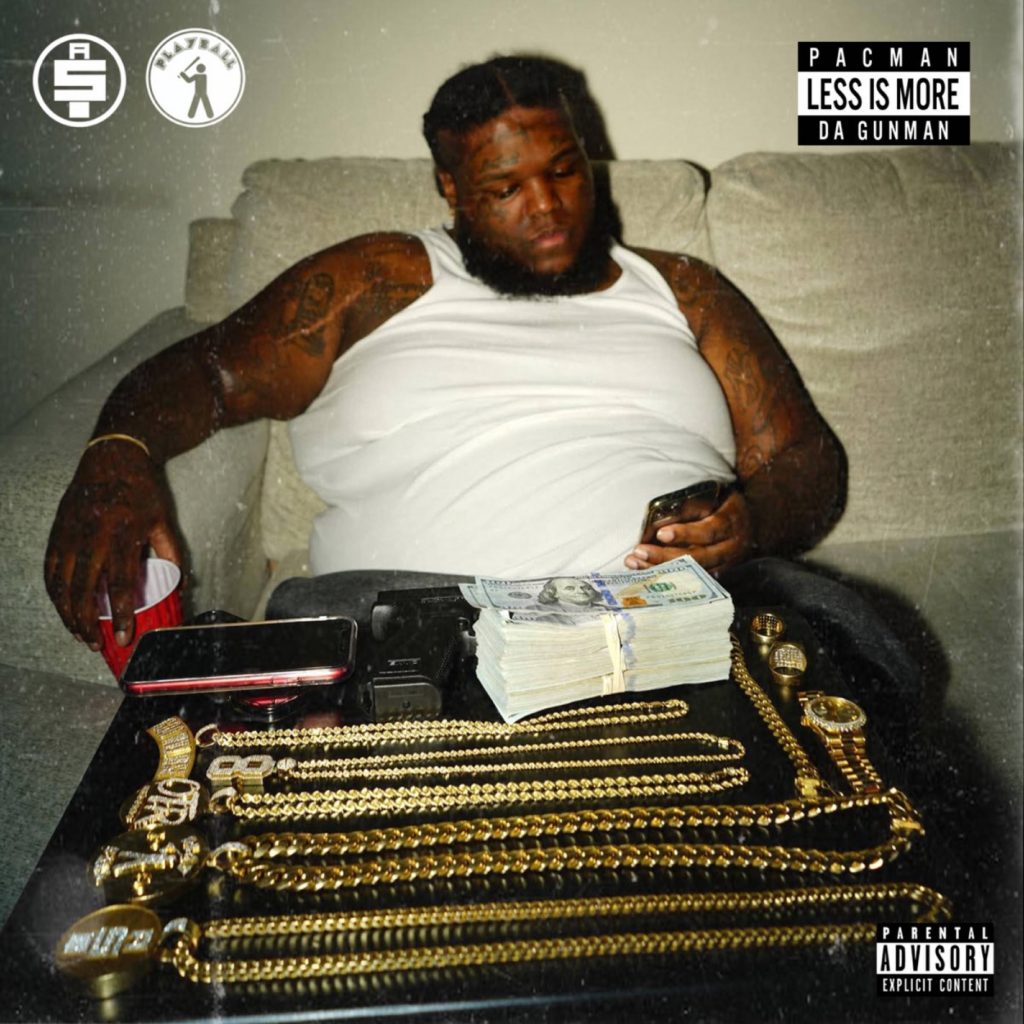 Pacman da Gunman, is a MC class ’91, born and raised in Crenshaw, Los Angeles, home of the late great Nipsey Hussle (RIP), who with his incredible charisma, genius and vision, through his example, has saved the lives of many young people, not only in his neighborhood, but in all the ghettos of America, showing them the way forward to make their dreams come true, despite often predestined lives.

Pacman da Gunman was lucky enough to follow Nipsey’s path very closely, so much so that he joined All Money In, the record label founded by the late leader and visionary and his brother Blac Samm. His new album Less Is More is, in fact, a project that represents, both with its sounds and through its lyrics, essentially what is the “gangsta rap” of Los Angeles today.

“Gangsta”, however, as Nipsey embodied it, not in the sense of exaltation of violence and drugs, but, instead, as adherence to certain codes and values ​​(as well as a sense of belonging to the Crips gangs) and the mentality of self-realization with own means, also contributing to the growth of the community.

Listen to "Less is More" 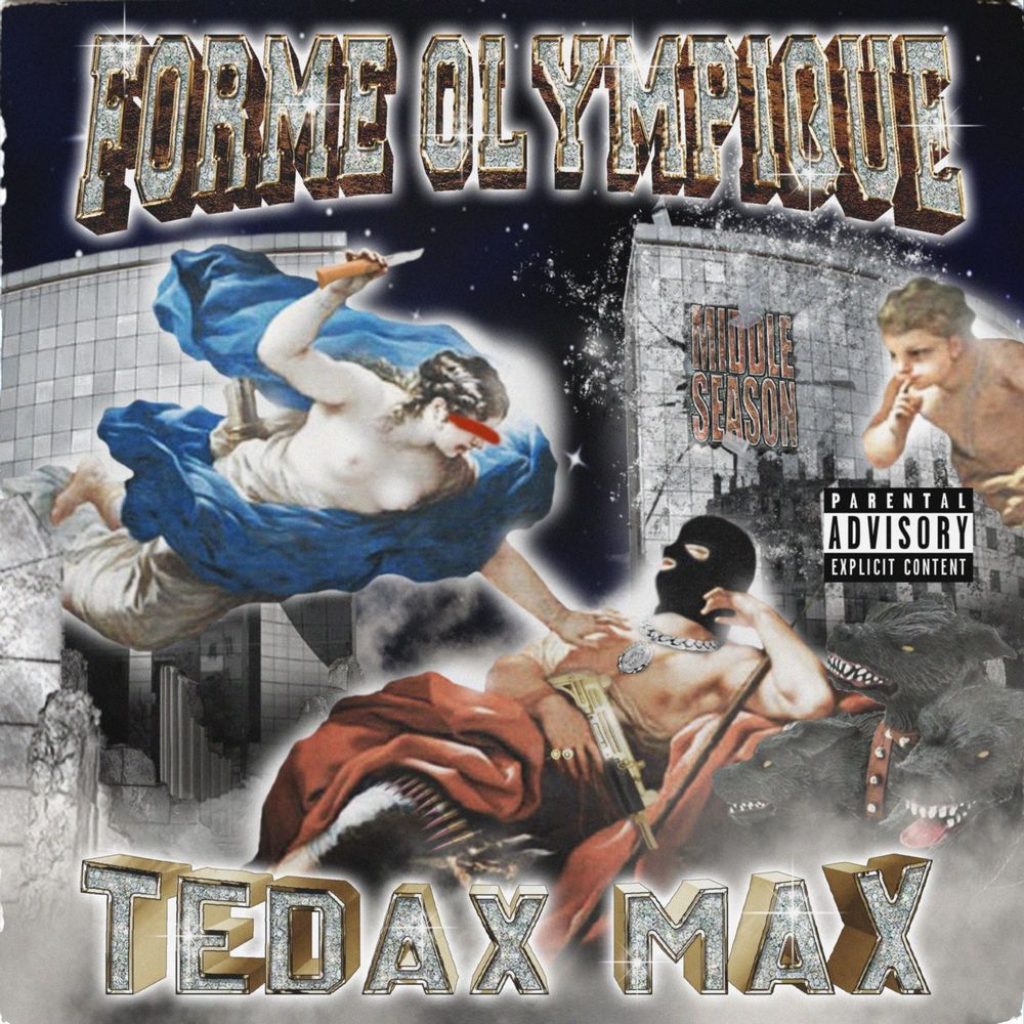 The French underground scene churns out young promises every year, among which we cannot miss to include Tedax Max, who recently released his new solo album, Forme Olympique: Middle Season. The sequel to his first project, Forme Olympique, exudes rap in its pure form: rhymes, punchlines and style to sell that catapult Tedax among the most interesting talents of this 2021.

Forme Olympique:  Middle season represents, for France, a symptom of the re-explosion of the more classic rap that favors the lyricists, as happened in America with Griselda. Tedax finally puts technique, credibility and attitude back in the spotlight, with a new album that cannot be relegated only to the underground circuit. 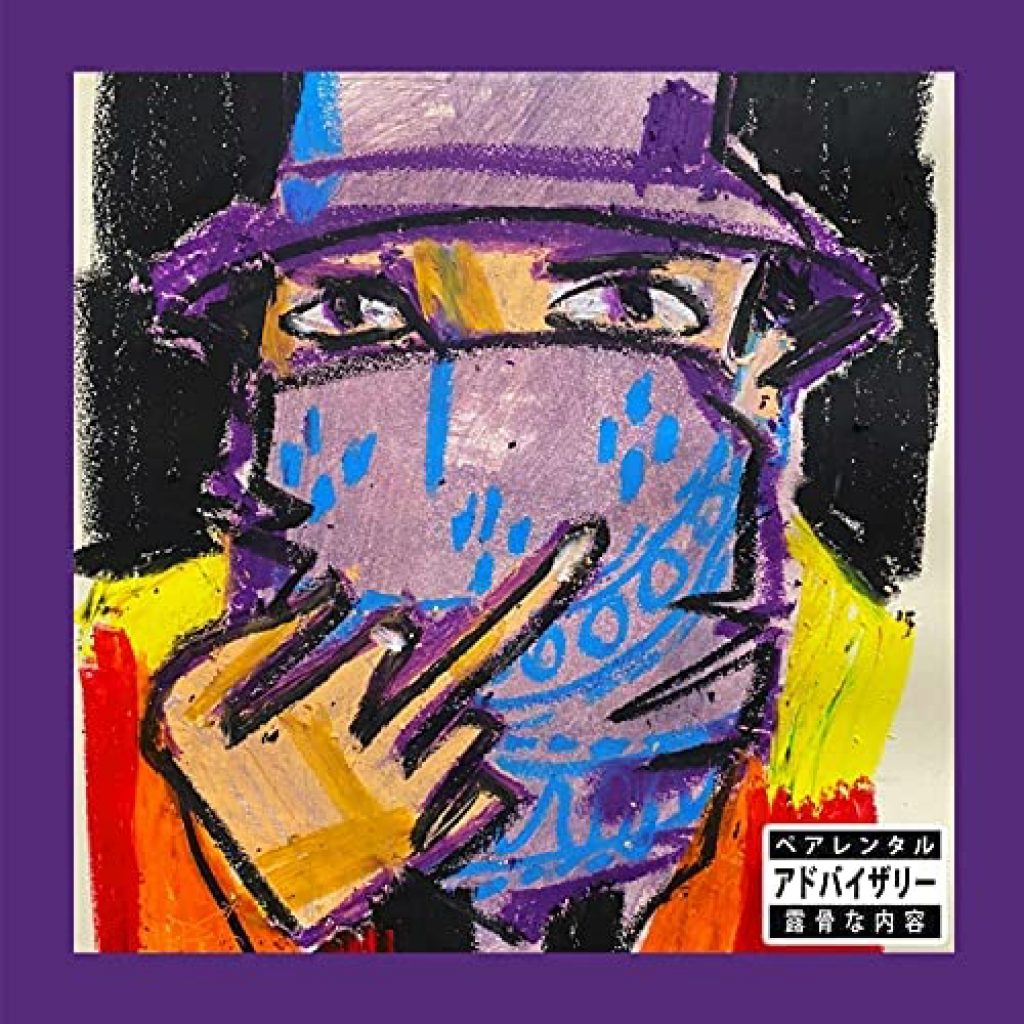 The good news for Italian Rap is that the influence of the vibes of the underground and lo-fi scene overseas are attaching and finding valid representatives in our country as well.

The innovation and freshness represented by this movement consists, mainly, in the approach with which it intends the production, sales and promotion of its music.

The musical product is in fact treated as a work of art to collect, starting from the artwork of the covers, up to the marketing strategies in which the limited availability of physical copies , vinyl and CDs, and their prices above average, result as an attractive product for Hip-Hop collectors.

On the musical side, the massive return of the samples usage, the classic rapping and a raw mixing of the tracks, give a vintage touch to the whole. The italian MC Kronos Kroniko and producer Jay Bee Vibes with Artefatto III LP, have produced one of the most valid examples of this niche trend in Italian sauce, proving how the genre has its valid representatives in our country as well.