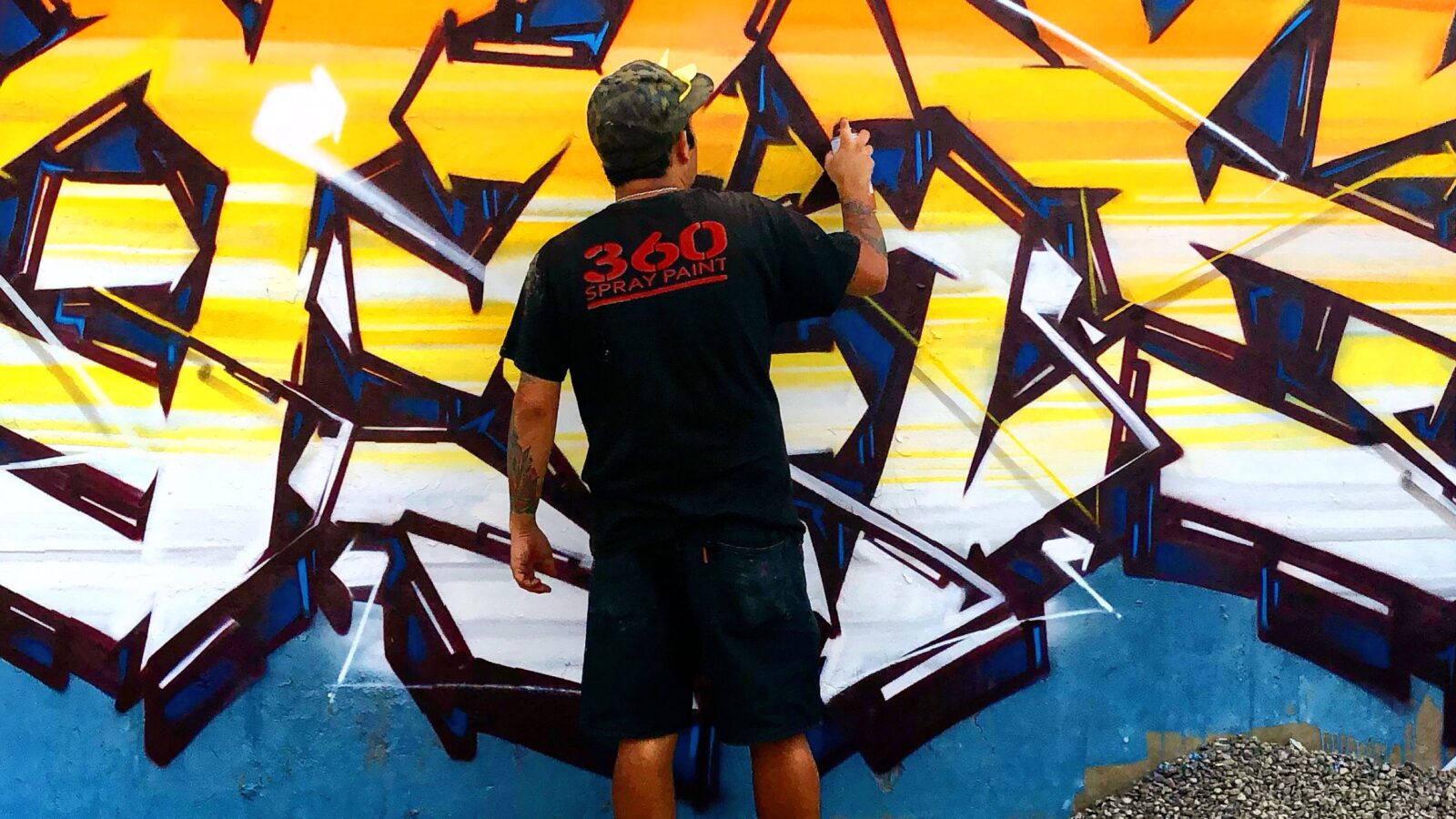 Hi Ans, it’s a pleasure to interview you! Could you please tell us how you approached the noble art of graffiti and Hip Hop culture. Where did your stage name come from? Which crews do you belong to?

Well, Graffiti came into my life in 1999 when I saw my cousin paint, we always draw cartoons and things like that but he lived in a neighborhood where the scene was quite strong and he had close relationships with people who were already playing on the scene. My name was born from my real name Andres just removing the letters in the middle. I currently belong to FLC (Chile) / Panico crew (Brazil) and SBC crew (Brazil)

Can you tell us a little more about your origins and where do you come from? How do people see graffiti art in your city?

Well, I am Chilean, born in the city of Santiago de Chile. I am 38 years old with 2 children (Tomas and Lucas). In my city Graffiti is becoming more popular and many people consider Graffiti to be able to live in a mix with the street art. You can see more people wanting their house, building, etc. to be painted. Every time it takes on more strength as in day by day they give colors to a grey city.

Do you face any differences in the graffiti scene in Chile from your start to the actual one? What has changed?

The truth has changed a lot, the Graffiti scene is totally renewed, there are old school people who still paint but nowadays both experienced and new people complement each other, and we have more and more memories as well as spray caps that in the past were difficult to access. Today you find 360 / Montana / Belton etc and we also have a terrific national spray which is Motta. 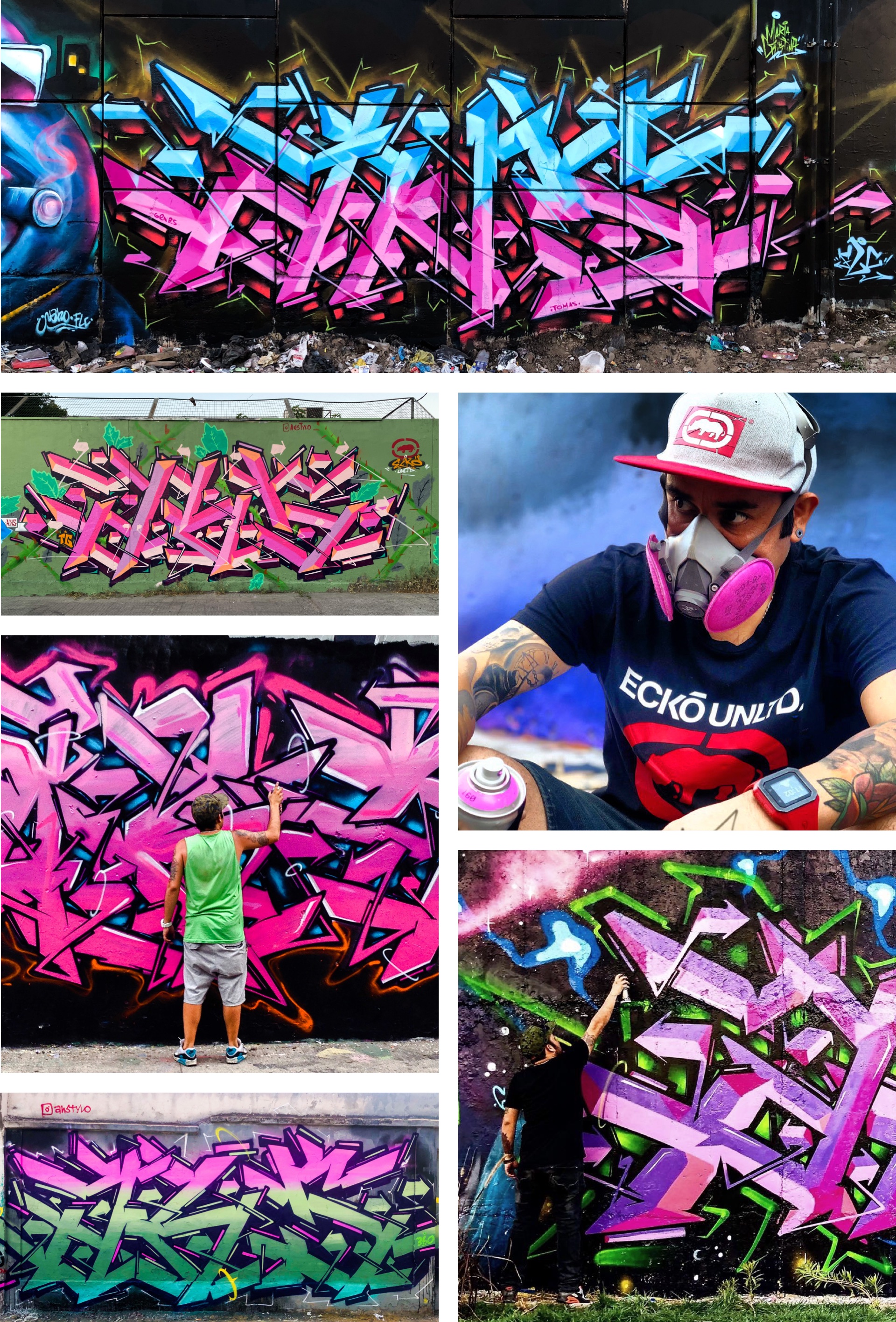 How would you define your style and how did it evolve over the years?

My style is the wildstyle as I’m someone who loves letters. In the beginnings I started with some rather round letters and over the years the evolution has been with more arrows and elongated my style of letters also carries a stamp that are the colors that use

Beside walls, which are your favorite supports and techniques?

I think that is quite extensive since there is always something to paint on walls, pictures, cars etc. You can always give life with a Graffiti to any surface. To paint has no limits.

How did you feel painting trains? Do you still do it?

I think it is one of the experiences with the most adrenaline, since achieving a piece without being caught has no comparison. It is something incredible. I have been able to paint a few trains and I would do it over and over again. It’s something exciting and the last time it was 2 months ago. 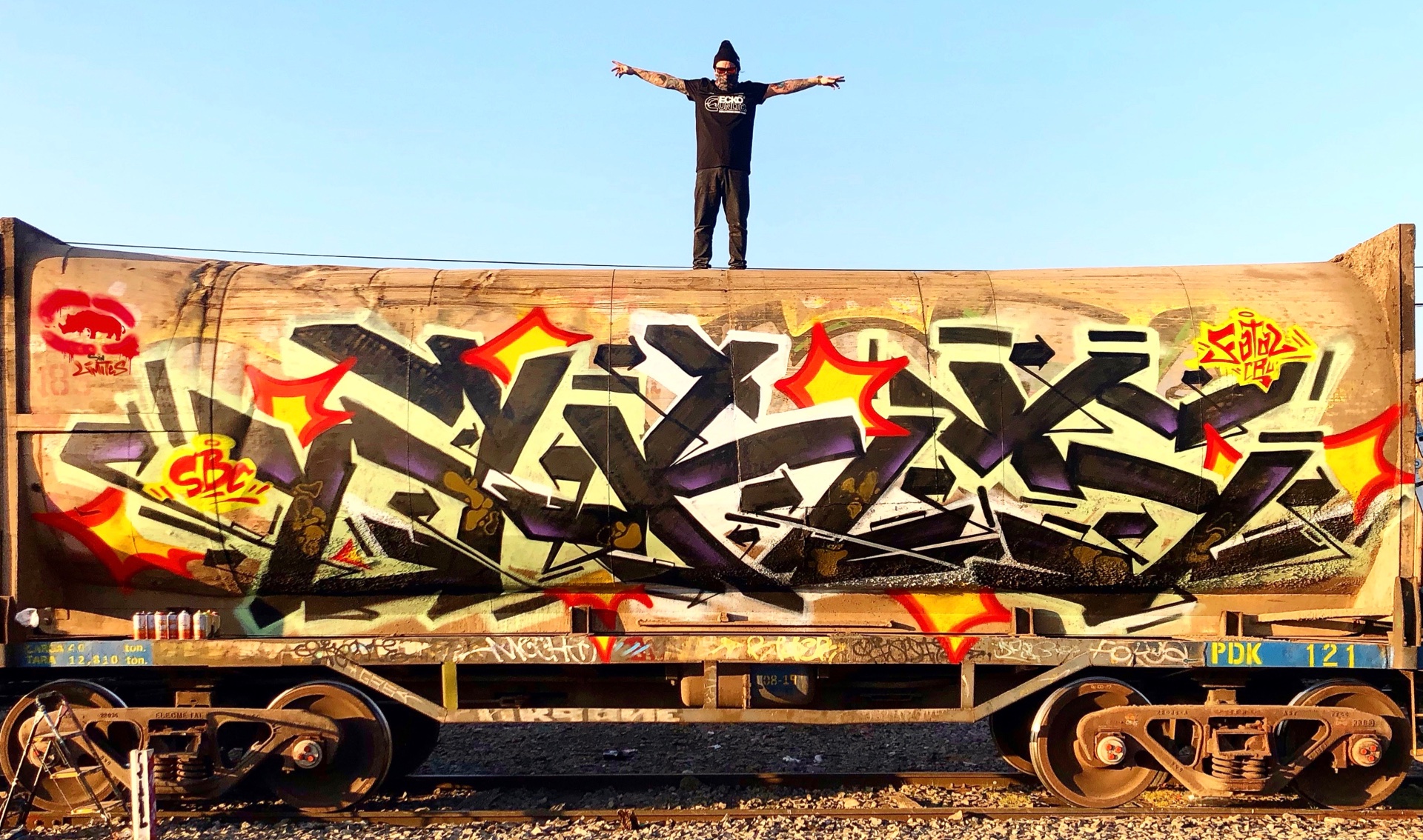 In your perspective, what this noble art has given you? Furthermore, do you also think that it has “taken” something from you?

For me it’s graffiti, it has given me everything, they love me, it has made me know many countries, I have met incredible people who I consider family and that is the maximum that one person could receive in terms of friendship and affection. Friends who are separated by thousands of kilometers but from time to time you can still see. Friendship is always linked to Graffiti; that’s my great family

Do you have any other gratification that you would like to reach in the world of graffiti? And which are the most memorable moments of your journey in this discipline?

The greatest gratification is to have been able to paint with the FX crew. When I started painting, I used to watch a magazine and the FX crew was the one who appeared in all the Graffiti magazines of that time. I’ve a lot of respect in general for the people of Graffiti, they all have a history behind which is effort and perseverance.

From your point of view, why is graffiti either so harshly repressed in many parts of the world and its social contribution is not considered?

I believe that Graffiti is born from the illegal as when it’s legal it’s not the same. As I said before, today there are many companies that pay for murals or graffiti but the illegal essence is the street which will never be lost.

What advice would you give to a young guy approaching the graffiti art nowadays?

I think the best advice is to dedicate time and perseverance because you like to paint and not because I expect something in return. I leave you a big hug and much success. 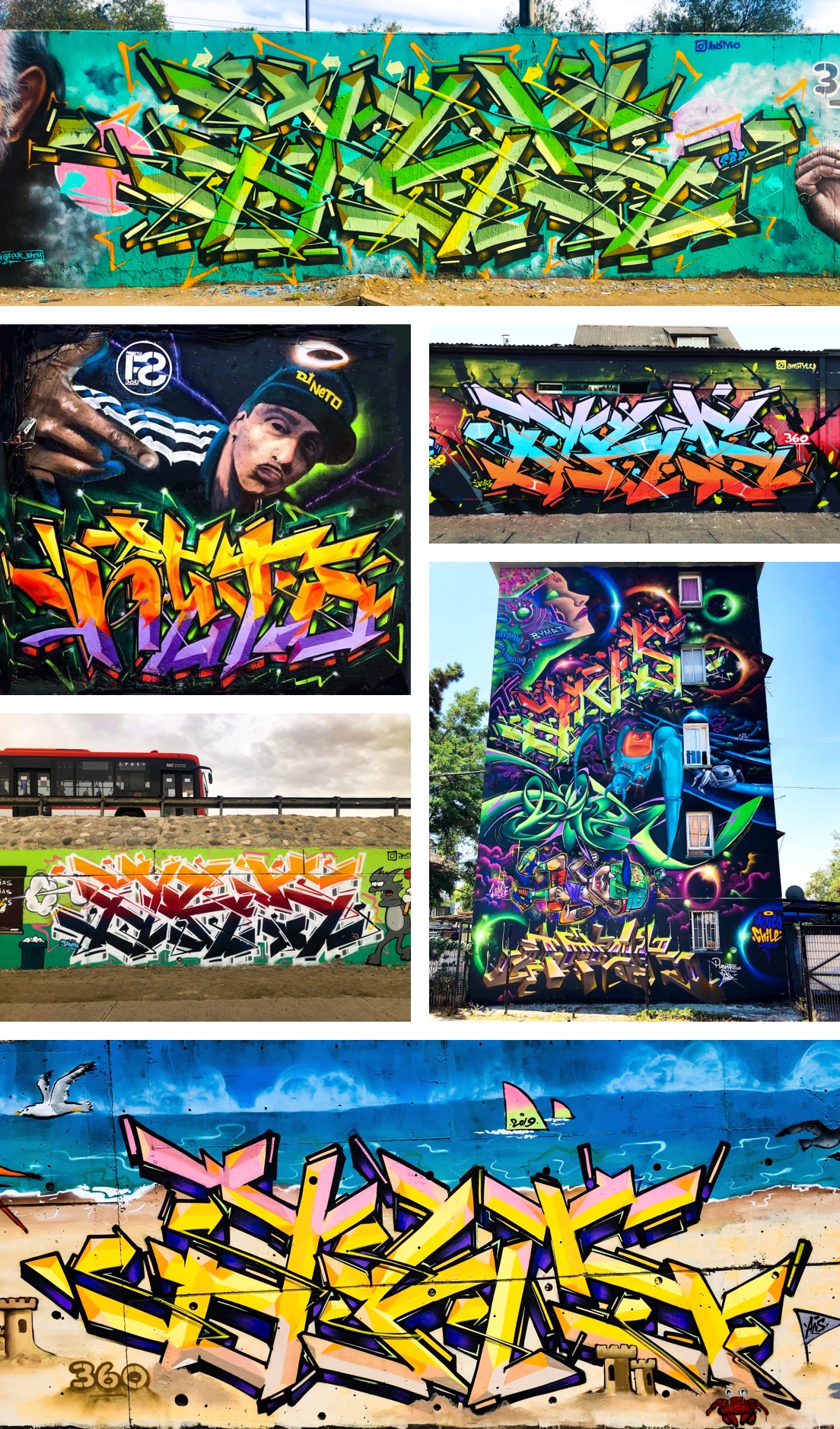