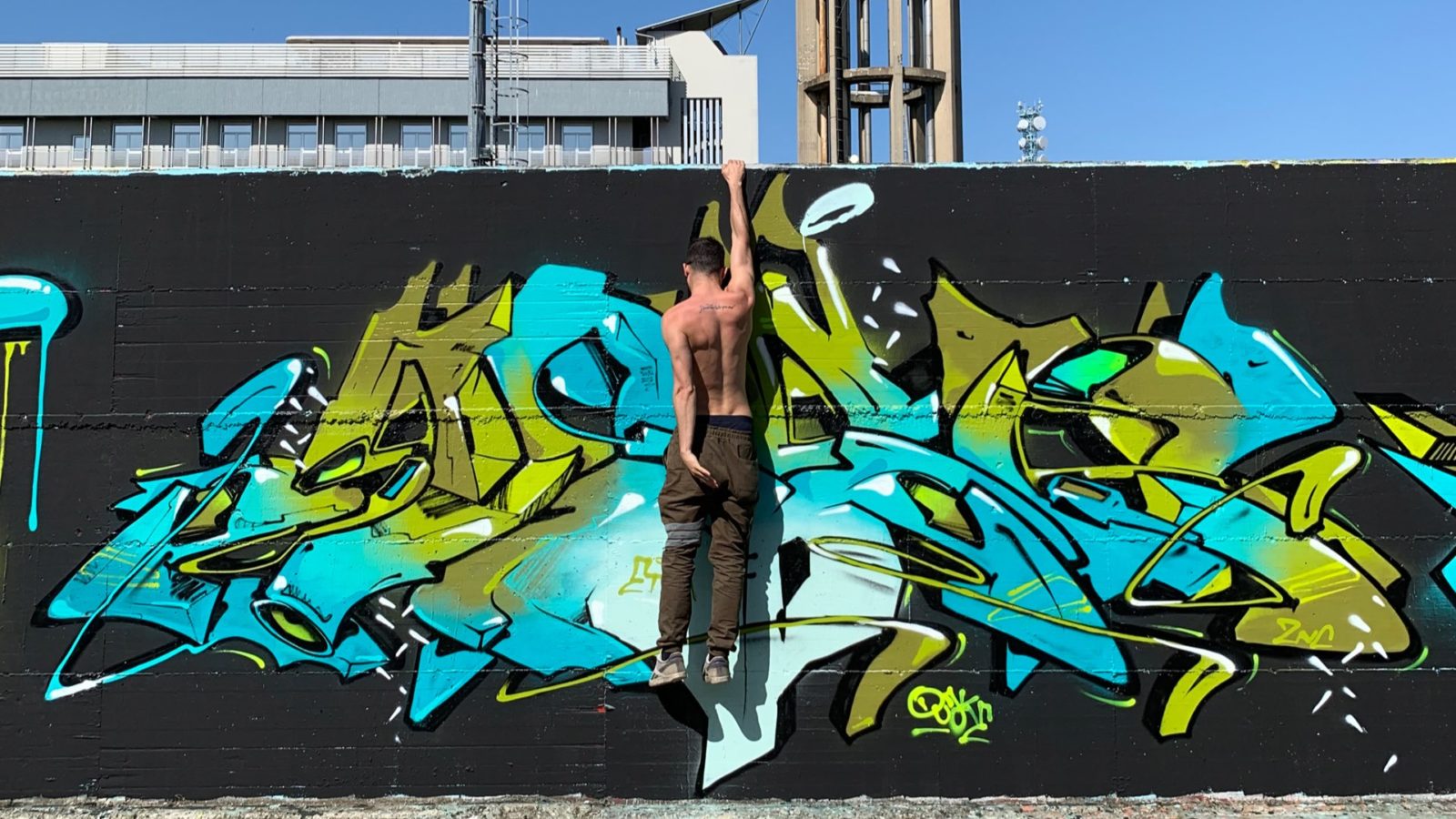 Hi Ysar, let’s start with the ritual questions. Why did you choose the name Ysar? How did you approach to the world of graffiti? Which are your first memories about writing ?

Here we go with the difficult question, as I started writing the nickname given by a friend of mine when I was a boy. I started distorting a bit the letters without even realizing those were my first loops. Over the years I’ve been familiar to those letters and after a while I looked for something that didn’t sound ordinary using some letters not among the most classic. I don’t know why the Y… but it seemed to be great combined to the others and from there on …that’s YSAR! Everything started at the school with a friend, first sketches, first tags to the walls of the city … first investigations and first troubles. Probably year X was 2009, when I really started to believe in what I was doing.

Tell us about your origins and about Ysar in the daylife. What’s your first crew? Which are their distinctive elements?

Ordinary life. I’m Alessandro, class’91. I was born and raised in Bellinzona, the capital of the Canton of Ticino in Switzerland. I’ve finished my studies and I work as radiologist technician. A classic ordinary life. At this point I think it’s time to talk about the first crew: Kels Crew, a collective of friends born in 2009. Over time some people stopped, others got lost and found themselves. Well, to be honest, I do not find any distinctive elements, but it’s more about what brought us together and make us smile. At the end everyone has his own story, who made some steps and whom others but the result has always been the same: desire to find ourselves on a Sundays of January under a bridge, freezing and dilapidated. The desire to take the car driving and going to find a spot lost on the top of the mountain or who knows where, to share our motivation with those who feed on it. Friendship and mentality. 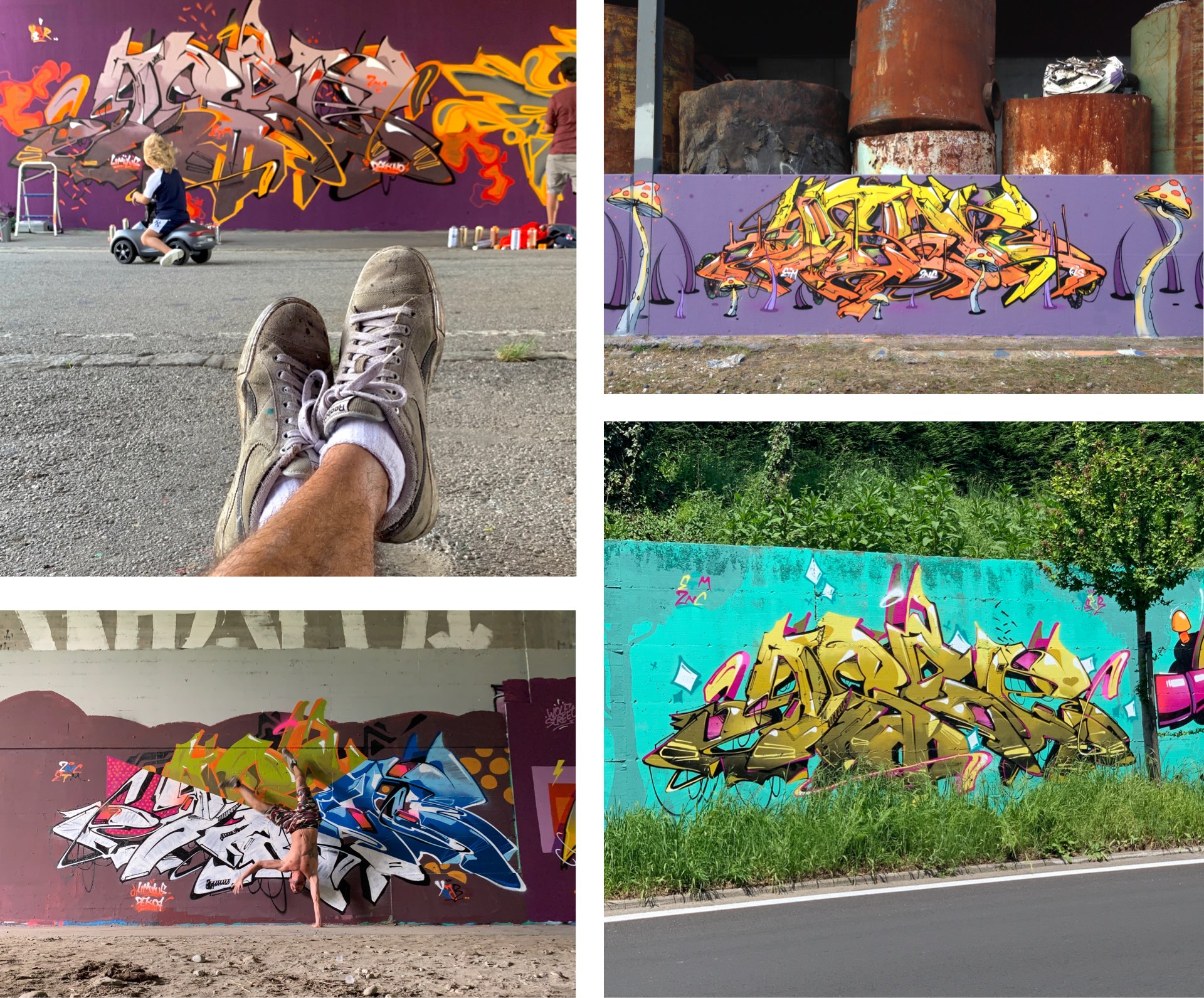 What can you tell us about the Swiss scene? Did you notice any significant changes over the years? Any positives or/and negatives?

First of all, the connotation of graffiti in the collective imagination has changed radically over the past 10 years. I tell you an anecdote…..During one of the first walls in the first hall of fame of the city, an old woman on the other side of the football field screamed we were just vandals with no beauty itself also questioning if all of that was it legal. Obviously ten minutes later the police came over to check data and to take photos.

Today, during the hall of fame, people of the neighborhood come down in peace offering coffee at the bar around the corner or just asking if we have enough space to decorate. Certainly, for this type of stuff, it has changed and for the better. On the other hand, the scene of graffiti is simply wider. Once it was just for few elected while now with internet and social networks, the scene is wider. It means that there are some who start and stop with the blink of an eye and who is still there after fifteen years. To keep it simple, the classic scene has its influences and faces. Regarding our little Ticino, I’ve to say we are quite on the move. Imagine Ticino as a district of Milan, not bigger. Despite this, there are those who take it seriously and go wild.

How has your style evolved over the years and how would you define it? What’s your biggest peculiarity?

So let’s say that like everyone else I started casually doing certain things.I got Influenced by some writers around. I’ve always been interested in space shuttles or robot design. In fact, at the end these passion got into my pieces, as everyone says they looks like spaceships. Compared to few years ago, I can say that they became cleaner than before (as I’m always messy) as I try to reduce it. I’m the classic writer who makes one piece after another always changing something without completely distorting it. It’s always nice to compare a recent piece to some older one noticing a similar structure but with the progress.
In all the processes, we move on several sides….the lettering, coloring, backgrounds… trying to move in all fields. Keep moving on. 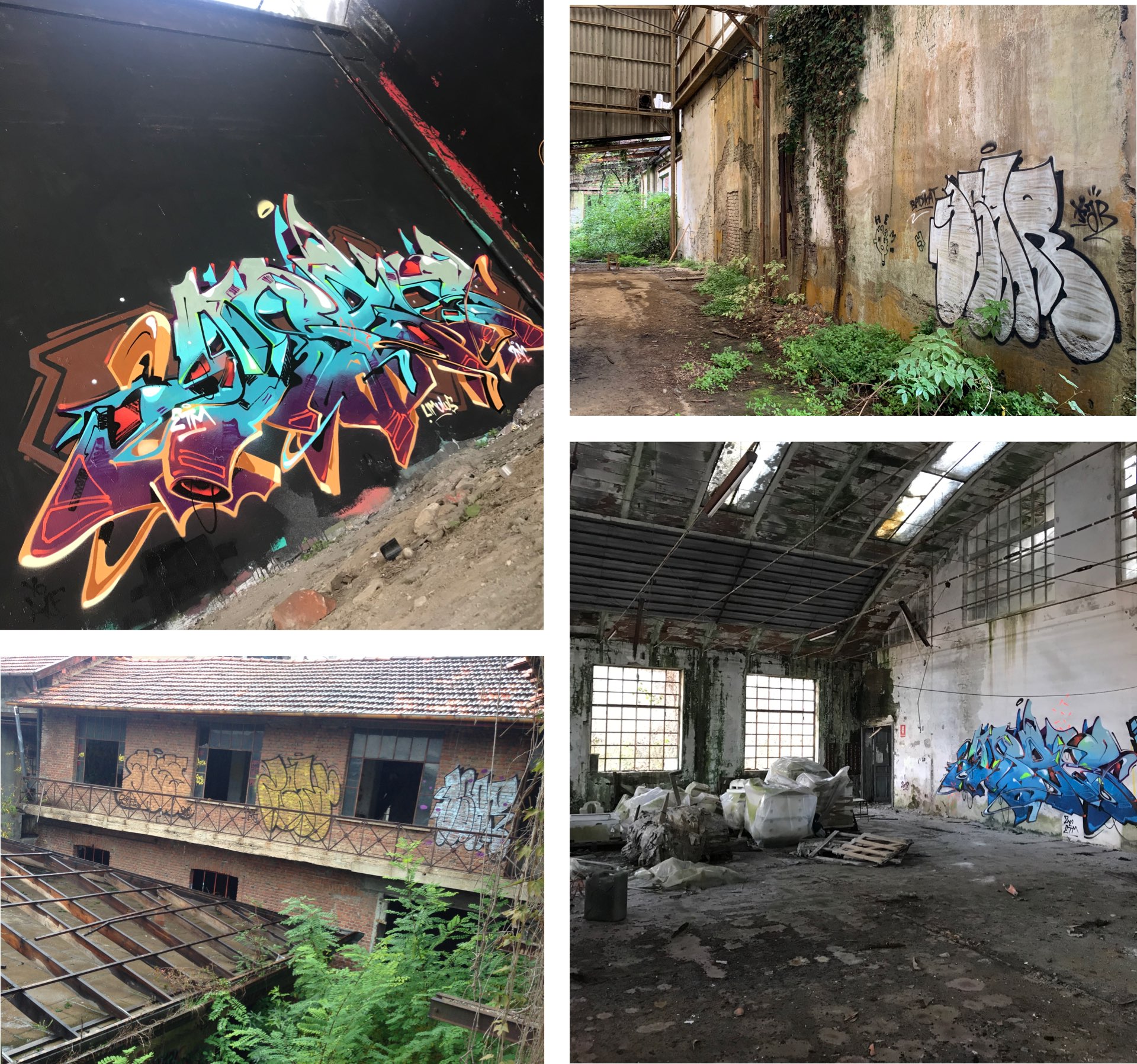 Which supports do you prefer to use? Which techniques do you adopt?

I appreciate everything as sometimes a support that would not be called suitable proves the opposite. Even if at the end the result is not satisfactory, however, could be a turning point for something else. Same for the techniques….. I am full of drawing markers, ending up sometimes to steal some watercolors around the house. In short, we remain on the “Keep Moving On” principle.

Which are the artists (not only writers) you are most inspired by?

Mah. I can’t tell you. It’s not that I google and type a name to inspire me or find something new. I work in a different artistic way. I recently went to an exhibition of “Hopper” in Basel, it has nothing to deal with it, but the ceiling combined with the pond in front of the window created some special reflections. I photographed it “et voilà” …it found the next fill in. Then of course, like everyone else, I got the influence of the scene and the friends with whom I paint the most.

Eh eh things have happened! Uf I look back, I think what still makes me smile today is to dredge up all the strange people I’ve bump into these years. I’m not just talking about writers (which we are all particular in our own way), but also about strange people who happened by your side while painting or some absurd encounters made in weird places where you couldn’t imagine to meet other people.

Which values ​​have this discipline transmitted to you?

Certainly friendship! It could sounds ordinary I know .. but I am always surprised how this discipline brings everyone together on the shortest days of the year and in the most unthinkable places. Furthermore is about dedication, the same pushing my friends on December 25th to freeze at the hall of fame! The same one that keeps you awake in your room ‘cause you want to finish the sketch for the wall of tomorrow. The same one that makes you draw the same line 10 times because it ain’t the same as you imagined or what it’s in your head.

Do you have other passions besides graffiti? Any future projects?

Let’s say I’m a pretty active guy. I do sports, I go to the mountains, I train with free body .. in short, I am the one who runs in the woods if it rains. I can tell you that I really like artistic photos.

Which advice would you give to the guys approaching to the world of graffiti writing?

It’s a world of sacrifice guys! Do not think that by copying two sketches from the usual profile with 50k followers you’ll become a well-known artist. Indeed… You NEED TO MAKE MISTAKES! Wrong coloring as you used one color that doesn’t match with the other and the crap comes out. Some 3D and lights on the wrong side. Wrong line out and you ended up with no difference between the background and the outlines. You have to mess up but do it better.  Every time you make a mistake needs to be on something different to expertise. So my advice is to make mistakes and study how to get better! At the end, you might be rewarded when you don’t care anymore much about it.