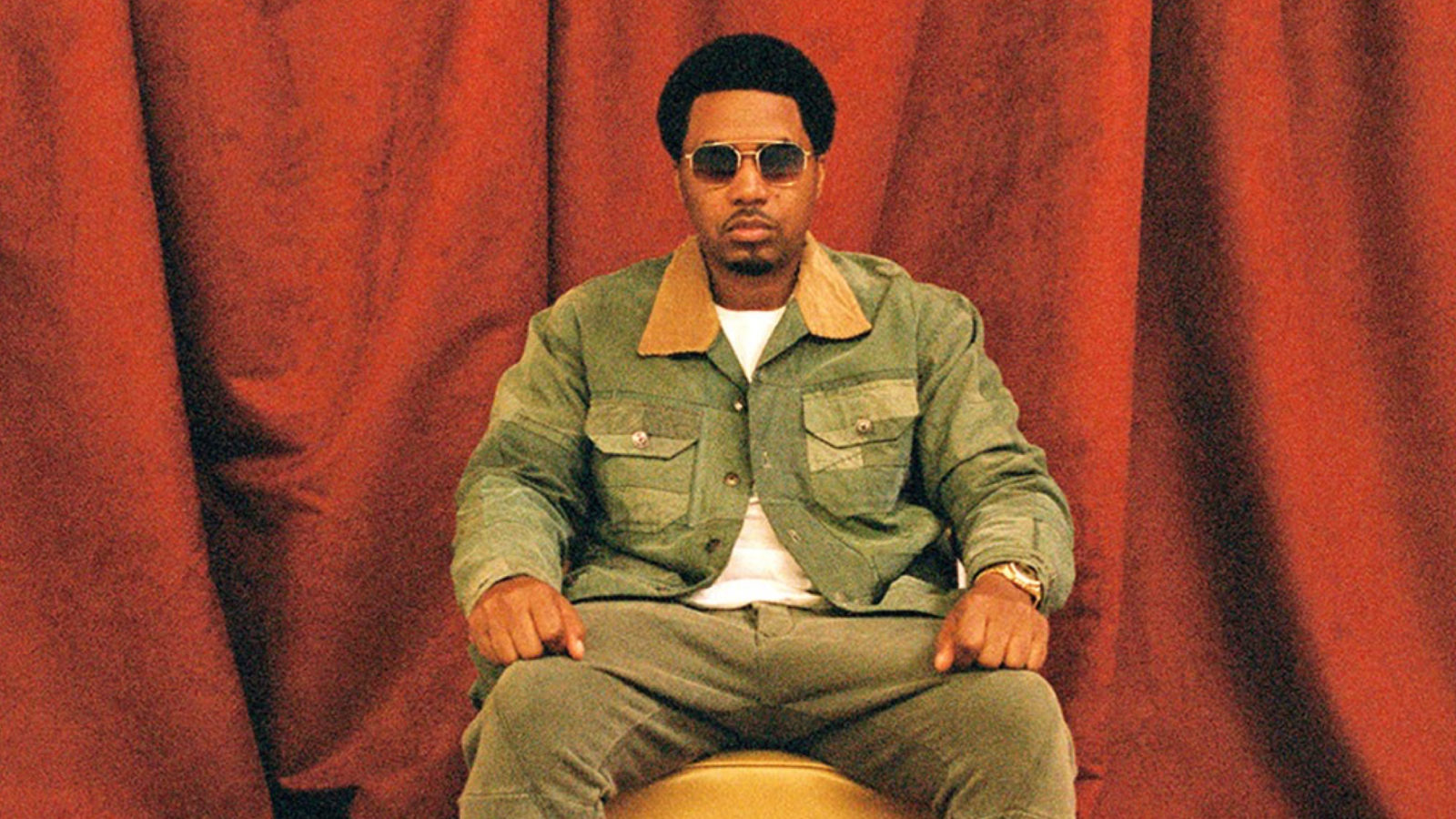 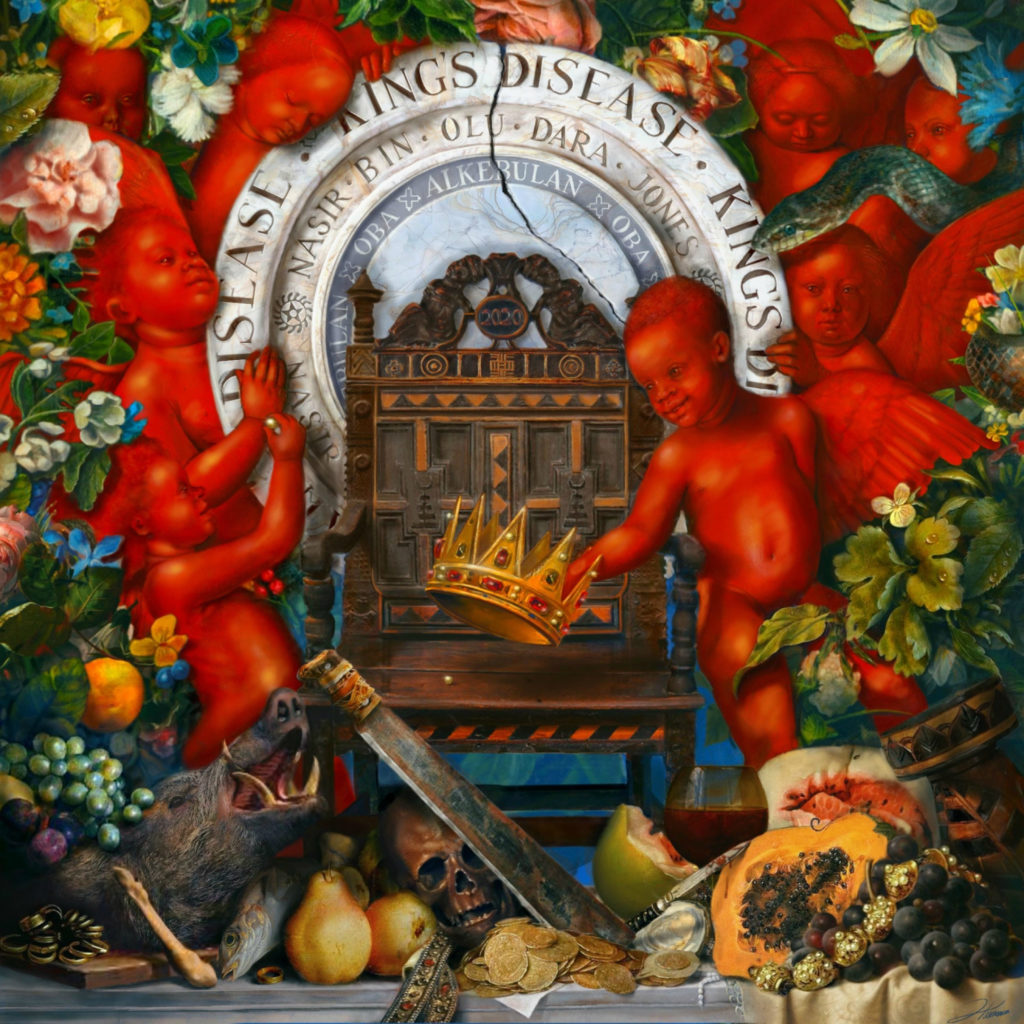 Being a leader is all about responsibilities and obligations, not just honors. Nas achieved this status almost 27 years ago (when he released his debut album Illmatic), and has since been forced to bear the weight of being considered a king in Hip Hop culture, his city and of his neighbourhood, Queens New York, for many years. In the span of his lengthy career he has endured envy, hate, gossip, enemies and especially very high expectations, not only as regards his music but also in his private and public life. Having recently shaken off various controversies and charges, Nas, with his latest album “King’s Disease”, has tried to give us an honest retrospective on what it means to hold this kind of position of power. Being a king requires great discipline and self control in managing one’s wealth, health and blessings, as well as always having to prove deserving of the title. The Queens rapper seems to imply that his teachings are there to help anyone who is striving to achieve success as a charismatic leader. We can’t avoid mentioning that a true boss always chooses able collaborators and, in this case, the Californian producer Hit Boy plays the part of the valiant knight to perfection by providing the right musical backdrop for the king’s impeccable lyricism. 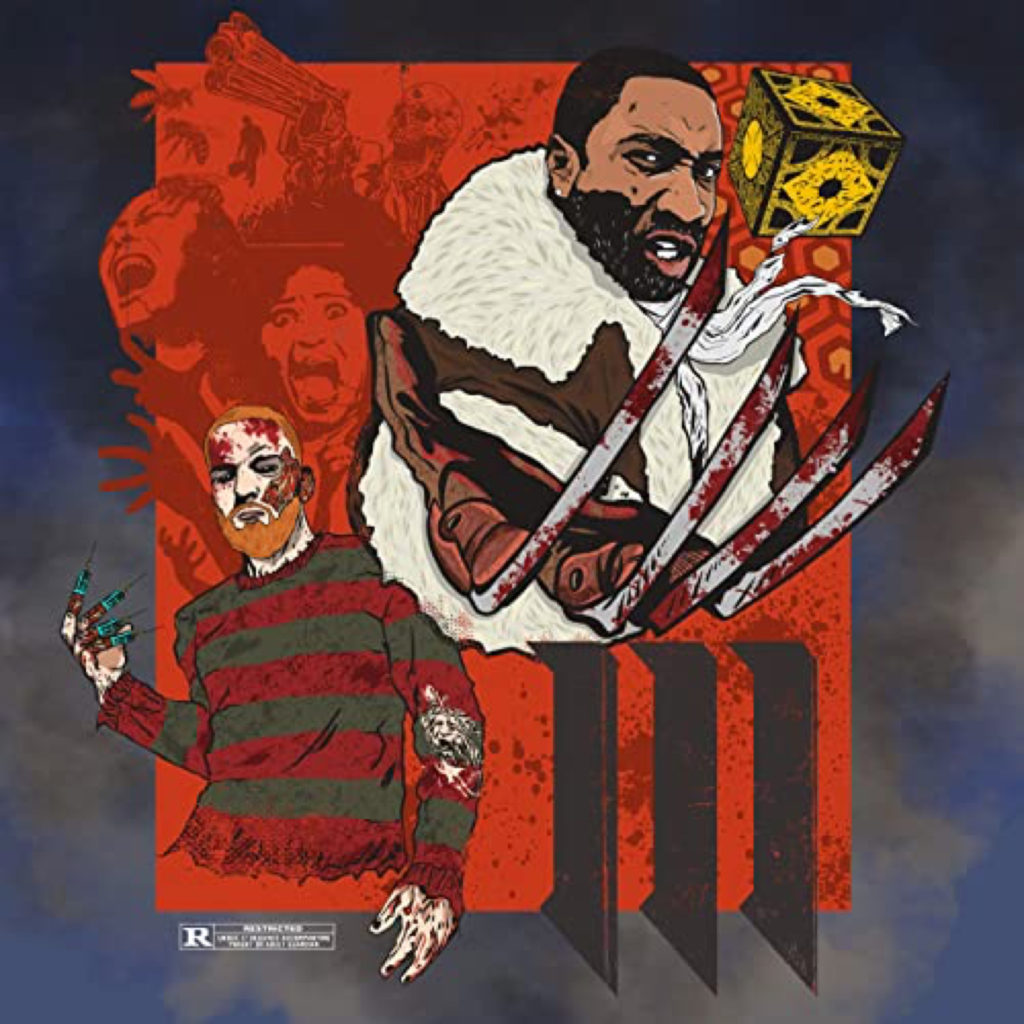 If there existed a title for “Most Valuable Player” in Hip Hop, like in the NBA, the New Jersey rapper Ransom would surely be among the nominees in our humble opinion. In the space of six months, with the release of three installments of his “Director’s Cut” series, he has tried to regain the respect he consistently earned on the “court”, and that the “league” always seemed to deny him, during these past 15 years. Ransom, born in 1980, has now achieved the field vision and superior technique needed to play the game and dominate it with three pointers, just like Jason Kidd when he used to play for the New Jersey Nets. All he needed was a Keith Van Horn in his corner in order to win the title, and that role has been aptlytaken on by the canadian producer Nicholas Craven. Now the Hip Hop community has a great responsibility: to recognize and respect Ransom’s undeniable talent. Give the man his flowers when he can smell them, because if he retires from the game we will have lost one of the most valuable players of the decade and we’ll all be left with nothing but regrets. Listen to “Director’s Cut 3” and take notes, because it’s hard to find such an expertly crafted album these days. 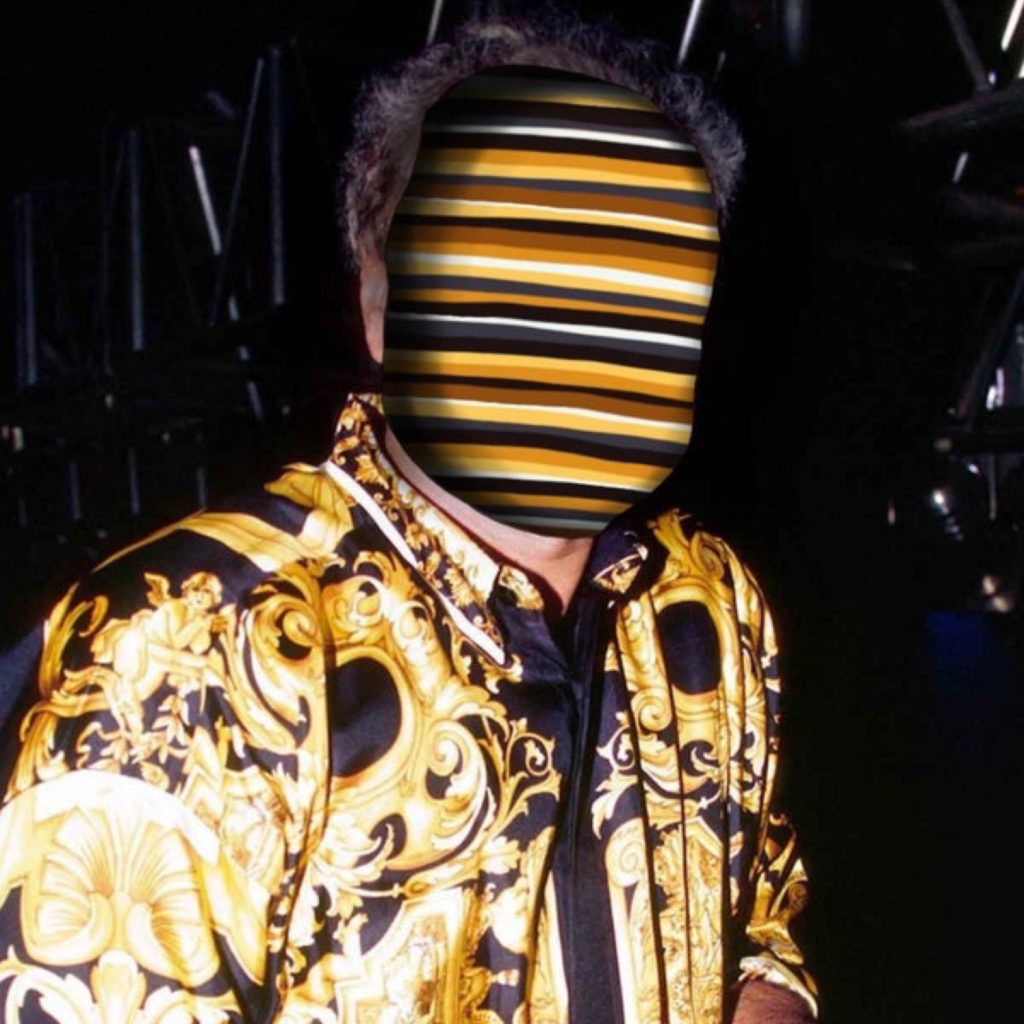 To continue the NBA analogies… If you remember the Detroit Pistons team of 2003 – 2004 you simply couldn’t forget Richard Hamilton: his calm demeanour, his facial expressions hidden by a nasal fracture mask and his lethal shooting abilities with which he punished the defense of rival teams. There we have it, we strongly believe that it is possible to draw a parallel line between Boldy James, who is playing his best “season” yet ever since he was added to the Griselda Records’ roster by Westside Gunn, and Hamilton’s coolness and precision. Westside Gunn, as an executive producer, just like coach Larry Brown, placed his pieces strategically on the board by coupling the Detroit rapper with Jay Versace, a young “influencer” unexpectedly turned producer whom the whole world first discovered on Gunn’s successful record “Pray For Paris”. The match works wonders. The “Versace Tape” is an elegant concoction of sleek soul samples mixed in with cool street raps which have always been Boldy James’ specialty. 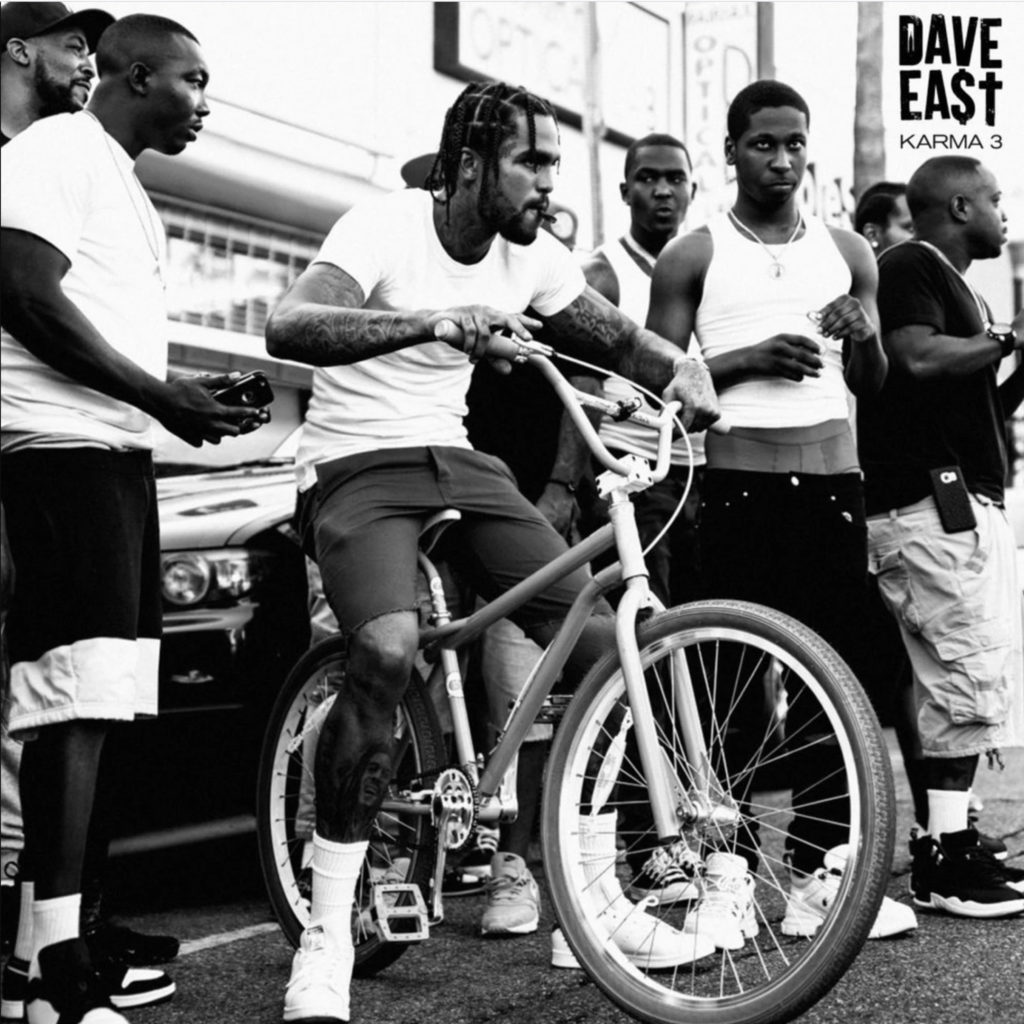 New York City is experiencing a difficult moment. It was heavily hit by the first wave of Covid-19, especially in its most crowded boroughs. The pandemic wave that swept through the whole of the United States took many lives, and some of these were part of New York’s Hip Hop scene, like Harlem rapper King Shooter (R.I.P) who was a good friend of Dave East. Then came the protests against brutality and racism by the U.S police. A great number of people living below the poverty line as minorities in New York’s poorest neighbourhoods, and who were facing the storm head on, needed a trustworthy voice to represent them. Dave East from Harlem seems to have taken on this mission. In Karma 3 he echoes the voice of the New York streets, and expresses these contrasting emotions of suffering and hope with great inspiration. 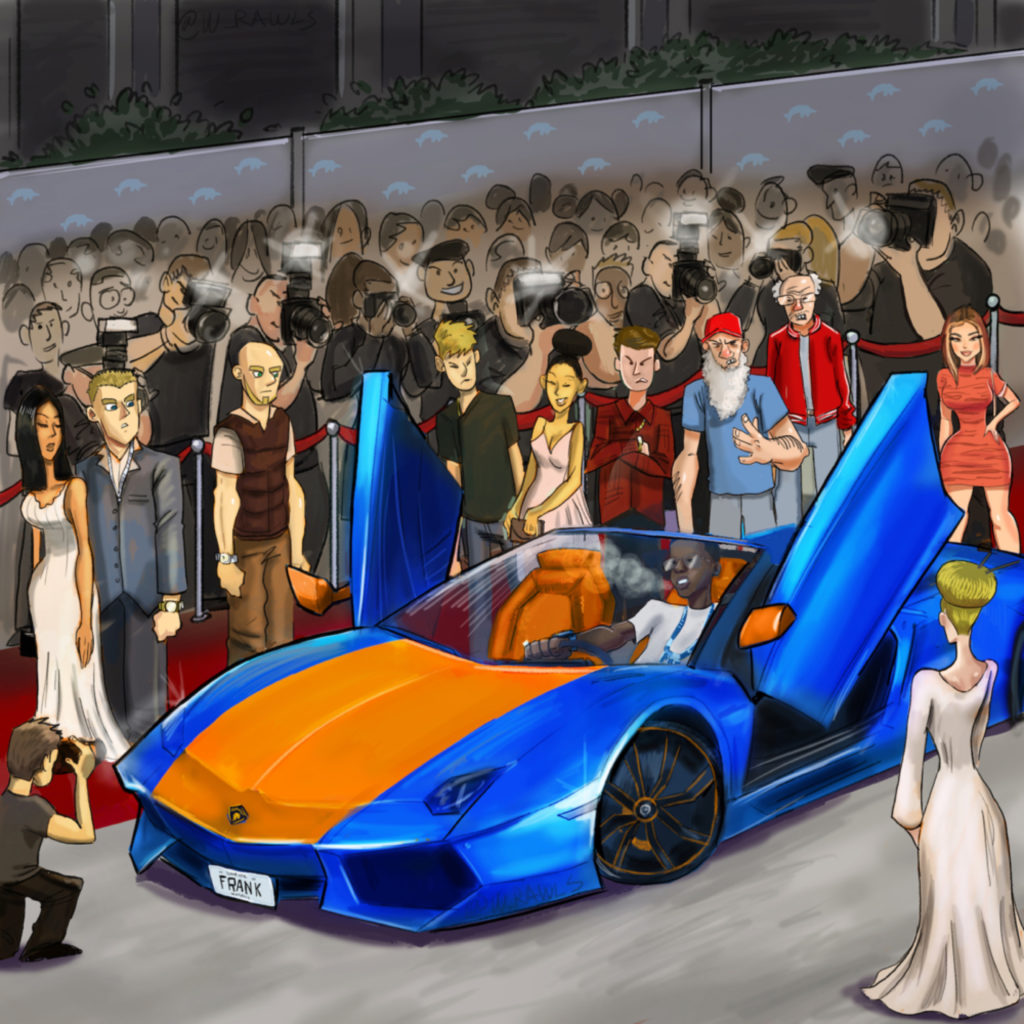 Young Dolph’s levels of “self-confidence” and bravado have, by now, reached epic proportions. He cannot be blamed for it either. His incredible business acumen has enabled him to build an empire from the ground up, starting from the deep South of the United States, where the vestiges of slavery are still very much alive in the memories of Afroamerican communities in the ghettos of Tennessee. Young Dolph is the product of an extremely poor background and can undoubtedly declare himself to be self made, especially after turning down various major label deals and establishing his own independent imprint, P.R.E (Paper Route Empire), in Memphis. Even on this latest body of work, titled “Rich Slave”, Young Dolph seems to have the need to continually remind us how successful he is, how many luxury cars and chains he owns and how much money he has amassed. However, it is clear that he has not forgotten his roots or lost his clarity. He knows very well that the racist underbelly of white America is watching his every move and still considers him to be a slave. Therefore he still can’t let his guard down. 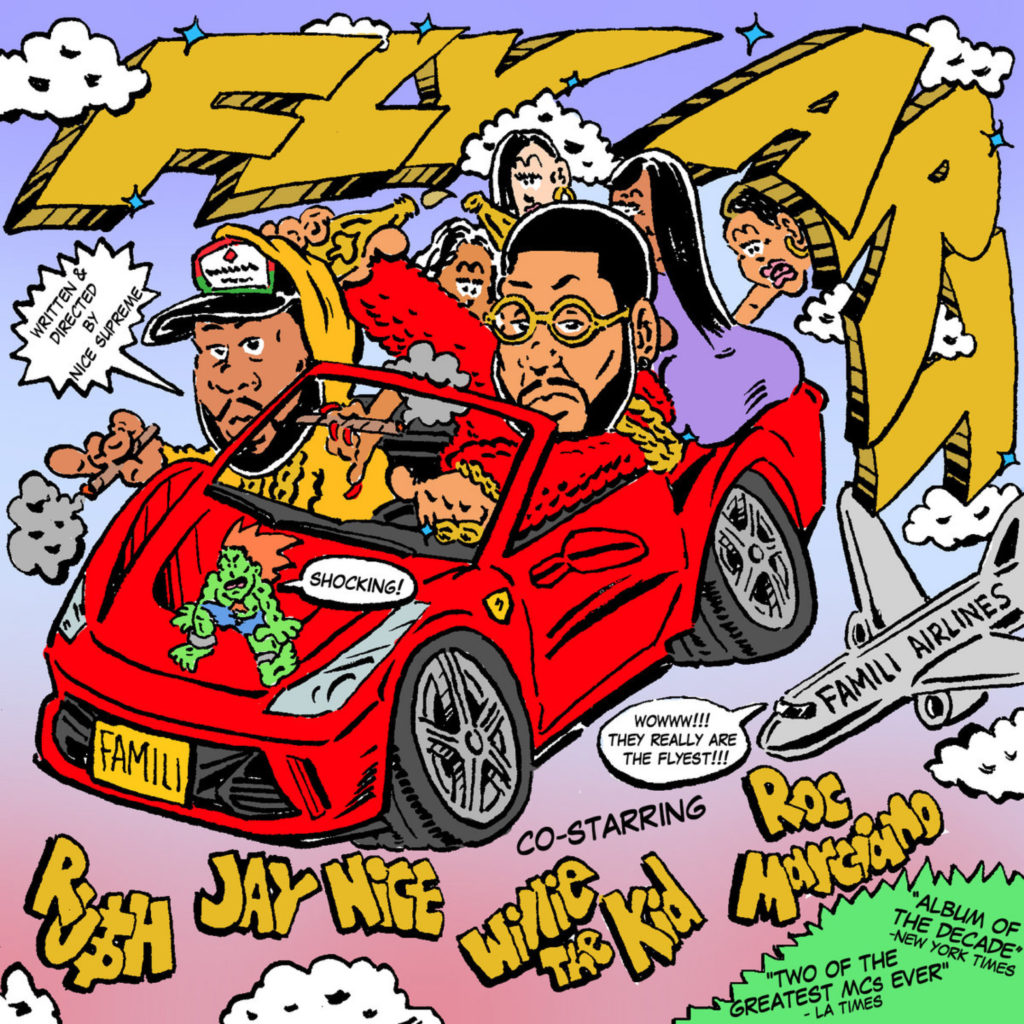 “Fly Art”, the new mini album by Delaware rap duo Ru$h and Jay Nice, forms a condensate of luxurious tracks for sophisticated palates, with elite features by Roc Marciano and Willie The Kid. It runs like a short film that centres on the sweet life of its protagonists, self made MC’s and entrepreneurs, who came up in the ghetto and are now enjoying the fruits of their labour. Ru$h and Jay Nice take us on a first class trip around the globe, from motor boat rides on lake Como to champagne sipping in Paris, all comforts are included. Obviously the raps and production on this project could be nothing but top shelf. 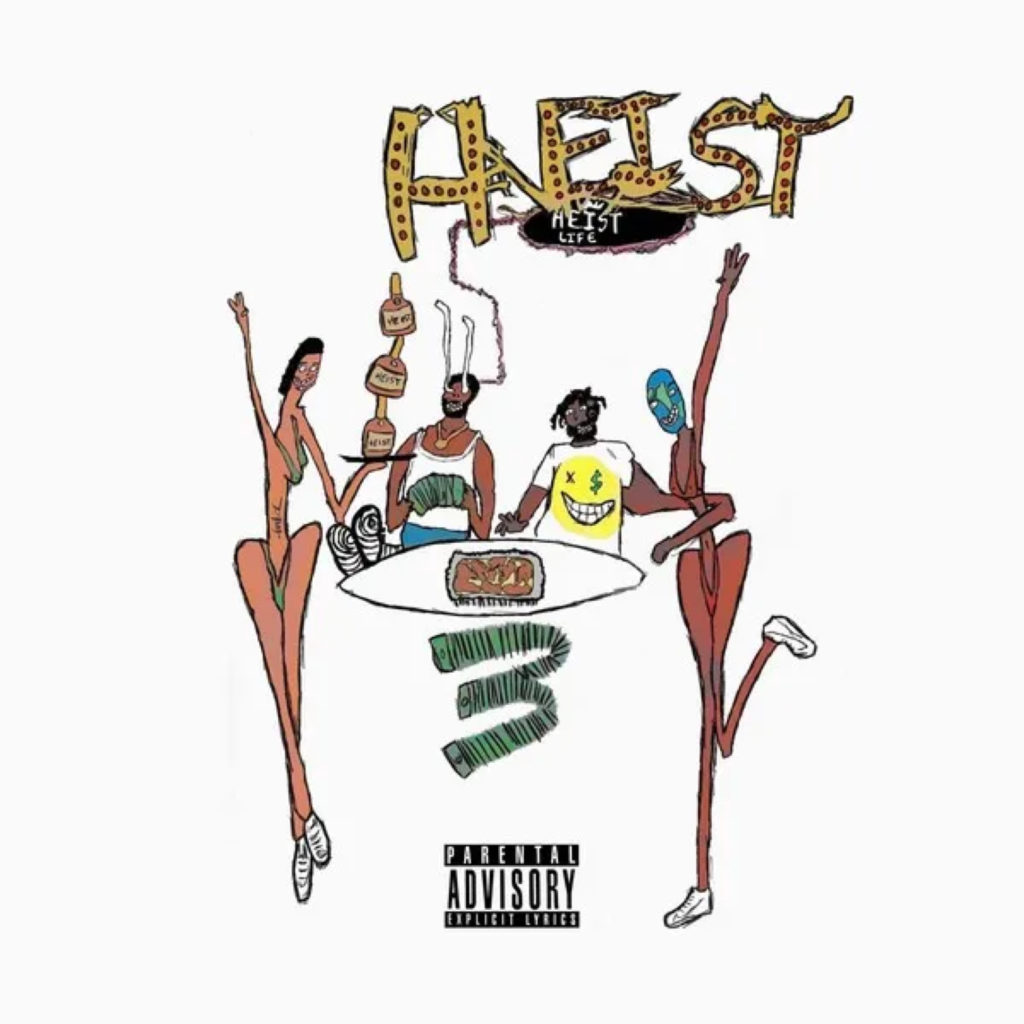 Sauce Monk 3 is the third chapter in the saga created by $auce Heist, talented rapper from the Bronx, and Camouflage Monk, the famous producer from Buffalo who was among the first cats to provide beats for Westside Gunn. The dark soundscapes portrayed by Camo Monk’s obscure loops are dirty, unpolished and quintessentially underground. This dope duo is able to paint an extremely accurate picture of the Bronx nocturnal ambiance: the subway tunnels and project walls covered in tags and stale urine, the corner bodegas with their neon lights. $auce Heist, as well as the guest artists on this project (among which Ankhlejohn, El Camino, Al.divino, Vic Spencer and Rome Streetz), seems to be in his natural element as he describes this mysterious subterranean habitat, a nether world hidden in the dark shadows of the big apple. $auce Monk 3 is a sure hit for listeners who enjoy the gritty vibrance of city streets. 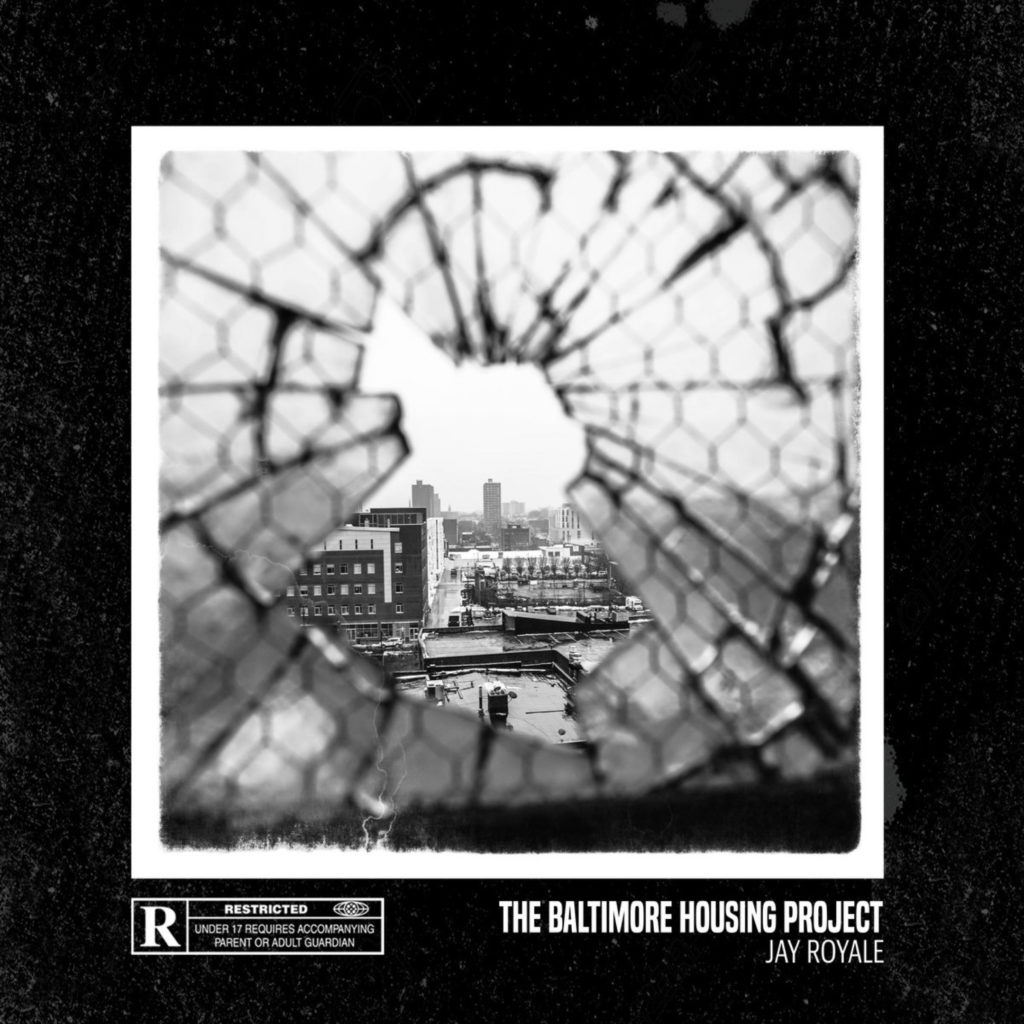 If you listen to this album with your eyes closed, without knowing anything about its author Jay Royale or the date of its release, you may feel like you’re listening to a 90’s Hip Hop classic by some Queensbridge or Brooklyn ruffneck. It has an almost documentary-style approach, describing in detail the broken down projects, the crews hanging out on park benches, the pitbulls, the drug dealing and violence. You would be surprised to find out that this project is not about 96’ Queensbridge but references Baltimore city in 2020. Nothing at all seems to have changed in the big picture. East Baltimore, a neighbourhood made famous by the early 2000’s TV series The Wire, is still one of the poorest in the US. Jay Royale, a native of this run down area, proves himself to be a top notch lyricist who enjoys rapping over golden era type beats. He describes his tough surroundings and recounts flashbacks from his turbulent past in a quasi cinematic way, but also uses critical thinking to demolish all nonsense. “The Baltimore Housing Project” is an album reminiscent of certain epic black and white movies about urban warfare, like “Hate” by Mathieu Kassovitz for example.