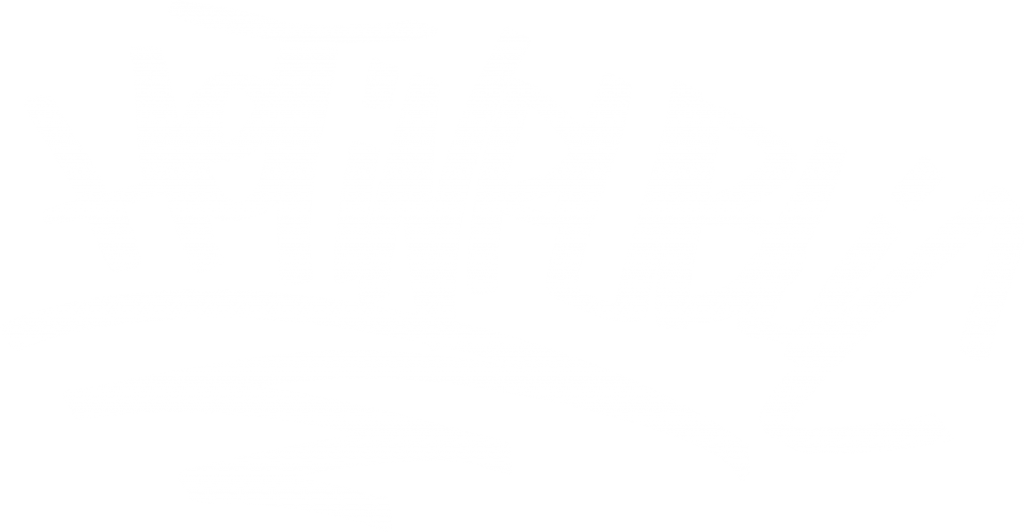 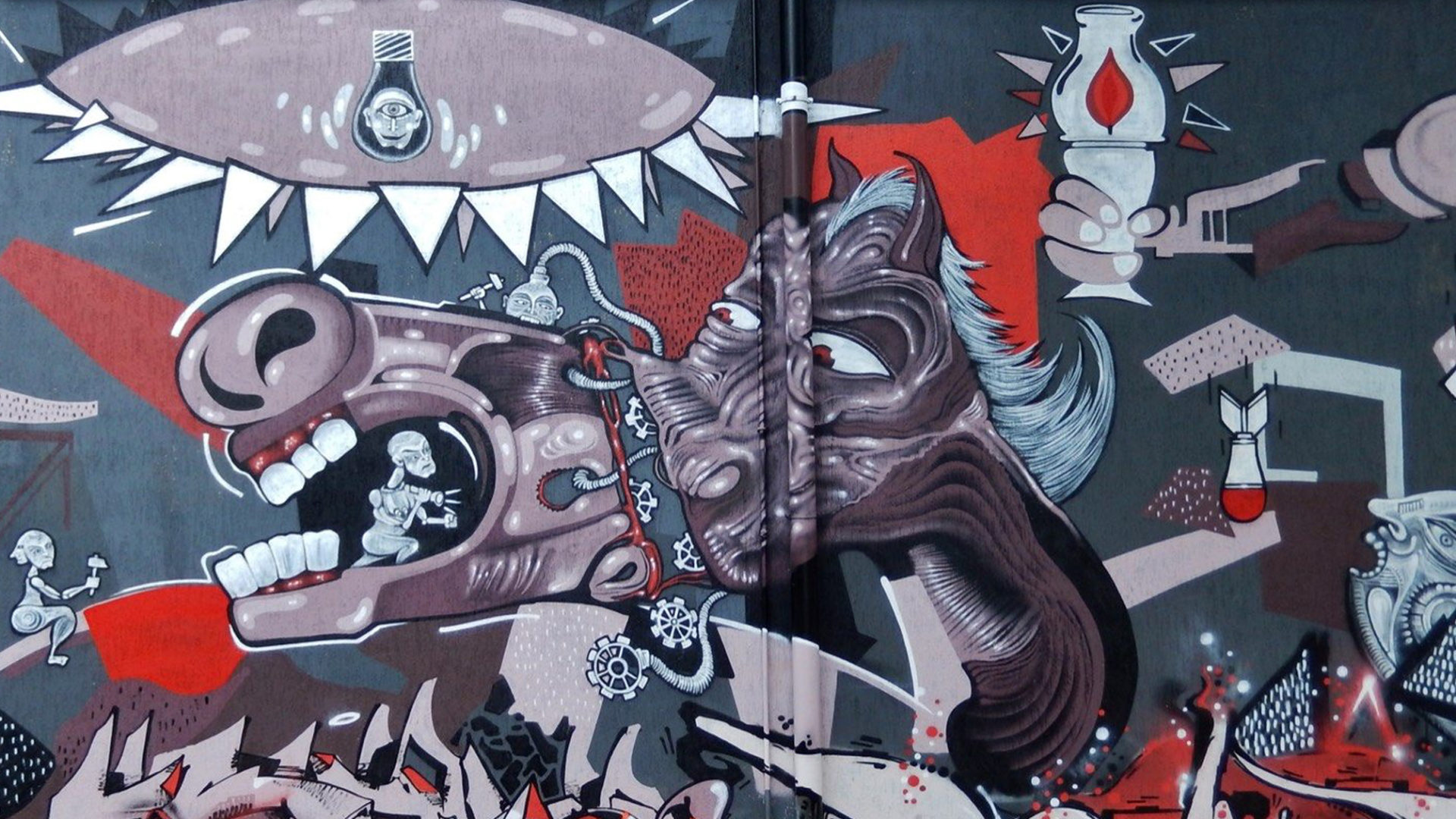 My first approach to art took place in 1996 using spray cans. I’ve been actively painting murals and canvas since 2002; also developing skills of photography and organising artistic, social and educational events. At the same time, I started managing spray Labs, where the artistic component combined the educational and social fields… 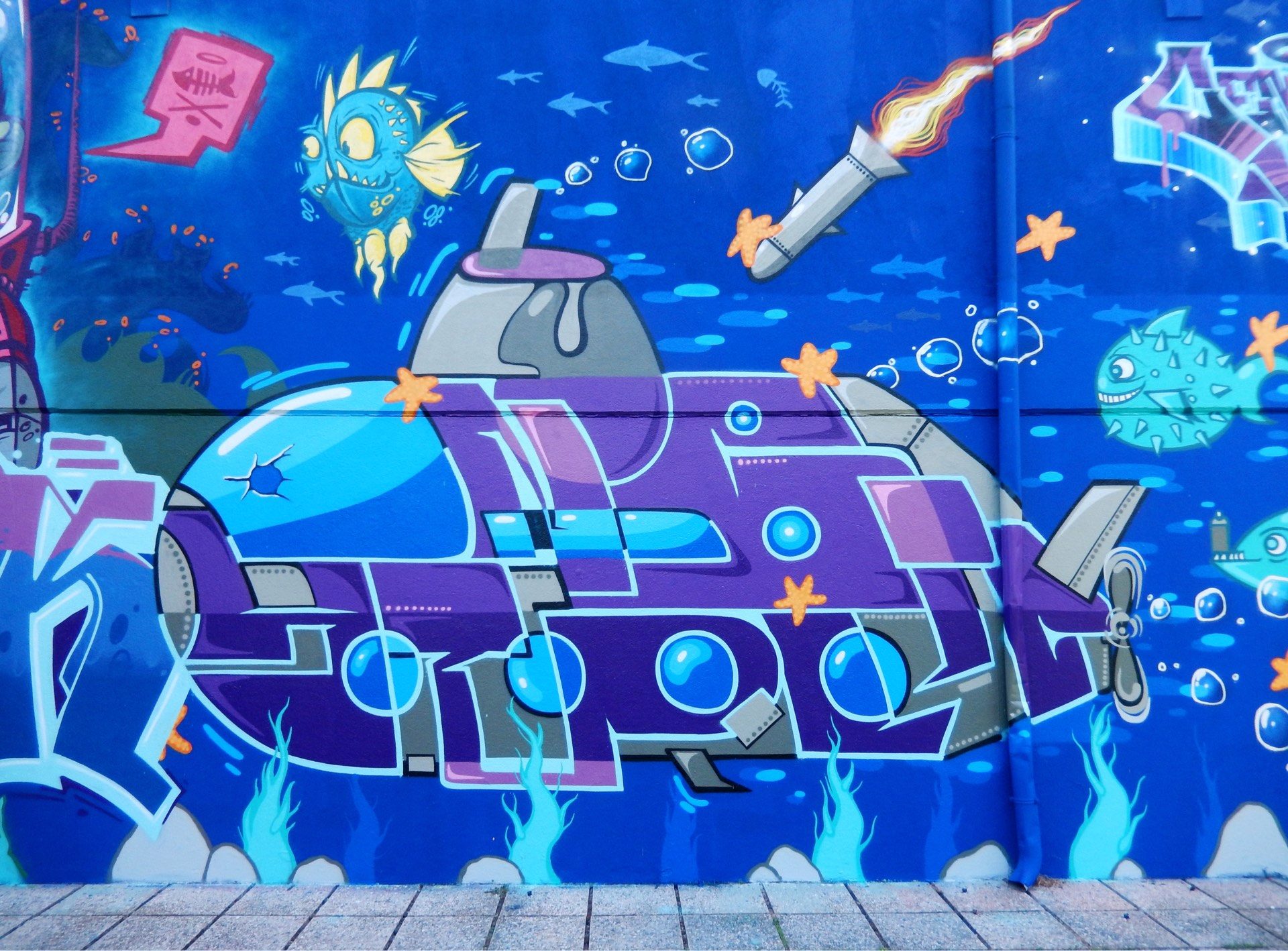 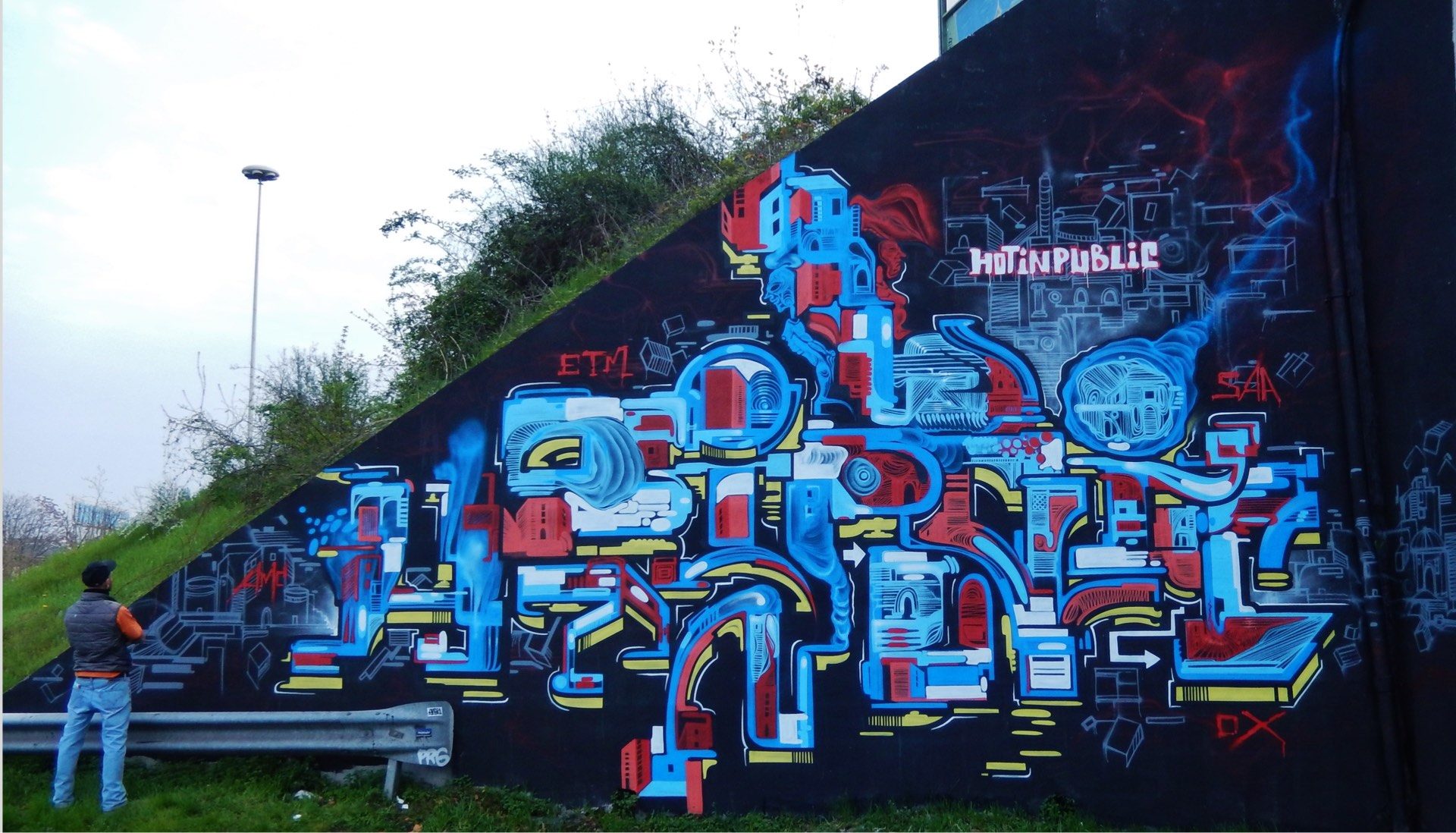 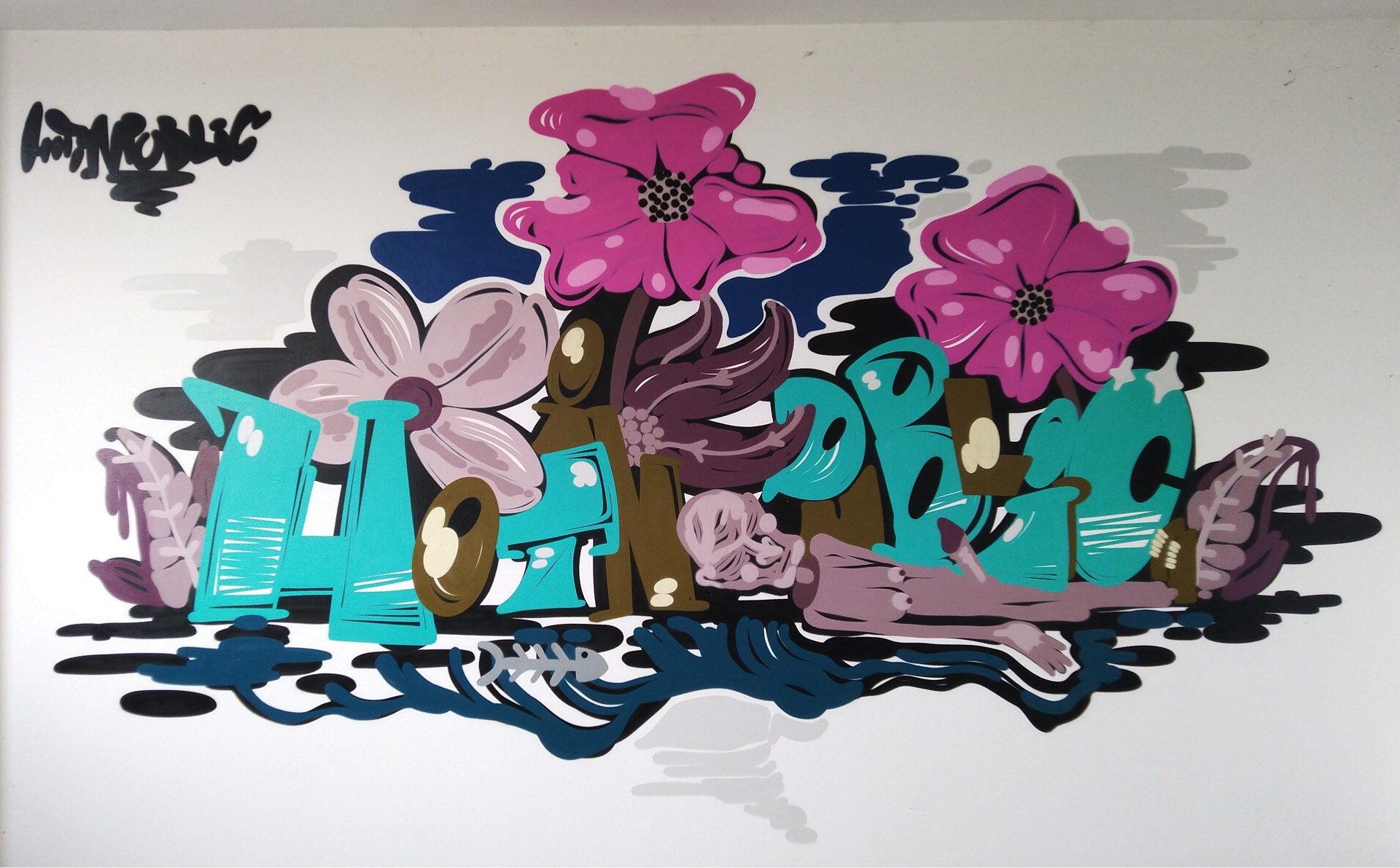 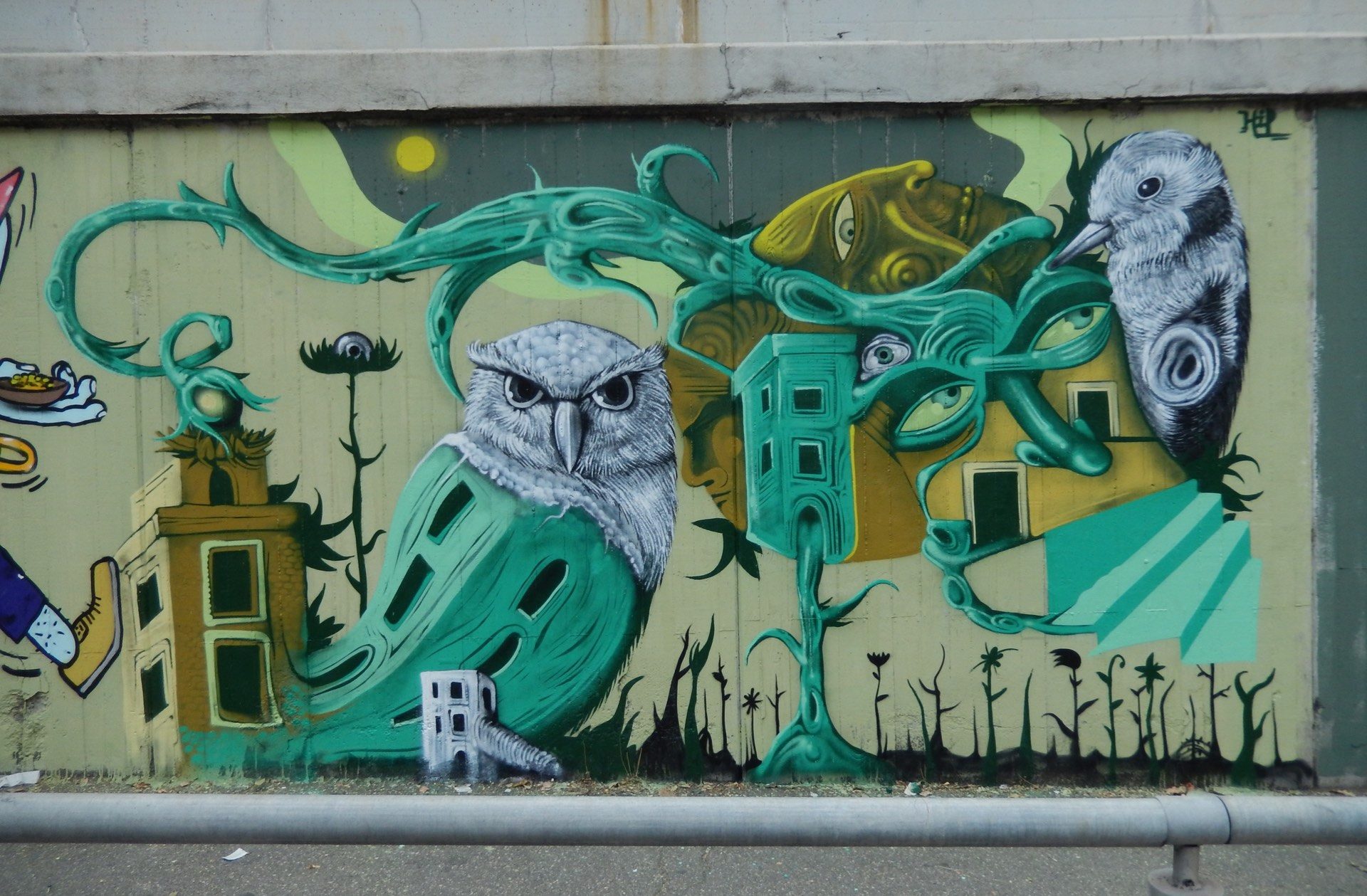 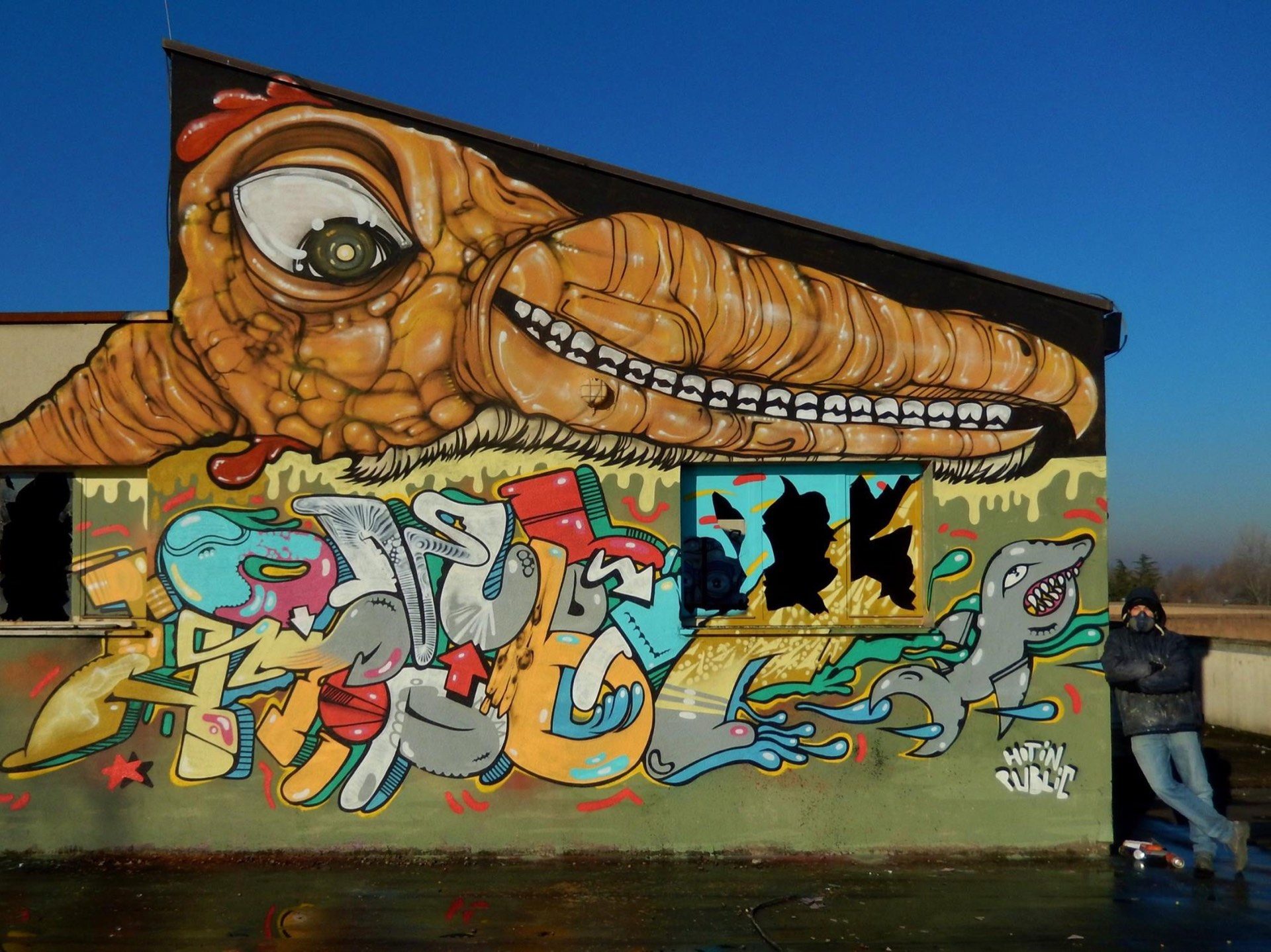 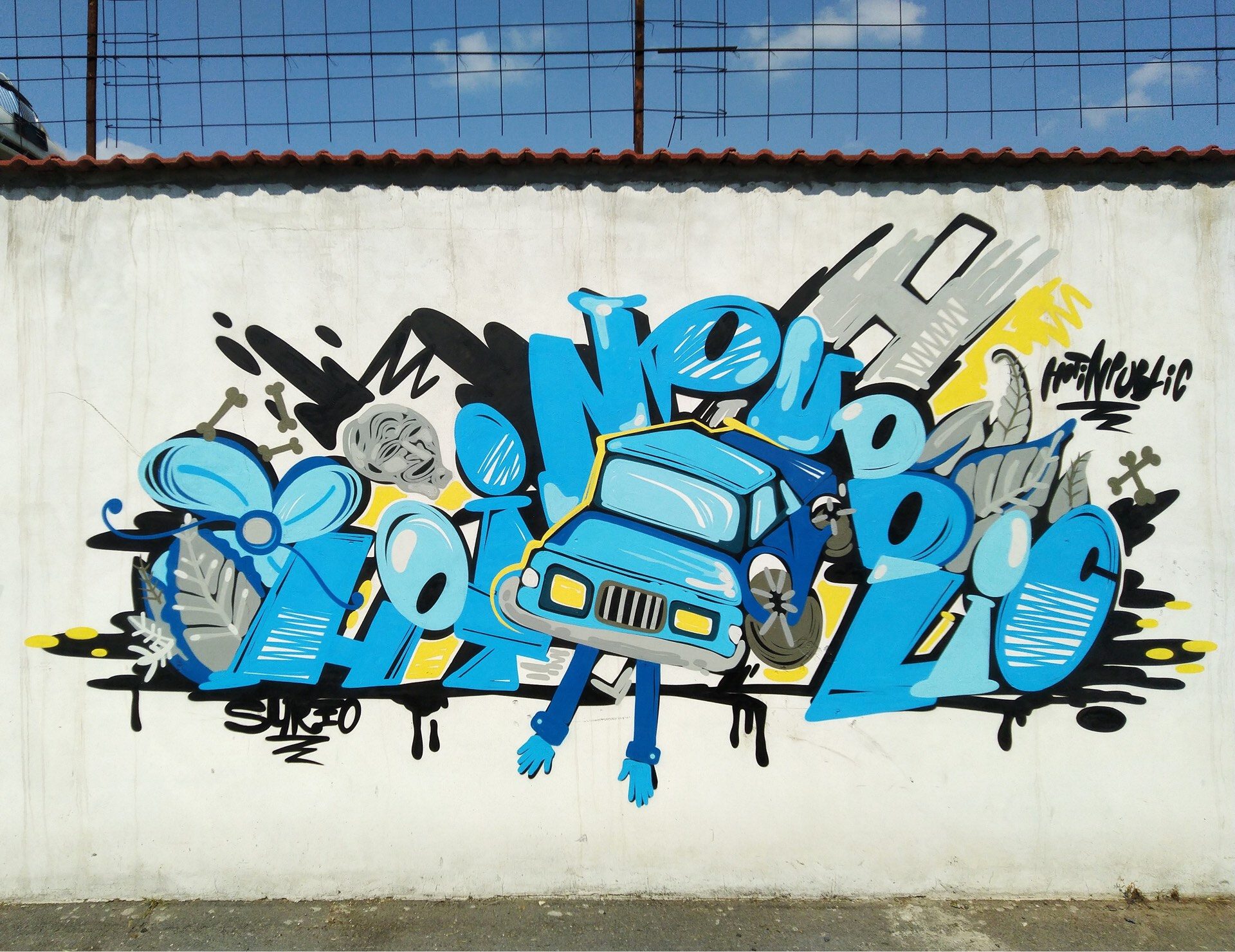 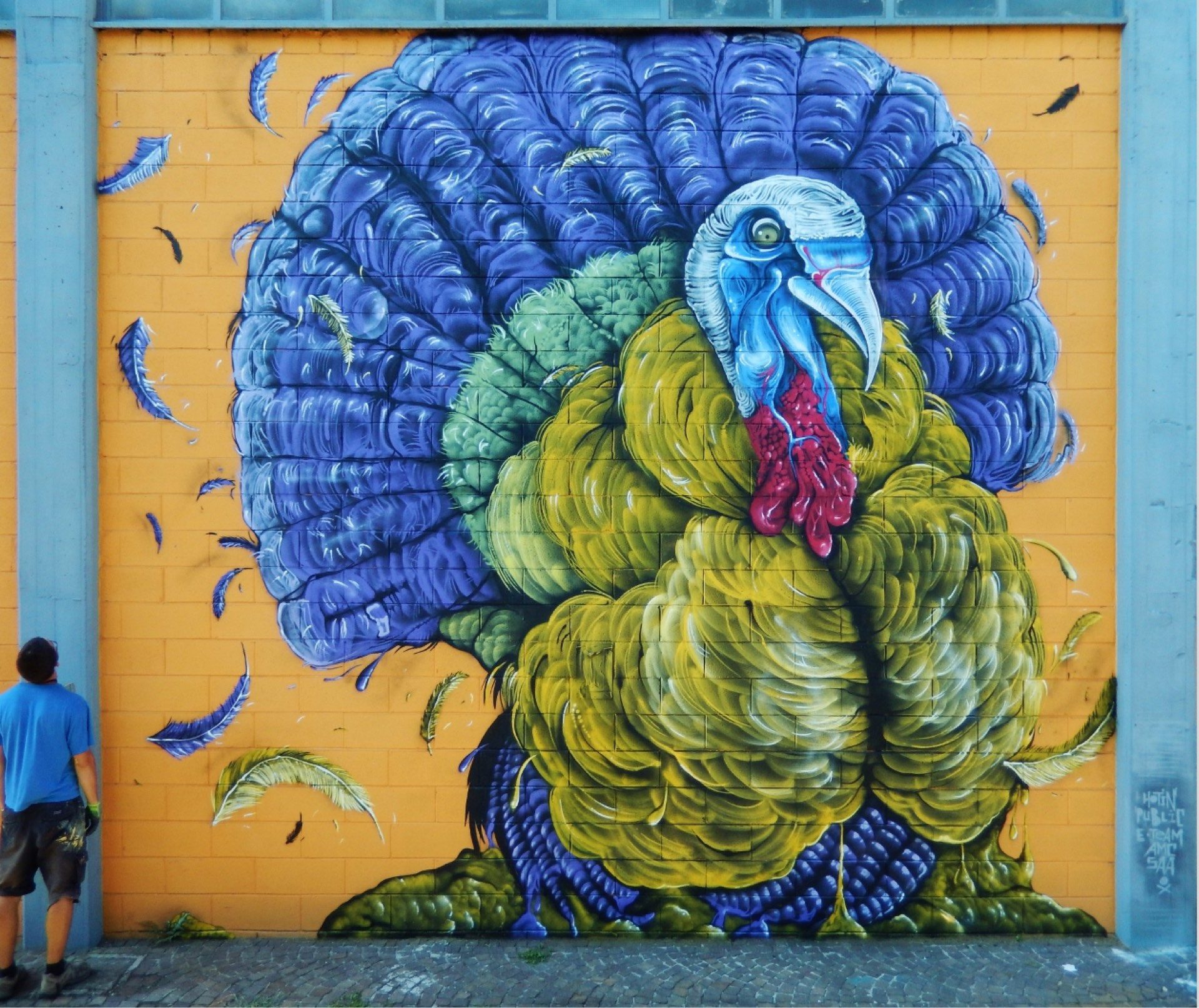 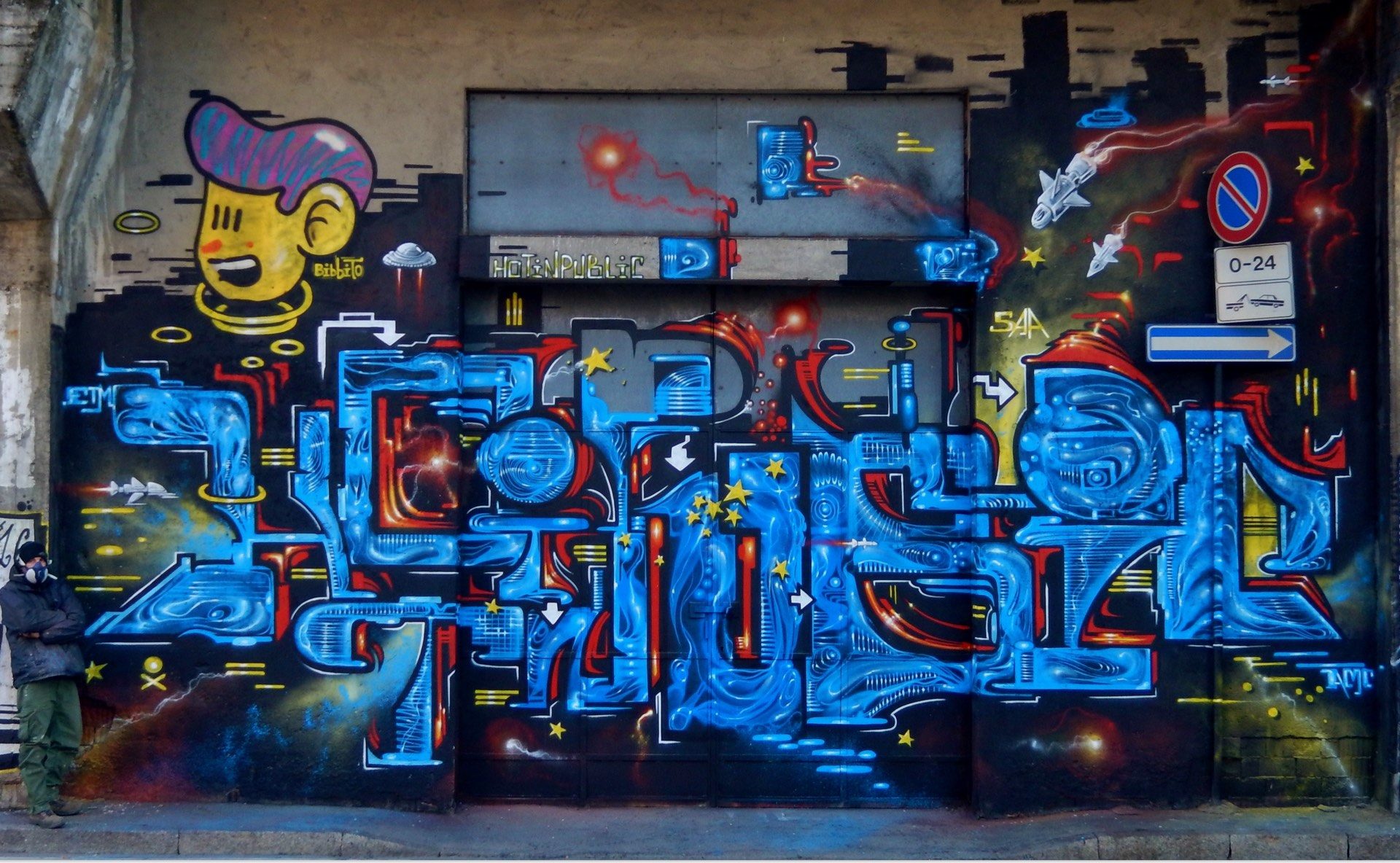 After developing this project, I was called to participate as speaker in two workshops called “Pa.is. Partecipa il sociale” (in english ‘’Take part to social’’) and “Festa della partecipazione” (in english ‘’Involvement Day’’), resp. in Parma and Pescara city. The summer 2006’s edition of the spray Lab called “Spazi Periferici: hip-hop linguaggi creativi’’ (in english ‘’Suburban spot: hip-hop creative language’’) held in Pieve Emanuele (a city close to Milan), was a three-day event sponsored by the Province of Milan. My role at the event was Art Director and Event Coordinator.

My first approach was in '95, when at the high school. I kept watching my neighbor "scribbling" some cool stuff on sheets; deciding somehow to ask him what he was doin’.He told me that stuff was called writing...
Hot in Public Interview »

The event was aimed to enhance the city of Pieve Emanuele (and the people living there) also experimenting the connection between various different languages ​​such as writing, music, theater and performance (in particular about two video-pictorial performance of mine). One goal partially achieved was to promote a progressive approach about the world of graffiti and the contemporary art among the attendees, also leveraging the hip-hop passion of the young guys. After this event, I took part to “Verba manent”, an artistic event realized along the Navigli area (in english ‘’Canals’’) of Milan. 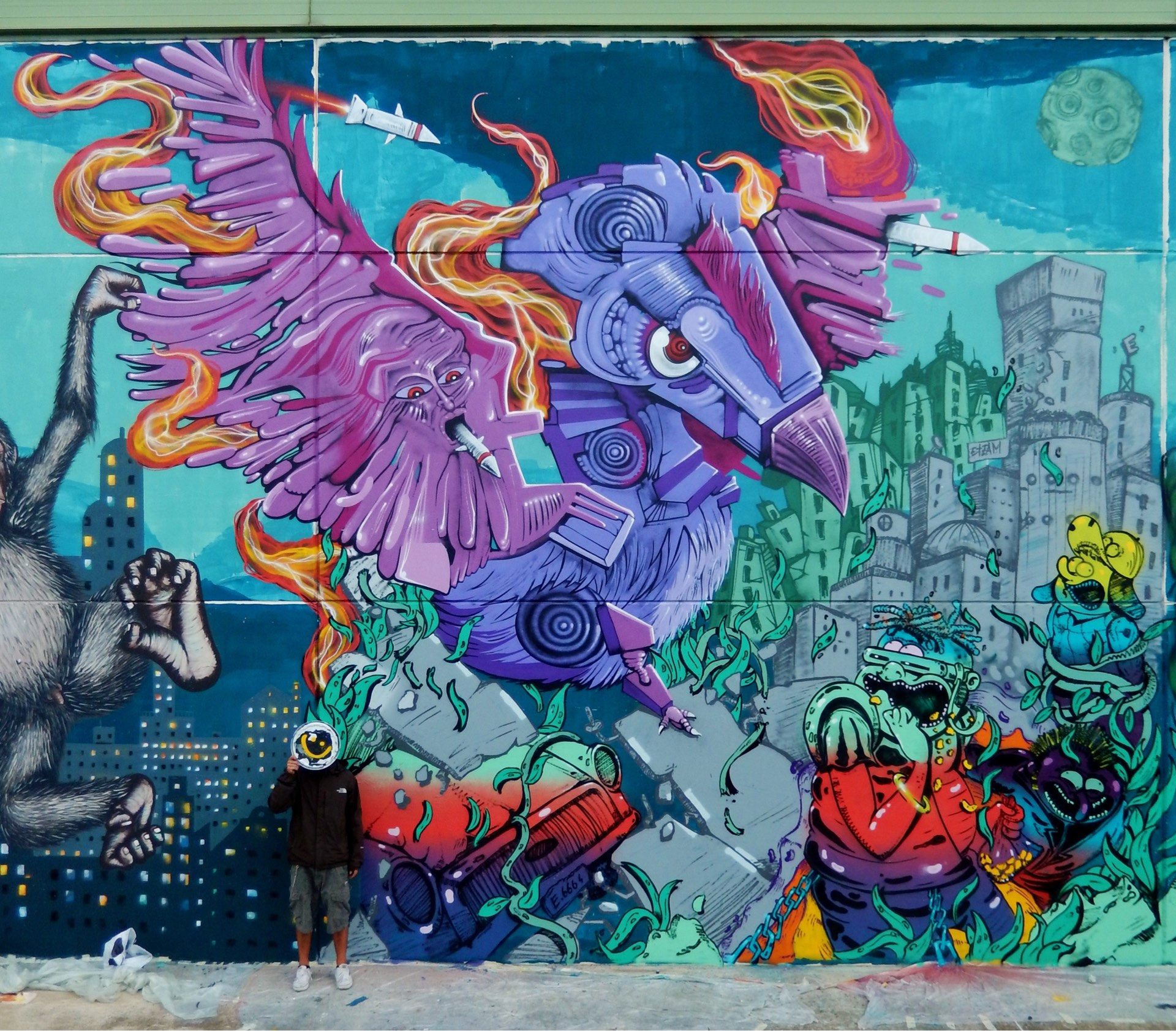 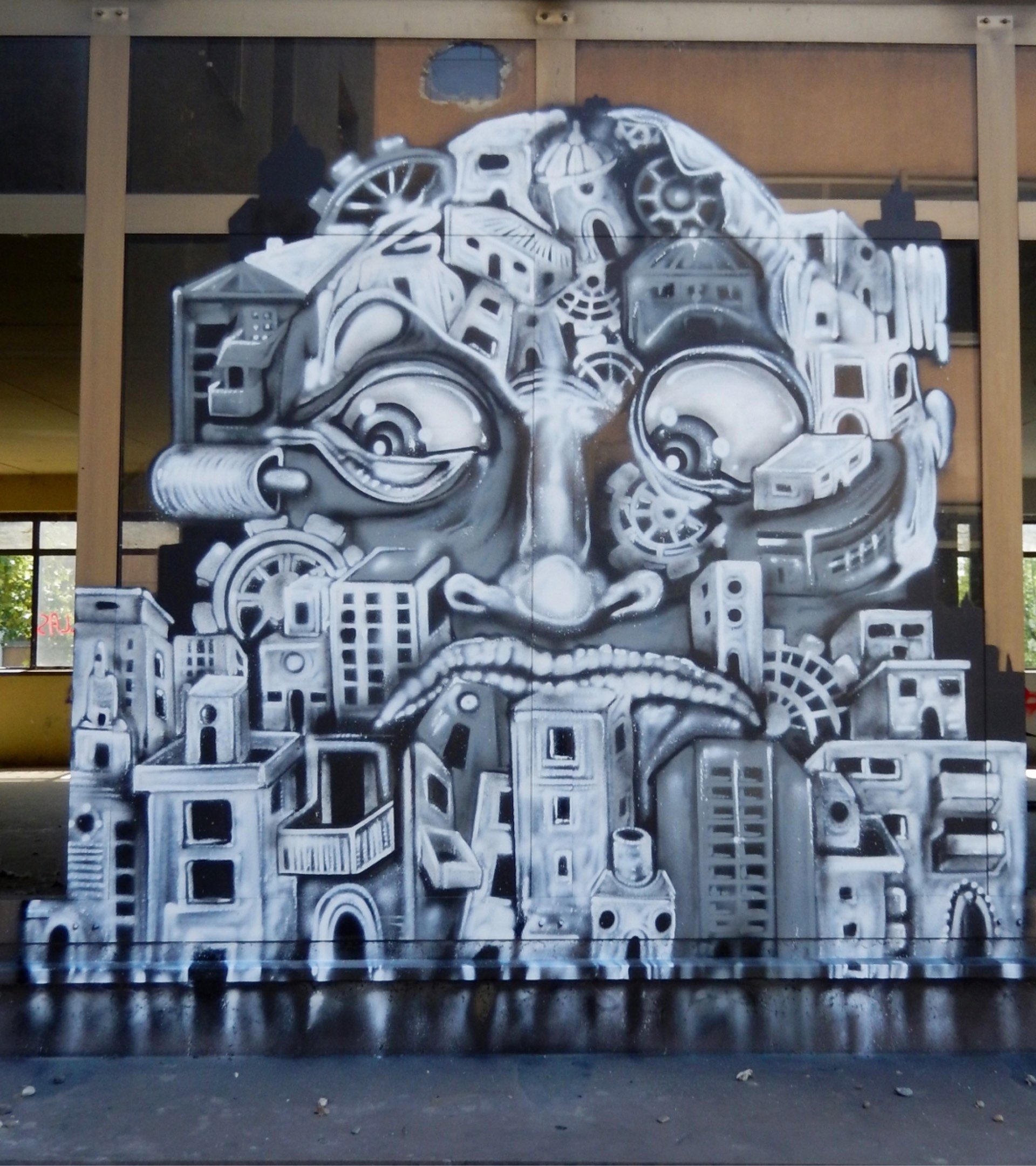 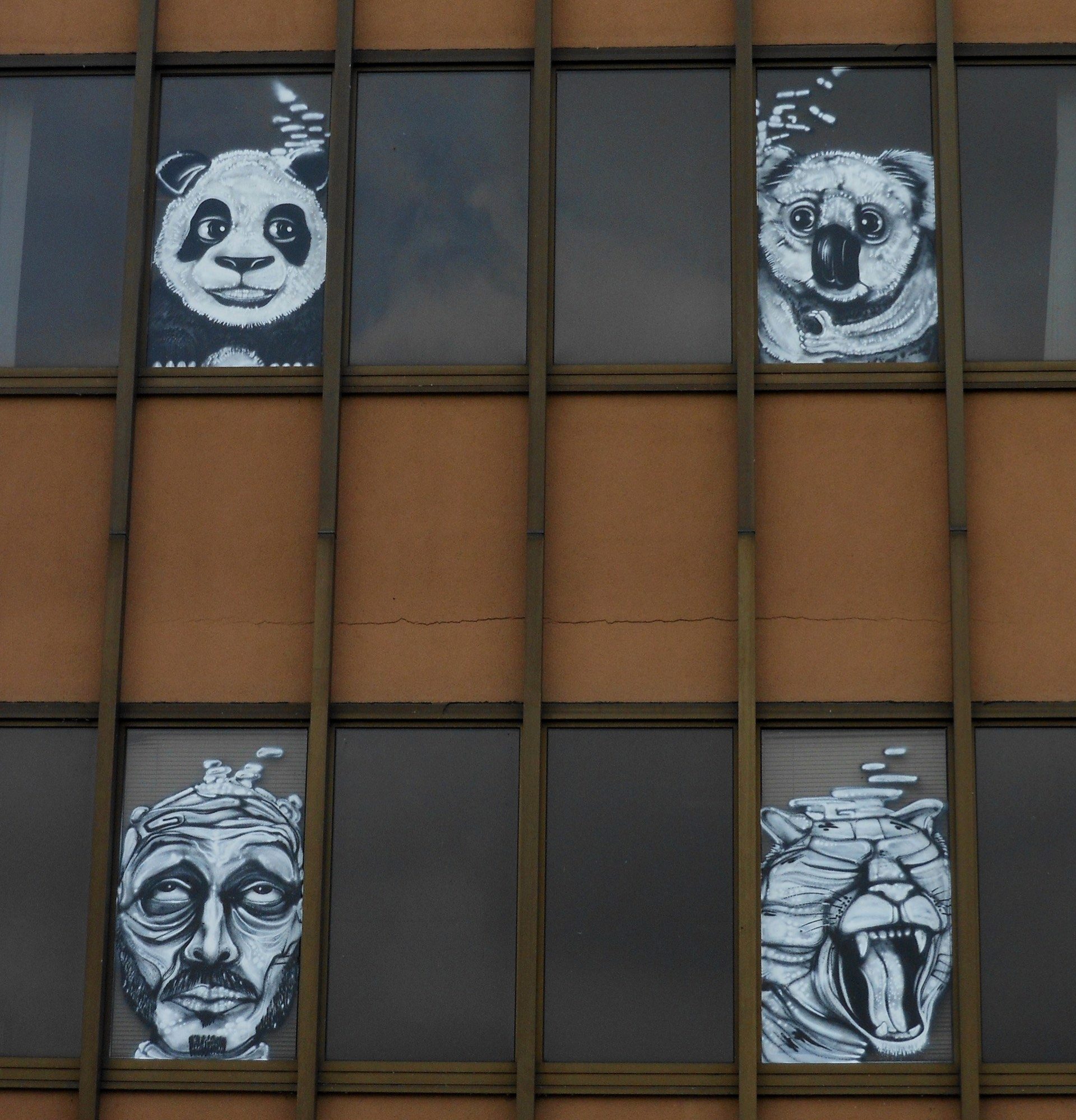 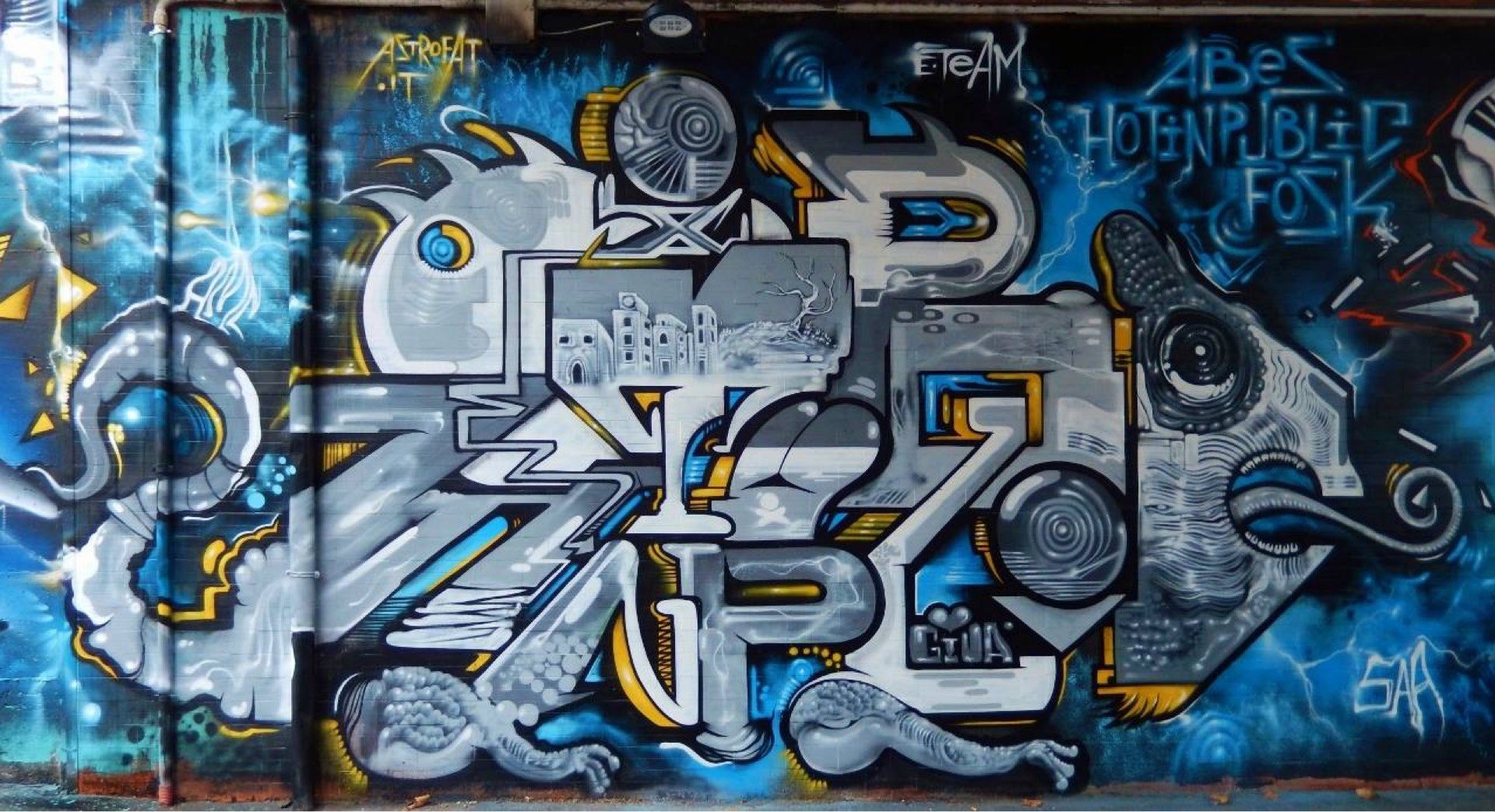 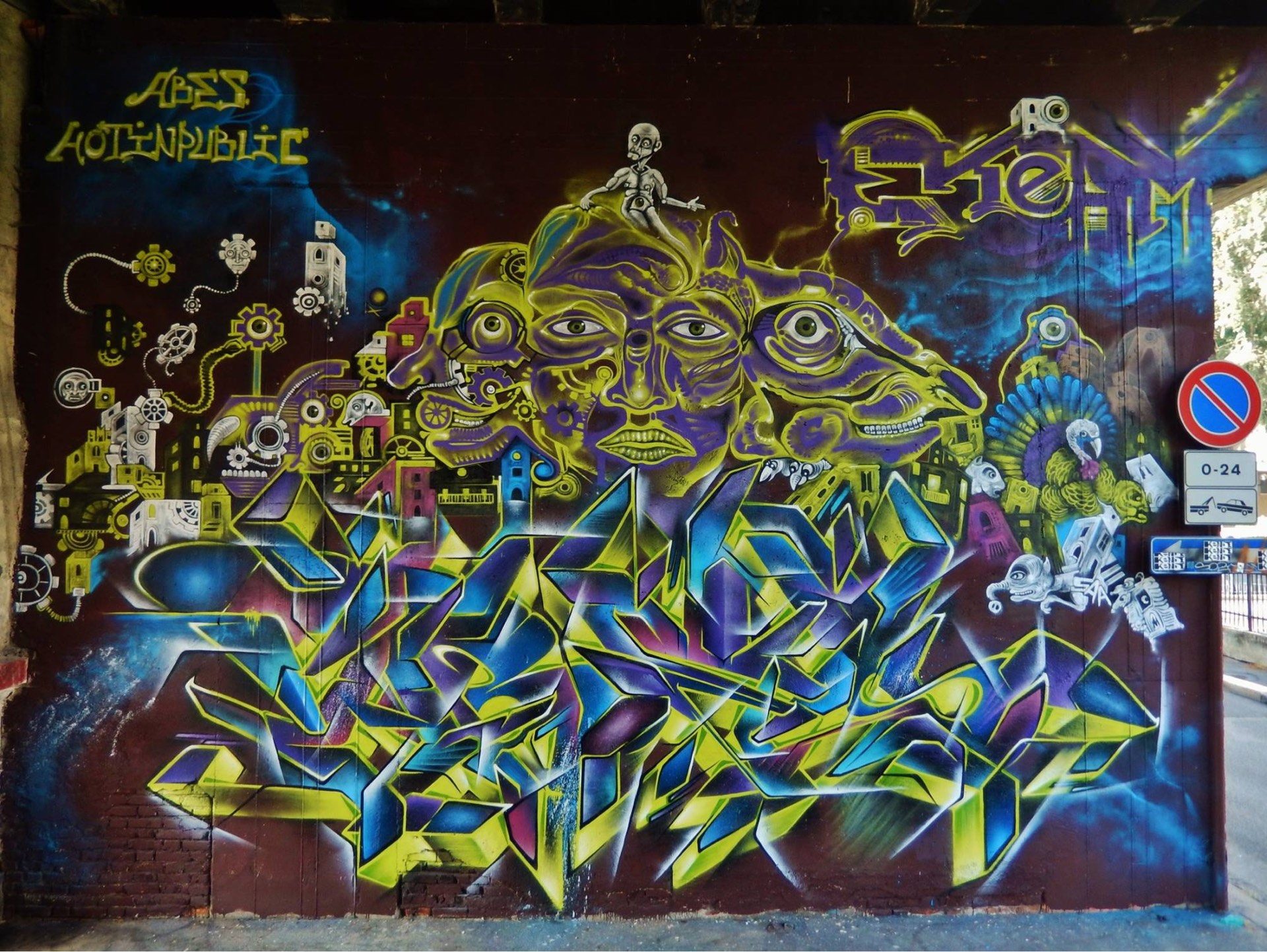 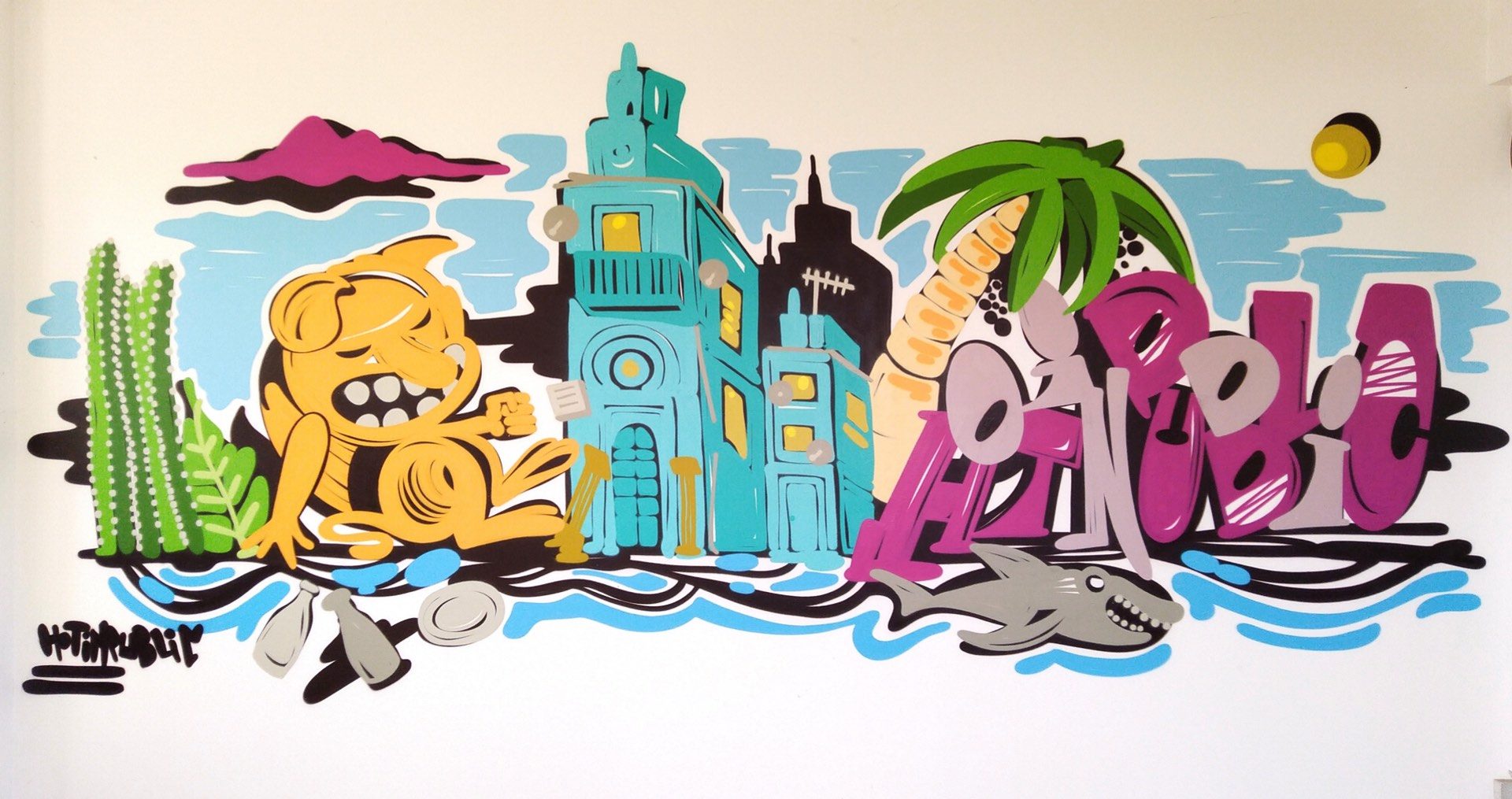 The same year, I created a mural in collaboration with the Association “Suoni sonori” (in english’’Loud sounds’’); also managing a spray lab inside the Youth Authority “C. Beccaria ”of Milan. Subsequently, I found the studio Lab “Hot in public”, born from the ashes of the Association, aimed to use the Art as a tool of knowledge and spirit of criticism, of social intervention and real observation of the surrounding.

Between 2008 and 2009, I took part to another project as “Progetto in rete: Così è la vita” (in english ‘’ Network project: That’s life!’’) within the Youth Authority “C. Beccaria’’. Around April same year, I exposed to the collective “Made to measure” curated by Luciano Inga-pin at Villa Pomini in Castellanza (Varese, a city close to Milan). Therefore, in August same year, I joined the project “Simple” of the C.A.P.A.C. Politecnico of Milan, realizing further in September another spray Lab inside the Milanese Youth Authority made in collaboration with the Association “Suoni sonori” (in english ‘’Loud Sounds’’). 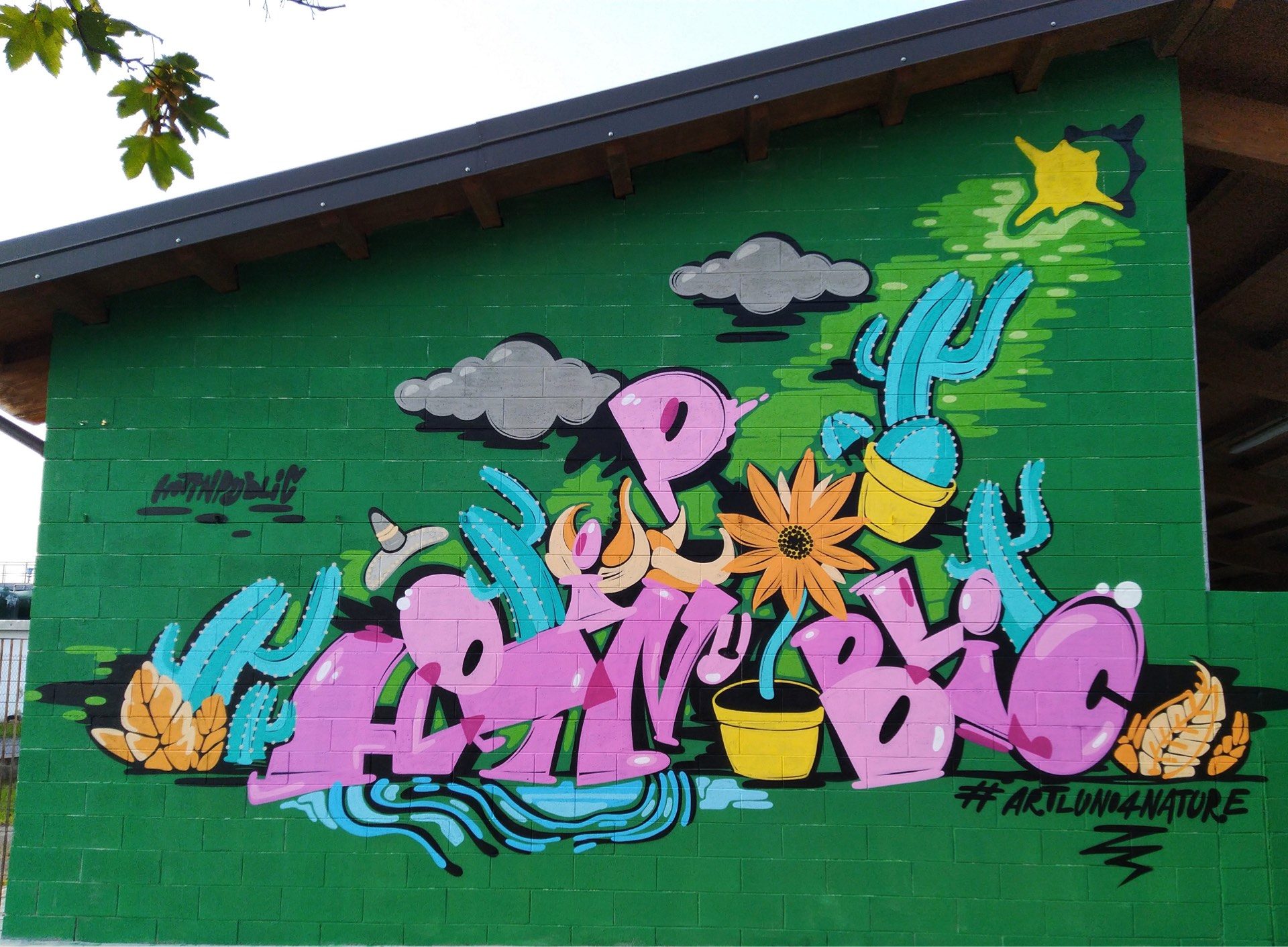 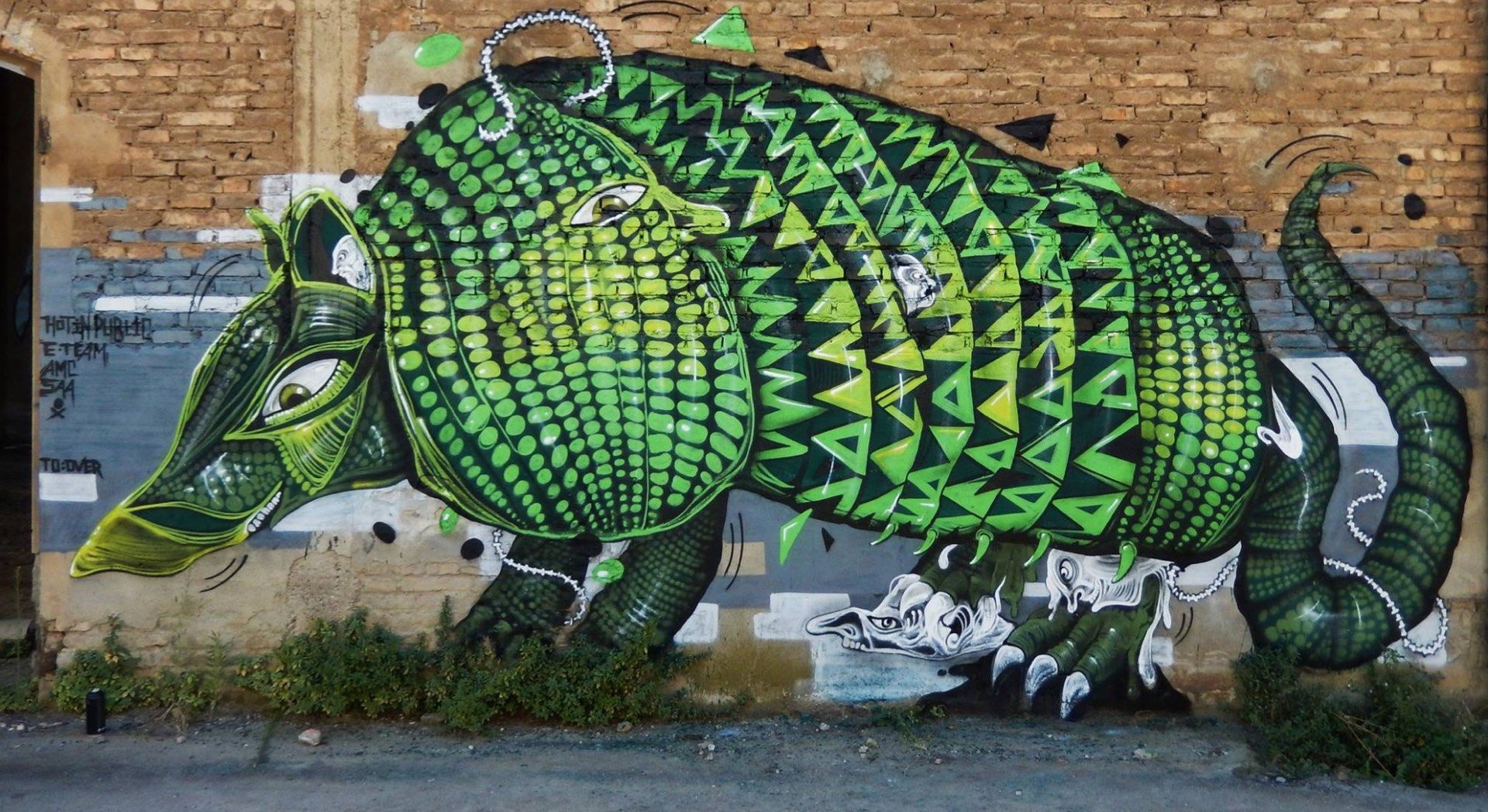 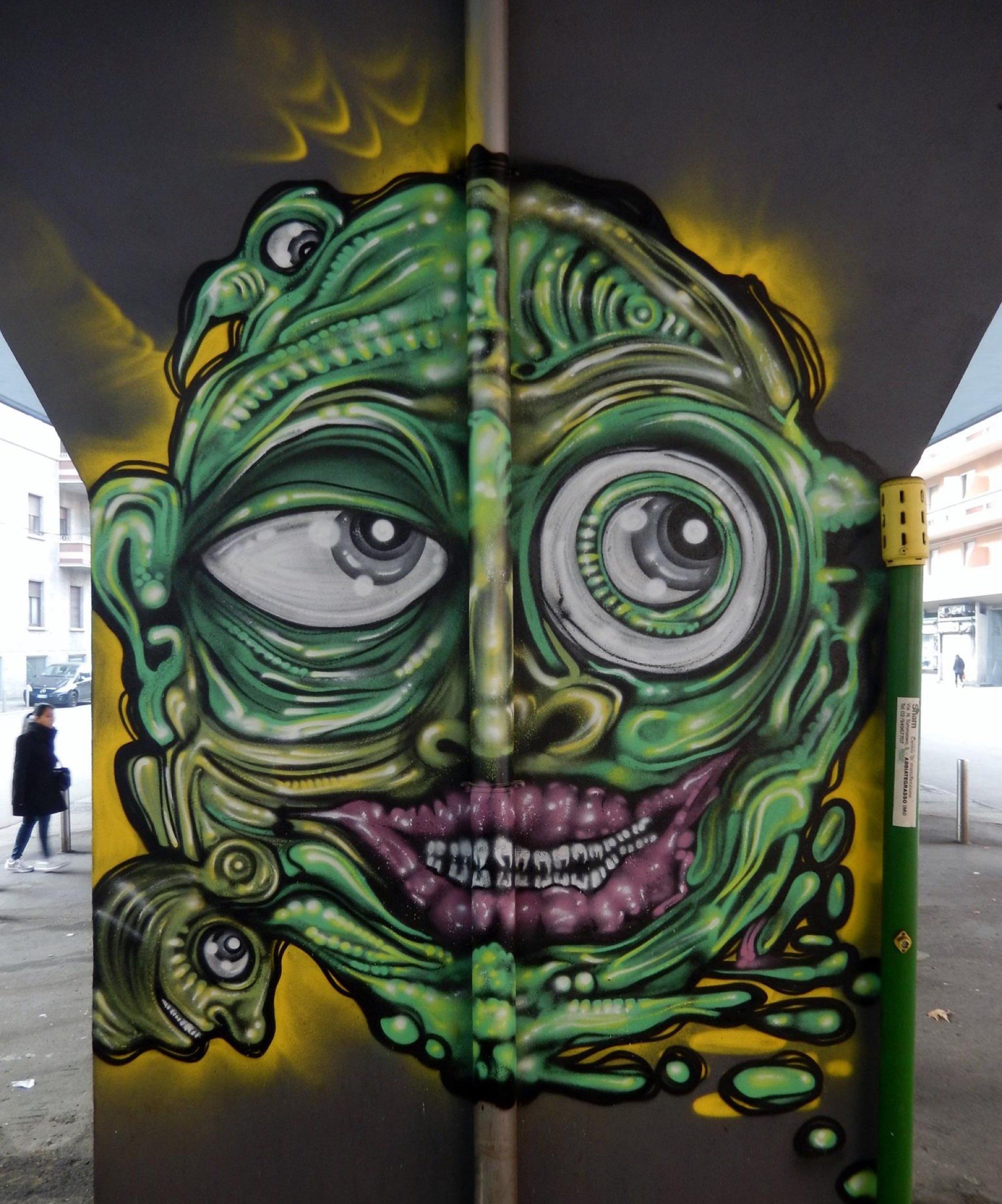 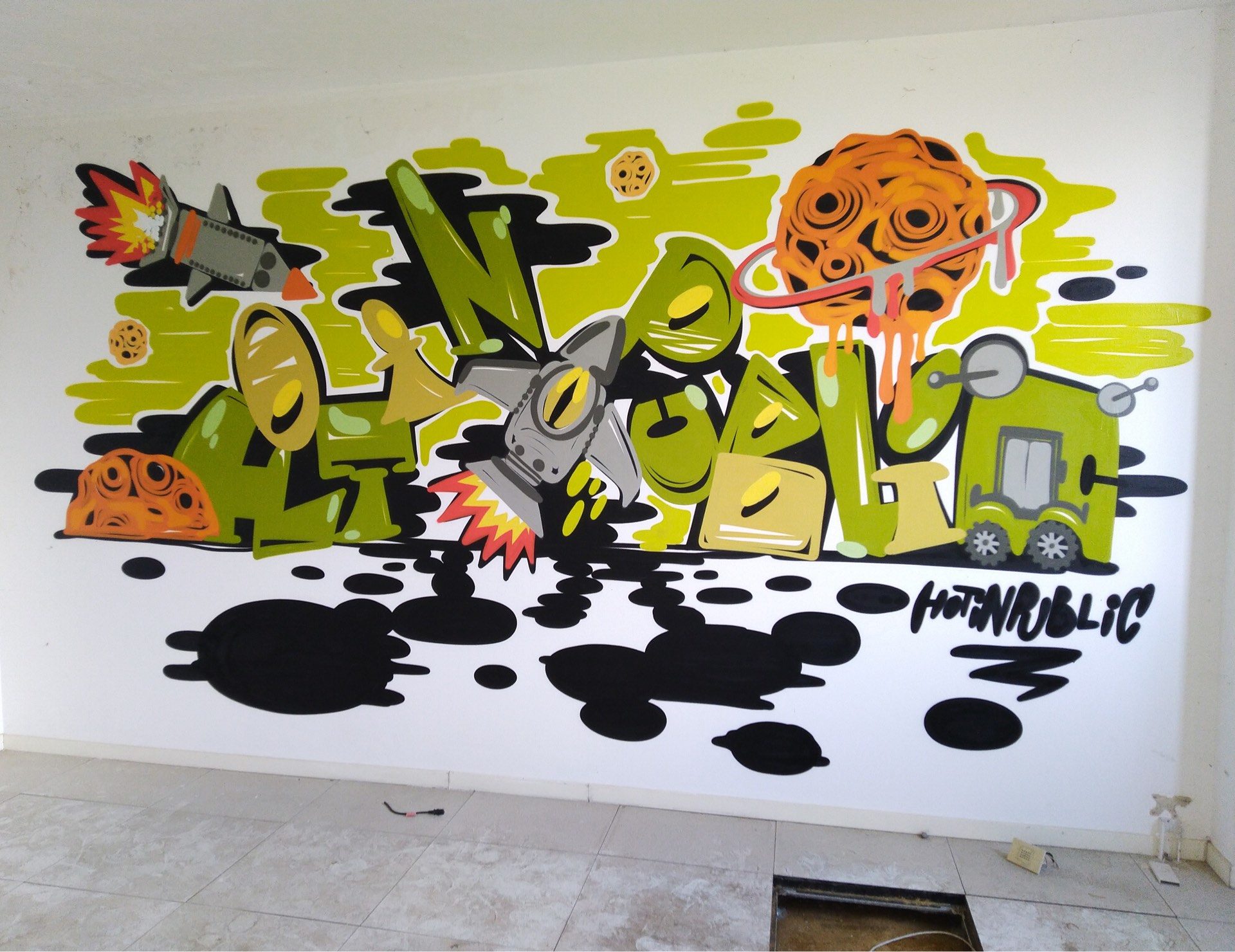 The Graffiti Culture teaches us to have a different approach and attitude towards the "street" and the society. They make you reflect on various concepts related to public and private, to legal and illegal. They could also be used as a form of protest and as a way to express your identity.
Hot in Public Interview »

In 2009, I organized the event called “Circostanze Circondariali” (in english ‘’Prison situation’’), representing the long-term works made in collaboration with the juvenile facility C. Beccaria, mainly focused on the marketing aspect of the event, designing and realising flyer and merchandising.

Since January of 2015, I’m the founder of the Association “Street Arts Academy” focused on the execution of projects and artistic-educational activities.

Often for work I’m asked to leave a message to the youth and the advice is always the same: walk around looking, observing and studying the images. And …. of course, drawing and painting as much as possible. 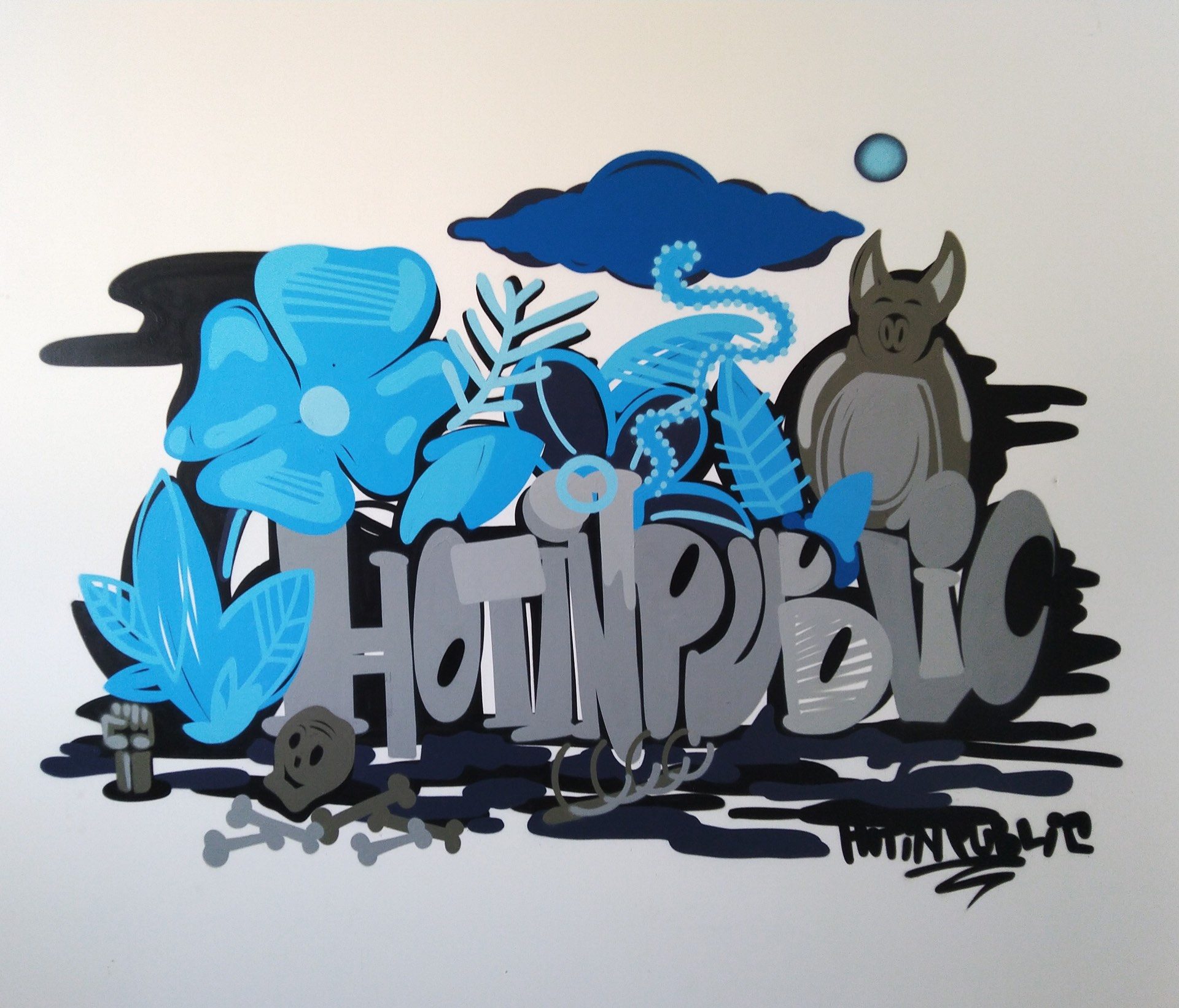 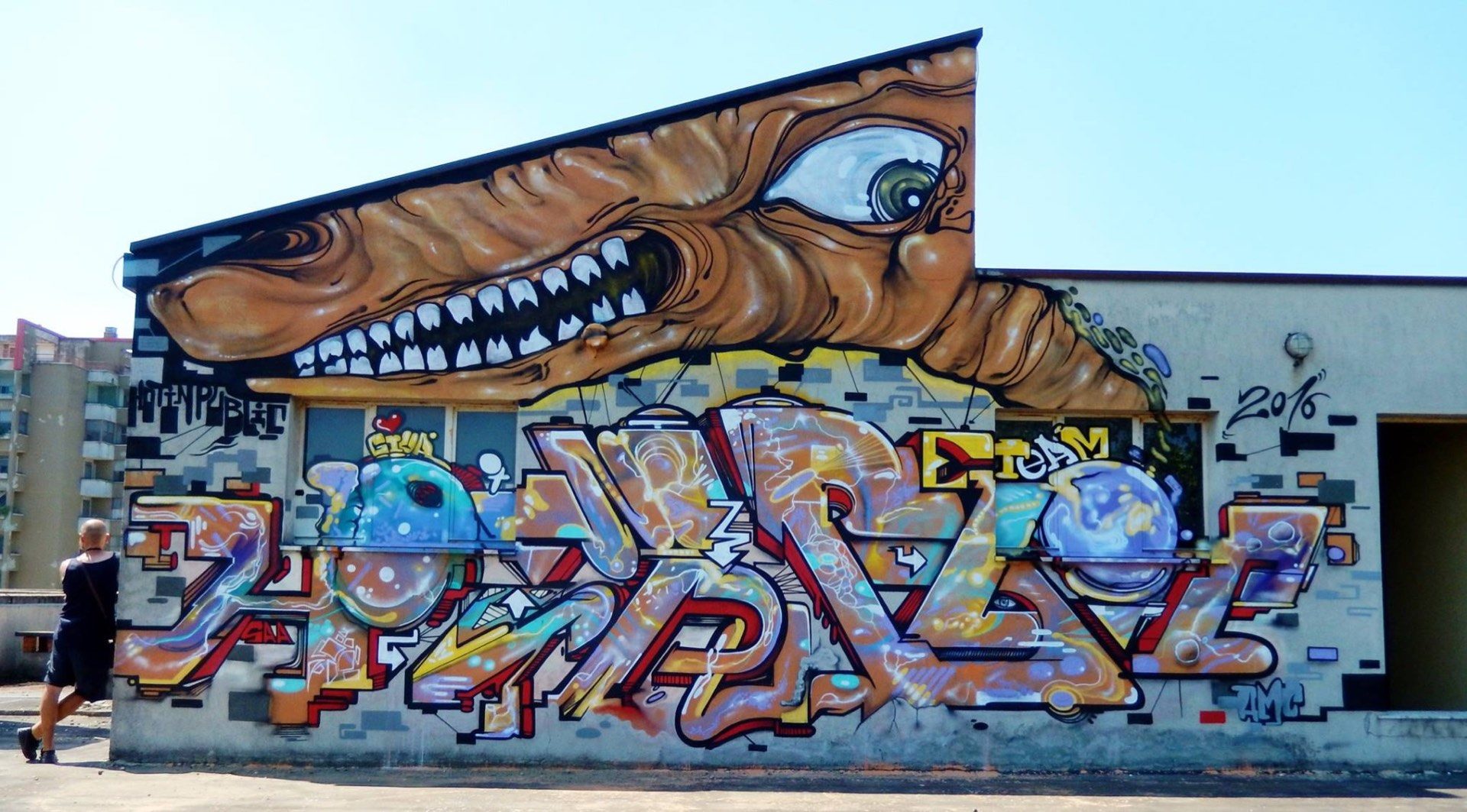 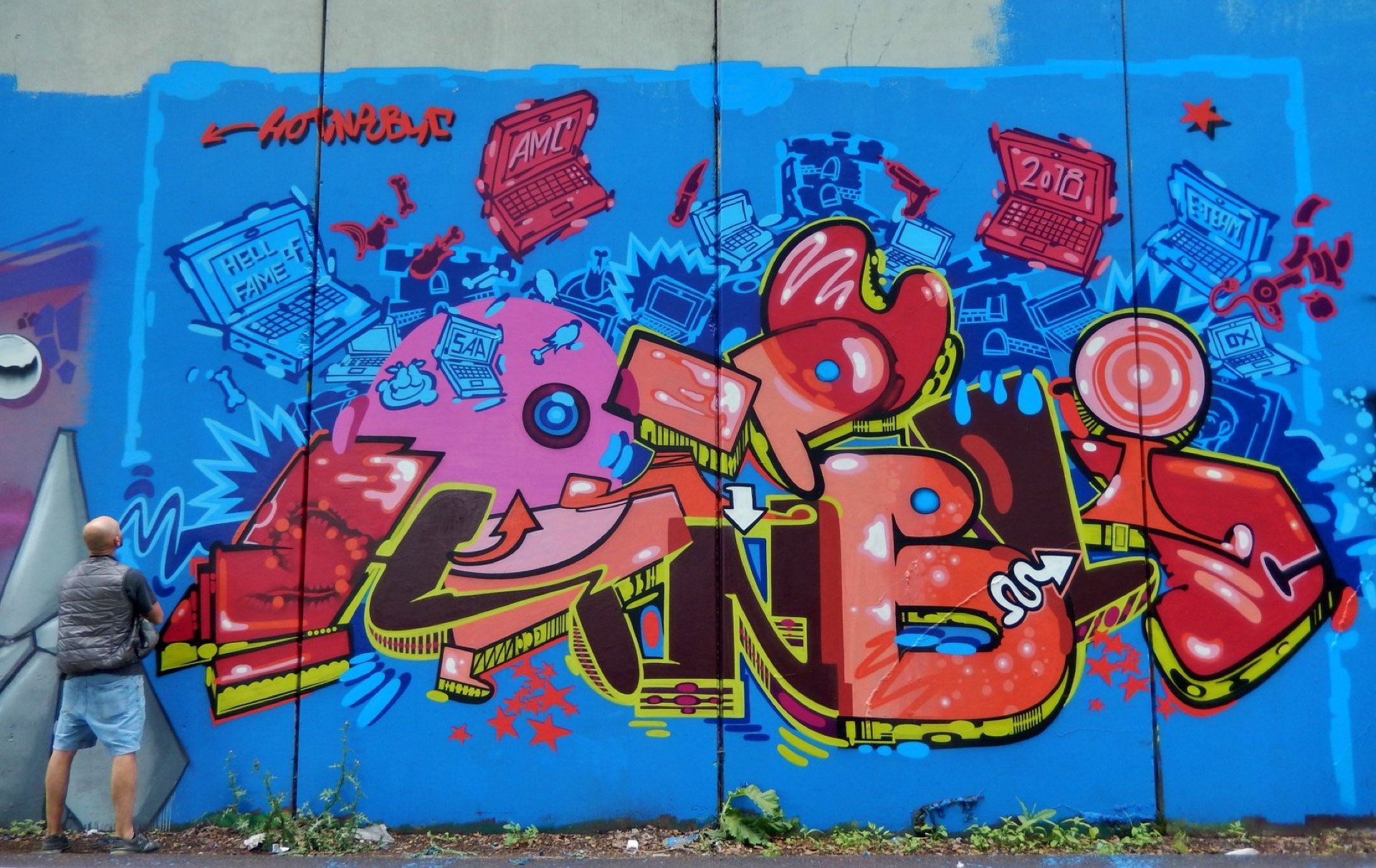 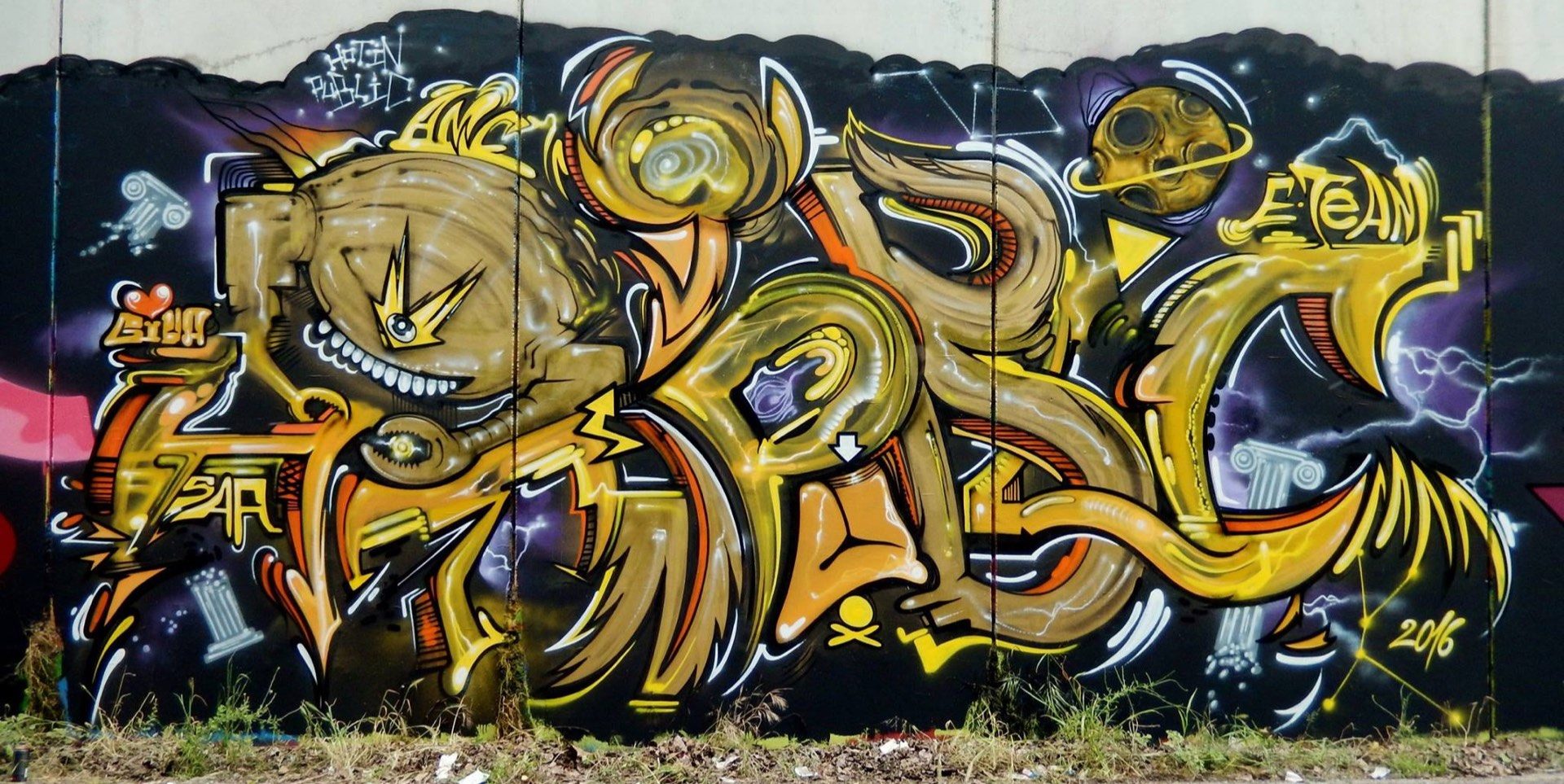 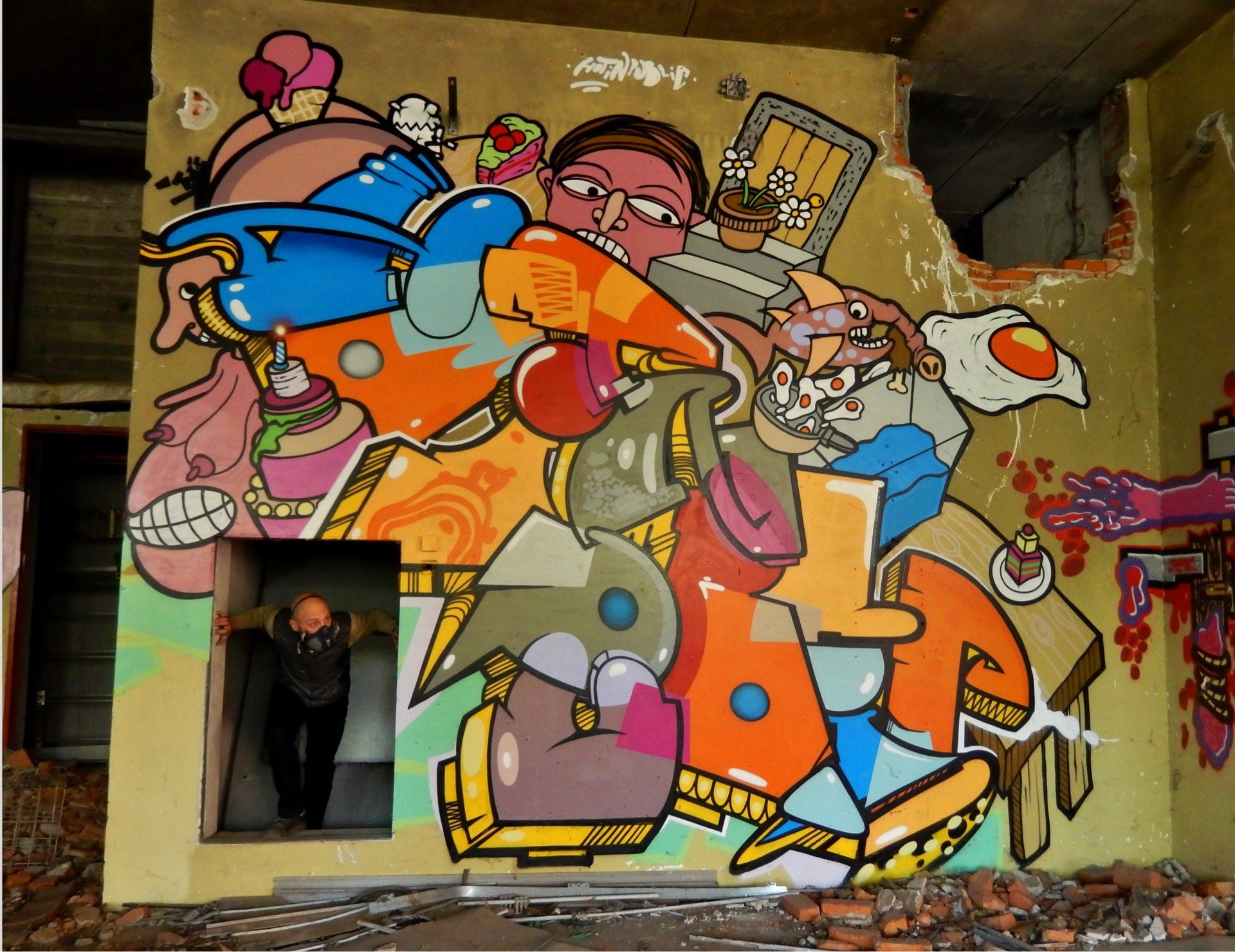 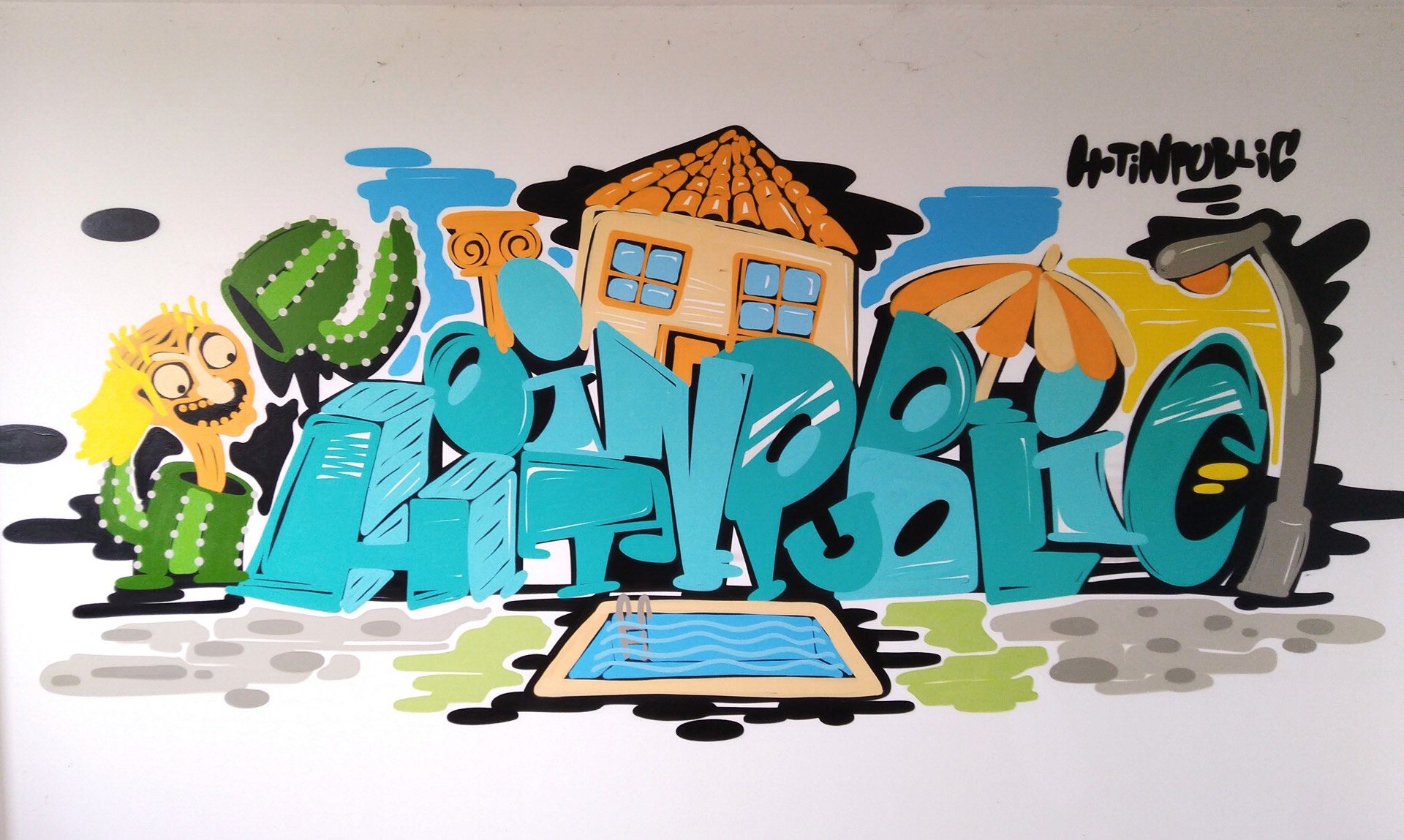