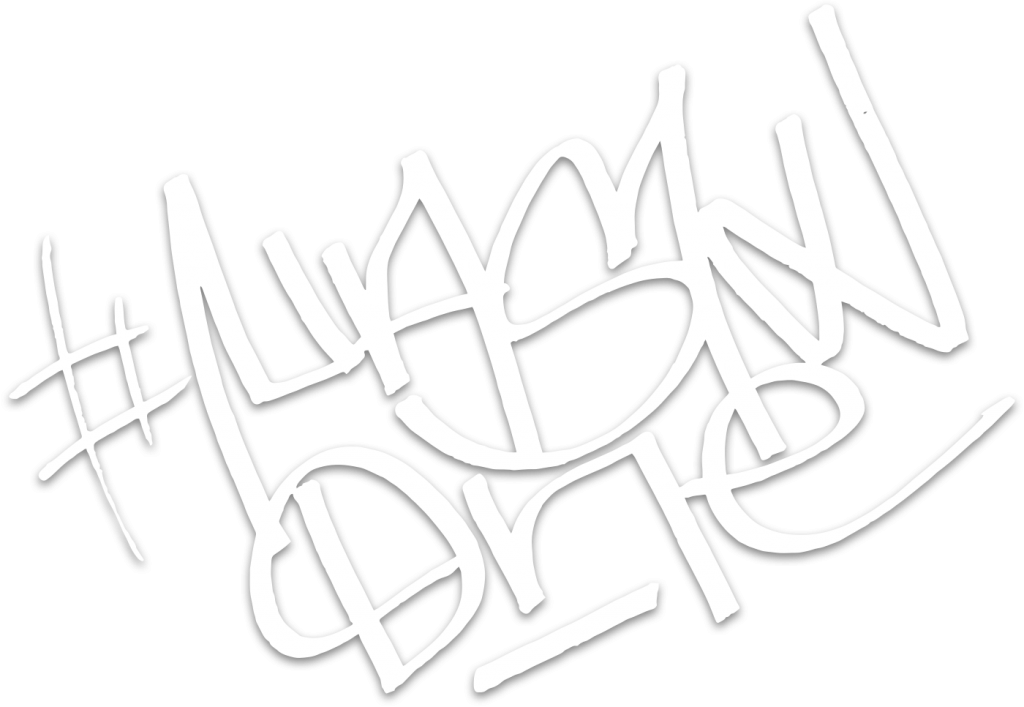 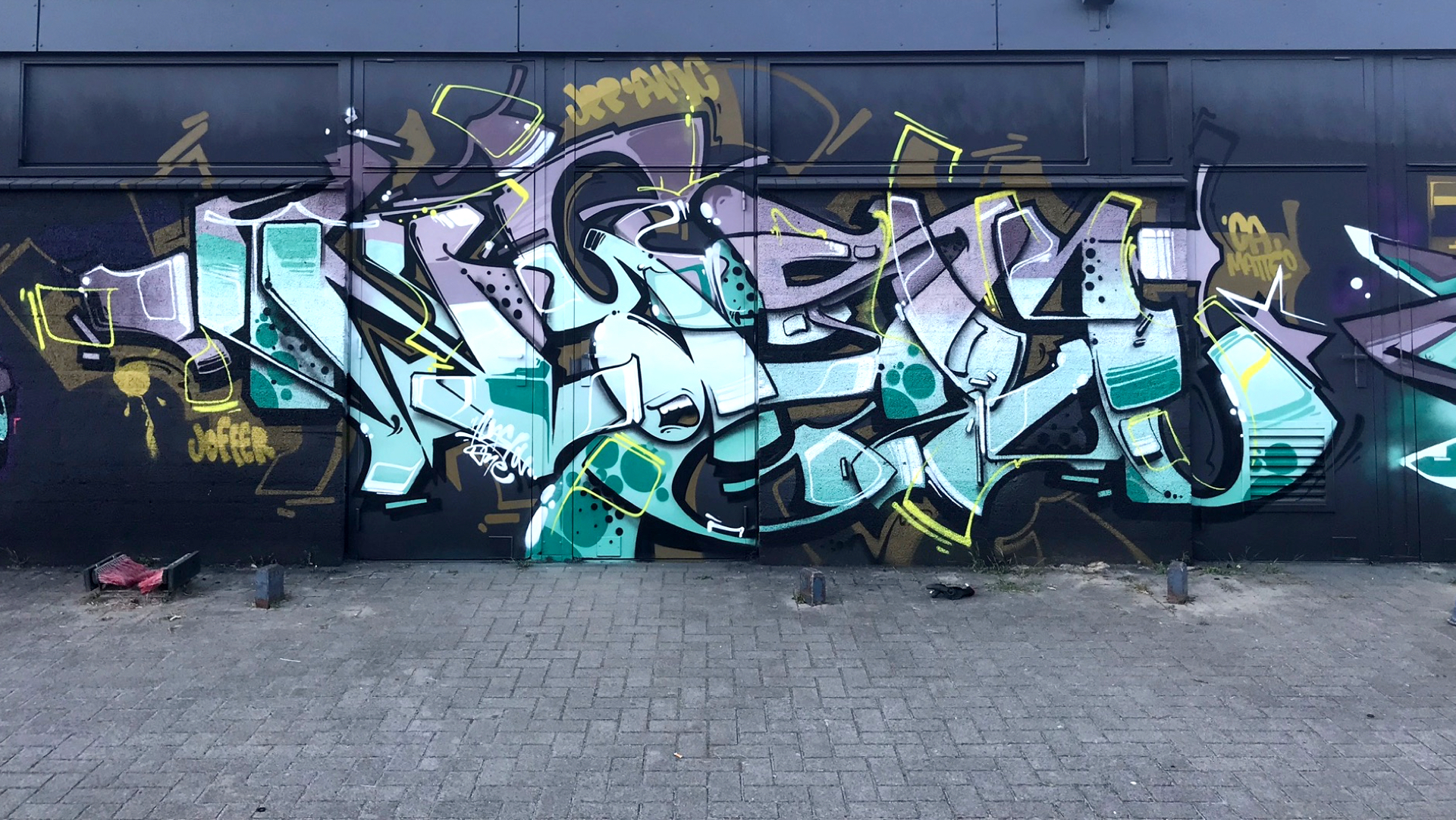 What’s behind Nask’s mask? It’s a love story! In 1980, the Hip Hop culture was in full swing. From rap to breakdance to graffiti, a new mindset is spreading among young people. Soon Nask, driven by his curiosity, wanted to know more about this movement, until finally adopting the lifestyle that accompanies this culture. 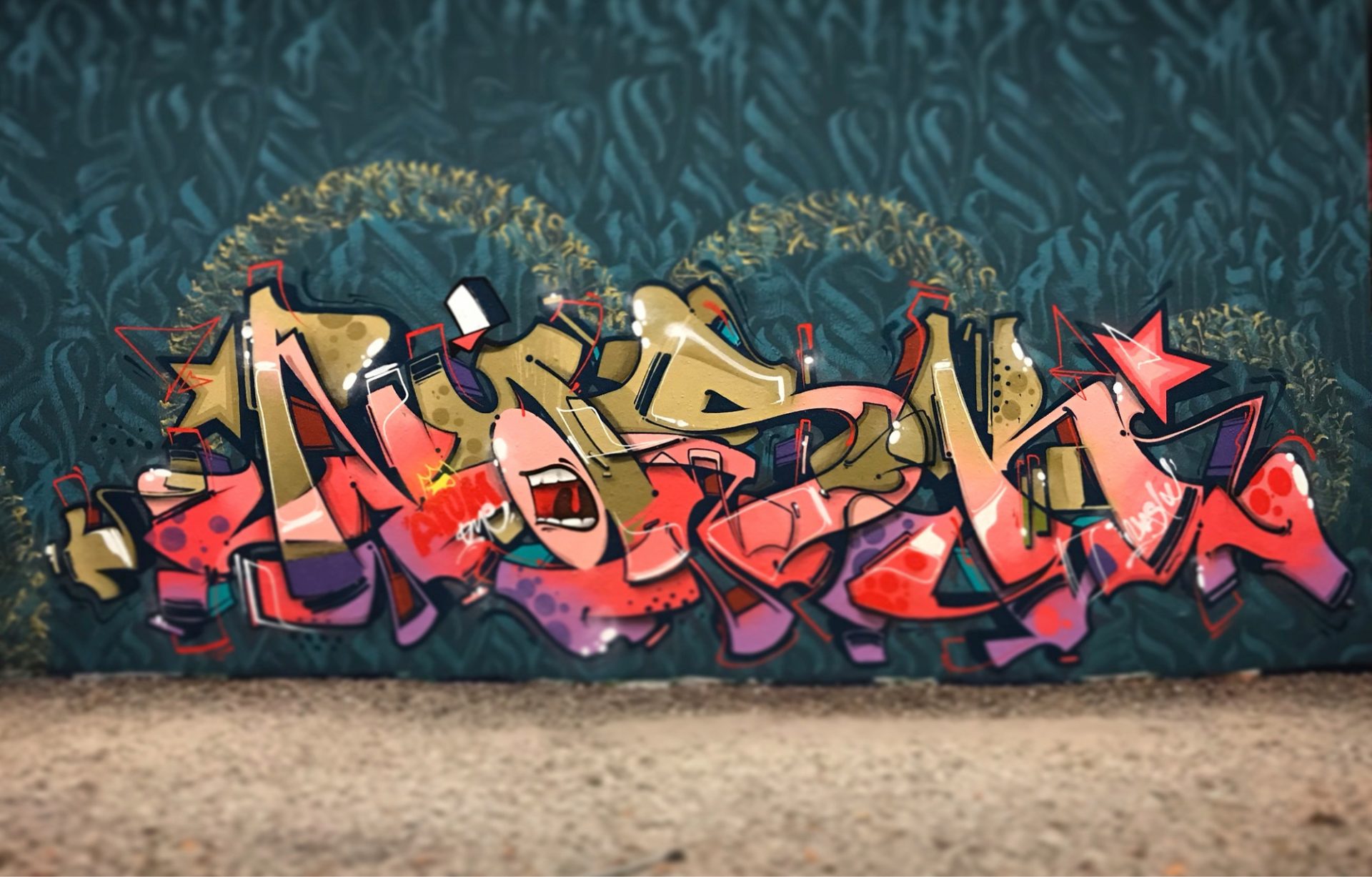 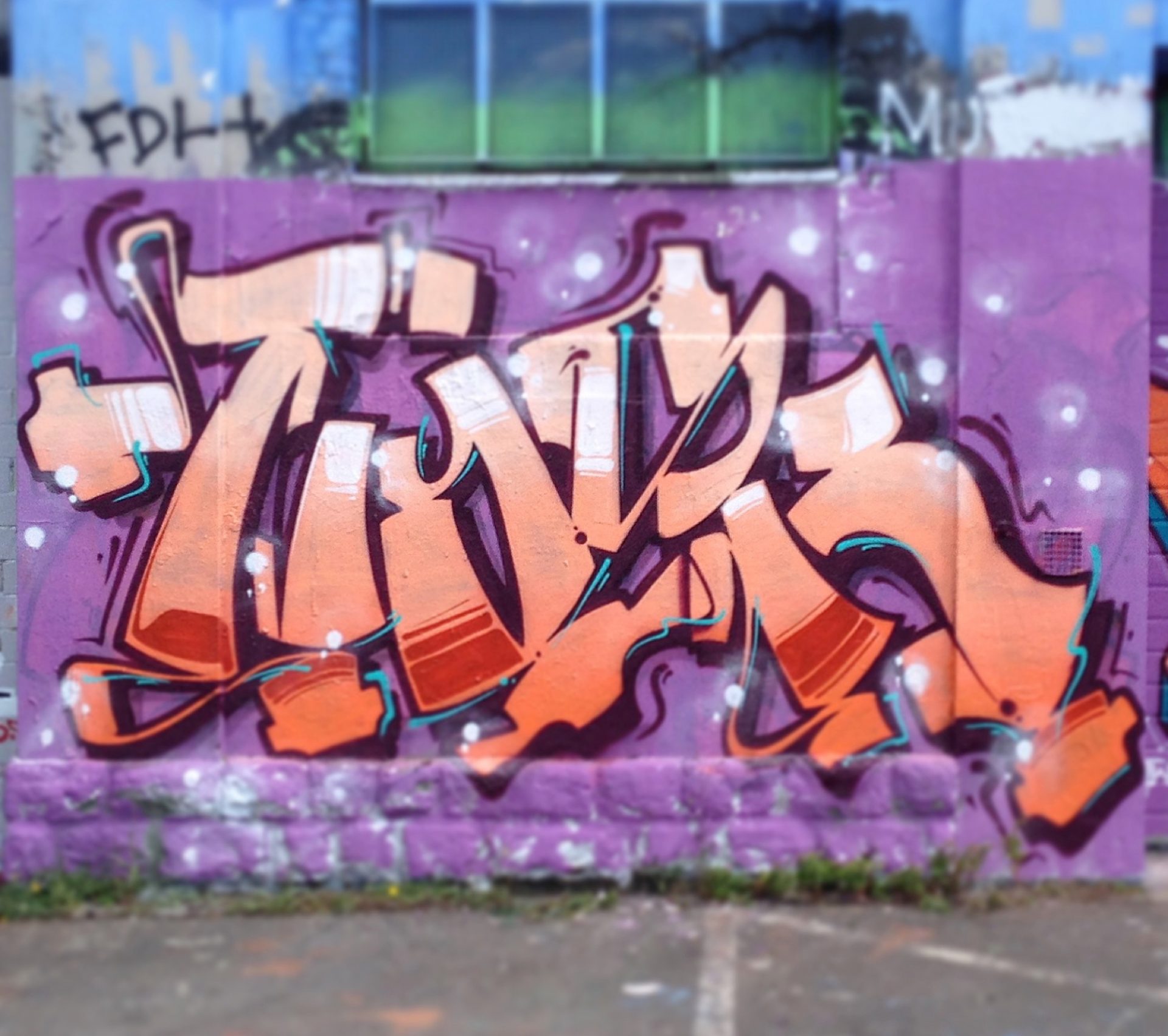 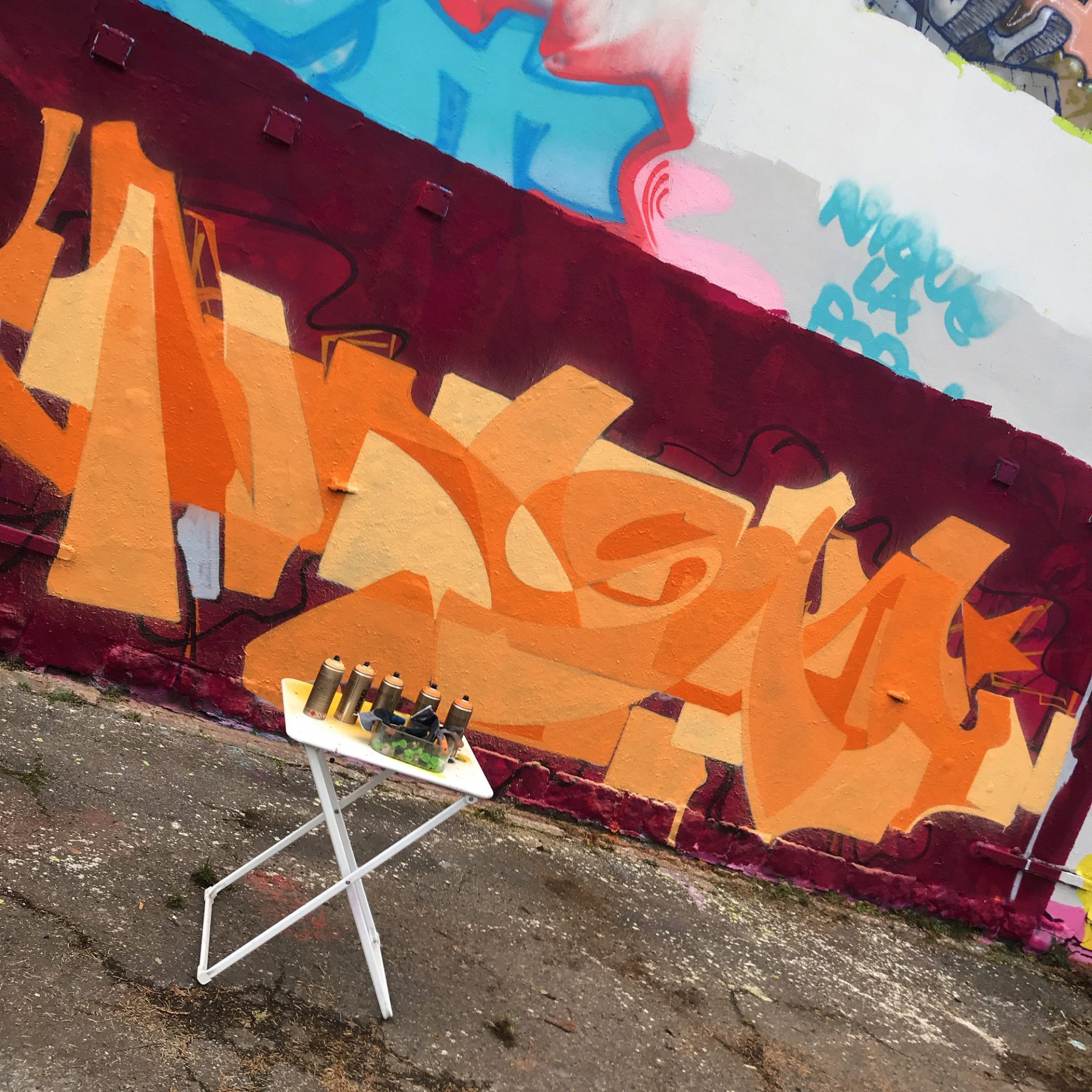 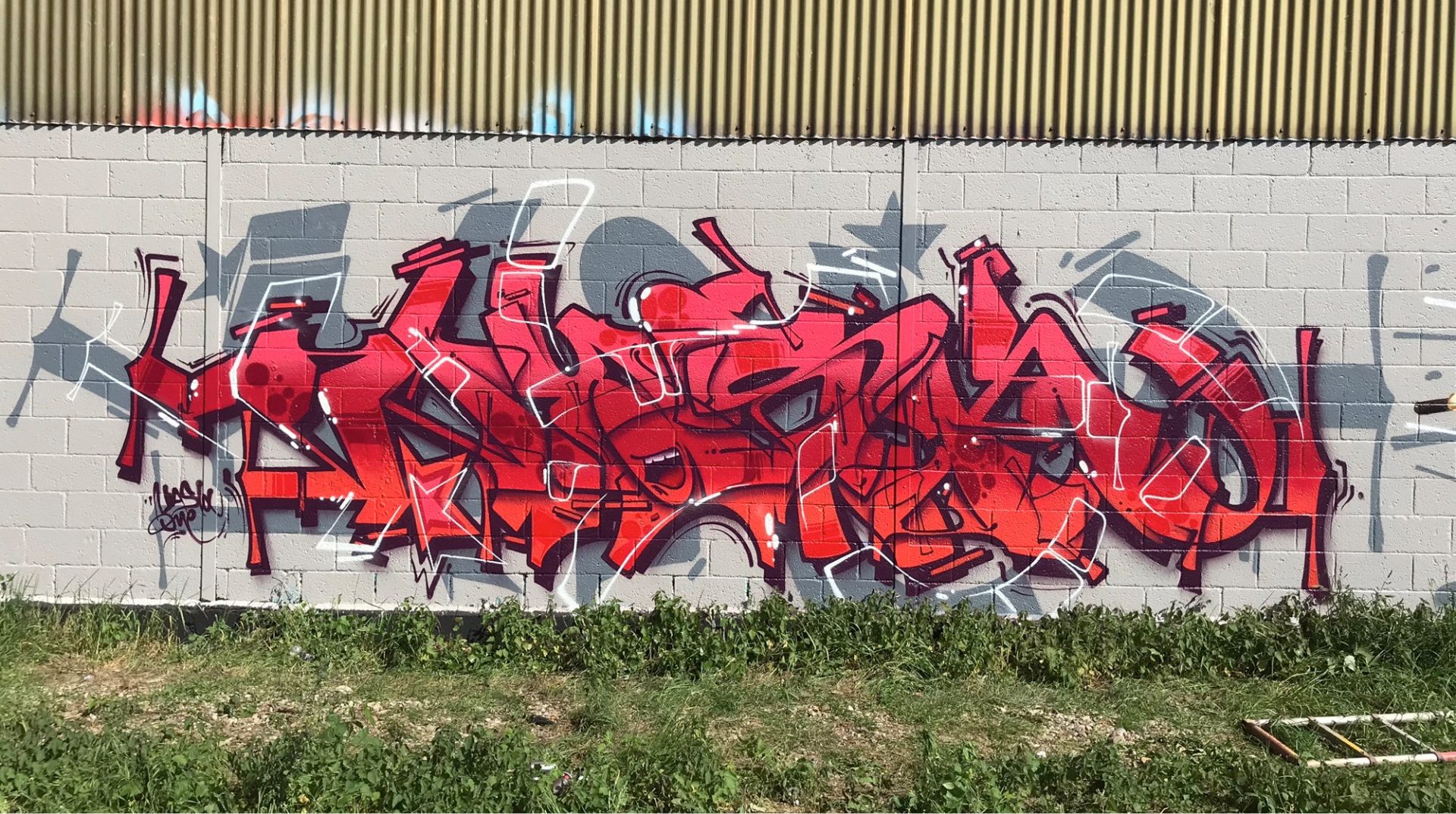 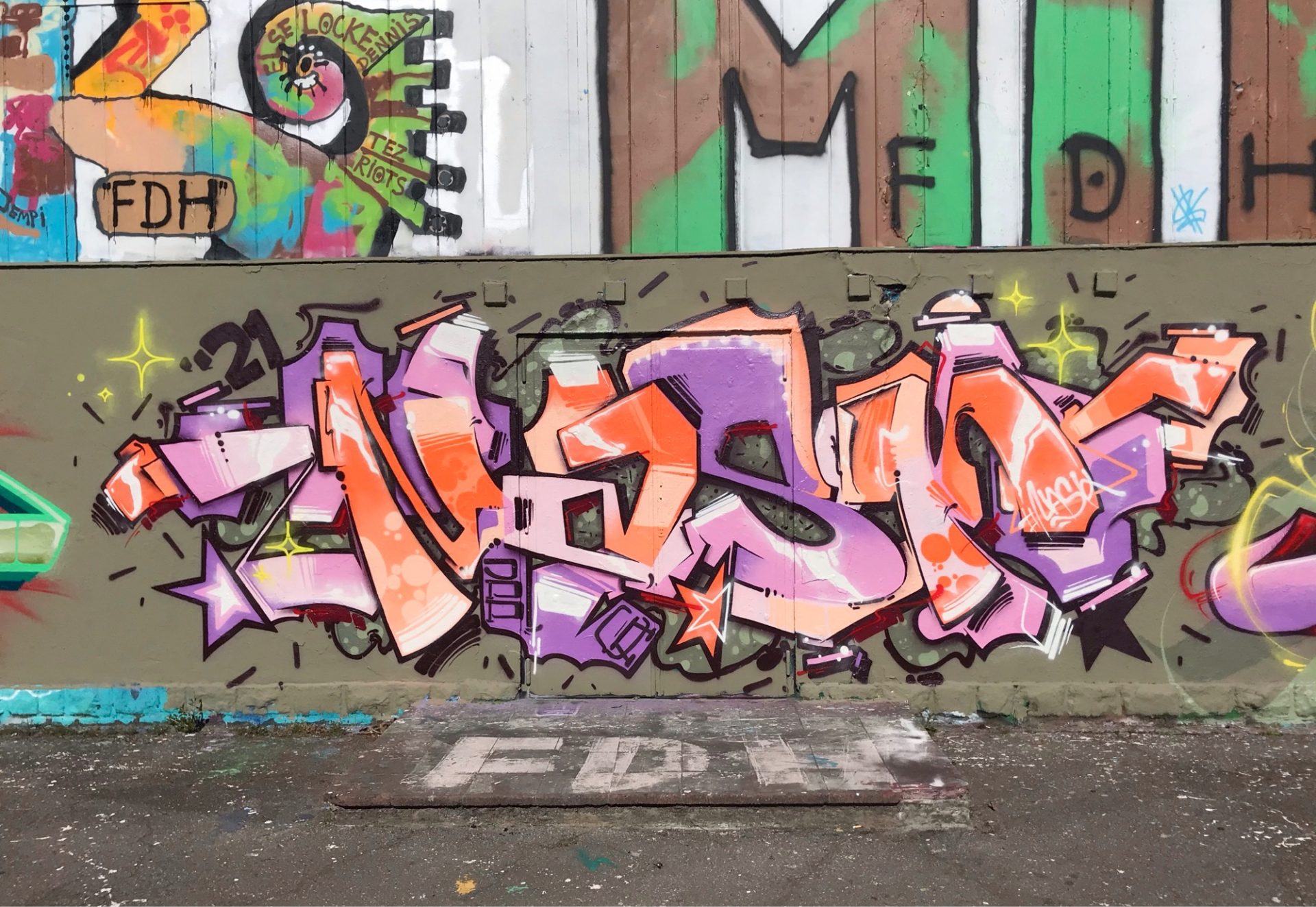 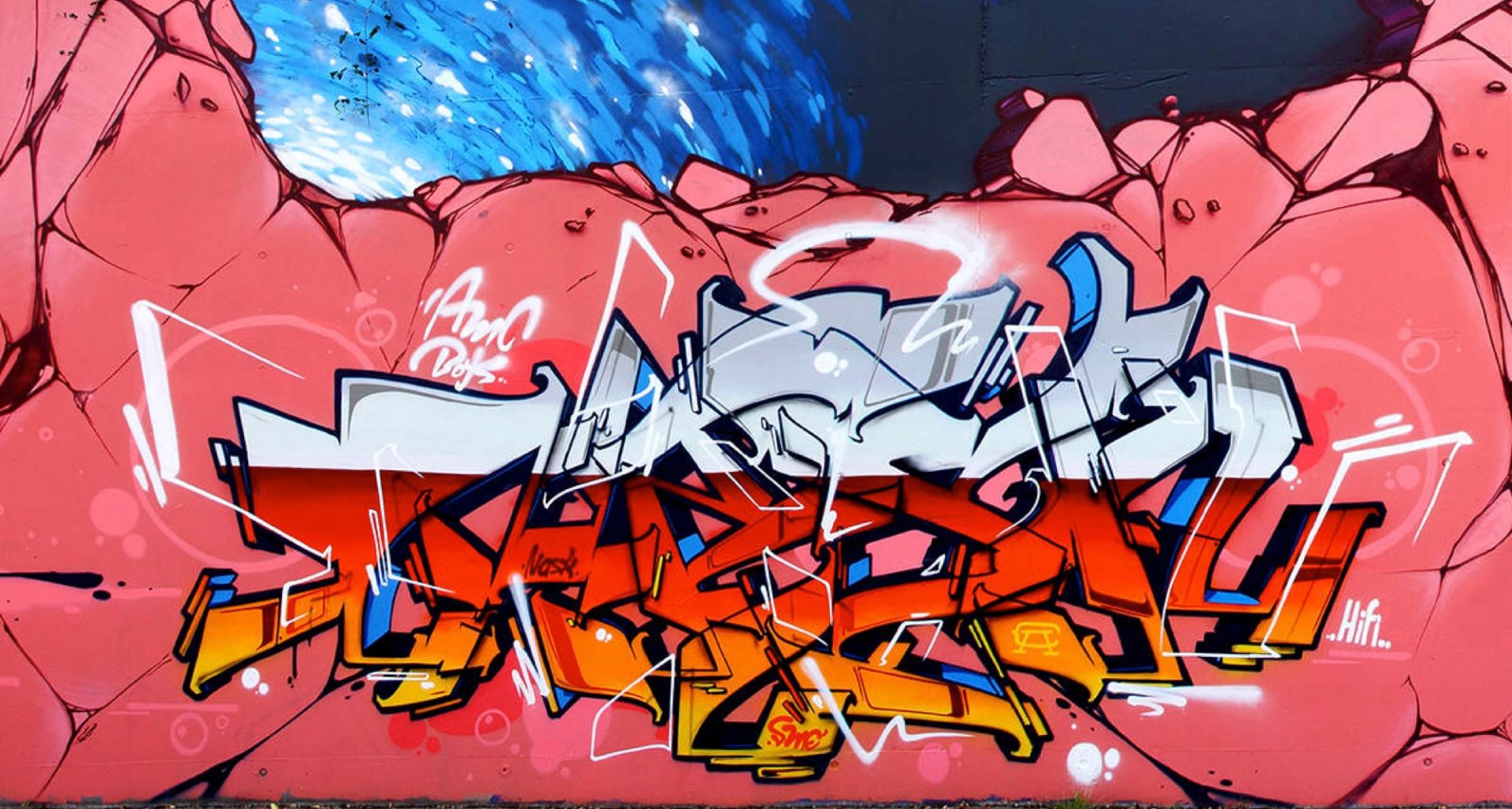 “Always try to go forward, always try to go further”: that’s the main message. «The different means of expression (dancing, music, drawing,..) make it possible to channel his rebellion», he says. Between him and the graffiti, it was love at first sight. After putting down his first piece, Nask recognized the difficulty of the thing, which motivated him to deepen his approach to lettering. 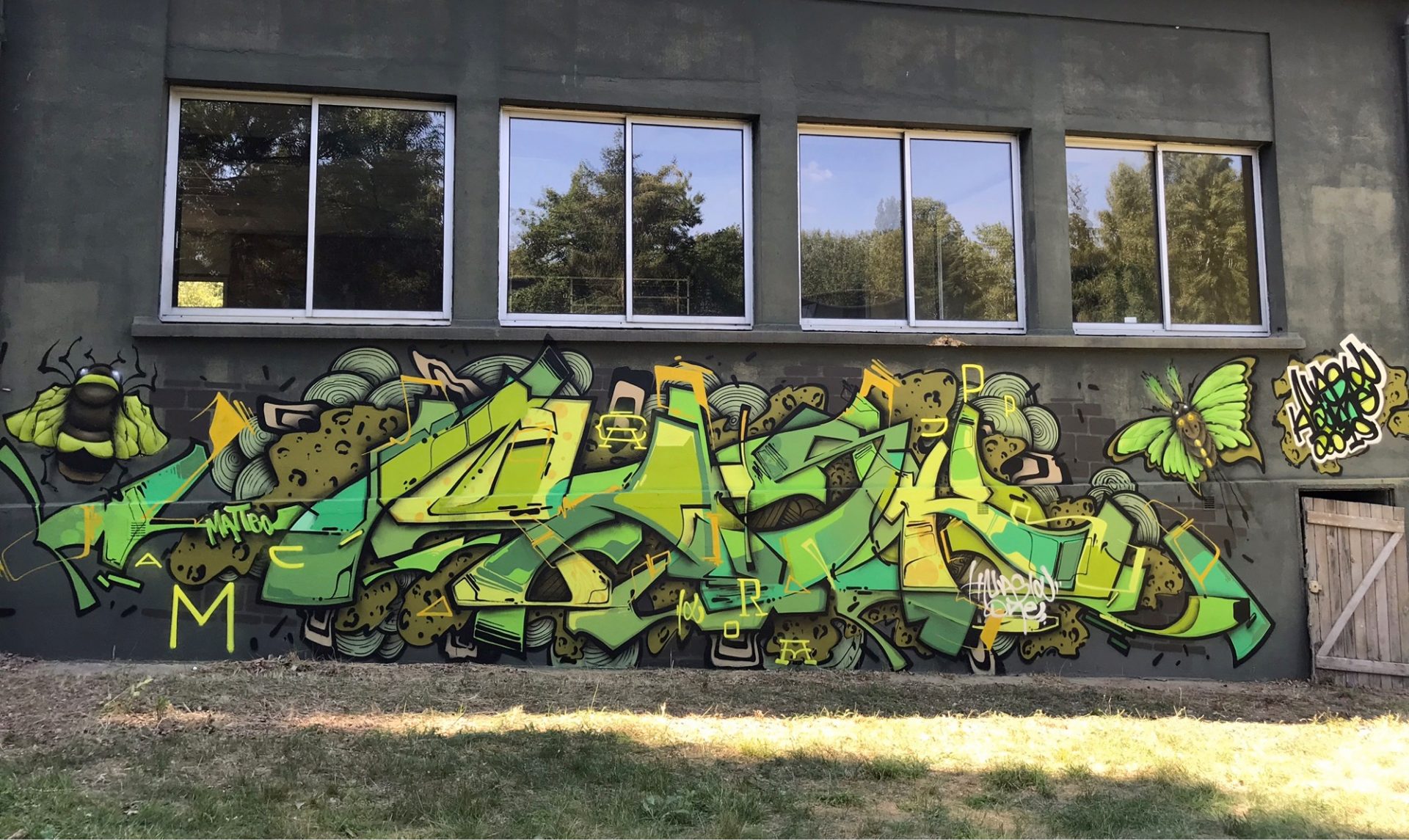 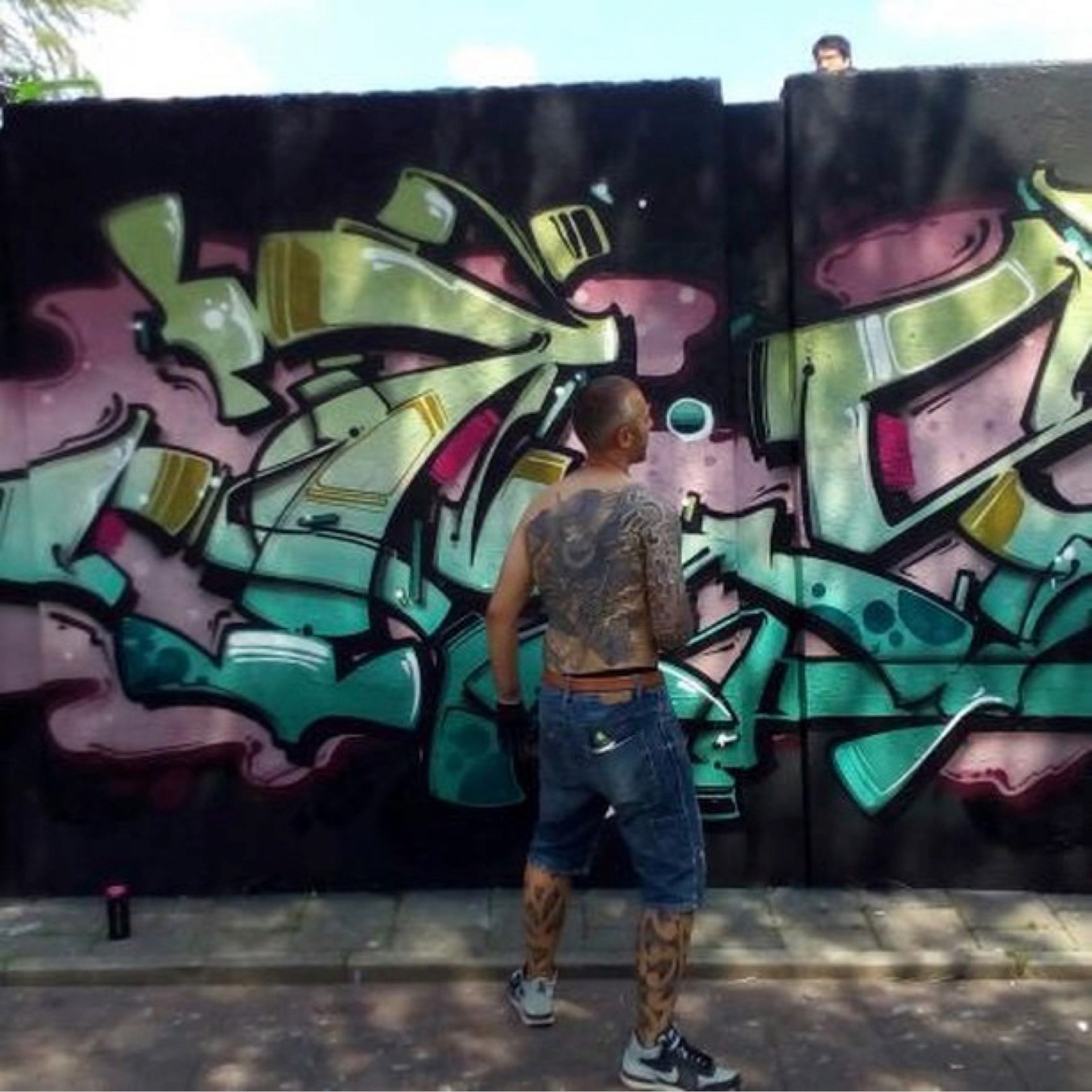 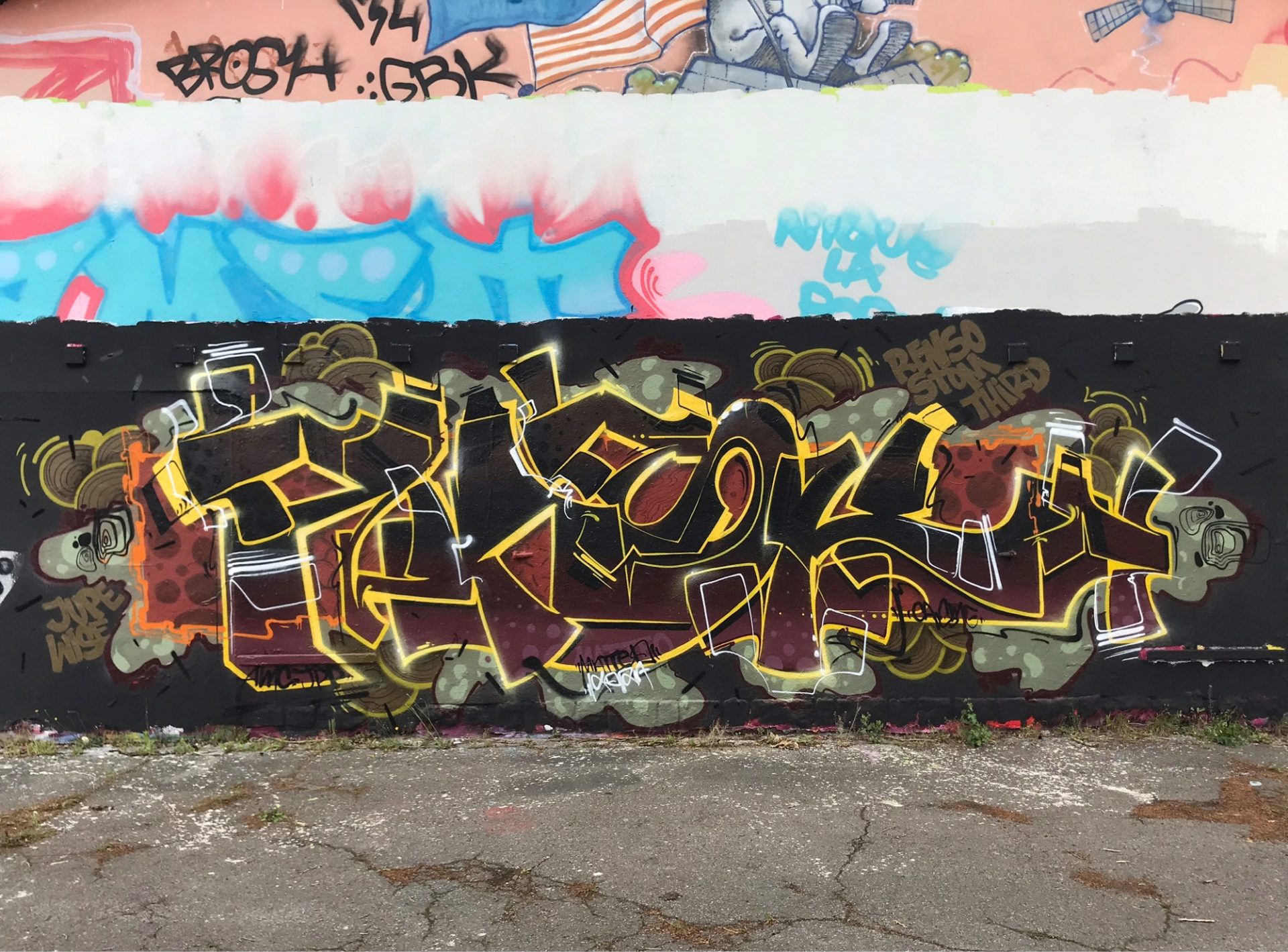 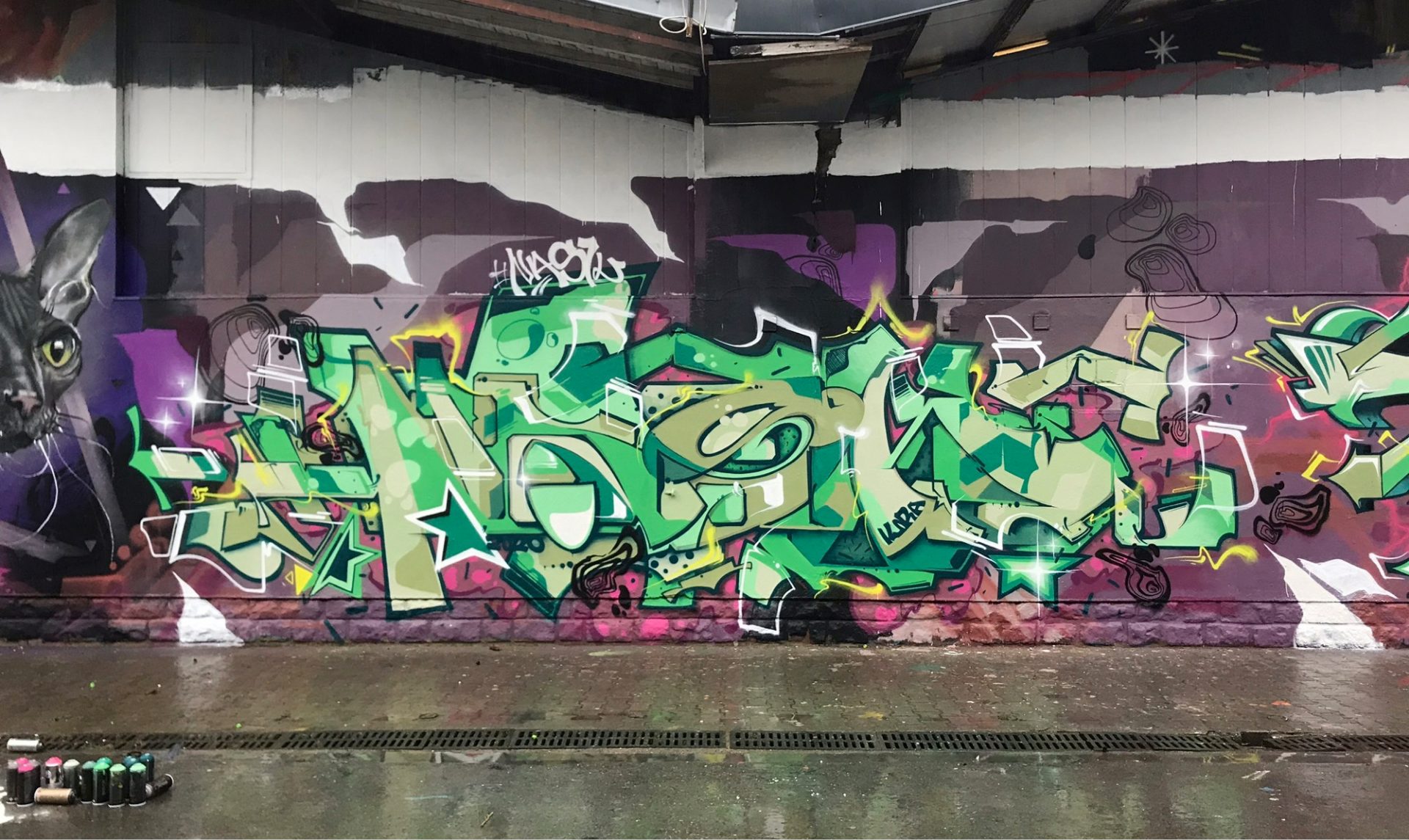 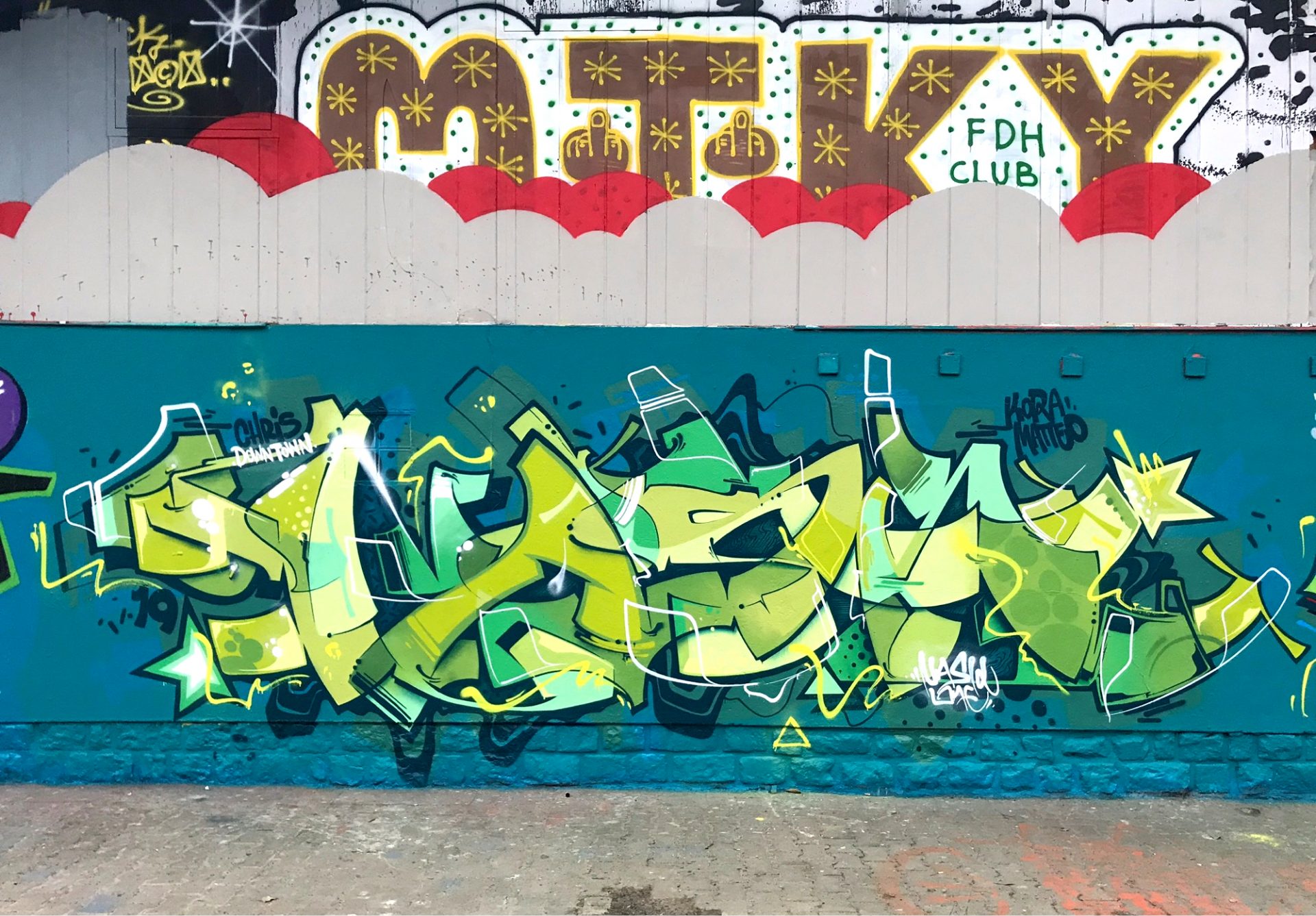 Considering himself more as a writer than a graffiti artist, his motivation, even up to today, always is the search for the newest style repeatedly. As he says: ”I try to make my letters evolve by not being stocked in one specific style, but always try to push them to mutate. The same goes for the fill-in and background.”

Since then, water has flown under the bridge. After his debut in Luxembourg, he quickly exported his art to a multitude of countries: France, Holland, Germany, Canada and New Zealand to name a few examples. His numerous travels also served as inspiration. Likewise, the exchange with other artists often proved very fruitful. 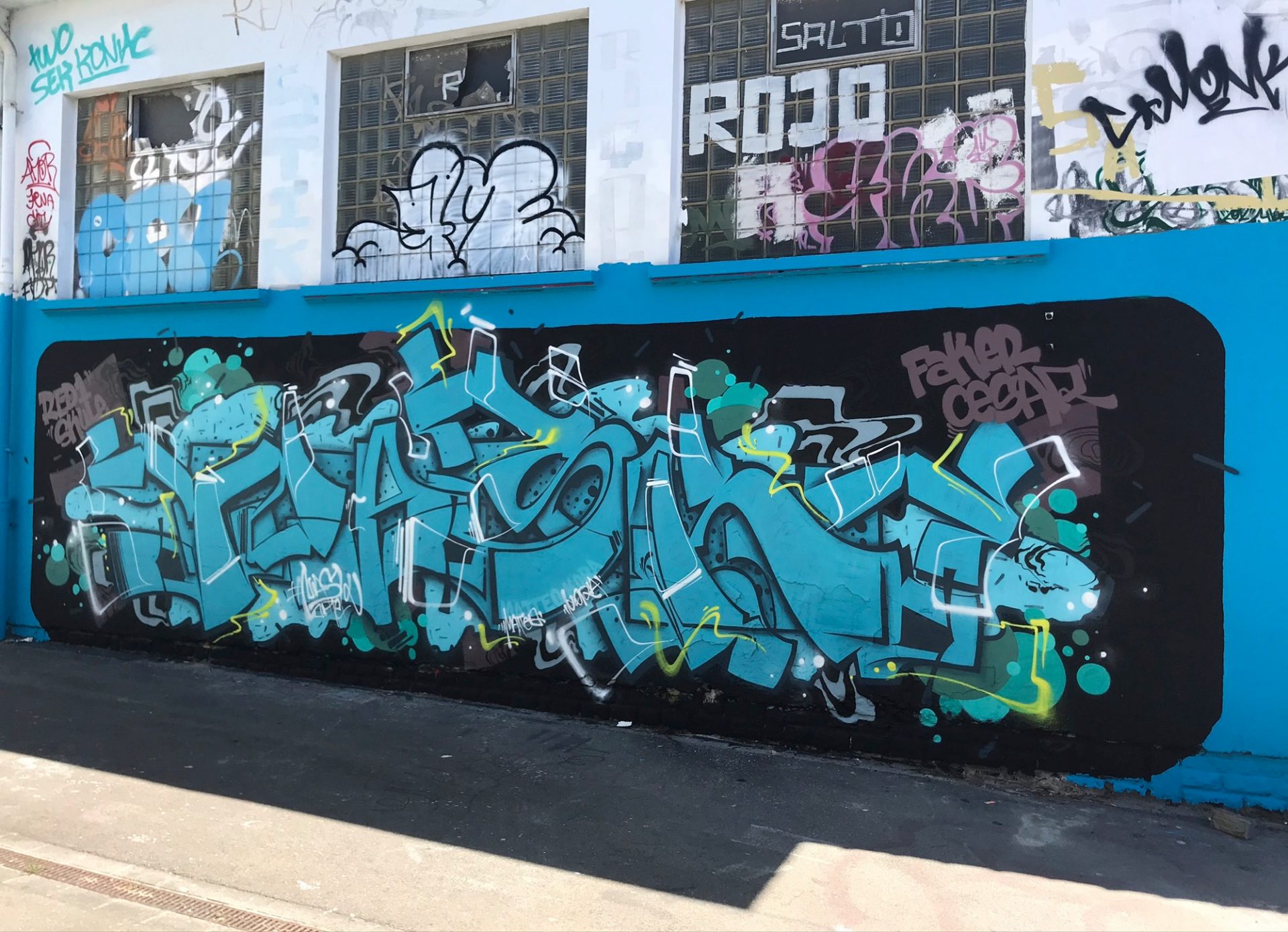 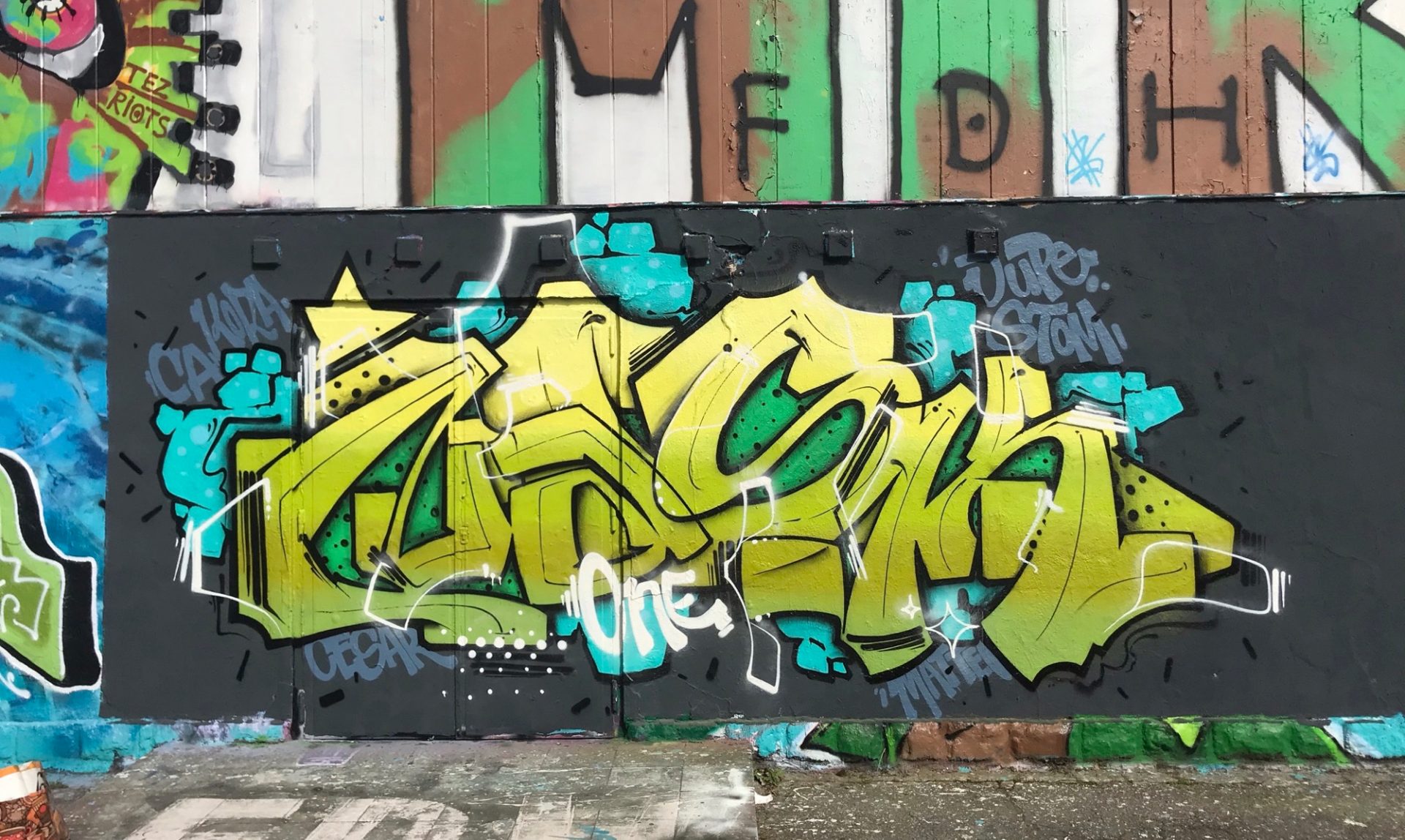 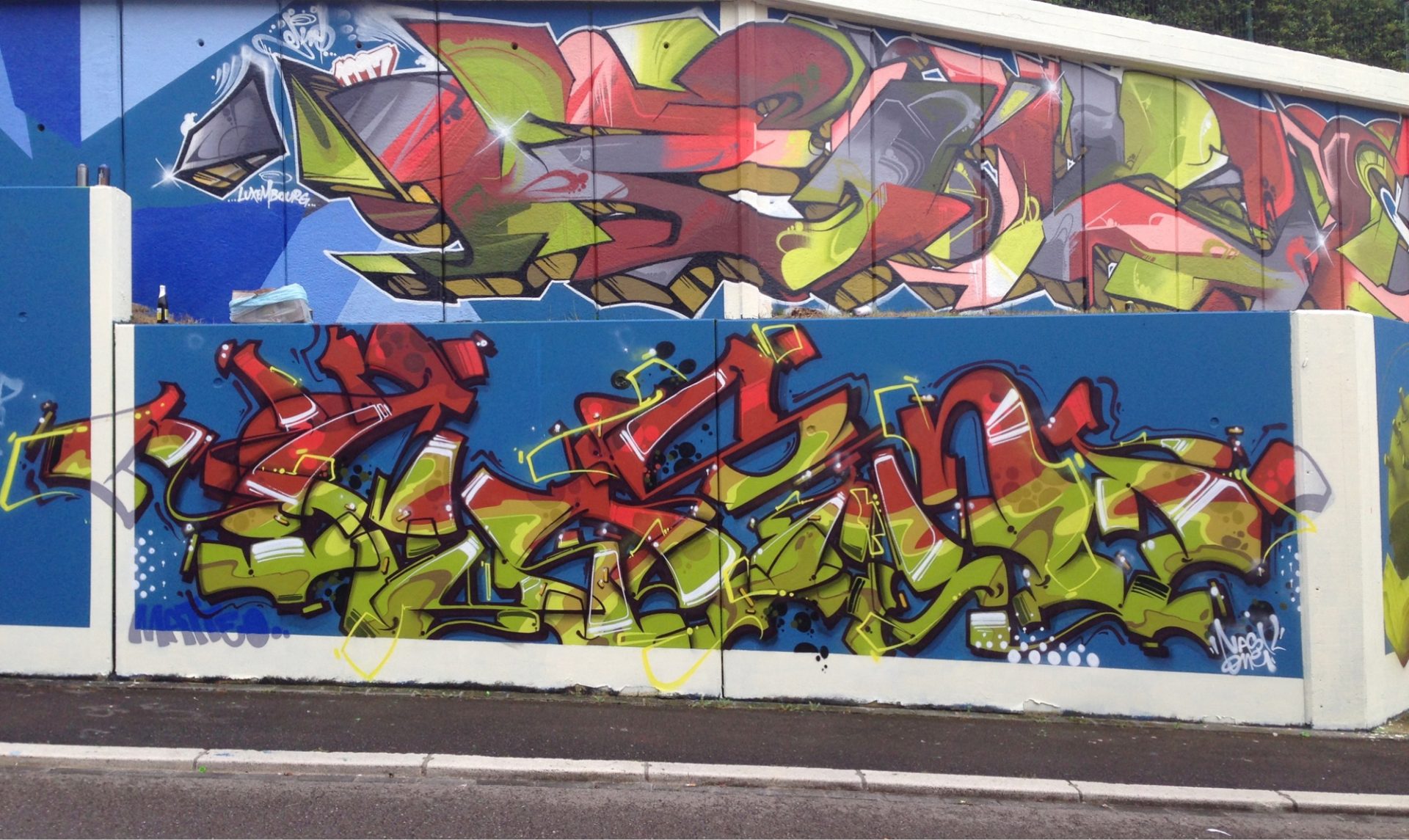 Unlike other artists, Nask does not live by his art, by choice, because it gives him complete freedom to do what he likes and he does not have to comply with the demands of other people. 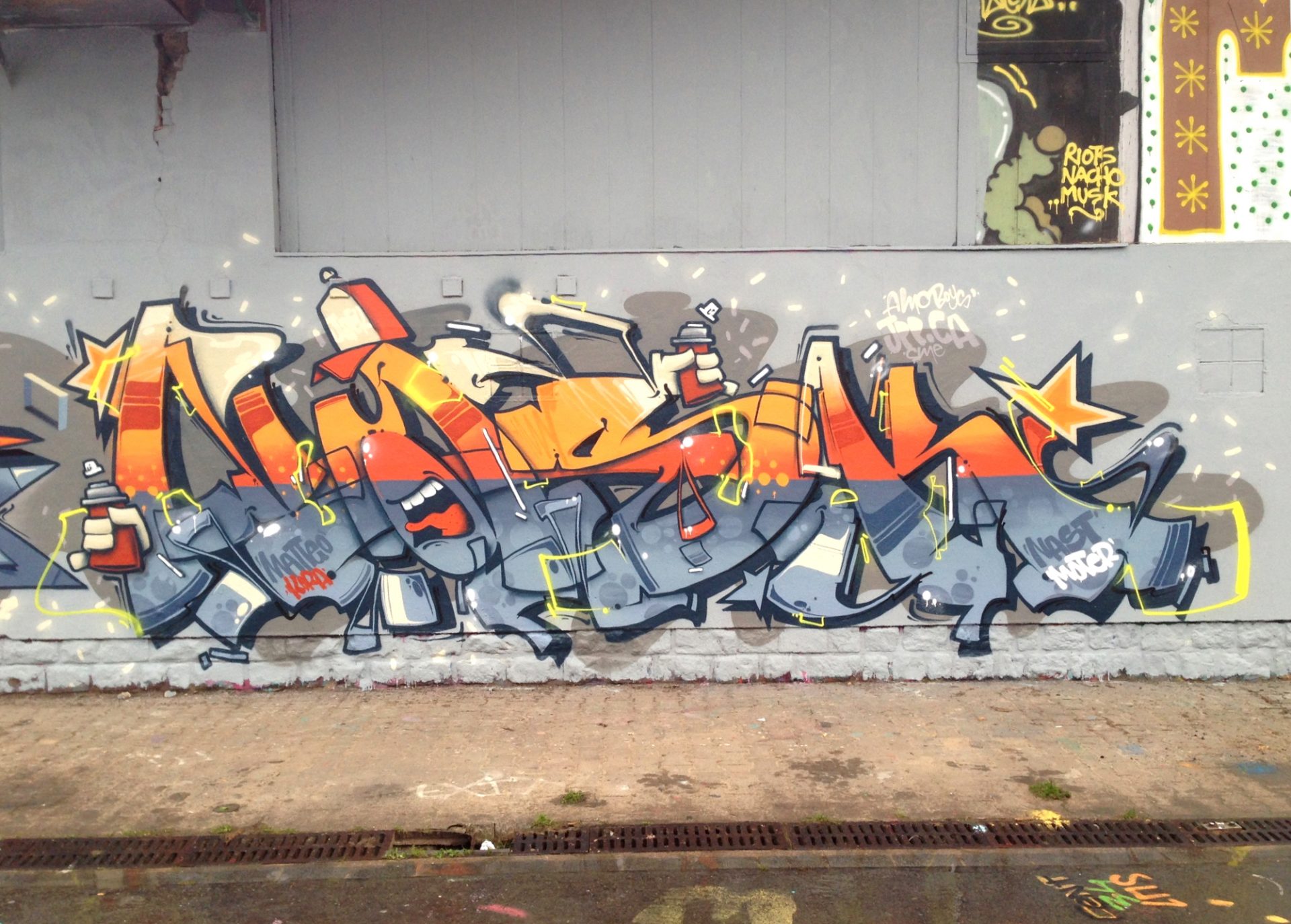 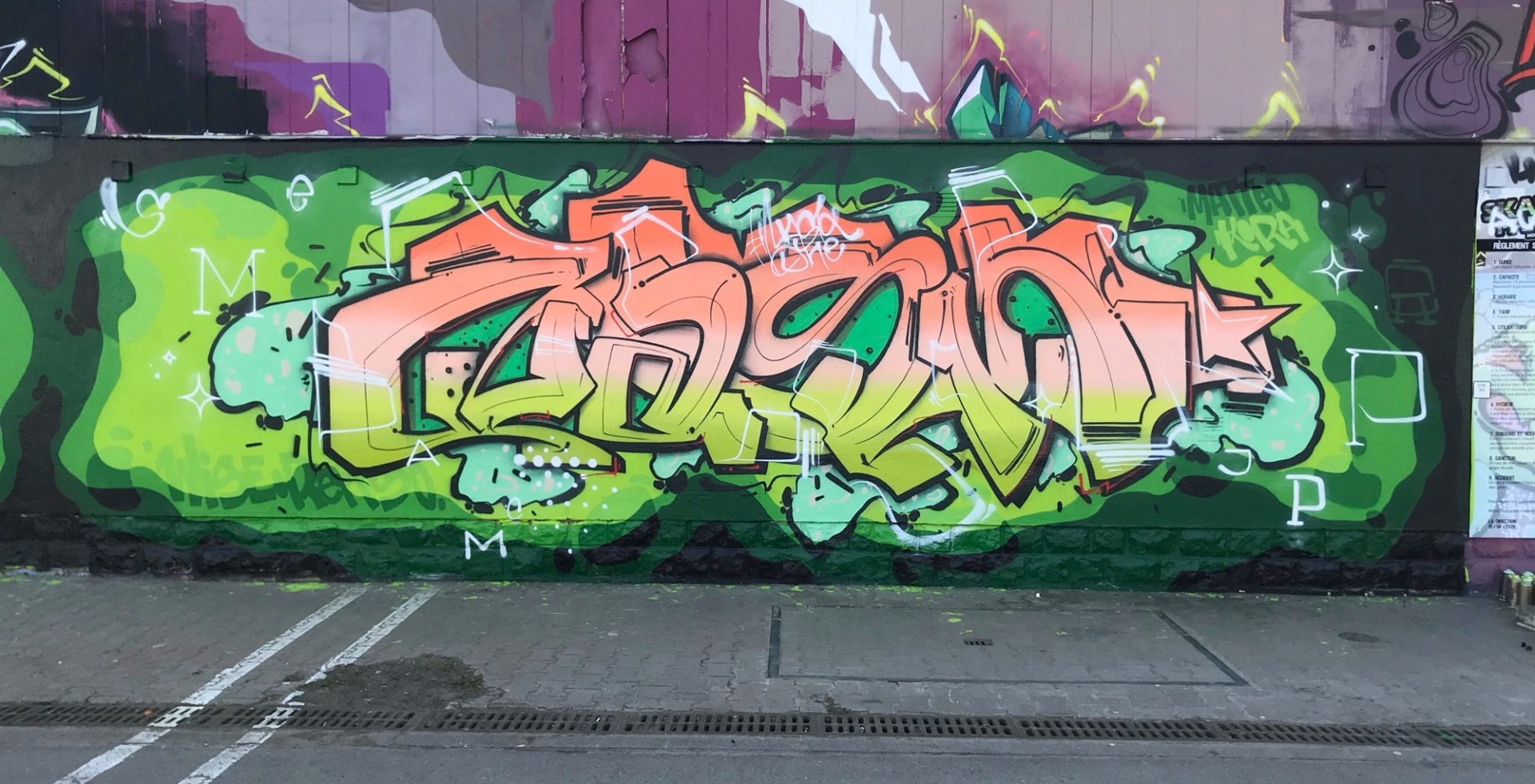 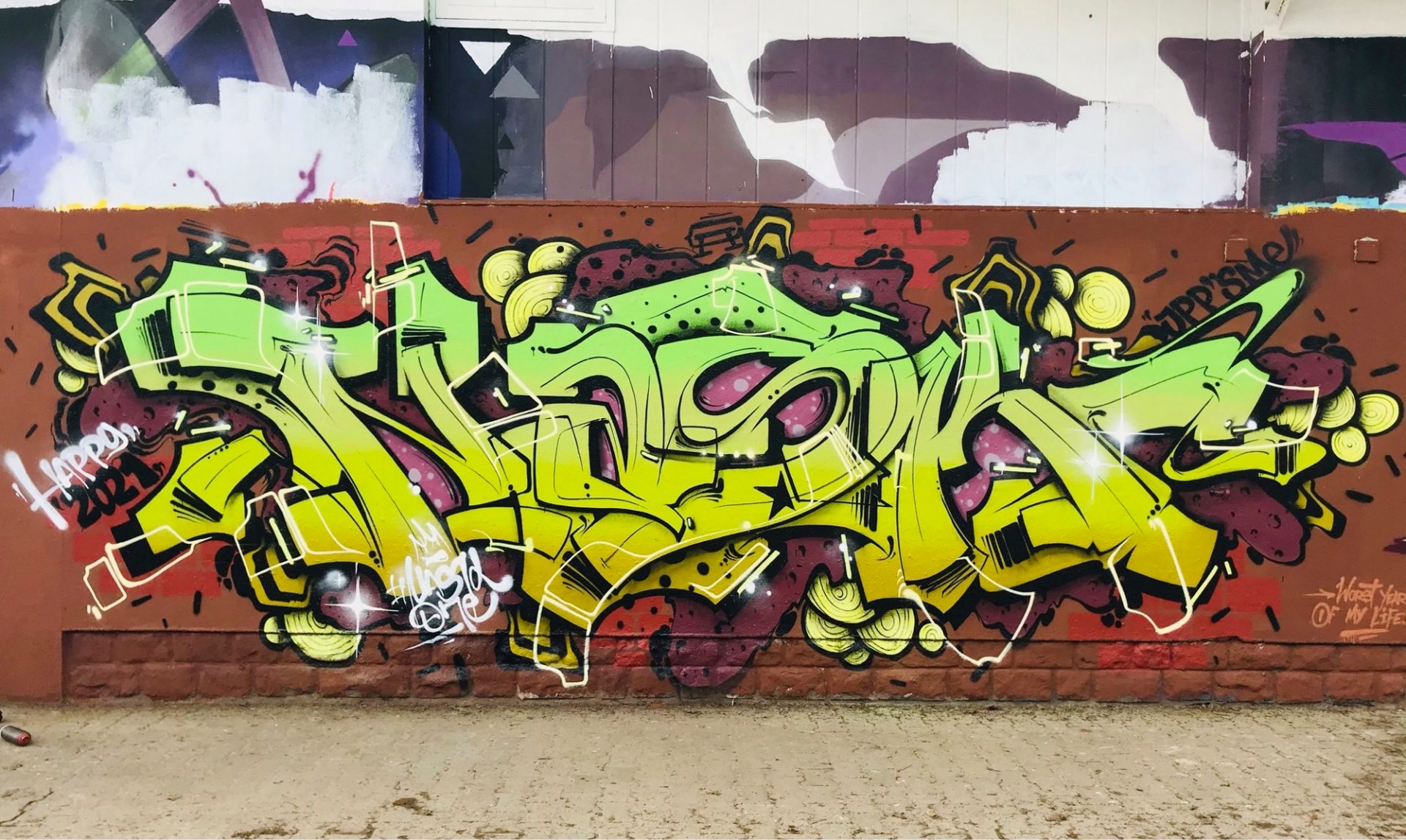 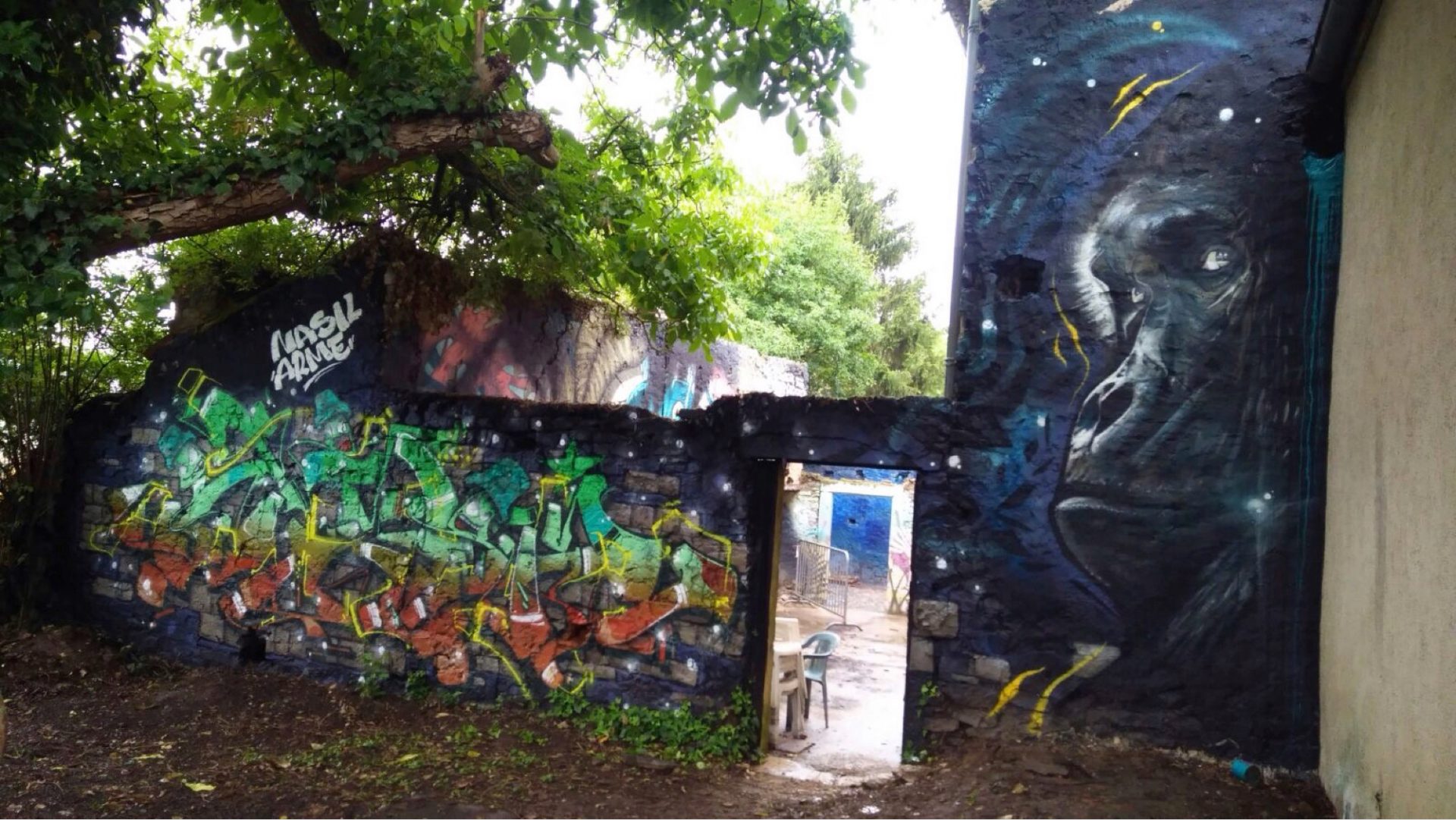 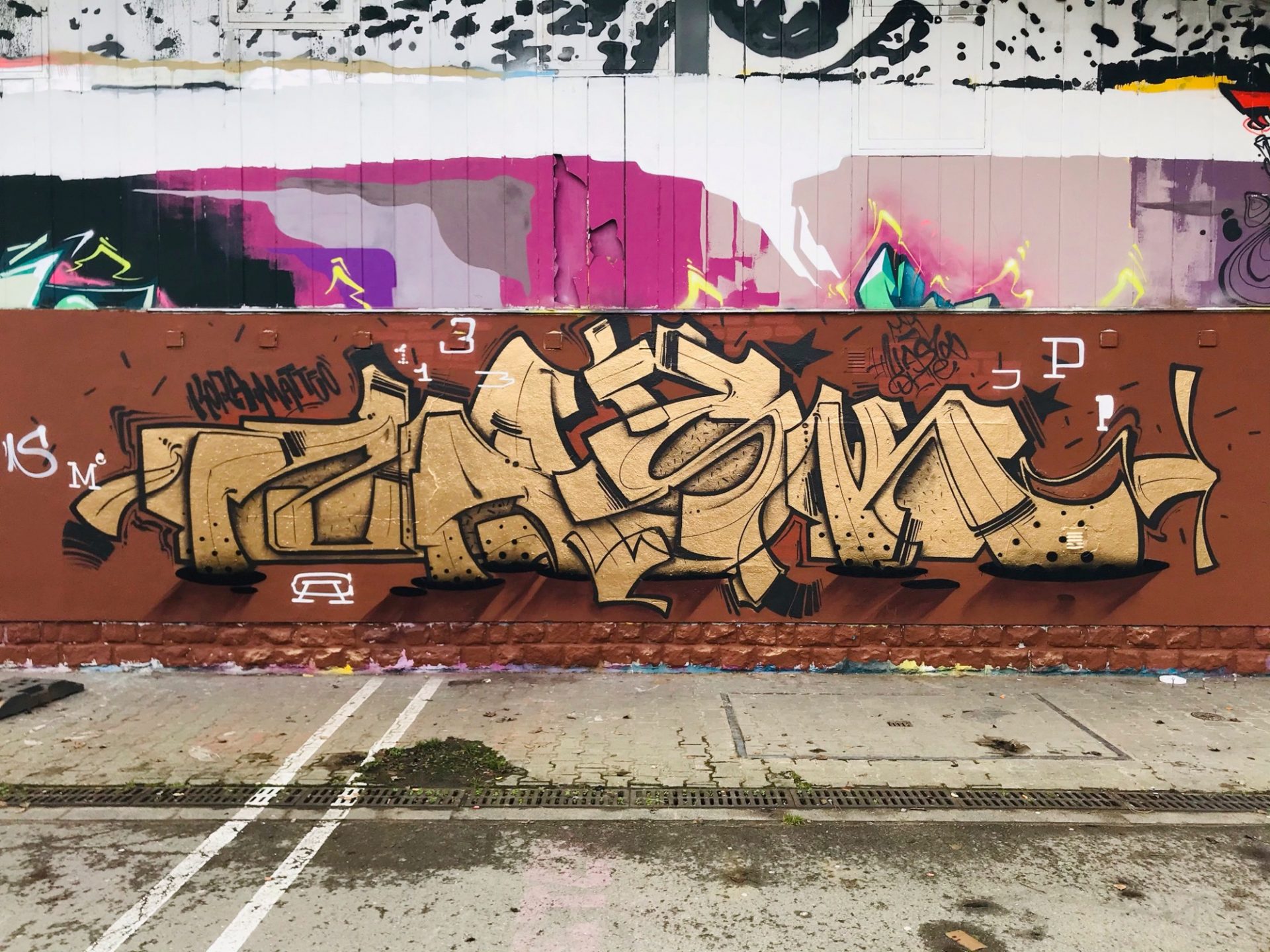 In terms of technique, it is limited exclusively to the aerosol spray, another of its peculiarities. “If I had to define my style, the word clean could be a good reference. I like to do clean production combined with some wild style pieces on a colorful background.

But I let people define me, by watching my stuff, it’s easier like that. The most common response I get is clean crazy line style….why not!!! I’ll let you be the judge.” 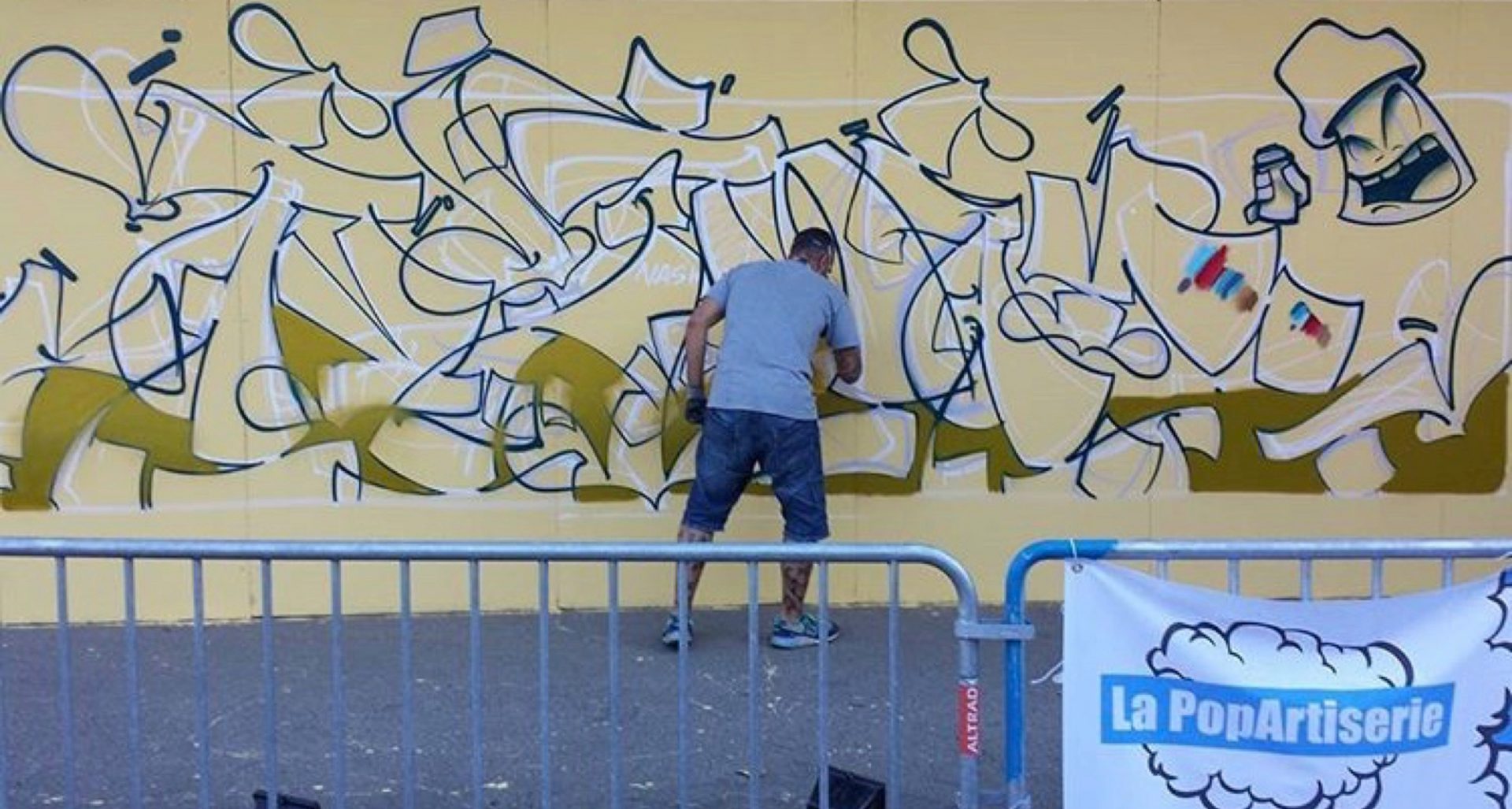 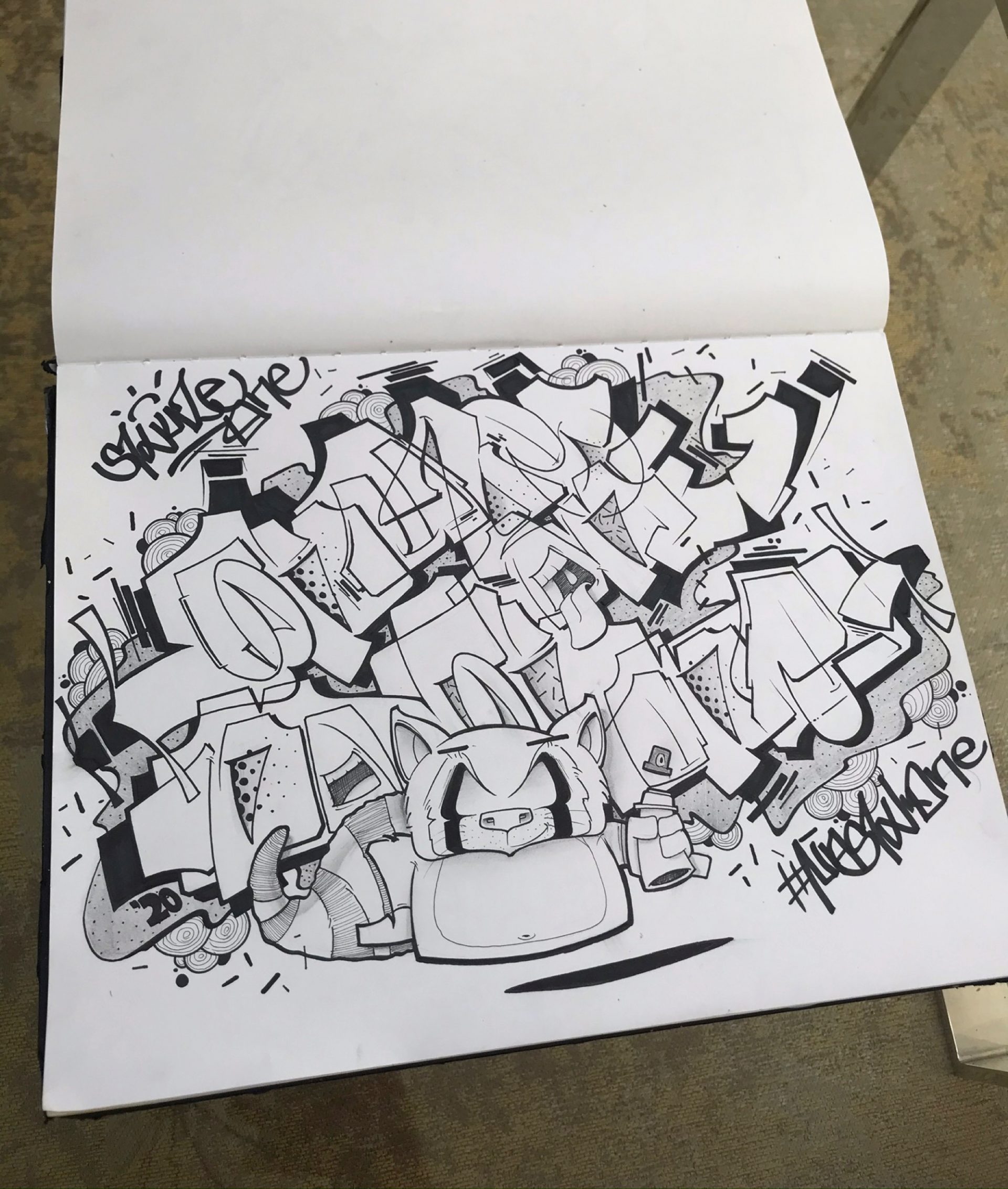 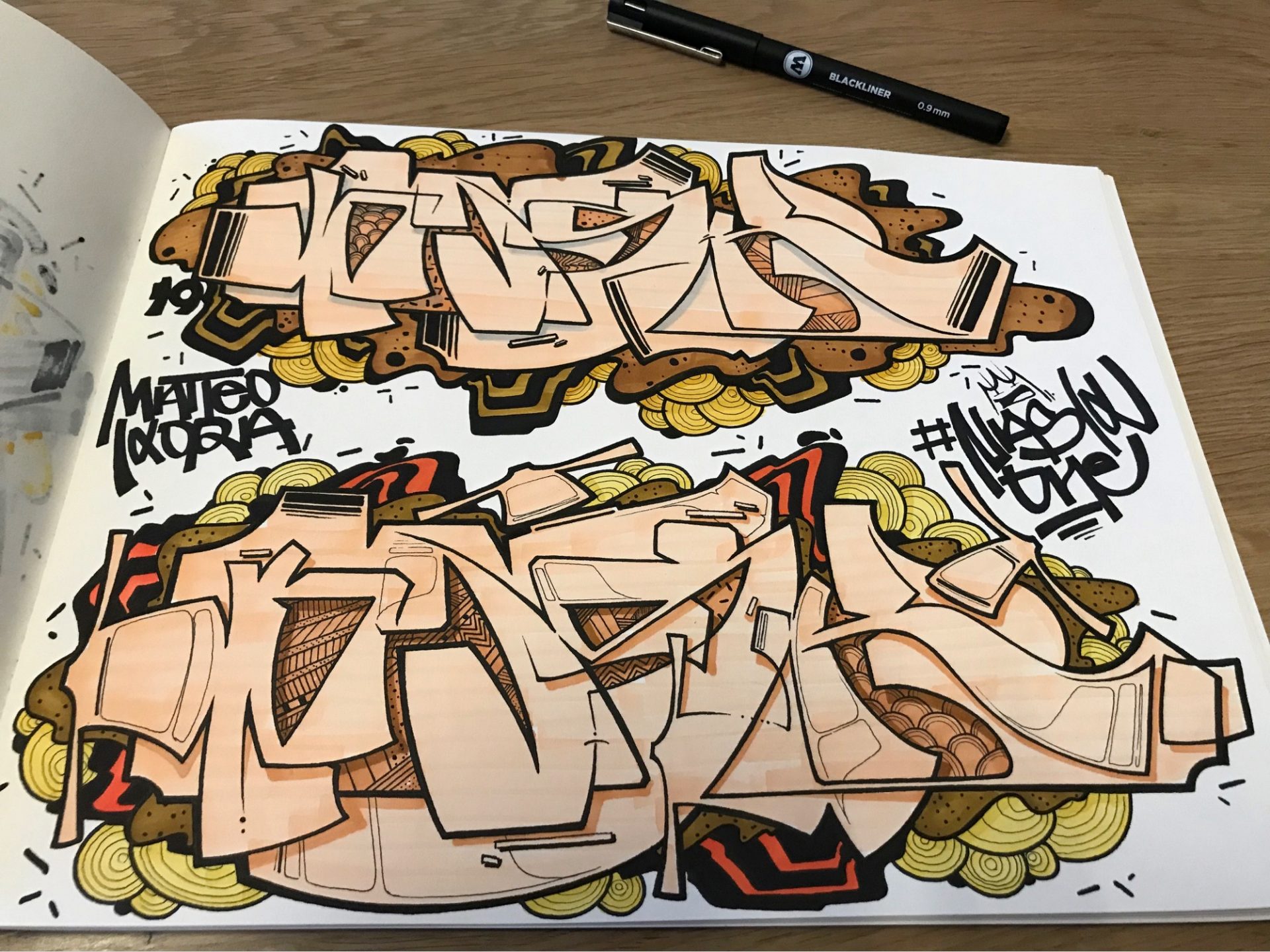 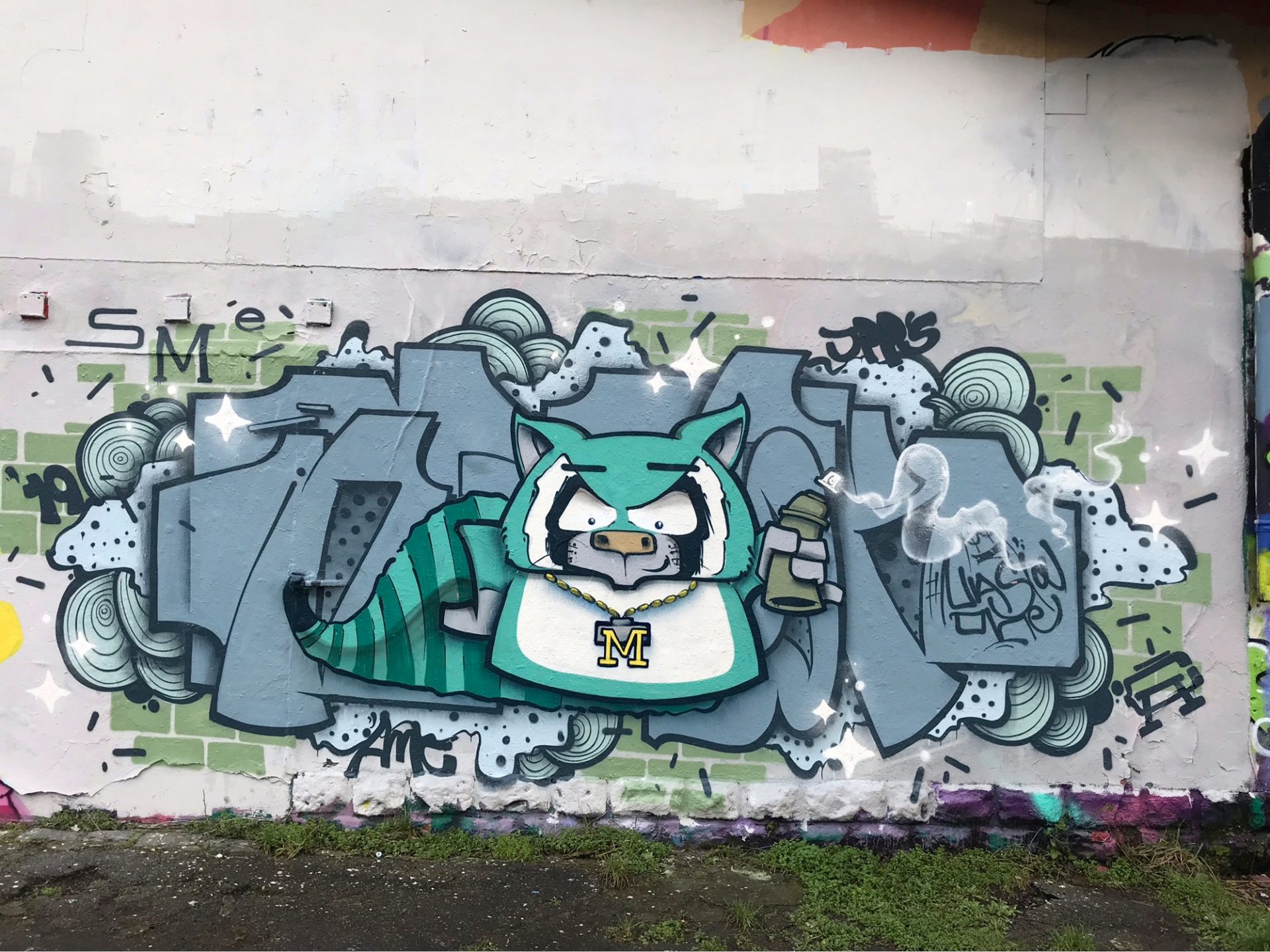 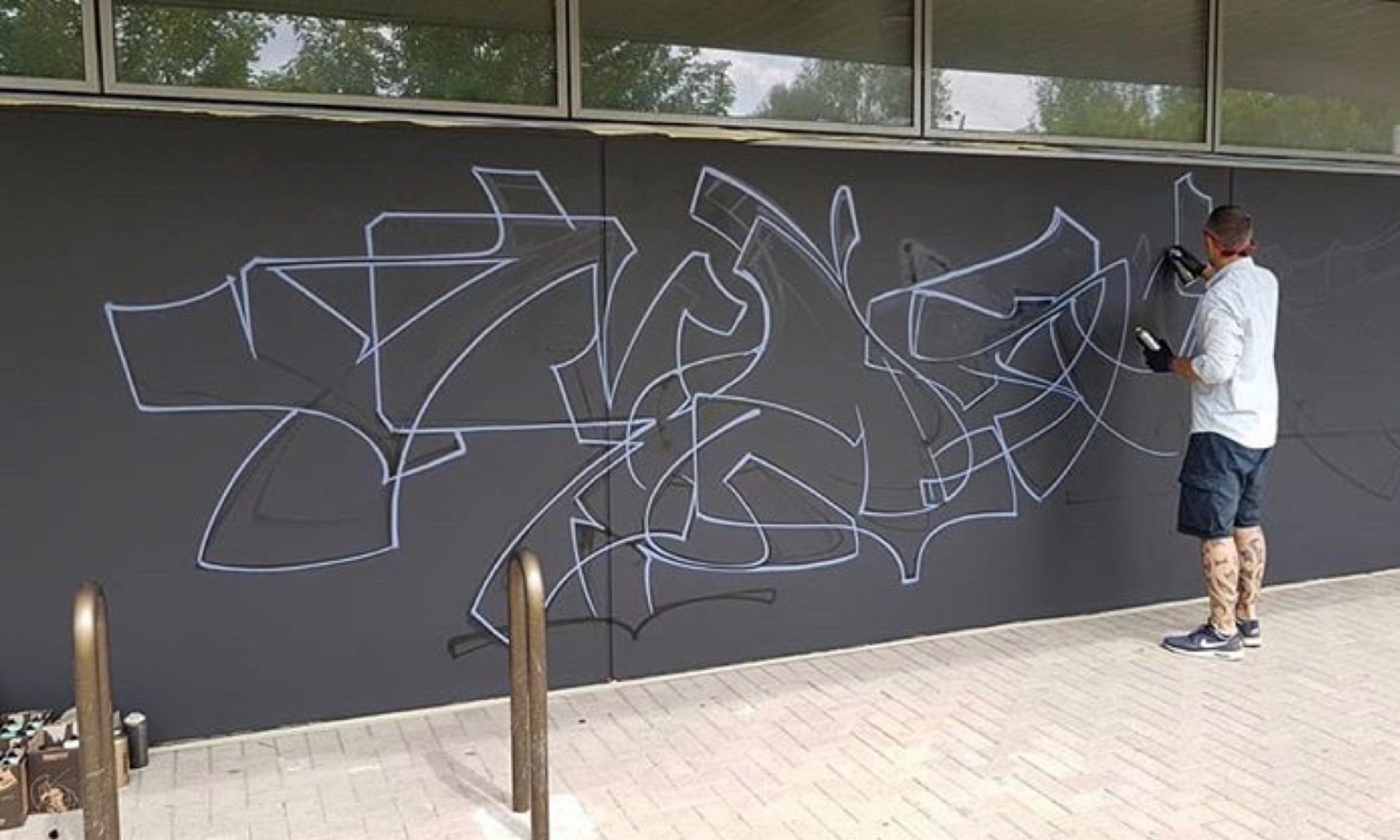 As for the graffiti scene in Luxembourg, it is clear that it is quite small. But this has a number of advantages: everyone knows each other and thus forms a harmonious whole, well welded, very present. All this makes Nask an inspiring character and a name to remember!