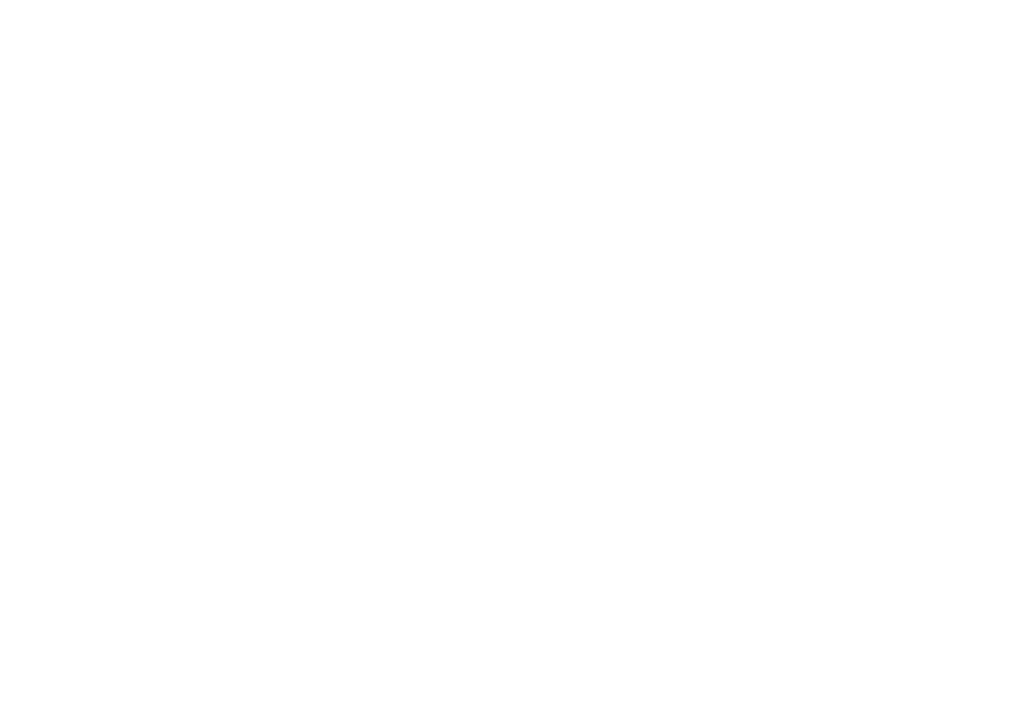 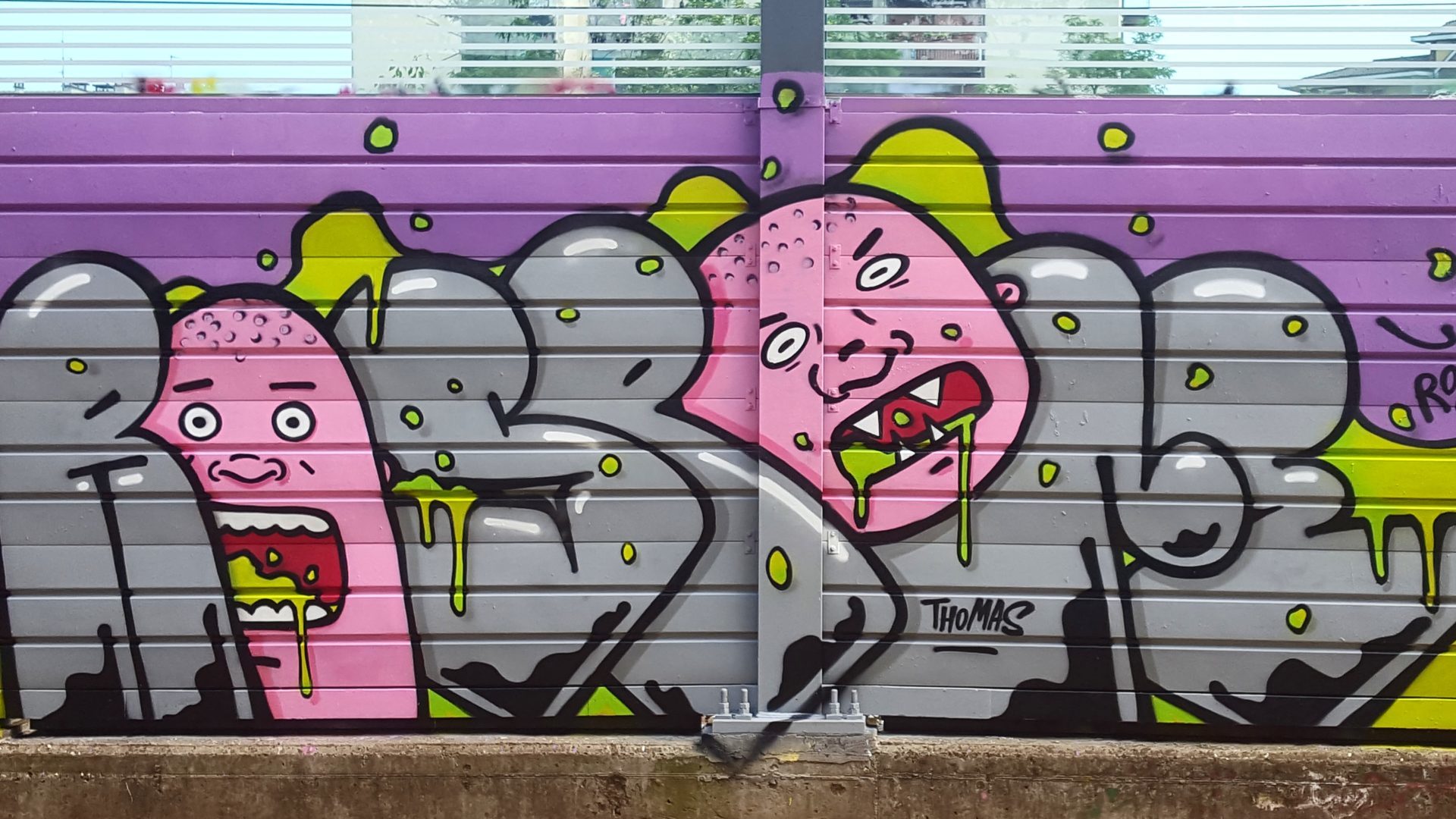 Mr. Rospone became passionate about graffiti in his early age, becoming fascinated by the Milanese scene of the 90’s. He painted his first wall at the age of 14 realizing from that moment that he would never leave spray cans. 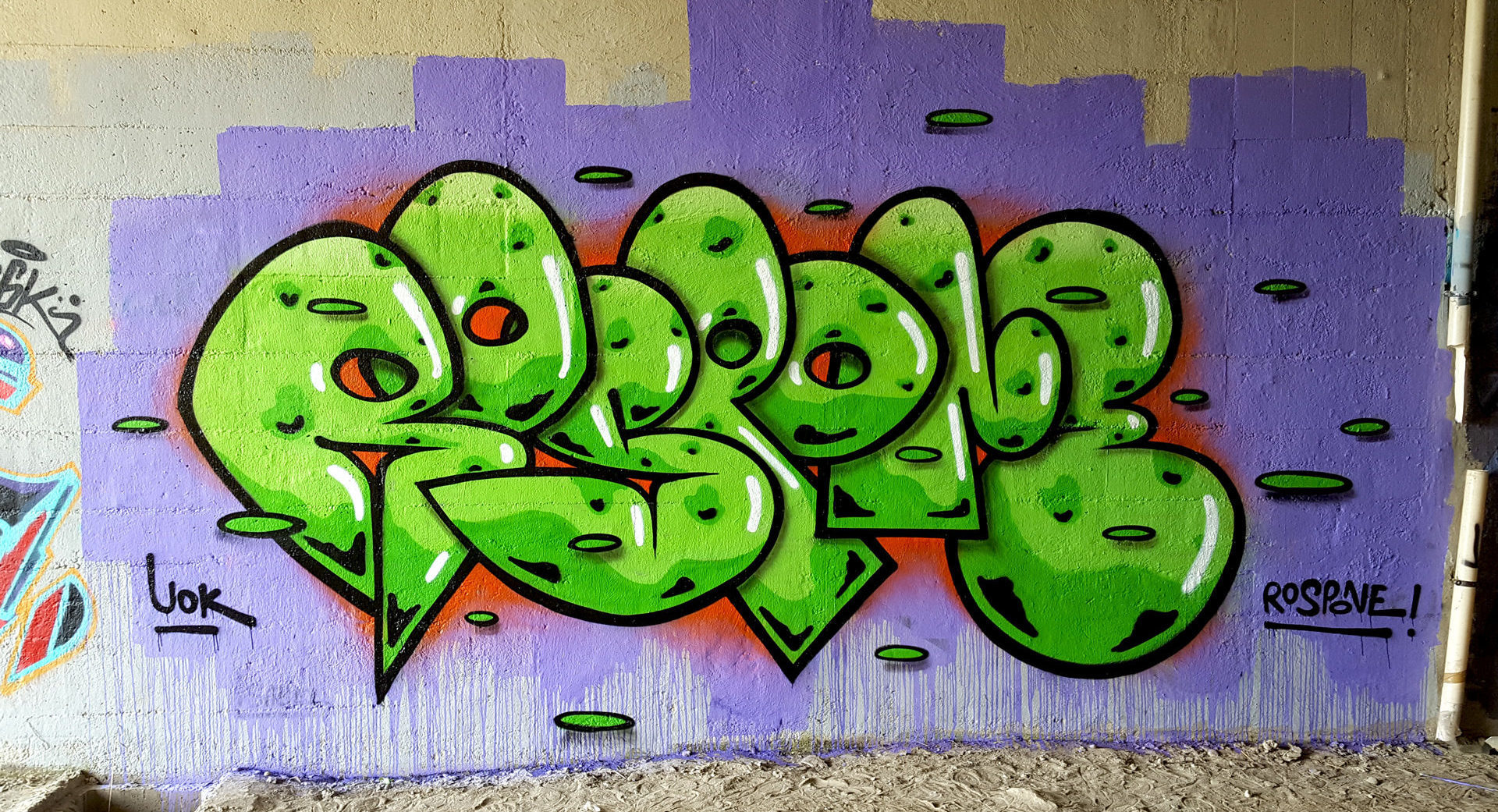 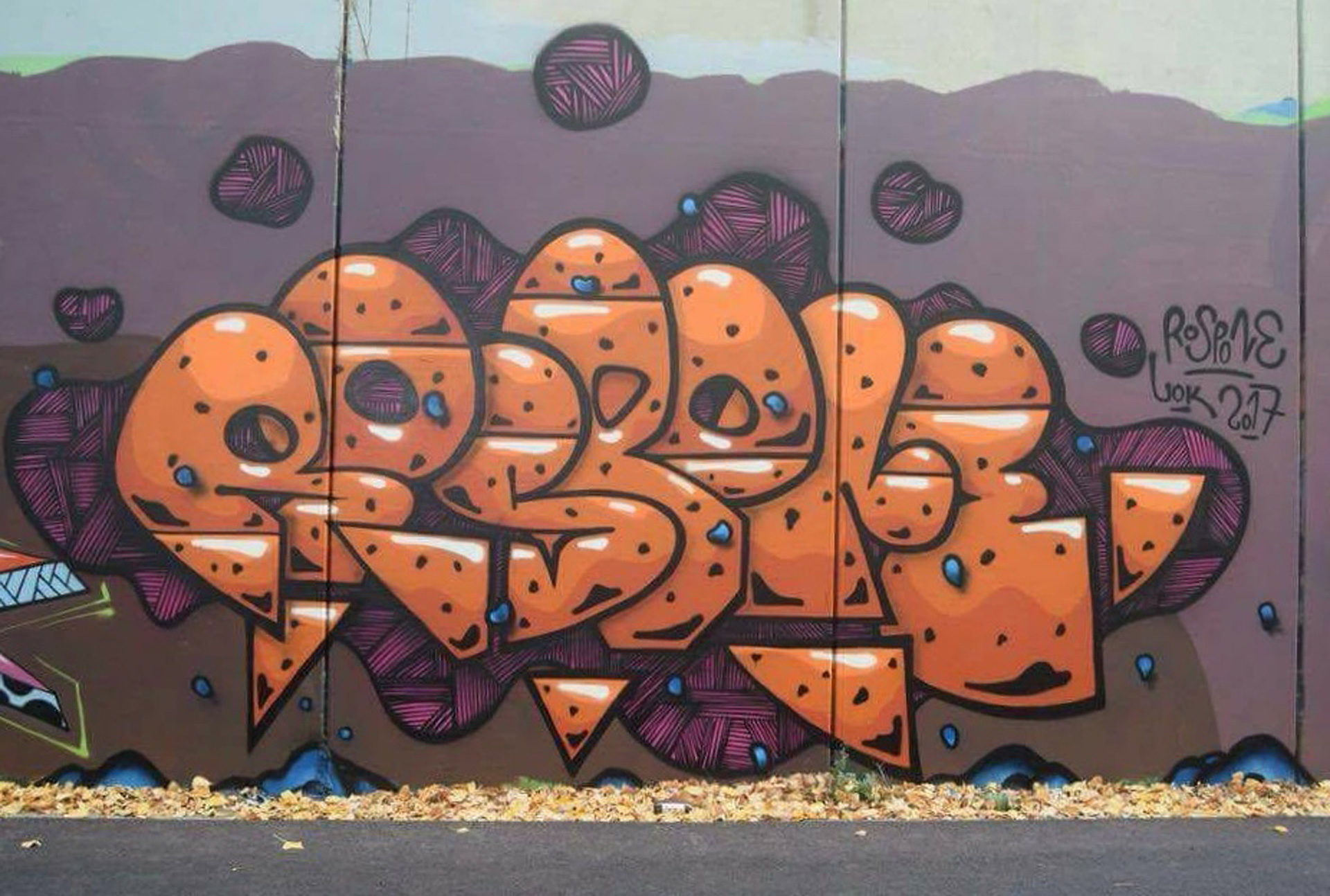 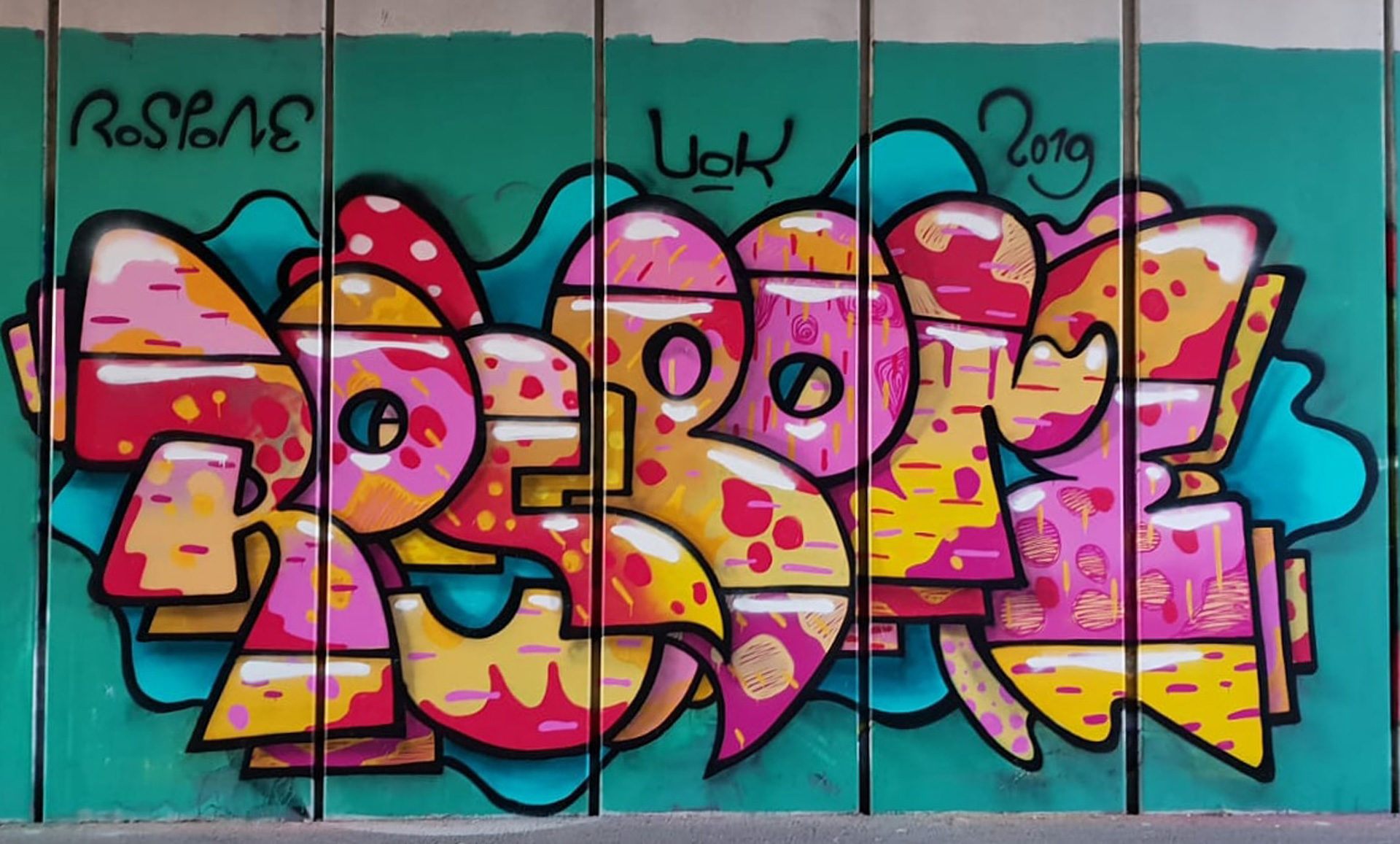 The smell of painting mixed with the sensation of filling the letters became fundamental elements of his life as he cannot longer live without it. Few years later he joined a well-known crew of Milanese writers UoK. With them he evolved his style and increased his production. 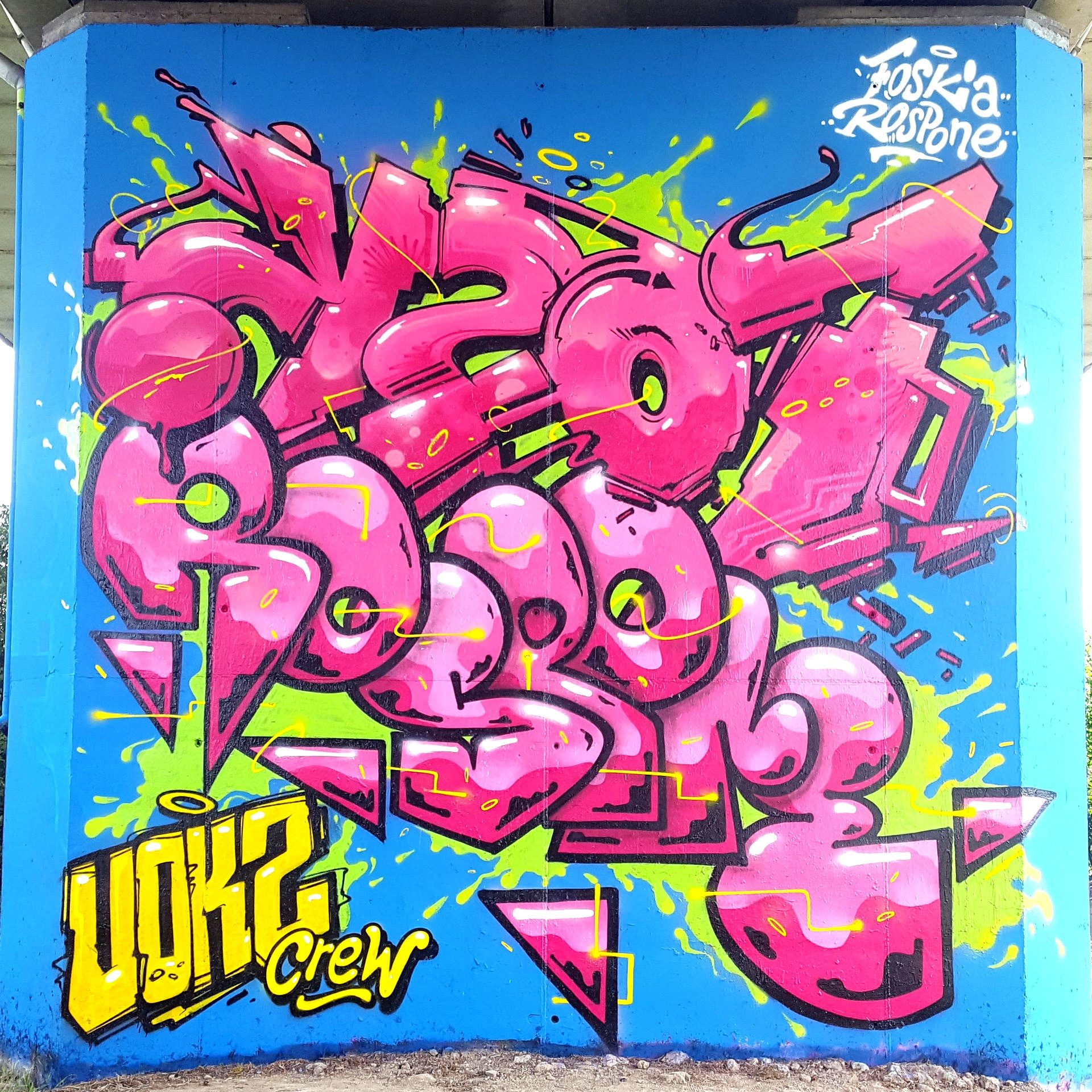 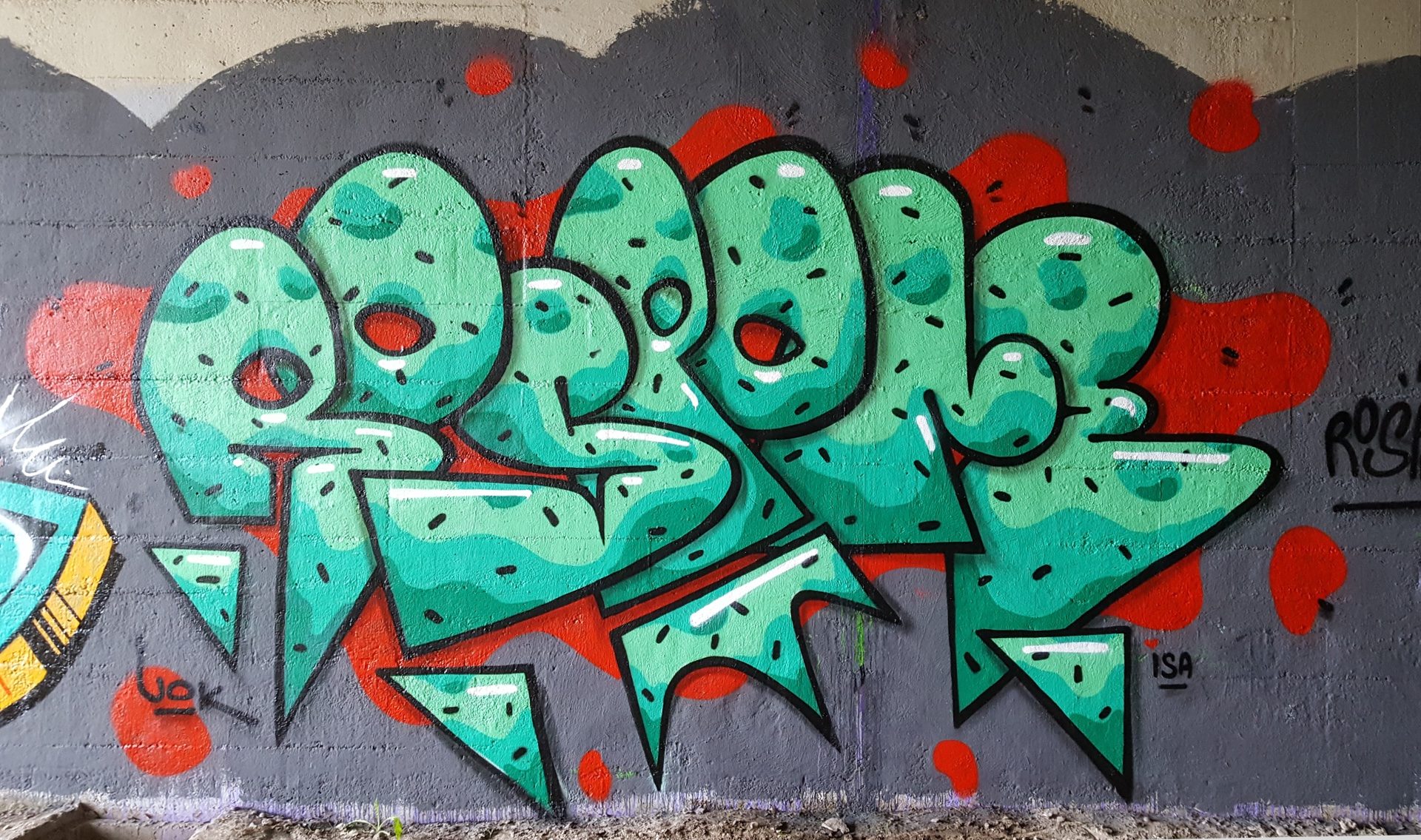 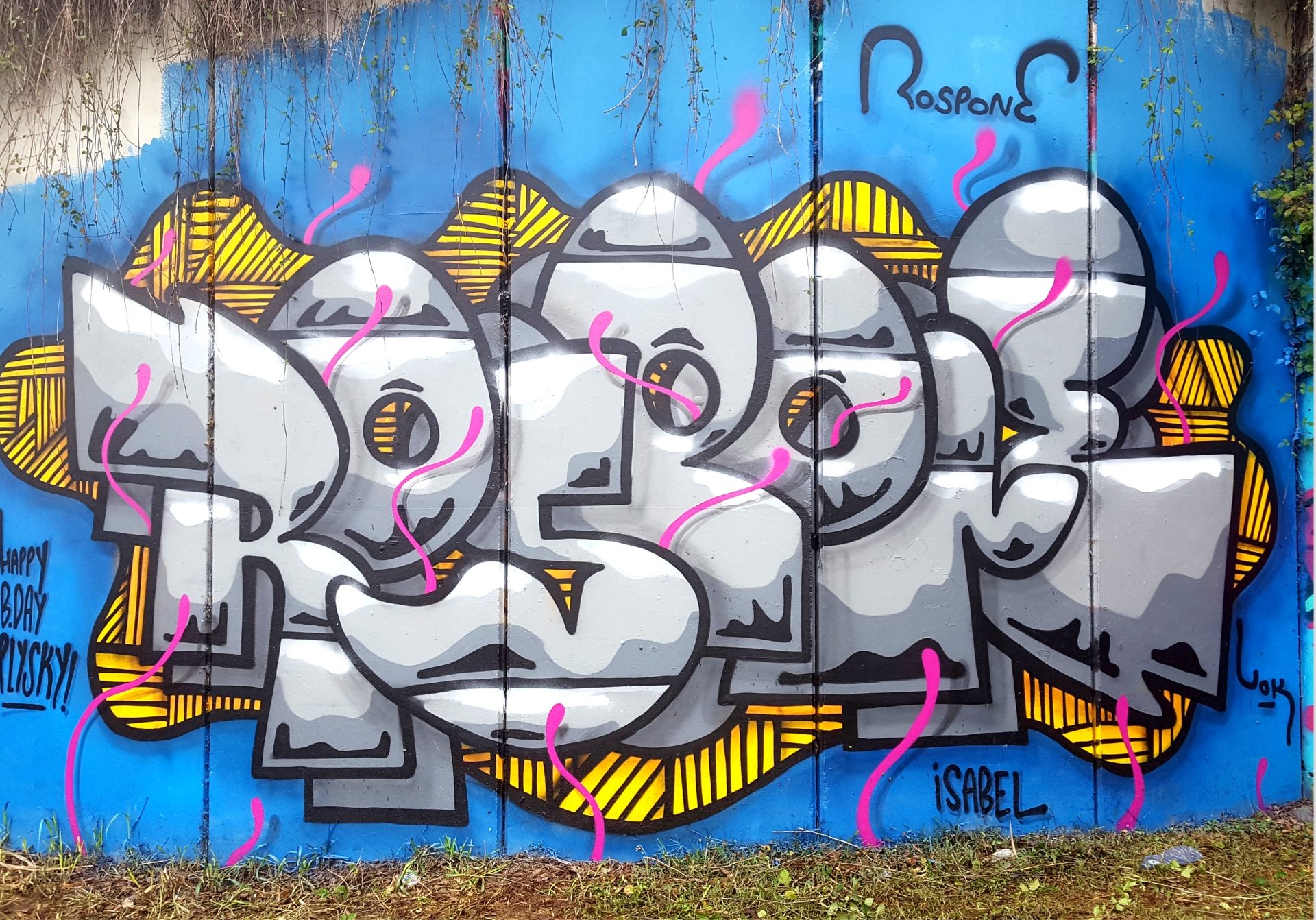 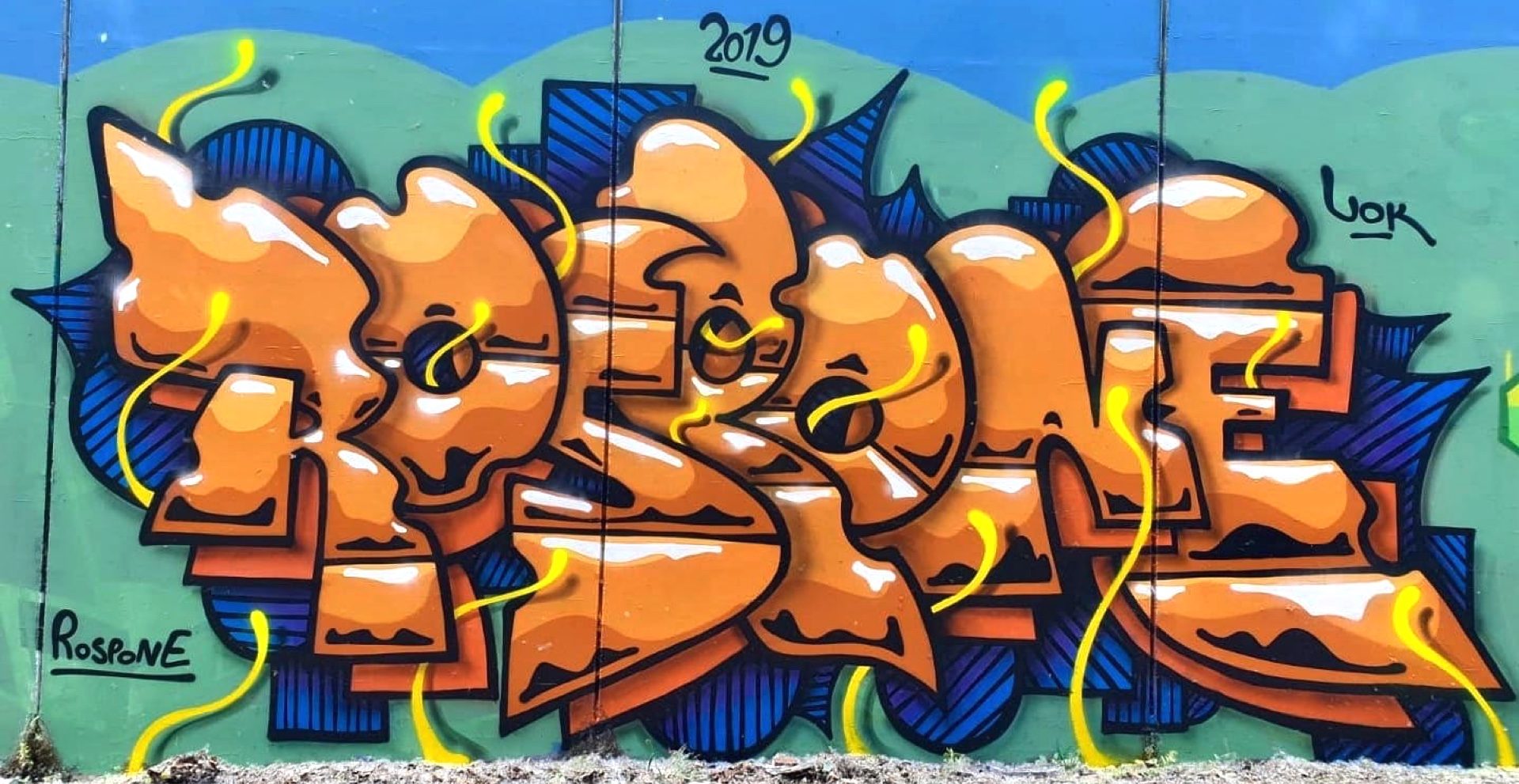 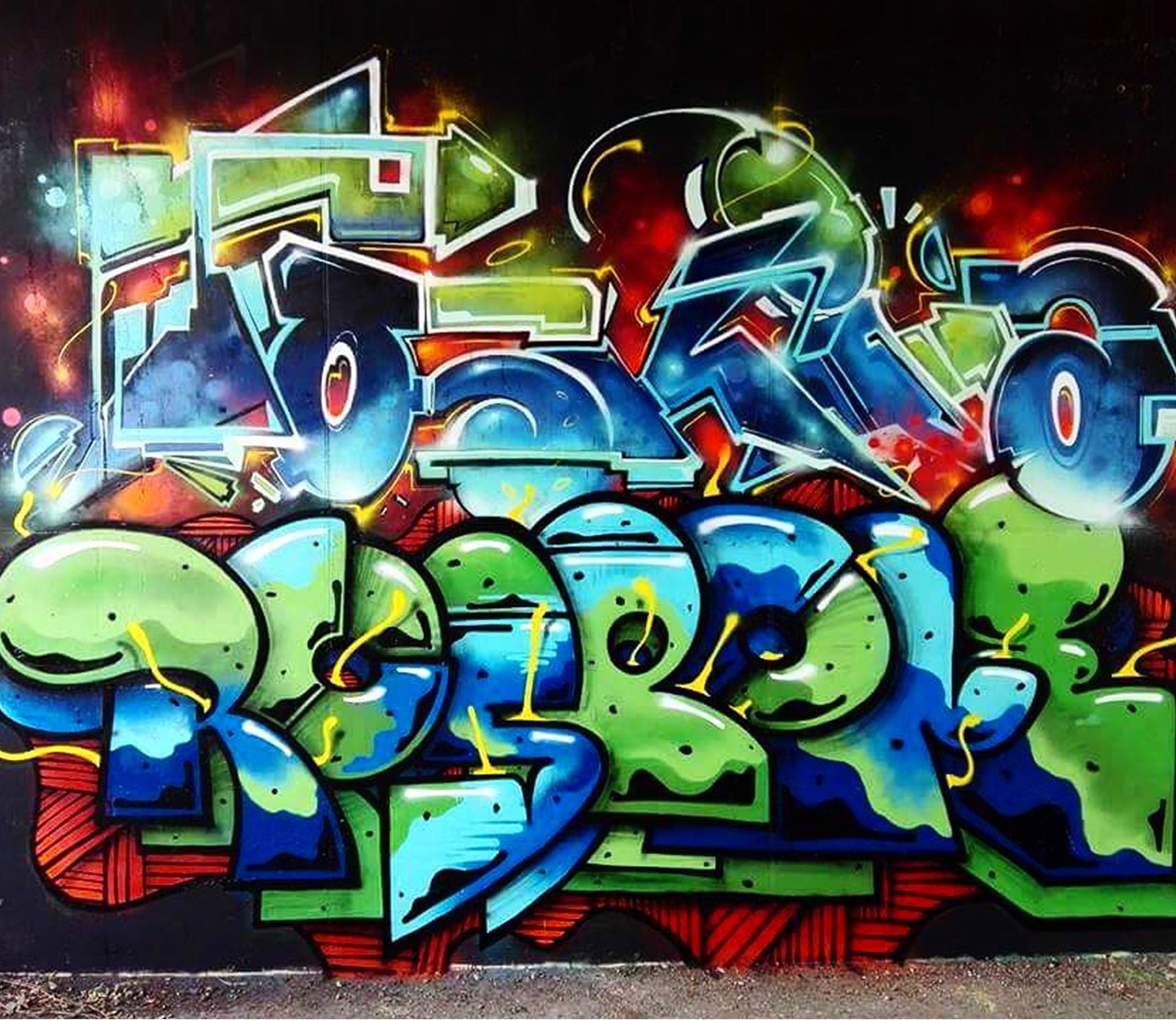 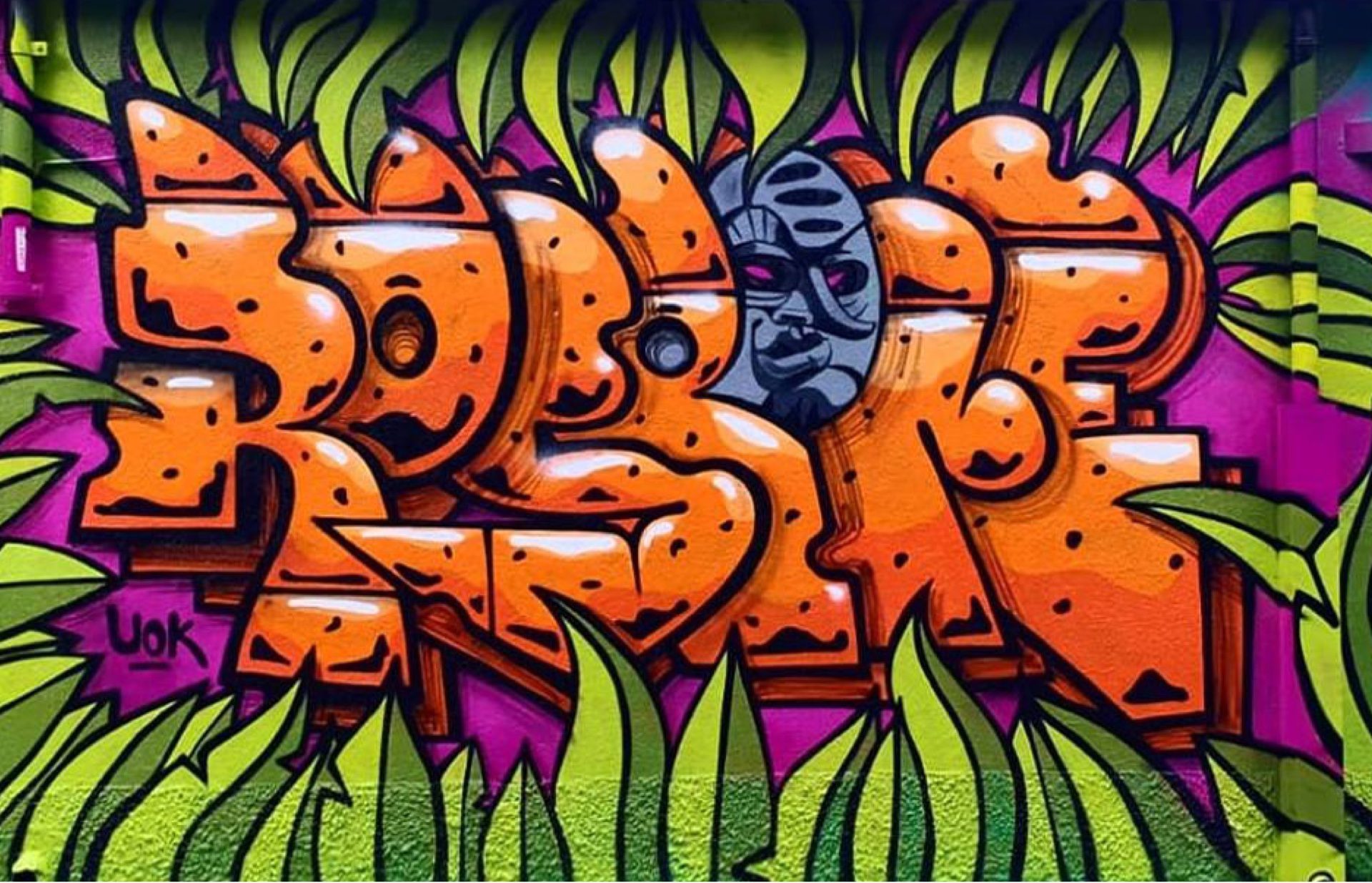 His murals are characterized by black and thick outlines, by rubbery and rounded shapes alternating with rigid lines. He prefers the contrast between opaque and bright colors with dreamlike and bustle backgrounds. Mr. Rospone believes the city is a large canvas where he can experiment and play with colors. 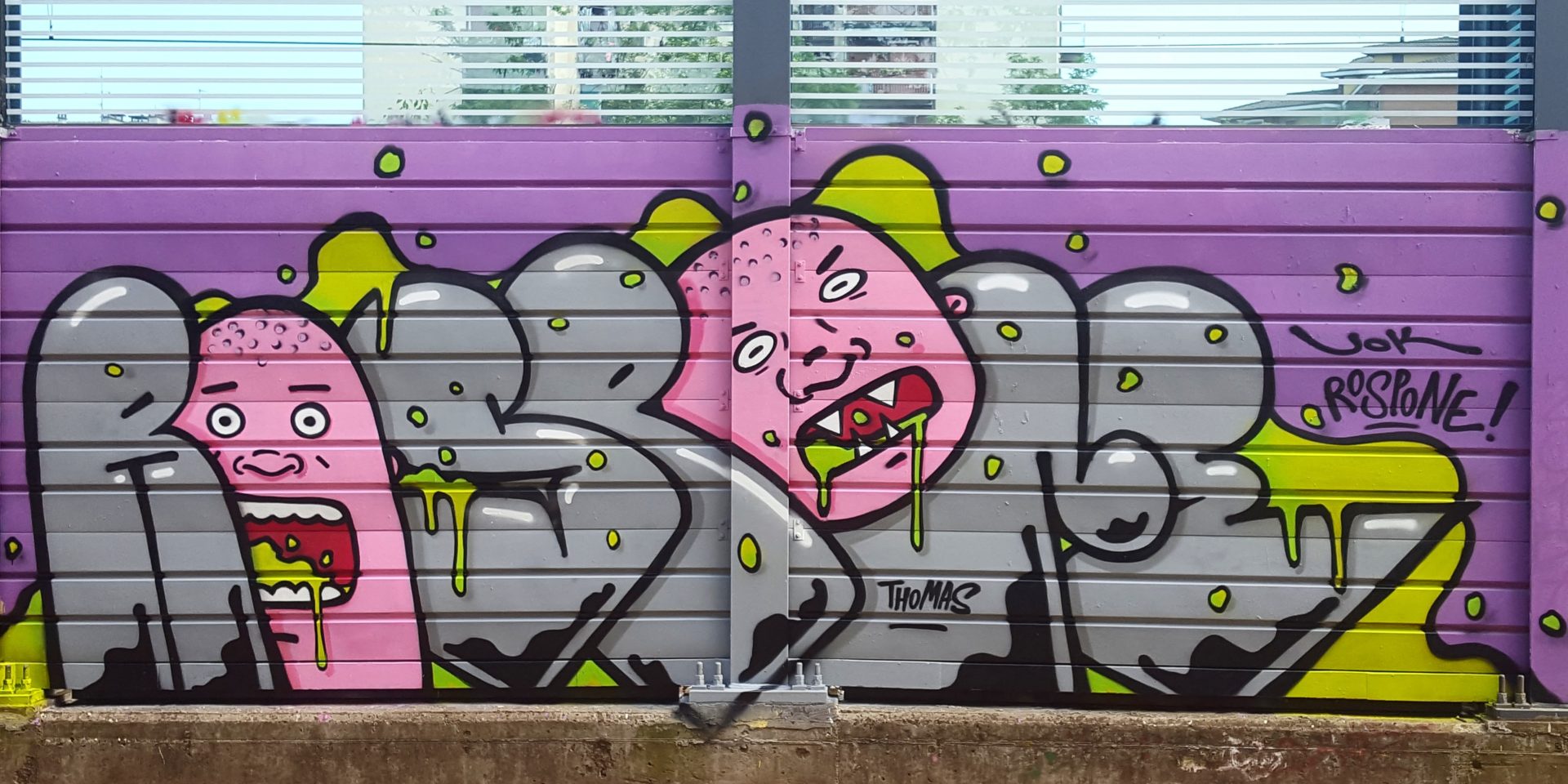 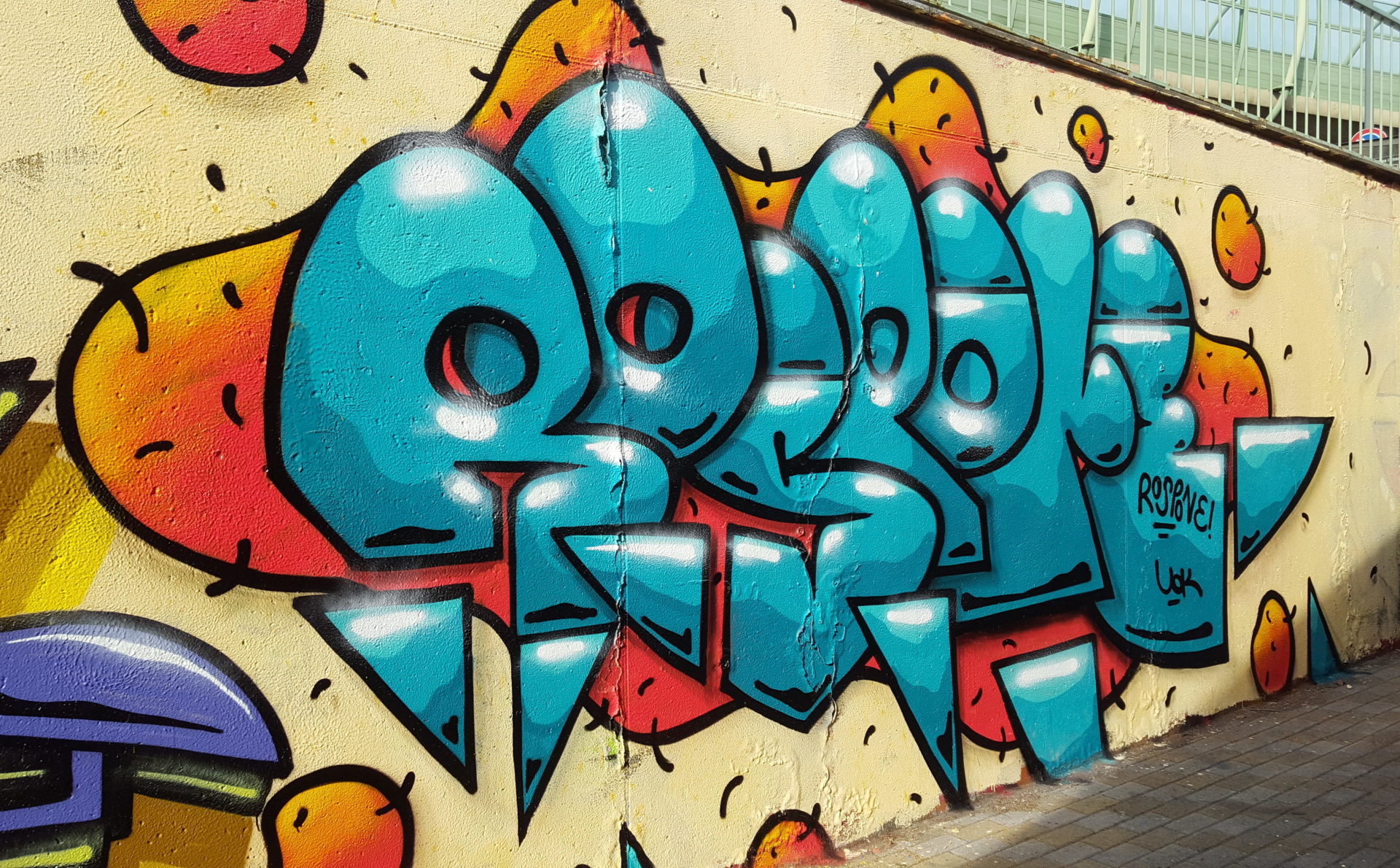 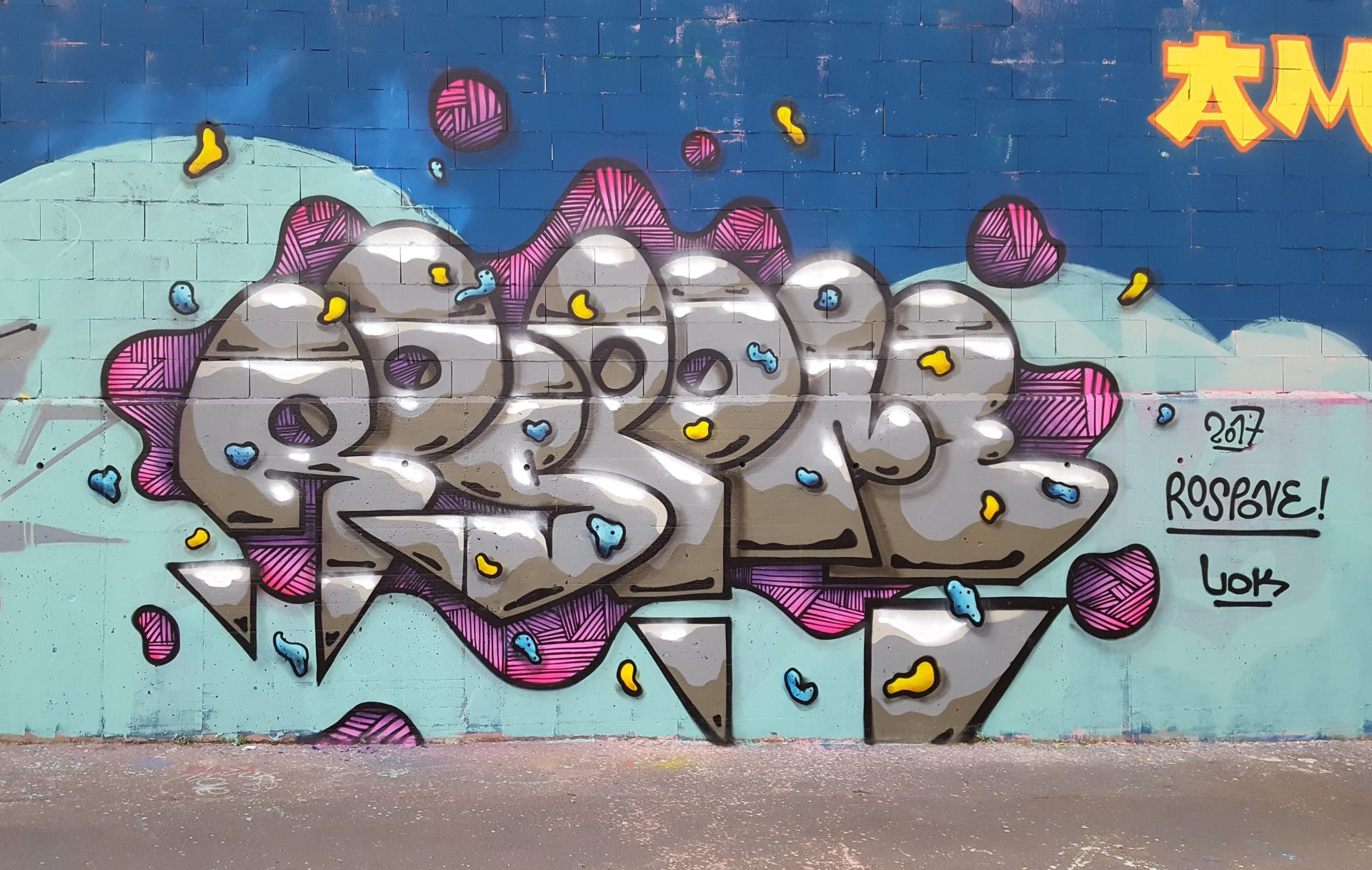 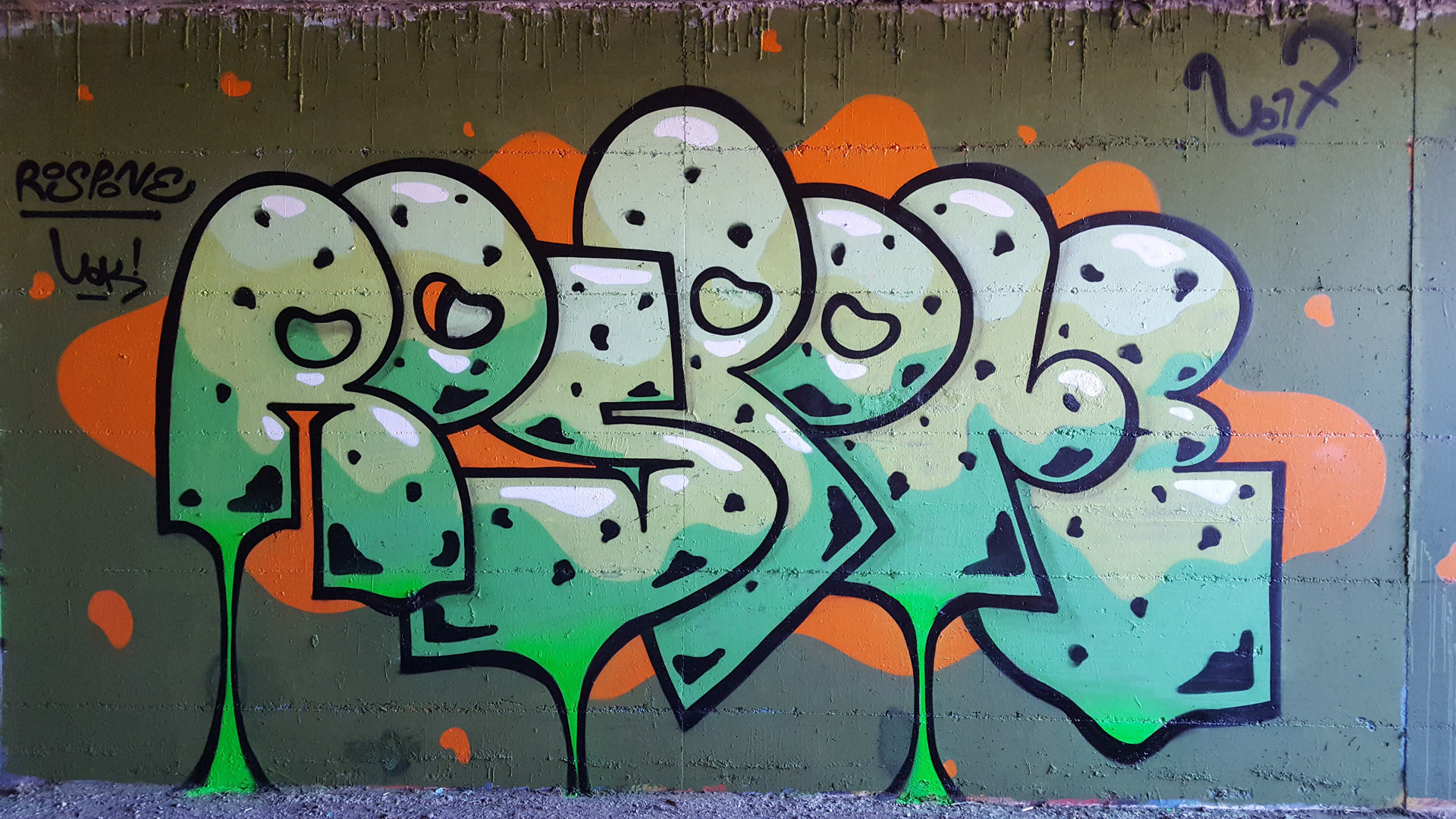 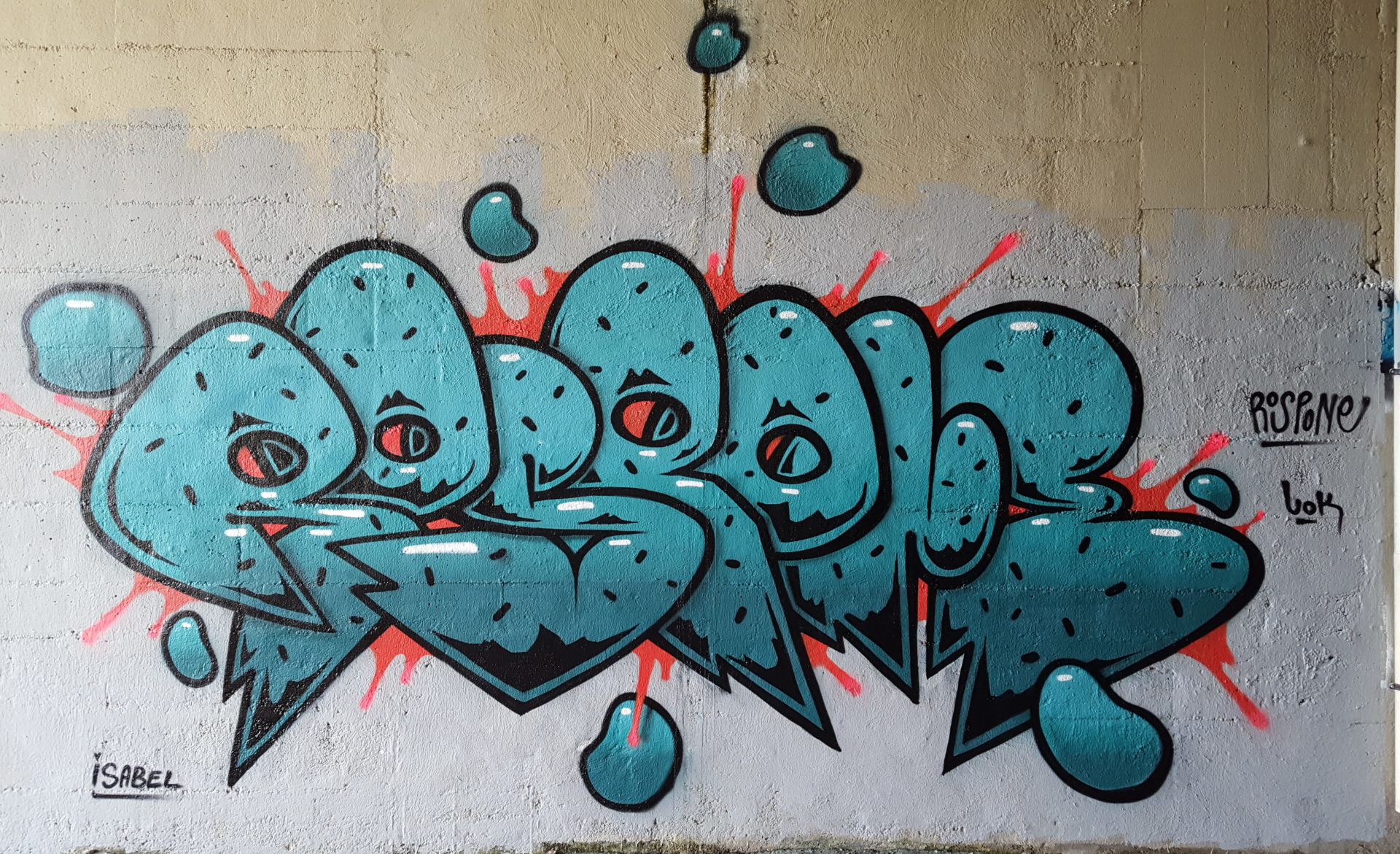 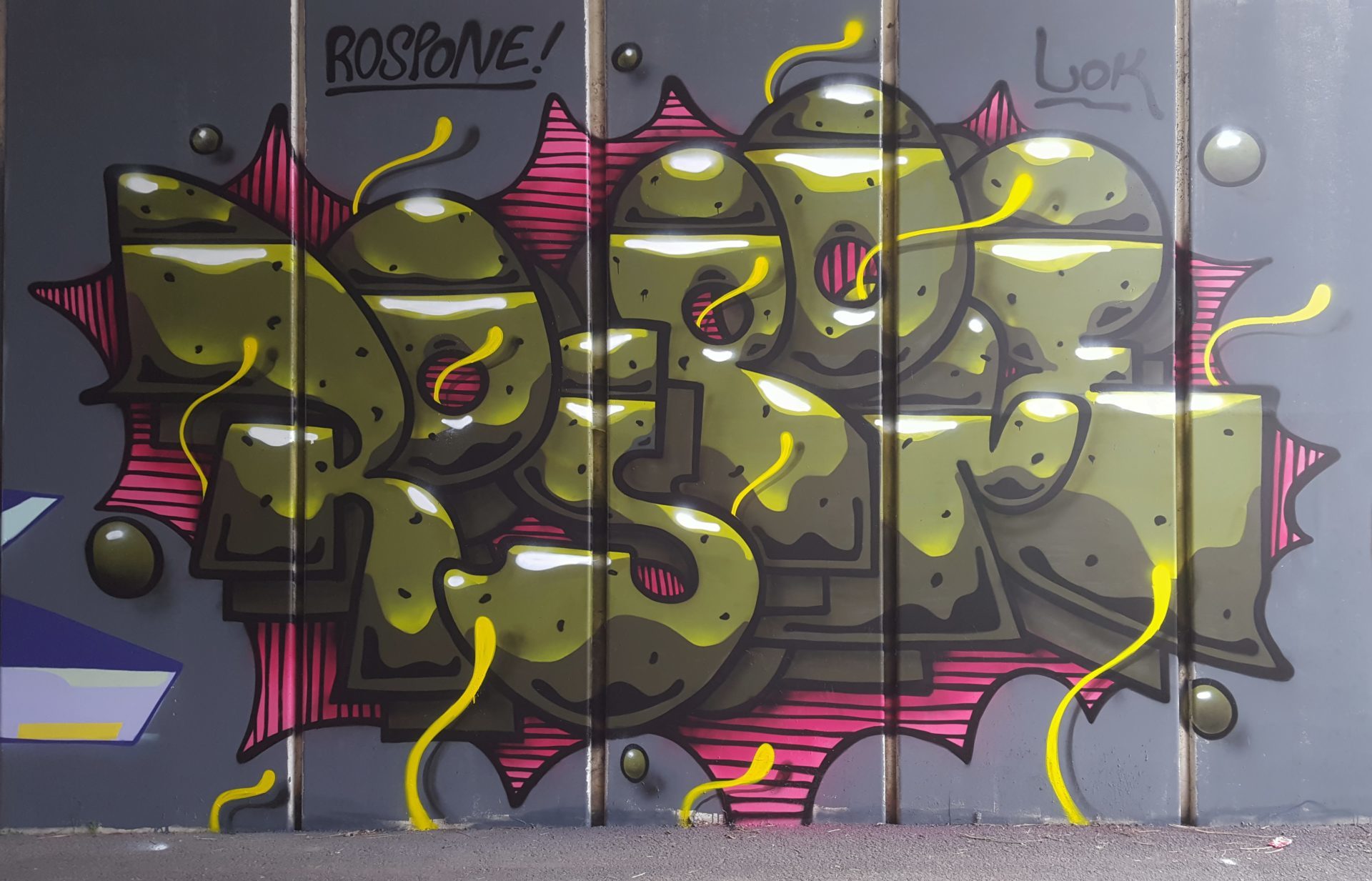 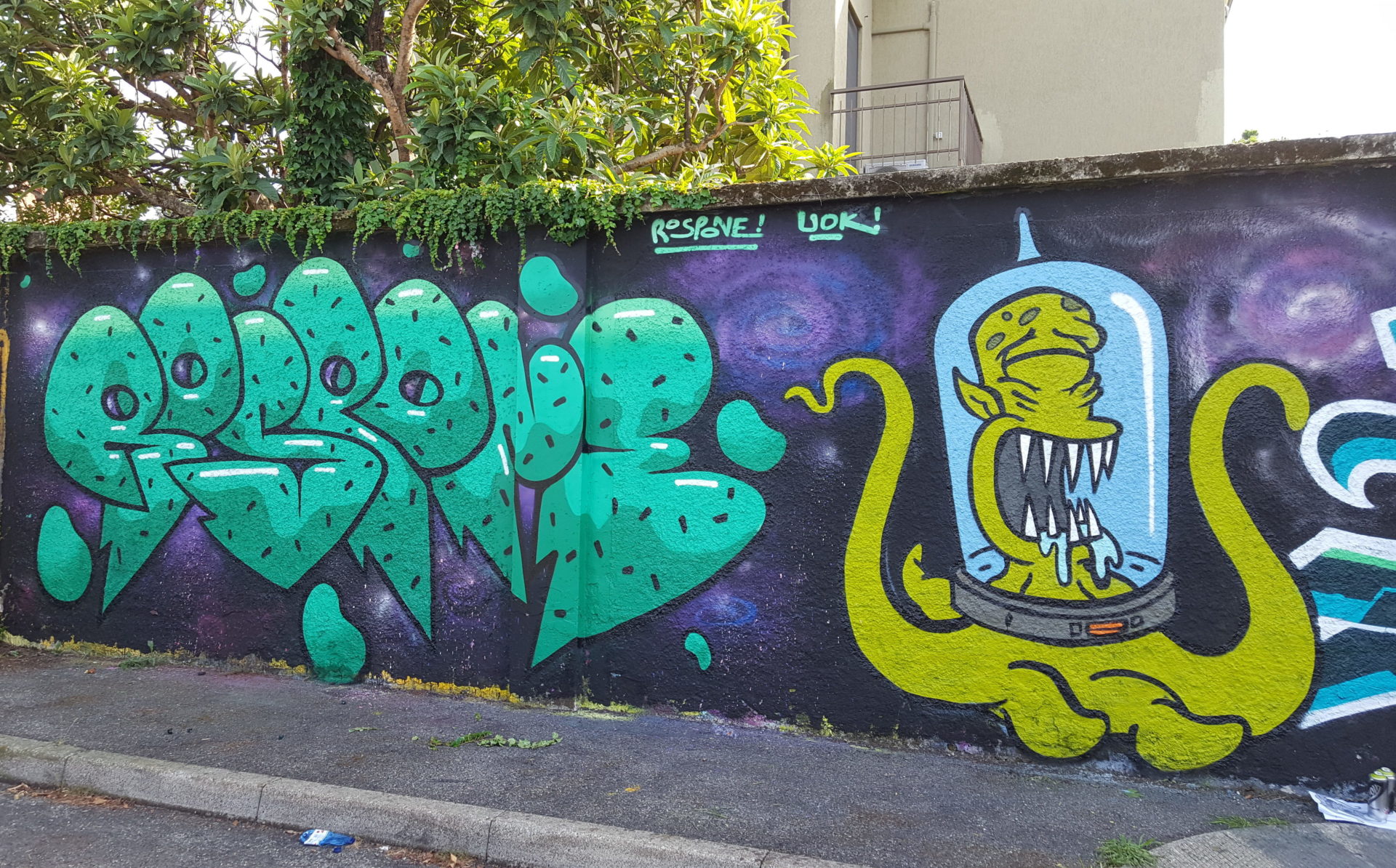 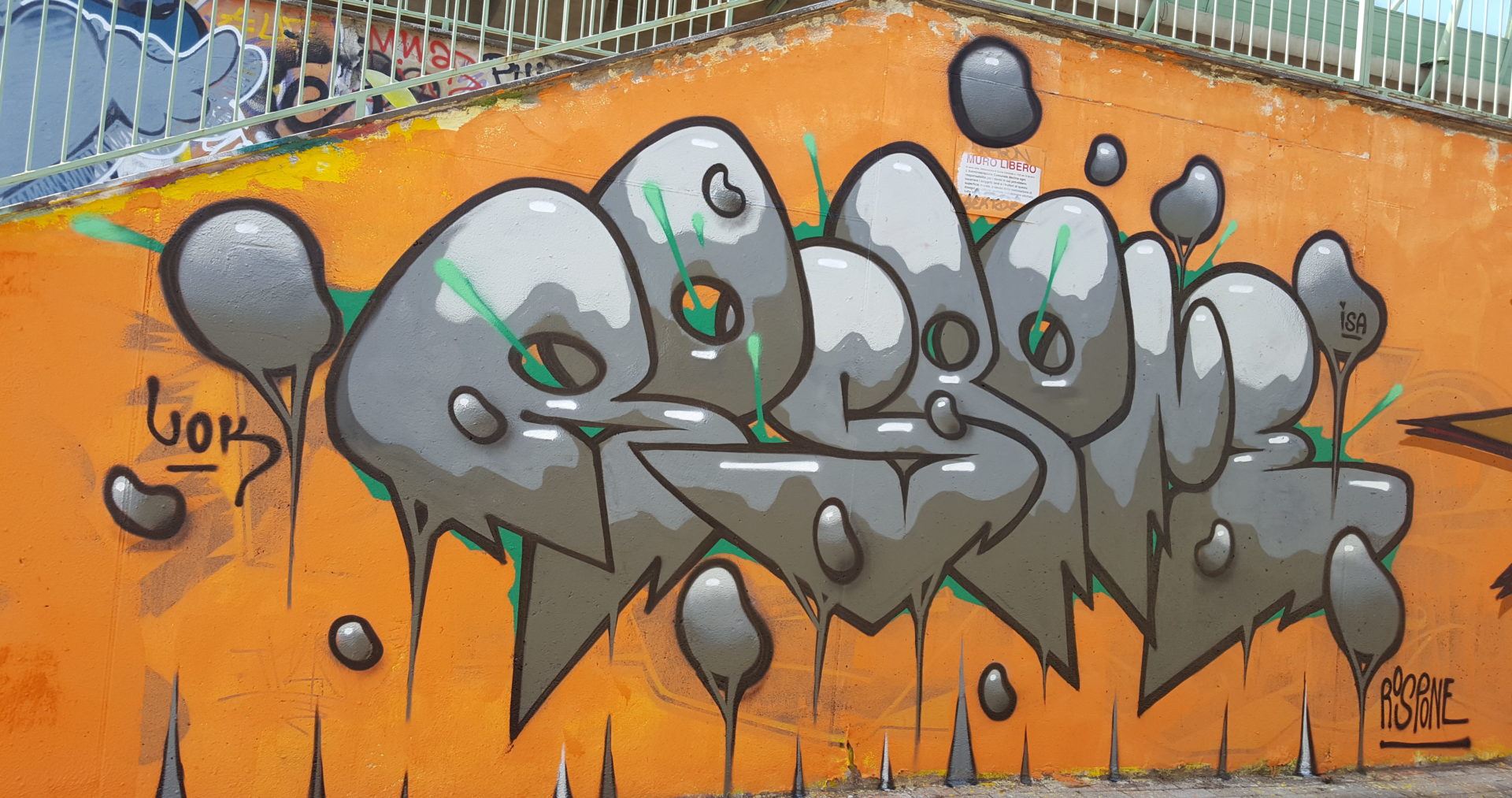