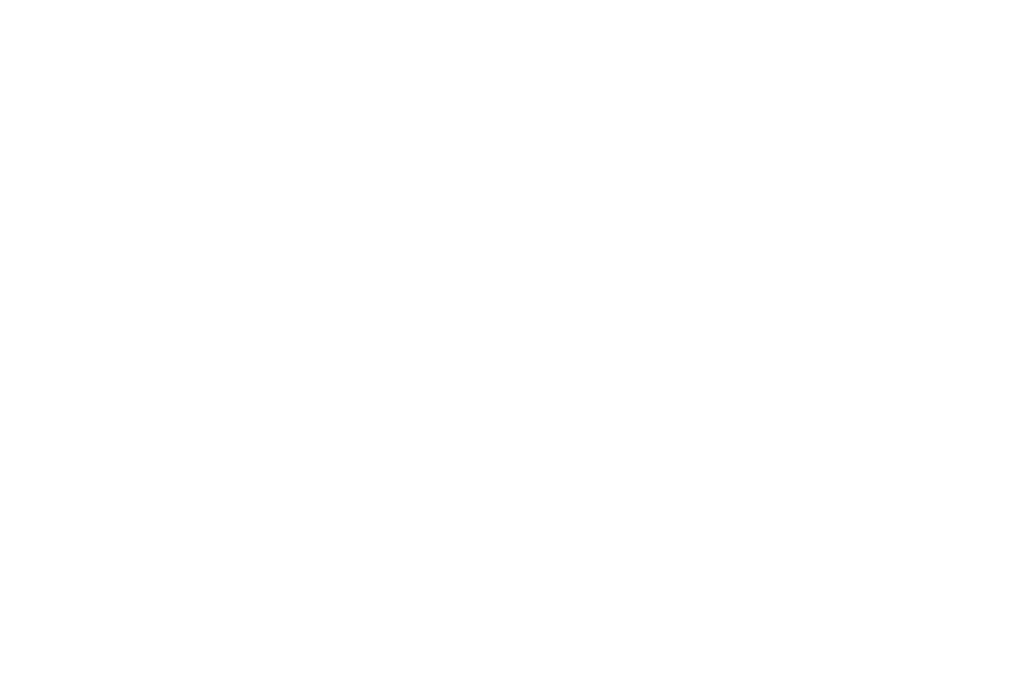 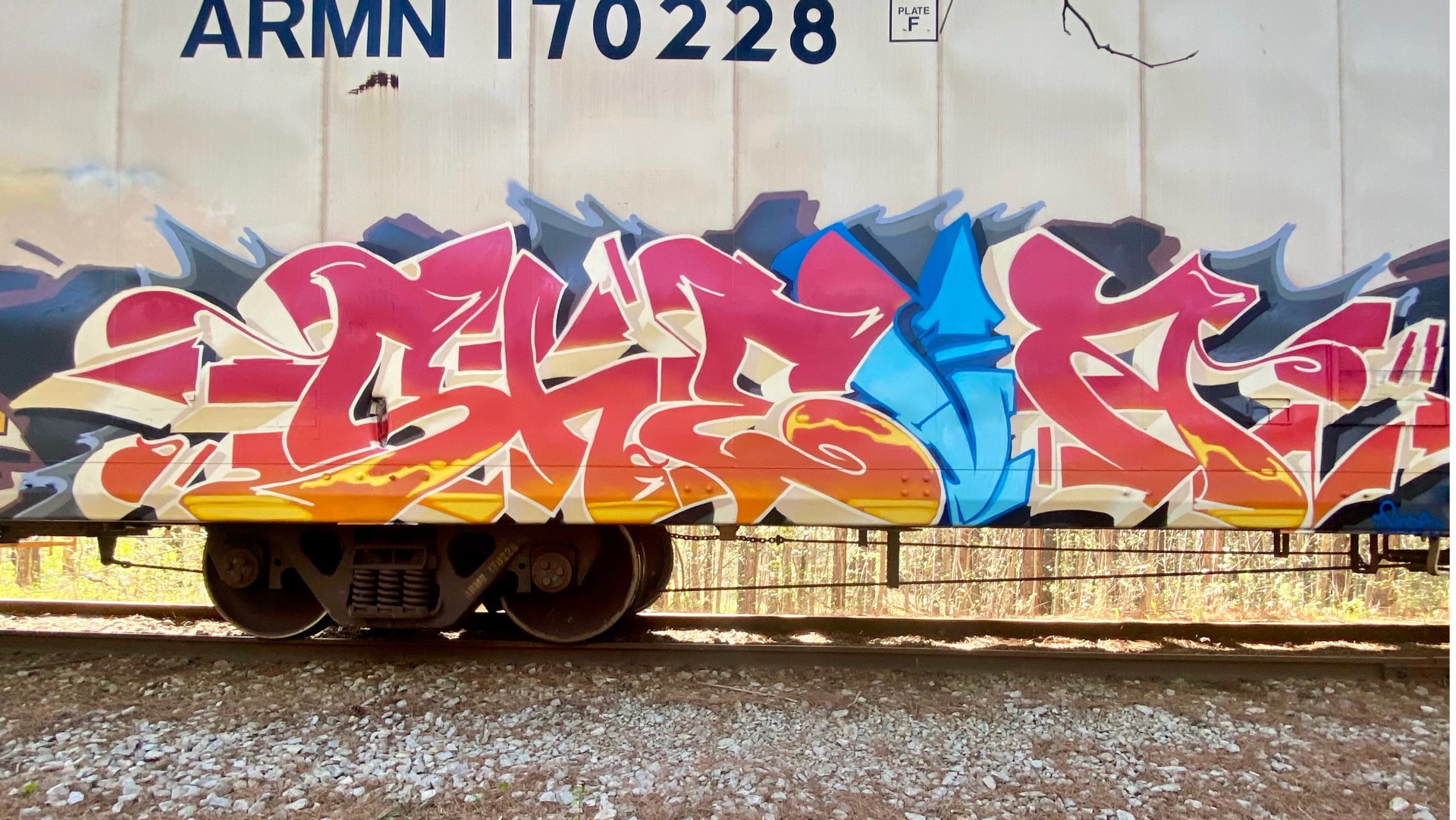 Hi! I’m Sheva! I’m from the coldest part of mainland United States. I recently moved south to escape the cold. I paint trains because I like exploring and looking for rare things. I’m originally, Wisconsin but the bulk of my graffiti career was spent a few hours north, in Minneapolis, Minnesota. If you’ve seen the movie Fargo, Minnesota is that. It’s snowing 6 months of the year. It’s fucking freezing there. Once we were painting in like two feet of snow, I was trying to warm up my hands and my buddy casually pointed out that it’s better to just let them go numb. And it kind of was. In 2015, I got diagnosed with severe Raynauds from repeated frostbite. Basically, my fingers die. They turn snow white and don’t function when I get even a little cold. It was getting worse every year, even with battery heated gloves and multiple rechargeable hand warmers. 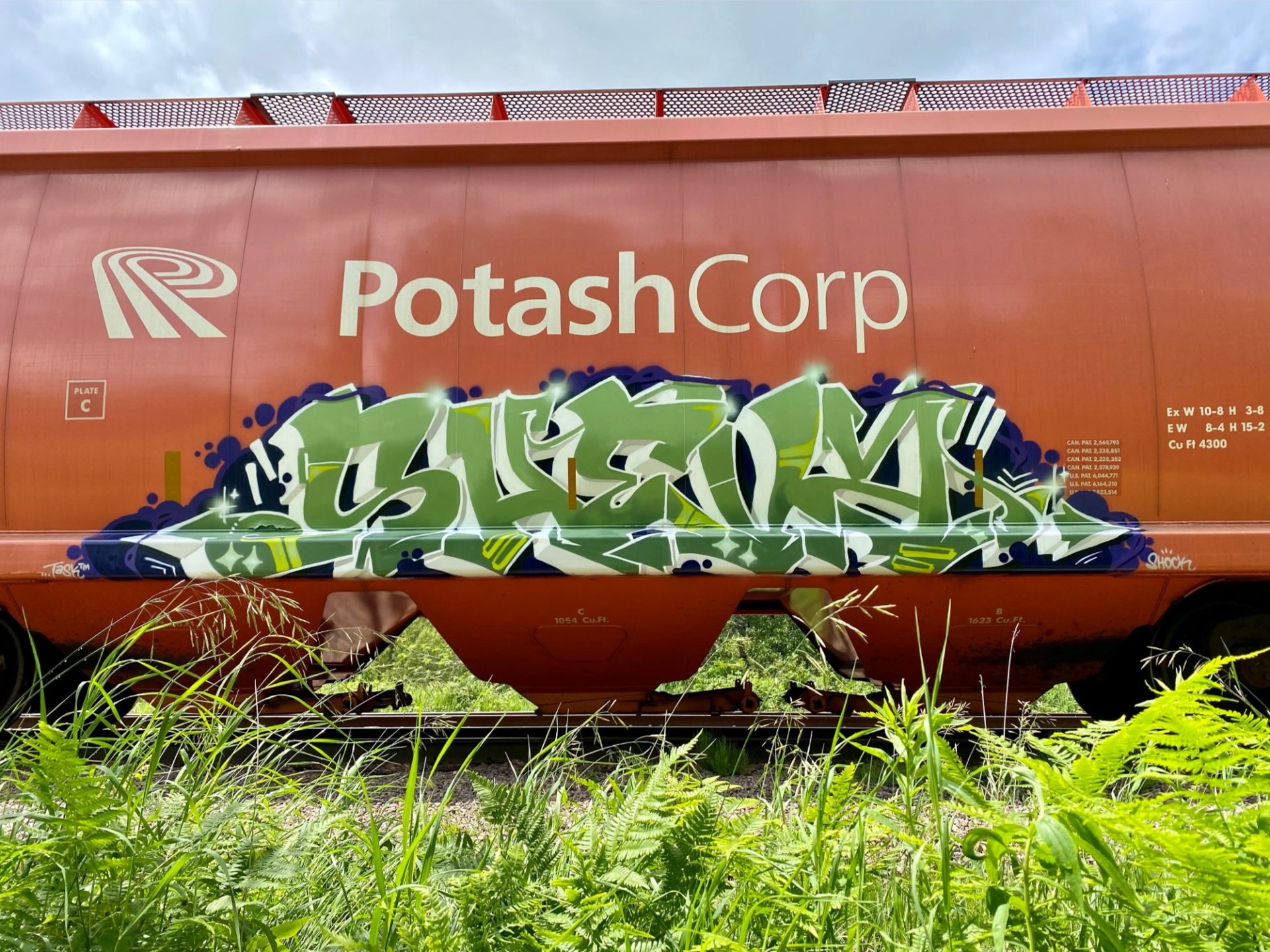 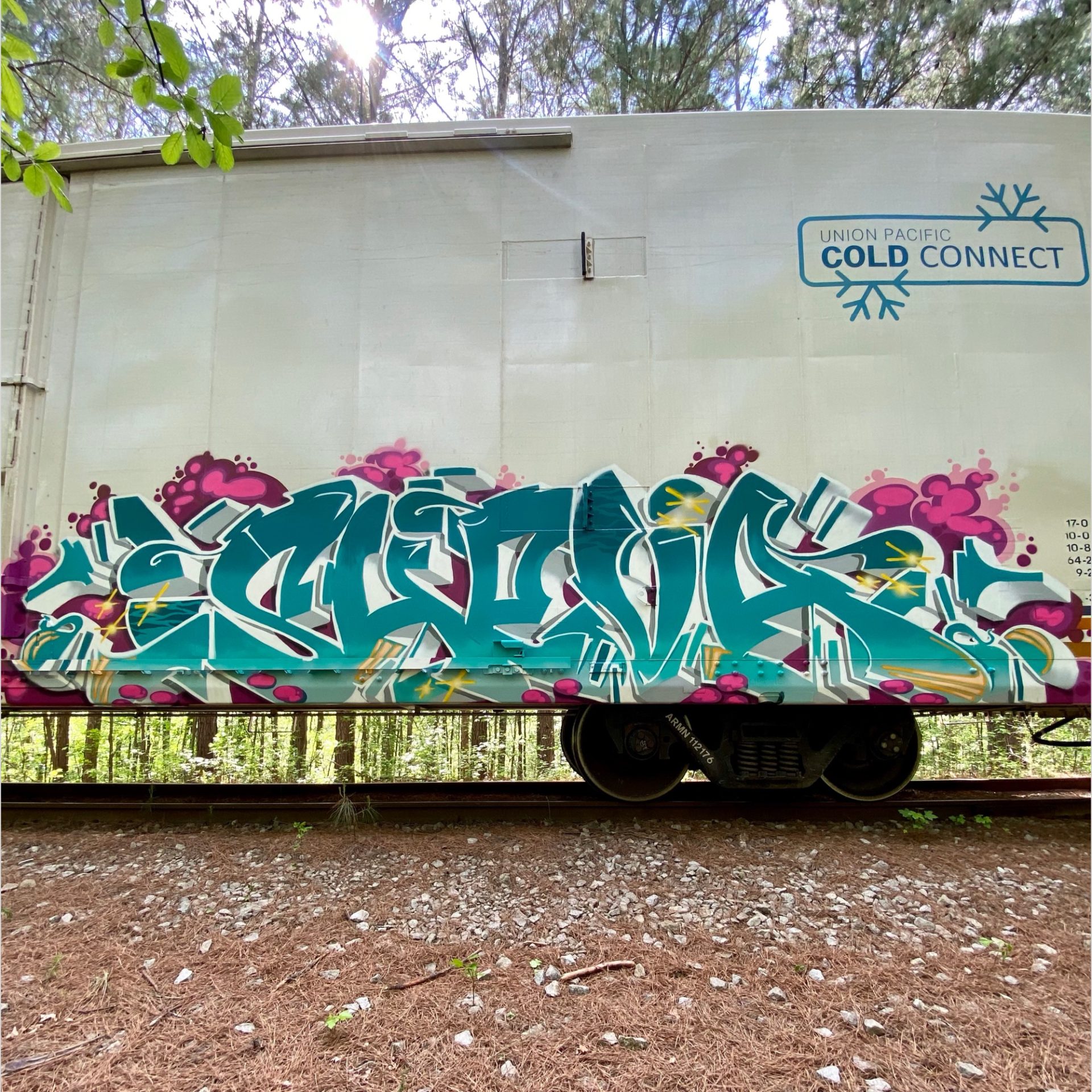 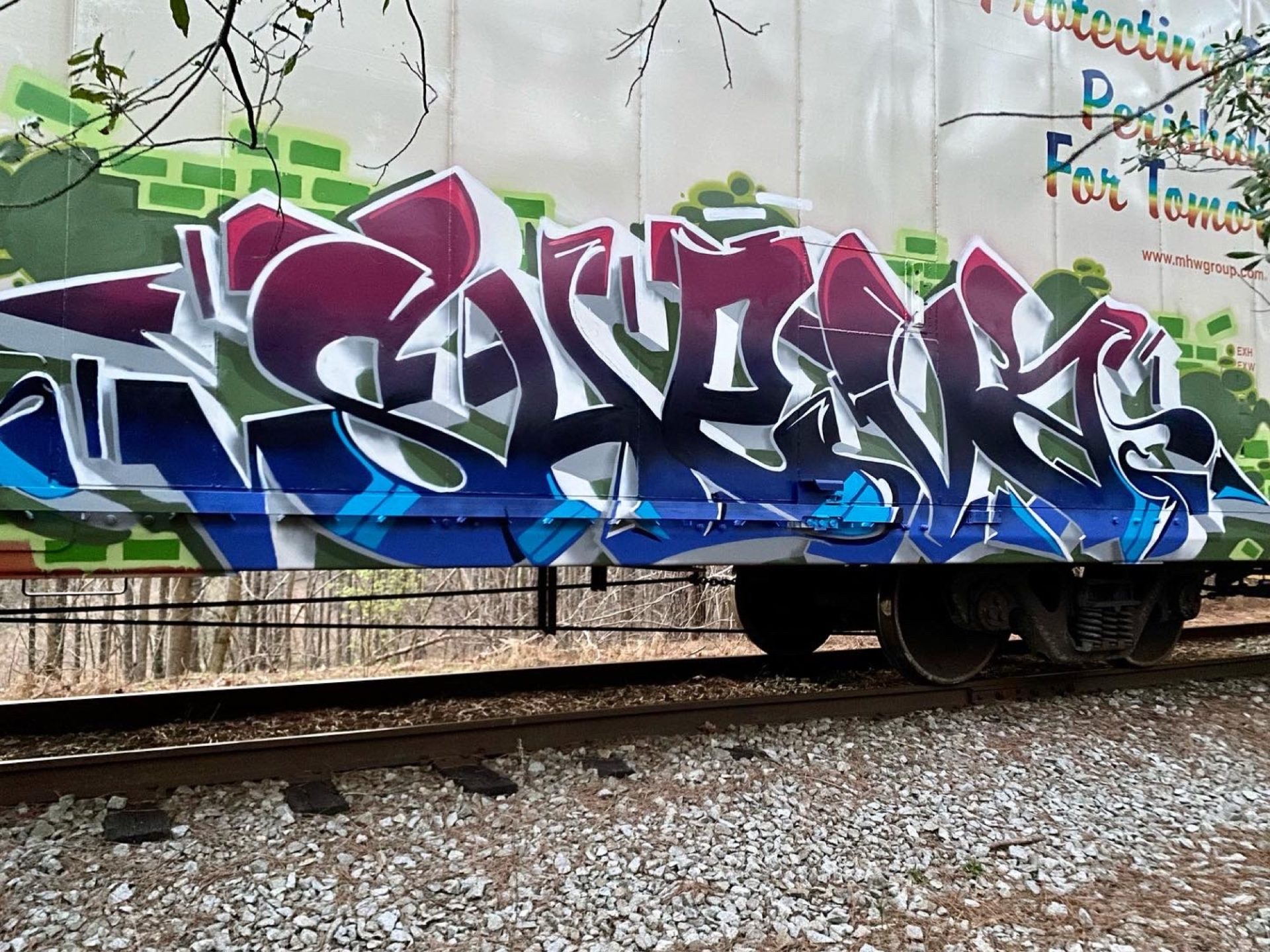 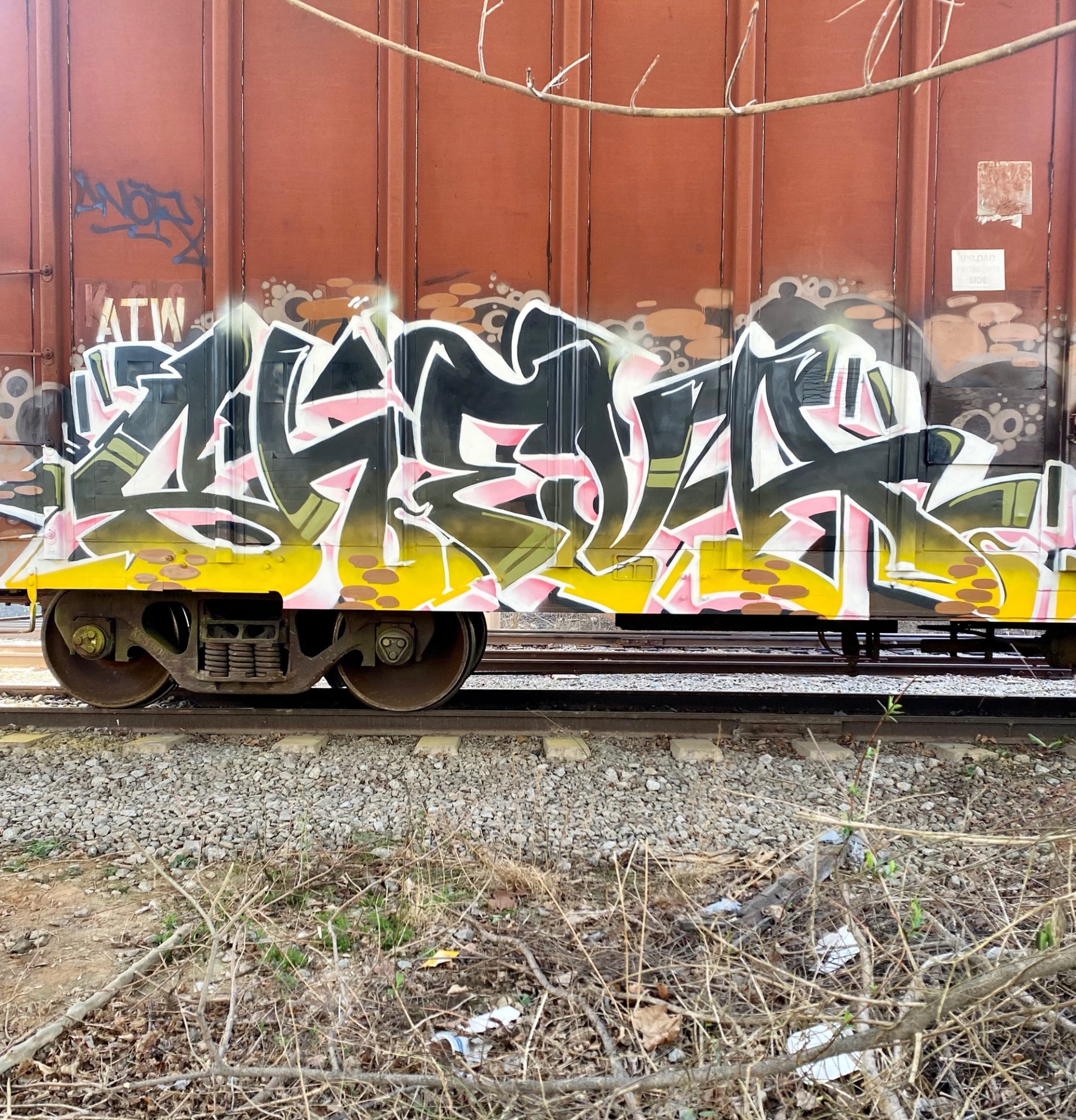 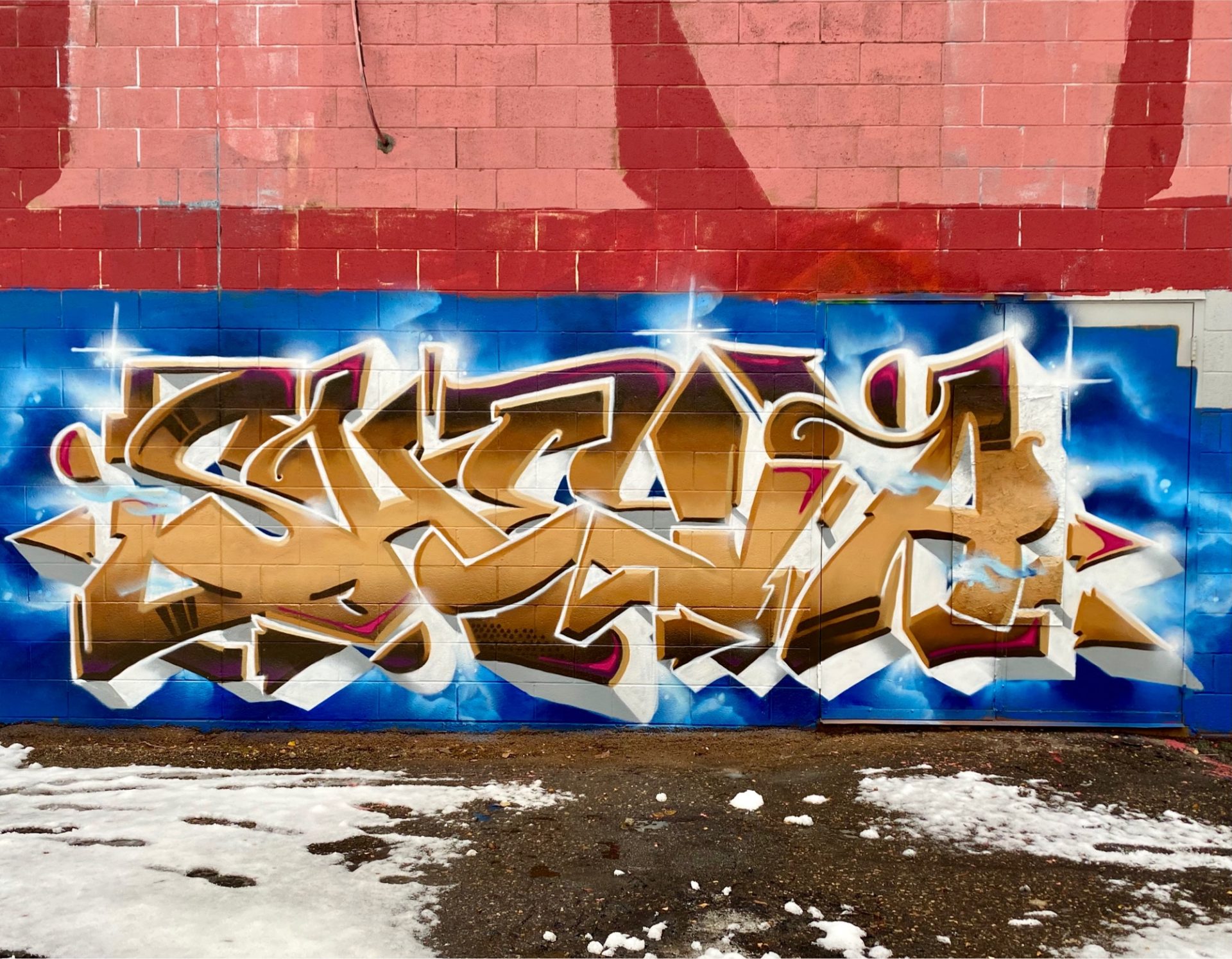 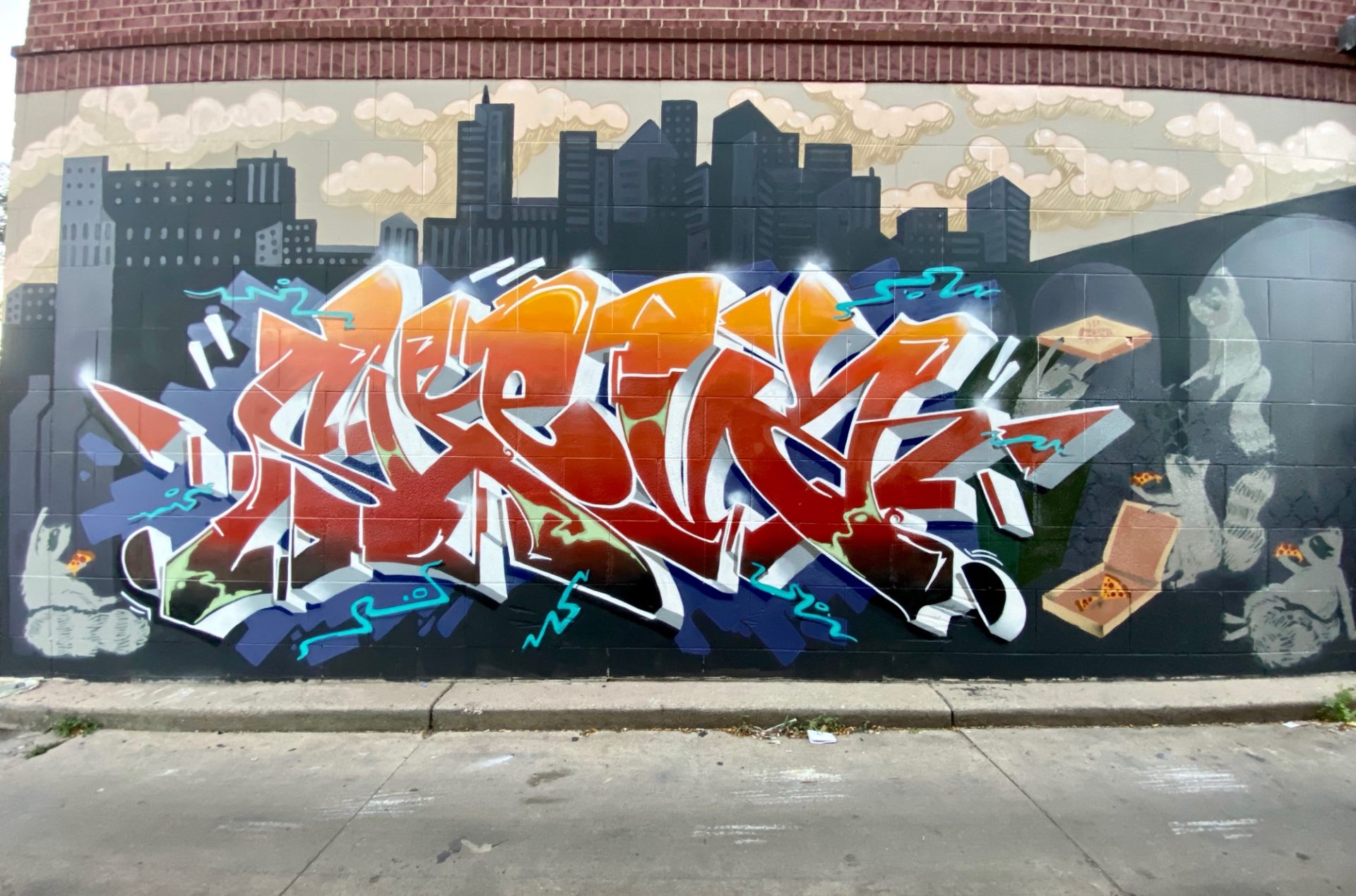 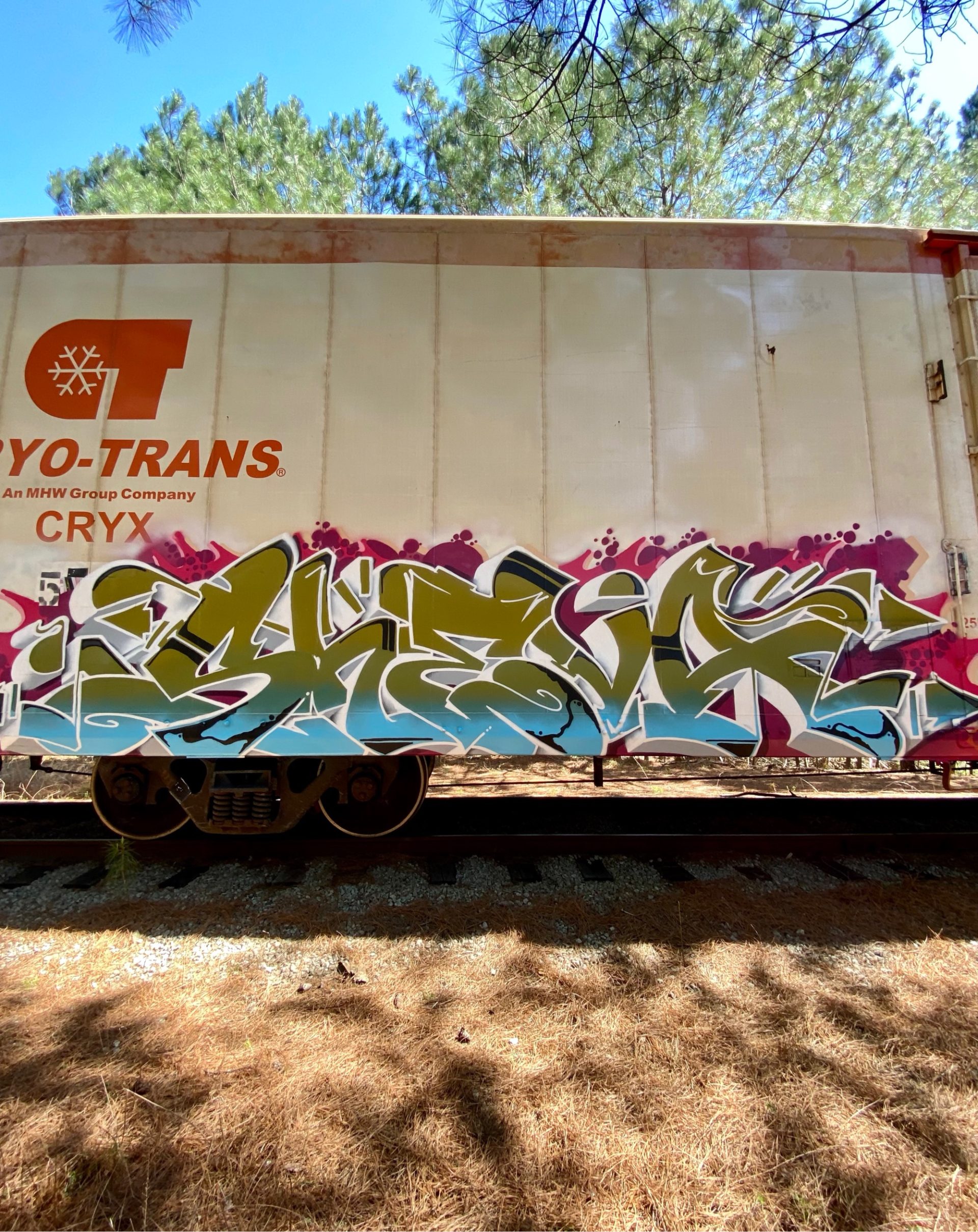 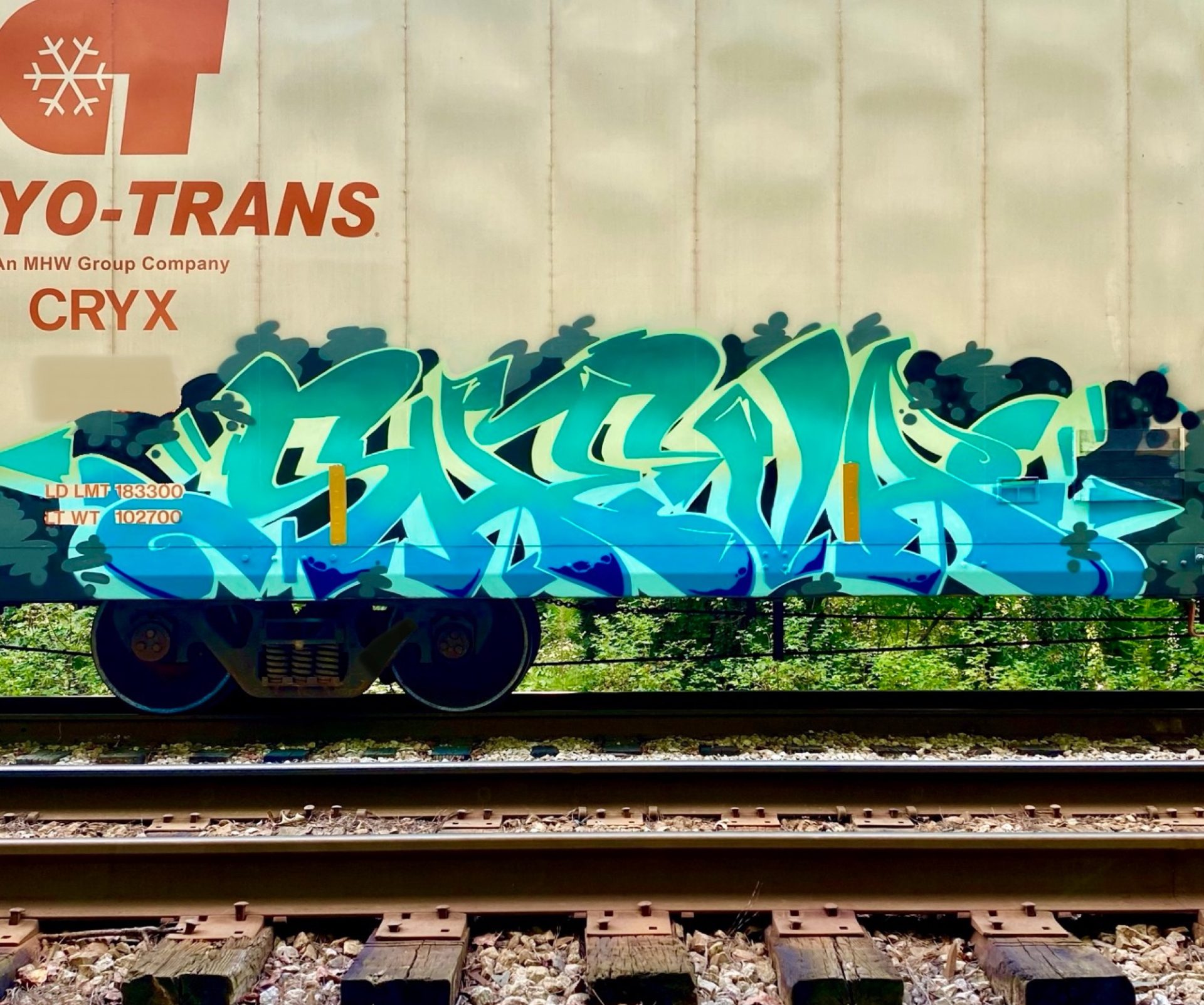 In Minneapolis, it’s not super easy to find trains. It’s not impossible, it’s not New York, but it takes serious homework. Checking the spots, often multiple times a day to see when they get laid, we’d frequently drive an hour to a spot just to turn around, I drove four hours once mainly just to get a reefer car. The regular 2 car layup would be a race for like 4 other writers to get to first. Pair that with the 6 months of snow and one has gotta be a solid mix of dedicated and self-destructive. 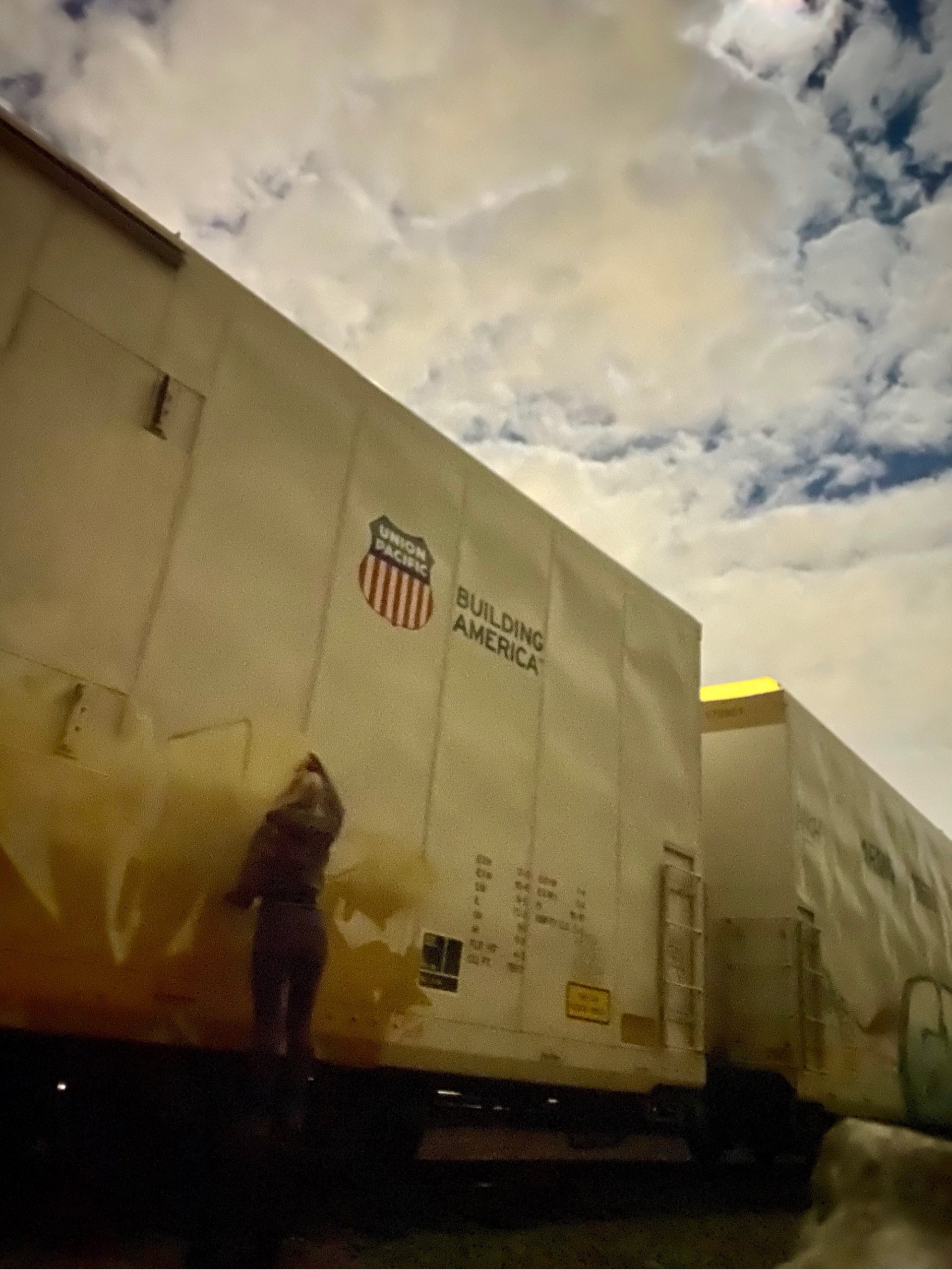 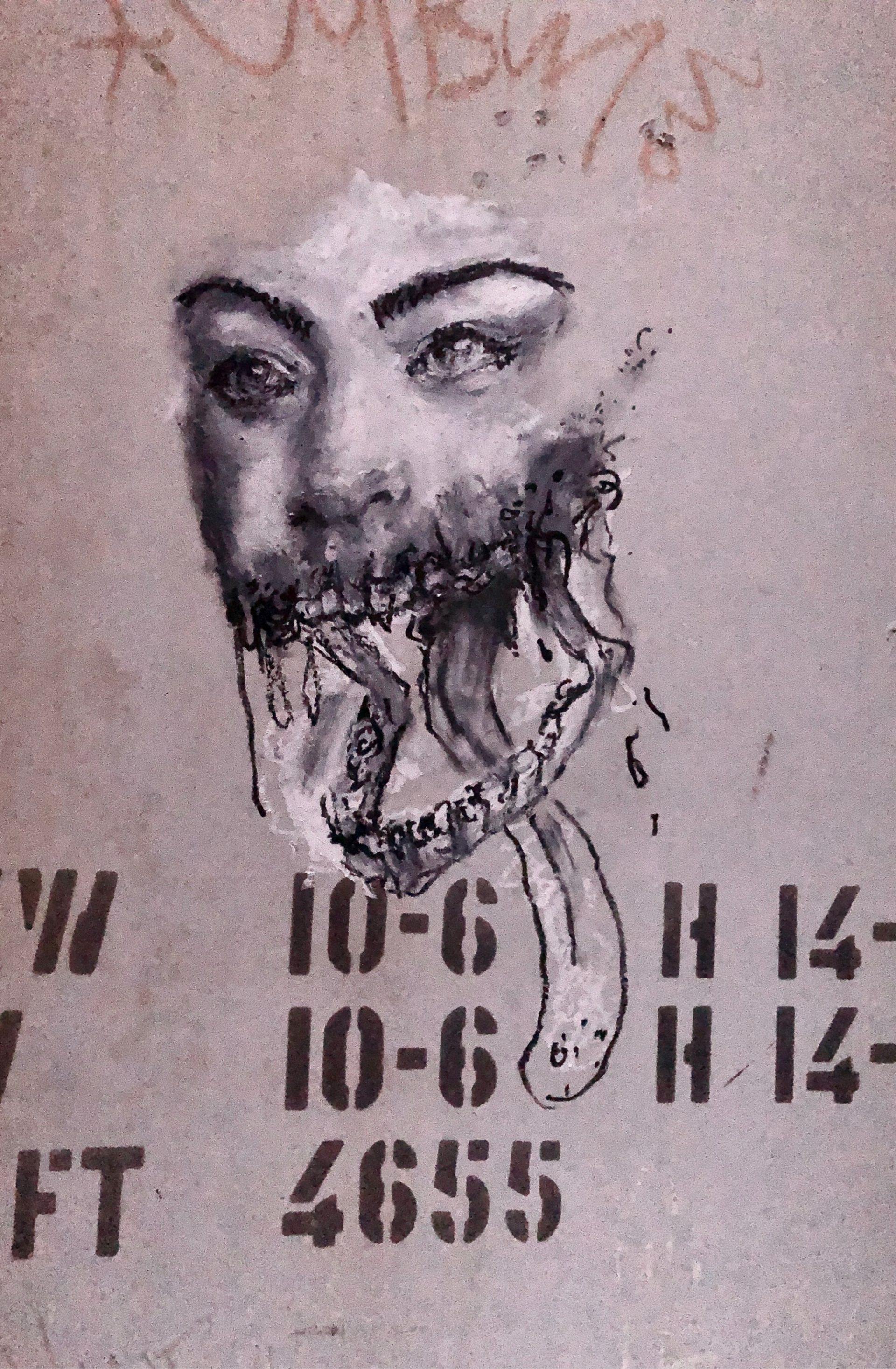 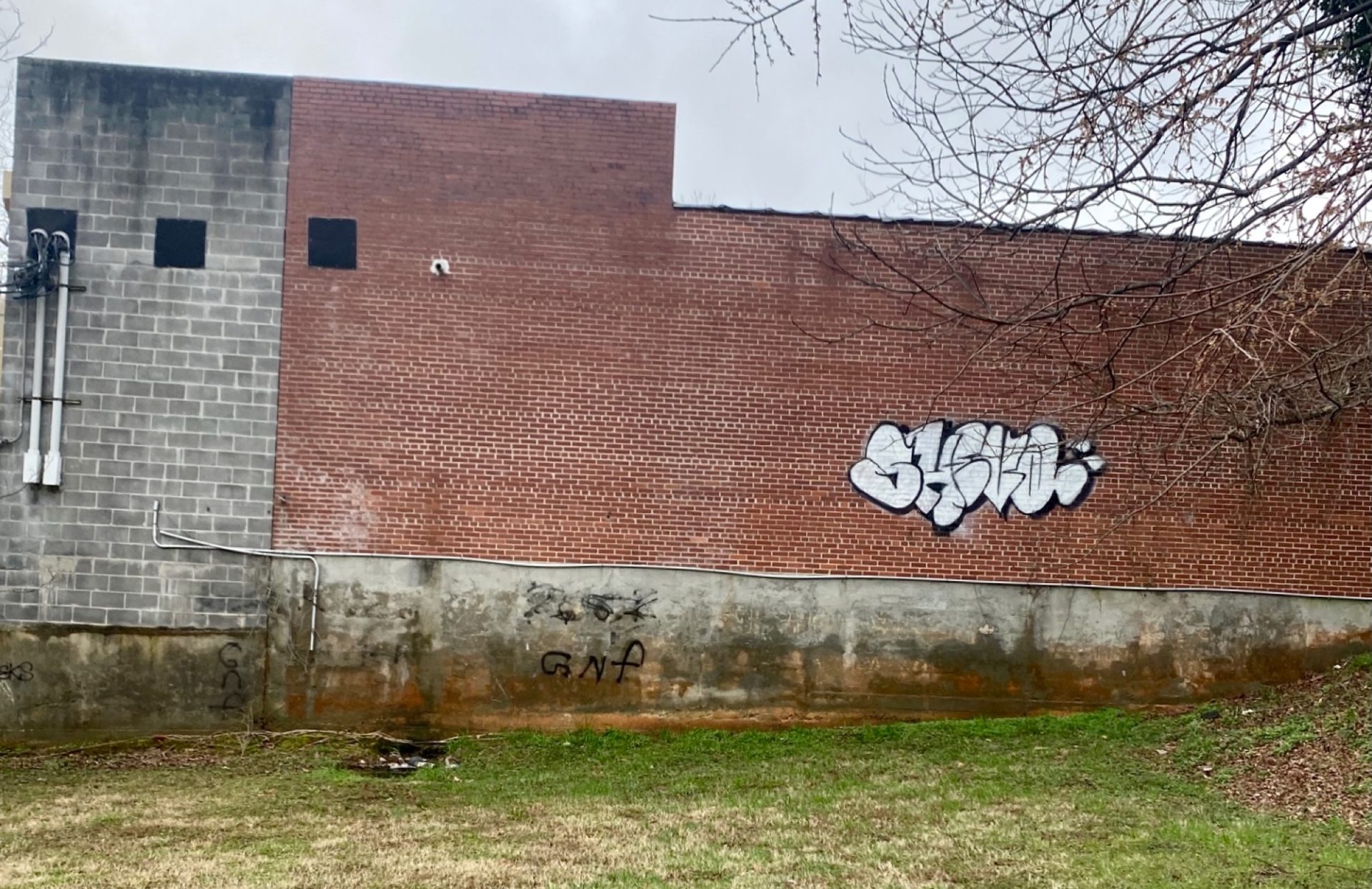 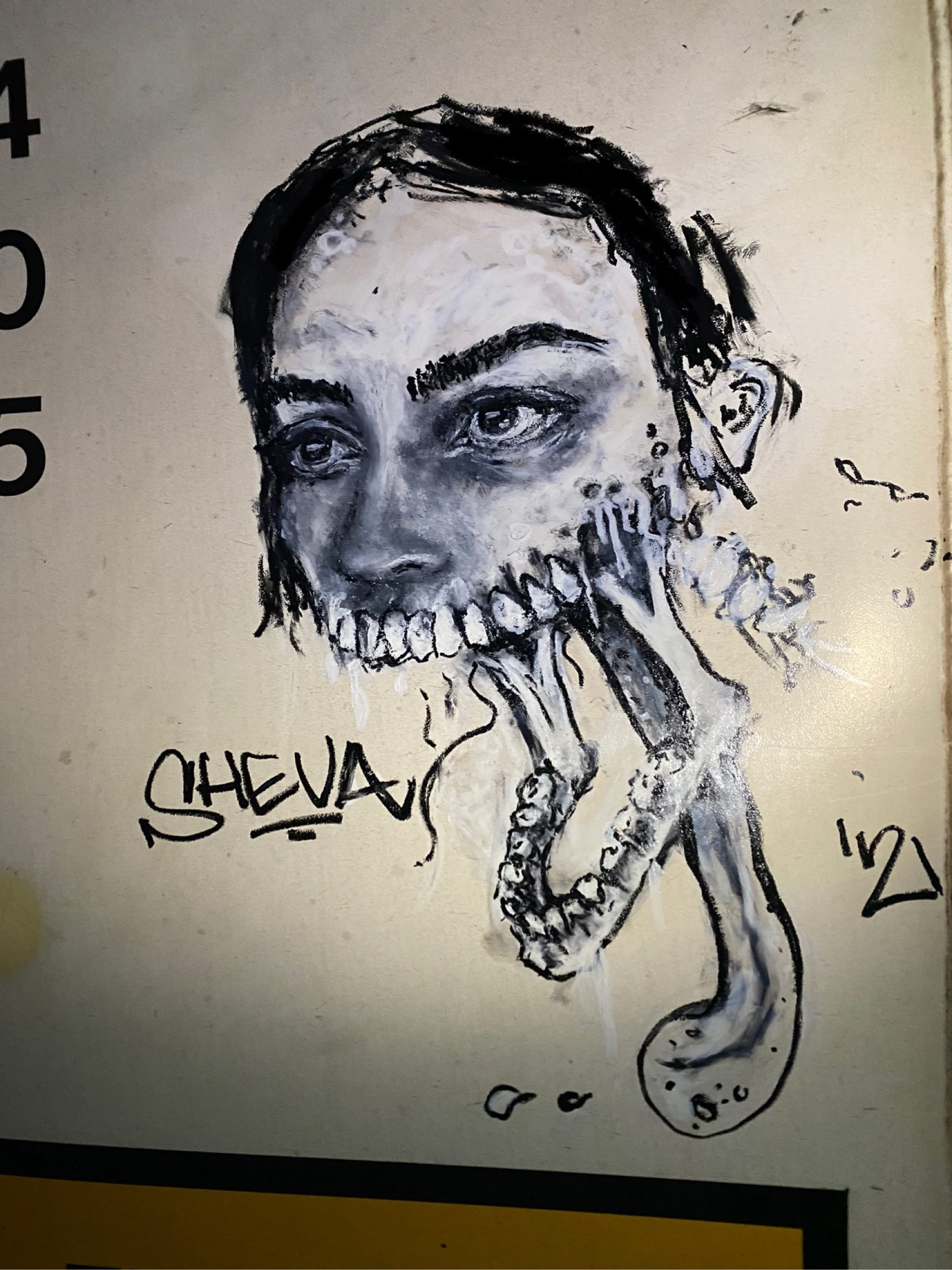 I like trains as a reminder of the past. Walking train tracks leads you to the most overlooked places where you can find super old abandoned and crumbling things, which I love. Also, painting a train feels like less pressure to me than a wall because they just go away when really, they last so much longer than I think I can fully grasp. Last winter, I ran into one I painted in ’06. That’s crazy! The chances of me being next to that car again are so slim! It’s so bad but whatever, it was a piece of that time and that’s beautiful. Sone was on it too. Made me feel things. 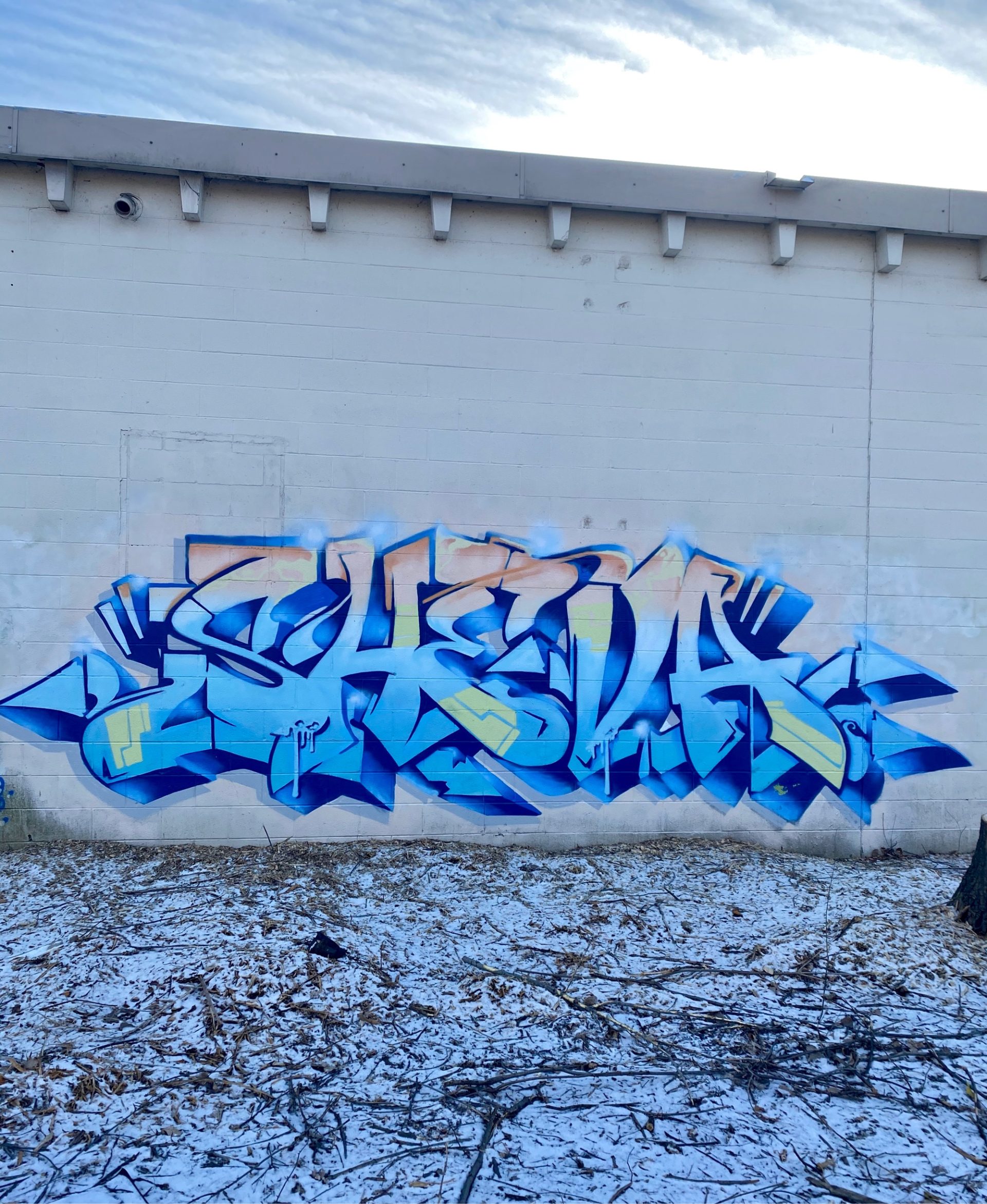 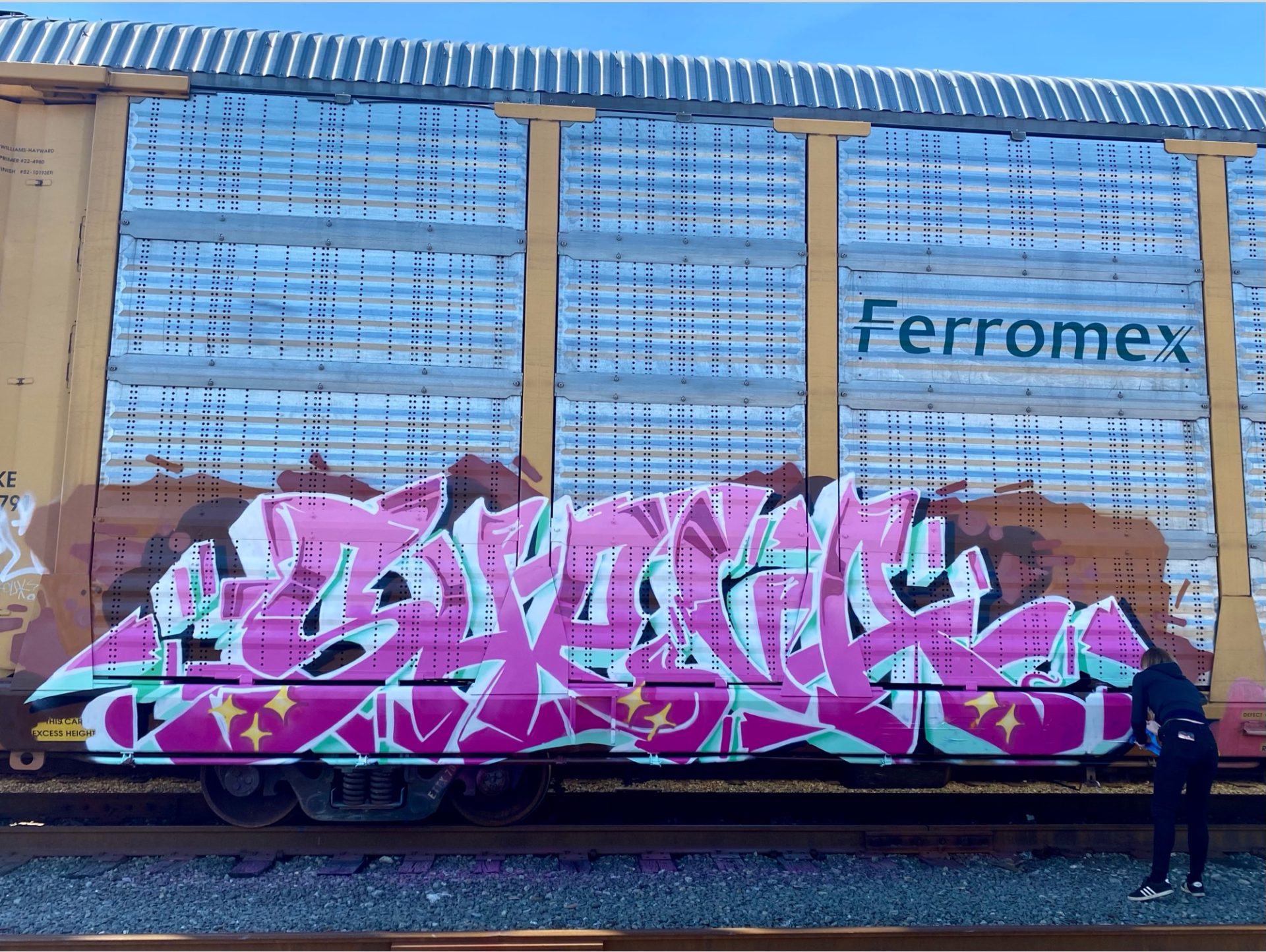 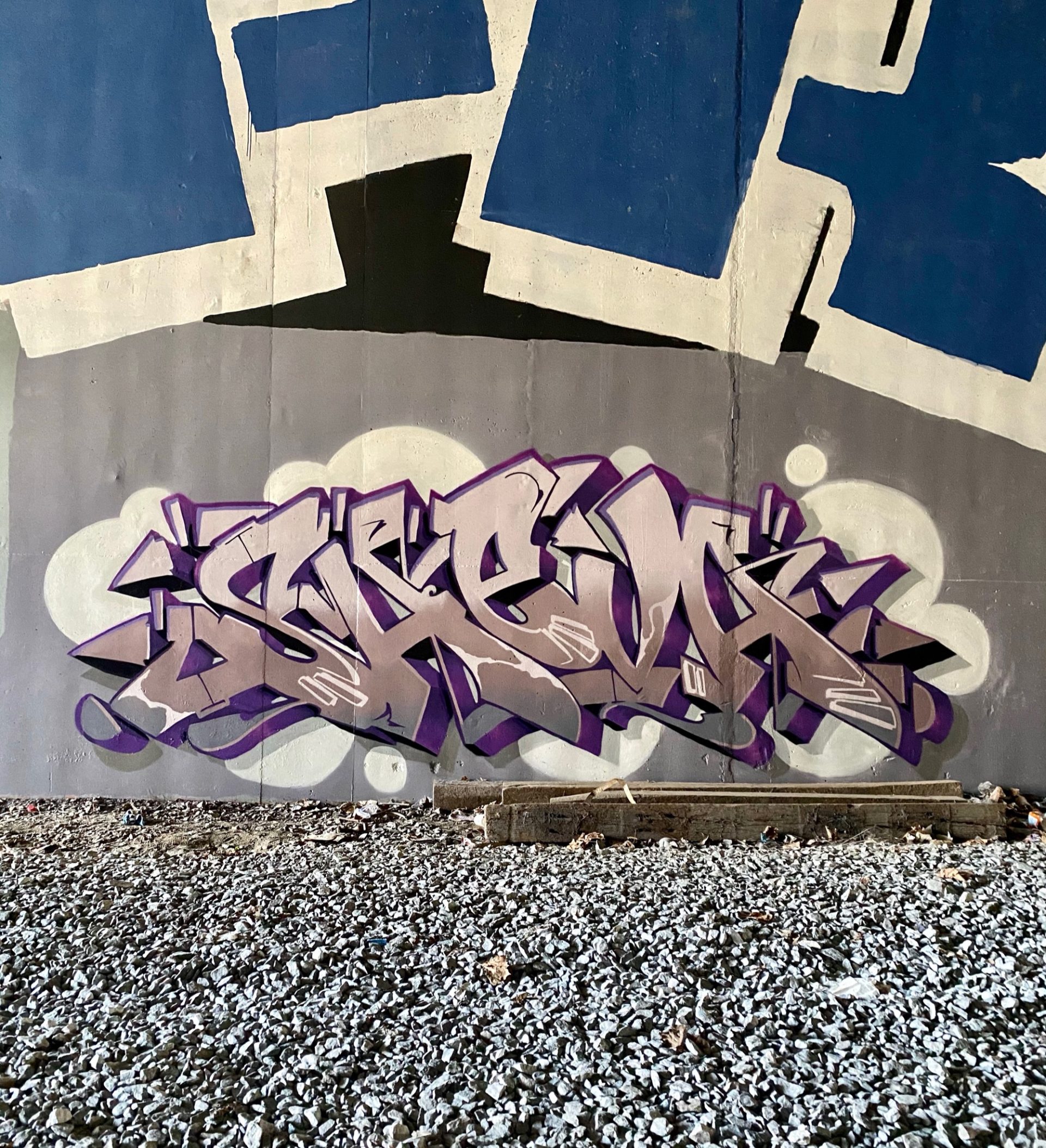 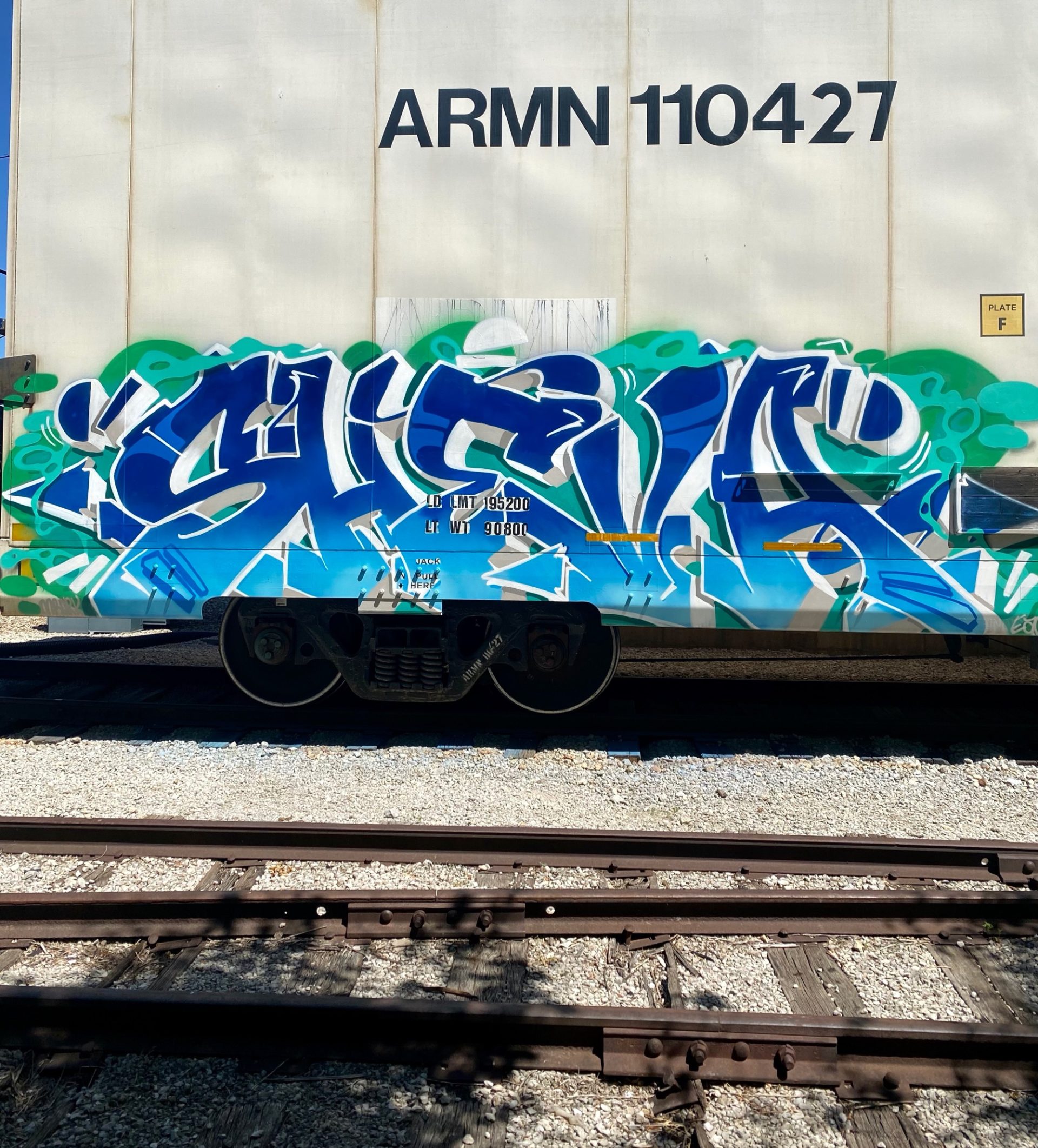 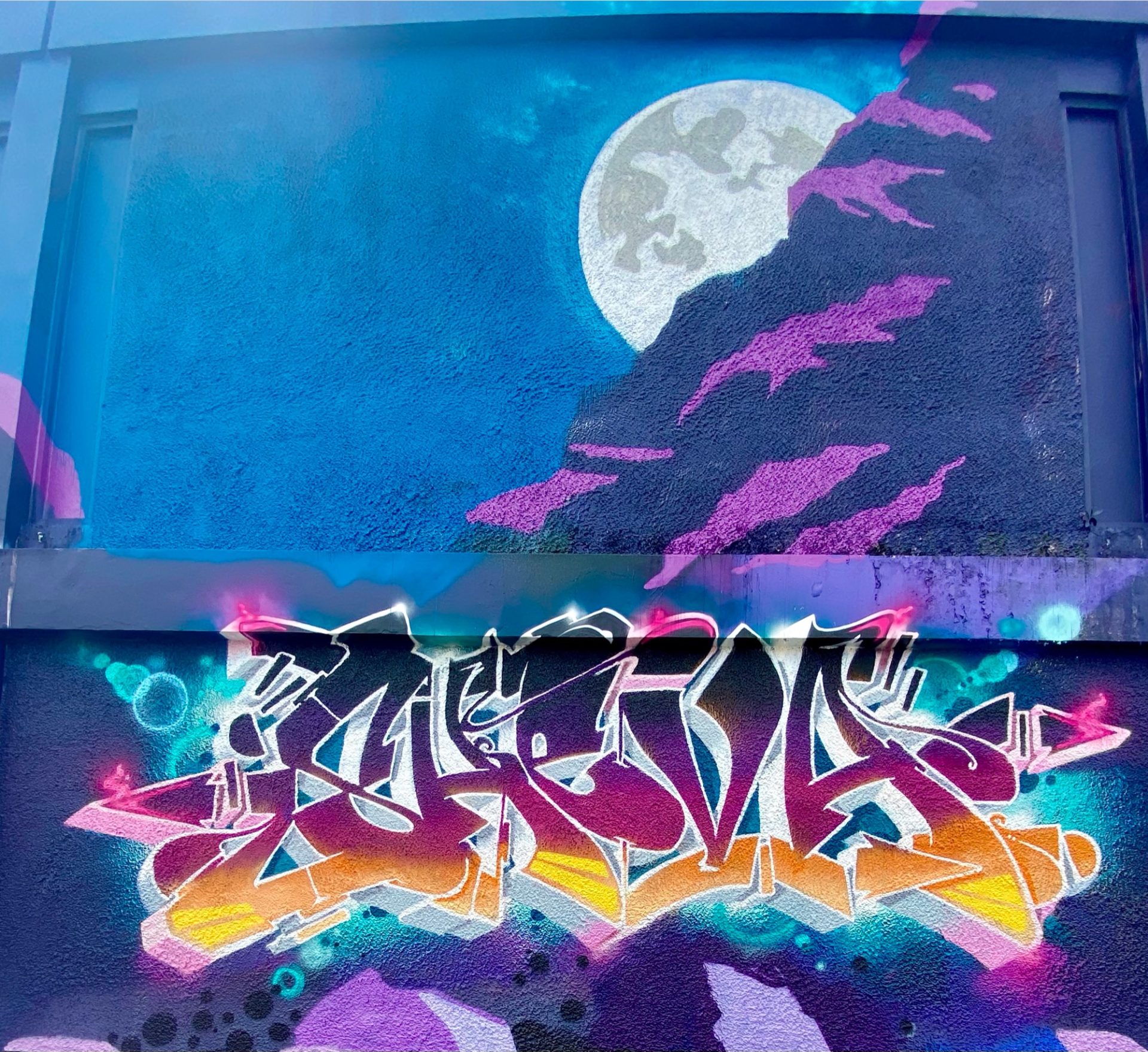 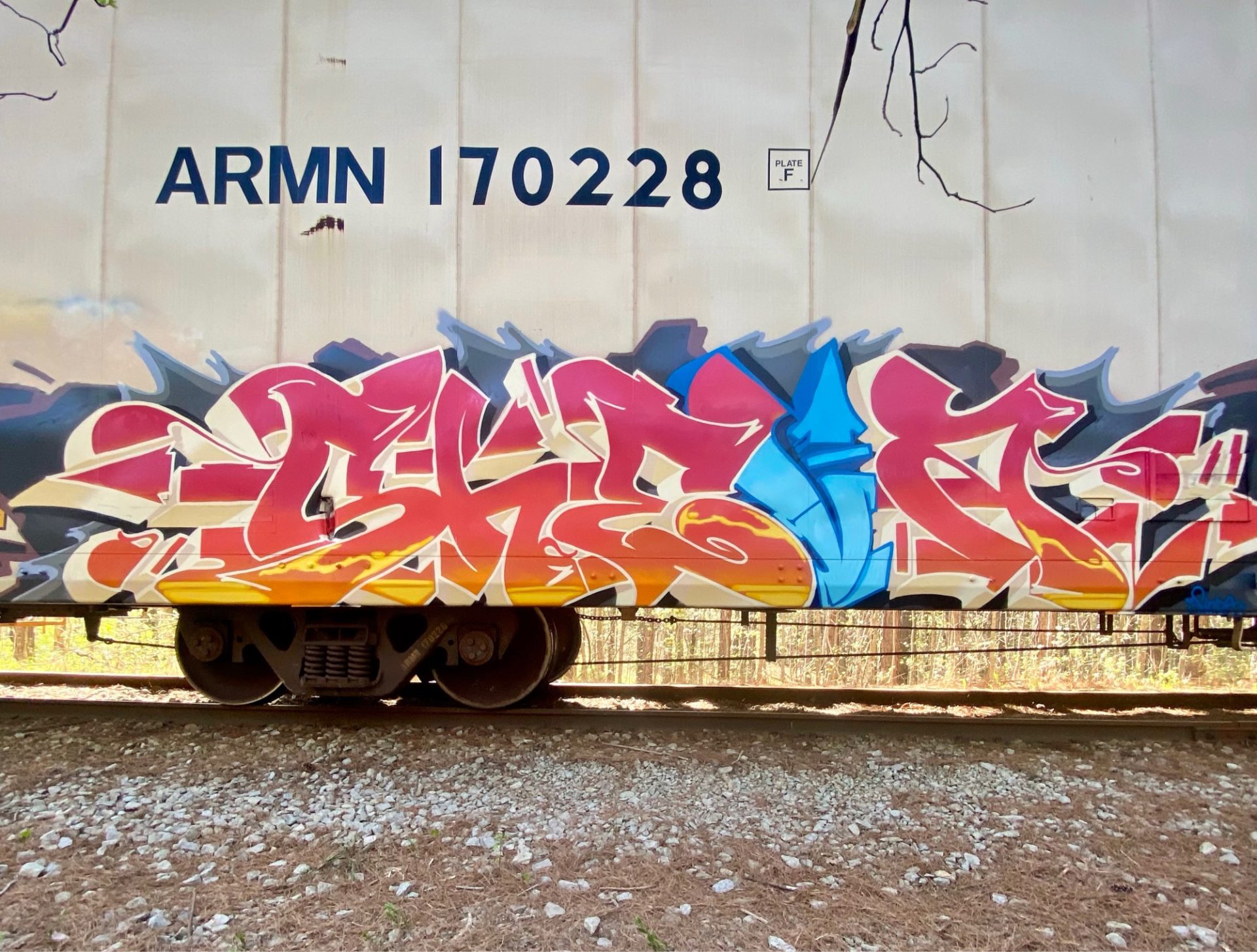 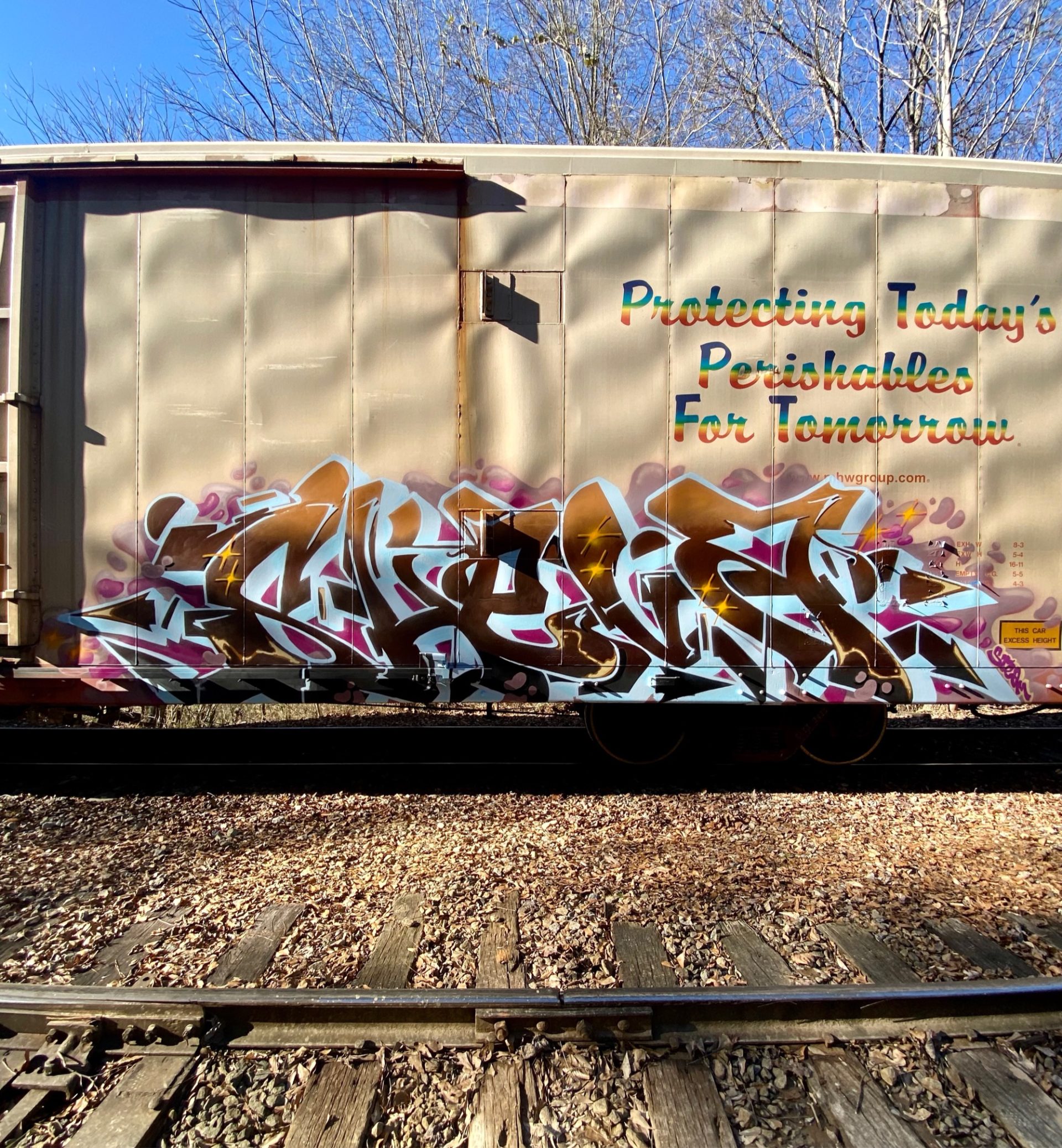 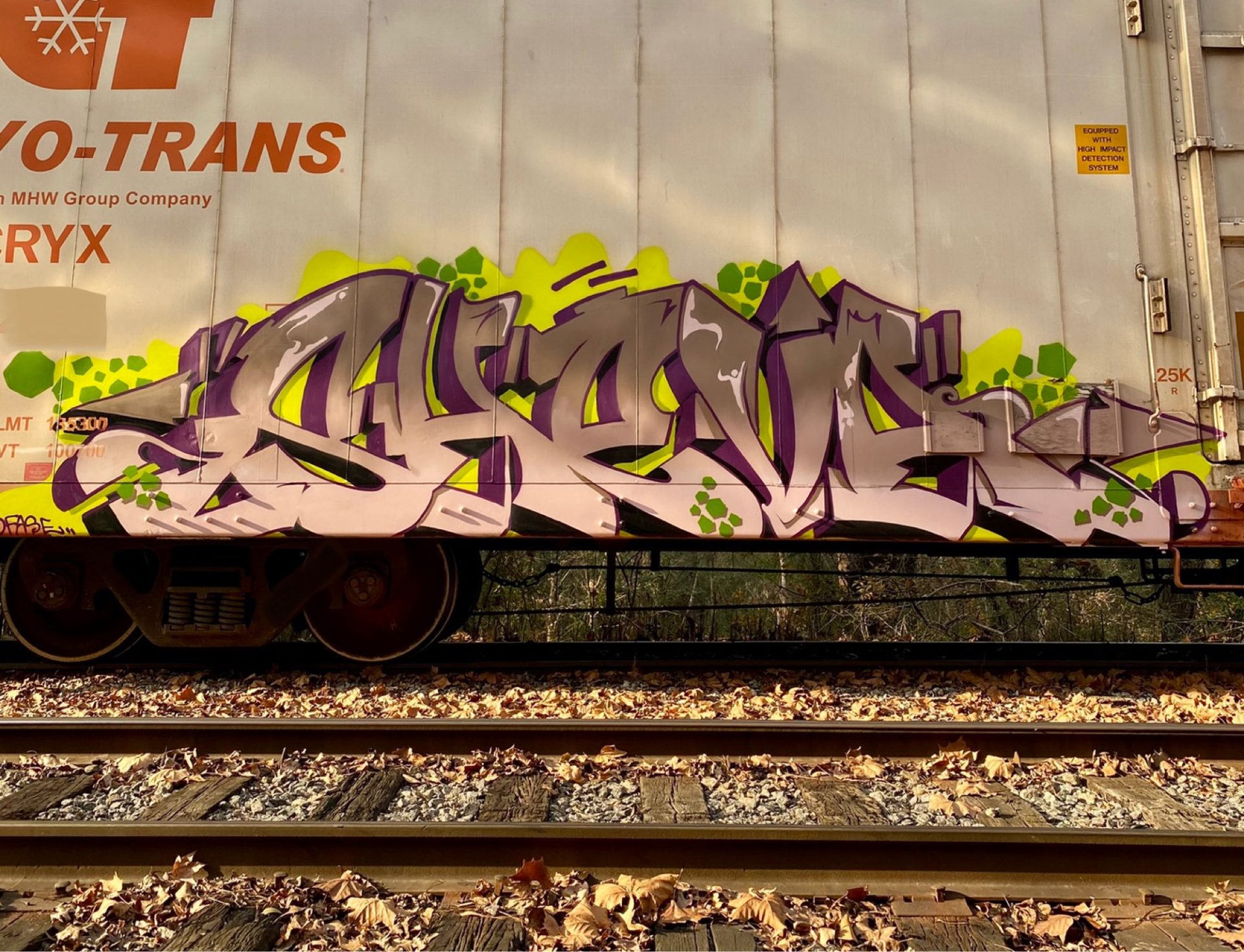 When my dead hand situation started turning into blisters and I was wearing gloves to bed, I moved south. The same energy I put towards graffiti and trains in the freezing north gets me sooooo much farther here! I am endlessly thankful for this privilege, but I have deep roots in Minneapolis and moving was a huge change. When I’m not looking for trains, I try to take advantage of being able to be outside as much as possible. I love learning about the trees for similar historic reasons as the trains. I didn’t grow up around tulip poplars nor beech trees and they’re so epic it breaks my heart. Also, Magnolia trees in bloom are mind-blowing.

Lastly, I like NY fat caps, MSK and started doing graffiti cause I thought it was cool. Shout out to all the boys with feelings.