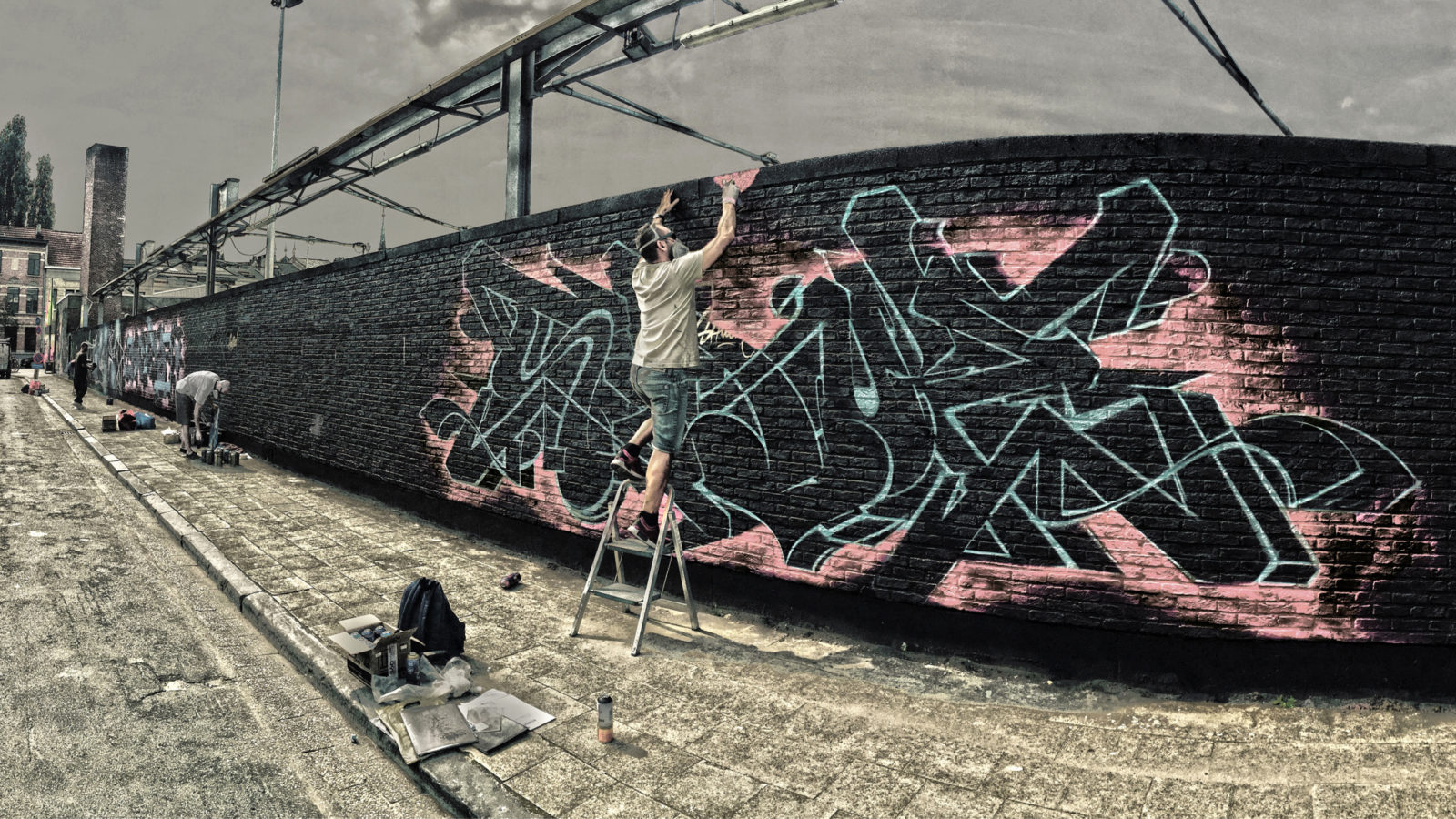 Hello Shuen! We would like to start by asking to tell us about your origins and how did you approach to this culture?

Hello, I am Shuen from Kavala city in Greece and it all started back in the summer of 1998 at the “Saint Barbara” neighborhood. The persons to blame for this were my childhood friends (Sube&Kruel) coming up one day telling me: “This afternoon, we will take spray cans and we will go to the school yard for graffiti”….I followed them and since then I didn’t stop.The first year I changed a lot of tags when in the  middle of 1999 I ended up with the tag “Sue” afterwards adding letters year after year to the final Shuen!

Are you part of a crew? How did you join it?

My first graff crews were the GFE screw & the SWA crew , the ones of all my childhood friends, today lost in time. In 2001 I met Ars2 and we paint some “bombs” together. It was him to suggest me to become a member of the STB crew which till today is my crew and we are great friends. My second crew is a global graff team, the ZNC crew. 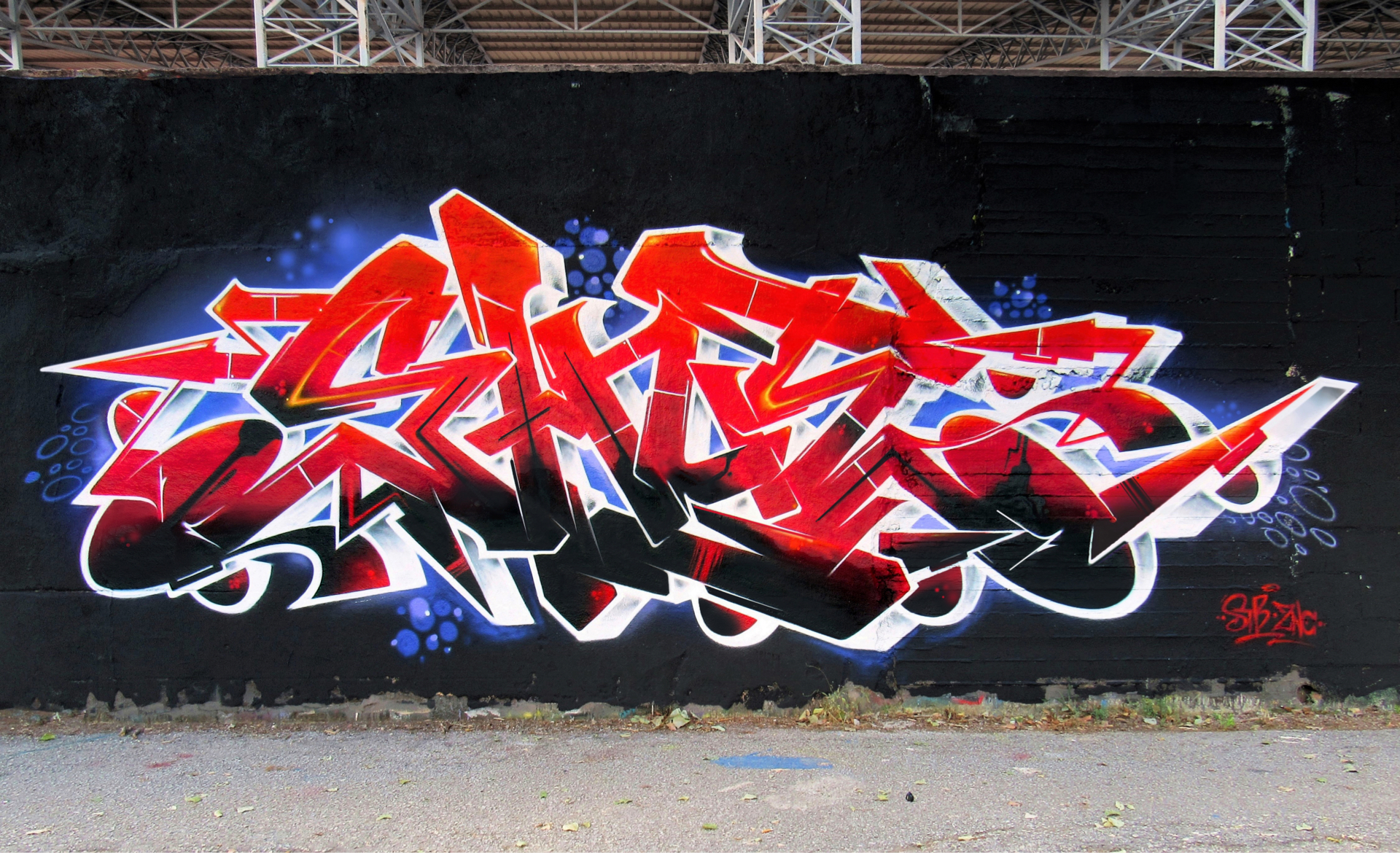 What about the graffiti scene in Greece?

Graffiti scene in Greece is small in our days but with talented graff writers.The “golden” years for the scene were from 1995 to 2005 and after then I don’t know why but the new generation were constantly declining. I’m living in Larisa city the 4th biggest city of Greece which has the same problems as the whole country has; economic problems due to fucking “financial crisis” and the graffiti scene is dead here …something similar is happening in many parts of the country and only Athens and Thessaloniki seems to have a good graff level.

Have you been inspired by anybody over the years?

I think yes,of course and I don’t mean to “copy”. The first years I was inspired from my hometown older graff writers, then when I started to buy Greek graff issues I had new inspirations from national writers like Jasone, Dee71, Live2. Nowadays with Internet I used to watch a lot of graff photos every day and I am sure that when I sketch, without wanting the back place of my mind is affected by the images bombardment!

How did your style evolve over the years? Besides walls, do you use any other supports or techniques?

My style evolved through the needs of each era. In the early years I wanted a simple and fast style for bombing. As the years went by and with many hours of sketching I came up with a standard way to create graff letters. Τhe only way I know how to do graffiti is the classic, nothing more … I’m not a painter. I am a graffiti writer.

Did you learn any lesson from this world?

The first lesson is that through graffiti I learnt to “walk” alone and to distinguish the path to choose. Secondly,I saw that when money enters the world of graffiti it loses a lot of its meaning. I am lucky enough to have a good job so I never needed to see graffiti in a professional way. It gave me more important things than money….Good friends who “open” their houses to me with unforgettable moments and this that’s a priceless value. 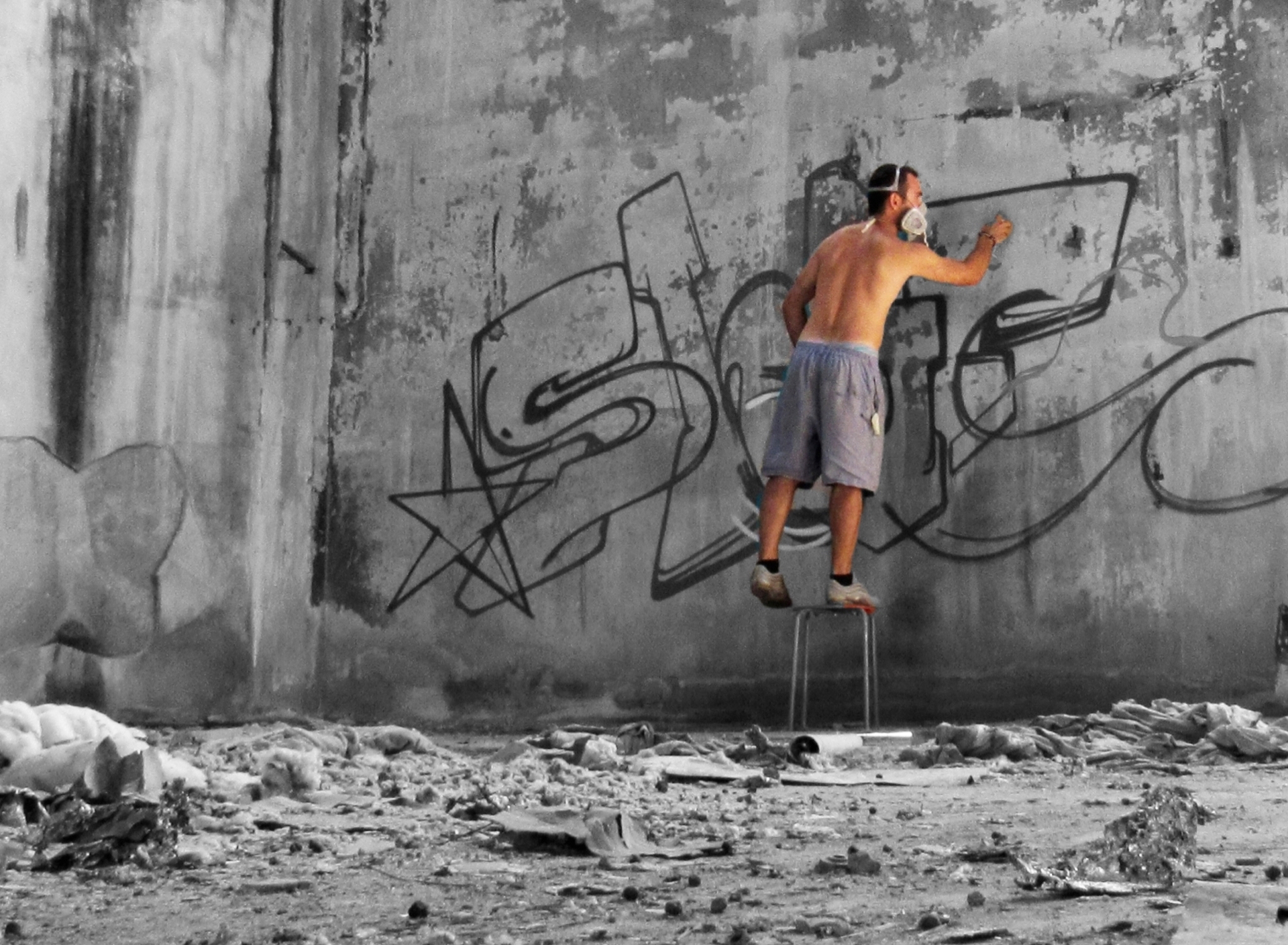 How did you live this pandemic period in Greece? Did you manage to turn it into a productive period anyway?

In Greece we were like the other part of the world affected by this “Covid19” period.The Prime Minister closed everything and forced us to be home. This gave me the opportunity to spend more time with my family and more spare time for sketching. Also because I didn’t work, I had the chance to make several walls in the past 2 months…I was sending a message for supermarket and I was going  for painting on abandoned places!!

Do you have any project for the future?

Yeah, I have the most difficult project on this world…to become a source of inspiration for my child.  For me graffiti is just for fun not a project.

Thank you very much!
Greetings, Shuen.