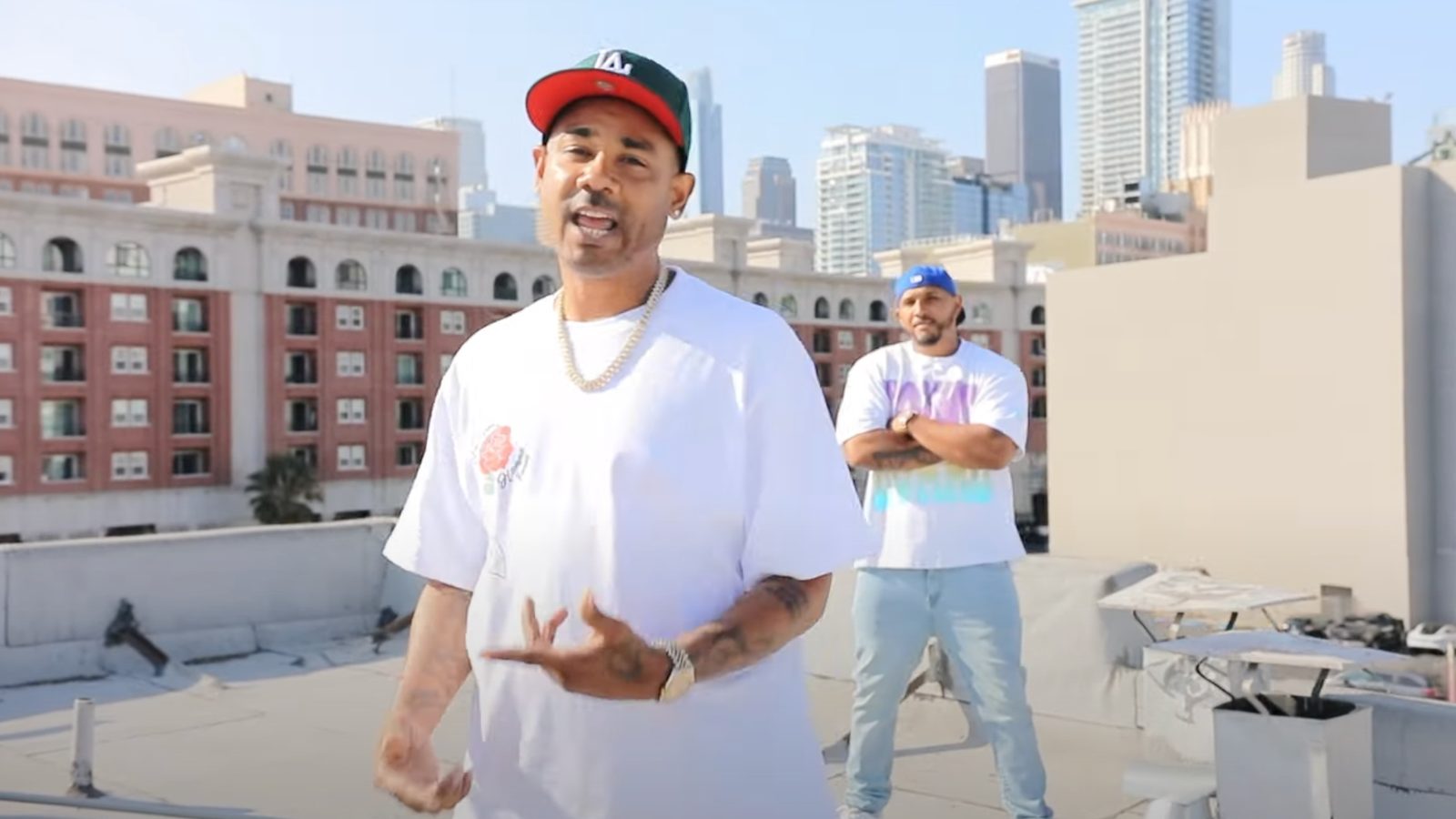 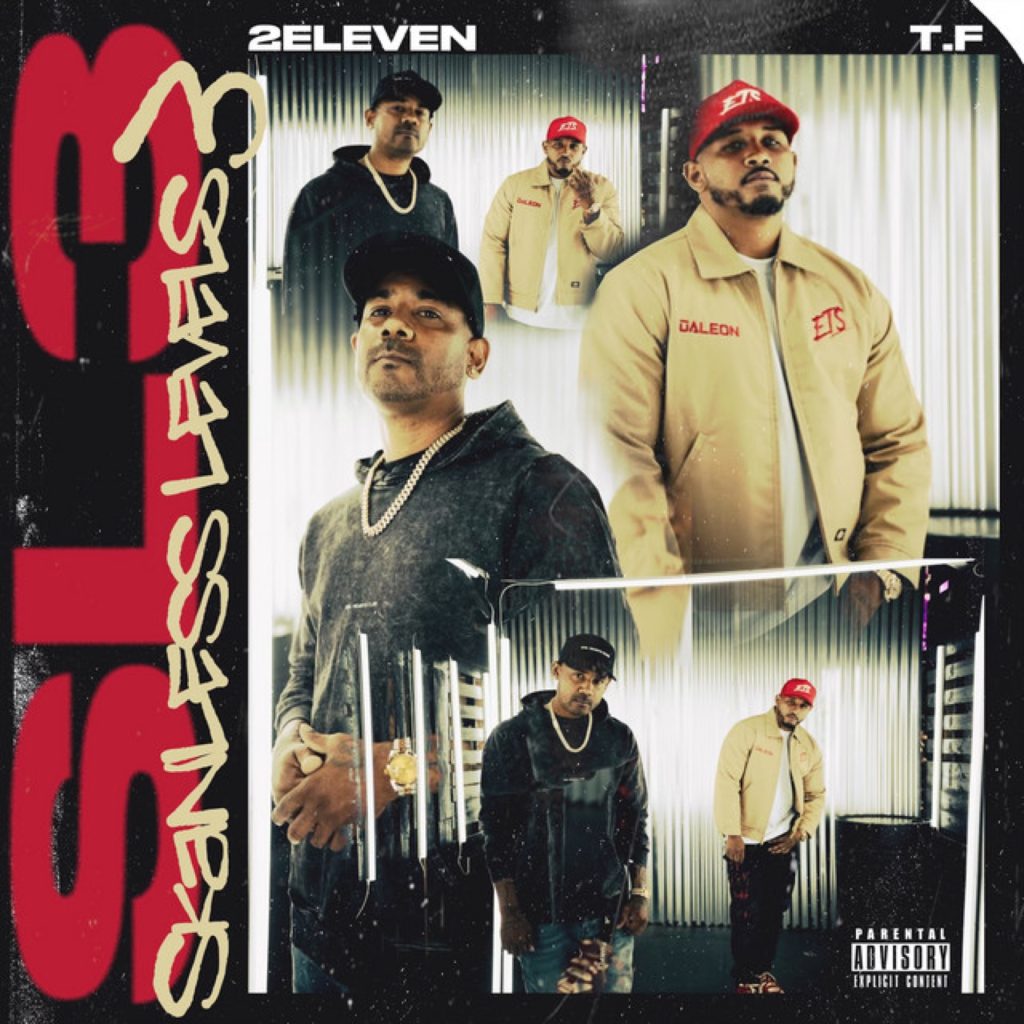 In our opinion, the South Central (Los Angeles) rapper T.F, in a hypothetical prize-giving at the end of the year, would be one of the major candidates to be the M.V.P of this 2022. Already author of one of the best albums of the year’s first half (“Blame Kansas”), the rapper affiliated to the Lord Mobb crew (Flee Lord’s one) and being known in the past thanks to his collaborations with Schoolboy Q, he has now returned protagonist in this hot summer, providing us a perfect soundtrack for the hot temperatures, in Los Angeles style, which are troubling our streets. Backed by Inglewood’s partner-in-rhyme, 2 Eleven a.k.a Deuce Eleven, the two rappers released “Skankless Levels 3”, a follow-up to the already excellent second installment of the series released a few months earlier. 2 Eleven and T.F, despite having grown up in the two infamous City of Angels opposed factions, showed great harmony and finally gave new life and luster to West Coast gangsta rap. 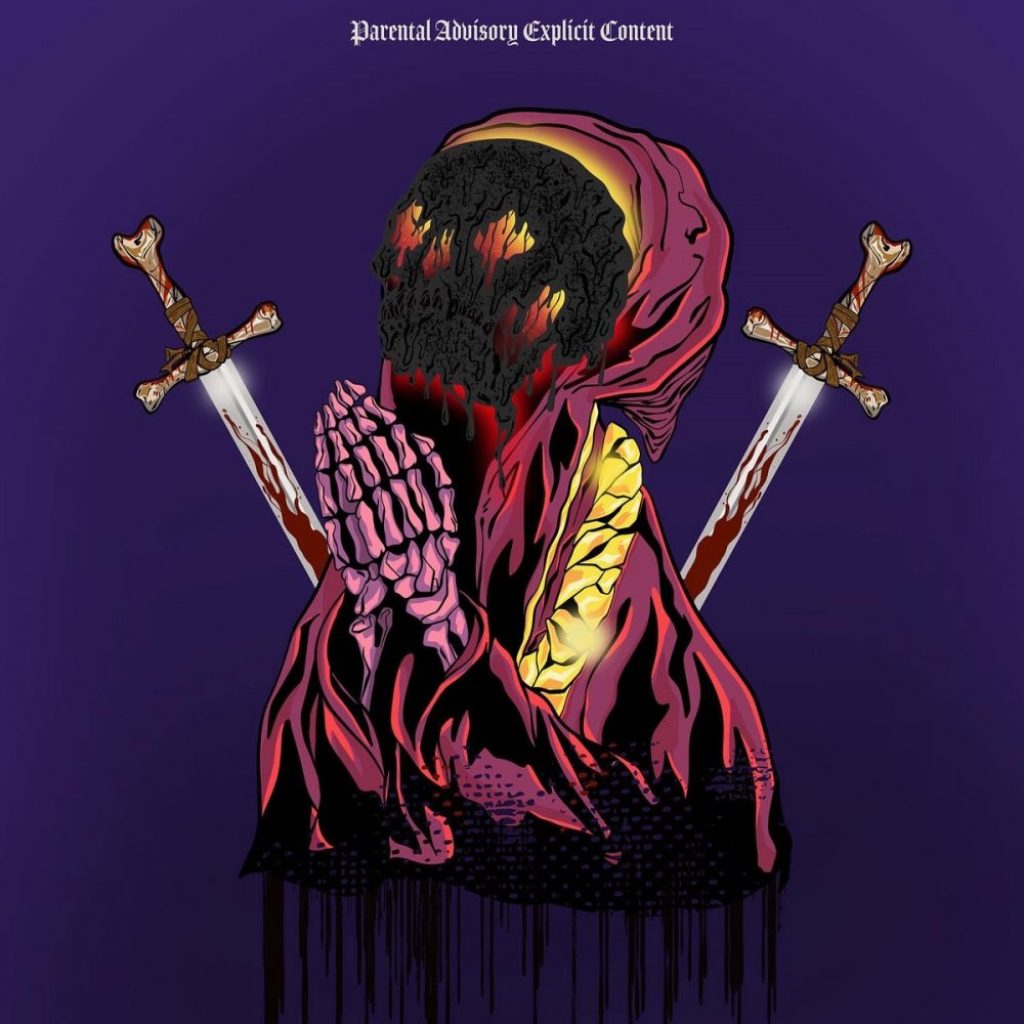 If it is true that it’s impossible to not be fans of the evolution that Conway The Machine has proved in the last couple of years, which led him on the one hand to create his own independent brand, Drumwork, and on the other to a more mature artistic consciousness, culminated with his last touching album “God Don’t Make Mistakes“, we also miss the angry the first Griselda projects Conway. Perhaps He may have needed the enigmatic producer Big Ghost Ltd. and its beats, to bring back the drool in his mouth and that hunger of revenge that , in a few years, transformed the Buffalo rapper into a living legend and one of the best MC’s on planet earth? Or, simply, is Conway now able to wear a different dress for every occasion, whether it is hunting season or gala dinners? Who really knows? In any case, The Machine is now  also proving to possess great leadership qualities giving his Drumwork team the opportunity to shine in each new project.

Listen to "What Has Been Blessed Cannot Be Cursed" 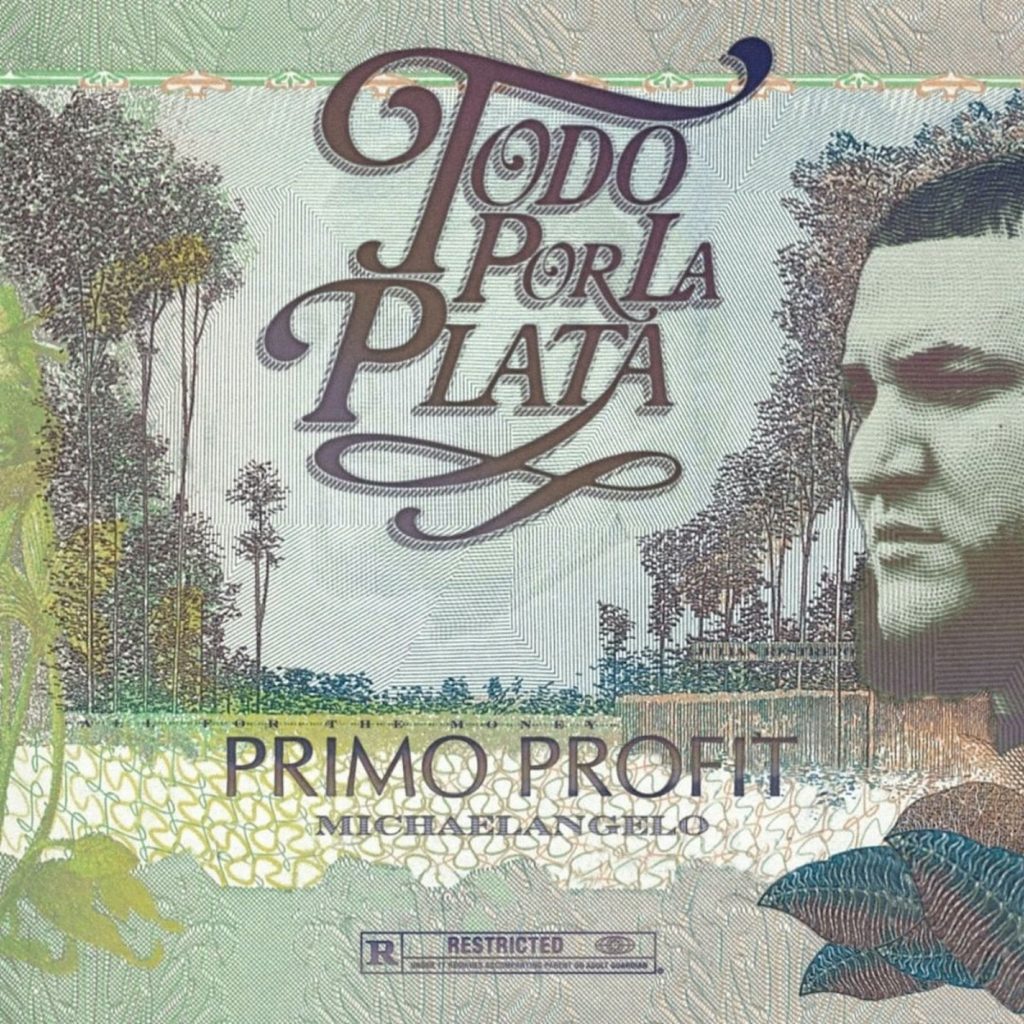 Despite the bitterness for the NBA Finals that has just ended, the city of Boston can be said to be satisfied with the glorious city team, which has finally returned to play on stages that compete to its history. Similarly, the capital of Massachusetts can boast an increasingly strong and rich renewed Hip-Hop scene, both at a more popular level and in the underground scene. The “white and green” roster of the Boston underground hip-hop can count on extremely good producers and MC’s, such as MichaelAngelo, beatmaker of italian origins and Primo Profit, rapper that represents the large Colombian community of East-Boston. Todo Por La Plata showcases the qualities of its two protagonists: on the one hand the Primo Profit’s raw street rap and Boricua pride, on the other the dark-hued soundtrack perfectly composed by MichaelAngelo for the Colombian rapper rhymes. 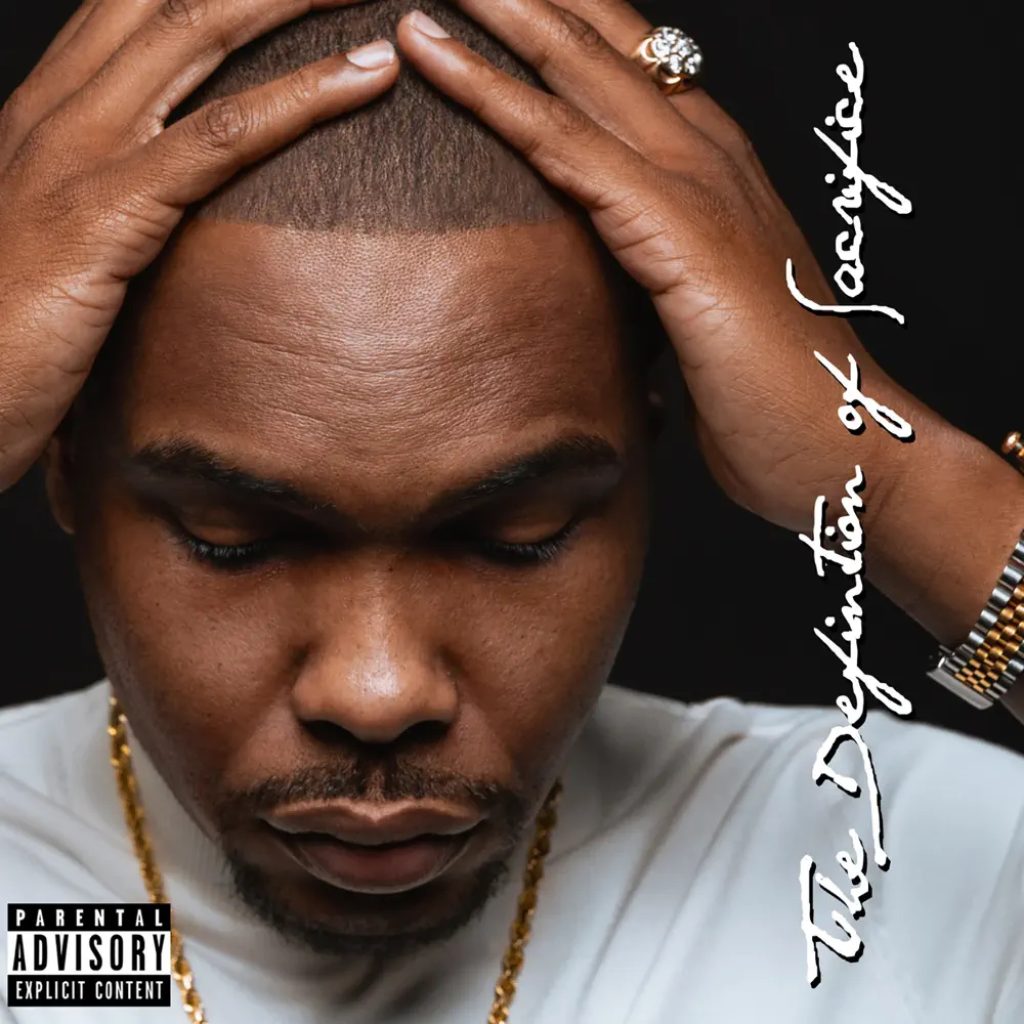 The marathon of the late Nipsey Hussle (R.I.P) must continue at all costs, it is the imperative of his loyal disciples, including the Long Beach rapper, J-Stone who, after “Definition Of Loyalty” and “Definition of Pain”, released the third volume of the trilogy, entitled “Definition Of Sacrifice“. J-Stone with his Rap carries on those integral values ​​of which Nipsey had become a worldwide spokesman, before being meanly killed by a member of the same community that the rapper had defended and tried to level up at all costs. In Definition of Sacrifice, as in previous episodes, J-Stone demonstrates the ability of adapting to different musical atmospheres, without distorting his message and continuing to wave the checkered flag inherited from Nipsey Hussle.

Listen to "Definition Of Sacrifice" 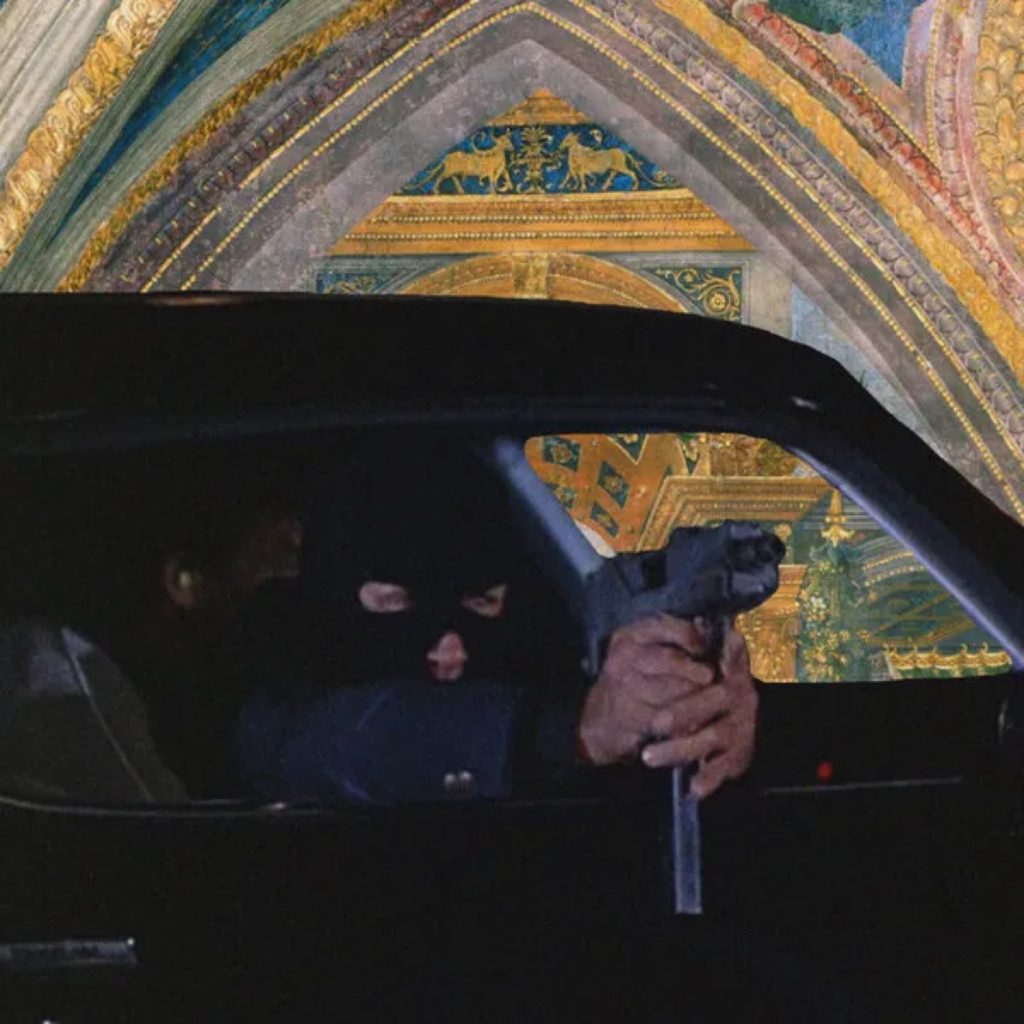 The young rapper from Buffalo, NY,  is once again featured in our monthly tips column this month. Although we always try to propose and recommend to y’all always some new names, we had to include this new ElCamino project again in this round of reviews. In fact, unlike many colleagues committed to recovering the tours lost during the last 2 years of the pandemic, ElCamino has been remaining extremely focused on his music and side-businesses. The results are evident. His new tape, ElCamino 3, demonstrates an ever greater ability to self-produce quality works, from the beats selection and the producers recruited, such as Harry Fraud, Cee Gee or Camoflauge Monk, to the featurings (38 .Spesh, Jay Worthy, A$AP Ant, King Ralph and Loveboat Luciano) and an effective song sequencing. 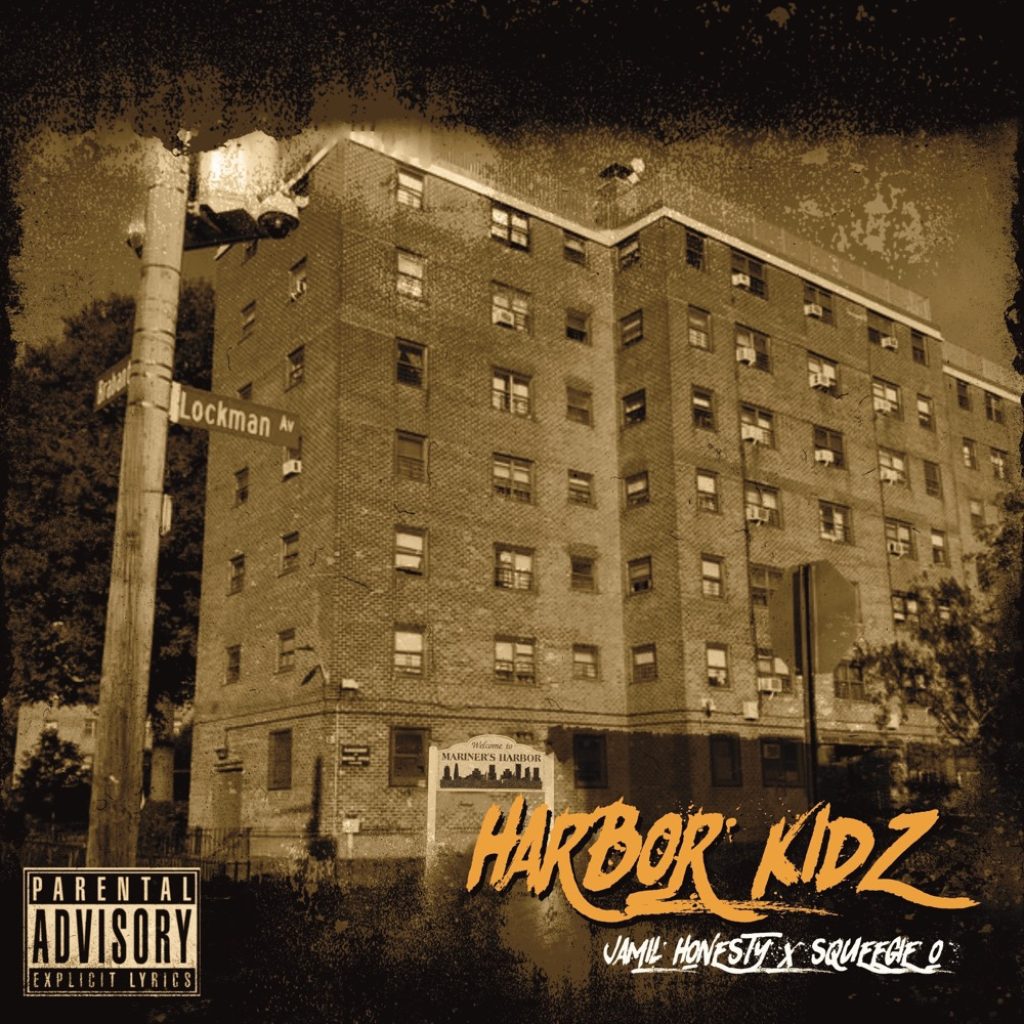 Jamil Honesty and Squeegie O pay homage to the Mariners Harbor projects complex in Staten Island, the New York borough put on the map by the Wu-Tang Clan. It is in these buildings that both the MC’s authors of this project, entitled Harbor Kidz, grew up, despite Jamil Honesty having actually moved to Baltimore, Maryland for some time. Those who have nostalgia for the Big Apple’s classic sounds will surely appreciate this album, where the two rappers exchange verses at the microphone demonstrating their skills and sharing the stories about the hood that shaped them during their youth.

VEUST, once also known as Veust Lyricist is a veteran of the French Riviera Rap scene, originally from Vallauris, a neighborhood between Nice and Cannes. Despite having in the years eliminated “lyricist” from his stage name, this is the qualification and main characteristic that best suits him after a twenty-year career. The sharp and ironic rhymes and the navigated flow that are part of his repertoire , in fact, guarantee to him of being able to ride any type of beat and sound, still maintaining a high quality as regards his lyrical skills. It is no coincidence that his new project entitled CE BON VIEUX VEUVEU also boasts the participation of first-grade lyricists such as Alpha Wann, Infinit’ and Akhenaton of IAM. 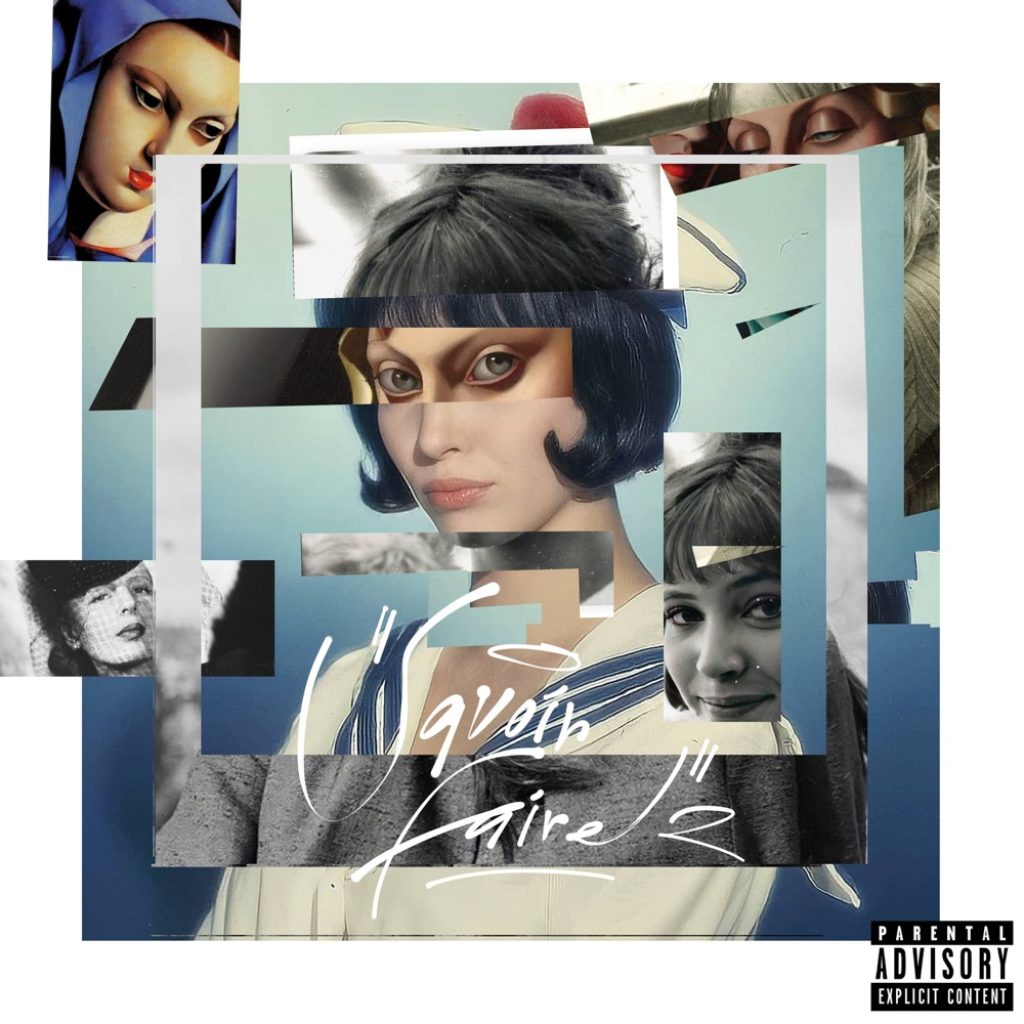 The influence that Griselda Records and Roc Marciano have had on underground Hip-Hop has reached every corner of the globe, inspiring Mc’s and beatmakers of all nationalities. So also in the Spanish capital, Madrid, drumless loops, samples, bars, a 360-degree artistic aesthetic (from video clips to artwork) and greater focus and care for the physical product, have found their valid interpreters. The Madrid MC, SD Kong, thanks to the various projects released in the last couple of years, respecting this formula that revisits and refreshes the Rap of the 90s, has certainly become one of the leading exponents of this “renaissance” in Spain, as was El Greco ​​in the sixteenth century. If you love this current wave, listen to his latest work, Savoir Faire 2, accompanied by the beautiful productions of C. Spaulding, which also sees the international collaborations of, among others, the Afro-French rapper Benjamin Epps and the MC of the Bronx, The Musalini.