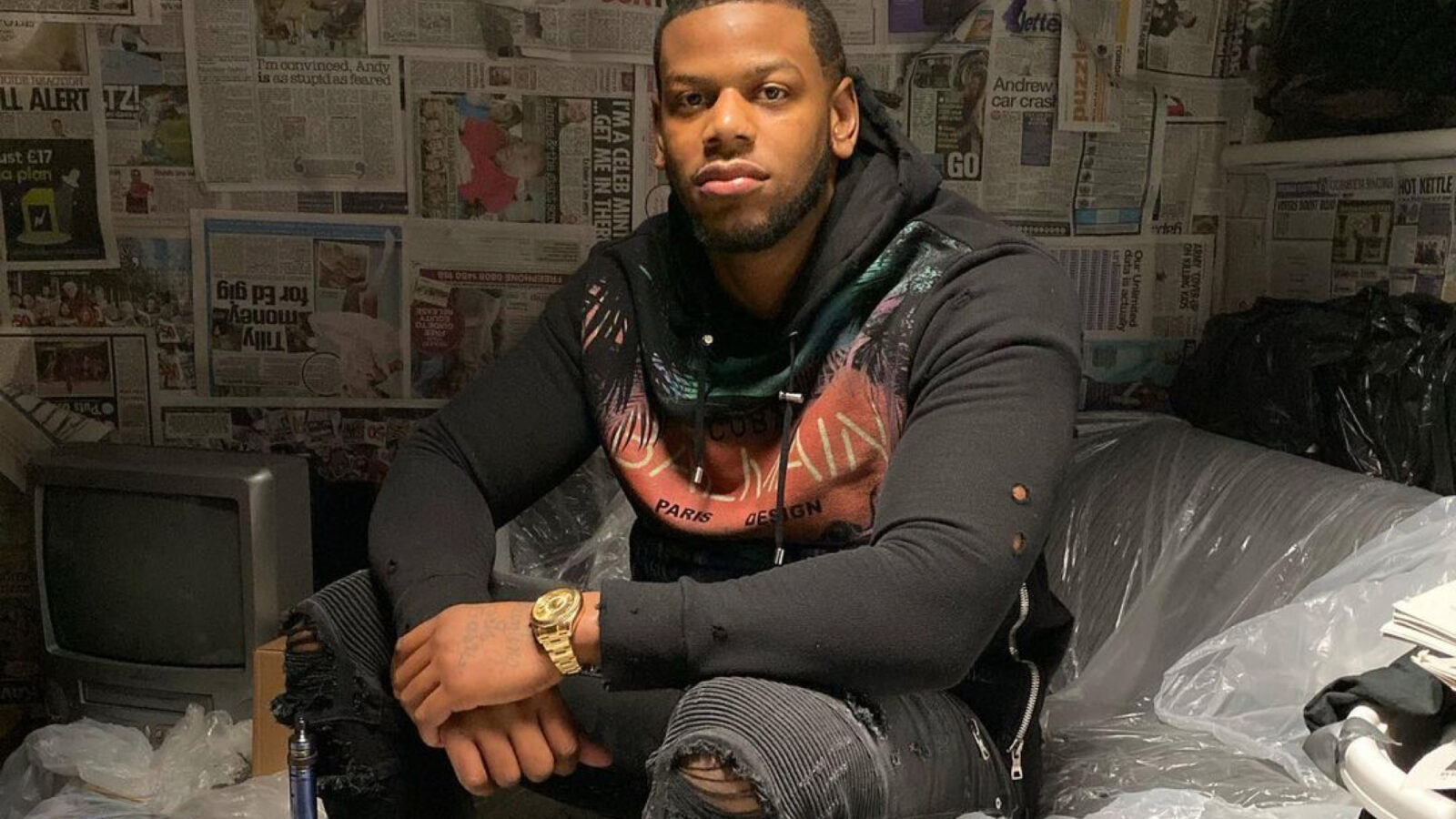 ThrowUp Magazine today is going to take you to London, beating heart of the European Hip Hop culture, especially since it has exploded the UK Drill wave, a sub-genre that has now become a global trend.

But moving away from the hot trend of the moment, we want to bring you to Hackney, a neighborhood in the north-east of the English capital, and in particular in the Clapton project houses, hometown of the rapper Rimzee.

In fact, Rimzee is an artist who actually knows how it works when you have to climb the ranks from the bottom. He is an eloquent representative of the UK Rap scene and, at the moment, he is, undoubtedly, one of the main references, at least in England, among the rappers who actually rap.

Rimzee‘s career began in 2010, finding his own space in the English scene thanks to some “freestyle” songs, and already demonstrating a natural predisposition towards writing as a kid, with an attitude that will make him unique in the following years. The young Londoner talent was already a sensation when the song “2010 freestyle” emerged: a track that logically was still sounding somehow immature, but which already showed the promising talent of Rimzee, who thymed very well on the beat of “That’s Life”, produced by J.Cardim for the American rapper Termanology. The success of “2010 freestyle” was accompanied by other singles, such as “Here I Am”, released shortly after and collected, along with other tracks, in the first official project released in 2012: “The Upper Clapton Dream mixtape”. The debut that definitively confirmed his great and still not fully expressed potential and put the young Rimzee in the spotlight.

As can be denoted from the title, “The Upper Clapton Dream” revolves around the Rimzee’s neighborhood as the young rapper was capable of telling its own reality through an authentic and credible storytelling transporting us, at least for forty minutes, in some of the streets of London that you won’t see on “postcards”.

In fact, the first mixtape of the London rapper “photographed” the darker and gloomy side of the English capital, comparable to some of the depressed contexts of the US ghettos. This vision is described and summarized in its best way through “Hard Life“, undoubtedly one of the most successful songs of the album, still acclaimed by his audience. In addition to some social aspects, the self-referential side of rap is obviously not overlooked, giving a close view of the path and the “struggle” that Rimzee went through, before finding himself towards a successful career.

2012 would have been, therefore, the year of the turning point but, unfortunately for Rimzee, it wasn’t it in a positive sense. Indeed, the Clapton rapper was sentenced to 13 years of prison for shooting an off-duty police car in one of Hackney’s main streets. A launched career was almost wiped out.

I was young at the time. I had to pay the consequences for my actions. Prison was like college for me. I learned to know myself better and met people with different cultures and backgrounds who made me grow up

The grit and the desire for revenge and to get back into the game exude as never before in his latest project, published in 2020: “Upper Clapton Dream 2”.

The second album, in addition to containing an evident maturity compared to the 2012 first chapter of the Upper Clapton Dream series, also represents a clear musical evolution by the Clapton rapper, as can be seen, above all, from the collaboration with a face already known by the ThrowUp Magazine readers: M24.

“Xabsi” is, indeed, the piece in question, which demonstrates how fresh Rimzee can be and keep pace with an innovative wave drill without being banal, reinventing itself and not remaining anchored to one and only sound. Xabsi is also a Somali word that means prison, which obviously makes the idea of ​​the concept of the song in relation to the hard past of Rimzee.

Upper Clapton Dream 2” is just the starting point for an inspired Rimzee like never before, which to definitively confirm its long-awaited return, inaugurates its 2021 with the single “Split Decisions”.

Rimzee is currently one of the most interesting faces in the UK Rap scene to keep an eye on, with a talent yet to be fully demonstrated. The living demonstration of how the mistakes made in one’s life can be used as tools of revenge and social redemption.