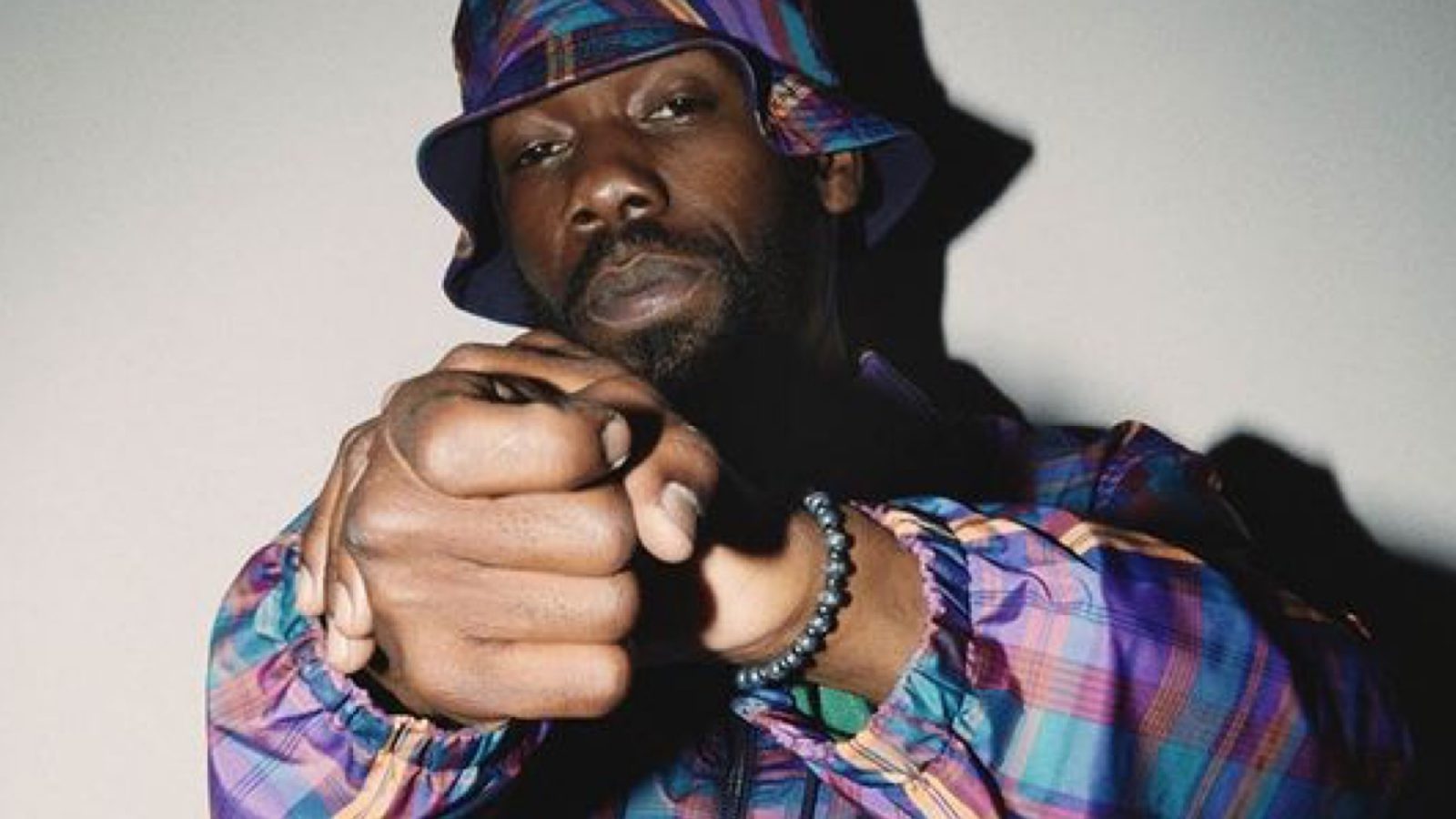 Hi Tedax, thank you for your time and willingness to answer our questions. First we would like to ask you something about your history and cultural background. How old are you? And what was it like growing up in Lyon for you?

TEDAX MAX: “I’m Tedax, originally from Lyon, Guillotière area, Place du Pont / Place Voltaire. Age is not important in my eyes, so I will tell you a little … I can tell you that I have been in my twenties for a while, just to give you an idea lol. I’ve been in Lyon since I was one year old and moved to the Piazza Voltaire area when I was 5. There I grew up and lived in a neighborhood in the city center, growing up between two different worlds and cultures. Lyon is a beautiful city and I am very fond of it. For me it is the capital of France.”

Instead, how did you approach Hip Hop and when did you start making your first rhymes? And what was the path that led you to your Forme Olympique debut?

TEDAX MAX: “Actually, I started getting into rap as a first-time listener. As a child I loved music and listened to a lot of it. I am also of Congolese nationality and here in France it is well known that music is deeply rooted in us, from a cultural point of view. So music was my everyday life every day, from a young age. But it is towards my 7-8 years that I really oriented myself towards rap ”.

I read a lot of magazines about Rap. I was fascinated by the fact that it was one thing of blacks and Arabs as down in our streets. They dressed and talked like us and therefore I was fully taken by this movement.

“I continued to research rap until the age of 18, when I wrote my first lyrics, along with a friend with whom I later formed a group. We felt like we were lit and from there we had to keep writing songs, and from there it started.
I’ve been doing Rap for a long time, but I was doing it right for me and my partners. I decided to get serious by publishing video clips and my songs on streaming platforms only from 2020 with “Maxaveli”. I released a series of singles up to the first “Olympic form” project.

“Forme Olympique: Middle Season” has just been released, the sequel to your first solo album, Forme Olympique. Tell us how the idea for this “series” was born and what the meaning of its title and “concept” is. Are there any tracks you are particularly fond of?

TEDAX MAX: “The idea of ​​the name came to me as if it didn’t necessarily have to be related to its musical content. Basically, it didn’t have to be a project. We had a surplus of songs and in order not to have to discard them, we said to ourselves why not put them in one and the same project.

From here, I found the name “Forme Olympique”, which is the perfect form for an athlete, to symbolize when you are in great shape and ready. Moreover, it also has a meaning in relation to my city Lyon, and his great team “Olympique Lyonnais”.

A wink to my city and the club we support and, finally, also a reference to the Gods of Olympus and mythology, which I adore, but which I have referred to especially in terms of imagery and in the cover.

“Arrivederci” is one of my favorite songs on the project as well as “Long Beach”.

Let’s stay on “Forme Olympique: Middle Season” and in particular on the album cover which very often attracts the attention of the listener. Does it have a precise meaning or a particular symbology also in relation to the contents of the album?

TEDAX MAX: “Compared to the first project, the cover here has a certain relationship with the content.
I used the same ingredients as in the first chapter. But we had to push the delirium to the next level by calling Dan Shizen who is known for his Pen & Pixel works, a process used extensively for the covers by rappers from the South of the United States.

“And at the same time, the productions of the project sound, in some ways, like that of the southern states of America, with pieces that work their way (O. Gyssé, Thomas & Laimbeer, Goodbye), or with songs like Long Beach in west coast style. Covers and contents go hand in hand, in my opinion ”.

Although you are an emerging rapper, you are already enjoying great success thanks to the two projects published recently. Is it difficult to emerge in such a competitive music market like the French one? What’s your strategy for finding your space?

TEDAX MAX: “I will answer you: yes and no. There are too many things to take into account. What is certain is that today you can be online and manage your business by yourself and from your phone. Everyone has his own way of seeing and doing things. I will speak for what concerns me and I think that I am in a very under-exploited or undervalued niche right now, but that is coming back very strong.

In France, a lot of good MCs are emerging that rock. There is a return of those who make raw rap and those who breathe fire with bars and lyricists. Little by little they are returning and I am definitely in this wave.
The proof that it works is that we are talking about us.

I am not bandwagoning on something, I have always remained faithful to what I did, and little by little, the work bears fruit. I think there is room for everyone if everyone stays in their place. If we managed to stand out it is because we did our thing, without looking at what works and what doesn’t.

Certainly, an important step was your participation in the well-known “Colors” format. How was this collaboration born?

TEDAX MAX: “Yes, Colors worked in my favor in terms of visibility. It is a very large platform and it is an honor for an artist like me to have participated. Well, listen, it just worked like this, they got in touch with me and asked me to participate and do a performance for them, I accepted and you know the rest … “J’ai Te Jure”

After a 2021 full of satisfactions, do you still have some material ready to publish or ideas for new projects coming out soon?

TEDAX MAX: “Yes yes it’s far from over. We still have many things to offer, at the moment we are working on the last section of “Forme Olympique” for before 2022. Then we will see … ”

Let’s go a little deeper into your world of rhymes, music and flows. Are there any artists you were inspired by or are you still inspired by? Our impression is that your approach, especially in terms of flow and metrics, is close to that of the big names of the old school, with the addition of fresh sounds of your generation. Can you confirm?

TEDAX MAX: “In fact, I have a lot of influences in terms of Rap and even music. I am a child of the great era of Rap. The period of the lyricists and those who performed live. I couldn’t just name a few names. But overall yes, my world is a great mix of Dipset and Mobb Deep and the whole QueensBridge school. The flashy and trendy side of the guys from Manhattan or Brooklyn and the grimey and infamous side of Queens, the Bronx, Staten Island or Yonkers. And it includes all of New York and a slew of artists who built me. But I’m not that old, I consumed a lot of West Coast or Memphis rap, I could name a bunch of artists.

And in France it’s the same: my biggest influence are rappers from the 90s to 2010. I listen to everything even though I’m a Rap fan. So in my way of doing things I picked up on this thing from these school of lyricists and people who rocks with bars, but yes, I try to adapt myself, too, to current productions.

“Not for strategy, but precisely because I really like what’s there today. And also in current New York rap there are guys who inspire me and I love them like team Griselda, Musalini, Rome Streetz (one of my favorites) Sha hef, Fly Anakin and all the Mutant Academy, Roc Marciano, Meyhem Lauren, FleeLord, Eto , RJ payne, Westside Parlé, Navy Blue, SmokeDza, Planet Asia, guys who aren’t necessarily from New York but who are strong in this stuff Boldy James, Freddie Gibbs, Willie the Kid. Of course, Larry June, Curren$y, is one of my favorites, Ankhlejon is a monster.
But I listen to too many things, I think I could spend hours naming you names ”.

As you may have seen, we are always very interested in discovering new interesting and stimulating underground realities. With particular attention to your city, are there any emerging artists who, in your opinion, deserve greater visibility or who will emerge soon?

TEDAX MAX: Yes, I suggest you to open your eyes widely on my boy LawsBabyface, it is not just because he is my “potò” (brother). He’s really talented as he has a universe of his own, that he masters from A to Z. He’s a great rapper. He’s obviously from my city and he is in my latest project in the song “Thomas & Laimbeer”. I also have other songs along with those slightly older “Taga” clips. Otherwise in Paris there are guys like BlazPit, Ratu $, Souffrance or Double Zulu who deserve much more in terms of visibility and that I find very strong. Dig deeper into them, too!