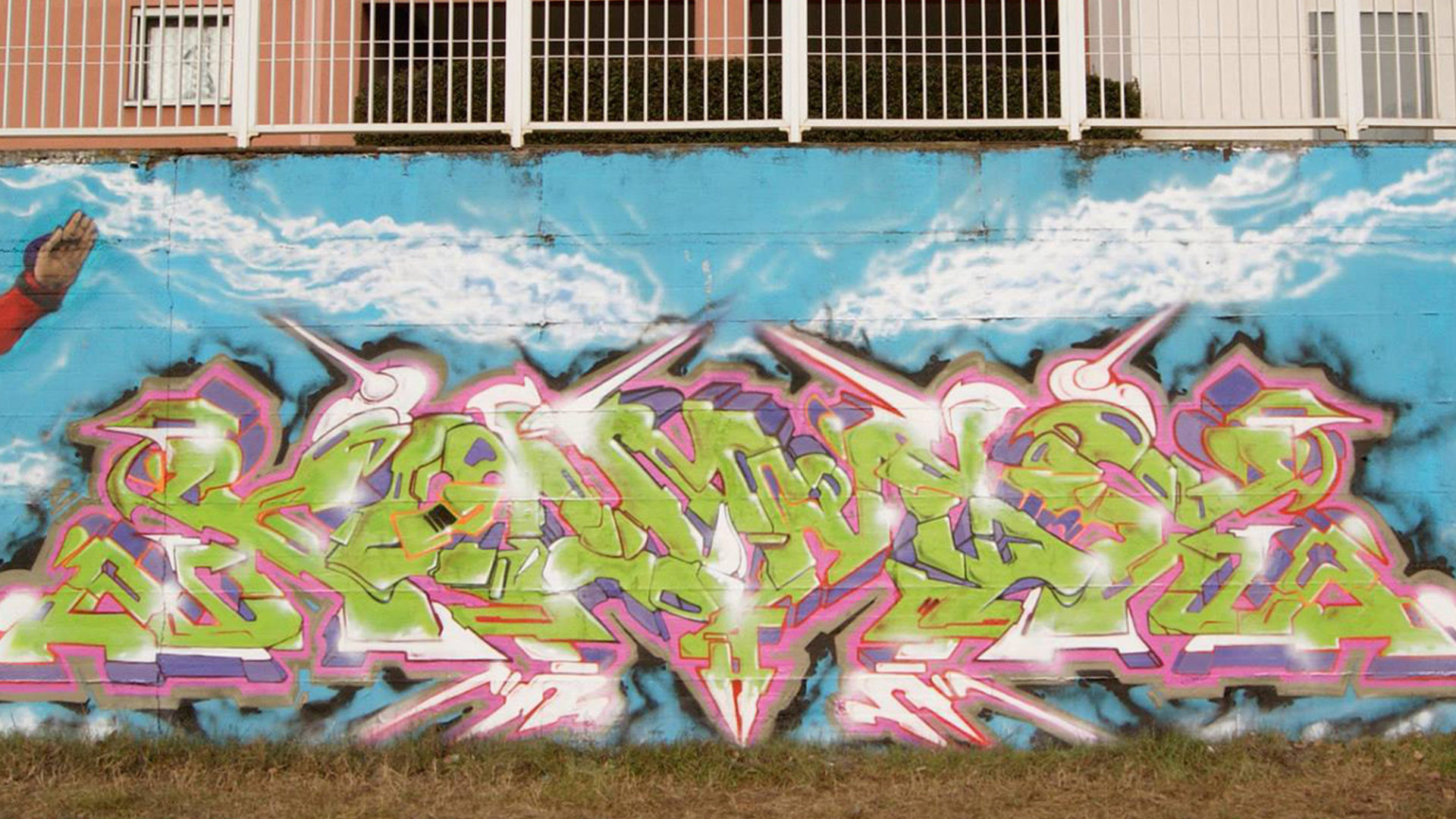 Since he was a kid he always used to carry a marker in his pockets, developing an early aptitude for drawing. He approached Graffiti for the first time in 1997. His passion was so genuine and contagious that he involved other friends of the neighborhood founding his first crew and making his first graffiti.

Step-by-step, he took over the walls of Barona, a south-west suburbs of Milan, that over time became the “contaminated” space where his artistic impetus bloomed. He defined himself an “Old fashion” writer, deeply tied to the classic wild style. His mode is characterized by angular and intricate shapes, becoming as unique that he created his real mark.

His tag has unchanged over the years becoming an integral part of his artistic DNA. It mainly uses sprays but also prefers acrylic colors and paint without neglecting the digital technique. In addition to graffiti, his interests also span to music; where he collaborates as DJ in various Milanese events.