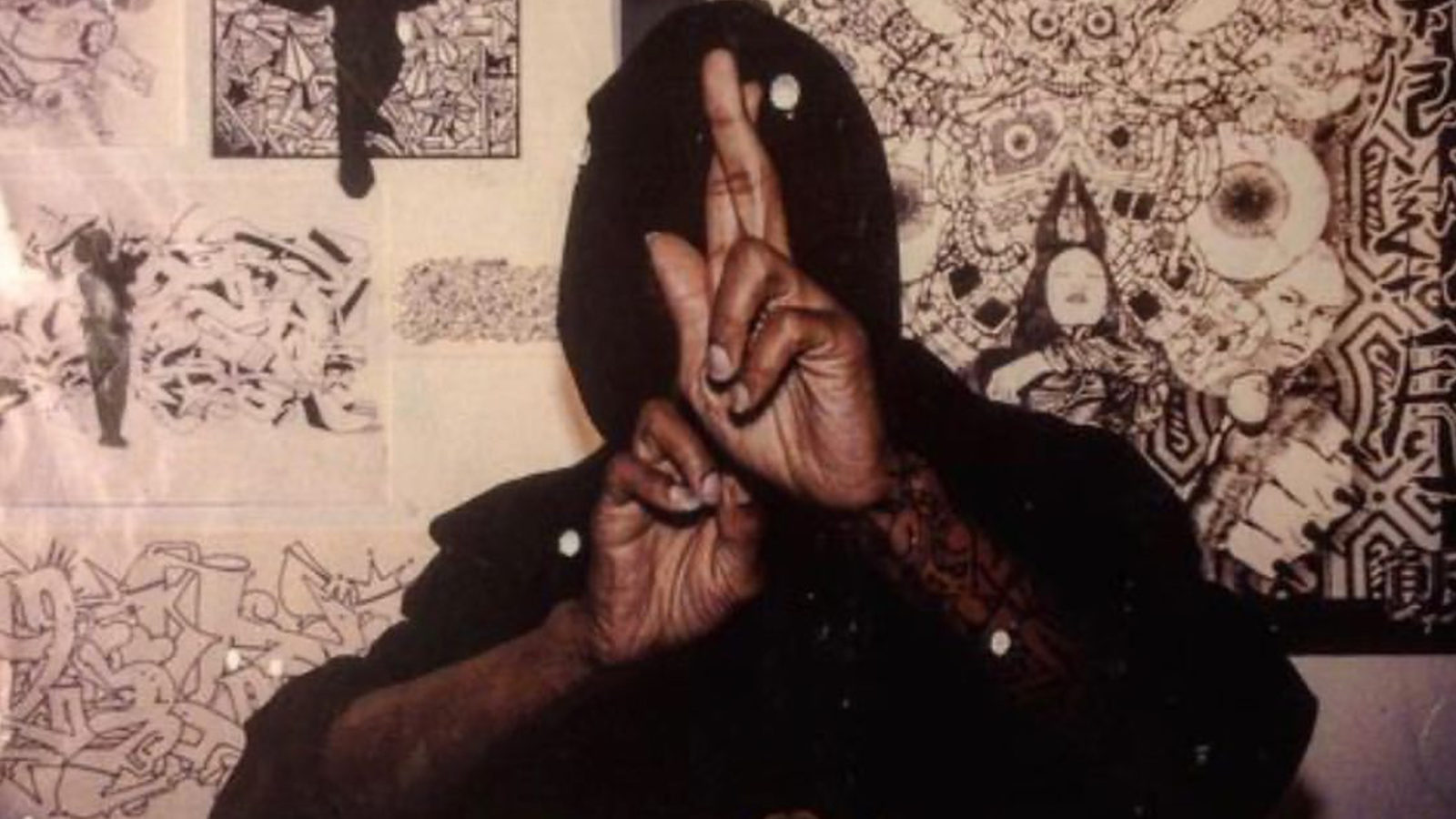 Lonny Wood, better known as Phase 2, passed away at 61 on December 13th 2019. Native of The Bronx he began writing in 1971. At that time graffitism, ‘til then relegated to gang’s territorial affairs, began to evolve stylistically, elevating itself to a true artistic dimension. Phase 2 was undoubtedly one of the architects of this transformation. 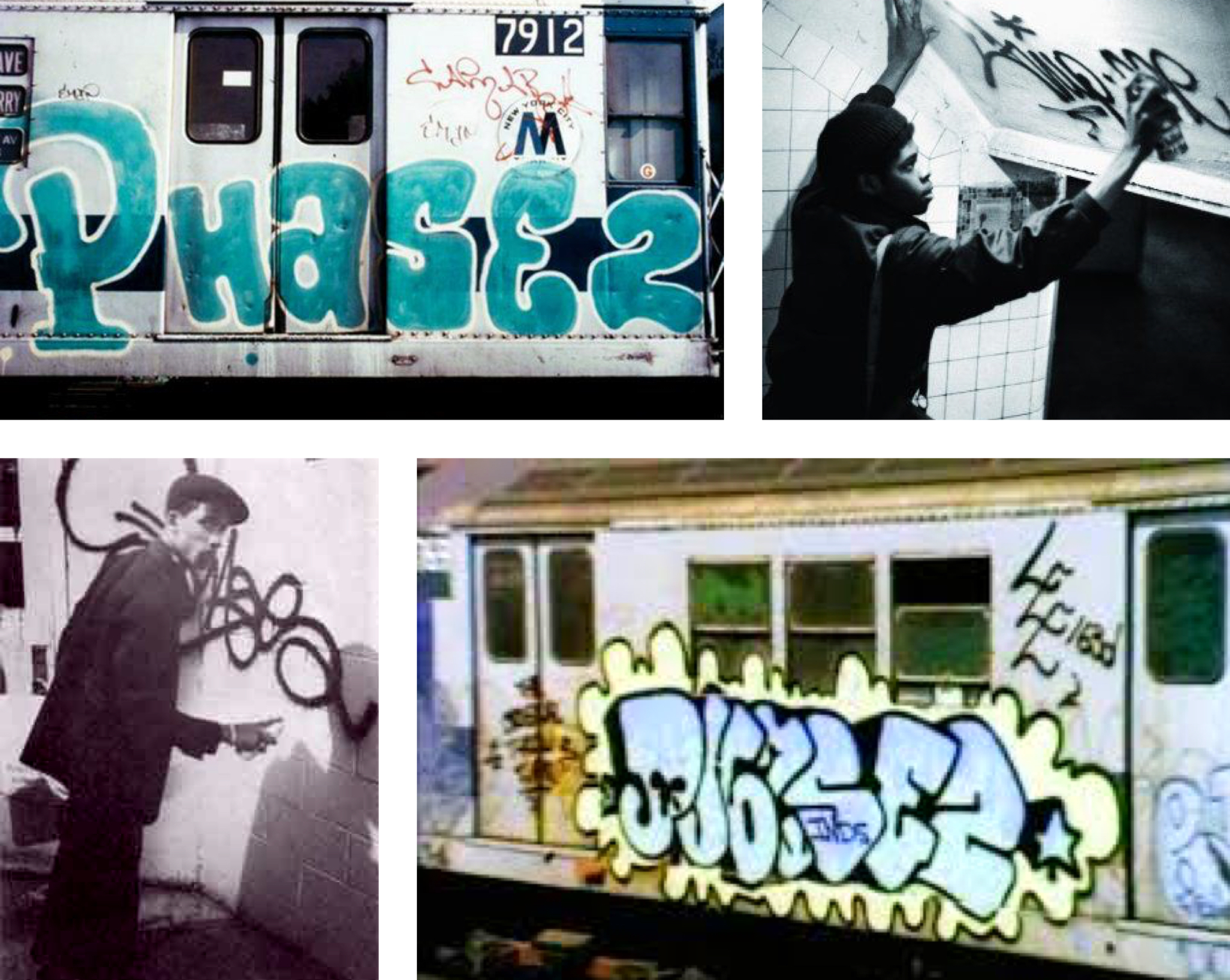 The previous year we’d given this party, ” said Lonny. “We were getting ready to give another one and I said, ‘We’ll call this one Phase Two.’ I don’t know why, but I was stuck on the name. It had meaning for me. I started writing ‘Phase 2.

Phase 2 is widely considered as one of the major stylistic innovators of Aerosol Art. He was the one who encouraged the study and the evolution of letters boosting and enhancing it time after time. In fact, he was the inventor of the so-called “Bubble Style”, a style marked by puffed-out, marshmallow-like letters, which will inspire and influence the generations to come.

He was also one of the fathers of the evolution of the Wildstyle, adding to his graffiti, loops and elements such as stars and arrows which later became a constant of this technique.

However, the huge contribution of Phase 2 to the hip hop culture is not limited to graffiti writing. He was also a DJ and MC. He created a lot of flyers for the first block parties of legends as Grandmaster Flash, Afrika Bambaataa and other Old School giants.

His love for the Hip Hop Culture led him to travel often to Italy, where he came in contact with the local hip hop scene, exporting to our country his deep knowledge of that culture. Along with artists such as Neffa, Kaos, Dj Enzo, Chief e Soci, Gente Guasta, Camelz Finezza Click, he wrote beautiful pages of italian music, leaving his indelible signature on various classics tracks of the Italian rap.

Furthermore, he made also a lot of graffiti in Italy that were a big source of inspiration for those who had the fortune to know him alive; even if unfortunately not many are still visible. 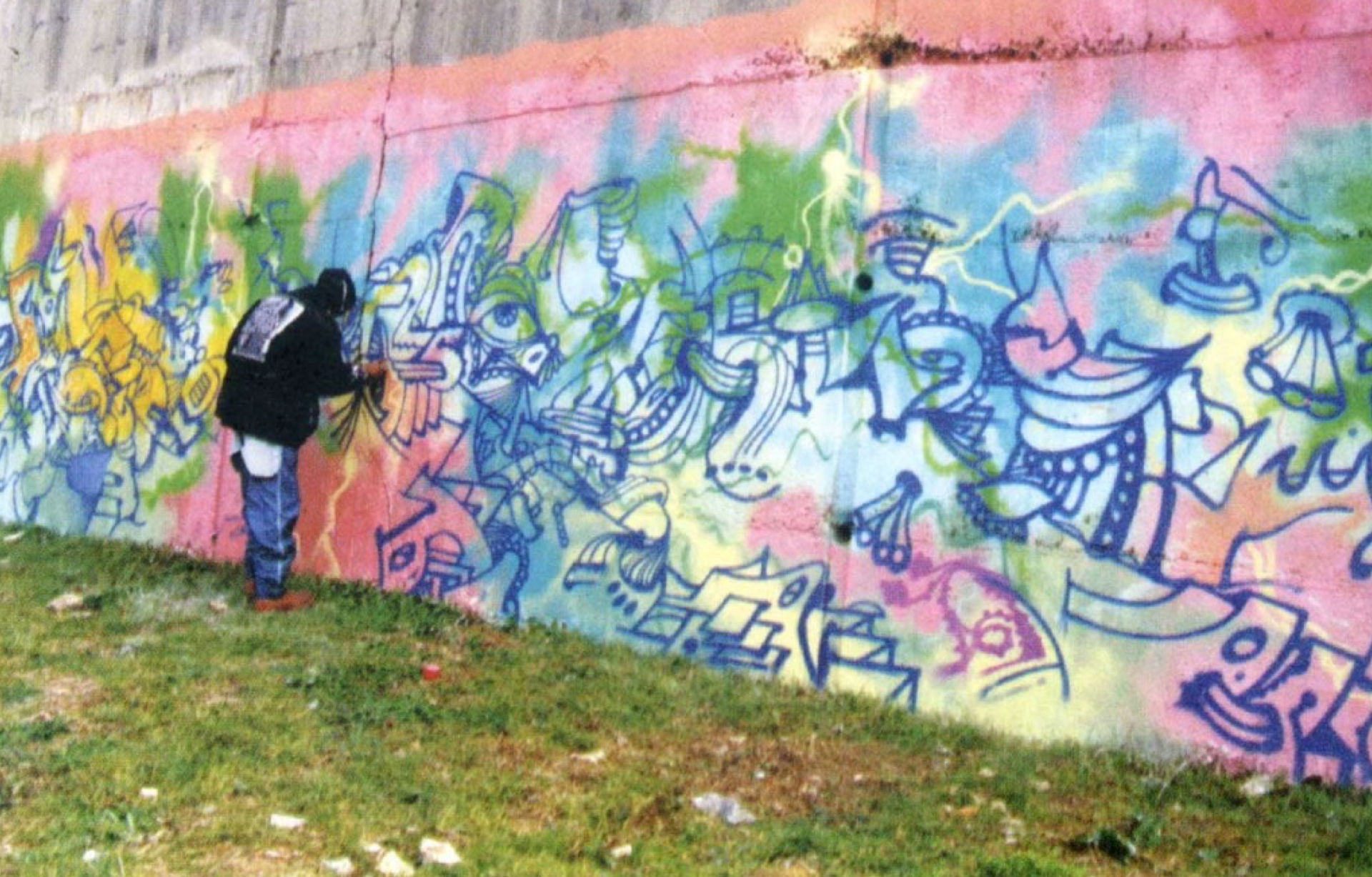 The legacy that Phase 2 left to the Hip-Hop culture is so relevant, that even those who don’t know his name are unconsciously influenced and indebted anyway with him. Throw Up Magazine also wanted to honor his memory, thanking Lonny for all the things that indirectly he had taught us. Our thoughts and deepest condolences go to his family and friends.

Damn… This is crazy.. R.I.P. Phase 2 (Graf Legend & Pioneer) Where do I begin here.??? I knew Lonnie since I was a kid. Unknown to most we grew up together in Forest Projects in the Bronx “same building.. same floor” building #965 I never knew he was a writer until I became an artist and was running into him in different parts of the world 🌎. Also known along with Buddy Esquire for creating the legendary Early Hip Hop flyers. I just knew him as my next door neighbor before that. We always got a good laugh about where art had taken both of us. Always proud of his iconic journey in the Graf world. Rest In Peace Brother 🙏🏽🙏🏽 #Phase2 #TheLegend #TheIcon 👑✊🏽✊🏽👍🏽

R.I.P. and Salute To One Of Our Pioneer Writers PHASE 2… Incredible Graffiti Artist and Pioneer Of The First HIP HOP FLYERS In NY along With Buddy Esquire… Your Legacy Will NEVER Be Forgotten!!! I WILL ALWAYS PAY HOMAGE TO OUR PIONEERS… 📸 1st Pic from @kaptainkirk_ny

“JUST 4 MY NAME” – A photographic storytelling on train bombing