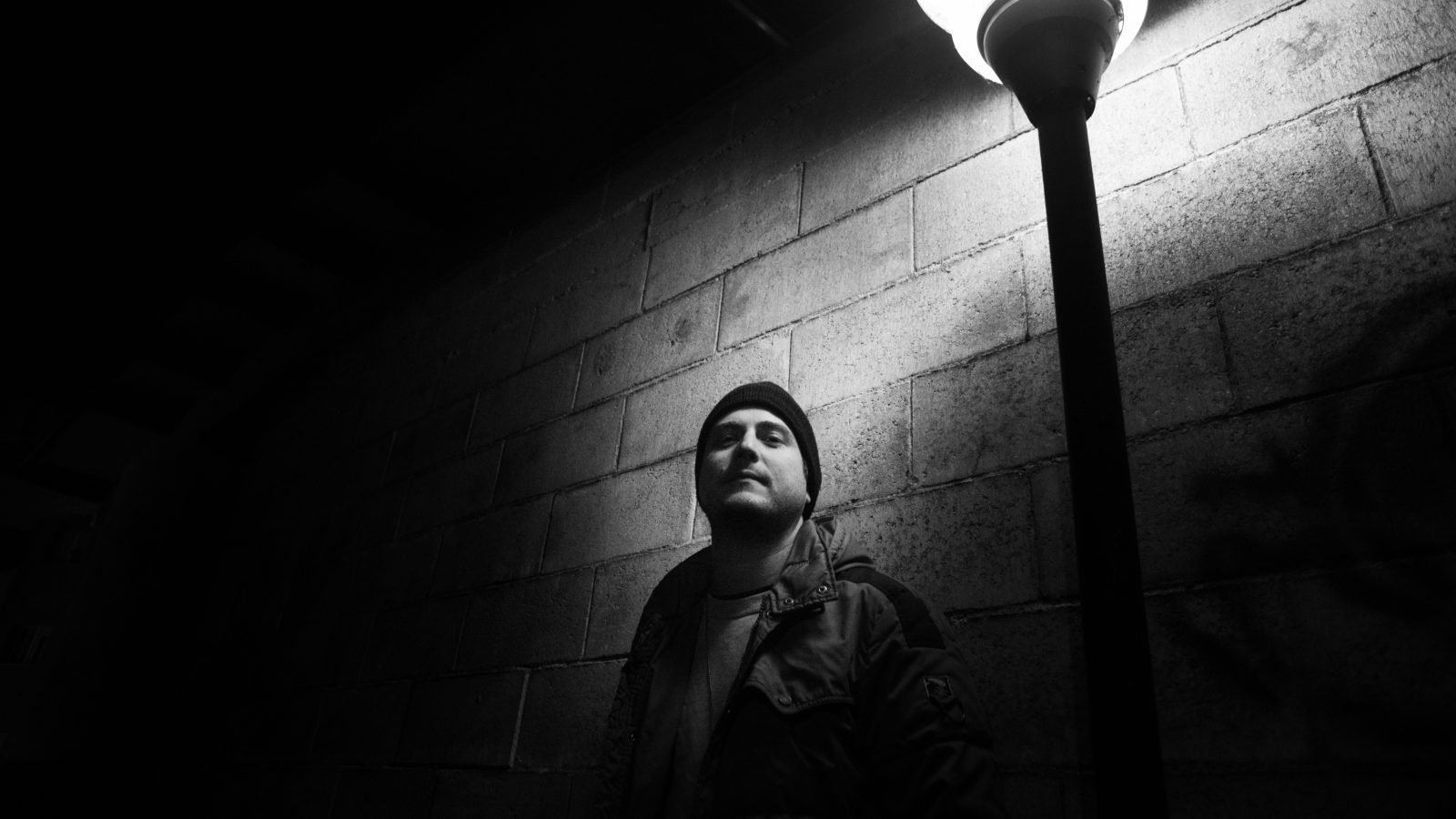 John Wilson, stage name Long John ArgentoVivo was born on 28th July 1984 of a part-Scottish father and a mother from New Zealand. He grew up in the east side of Milan in the area beween viale Monza, via Padova and viale Palmanova. The incredible concentration of street graffiti in this area, from the Martesana park to the via Pantano and Lambrate Halls of Fame, made a strong impression on him. At around the age of 12 he began to do his first tags and from here his passion for hip hop culture grew, with weekend afternoons spent at the Indian café or the ‘wall’ and after school doing hits in the underground or the San Cristoforo railway yard.

The roots of his passion for music go deeper. From the age of 5 he accompanied his guitar-and bass-playing father to jam sessions in the jazz funk scene of that time. As a result he learnt the art of improvisation on guitar or drums from a very young age. Among his mentors he numbered Giuseppe Sciurti and Gianni Sansone, respectively trombonist and trumpet player of the group Casinò Royale, as well as Alfredo Capurso, a virtuoso multi instrumentalist and possibly one of the best piano tuners in the world, inventor of the revolutionary CHAS system of tuning. His musical culture was further enriched by the strong passion for music in the family, with an organist grandfather, a mother who loved black music and a father who often listened to Snoop Dogg or De La Soul in the house.

In 1998 at the age of 14 he founded the PHR CREW together with other young writers such as CLEAR, BELT and UABOS. In the following years it was to become one of the most active crews in Milan particularly for street bombing. At 15 he left Milan to live in New Zealand and then in Belgium where he made his first steps in freestyle. However, it was after his return to Italy that he began to give full expression to his talent. In particular, with the encouragement of Brad Beat and Gab Gato, he began to make his first recordings in his native English. Together they founded the JTAG CREW, a collective of rappers and beatmakers based in Milan but extending outside Italy with members and collaborators in Britain, the USA, Canada and Sweden. In 2007 JTAG CREW released its debut album “Milano Smokes”, universally acknowledged to be a gem of the Milan underground scene. In 2010 it was followed by JTAG’s second release “Dats Amore”, notable for featuring K-Rino of Detroit’s Screwed Up Click. In Argentovivo produced his first mixtape entitled “Pieces of Eight” hosted by Lowkidd and featuring Myalanski of the Wu Syndicate. In the same period he completed a number of collaborations with the producer Aquadrop, one of which, “The Salt Dance”, went on to win first prize for Europe in a contest organised by the internationally-renowned artist Bettina Werner. A further collaboration with Aquadrop entitled “No competition” was produced by the US label Trenchant Dubs. In 2012 he was invited to participate in the CL CYPHER PRO EDITION by Yared, frontman of Portafoglio Lainz / Camelz Finezza.

His first English-language solo release appeared in 2015. This project titled “Phonetikabalah” contained a prestigious remix by the German producers Snowgoons and was followed by “Kaleidoscope”, a strongly-autobiographical album created in collaboration with the beatmaker trio Dequantiside. At that time Long John became resident MC for MEETING OF STYLES ITALY, one of the most internationally-prestigious graffiti festivals. Afterwards he had the same role at the URBAN GIANTS graffiti festival. Long John’s last release was “Graveyard Shift” came out on 31st October 2019. Produced entirely by Flatpearl, this EP combines trap sounds with lyrics and content of a certain depth and demonstrates ArgentoVivo’s ability to move between radically-different styles, ranging from golden age hip hop to modern trap without abandoning his personal approach. A number of releases are planned for 2019-2020, including an album produced by PANTU of REST IN PRESS RECORDS and an LP in collaboration with WZA, the famous Sardinian beatmaker now living in Milan. In the future Long John promises to return to the MANI PULITE project and is already working on new material. He also intends to depart from the pure hip hop style, extending his discography with projects inspired by other genres and sounds so as to exploit his great versatility. Long John is the father of two children and works in an infant school. His music does not represent a way to make money or become famous, but rather he hopes to make an impression, like the old-school graffiti artists.