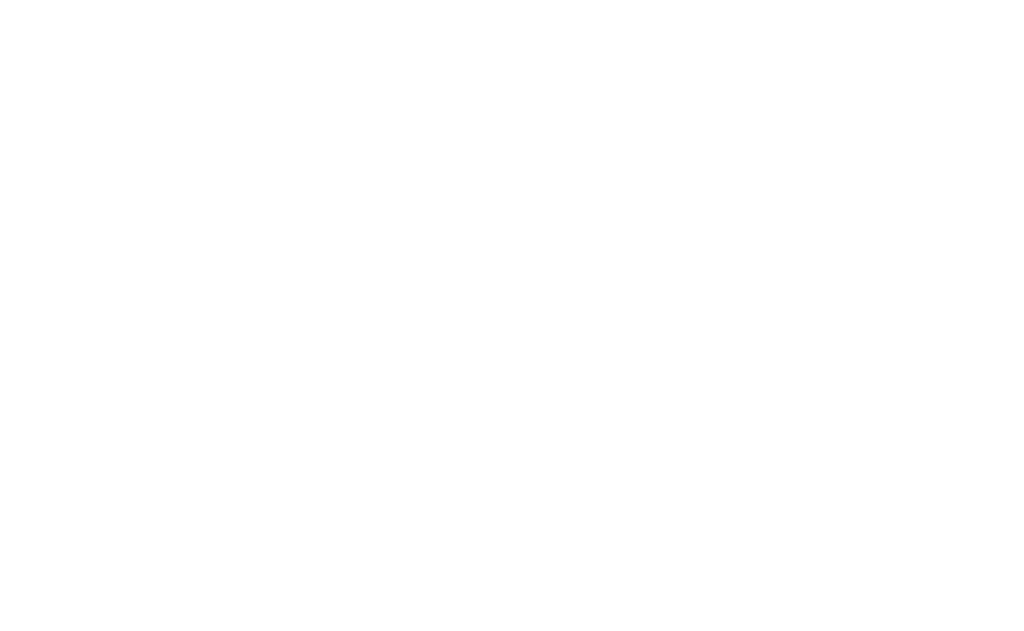 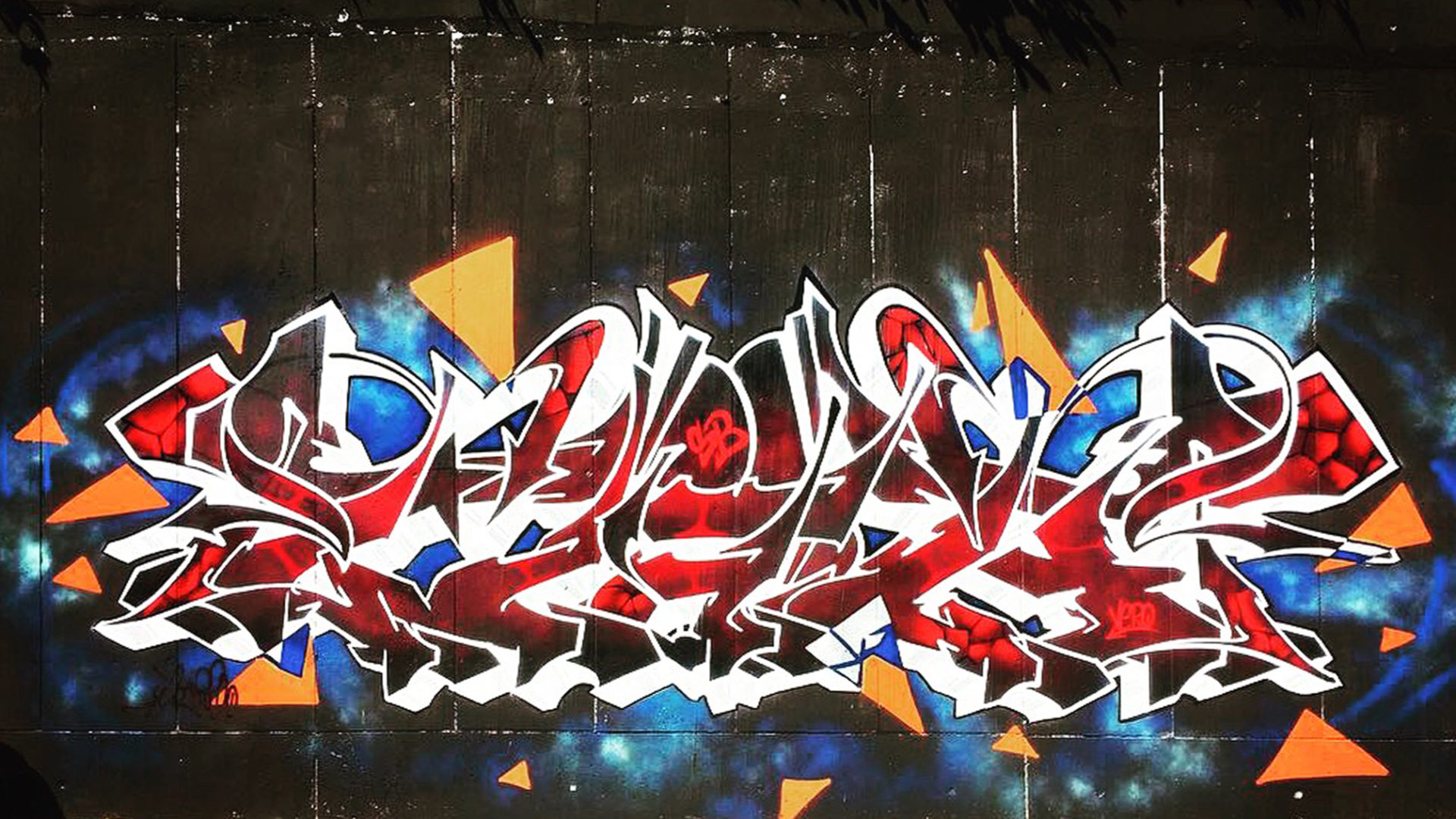 Fabio P, alias Wolftwo, was born in a city close to Milan and got interested to the Graffiti Culture nearly as a child, looking at the Navigli’s walls area through the car window. His first approach to the Milano graffiti Pioneers happened like that. Their works encouraged him, to reproduce on paper the letters “exposed” to the walls, beginning to practise simple and large letters. 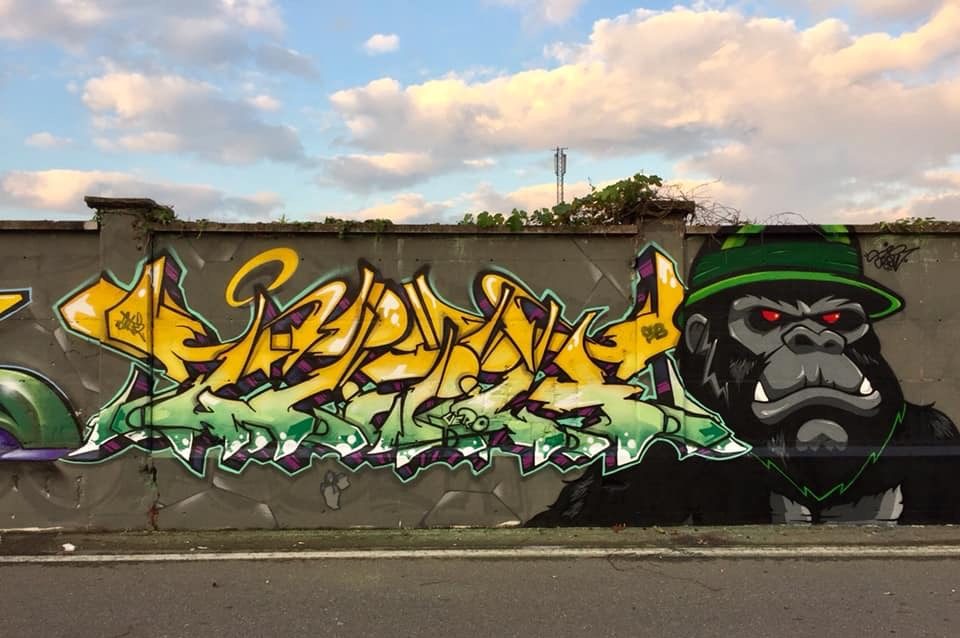 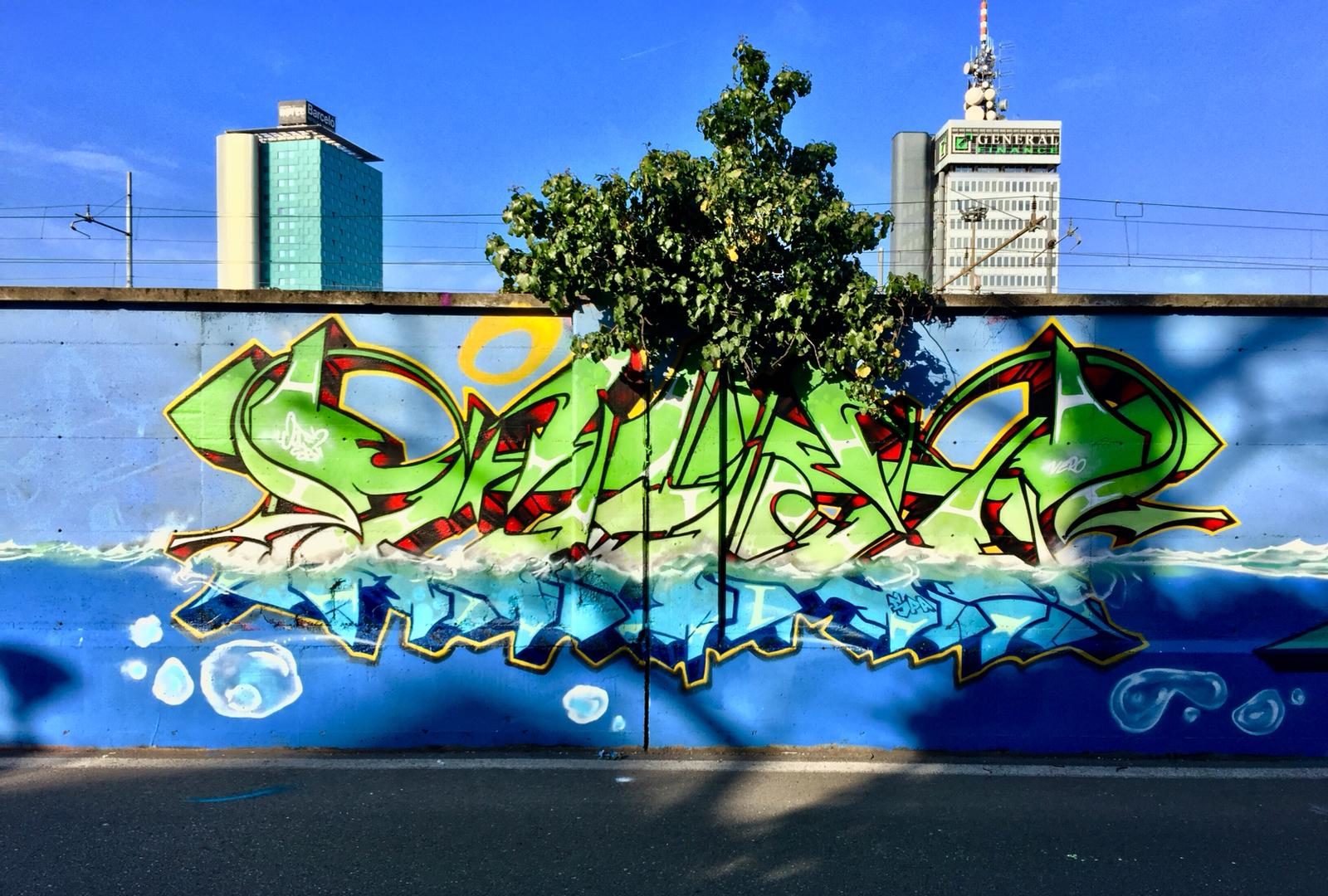 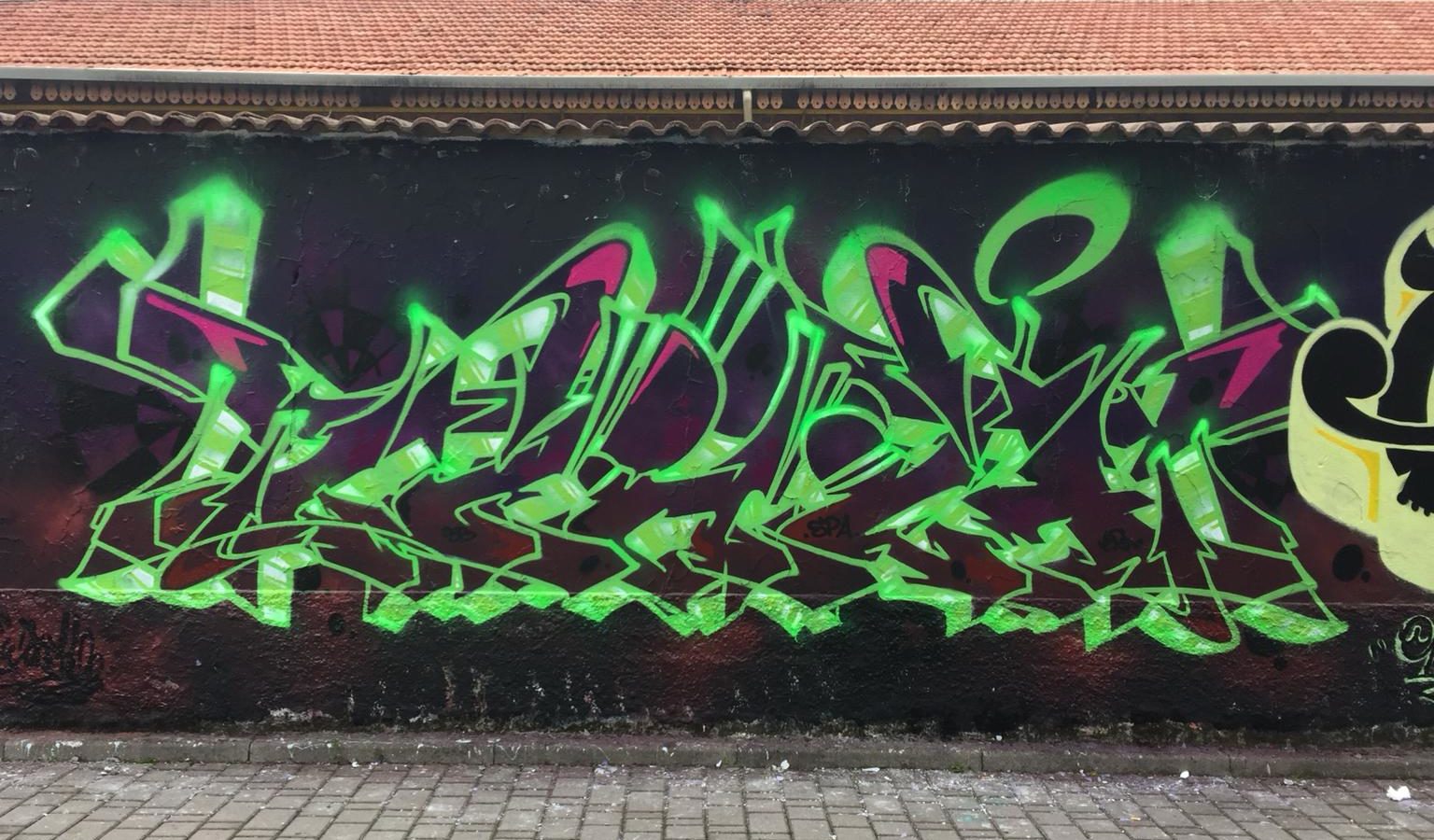 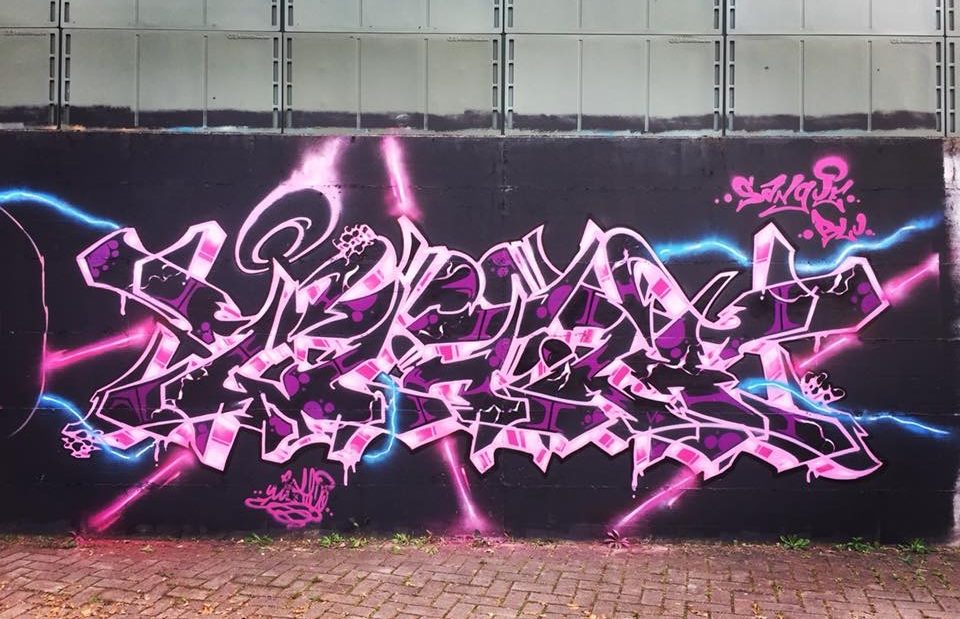 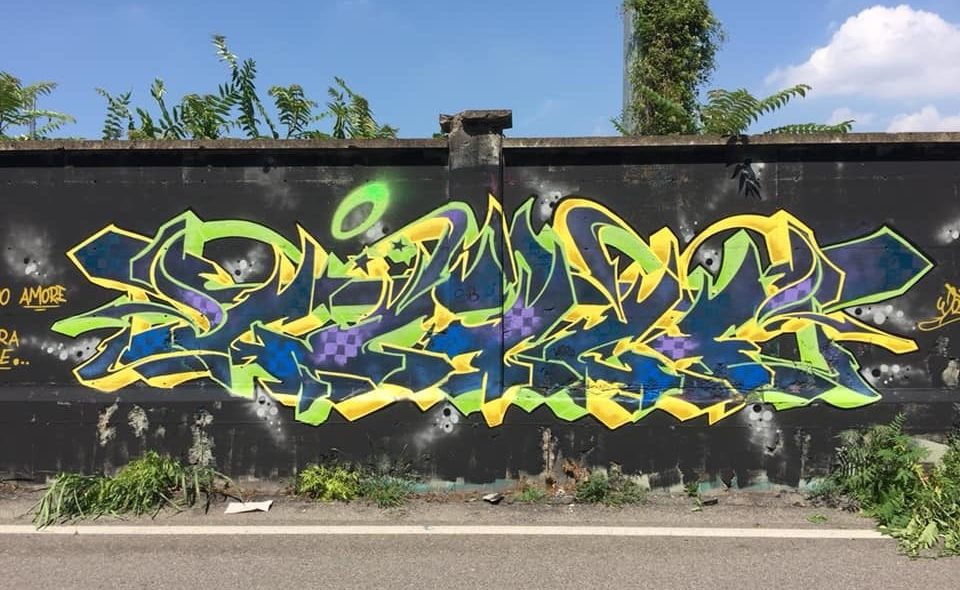 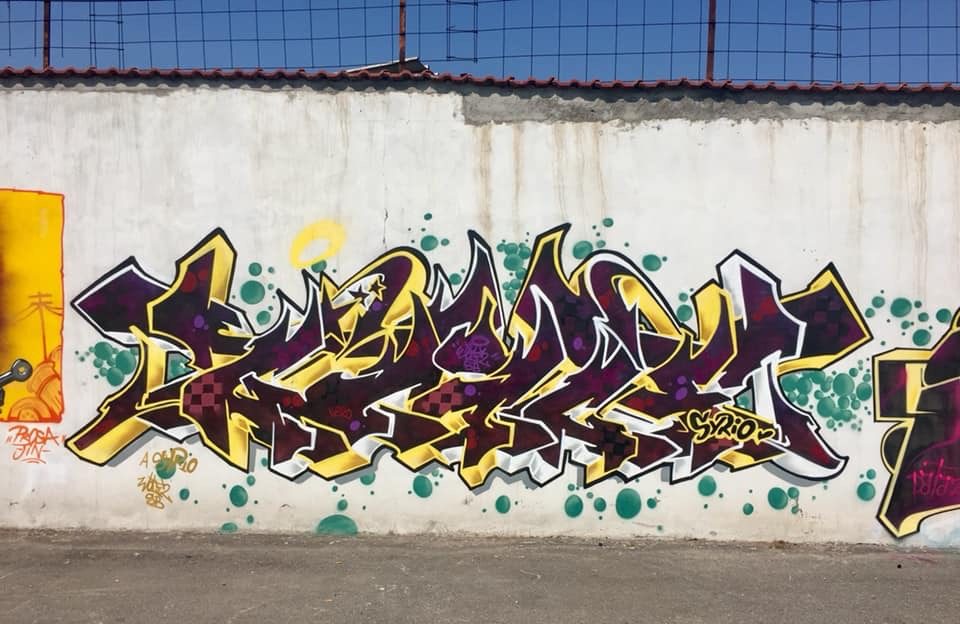 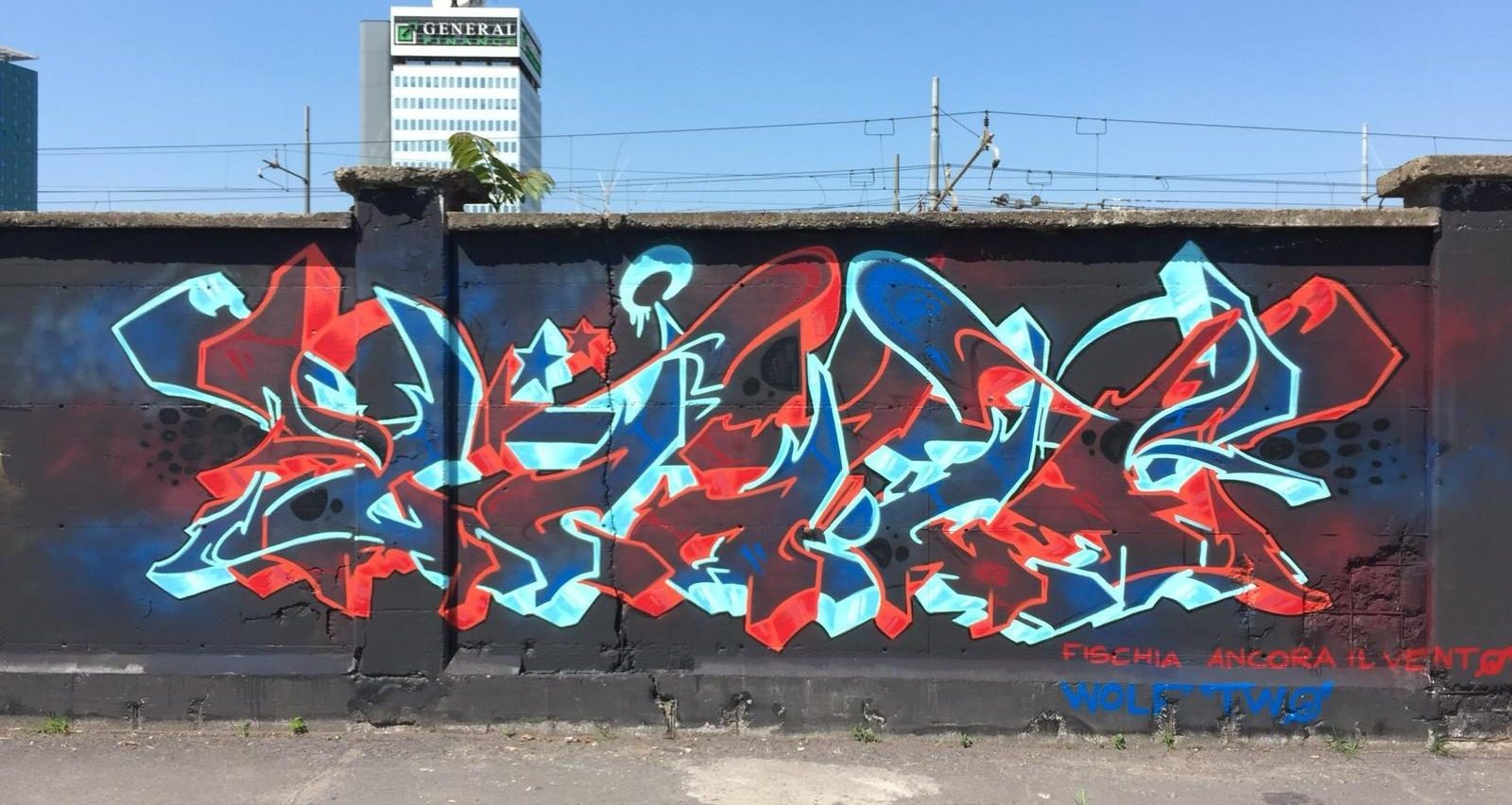 In 2006 he moved out to the province in order to study at the Technical Graphic Design Institute at Quarto Oggiaro, a district in the north-west of Milan. The school let him to alternate the study of printing characters with the study of suburbs. When in the district, he had the opportunity to appreciate the art of Bros, Sonda, Noce, Deco, Rapido, Doog, Sker and many other Artists of the Milanese scene, busy exponents of the old school at that time.

However, due to few contacts and no connection with any active artists, his activity was limited to the paper. Only in rare occasions, he was able to get some sprays to replicate to the walls the Throwups art. It was in that period that the FBI tag born. Subsequently, he abandoned this name turning into Wolf. This tag better reflected the solitary character of those days. 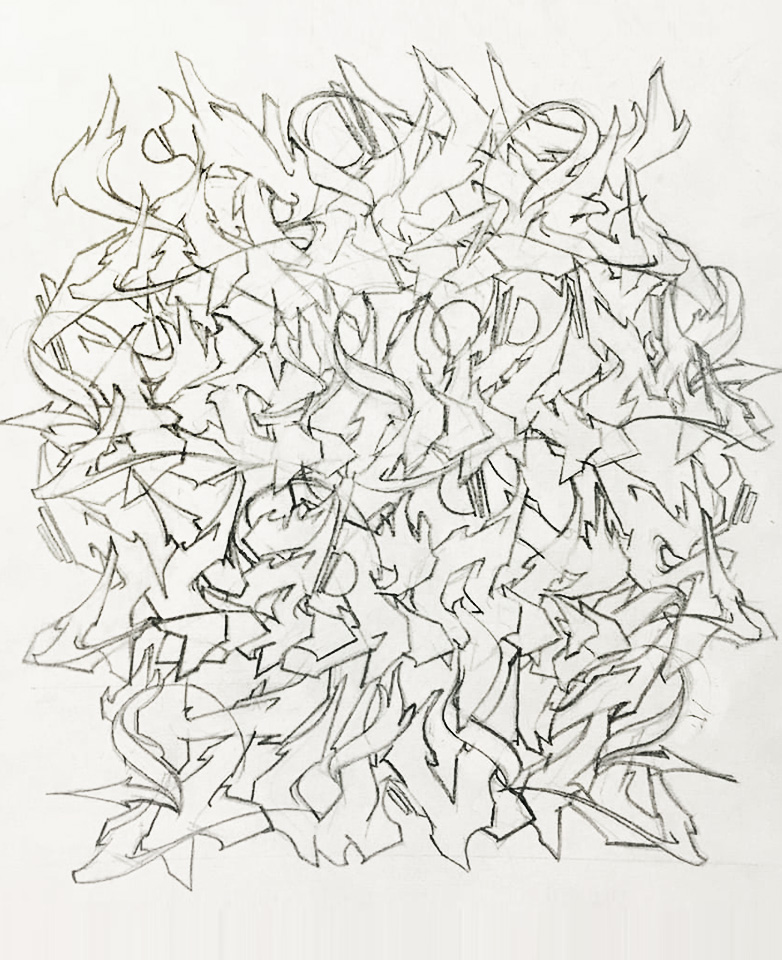 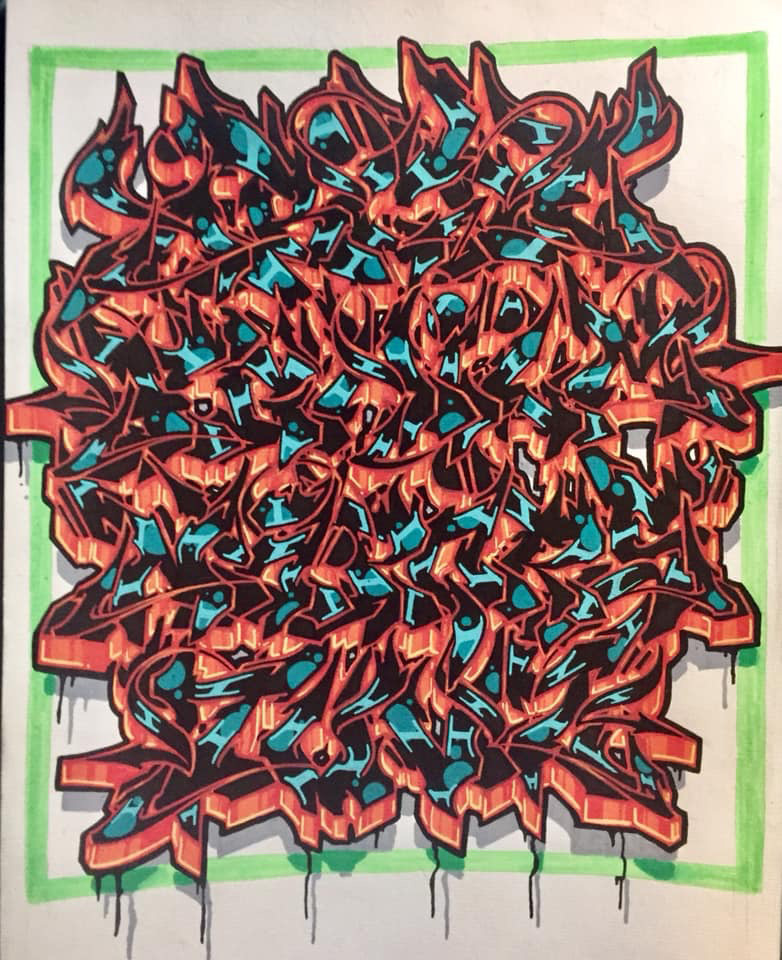 In 2011, aimed to tell the youths about 20 years of the Italian Hip Hop history he joined the “Rappark” project. The project turned into a video documentary “The Piecemaker“, with the collaboration of the FAT Crew. Those years,this crew was extremely vibrant between Milan and Varese. Among its exponents there were Super Neo, Urto, Cipo, Rorse and others. In particular, the first two artists took him under their wings, opening their own hall of fame and allowing him to practice and evolve his style. From now on, he turned into ‘’Wolftwo’’, where the word “two” refers to his artistic rebirth.

His production on walls truly begins to get constant in 2011, representing also a fundamental turning point for his growth as a man and as an artist.

From simple and playful, his letters became curves and soft gradually getting close the wild style. In this period he also approached the discipline of rap; starting the duo “Codici a Barre” (Bar Codes) with his friend Rof X. 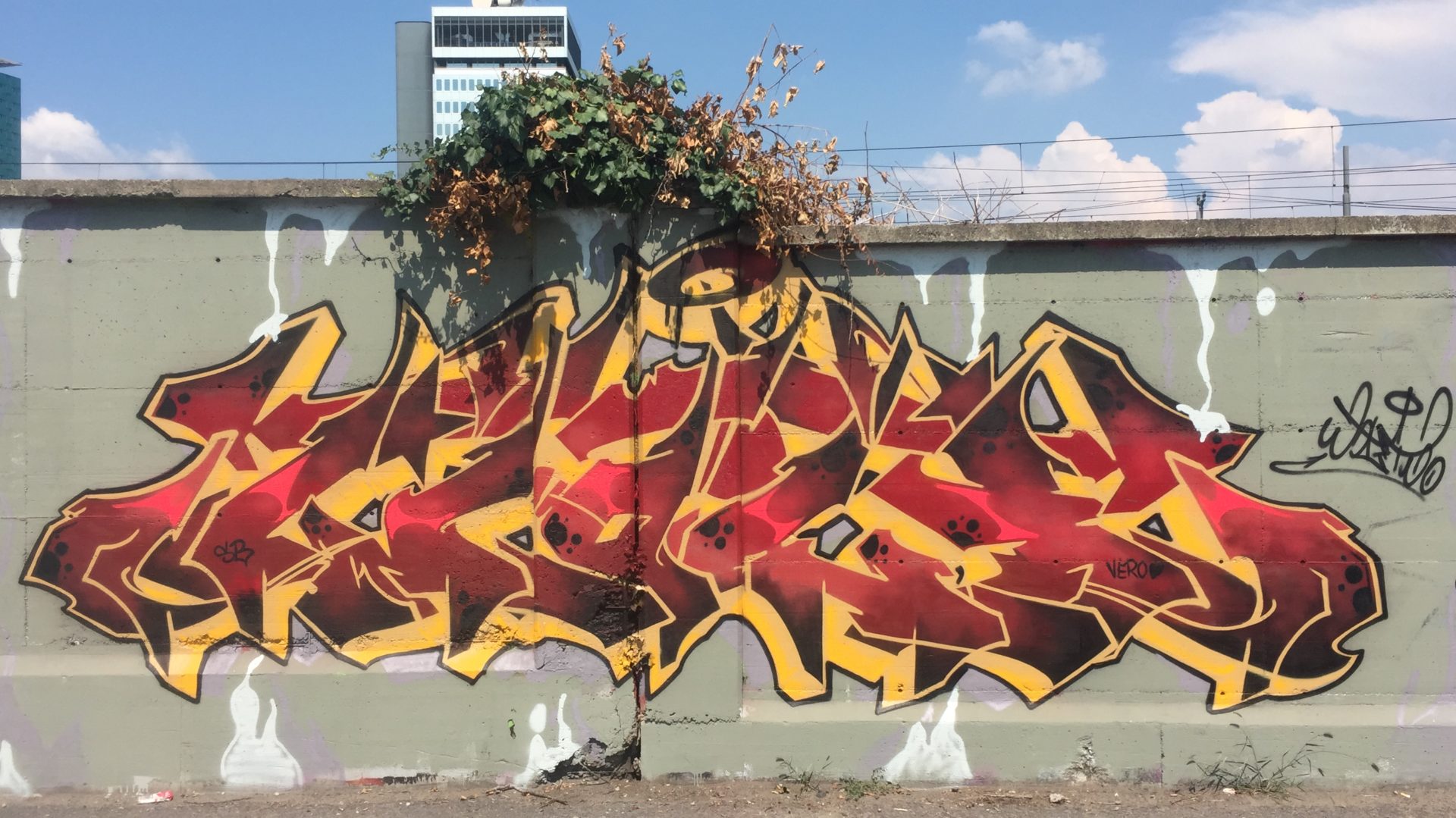 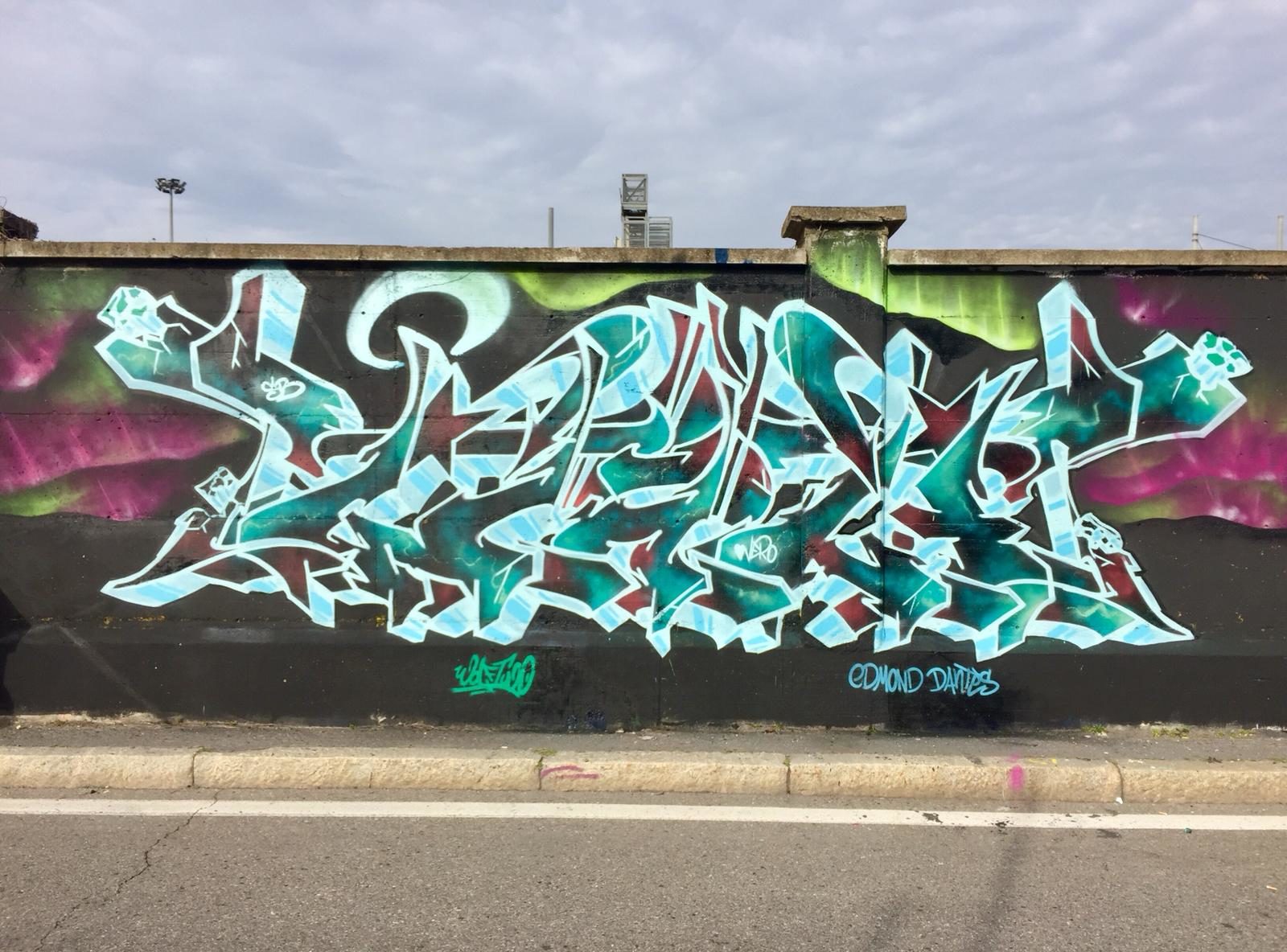 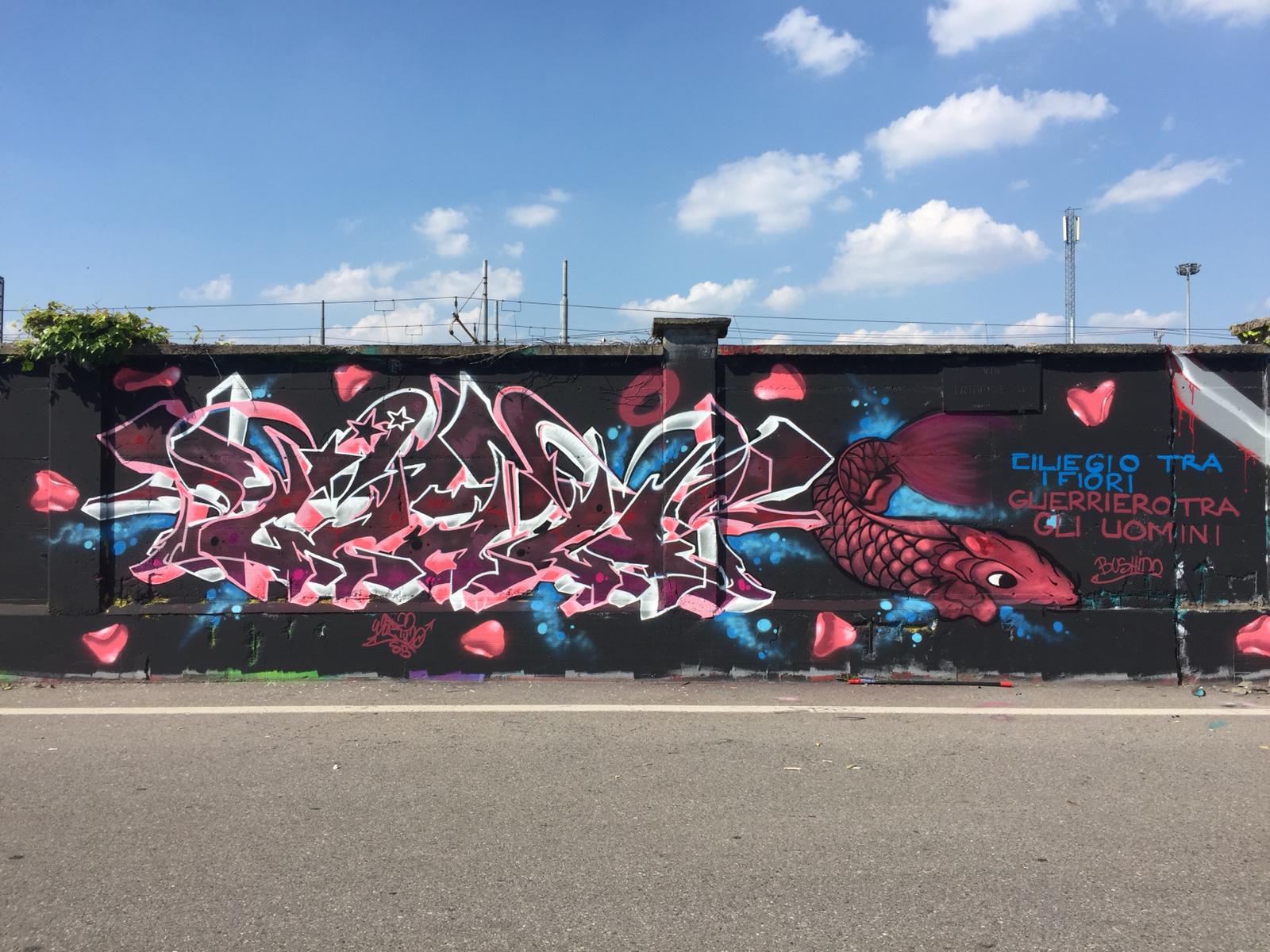 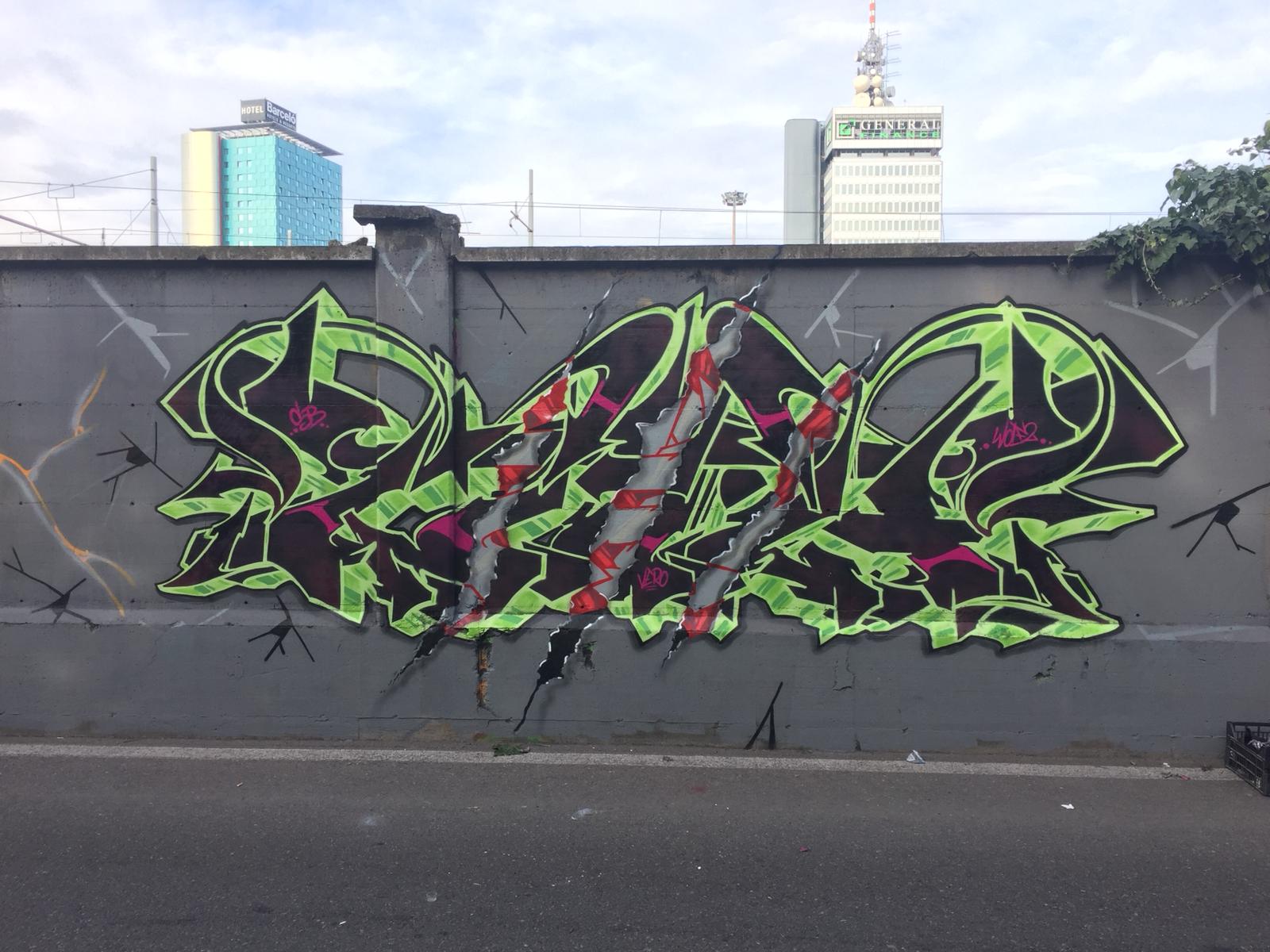 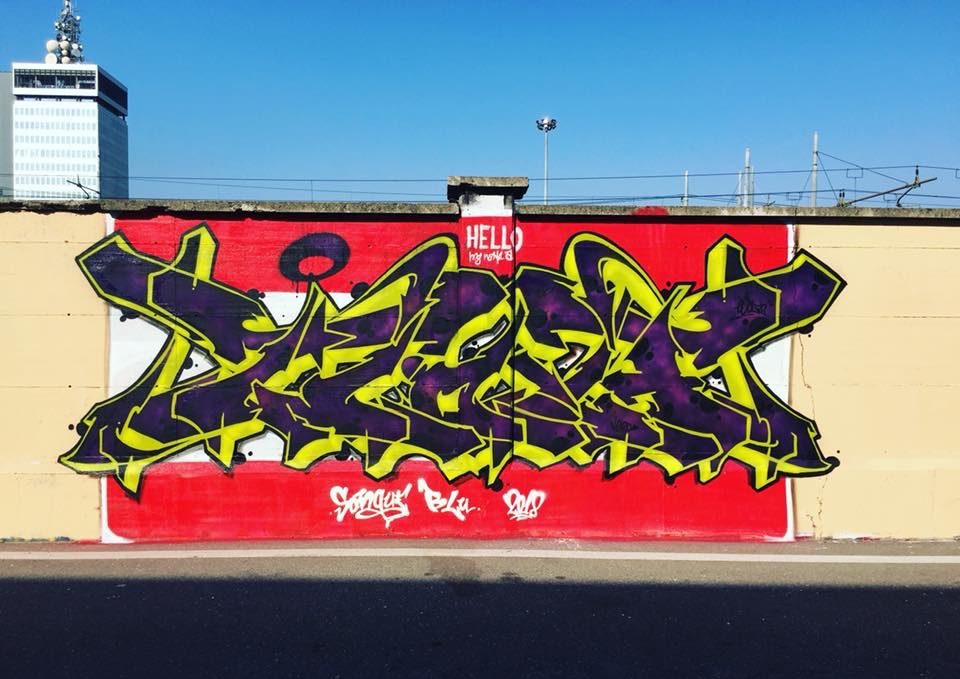 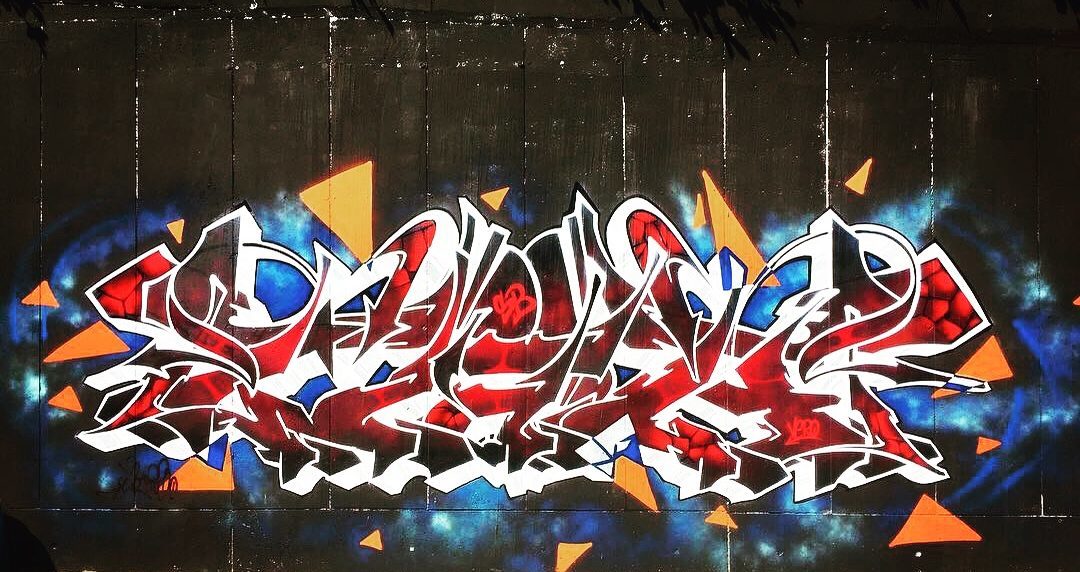 However, he discovered soon that music was not his way and decided to move on. In 2014 he joined the FAT crew winning the Technical Contest, also taking part to the Street Players and the Meeting of Styles. Regarding the artistic side, he expanded the chromatic studies, going from clear and low contrasted to emphasized contrasts and vaporized colors. One year later, he approached the art of medieval calligraphy, focusing to the reproduction of Gothic characters that will become important elements of his wildstyle.

In 2017 he decided to gather the artists met in the past years that have distinguished themselves for attitude and ability. He founded the “Sangue Blu” crew with Siret and Smek, followed soon by Siler and Dikens. The wall of Milan Certosa is the proof of birth and the evolution of the crew. On that wall it’s possible to find most of the works realized in the last five years. 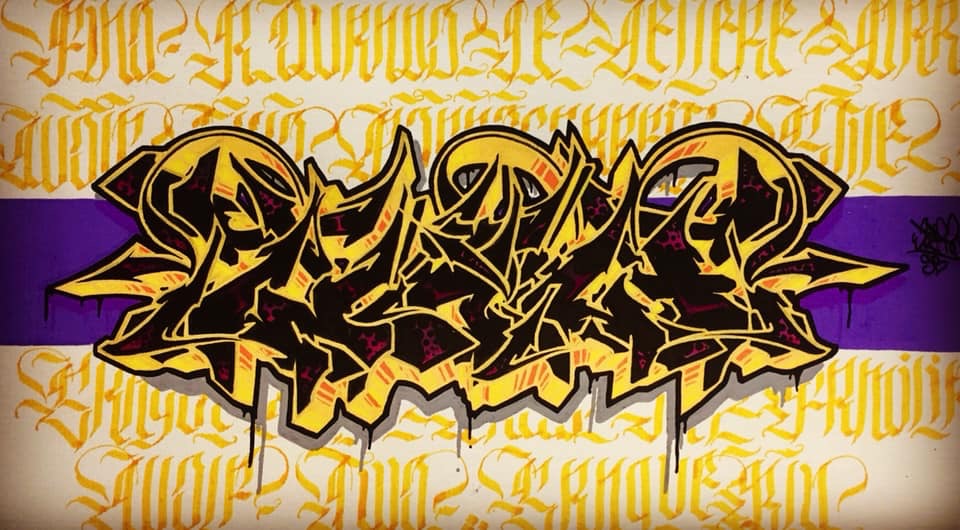 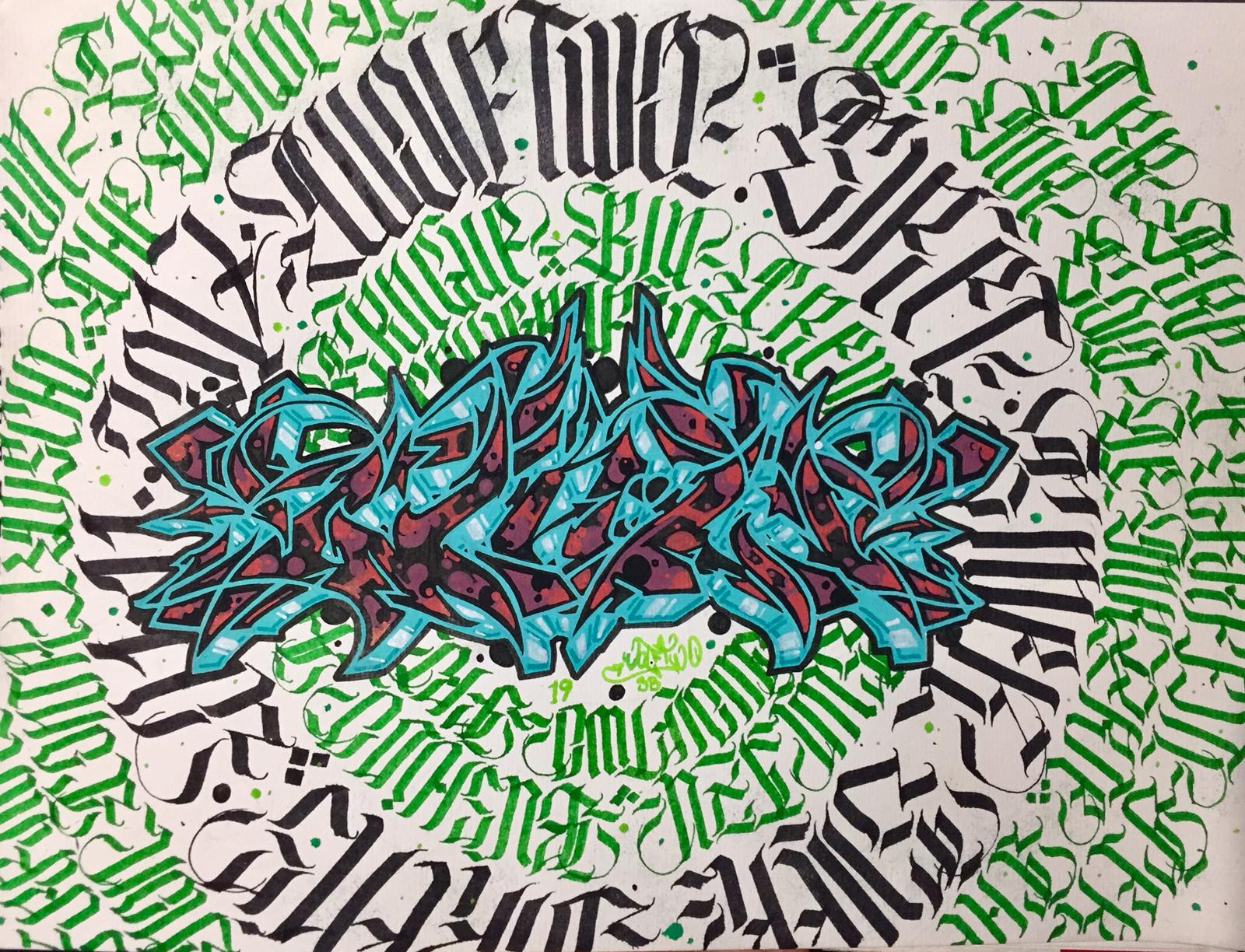 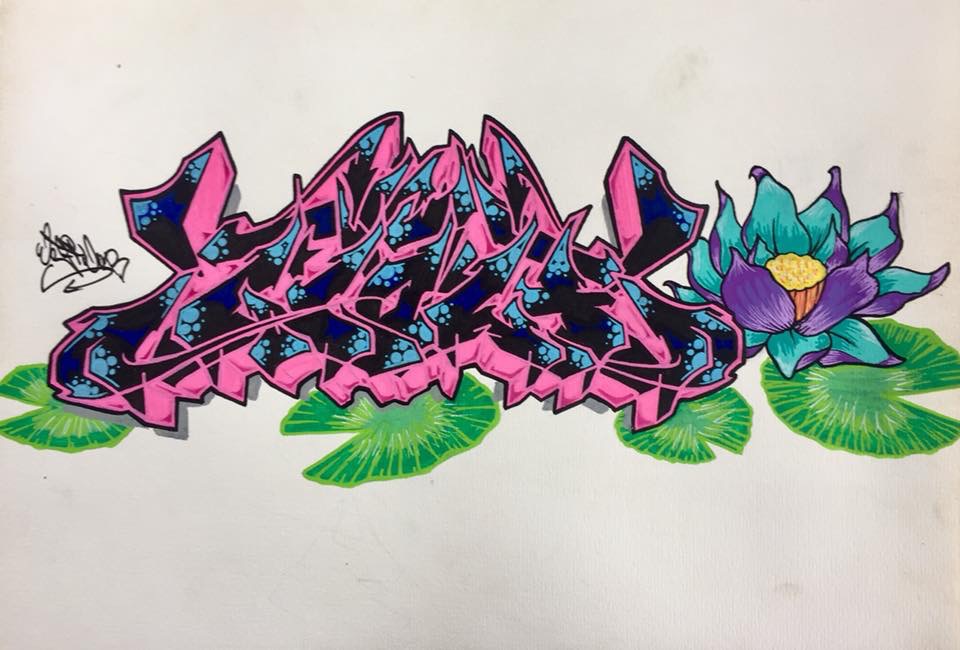 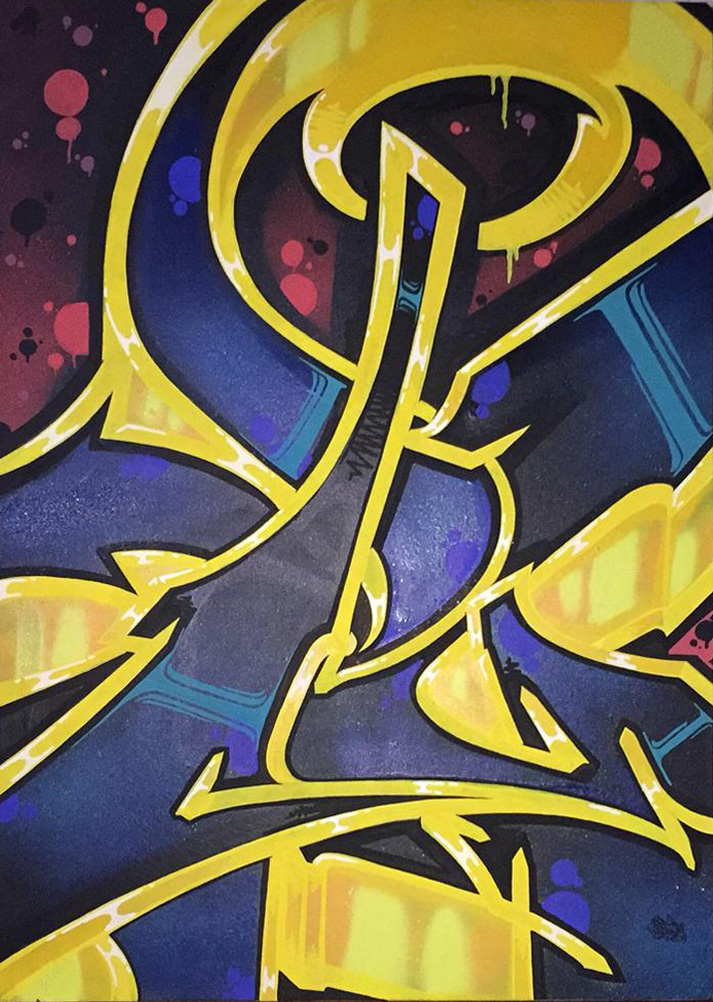 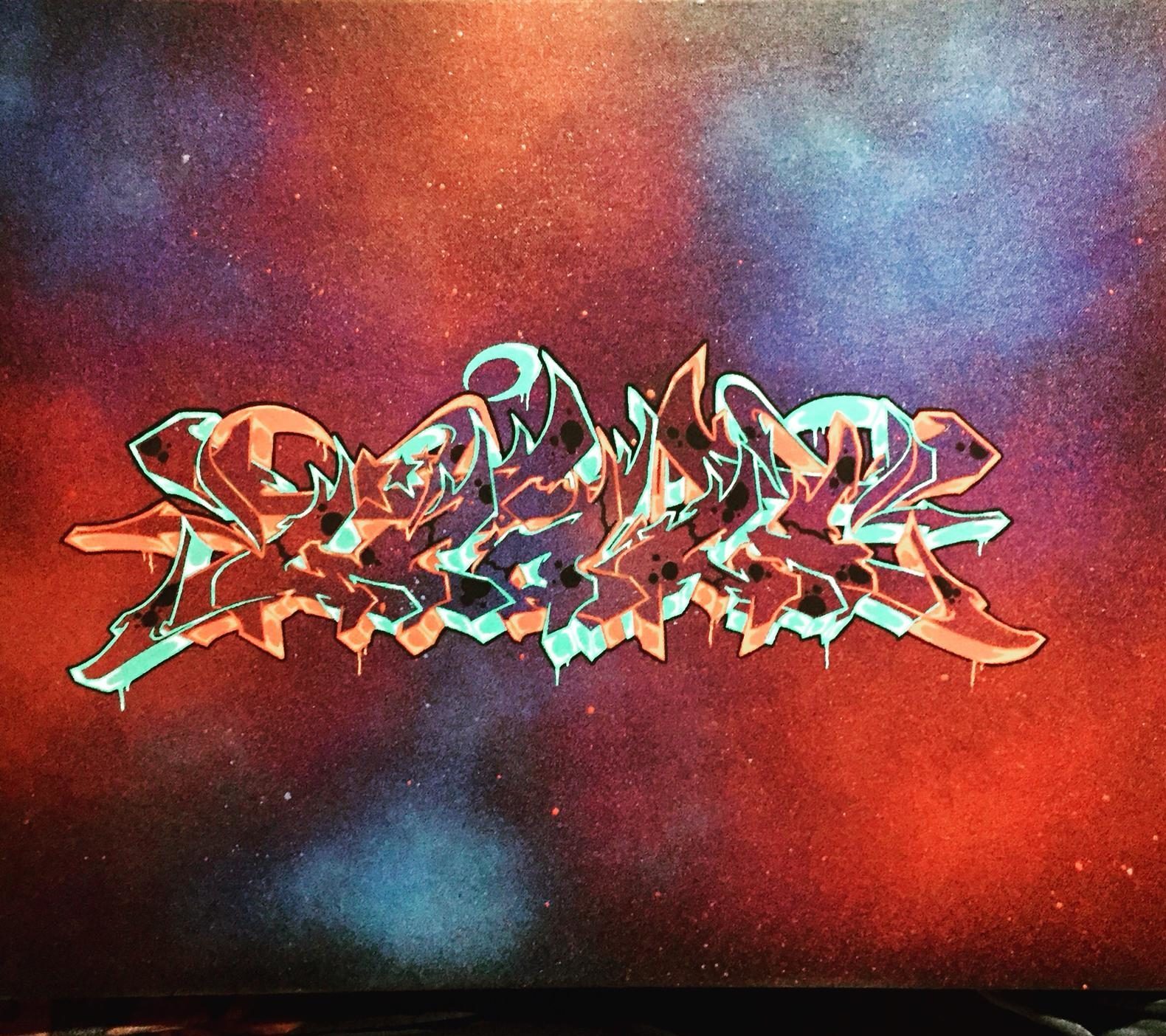 That was an extremely active period and, thanks also to the support of the SB members, the crew was invited to perform at various national events, as: Yellow jam, Street Players 2019, I Low, Writing Day, etc. 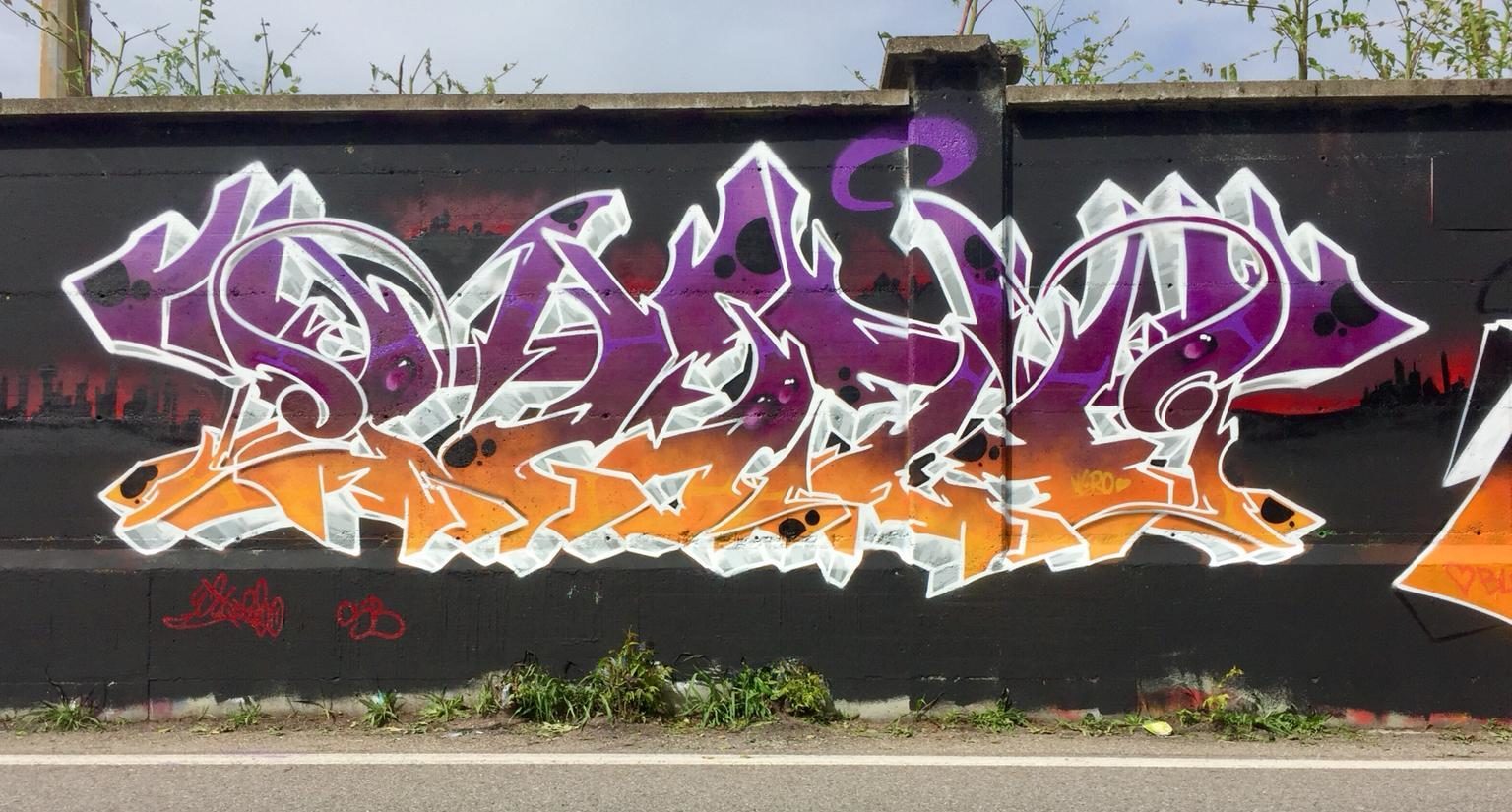 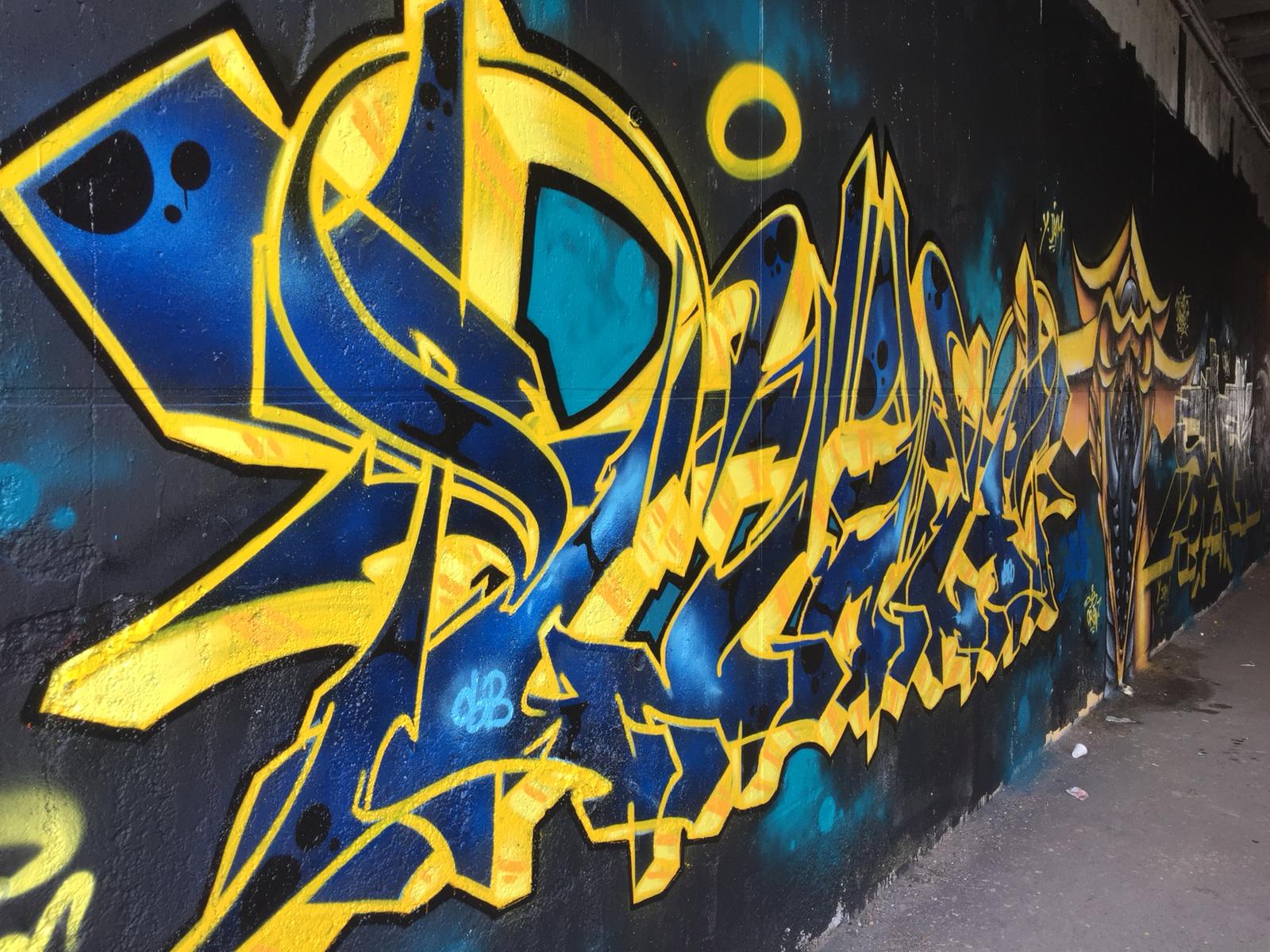 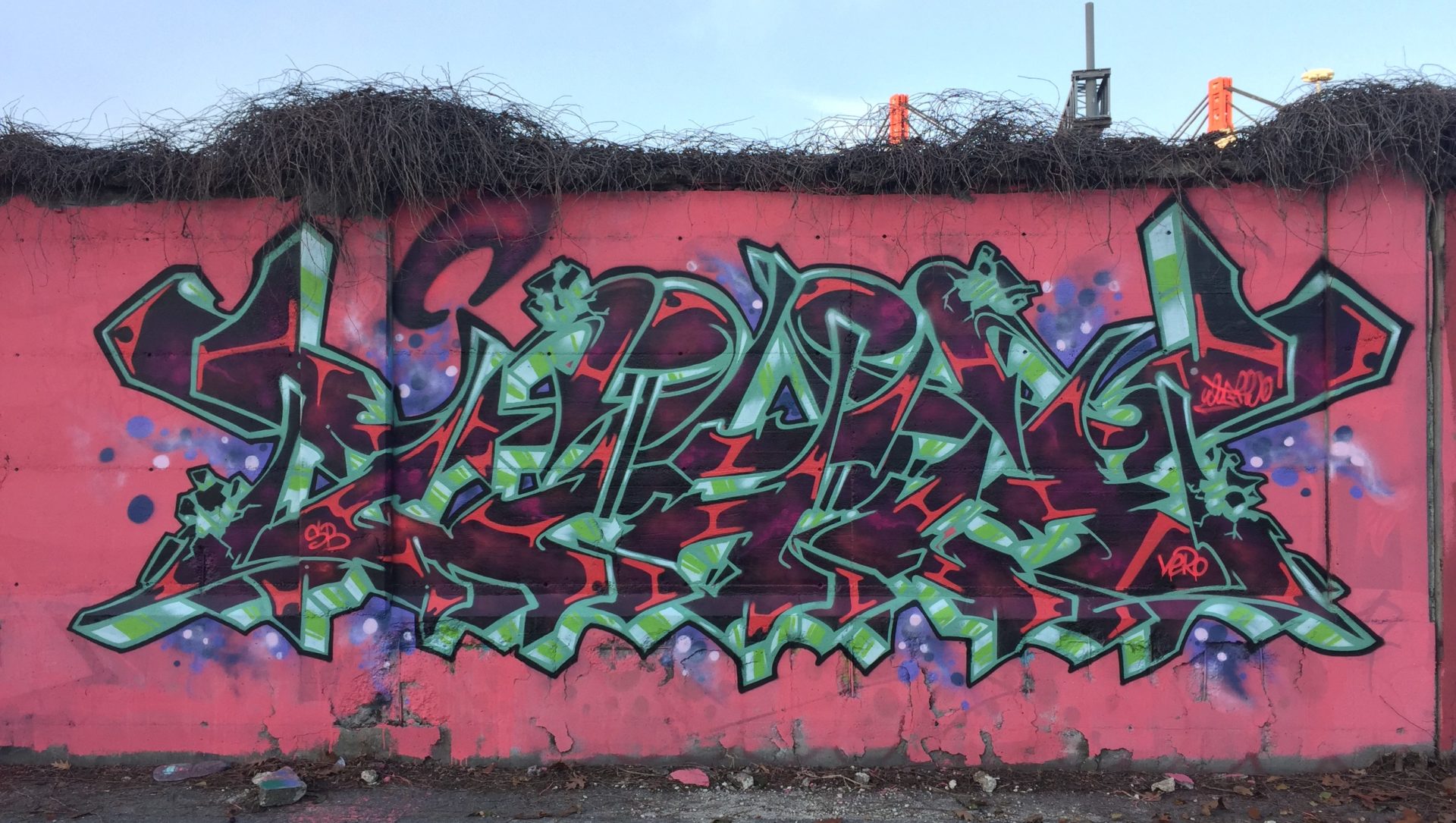 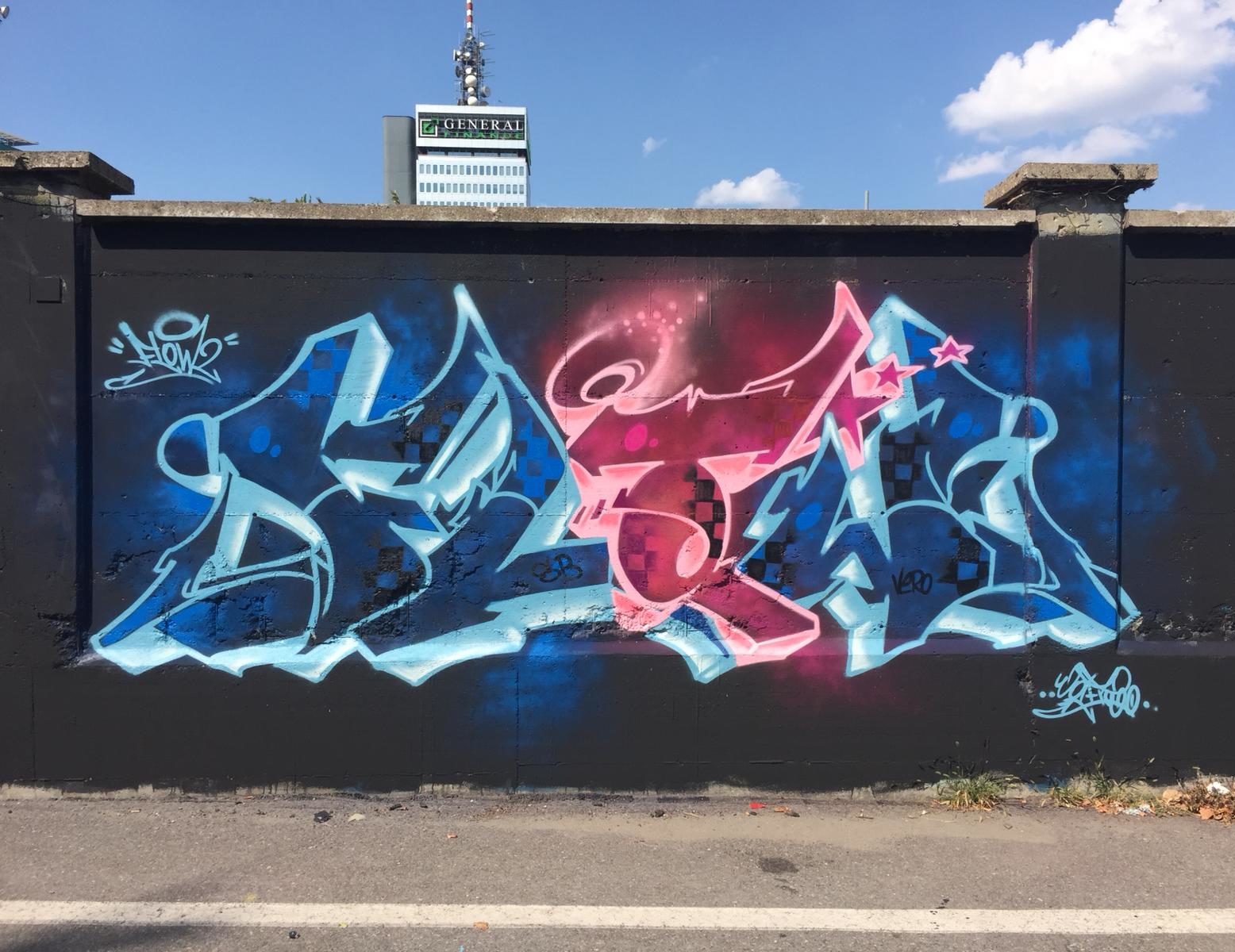 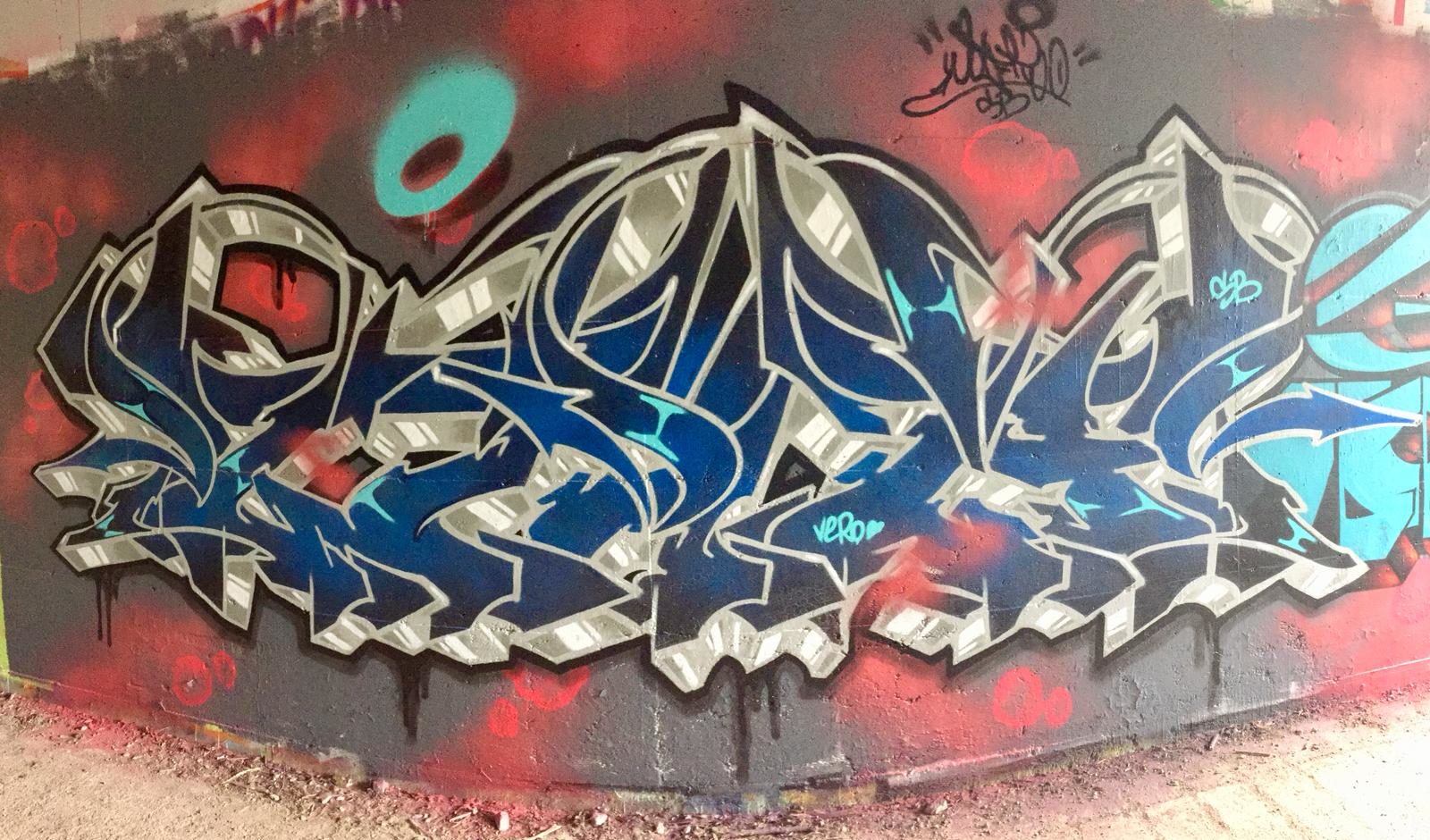 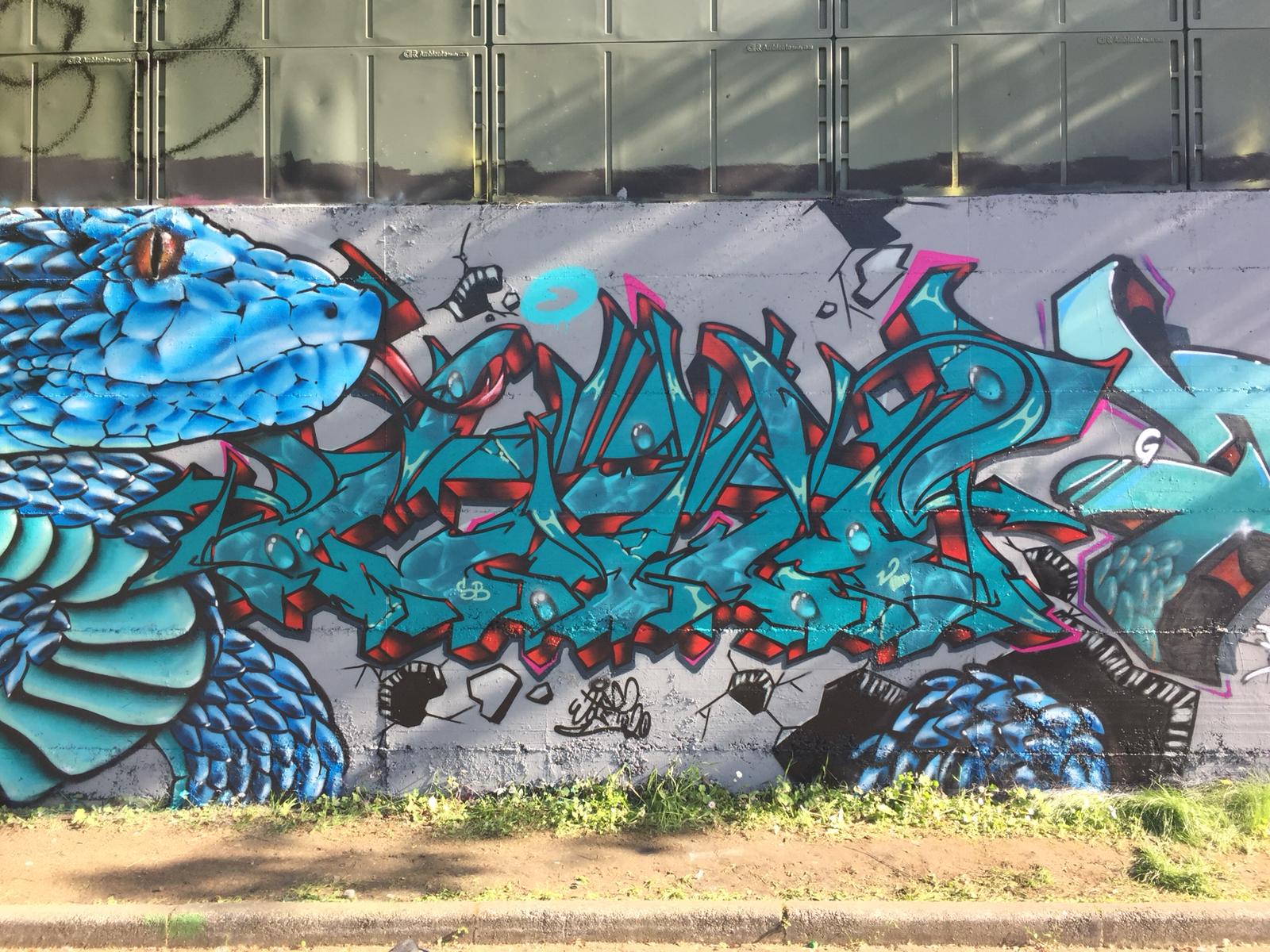 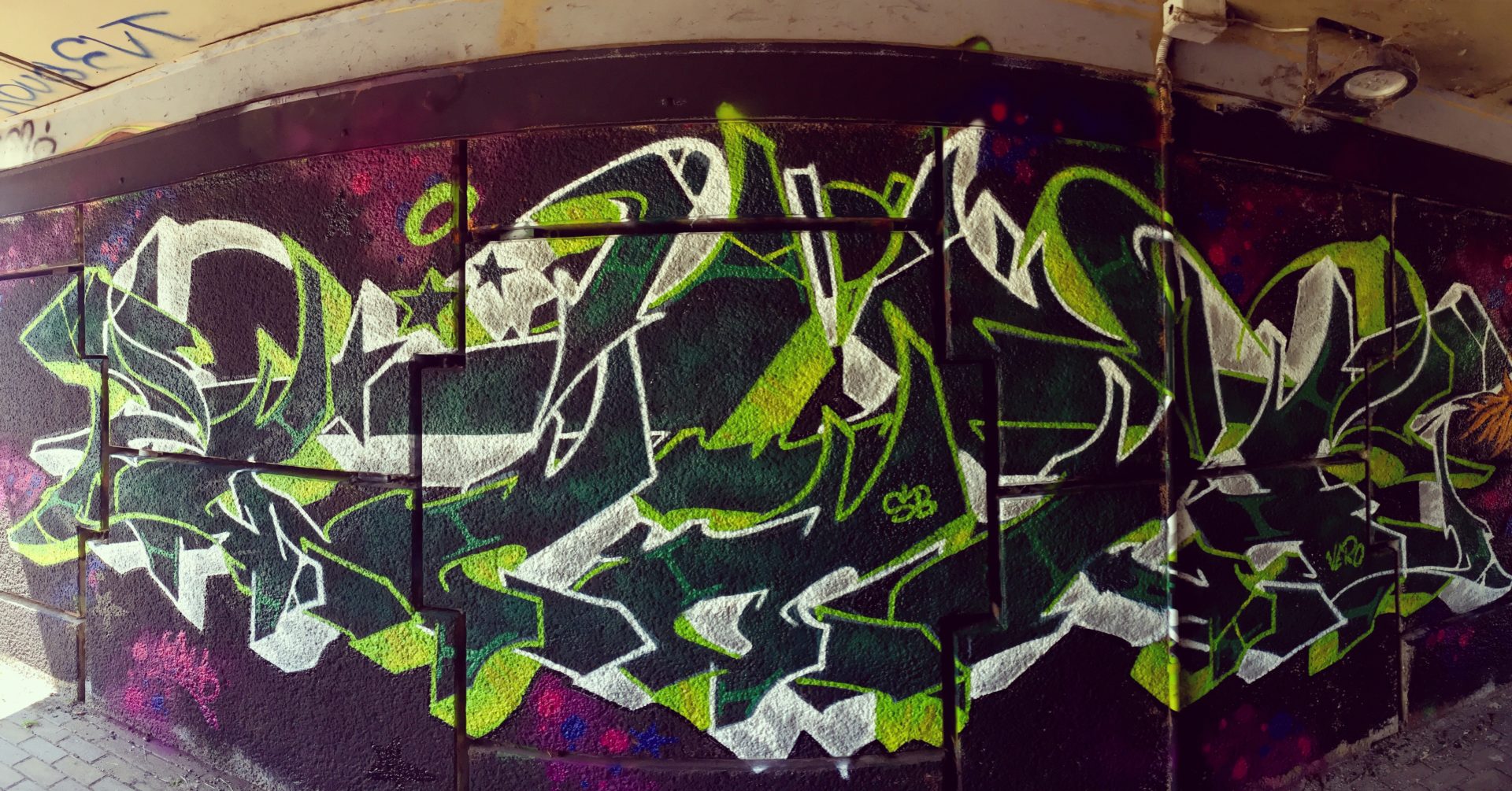 At the same time, through the local social cooperatives, Wolftwo carries on Graffiti courses in some schools of Legnano city. From 2019, unpleasantly struck by the national historical-humanitarian situation, he begins to politicize his work with resistance messages and popular struggle.