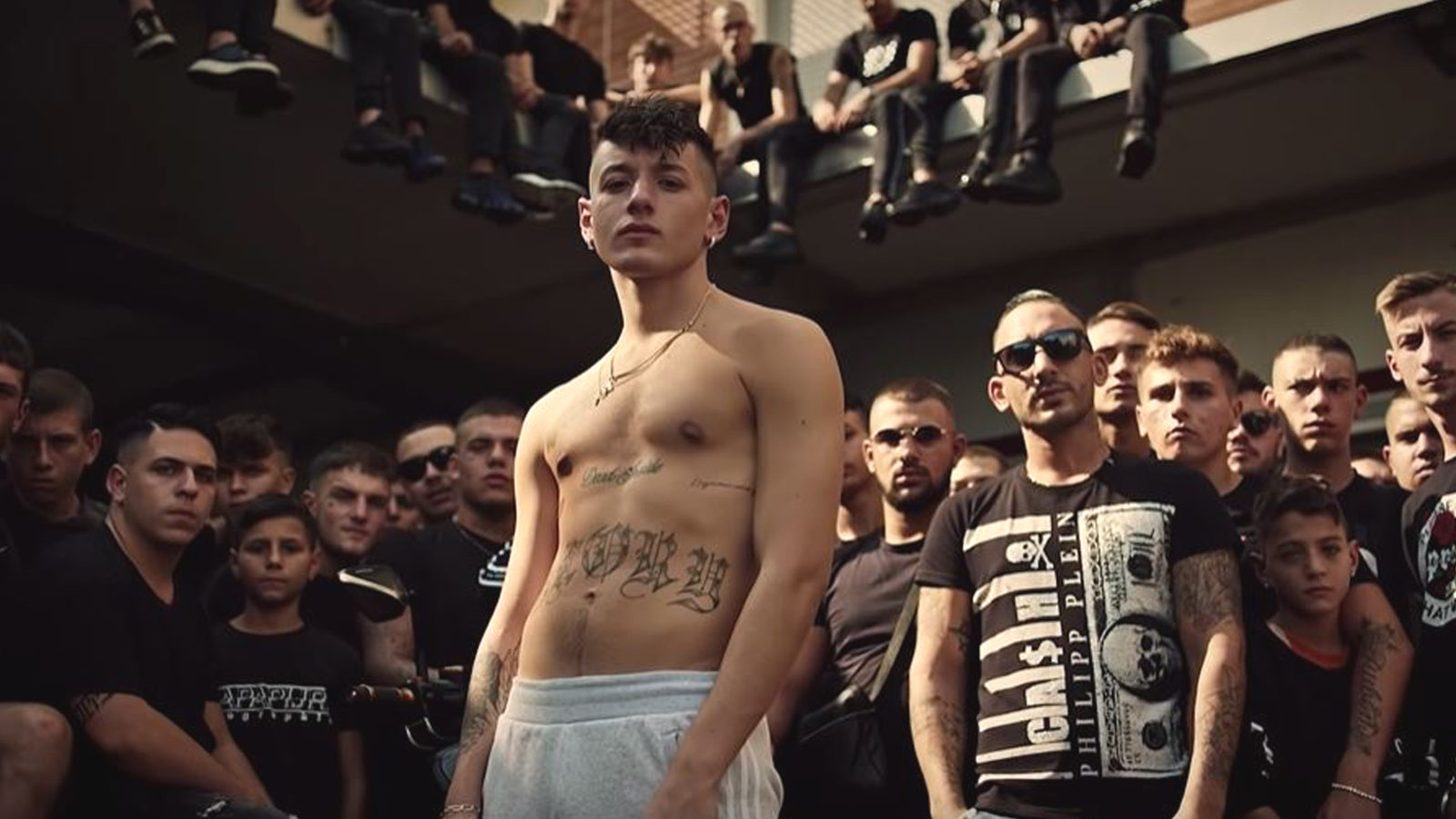 Paky is an artist from Naples but now is an outstanding figure in Rozzano, a small tothe Metropolitan area of Milan, mostly made of public housing blocks. Thanks to his songs turned into real national hit, the young rapper has conquered the wn in audience, in less than a year.

Pakartas (his other name) debuted in February with his first song “Tutti i miei frà” (all my brothers), showing off his natural predisposition to hit the stages. The Youtube video recorded straight away important numbers, collecting thousands of views in a few days.

The second step of his rise is characterised by the freestyle published for HipHopTender. “Paky Freestyle” confirmed the important numbers of the first release. After the first two hits, on October 2nd arrived the final explosion of the artist through the great success of his last song entitled “Rozzi”. This last song witnessed a great media resonance getting into all the Italian headphones in just a few days. In fact, he has currently recorded almost 2 million views in less than a month. As the title says, Rozzi is a tribute to the place where he lives and a proof of his strong bond with his hood and its people.

Sometimes, looking forward is a gift of few but given to the pure talent demonstrated by Paky, we can certainly say that from here onwards he’ll have a long career, full of successes and satisfactions. We wish Paky more of these great hits and we are here to spot the rise of the next champion of the Italian rap.