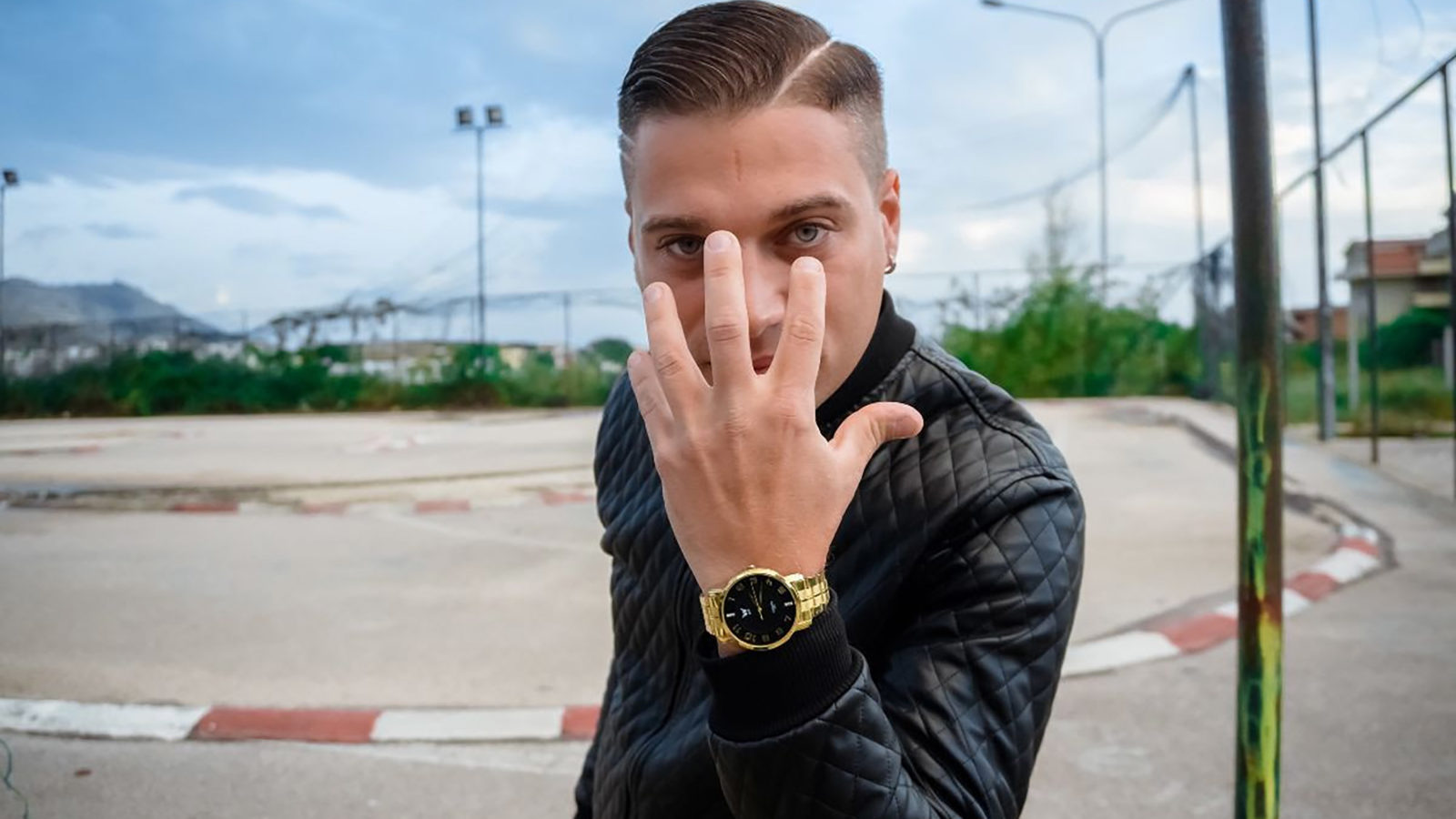 Speranza is a unique artist in the Italian panorama. He was born in Caserta but grew up in the French suburbs and he immediately distinguished himself with his aggressive and direct style. Through his rough voice and raw rhymes, he tells the reality of the Campania region and the difficulties of the street life. Referring to few available news about his personal life, we can say that his name is Ugo Scicolone and he comes from an Italian father and a French mother.

In fact, Speranza, was born in Italy, but due to some family problems he moved in a dormitory district in Behren-lès-Forbach (France), with his mother, located not far from Strasbourg, on the border with Germany. Speranza grew up among the buildings of Behren, populated by a huge Maghreb community, living in a very multi-ethnic environment and since he was a boy approached the Hip-Hop culture, already deeply rooted in every French banlieue.

Here he started to write his first rap lyrics in French, inspired by rappers such as NTM. Immigrant among immigrants, he understands and appreciates the value of the cultural diversity. He is also strongly influenced by the cultural mix of his city as he shown through his music; where often the Italian-French rapper use different languages and dialects.

After finishing the school in France; struggling to find an economic balance, he decided to return to Caserta, neglecting for years his passion for music also due to some alcohol problems. In fact, until 2017, his musical projects consist only of few songs under the pseudonym Ugo de la Napoli; where melodic line and rap merge into gypsy musical influences.
Back in Caserta, Speranza was encouraged to rap again by his friend Barracano. From that day on, in about a year, he released a series of singles that put his name in the limelight: “Chiavt a Mammt”, the series “Spall a Sott” and “Sparalo”, “Givova”, “Pagnale”, “Sirene” and “Manfredi”.

After these works, Speranza was estimated by several well-known names of the Italian Hip-Hop scene, being also mentioned in various interviews and receiving a lot of props. Last year the Italian-French rapper enriched his “curriculum” with the song “Modalità”, made with his homie Barracano and with  the song “Salut” with the Napolitan rapper, ex Cos’ang member, ‘Nto. Another colleague and friend of Speranza is definitely Massimo Pericolo. It’s cause of him and his friend Barracano that he toured back last year, bringing their successes around the best clubs of the main Italian cities.

Speranza‘s musical career now seems to be definitively on the launching pad, as evidenced in the early 2020, with the latest street banger ‘‘Sciacalli’’ made in collaboration with the legendary Roman rapper Noyz Narcos and the DJ/producer TY1 from Salerno.

In our opinion Speranza certainly represents a fresh breath air for the Italian rap lovers. In fact, the rapper from Caserta seems to represents the link between the old and the new school, which seems to be missing nowadays. He is also a solid and interesting character, able to transmit valid contents and values also with a credible voice to tell the stories of marginalization and social unrest, which unfortunately link many young Italian people.

The climb of Samurai Jay