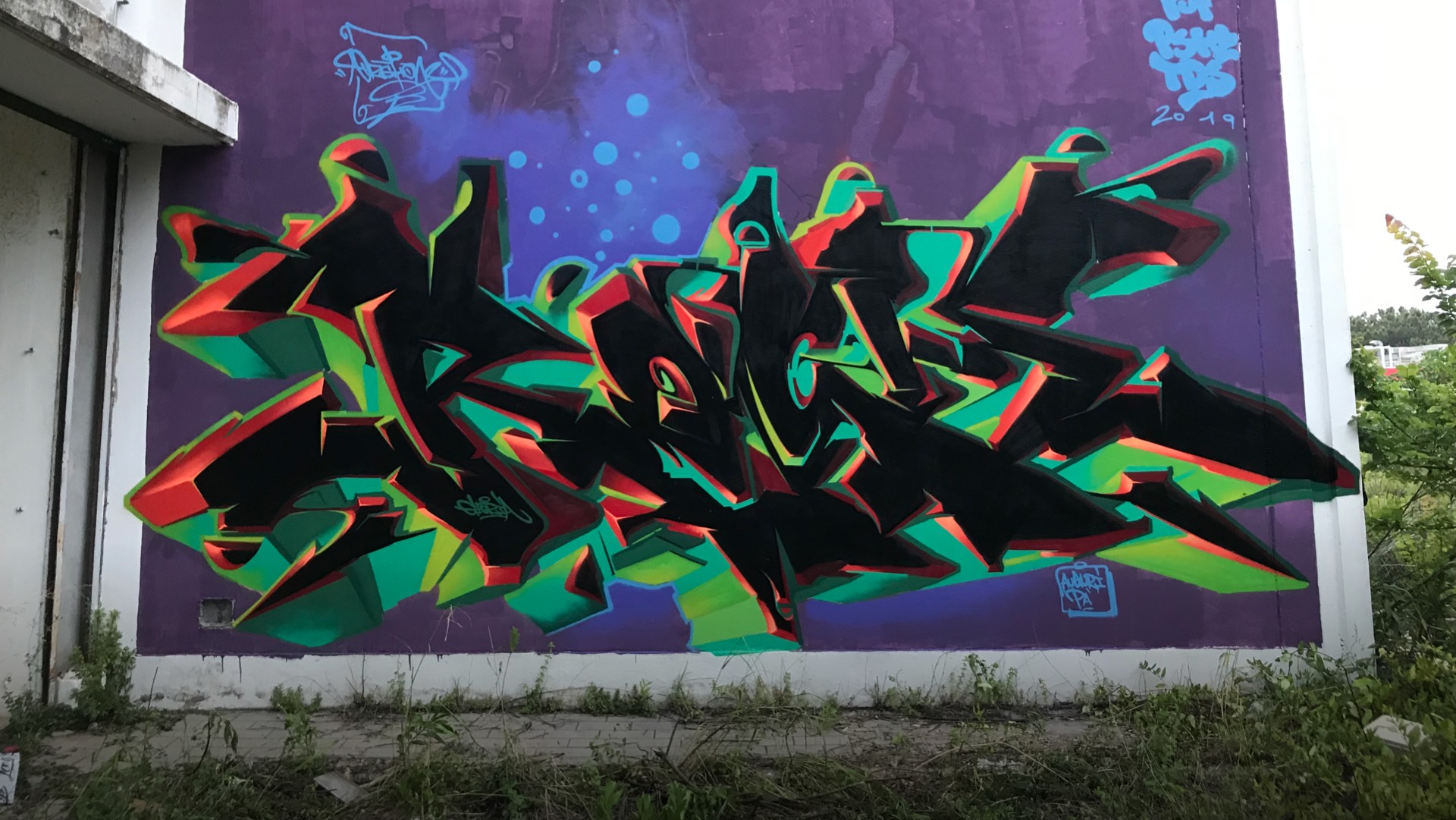 Orghone was born in Rome in 1983, where he attended the Art Institute. Even as a child his interest in graffiti was born looking of the painted panels of the trains during his trips to the sea as well as photographing the graffiti writers at the time of the Jam in the Capital City. In 1996 he began to approach graffiti with the first tags and flops in his neighbourhood. The first results are colored semi flops and at that time met Some and Aspe with whom he founded the “Genuine Crew “, also including Thoms . 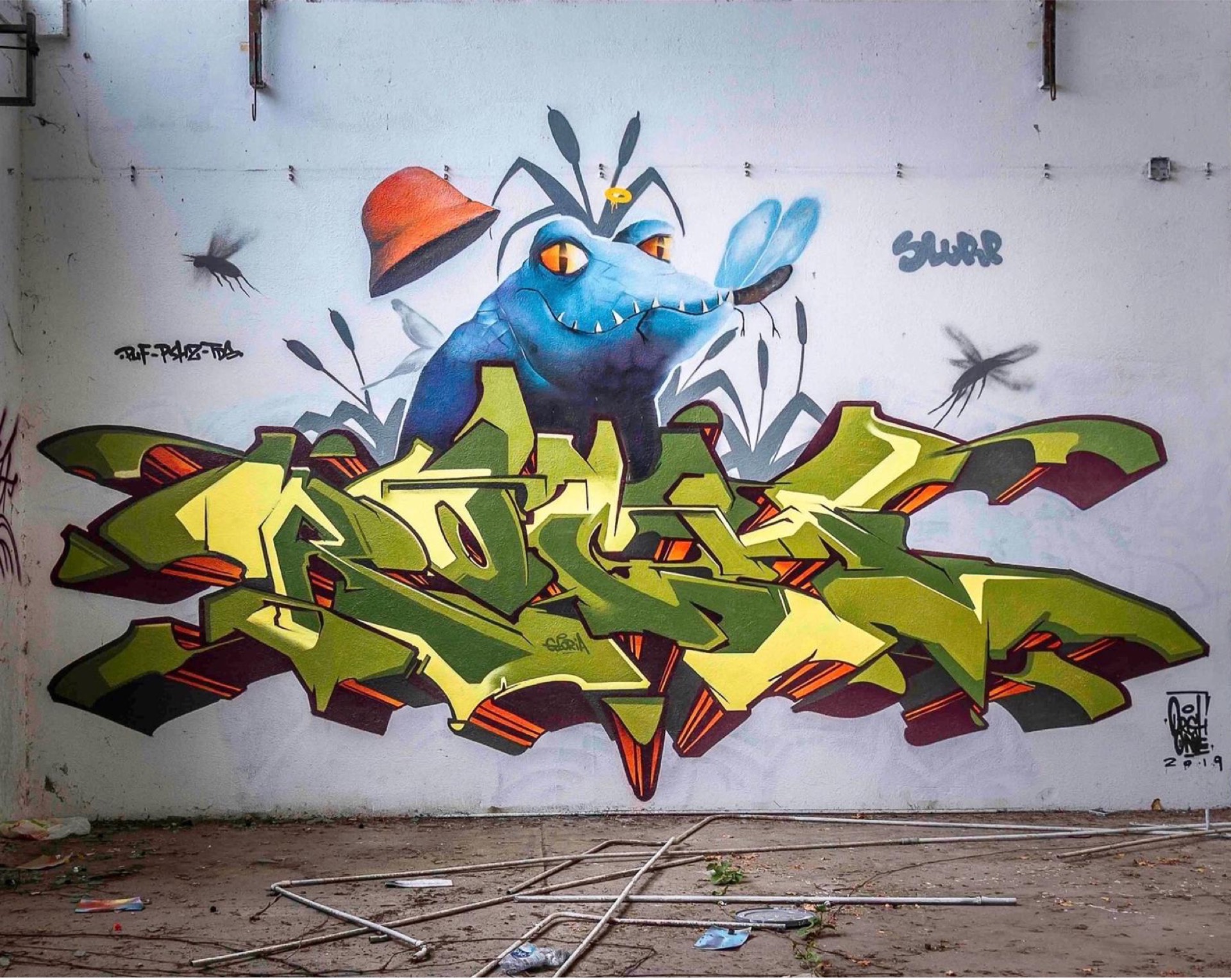 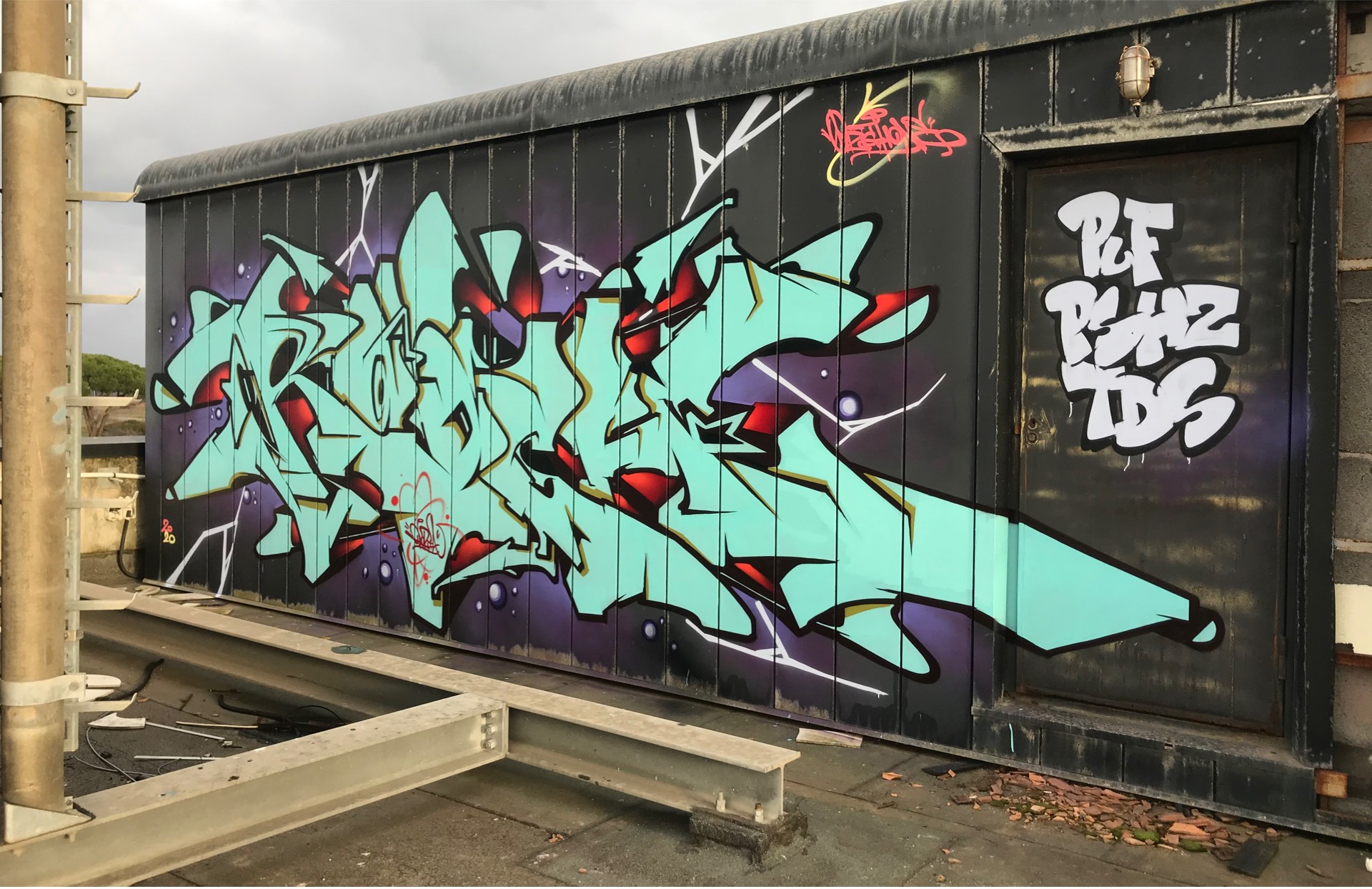 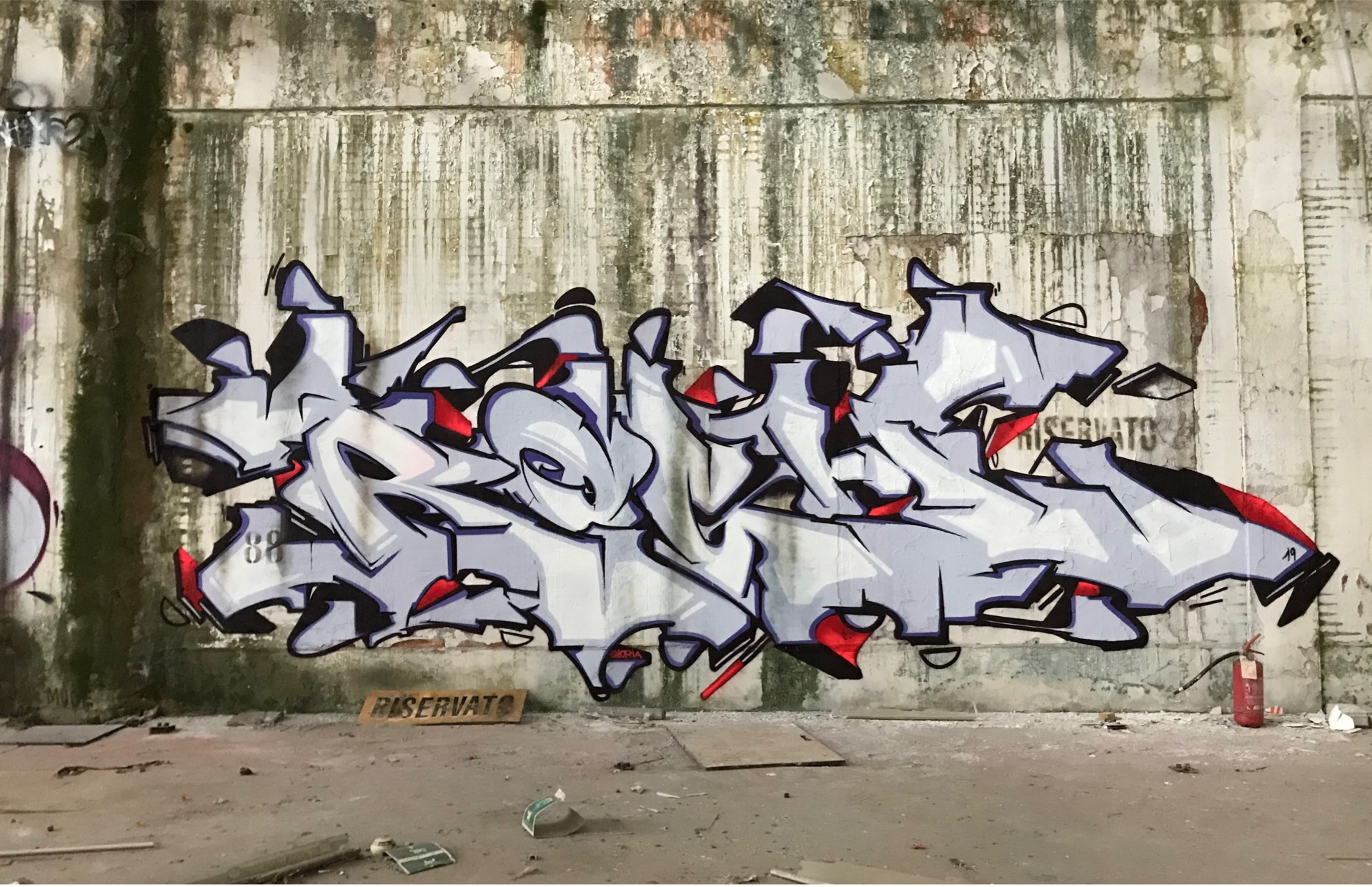 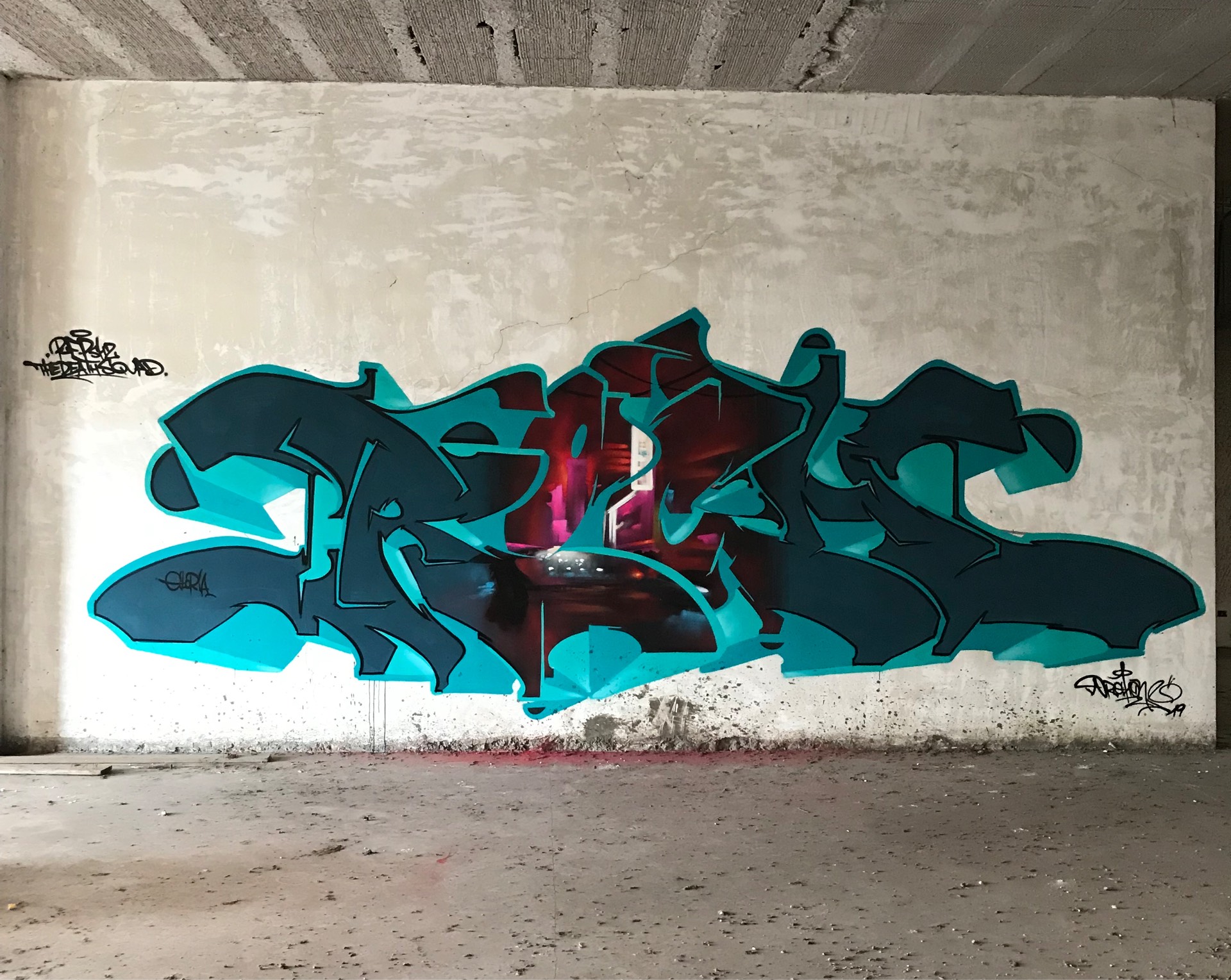 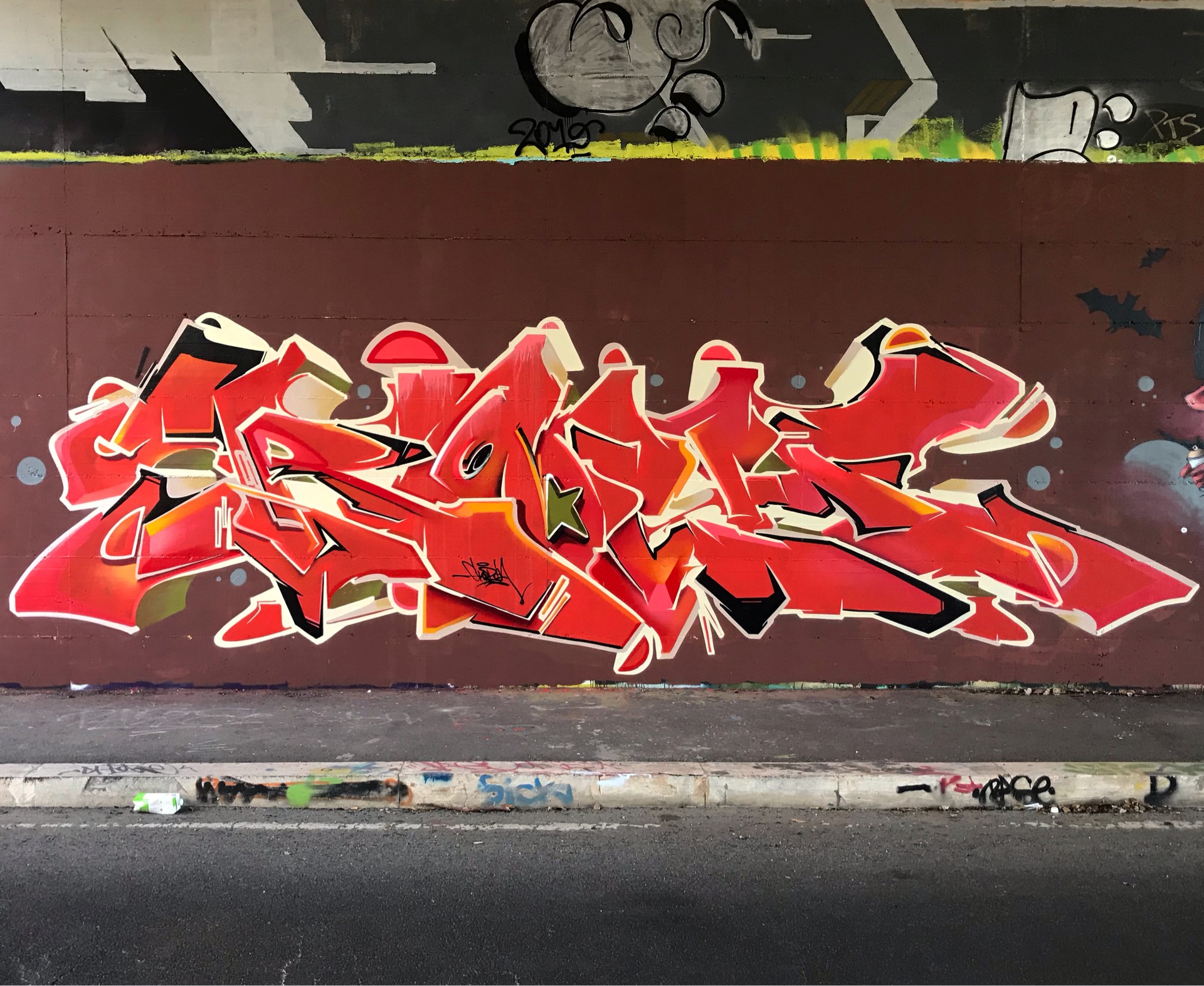 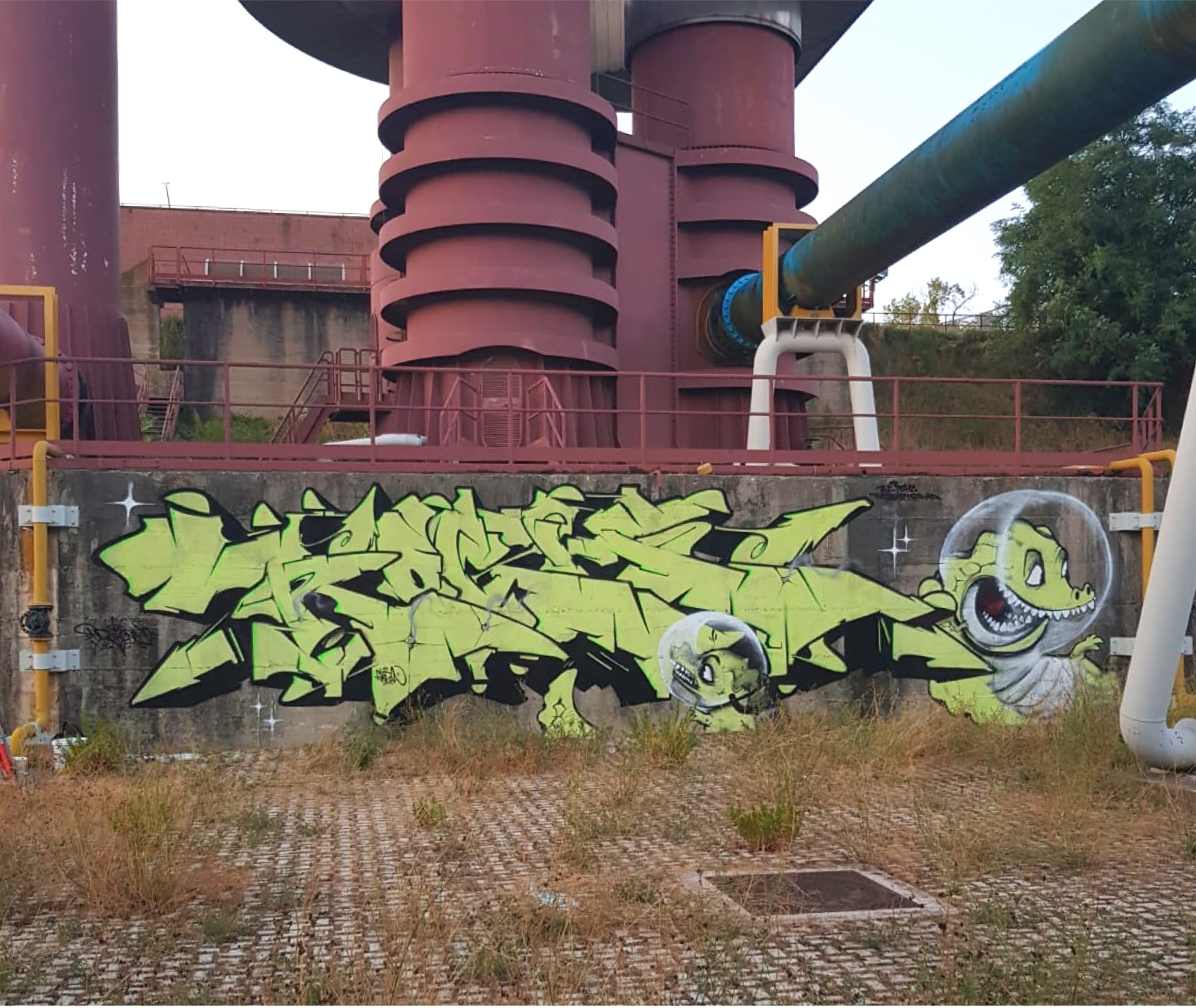 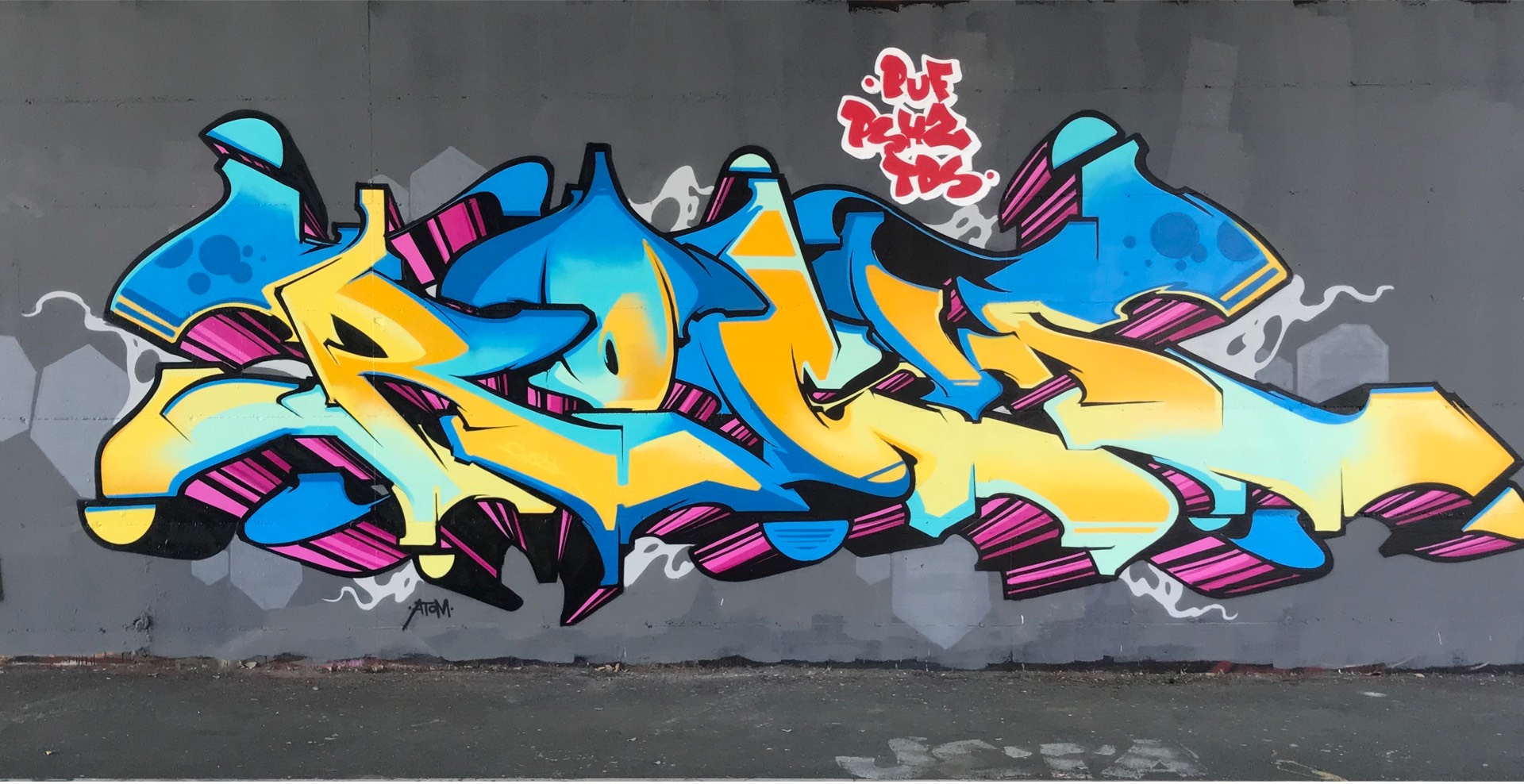 1999 was a year that led to a total change in its style, embracing 3D and he began with its crew to give a new boost to the graffiti scene in Rome by organizing complete themed walls with a strong social impact. At the same time he began to travel and to participate as a writer in various important jams and events such as the Amazing Day and the Meeting of Styles. Here he gained an excellent position on the scene, participating in various collectives. In 2015 he organized his first personal jam in Rome, “Animal Letters”.

Over the years the style undergoes several changes, as he decided to abandon the 3D returning to the 2d passion with the wild style and getting back a semi wild.
He brings back to the walls, with excellent results the realistic style used on paper combined with ” semiwild ” style lettering. He combines warm and cold colors working a lot on the chromatic shades of the walls. 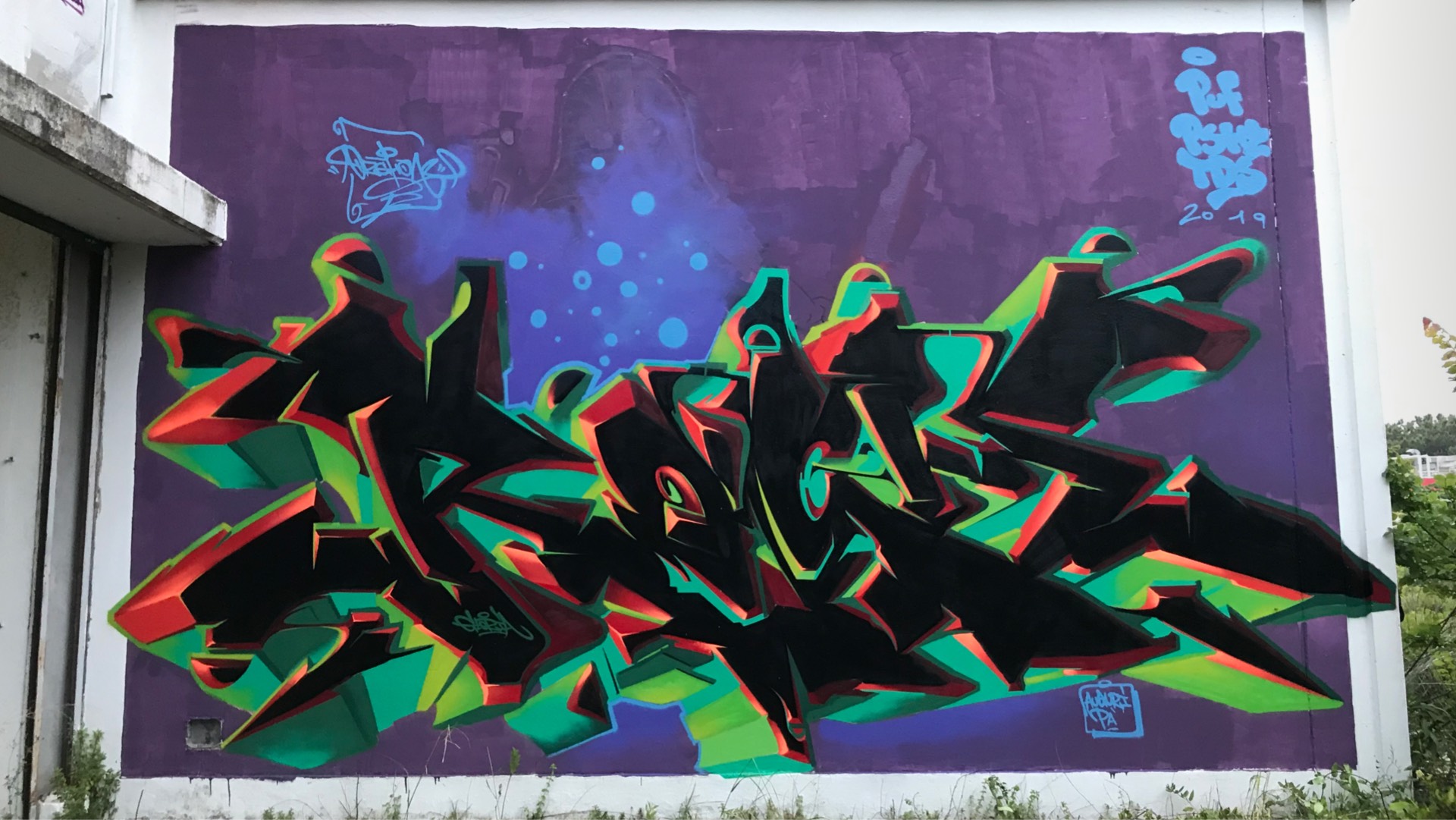 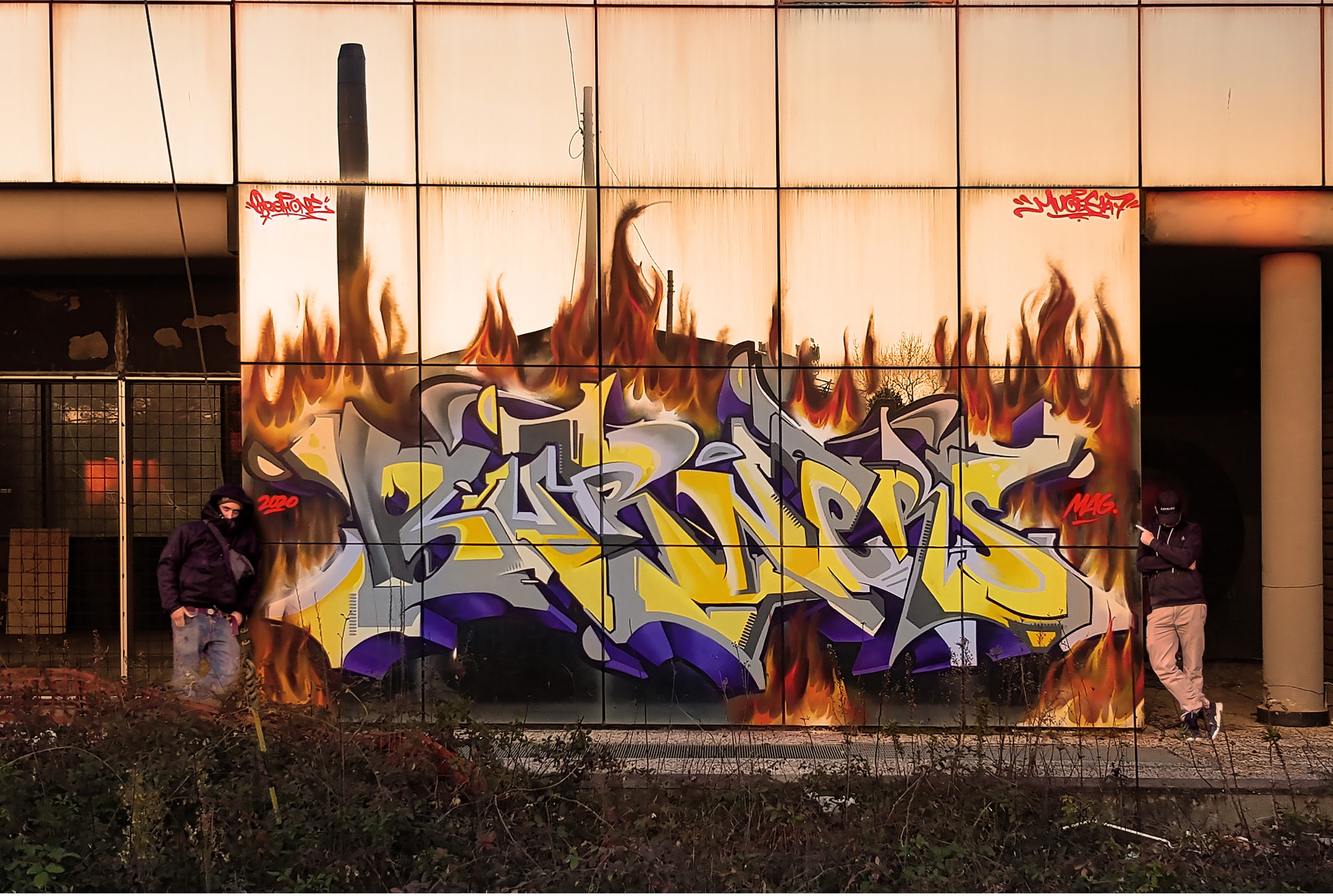 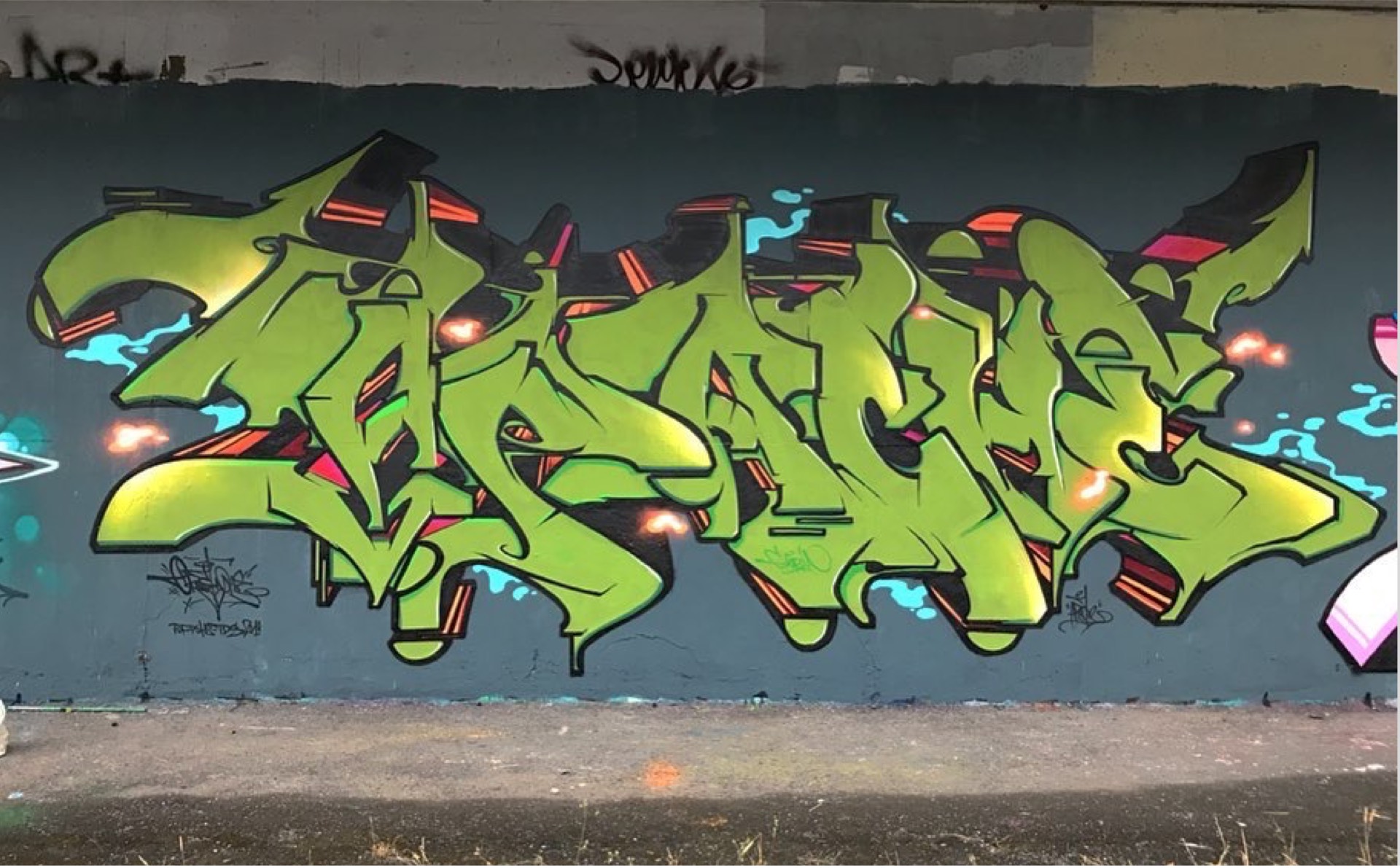 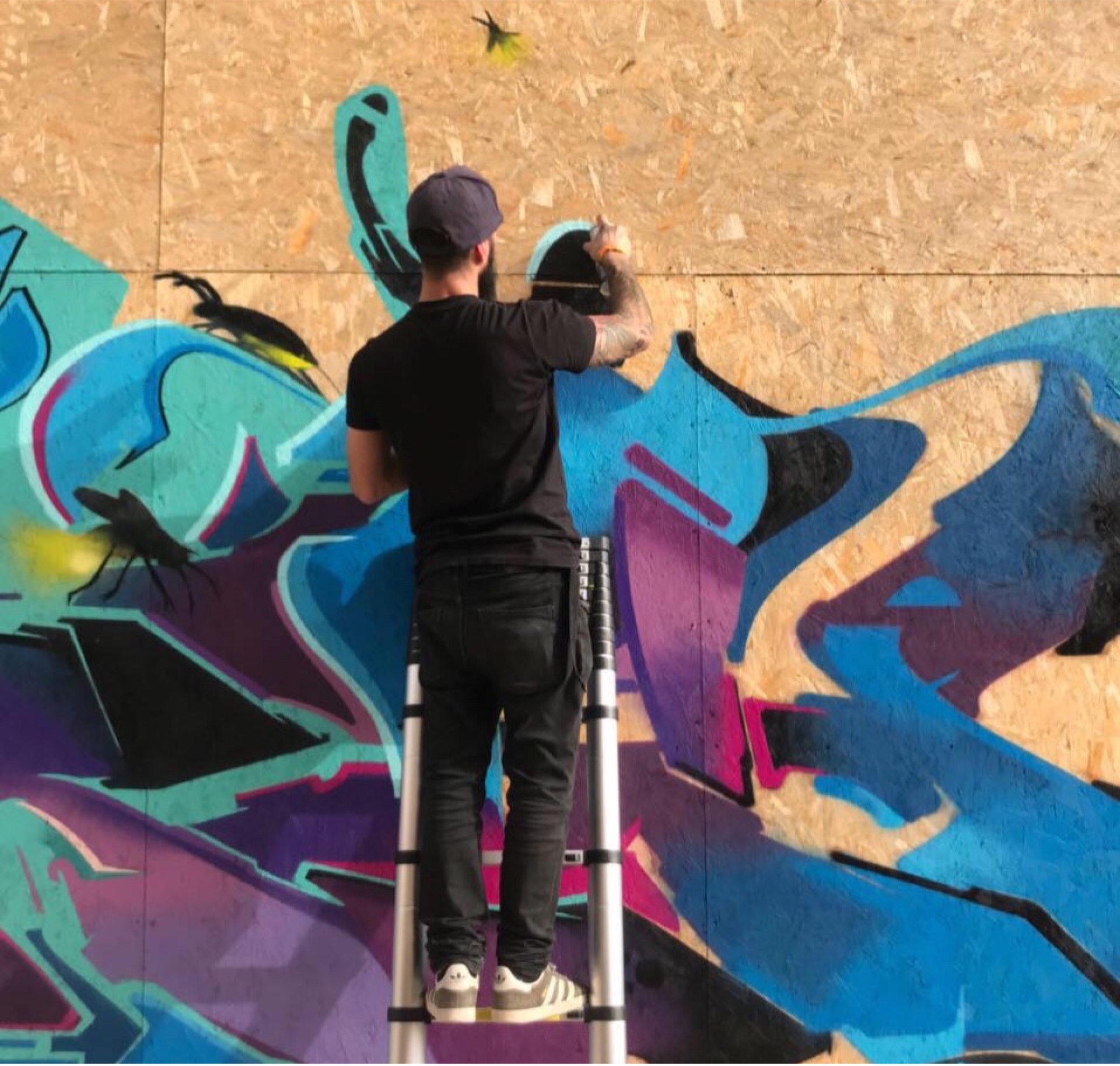 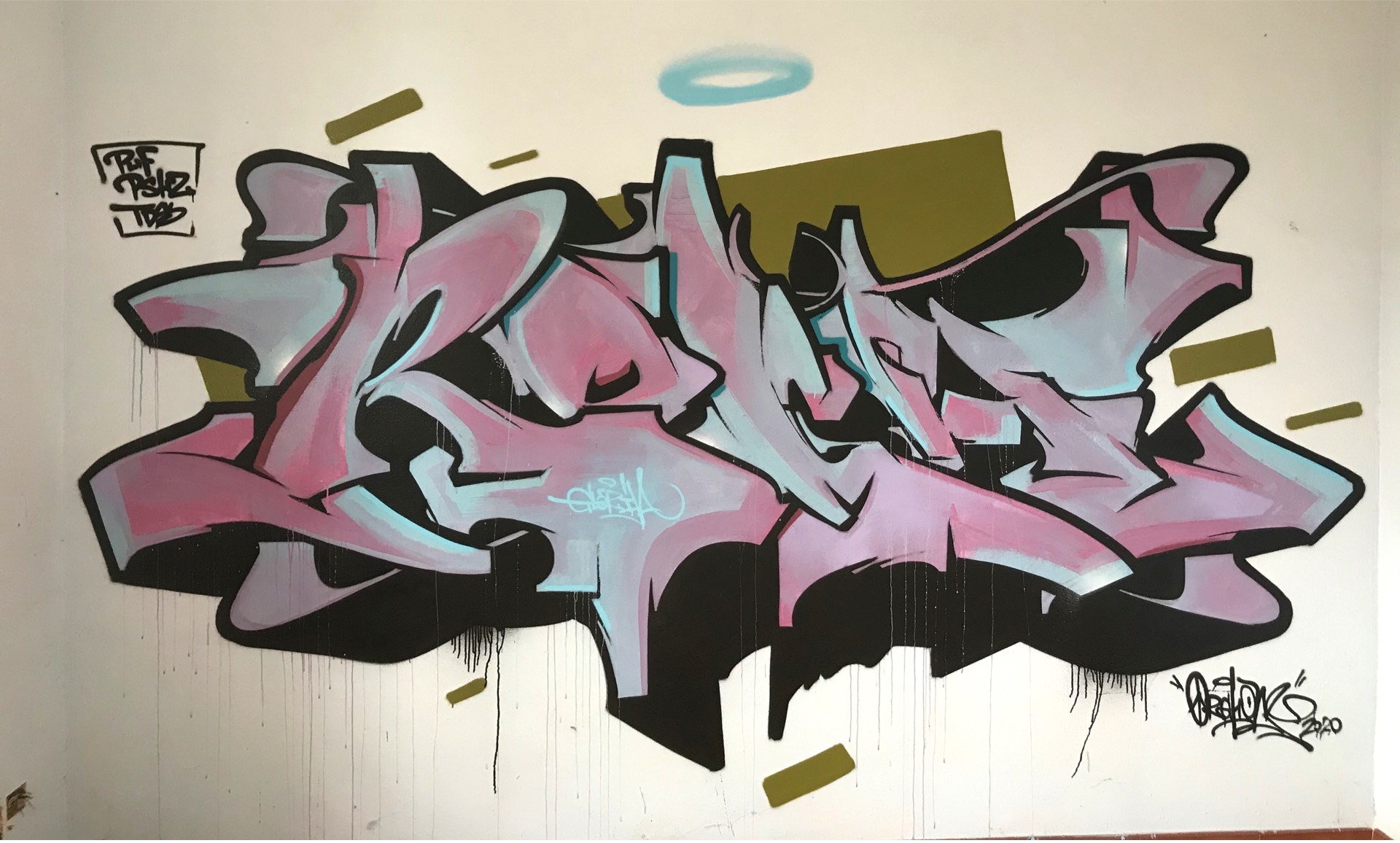 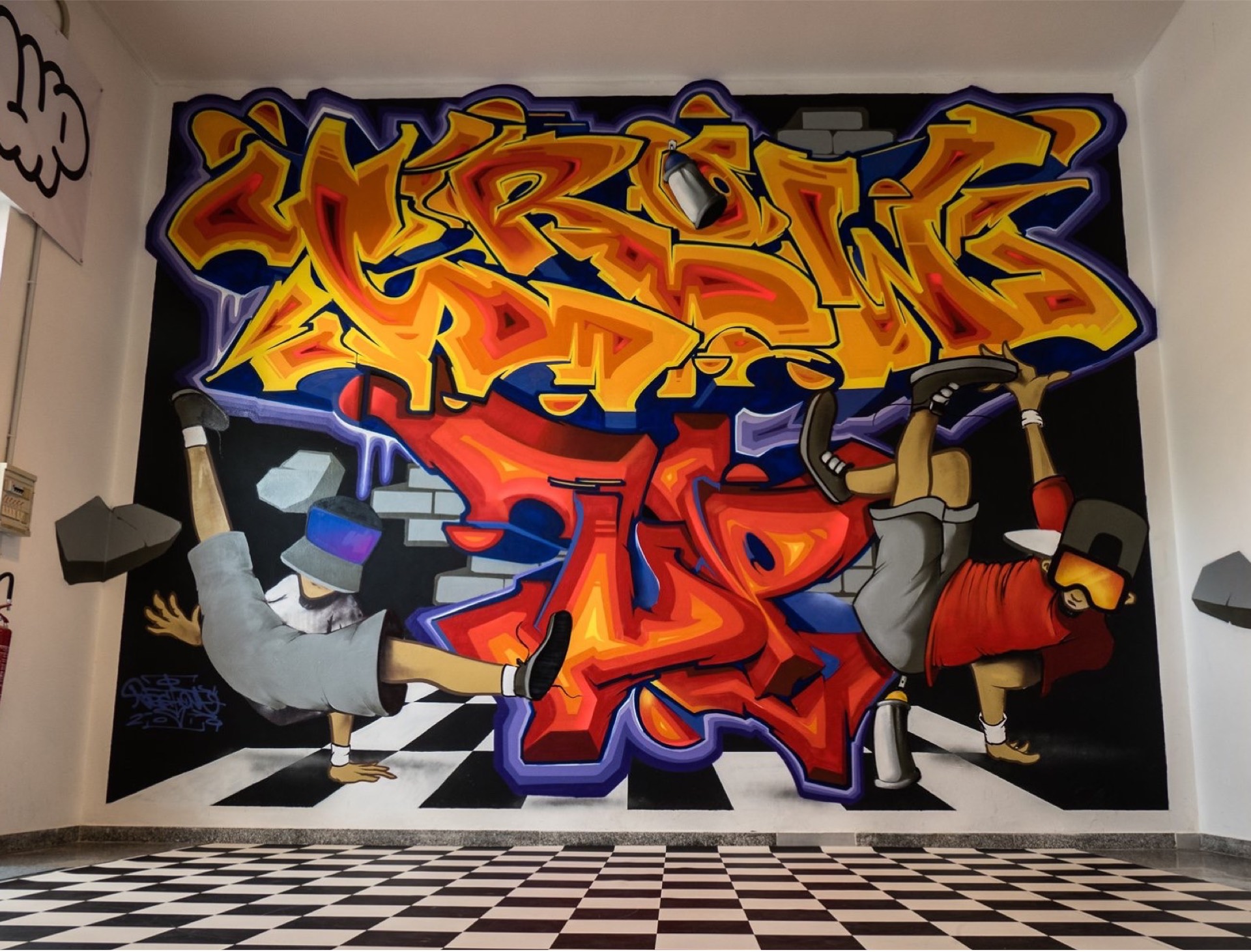 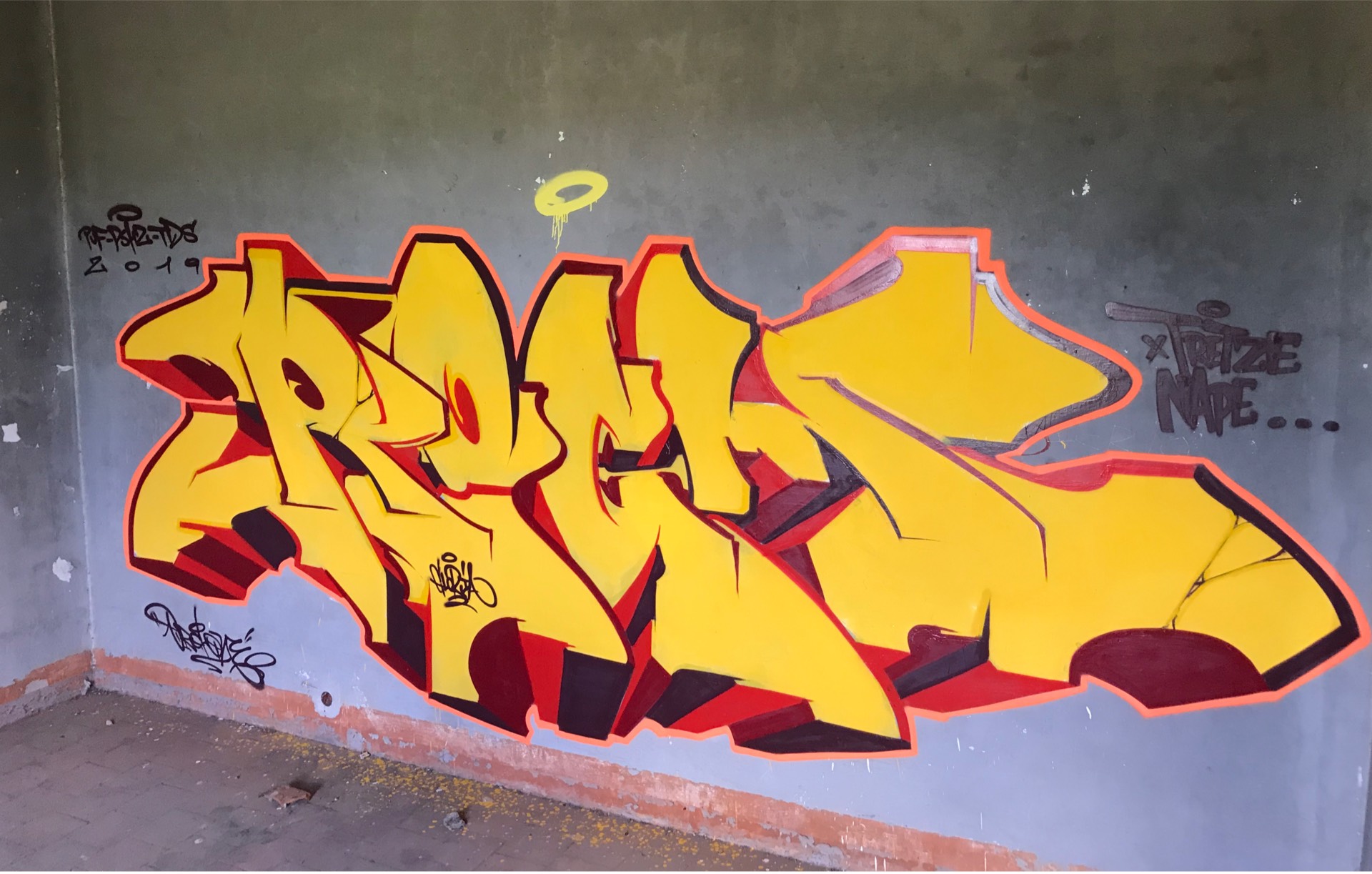 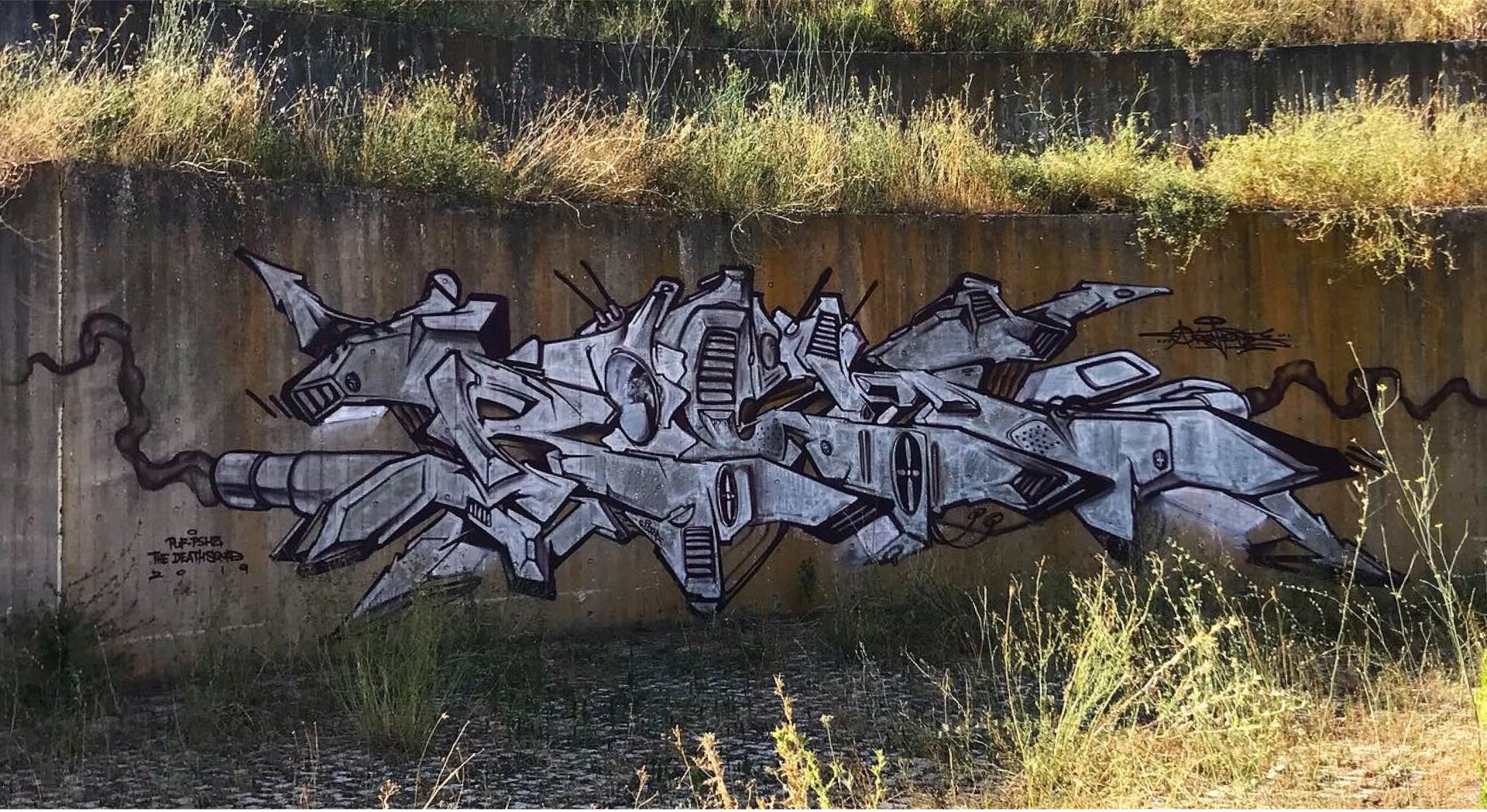 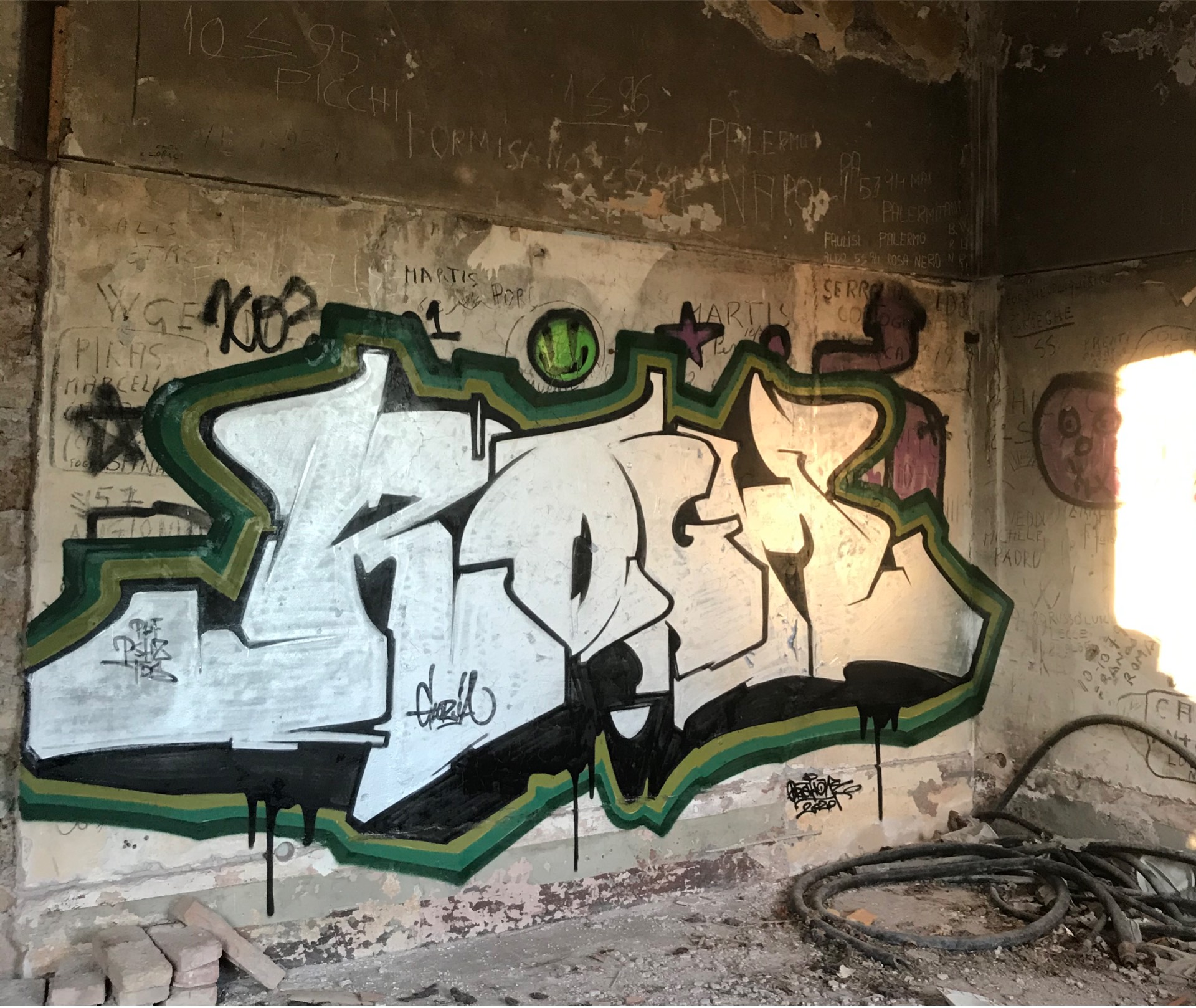 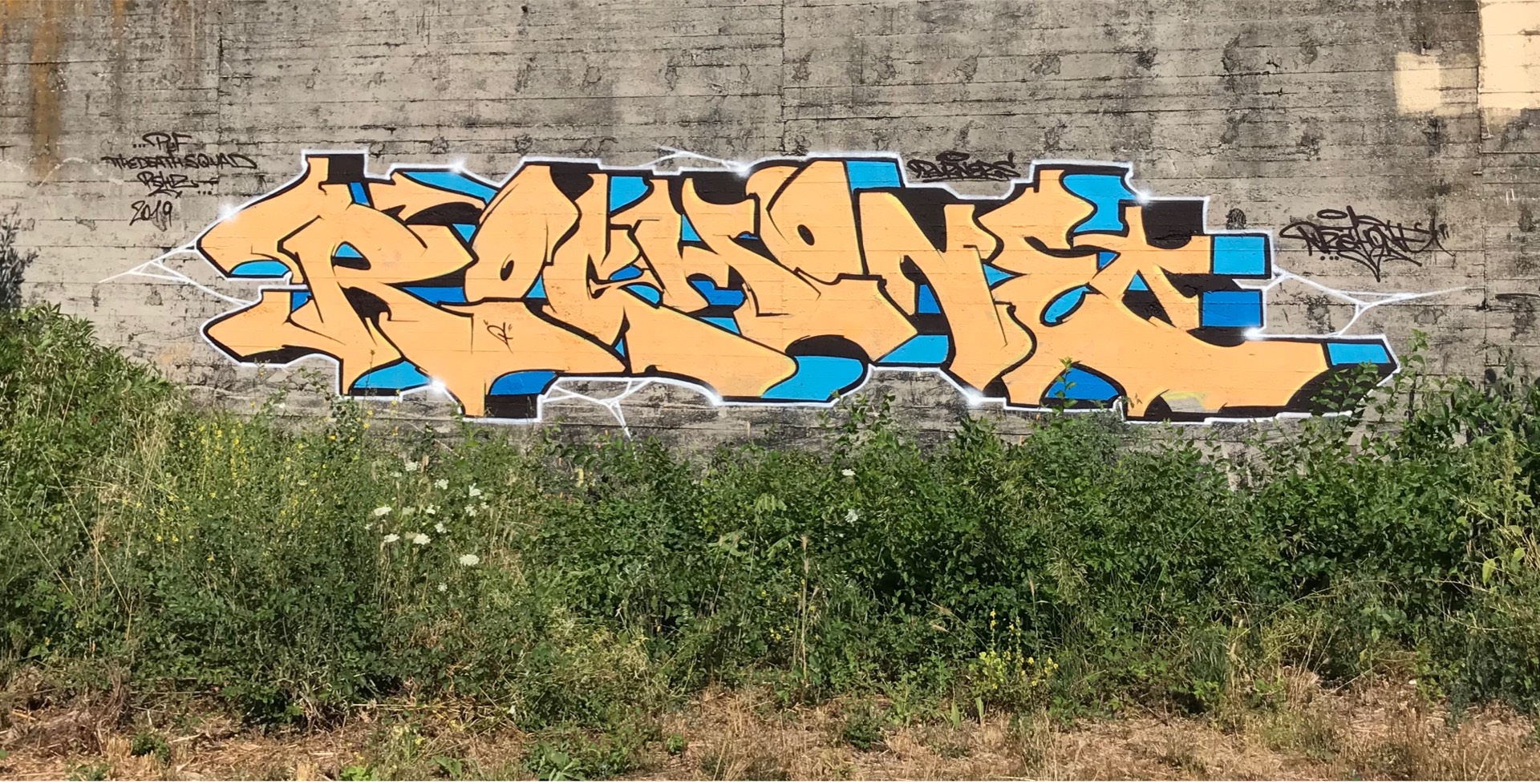 He boasts important collaborations with great artists such as Thoms , Etnik , Dater , Wany , Keen Rock.He founded a new crew “The Pushers” made up of Blef , Enko4, Imen and Mr Pollo. In 2015 he joined the Puf crew , active since 1996. In 2017 he joined the historic New York crew ‘‘The Death Squad ‘‘ active since the 70s.

I prefer to paint on rough walls, better if damaged by time. I think this is the best support, the space where I can express myself...
Orghone Interview »

Among the most significant work experiences are the Italian Soccer Team AS Roma in 2017, the collaborations with the well-known manufacturer of spray paint Loop Colors for which he creates several walls and the Italian Fashion brand Fendi for the realization of two works in collaboration with its partner Nina at the Palazzo della Civiltà del Lavoro in Rome. 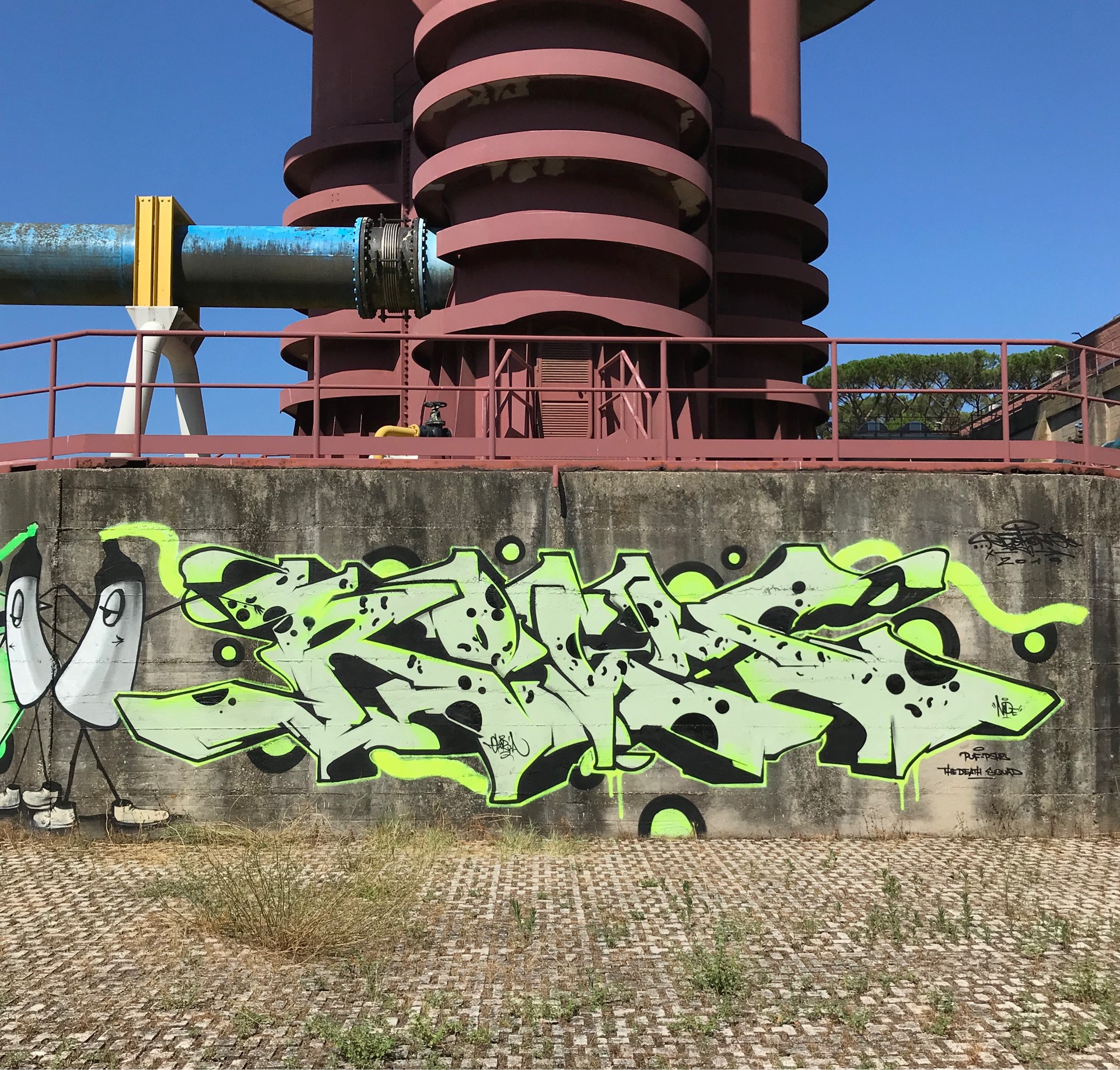 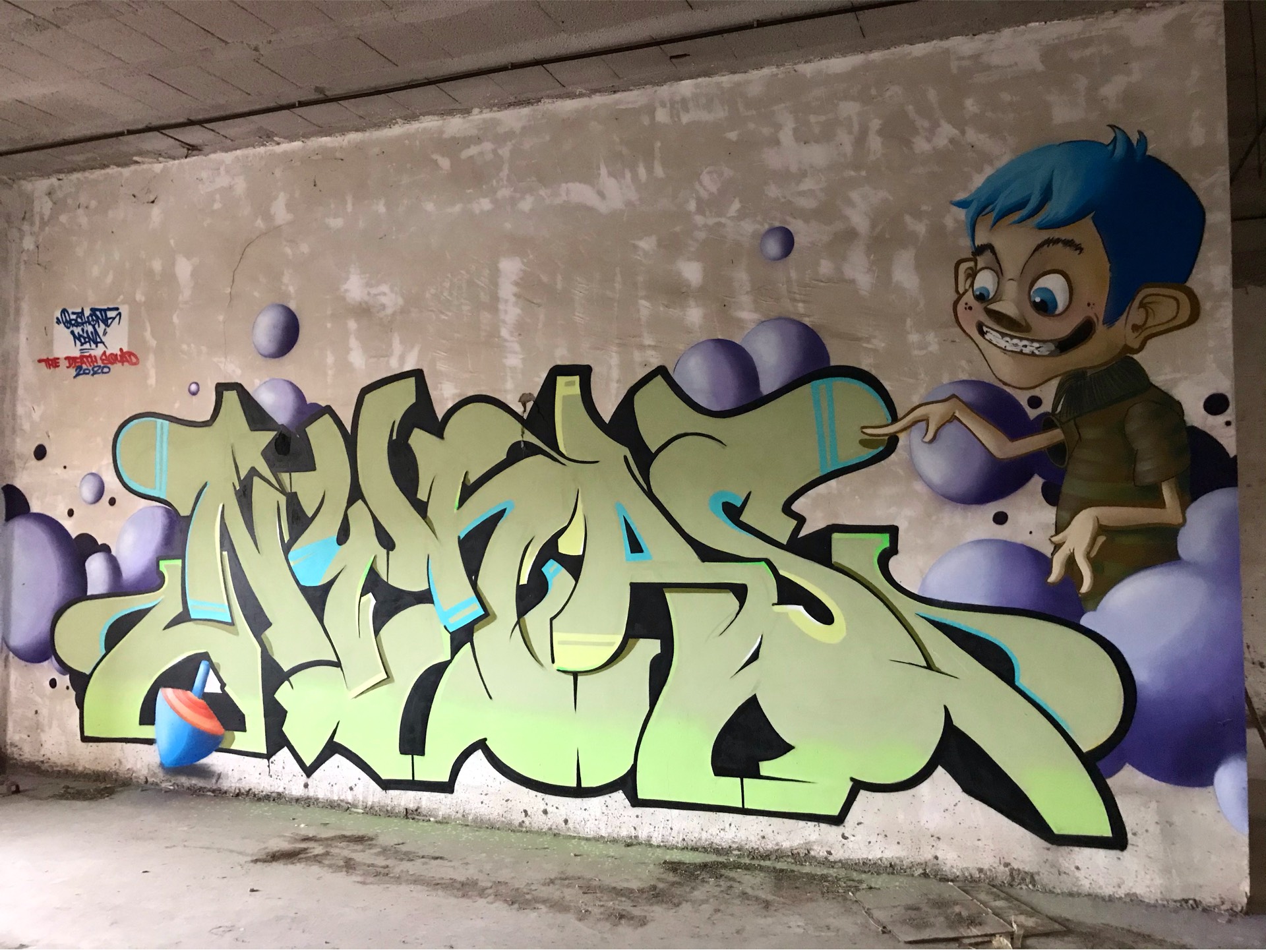 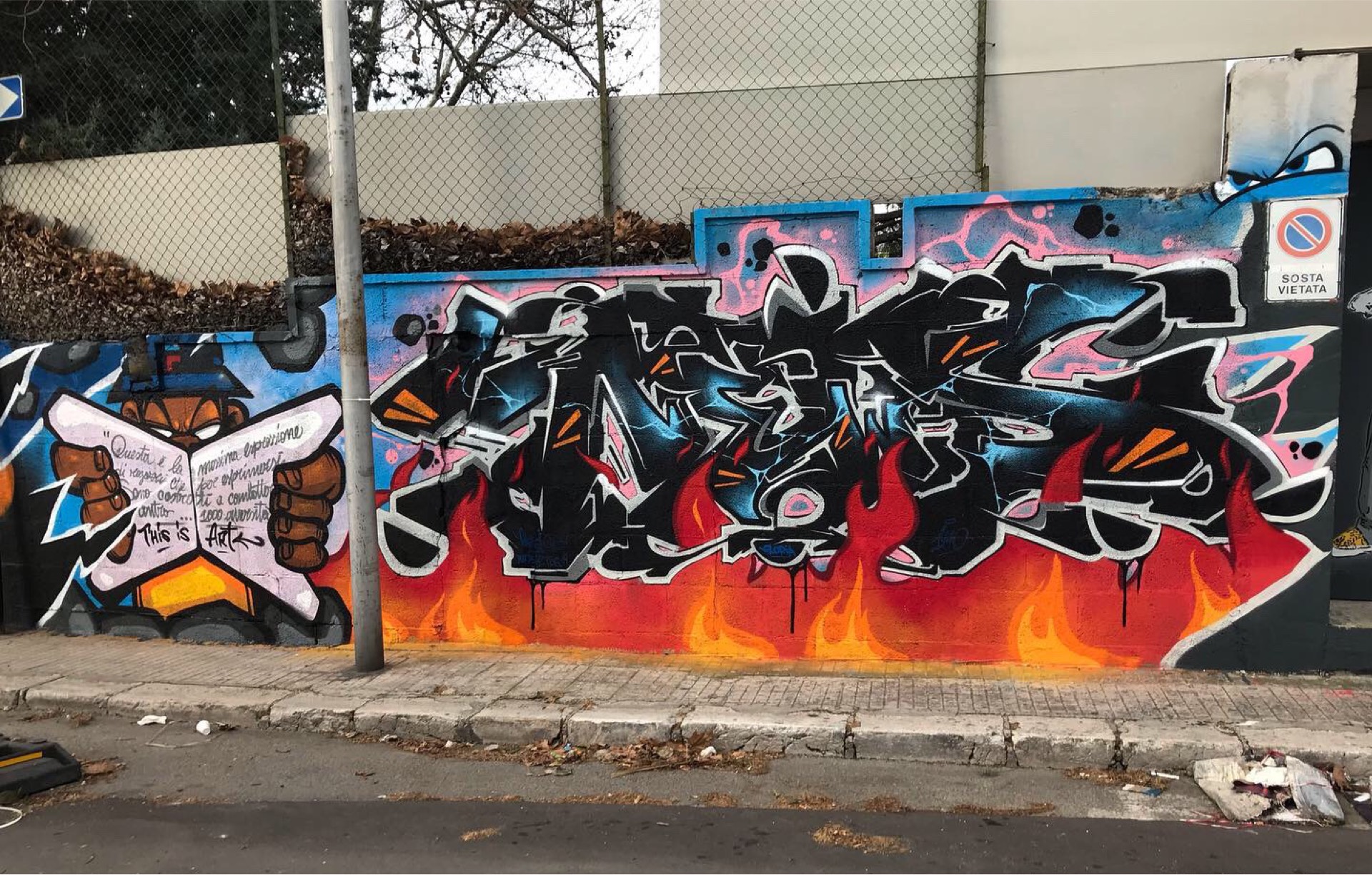 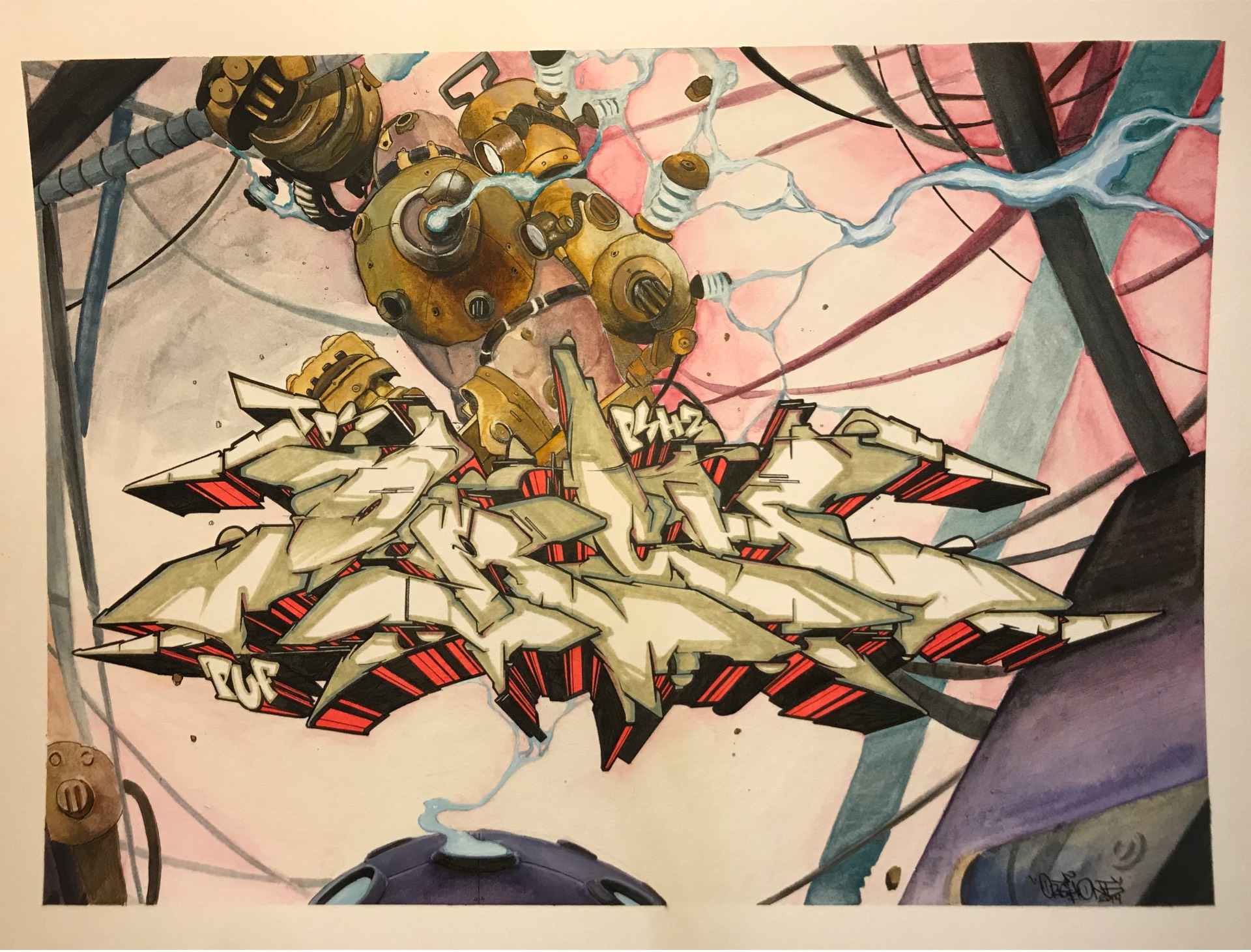 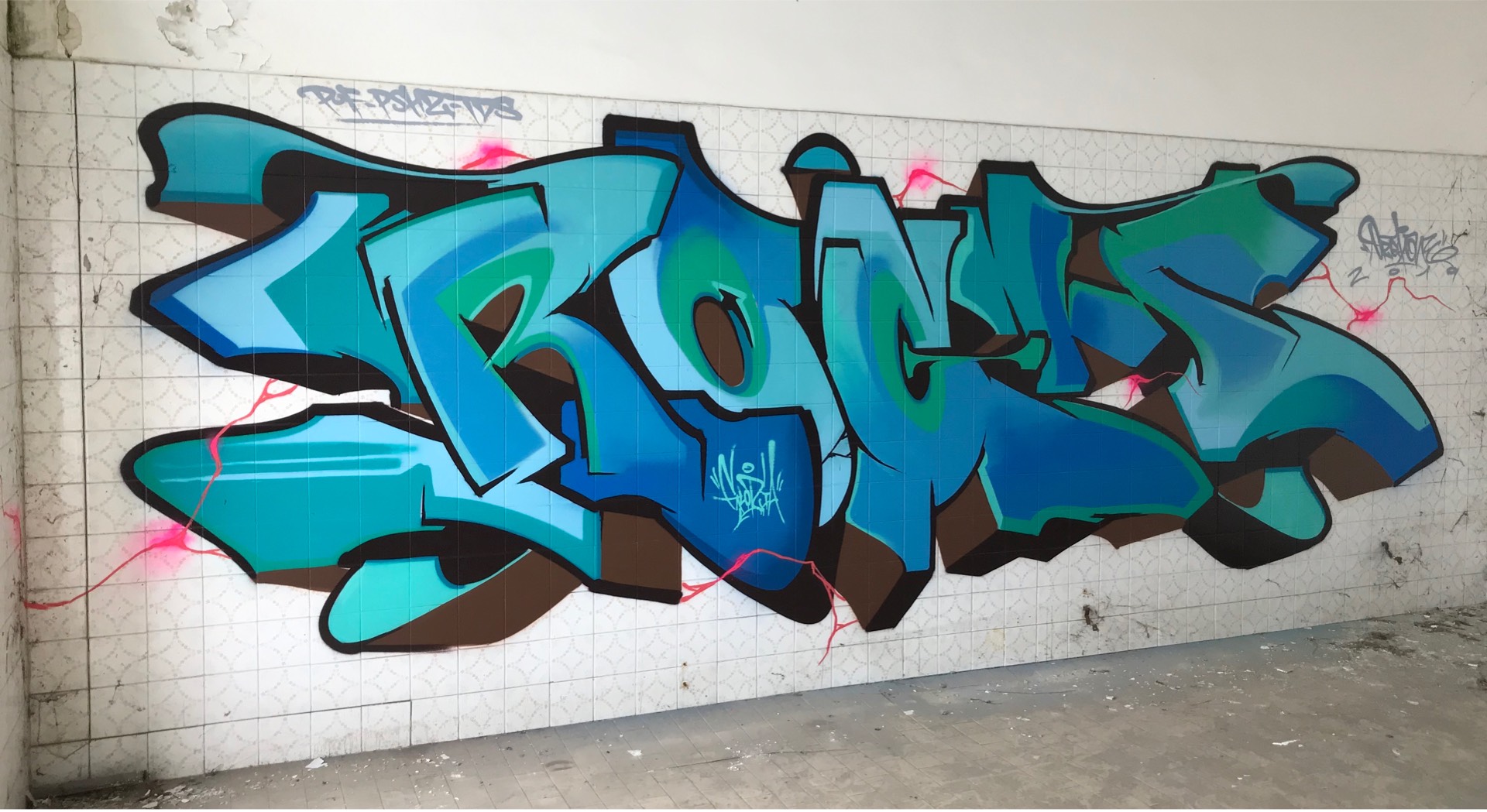 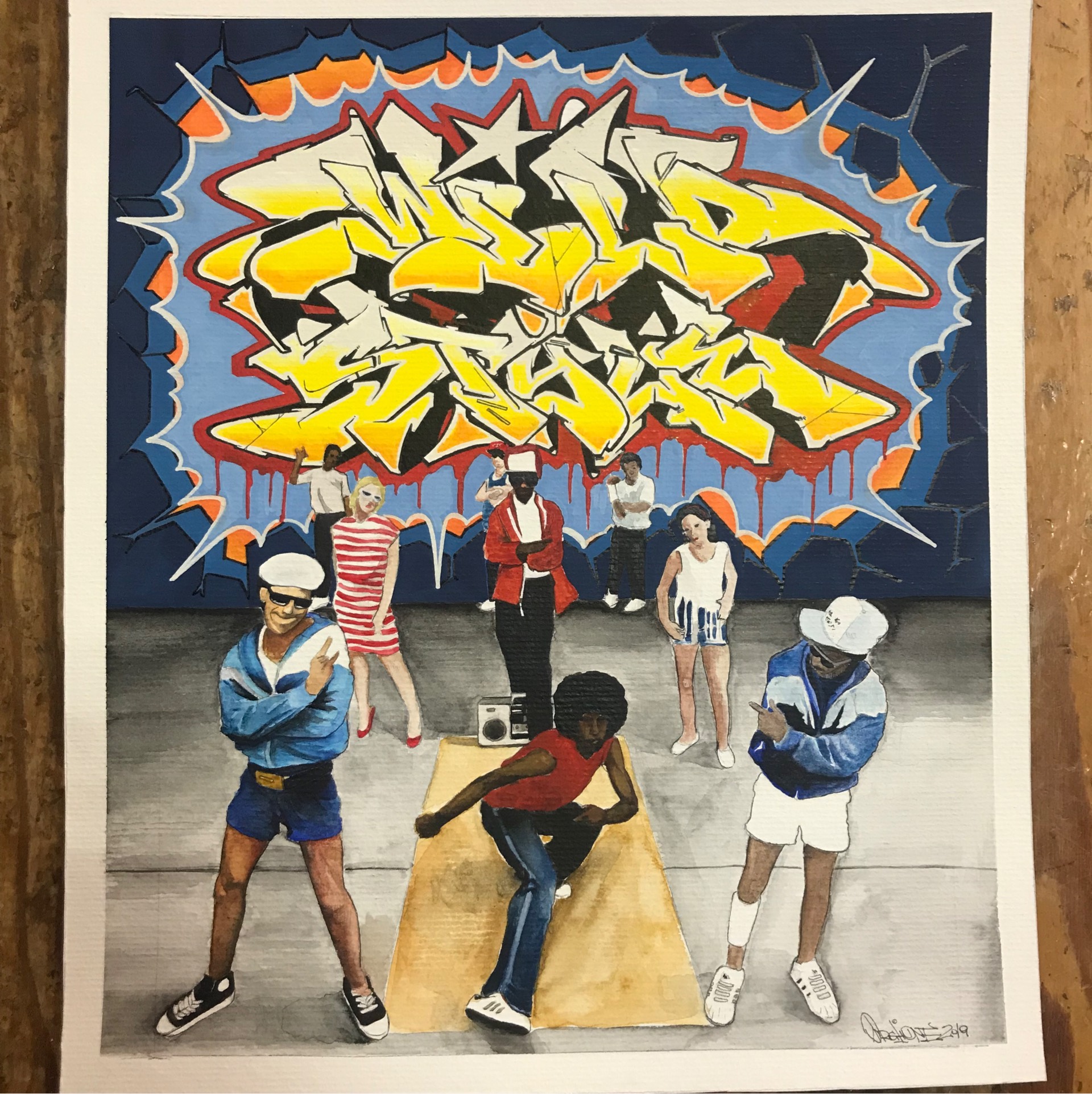 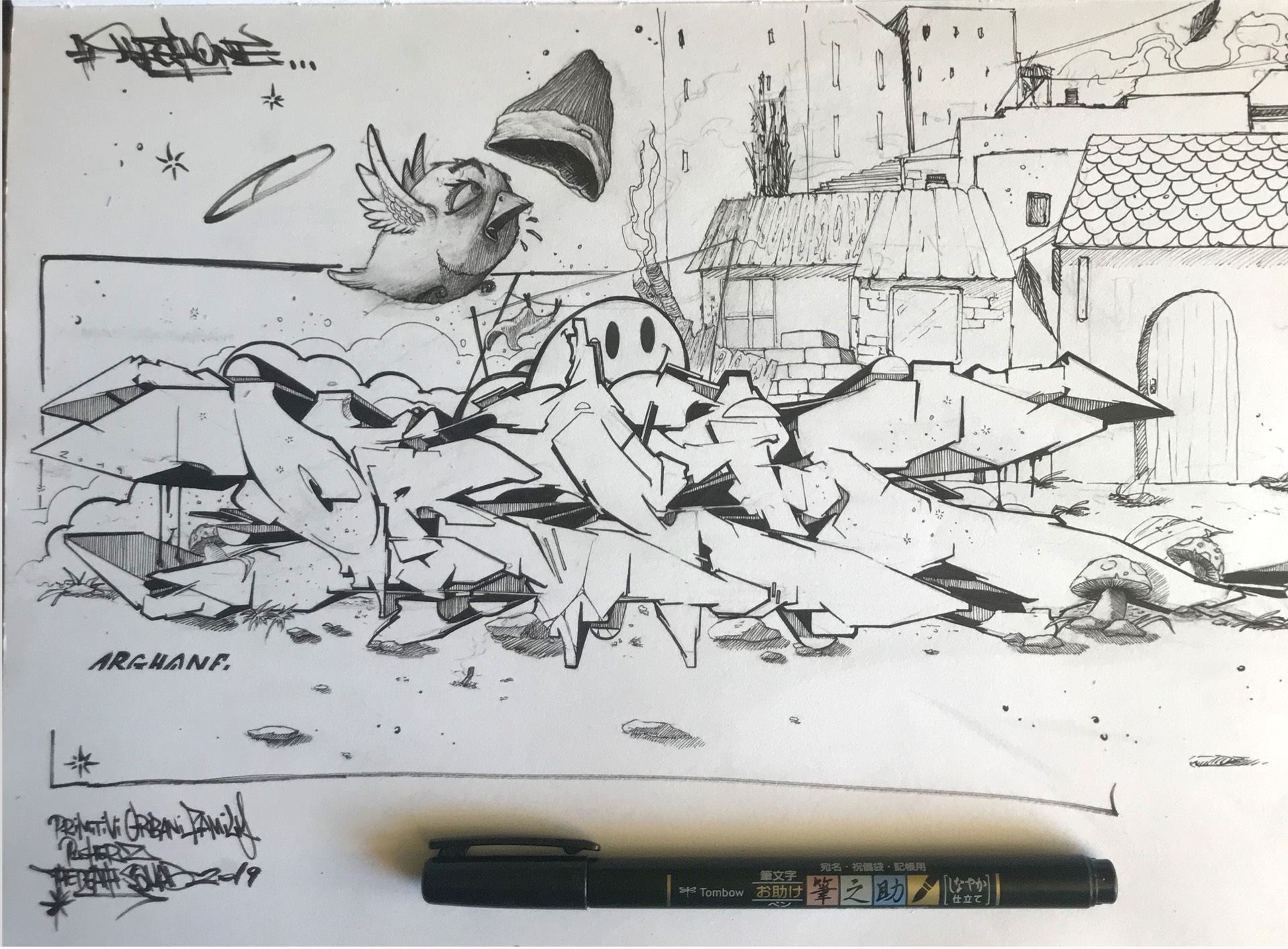 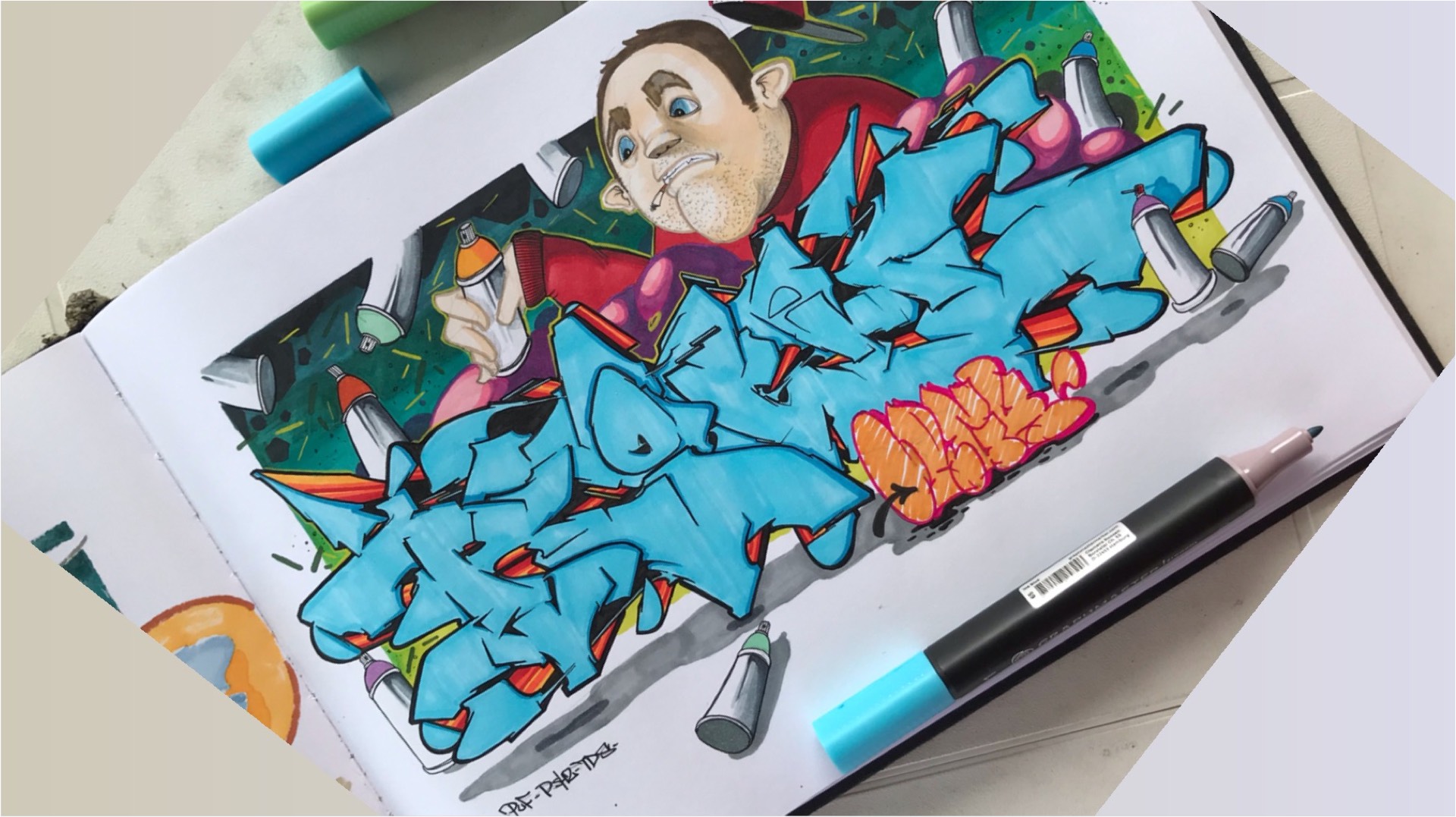 In my opinion, the most difficult thing today is not to be good, but to be long lasting. However, this can only happen if you are giving importance to what you are doing. Often the current influences cannot last long...
Orghone Interview »